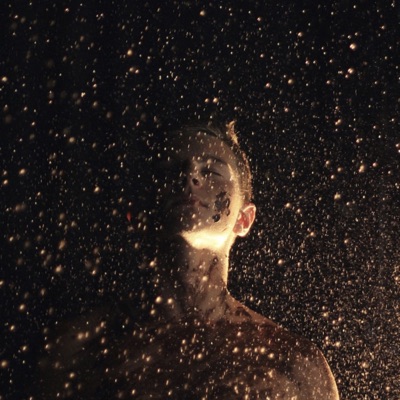 Deep, meaningful "no holds barred" conversations about the Conscious Life and about what it means to be human.Jeff Krisman has conversations with spiritual practitioners, healers, and teachers about their evolution and about what they are learning on their journeys.He also has conversations with people from all walks of life who have gone through deep transformation who share their life journeys and the most formative lessons learned along the way.There is nothing that is too deep, too dark, or too heavy.These are not the typical conversations that you hear on podcasts......these are conversations that are spontaneous, unpredictable, and that can take sudden twists and turns that go places that are unknown before the journey begins.These journeys have no map to find out the way to the destination as the destination will only be known after we arrive there.Real Conversations And Real StoriesThought ProvokingConsciousness AlteringEnlighteningNo LimitsNo Scripts
186 Episodes
Reverse 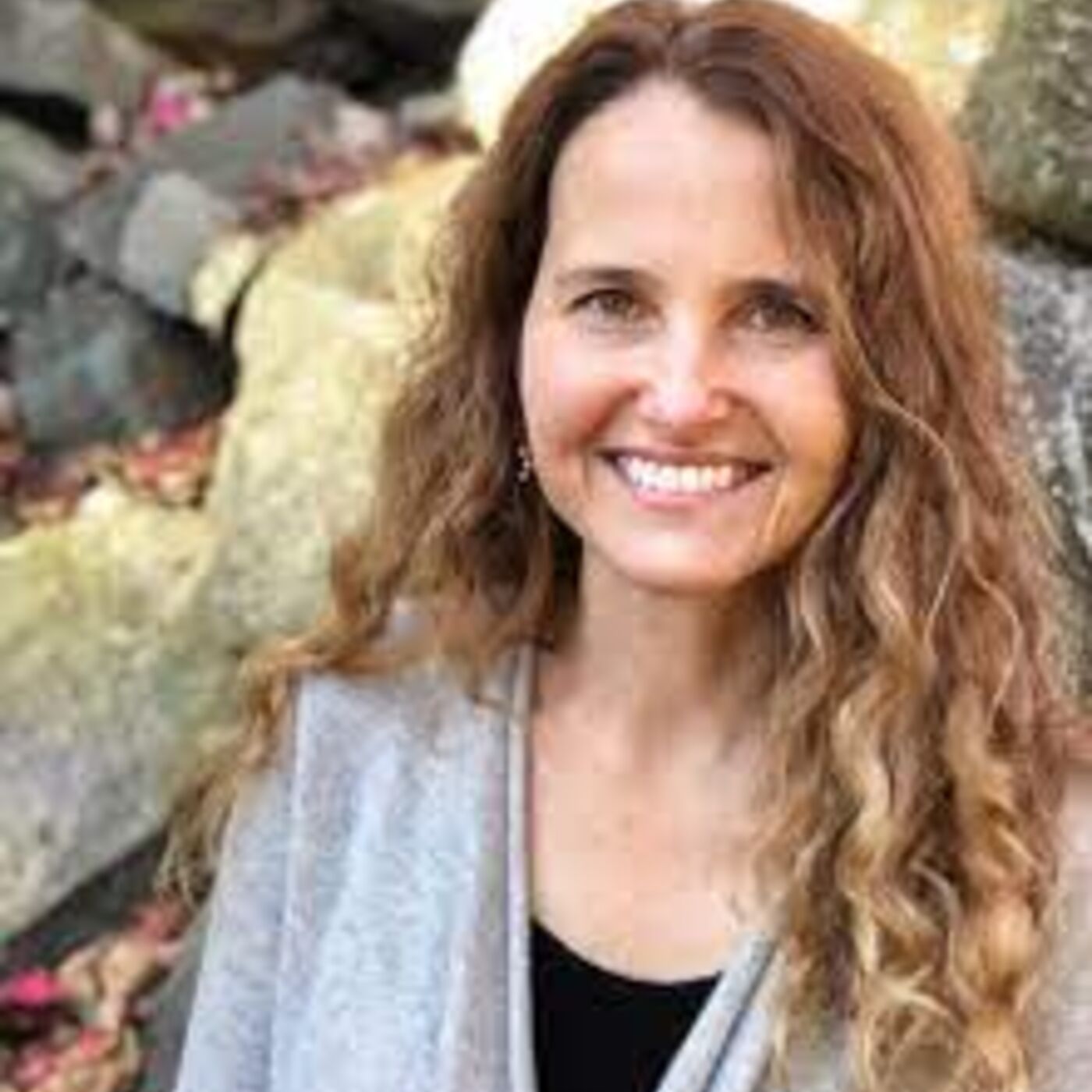 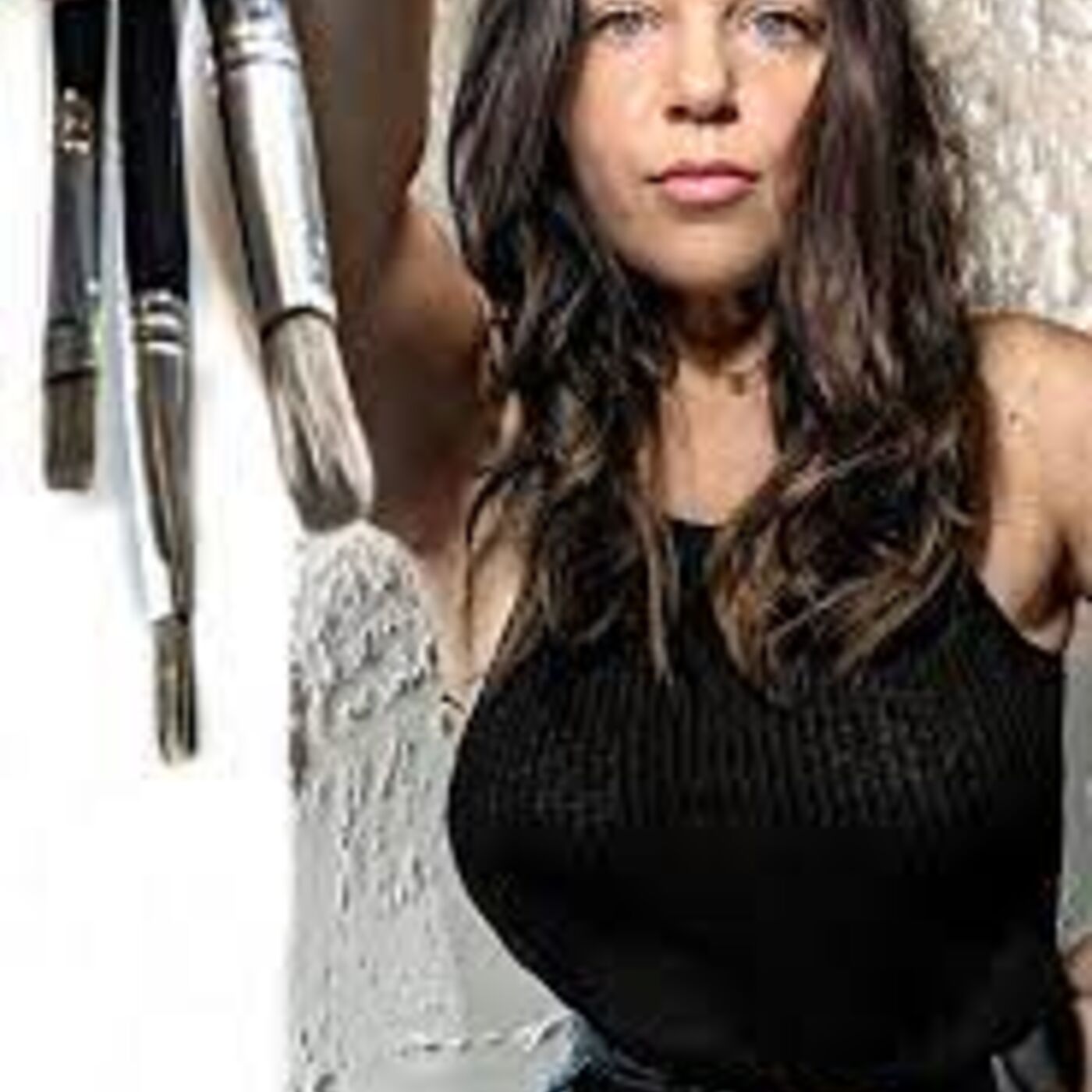 A Conscious Conversation With Andrea Martin 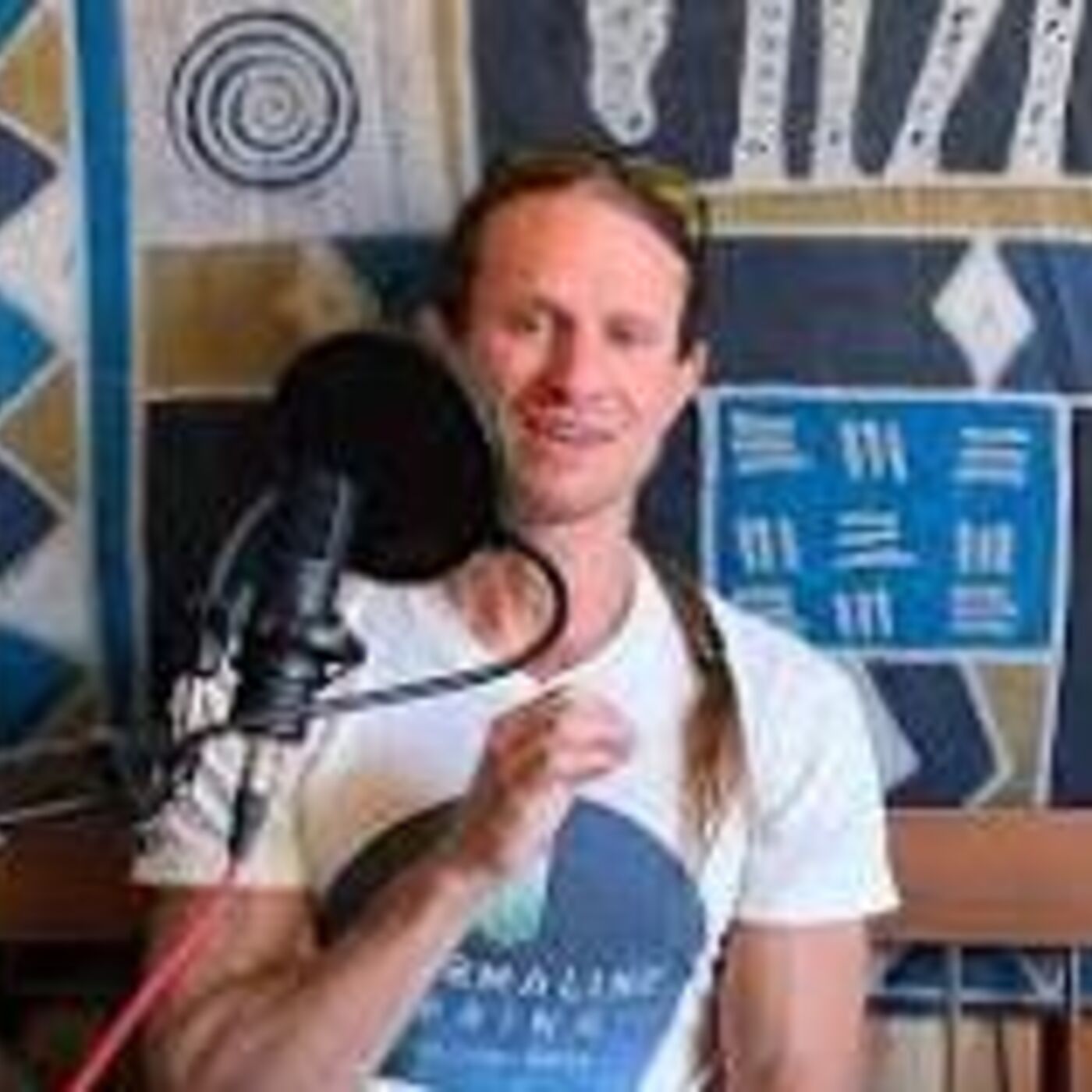 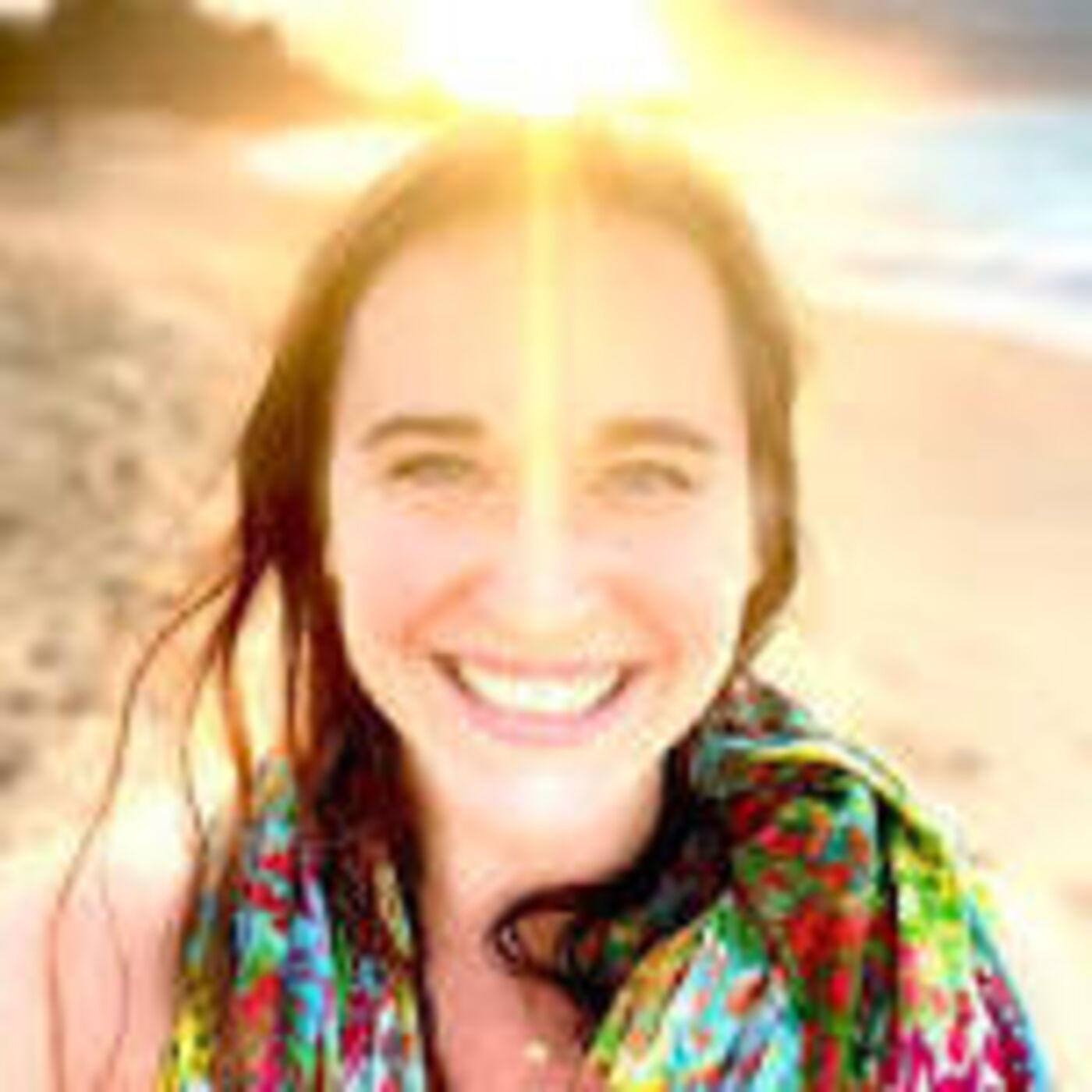 To learn more about Victoria, about her "musitations," and about her mentoring programs and Maui retreats, click the link below for all her informationhttps://linktr.ee/calmmindopenheartVictoria channels a blend of soul guidance and sacred music into unique "musitations" that bring peace, bliss and self-love. She is a UCLA-trained, IMTA-certified professional mindfulness teacher specializing in mindful habit change mentoring. Her clients find freedom from their anxiety and burnout so they can enjoy their lives again. 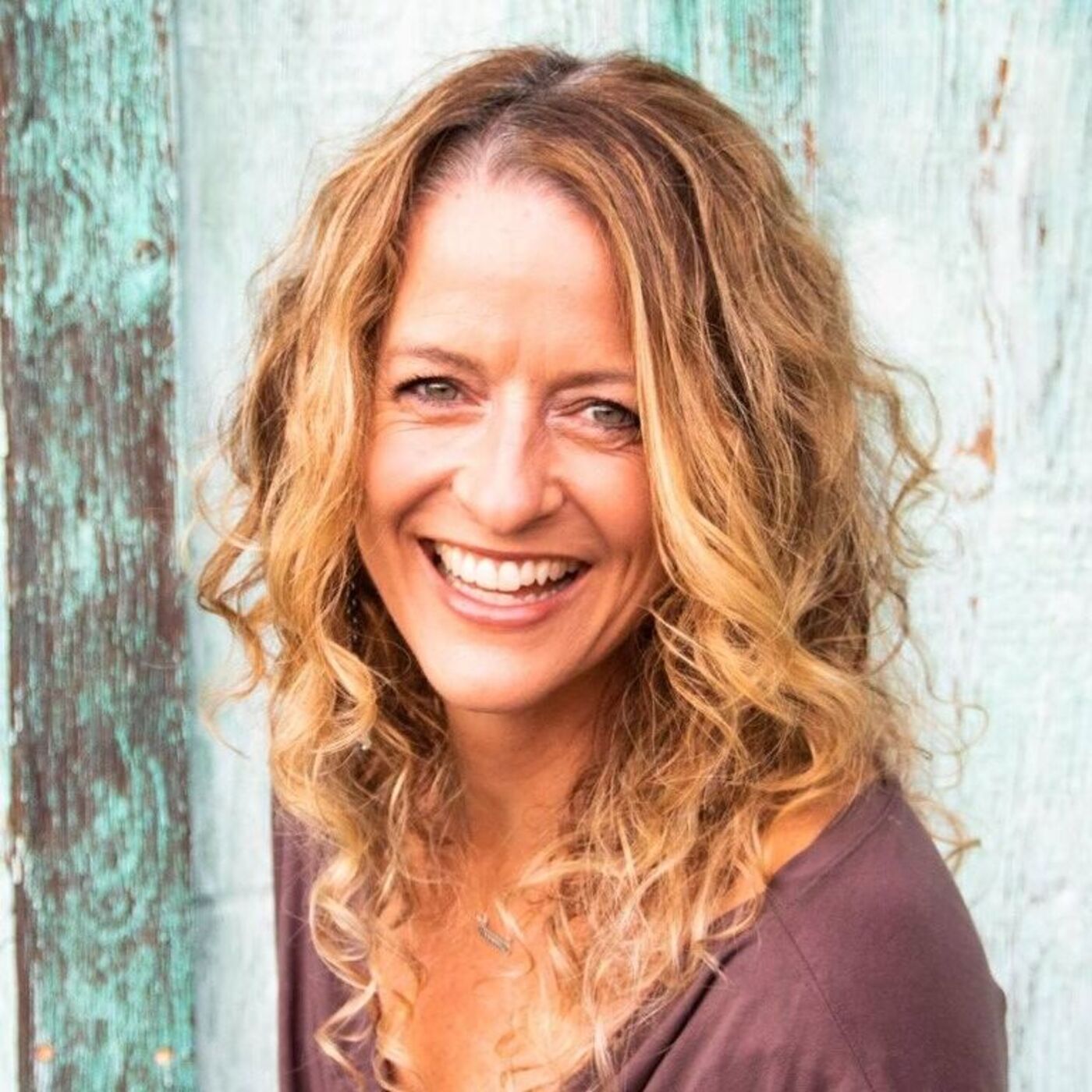 A Conscious Conversation With Whitney Freya

To learn more about Whitney and her work and to peruse her online studio, visit https://whitneyfreyastudio.comHer book, Rise Above, Free Your Mind One Brush Stroke at a Time is now available at amazon.com Whitney Freya provides practical tools and practices that help people learn to live as a Life Artist and free their minds from beliefs about limitations and scarcity so that they can create more in their lives that light them up from the inside out. 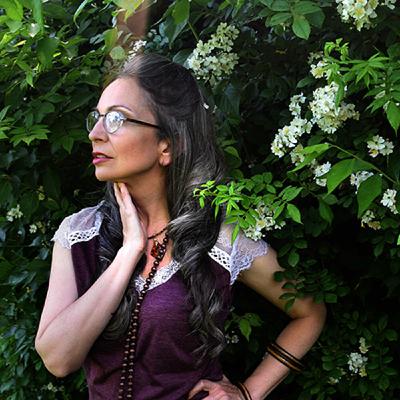 A Conscious Conversation With Rissa Miller

To learn more about Rissa and her work, visithttps://www.teaandsmoke.comhttps://www.instagram.com/teaandsmoke_byrissa/?hl=enRissa’s journey to becoming one of the most unique diviners working today began in childhood. Finding and interpreting symbols in art fascinated her. And her curiosity developed not only into a natural gift of discernment, but a warm, genuine mission to use her talents for others.No one else working in the divination space in the world offers Rissa's vision in randomized divination combined with her artistic talent. Each seeker in tea or smoke gets an original piece of art from their reading to help reveal the patterns in chaos.She was educated at New York University's Tisch School of the Arts and Western Kentucky University. Always a storyteller, she has worked at five publications (she's currently the Senior Editor of a national magazine) and has combined spiritual, artistic, and cultural exploration into her work as a professional dancer, poetess, playwright, commercial photographer, and historic tour guide. She regularly presents talks online and in-person in the Mid-Atlantic region.Rissa offers compassionate support to her clients, leaving seekers more confident and ready to find opportunities in the creative spaces of their world. She’s not out to spook or scare you – she wants to help you interpret and deal with the results of the leaves and the smoke.In this age of uncertainty, we all yearn for answers and a clear path. Rissa's knowledge of the esoteric helps cast light into the shadows. 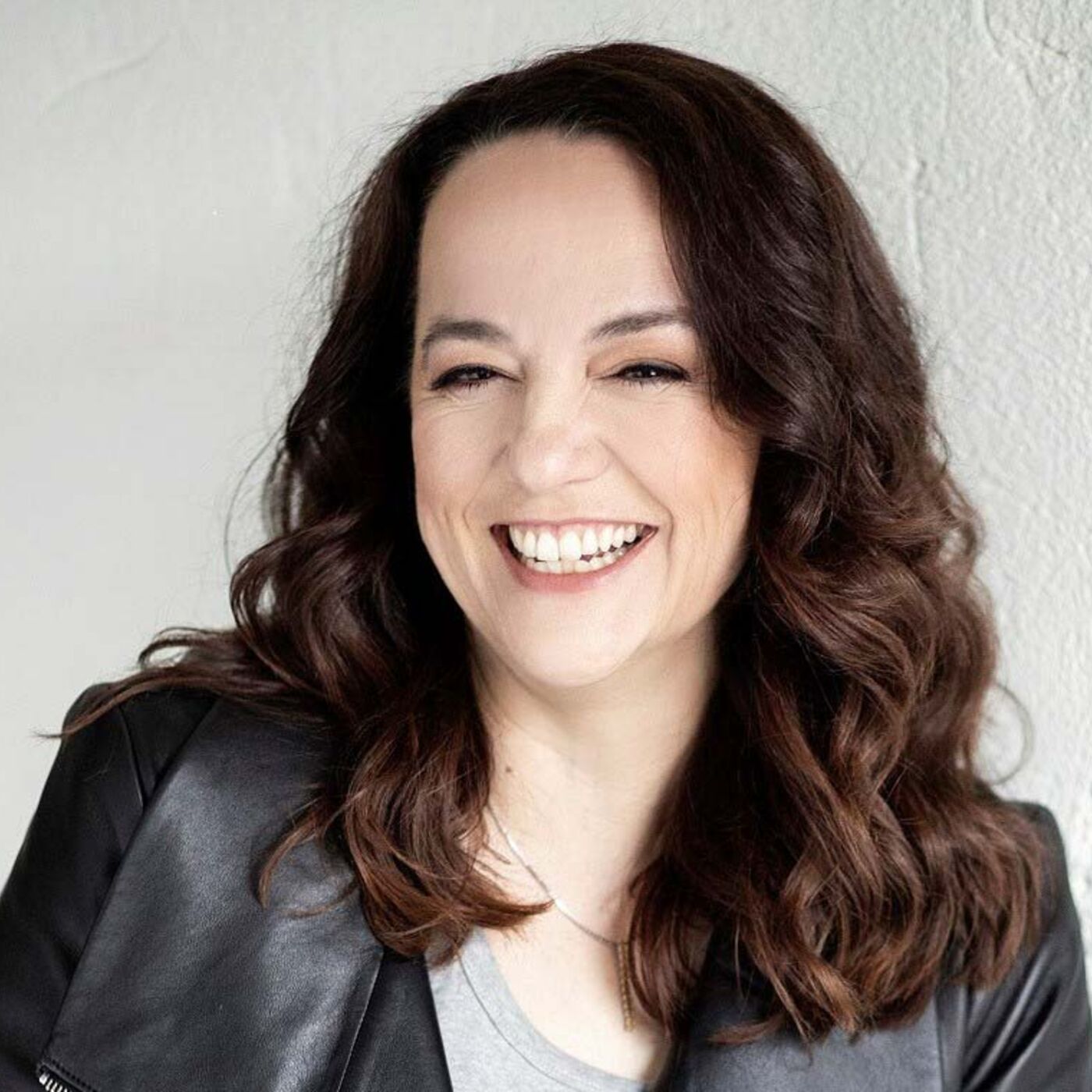 A Conscious Conversation With Angie Hooper

Angie Hooper is the founder of Happy at Law and creator of The Forgiveness Path and the Happy at Life HABIT. She shows her clients how to break free from being stuck in a "grudge loop" through the step-by-step process of forgiveness. She teaches executives, entrepreneurs, lawyers, and leaders how to find their confidence, break free from the "suck it up buttercup" burnout cycle, and burnout-proof their businesses and careers.Angie is a founding contributor to the Onest Network. Her show, The Leadership HABIT can be found on the Onest Network, streaming on Roku and Fire TV. She graduated from SMU Dedman School of Law and the UTA honors program, licensed to practice law in Oklahoma and Texas, and is a Certified Professional Coach, a COR.E Performance Dynamics Specialist, and an ICF-certified coach. https://angiehooper.com/apply to book a free intro coaching call to see if it's a fit to work with Angiehttps://www.linkedin.com/in/angie-hooper-jd-cpc/https://www.pinterest.com/angiehoopercoaching/https://www.instagram.com/angiehoopercoaching/ https://www.linkedin.com/company/angiehoopercoaching/ https://www.facebook.com/happyatlife/ 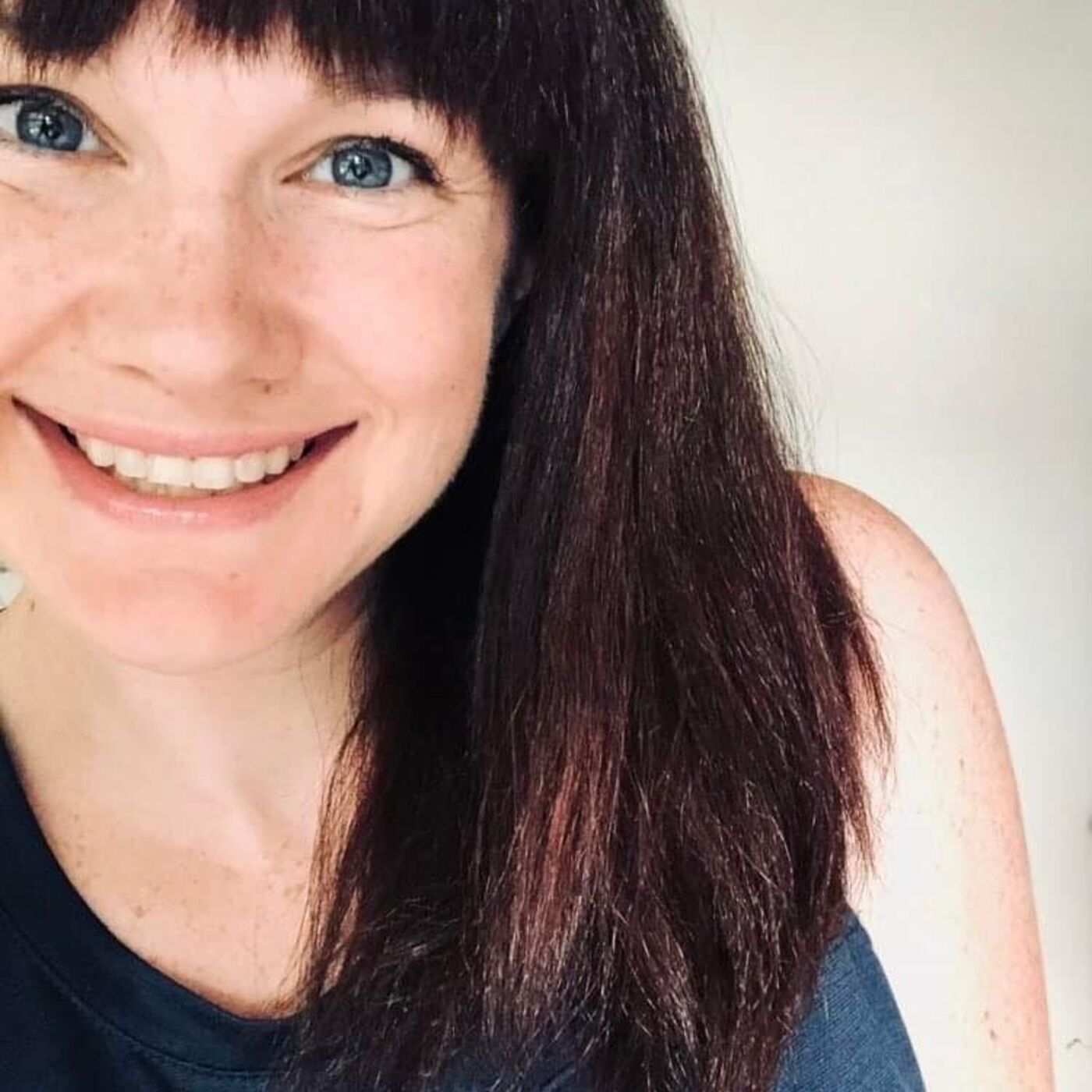 A Conscious Conversation With Jennifer McKinney-Miser 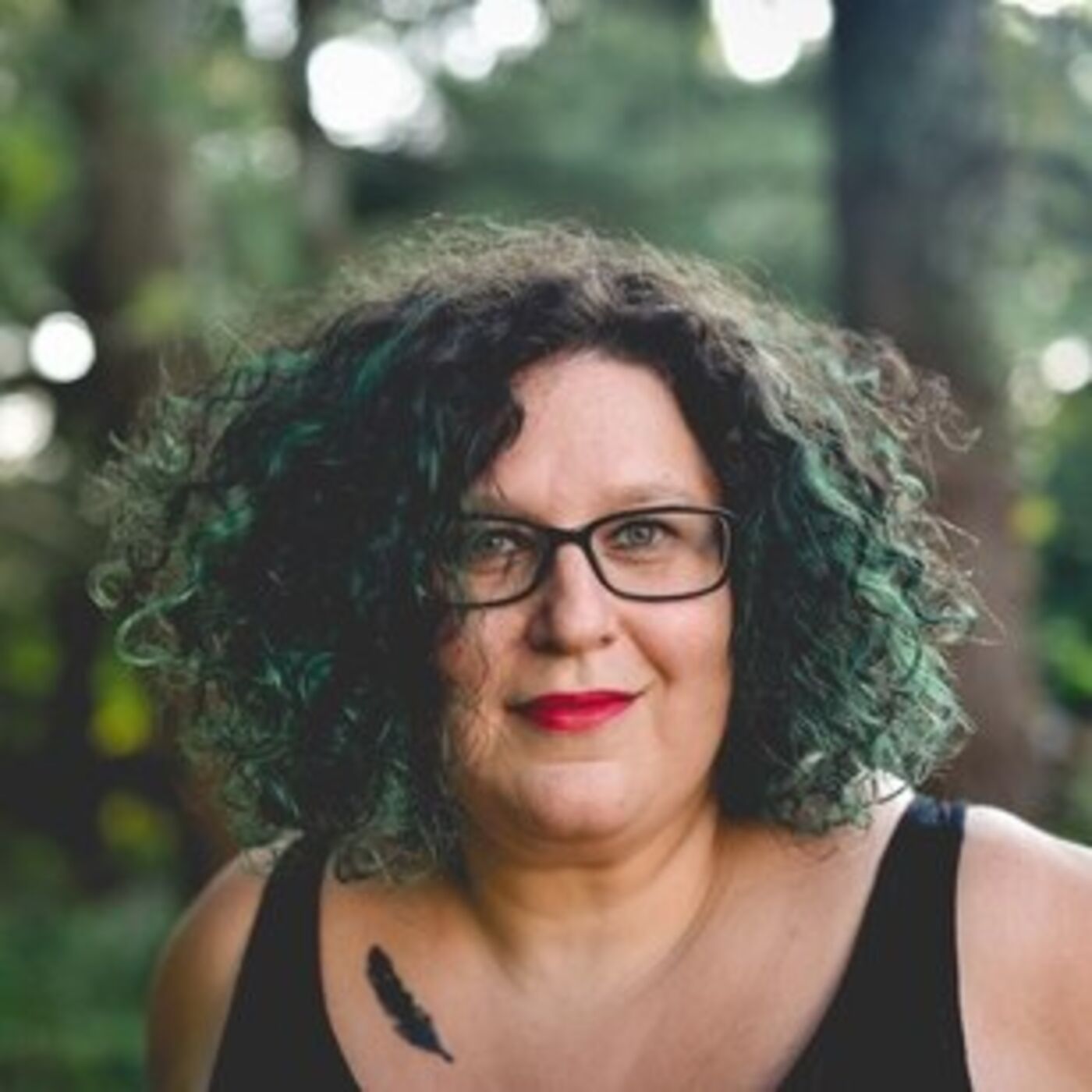 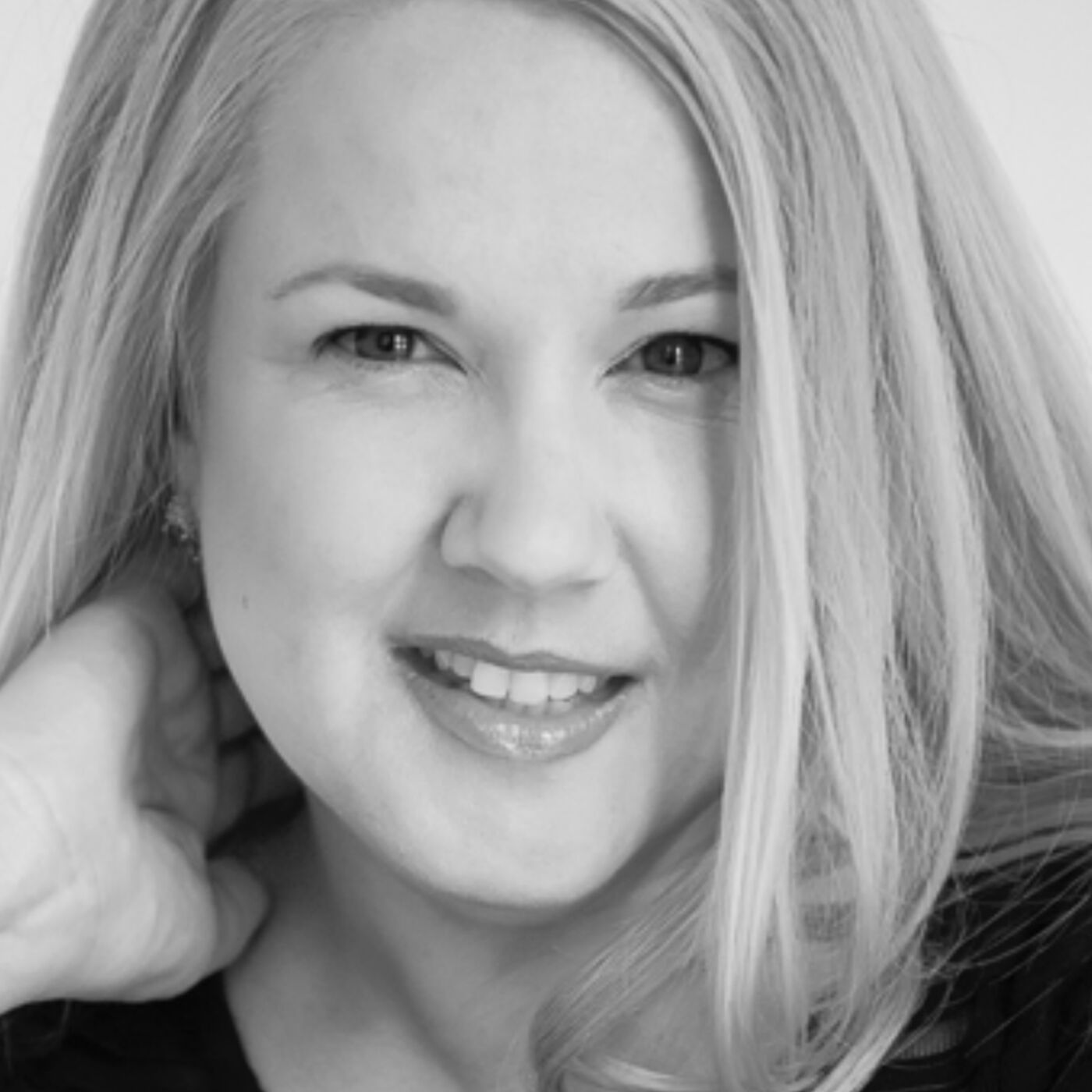 A Conscious Conversation With Maria Verdeschi

To learn more about Maria and her work, visithttps://www.mariaverdeschi.comTo learn more about Maria's book, There Is No Death, Only Life, visithttps://www.mariaverdeschi.com/no-death-only-lifehttps://www.facebook.com/mariaverdeschihttps://twitter.com/MVerdeschihttps://www.instagram.com/mariaverdeschihttps://www.tiktok.com/@mariaverdeschihttps://www.mariaverdeschi.com/podcastMaria Verdeschi is a highly regarded Psychic/Medium, Speaker, Teacher and Coach with clients all over the world. At age four when living on Long Island, she started picking up on spirit, and she has been working in the field for well over a decade.Maria is known for her accuracy and detailed information from spirit and delivering the messages with kindness and compassion. Many simply state, “She is the real deal.” From the minute you step into a reading with Maria, she will make you feel relaxed and at ease. Maria explains to you how to be a good sitter. She will tell you about her process in giving a reading and includes examples.Maria is also the best-selling author of There Is No Death, Only Life, with a foreword written by Celebrity Medium Thomas John, and Maria is one of the authors in the best selling book The Last Breath.Maria has a podcast Hello From The Other Side, and is on Blog Talk Radio with her show Reading The Signs.Maria teaches classes on Mediumship, Connecting with Your Loved Ones in Spirit, and Meditation and Manifesting. Maria also has a coaching and mentoring program.Maria has mentored and done many events with Celebrity Medium Thomas John, and mentoring and classes with Andy Byng.Maria is compassionate about people understanding the simple truth of “There is no death, only life” It's “ Until We Meet Again .” 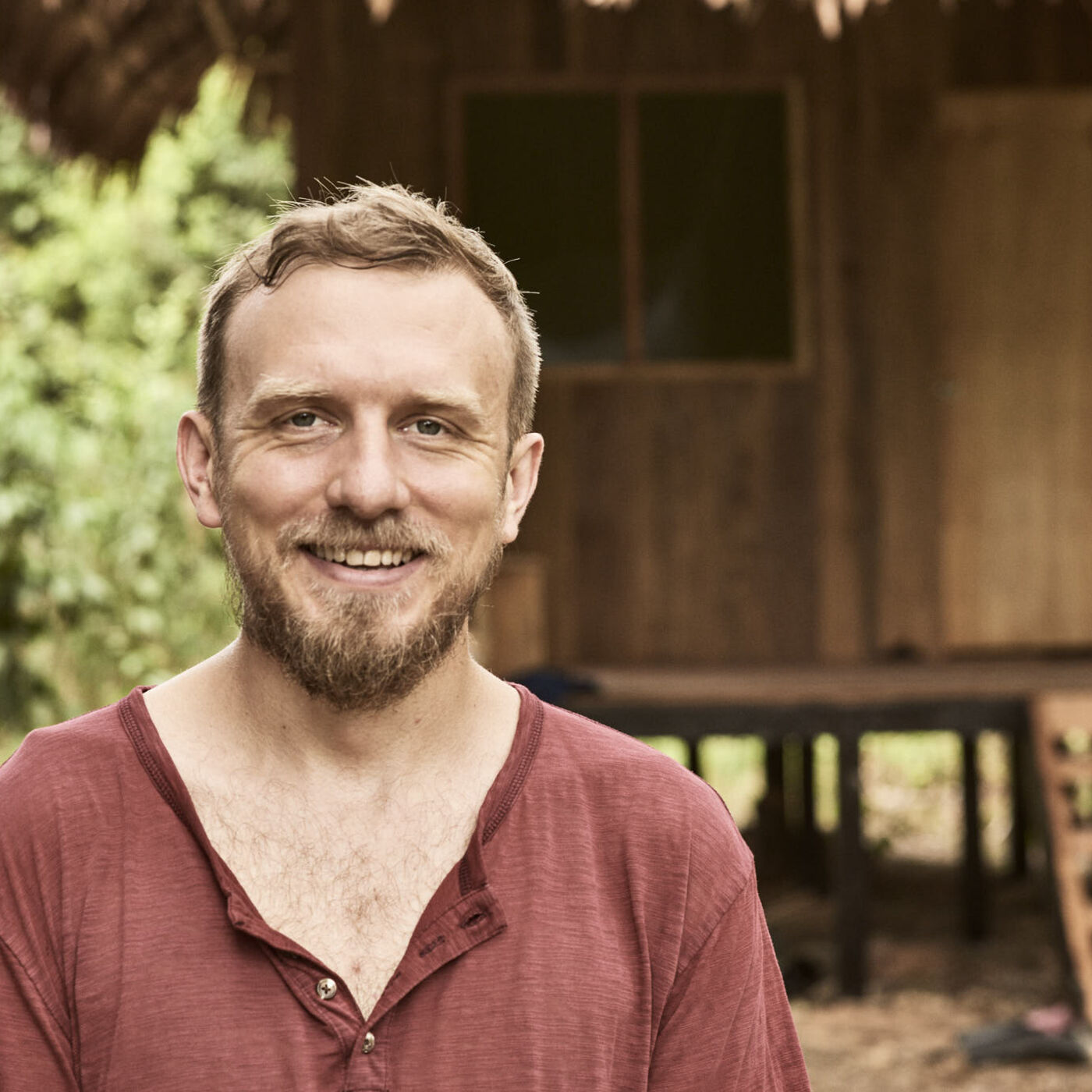 A Conscious Conversation With Michael Thornhill

To connect with Michael and to learn more about Casa Galactica, visitwww.casagalactica.comTo learn more about their 10-Day Ayahuasca Healing & Evolution Retreats, visitwww.casagalactica.com/ayahuasca-retreats-pisac-peruMichael Thornhill, is co-founder of Casa Galactica in Peru. Michael is a trauma-informed plant spirit healer, professional channel and non-dual teacher. Recovering from addiction, trauma and abuse have been a big part of Michael's own healing journey. He now dedicates his life to helping others heal themselves.Casa Galactica offer Ayahuasca Healing and Evolution Retreats, online private sessions and group programs for dedicated inner-truth seekers and multidimensional healers. A Conscious Conversation With Priestess Francesca

You can find out more about Francesca and her work on her websitehttps://www.priestessfrancesca.comExclusive for listeners:Use code "Candle Flame" in the website chat function to receive a sacred sexuality practice from Priestess Francesca's personal collection. 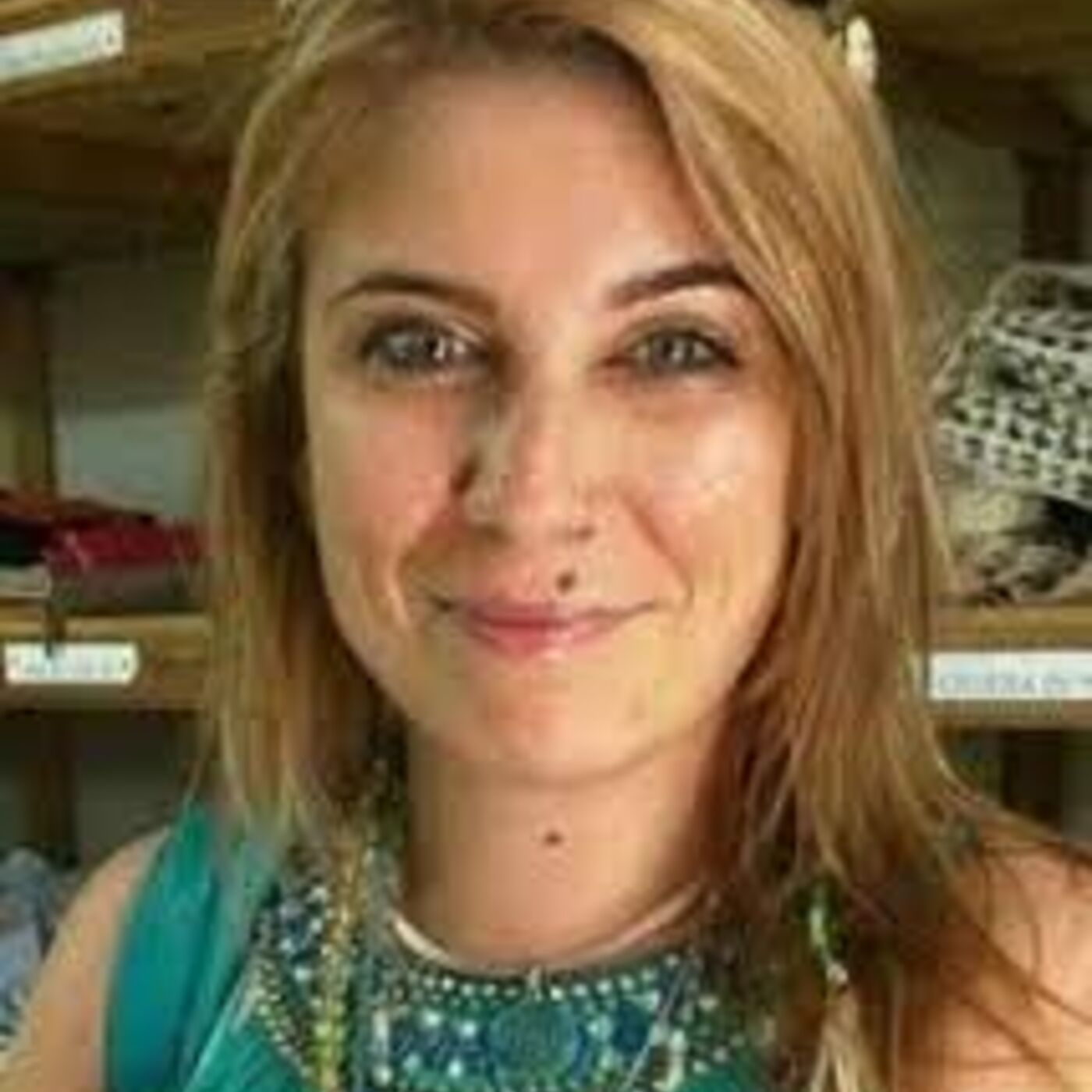 A Conscious Conversation With Alisha Braché

To learn more about Alisha and her work, visithttps://www.cosmicg8way.comhttps://www.newearthchildren.orgFrom a young age Alisha was very in tune with her healing and psychic abilities. 20 years ago she started formal studies to develop her intuitive and healing gifts. Over the years Alisha trained in all forms of esoteric and energy techniques (Psychic Mediumship, Trance/Channelling, Energy Healing, Past Life Regression, Reiki, Quantum Healing & many more.)Alisha is also a qualified Holistic Living Counsellor. Since graduating she set up her own practice and have assisted hundreds of clients towards their path of self-mastery.Over the years of travels, studies and working one-on-one with her clients, Alisha formulated her own Energy Alignment techniques which assist with the relief of things like anxiety, depression, fears & phobias, trauma, past life blockages, direction & purpose, physical ailments and much more.Her work now specialises in Energy work to assist people on their own Spiritual Awakening process and Ascension journey.In particular ~ part of her work is specialised to Divine Partnership connections and the children which can come through this Union - Divine Birth as known throughout history, what she calls the ‘ancient way’ returning in various different ways.Alisha is very passionate about supporting people to their own Personal Mastery and becoming more in alignment with their soul’s purpose which assists transitioning humanity towards a better future. 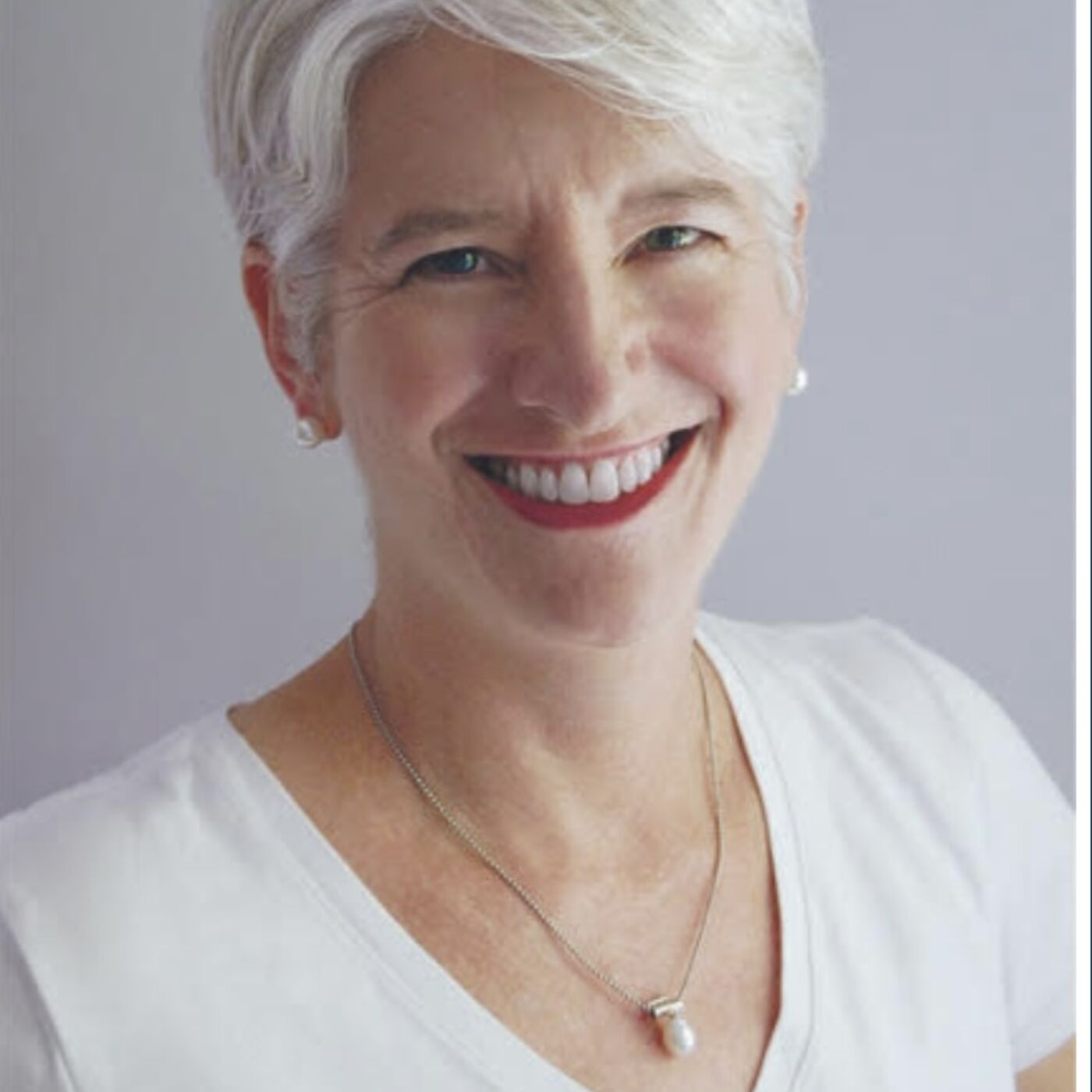 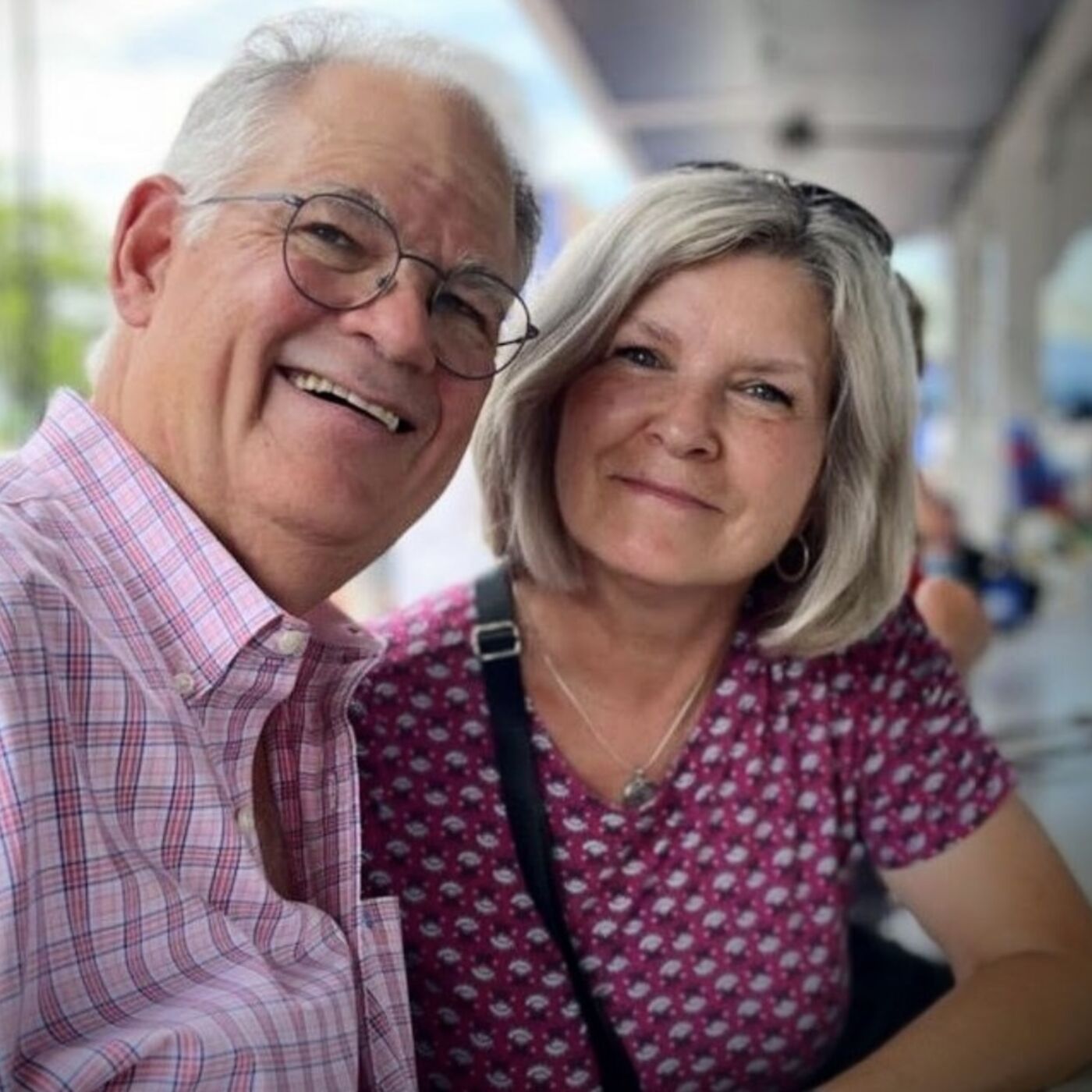 To learn more about Dave and Carla, visithttps://thegiftofpastlives.comTo learn more about their four books, visithttps://thegiftofpastlives.com/booksDave and Carla are like-minded souls. They have been close friends since 1998. The two have a spiritual kinship that has taken them through 29 past lives together.The story they tell in The Gift of Past Lives with Mother, Isabella, God and Elizabeth aims to liberate people from the traps of conceit, jealousy and selfishness and choose love in all actions.David BettenhausenDr. Dave serves as the vice president of medical affairs at a small Midwestern hospital. Whether he is at the hospital or his private practice, he daily coaches his patients about their well-being mentally, physically and spiritually. He believes in a holistic approach to life and regularly lectures and conducts discussions with groups of patients and physicians on healthcare. He has a personal interest in the stages of grief with death, dying and spirituality. Before he entered medical school, Dave practiced as a registered nurse for ten years.After years in private practice as a physician in Ohio, Dr. Dave was approaching personal burnout. He had always valued being a positive example to his patients, and as his life became less joyful, he felt he was no longer doing that. He had weight issues, and his life was spiraling downward. Carla, as his office manager and friend was the vessel that carried Dave to meditation and the ultimate healing of himself. Meditation led both of them to an encounter with a set of wise spiritual beings known as Mother, Isabella, God and Elizabeth, which revealed many past lives to Dave and Carla. Through the insights Dave received during meditation, he underwent a personal transformation and regained his sense of self, which led to a weight loss of 116 pounds. He again found his joy in practicing medicine and with his patients.Carla Bogni-KiddCarla Bogni-Kidd has been on a lifelong journey of spirituality, always seeking her purpose and very often serving as a vessel for others’ journeys. The theme running through her life has been to help others—that is where she feels the happiest.Carla is quite comfortable speaking with people about their innermost feelings and challenges. Her closest friends have often referred to her as their personal counselor.

To read the article that this conversation is based on, visitRealities that Emerge Through the Evolution of the Experiential Realm - 3 Quarks Daily 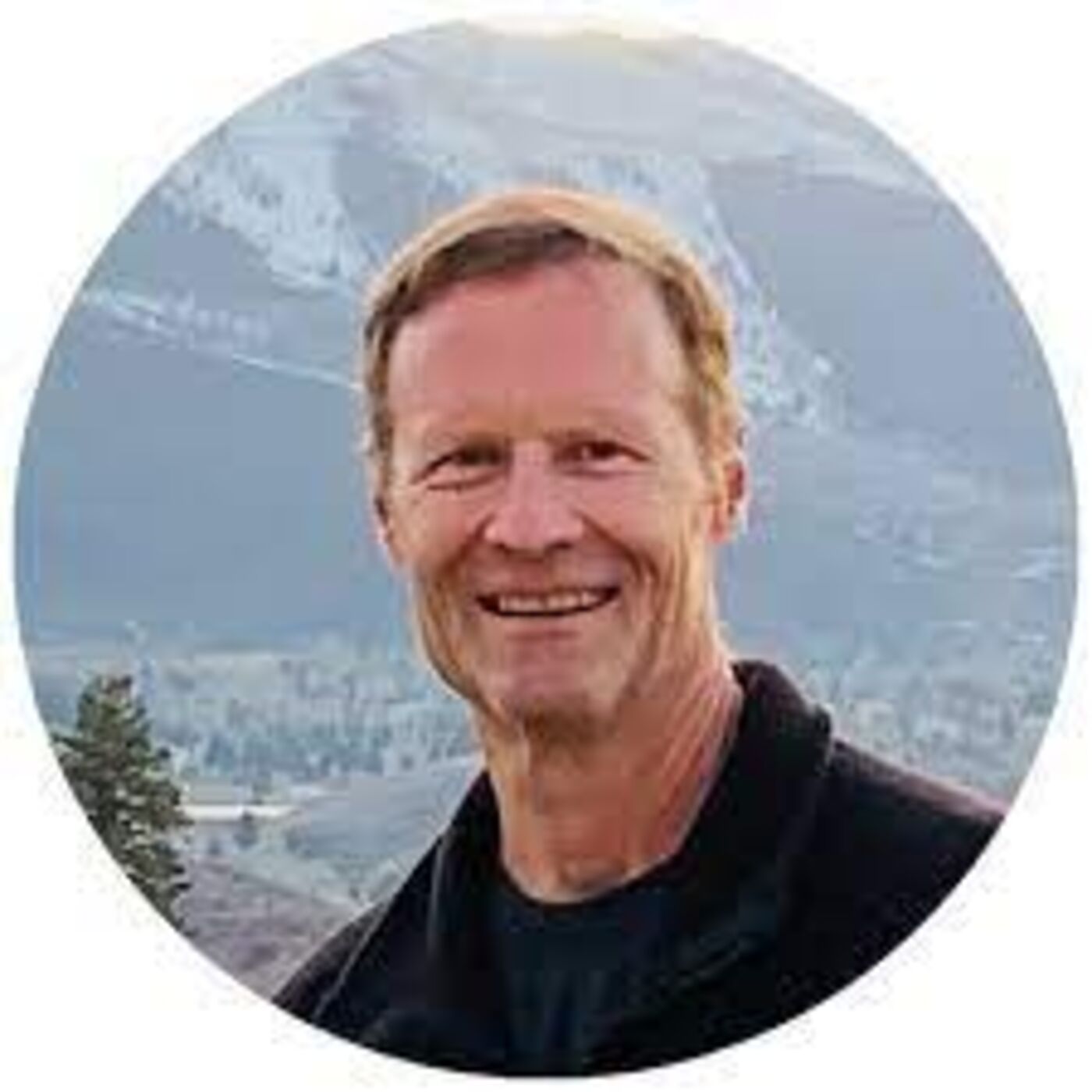 To learn more about John, visithttps://johndavidlatta.comTo learn more about John's book, The Synchronicity Of Love, visithttps://johndavidlatta.com/synchronicityJohn David Latta is a mystic, author, teacher and successful founder and CEO of a multimillion-dollar consumer products company. In his first book, The Synchronicity of Love, he shares his extraordinary stories of the radical transformation he underwent when he began to follow the path of the Heart Center with sincerity and earnestness. His stories inspire, uplift, heal, shock, unite, awaken and transform. John also teaches intimate workshops on leadership, healing, transformation, love, synchronicity, wisdom and awakening that unite and expand human experience. He lives with his wife Wendy in Redmond, Washington. 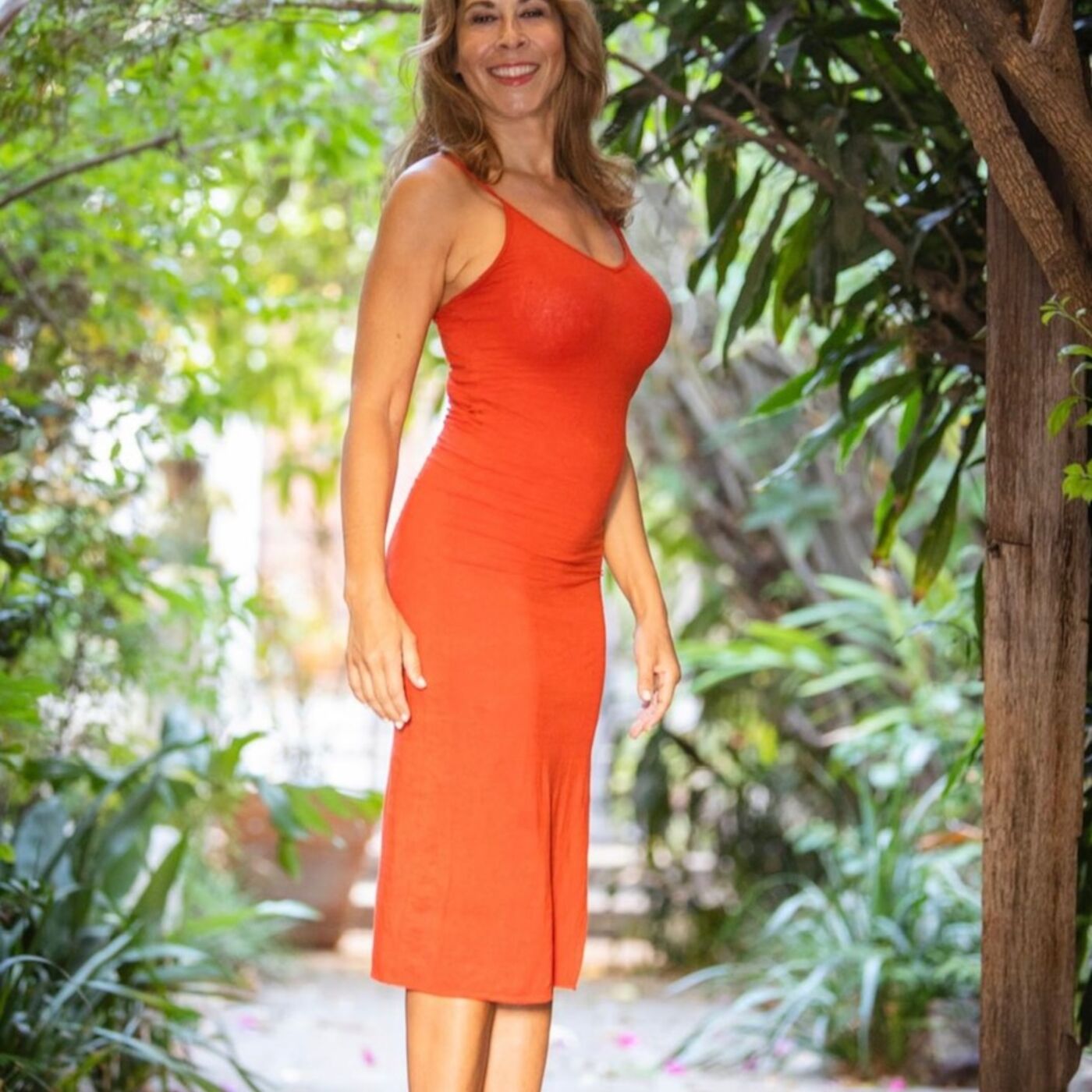 A Conscious Conversation With Jessica Kahn