Denise Walsh is a proud wife and mother, former clinical psychologist, motivational speaker, and multi-million-dollar-earning entrepreneur. The Dream Cast combines science and scripture to support you as you dive into your God-given purpose, build a business you love, and design a life of your dreams. Purchase Design Your Dream Life or Daily Journals at https://denisewalsh.com/books/.
237 Episodes
Reverse 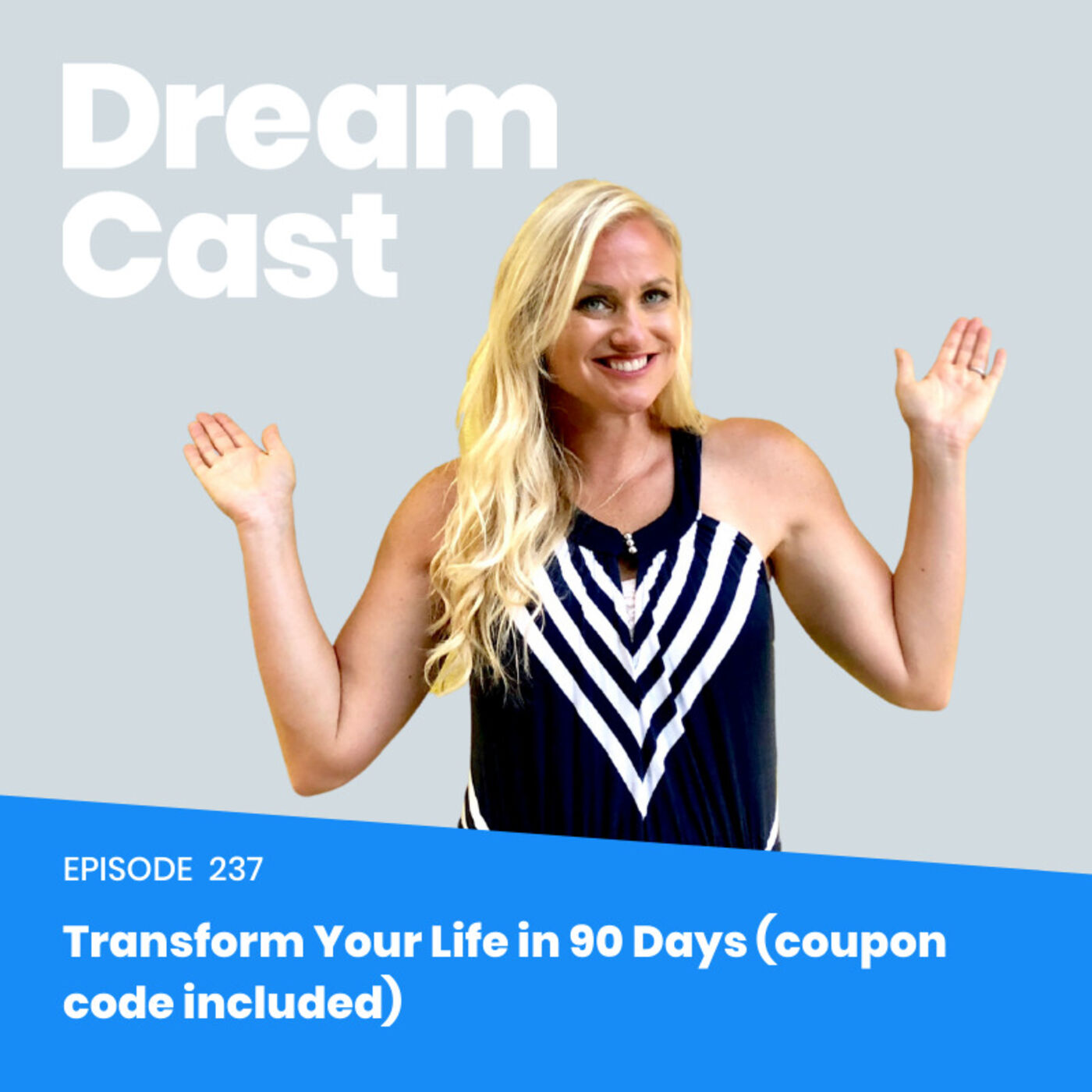 I would love to have you join in on this next round of 90 Day U Turn! Details, pricing, and link to join below!www.90DayUTurn.com Coupon Code - VIP Let's hang out LIVE in October!  You are invited www.DreamLifeRetreat.com Overcome Self-Sabotage Webinar - https://youtu.be/M7MHlUzrLgwSupport the show (http://paypal.me/bwalsh) 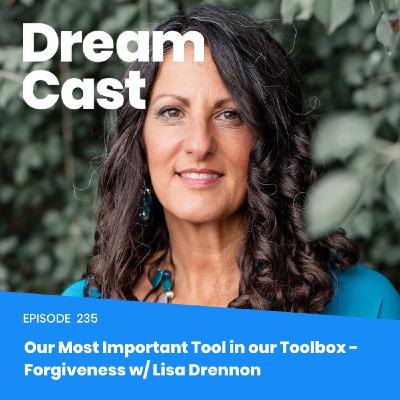 Ep. 235: The Most Powerful Tool in our Toolbox - Forgiveness 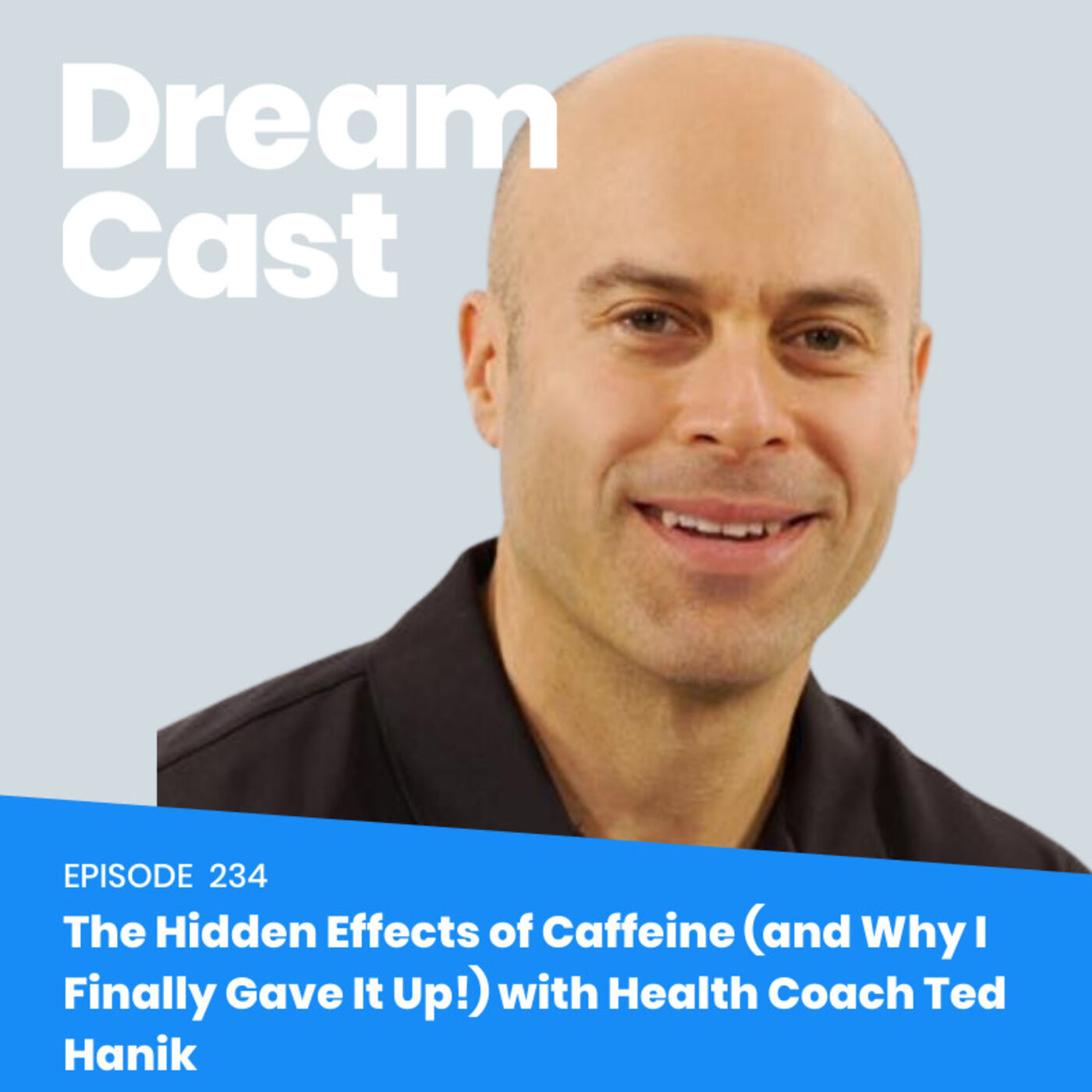 Ep 234: The Hidden Dangers of Caffeine (and Why I Finally Gave It Up!) 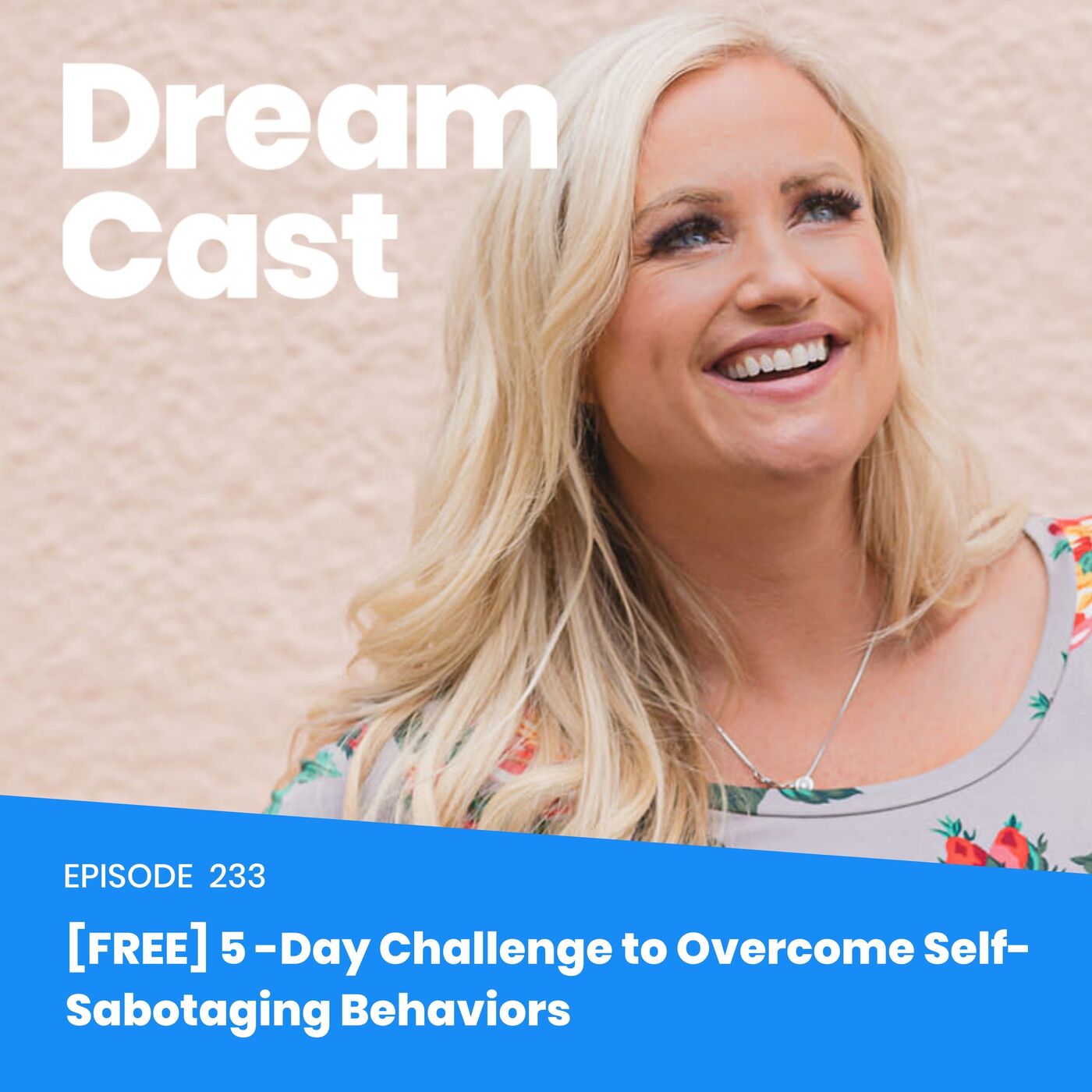 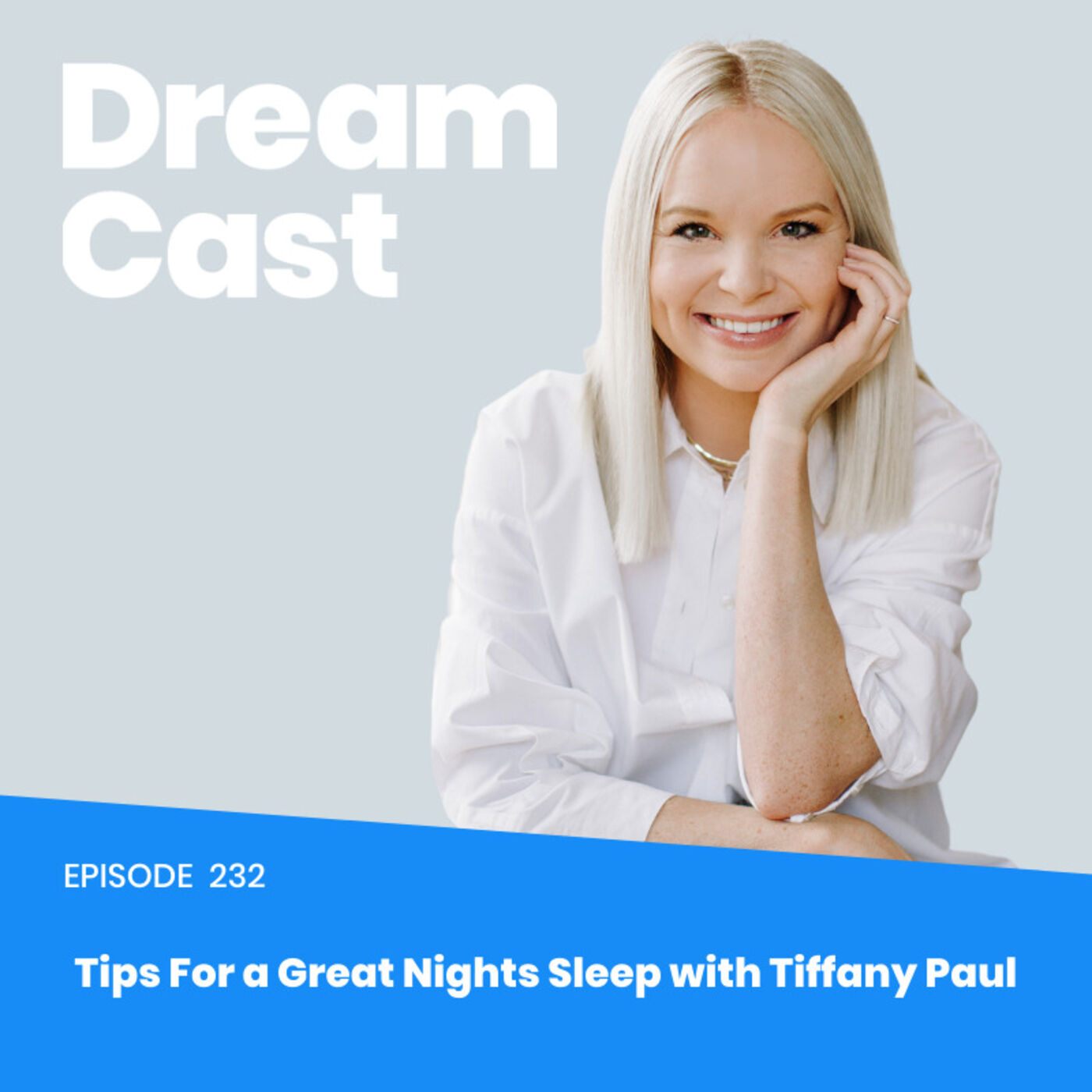 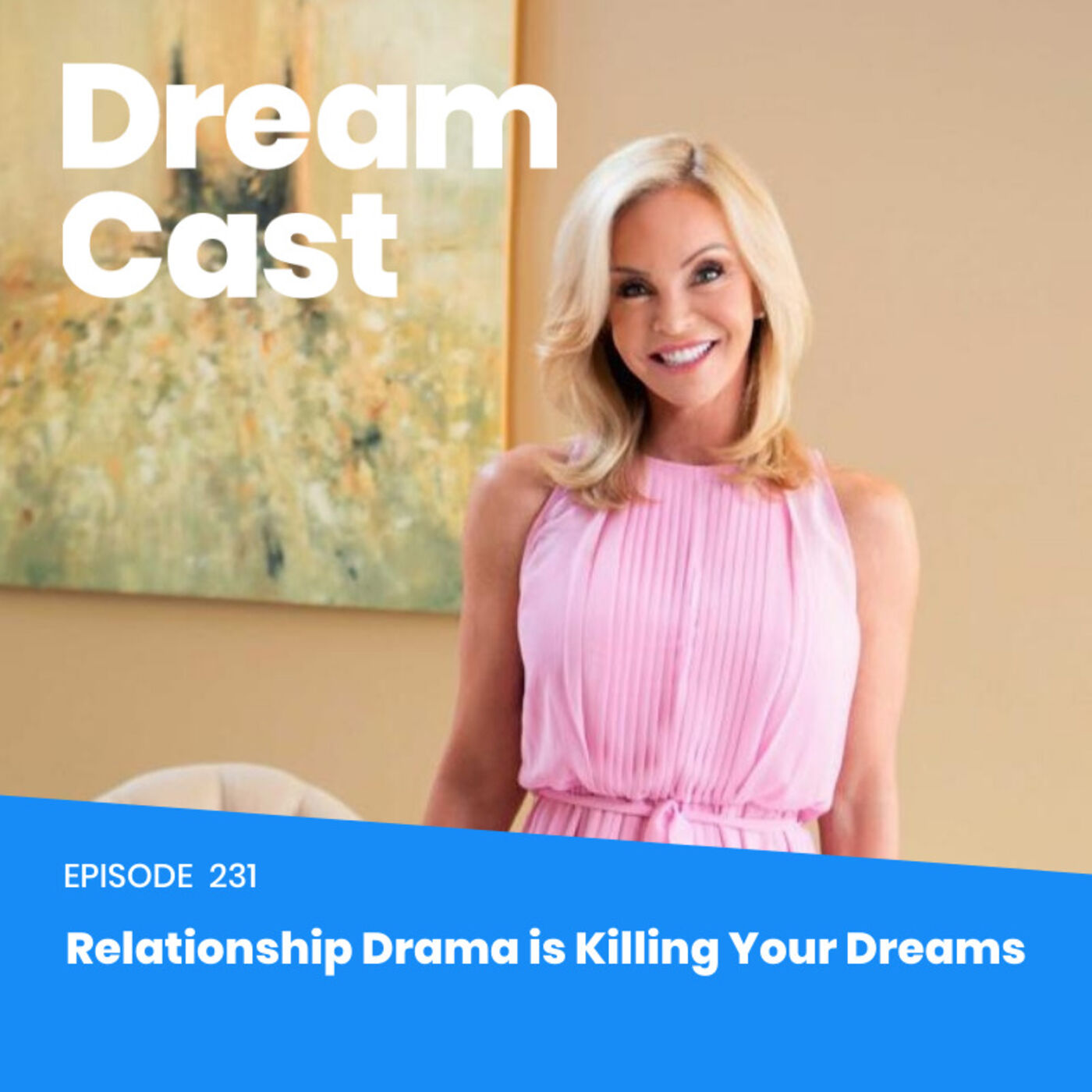 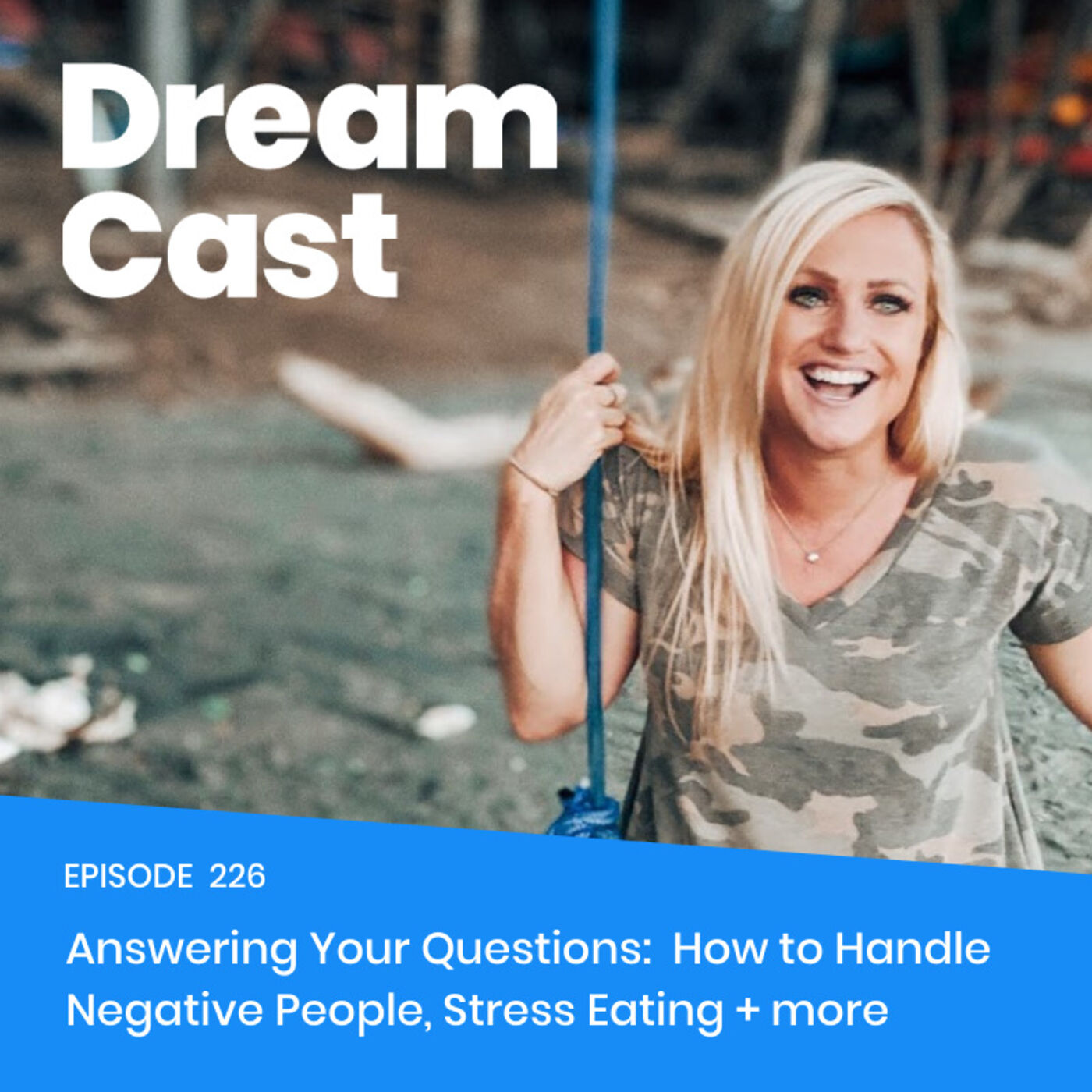 Ep: 229 Answering Your Questions: How to Handle Negative People and Stress Eating + more 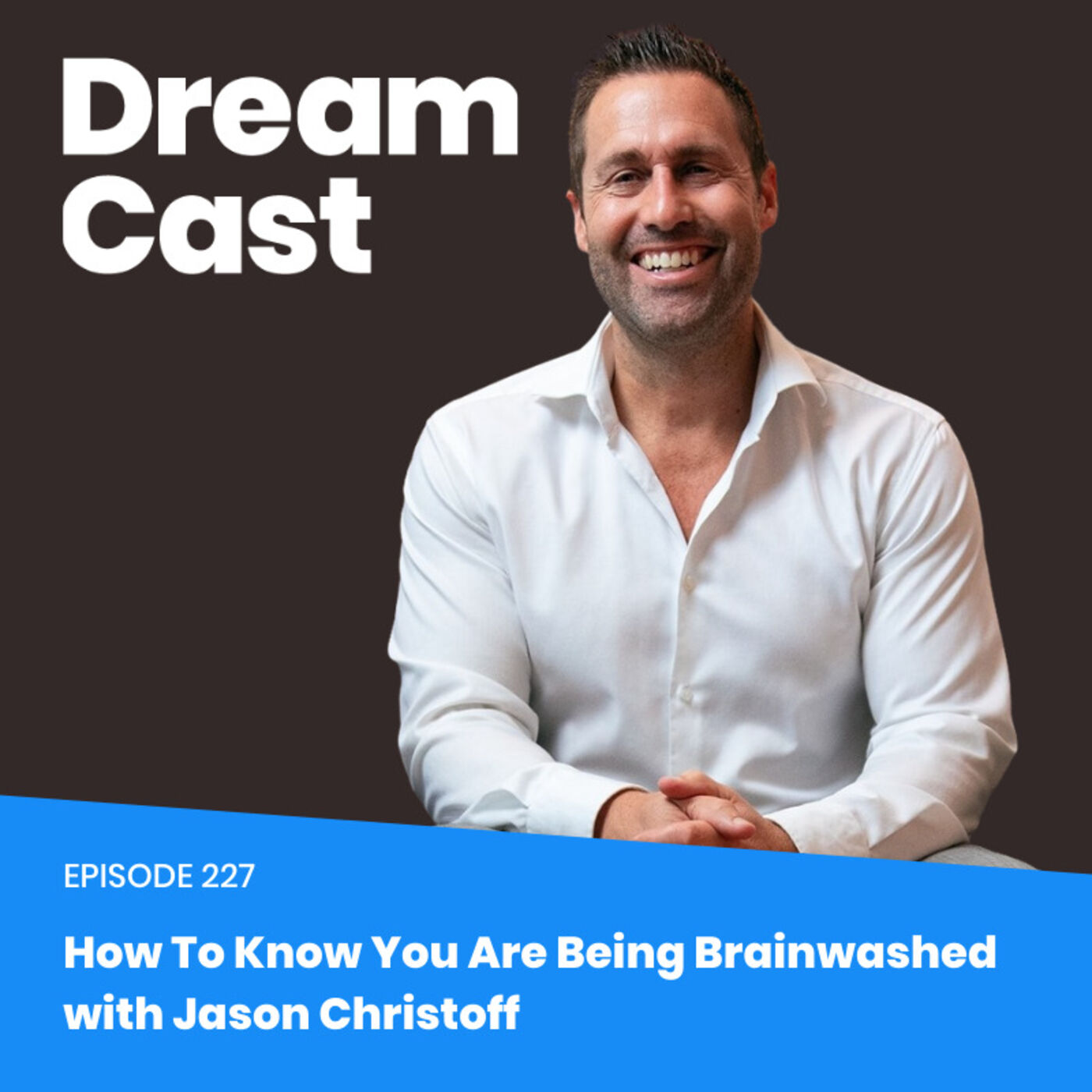 Ep. 227 How To Know If You Are Being Brainwashed with Jason Christoff 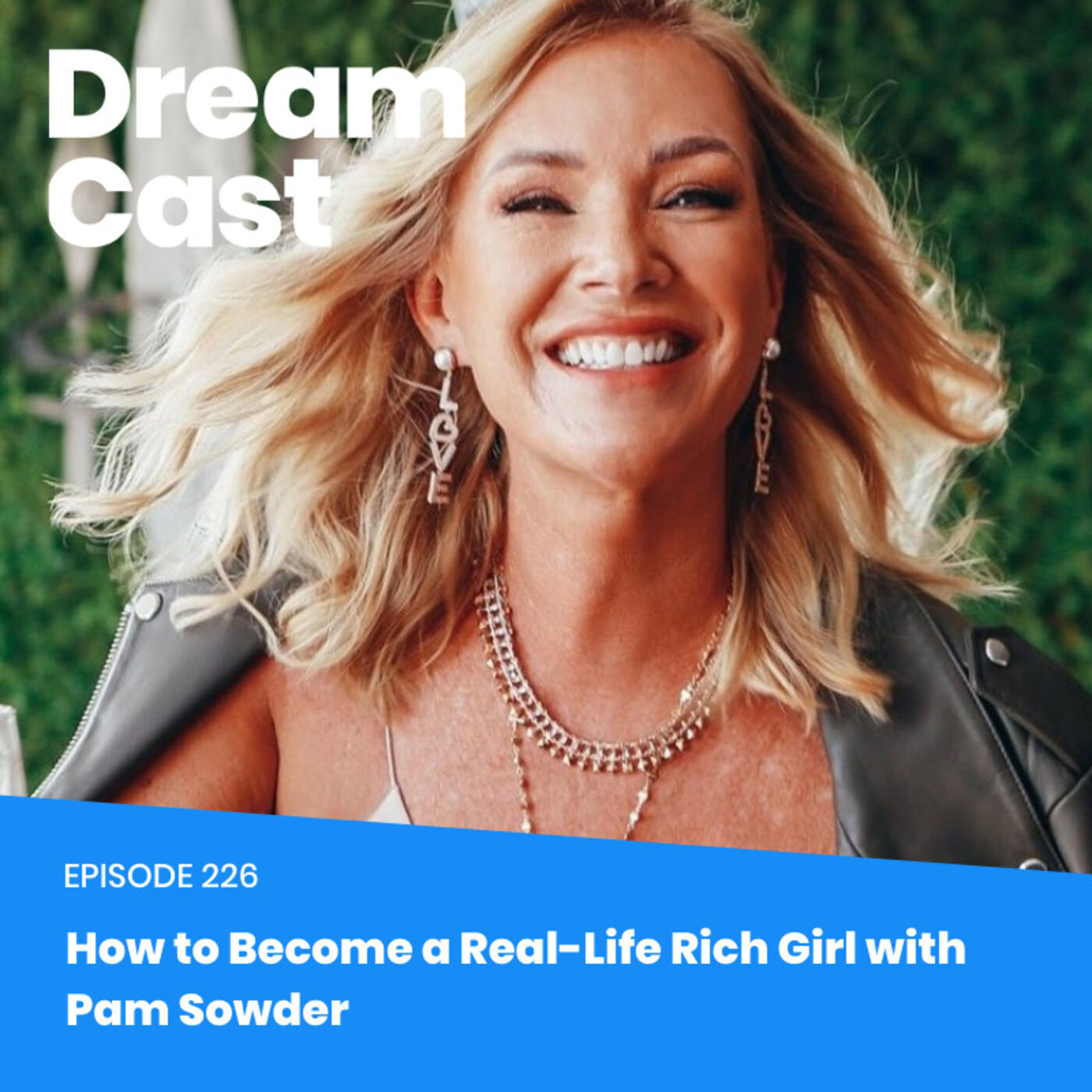 Ep 226: How to Become a Real-Life Rich Girl with Pam Sowder

http://richgirl.com/Pam has been my mentor for over 14 years and still continues to inspire me to learn, grow, and give to the world.  Grab her newest book - "Rich Girl, Poor Girl" today!Support the show (http://paypal.me/bwalsh)

Ep 225 - Seizing the Window of Opportunity with Brian Biro

https://www.brianbiro.com/Seize the woo(Window of Opportunty)And Control Your ControllablesIn this unprecedented and uncertain time, I am inspired to help everyone I possibly can to maintain their spirits, bring a bit more light and positive focus into each day, and to provide a spark to ignite creative and productive ideas to cope with the enormous challenges we all face. We don’t control what happens, but we always have a choice about how we respond to life’s happenings.  Each of my offerings provides great value, hope, inspiration, and perspective at a time where such focus has never been more important and yet so easily overwhelmed.  I will give you and your team absolutely everything I can through these programs, and I know they will build resilience, faith, perseverance, and inspiration in each participant. ​Joy to You!​- Brian, America's Breakthrough CoachSupport the show (http://paypal.me/bwalsh)

https://sexualityunmasked.com/Jim & Lisa have been married since 1978 and are blessed with eight wonderful children and a growing number of grandchildren. They are members of Victory Faith in Spokane, Washington, where they serve on the pastoral care team. Together they lead SexualityUnmasked, a worldwide ministry dedicated to releasing God’s truth, healing, and restoration in the areas of sexuality and relationships. Jim has authored Unmasked: Exposing the Cultural Sexual Assault and Heart of a Woman. Lisa has a passion and burden for motherhood and homemaking and has written Not Just a Mom: The Extraordinary Worth of Motherhood and Homemaking and Are All Those Children Yours? SexualityUnmasked was founded in 1990 when Jim and Lisa Anderson took a giant step of faith and launched Lifeline Ministries, mobilizing churches to respond to God’s heart concerning the unborn. Lifeline, now SexualityUnmasked, quickly evolved into a ministry not only focused on the unborn, but one of healing, deliverance, and restoration from the negative effects of abortion, abuse, adultery, immorality, pornography, rape, sexual confusion, and sex trafficking.                 SexualityUnmasked's powerful message exposes the lies in culture that falsely define the sexual roles of men and women and helps establish them in their true God-given identities. This movement has released healing to thousands of people worldwide in conferences, churches, and discipleship schools.  Support the show (http://paypal.me/bwalsh) 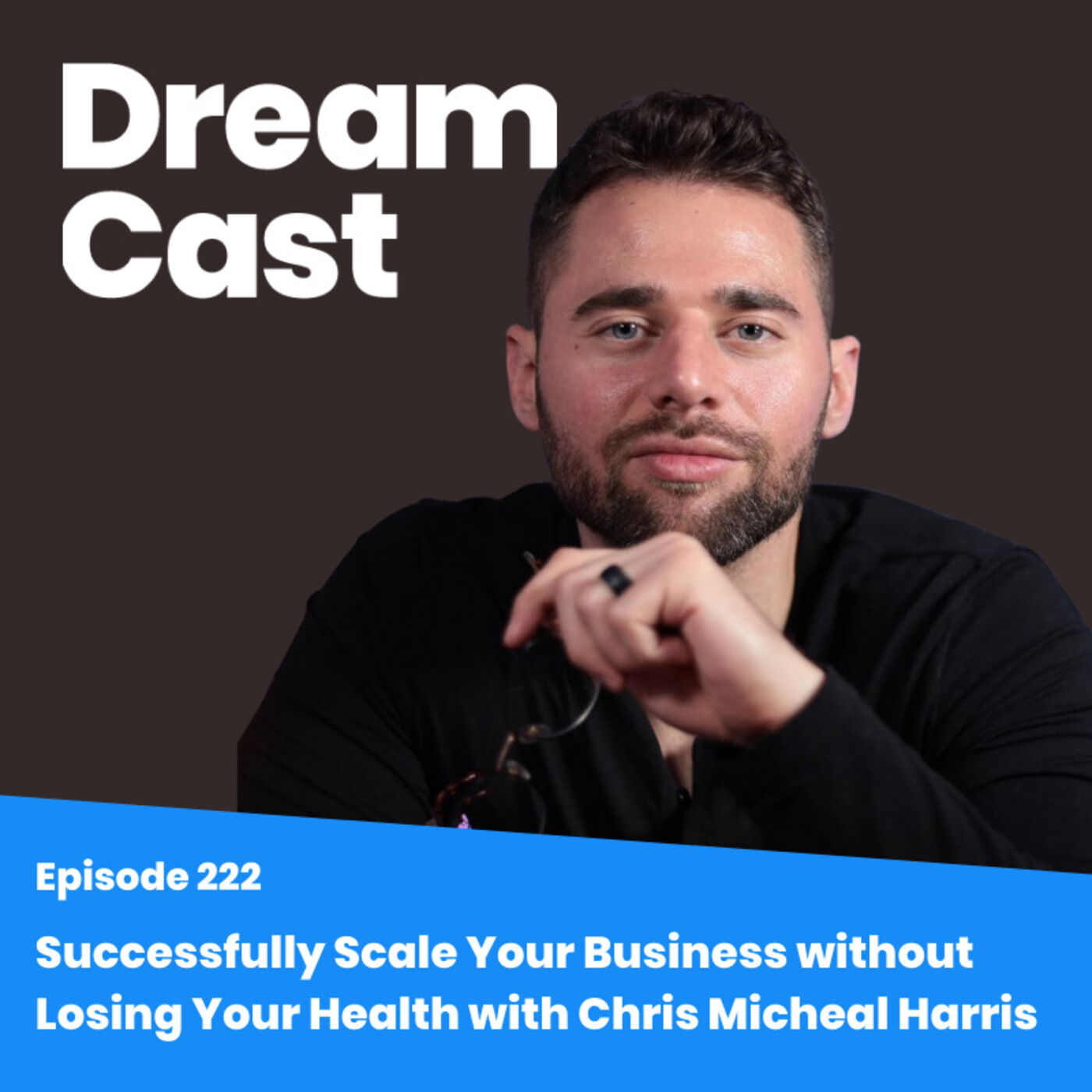 https://chrismichaelharris.com/Chris has built a successful business (moving company) from his college apartment only to learn he had a precancerous condition and soon watched his business crumble. Leaving him financially destitute and with multiple lawsuits. Chris immersed himself in health and wellness, treating and eventually reversing his chronic condition over the next 4 years, but doing so through lifestyle/dietary changes and discipline! Chris is on the mission of helping people redefine what success looks, and how to achieve it, all while treating yourself like a Performance Athlete without compromising one's health. Chris would love to speak in one of your episodes about how to prepare and treat your body like a performance athlete to maximize output & productivity.Support the show (http://paypal.me/bwalsh)

Check out my website -  http://DeniseWalsh.com  for more info on programs and offerings!Support the show (http://paypal.me/bwalsh) 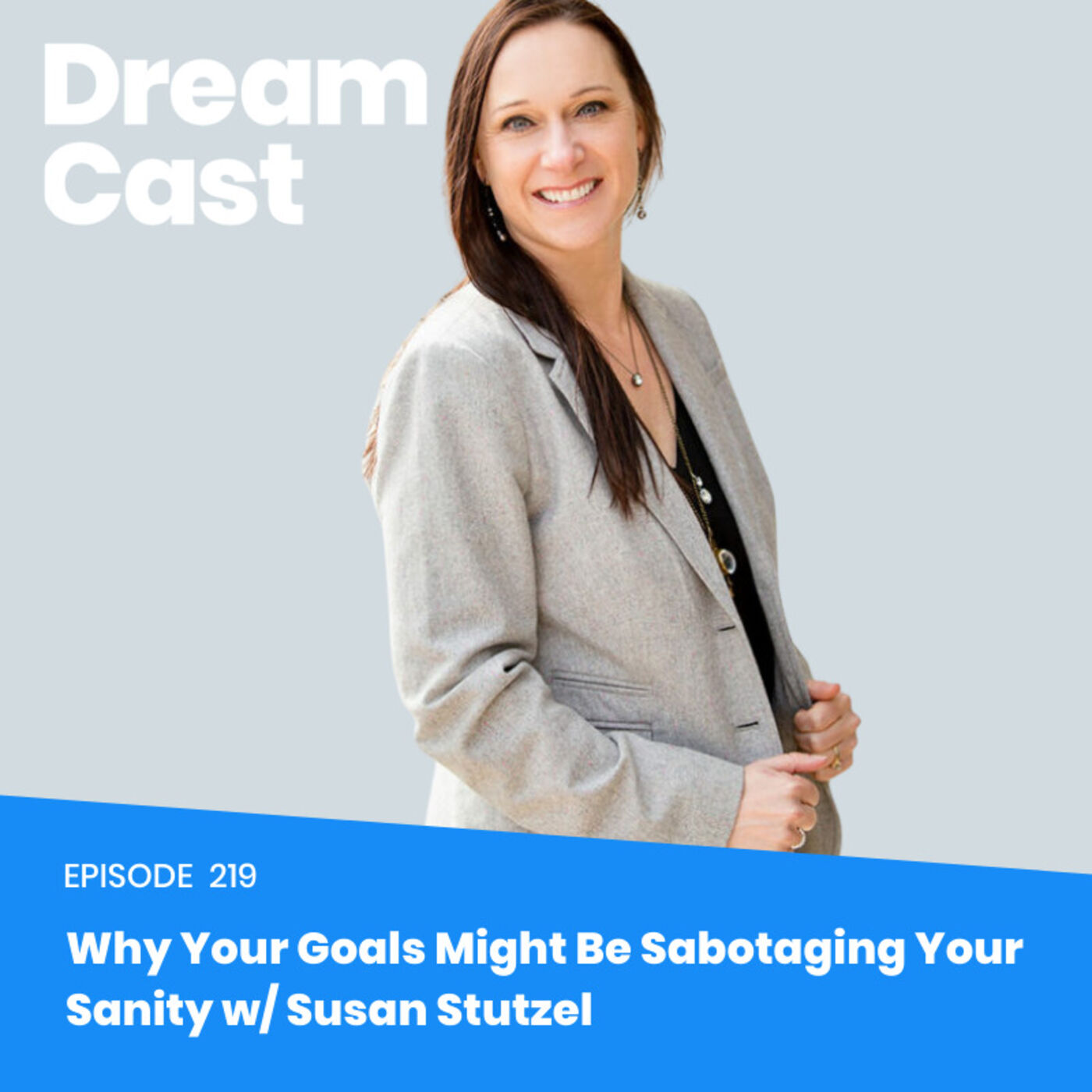 Ep 219: Why Your Goals Might Be Sabotaging Your Sanity w/ Susan Stutzel

https://sstutzelcoaching.com/Over the last 19 years, she has worked in both public and private accounting, and in that time discovered her passion lies in serving clients in the nonprofit industry. Her desire to work with nonprofit organizations stems from a desire to be surrounded by equally passionate individuals who want to change the world. Susan is also the owner of S Stutzel Coaching, where she provides leadership coaching to CPA’s, business-owners and leaders within organizations. She believes that we all have untapped potential, and she thrives in helping others break through barriers and manage priorities in order to live an abundant and meaningful life. Susan truly believes the words of Jordan Peterson, “Incremental improvement is unstoppable.”Due to her passion for serving nonprofits, she also serves in various volunteer roles including: board member of the Iowa Society of CPA’s, Treasurer of the Tipton School Foundation, Treasurer of Iowa City Hospice, Past Treasurer of Iowa Women’s Foundation, Adjunct Professor at her alma mater Coe College, Iowa Society of CPA’s Career Awareness Committee, Iowa Society of CPA’s Nonprofit Organization’s Committee, Workplace Learning Connection Financial Literacy Fair volunteer, Calvary Church liaison for the community vacation bible school program. She also finds time to be actively involved in her children’s schools serving as parent volunteer.Susan believes in quality work and quality rest. She refuels by spending time with her husband and two children, reading, and working with her local youth group. She believes, as C.S. Lewis observed, that “Children are not a distraction from more important work, they are the most important work.”Support the show (http://paypal.me/bwalsh) 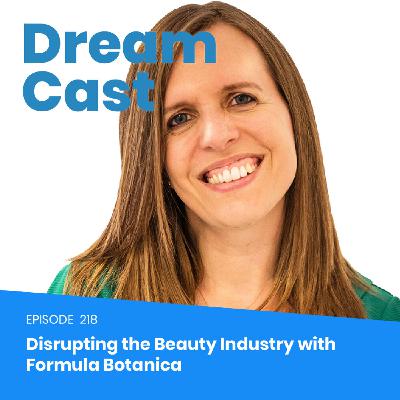 https://formulabotanica.com/Lorraine’s journey as an entrepreneur started in 2010, when she was watching the BBC’s Apprentice while nursing her newborn baby on the sofa. The candidates were making their own iPhone app and, slightly delirious from sleep deprivation (which didn’t end for another 6 years), Lorraine decided that if they could do it, so could she. Within a few years, she had quit her day job and built up a global multi-million pound empire, teaching online courses in organic skincare and haircare formulation.Of course Lorraine’s success didn’t happen overnight. Many entrepreneurs often gloss over the hard work involved in building an online business. Rather than hiding the challenging truths involved in creating an empire, Lorraine wants to tell the stories involved with building a business that’s on a fast track to 8-figures. She wants to share her mantra of hard work, the beauty of perseverance and get the message out to more female entrepreneurs, who have a dream of creating something bigger than themselves, that it’s all within their reach. Lorraine wants women entrepreneurs to keep going, cut through all of the noise, find their passion to drive forward, and give themselves the permission to be who they are, so we can collectively drive forward gender equality through female entrepreneurship and empowerment.Support the show (http://paypal.me/bwalsh)

Ep 217: Do It Anyway, Girl with Michelle Cunningham

Michelle Cunningham is a 17-year veteran in the network marketing industry, a pioneering leader, and a sought-after online trainer. She resides in Ohio and is happily married with two children, an eight-year-old boy, and a four-year-old little girl. ​She has developed an eight-figure sales team using a very simple introverted strategy that nets massive results.  Her training has impacted the lives of millions of other network marketers around the world. https://www.michellecunninghamonline.com/Support the show (http://paypal.me/bwalsh)

Brand Style Quiz will be https://www.trishtaylor.co/quizTrish Taylor is a stylist and a brand embodiment coach who is committed to helping heart-centered, online entrepreneurs align their outside with their inside so they can create magnetizing content and feel worthy of their expertise. She leverages her unique experiences as a celebrity stylist and counselor to empower and equip purpose-driven entrepreneurs and mindful course creators with the mindset shifts AND stylish tools (think: a be-YOU-tiful- bomber!) they need to step into the most confident version of themselves.When this rain-lovin’ California introvert isn’t busy transforming internet shy girls into their truest self, you can find her rock climbing, talking to her plant babies, or indulging in her favorite gluten-free chocolate chip cookies.Support the show (http://paypal.me/bwalsh)

ABSOLUTELY LOVED THIS!!!!!! I appreciate listening to Your secrets to a growth mindset !!! I can relate!! One thing I do with my children before I send them out into the world 🌎 Before I wake their beautiful little heads up I go in each room and set a phone within reach of them I YouTube how to start your day with God. Yes I know  I am In someway forcing them to have a spiritual connection before they rise out of their beds has it worked tremendously unbelievable Results !!!! I wake up at 4:20 and get my mindset ready to help others do the same !!!!!! 🖤☀️🖤☀️🖤☀️

Your brain believes what you program it to believe 🖤🖤🖤🖤🖤

I was kind of hoping to learn about how to immediately shift my identity. But after 45 minutes, all I learned about that was to ask myself who I want to show up as.

WOW!! I feel more a alive after listening !!! I shared this with three great guys who could really use this advise .. what a AMAZING STORY... 🖤🖤🖤🖤

Wow! Denise is fabulous. Are you stuck? Listen now!

I love this. This is SO important!

I am beautiful I am financially free I am successful

so many good business tips, no matter what industry. And now I want to try tapping!!

Denise Walsh I love listening to you & all you have to share. Your passion & genuine love of helping others is so evident. I'm so lucky to have you as our team leader. Your podcasts always give me a boost to believe in myself & give me the drive I need. I will share these with not only my team, but also my non-It Works friends & family. Your messages are relevant to all facets of life. Thankyou 😘

Thank you so much for this podcast. I am learning so much from them. I am really enjoying your guests. What sticks out to me from all of them is that if you have a dream you can make it happen. you just have to believe in yourself and put in the effort 😍💖

My goal for the year was working on myself and personal development. This podcast is soooo helpful and giving me the motivation amd inspiration I need ❤ Can't wait for more!