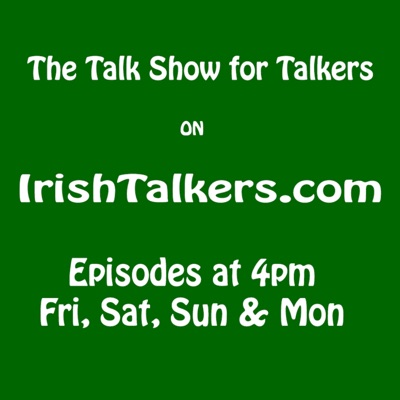 Author: The Talk Show for Talkers

© The Talk Show for Talkers

From Toastmasters in Cork Ireland, "The Talk Show for Talkers" is hosted by Toastmasters Ted Mellamphy, Moira O'Brien, Paul O'Mahony together with guests. All about Communications, Leadership and Public Speaking - the Toastmasters International Way.
299 Episodes
Reverse

How to convince a skeptical audience.

The Role of the Grammarian

Danish Dhamani - How I Overcame My Fear of Public Speaking

From the Charisma on Comman YouTube channel, here is Kevin Hart's 3 Secrets to Hilarious Storytelling - YouTube link. Kevin Hart is one of the funniest men alive.  Whether in interviews with Ellen Degeneres or George Lopez, or his standup specials, he tells absolutely hilarious stories.  In fact, most of his standup routine consists of him telling stories.  But he does it in such a way that hooks an audience and never lets go, partially because he is able to include so many jokes.   It's not that Kevin Hart's life is inherently more interesting than the rest of ours.  He is just a better storyteller.  The good news is that storytelling is not something you're born with or you're not.  Anyone can learn to tell the kind of funny stories that made Kevin famous.  You just need to know the most important pieces.   While there are many storytelling techniques and styles that will enable you to captivate an audience, ultimately, the best storytellers share a few things in common: they get attention, they commit, and they are constantly refining their craft.  These fundamentals can be used in any kind of story but they are especially useful for funny stories.   So if you want to know how to tell a story better or you are just are interested in what makes Kevin Hart's stories so engaging, check out the video. ____________________________________________ This is part 2 from Programme 37 of 2018/19 season - first broadcast on August 24th, presented by Moira O'Brien & Paul O’Mahony. The show is in four parts and usually has this format: (1) Introducing a “Thought for the Week” and a “Word of the Week” together with general conversation arising out of these two topics. Published at 4pm on Fridays. (2) Either an Interview, the recording of a speech or external media. Published at 4pm on Saturdays. (3) Discussion on a topic usually led by Paul. Published at 4pm on Sundays. (4) Discussion on a topic usually led by Moira. Published at 4pm on Mondays Contact us : email: info@irishtalkers.com Website: www.irishtalkers.com Facebook: The Talk Show for Talkers Magazine: "Public Speaking Weekly" on www.irishtalkers.com --- Send in a voice message: https://anchor.fm/irish-talkers/message

Intro: SALUBRIOIUS & "Be thankful for what you have...."

How to hook your audience in seconds

Recognition by Toastmasters of The Talk Show for Talkers

Wentworth Miller - "The Speech that will make you Cry"

Intro: "Humour is a great vehicle for getting a message across..." and TERSE

5 Easy Tips for Crafting a Speech

Intro: "Audacious" and "We must do the think that we cannot do"

How to Ensure that your meeting runs smoothly

Inspired by the Members Handbook developed by Blarney Toastmasters (especial thanks to Sharon O'Neill DTM for the original version of this handbook), and following on from Lark Doley's introduction to the February Toastmaster magazine, Moira talks about how, by proper preparation, your Toastmaster meeting can run smoothly. --- Send in a voice message: https://anchor.fm/irish-talkers/message
See More
Comments