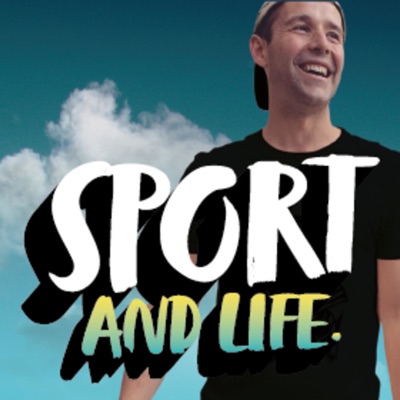 Footballers In The Mind's Eye November 24

Running through suggestions to the following scenario, which was posted on my Twitter page @eddraper81 on Friday November 20th. " Picture a player punching a volleyed flick down the line for a teammate to run onto.  Who'd you see?"

Journalist Gareth A Davies on Conor McGregor's return to The UFC

Combat sports journalist Gareth A Davies and Conor McGregor's return to UFC and hopes of the Irishman tempting Khabib Nurmagomedov out of retirement for a rematch.

Lee Hendrie played professional football for his home-city club Aston Villa, Stoke City, Sheffield United and Derby County among other clubs. He represented England at under 21 and senior level. Lee currently works as a commentator and analyst for Sky Sports. As someone who has survived two suicide attempts, Lee is also an insightful and inspirational speaker on mental health.

Chatting to Chael Sonnen, the man considered by many as one of the greatest mixed martial artists not to win a world title. Talk about the upcoming fights this week, but also what New York is like - he's been staying in Manhattan between shows - and his first encounter with The Naked Cowboy.

Lawrence Okolie has boxed for 8 years. In that time, he's become an Olympian and amassed a 14-0 record in the professional ranks. As a current European Champion, he challenges for the WBO World Cruiserweight title against Krzysztof Glowacki in London on December 12.

Leigh Alliss is a Gloucestershire-based actor who has appeared in This County and Casualty among other programs. He also played the role of his father, Tony in a short film, Cowardice - which chronicled his father being shot dead in 1990. Leigh (then 14) was also shot in the incident. Leigh was a professional boxer (challenging for an English title) and a professional MMA fighter before pursuing a career in acting. He keeps a small holding in rural Gloucestershire.

Footballers In The Mind's Eye November 13

Discuss suggestions for the hypothetical scenario below, which was posted on my twitter account - @eddraper81 - November 9th.  "Picture a player whipping a cross into 'the corridor of uncertainty.'  Who'd you see?"

Pedro Carvalho (11-3) challenges a legend of MMA, Pitbull for the Bellator Featherweight Grand Prix on Thursay night (Friday morning in the UK). The clash is live on Sky Sports in the UK, CBS Sports in the US.

Mark Halliwell has been a sports journalist for more than 30 years and for nearly a quarter of a century he's been covering Gloucestershire sport - including football clubs Cheltenham Town FC and Forest Green Rovers. Mark has changed roles regularly in recent years as the effect of the internet has taken its toll on local papers' turnover and profit.  Here we discuss what measures papers could have taken to prevent the existential threat of free online content (namely, start charging for access) and why the rise of subscription platforms like The Athletic perhaps offers hope for local journalism.  Mark also commentates for BBC Gloucestershire on Cheltenham Town. You can follow him on Twitter @MarkHalliwell1 .

Footballers In The Mind's Eye

Running through answers to my football scenario posted Nov 2 2020 on my Twitter account @edddraper81. " Picture a player riding a tackle and accelerating away.  Who'd you see?  For me, it's Diego Maradona. And I'd also throw Marta in there too."

Spencer Fearon is a former boxer, a former promoter, a trainer, and current Boxing historian and analyst. Here Spencer talks about the life and times of  American boxer Jack Johnson (1878-1946) - who became the first black Heavyweight Champion of the World (in 1908). Johnson was the son of slaves and remains a seismic figure in boxing history and American society.

Corey Anderson is a former UFC fighter at light-heavyweight who makes his Bellator debut this week against Melvin Manhoef.

Scott Lindsey is a former professional football player for a long list of clubs including Gillingham, He's now working as a coach/manager. As Assistant Manager at Forest Green Rovers, Scott helped steer the club into the football league. He had to leave the job and return home to Kent when his wife, Hayley became terminally ill. He is now manager of Chatham Town, but is also caring for his three daughters following his wife's passing.

Leah McCourt is a rising featherweight in Bellator MMA. She lives in Belfast and trains in Dublin. She's also a mother to Isabella.  Here she reviews Gegard Mousasi's win over Douglas Lima to claim Bellator's Middleweight title and updates me on her situation. Full Youtube video of conversation at Sky Sports Youtube. https://www.youtube.com/watch?v=ppoQOQTTQek

Douglas Lima is a Brazilian MMA fighter, based in Georgia, USA. He is Bellator's Welterweight Champion and fights Gegard Mousasi for the vacant Middleweight title early Friday morning (UK time) on Sky Sports.

Gegard Mousasi is a five-time mixed martial arts champion across different organisations. He goes up against Douglas Lima this Thursday night in Connecticut for the vacant Bellator Middleweight Title. The show is broadcast live in the UK on Sky Sports in the early hours of Friday morning.

Former UFC fighter reviews Khabib's victory and retirement from MMA with a 29-0 record. Is he the greatest MMA/UFC fighter of al time? Video of chat available on Sky Sports Youtube channel.

Franny Benali played for Southampton Football Club between 1998 and 2004, making 389 appearances for the club - and scored one goal! A Premier League icon. He grew up a Southampton fan and remains one today. He has completed formidable tests of endurance for the club's foundation and other charities. Franny currently works as an analyst for Sky Sports and other media outlets and works as a keynote speaker.  He can be reached at http://www.francisbenali.com/

Frank Smith rise from 'tea boy' at 16 to CEO of Matchroom Boxing Global is, for me, one of the most inspiring stories in British boxing - and business. He's still only 28. Frank's rise has coincided with Matchroom's stratospheric acceleration in boxing promotion over the past decade - the company (even in the pandemic) organises boxing shows around the world. Here, we have a chat about Frank and the business' story. And the importance of hard work and repetition to achievement.
See More
Comments