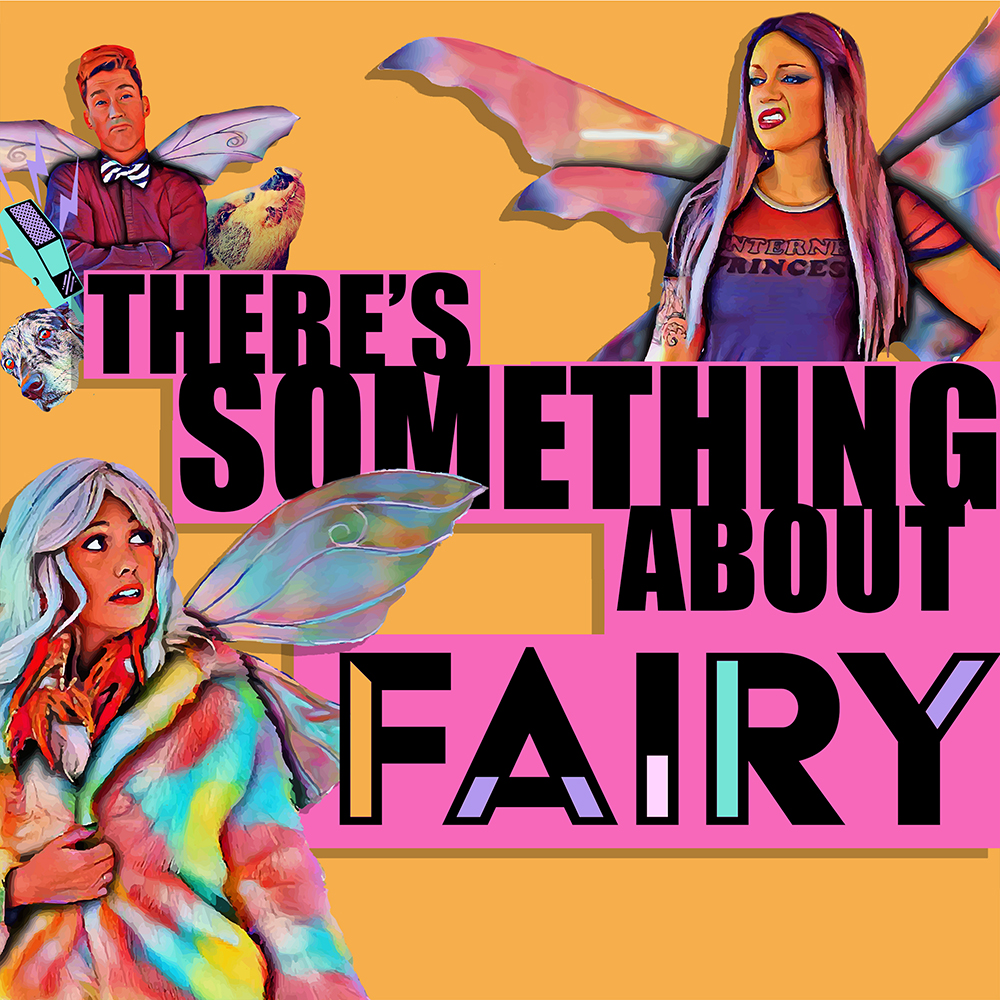 There's Something About Fairy

We’re just two cute fairies and a microphone... trying to navigate through an unfamiliar world full of people who seem just as confused as we are.

And humans are weird… so we podcast about it.

This is a podcast for:

A.) Humans who want to learn more about humans.

2.) Fairies and/or pretend fairies (cosplayers [posers]) who feel as lost as we are in this crazy human world.

D.) All regular and magical creatures who enjoy pop culture, social commentary, witty banter, self-empowerment, building a world of friends instead of enemies, putting forth zero effort to learn new things, or just listening to some fairies talk about random shit. So… that’s basically everyone, basically.
6 Episodes
Reverse 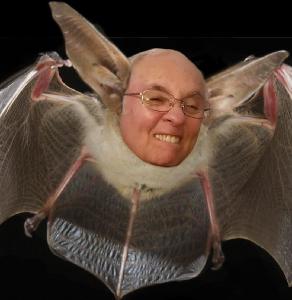 "What pooped in my yard?" is a question you may one day find yourself asking. And when that day comes... I... like... really hope you'll send me pictures. For episode six, we interviewed Rivka, a lady human and veterinary technician, but we mostly just talked about poop. A lot. Things eventually got a little crazy when The Riv showed me her stethoscope. I think she was flirting with me. And I may have flirted with her the entire night. I can't be sure tho, because I have no idea how to do that. But we ended up... well, see for yourself. In this episode, we discuss: poop types of poop shapes of poop poop sizes poop colors scooting scatting magical animals turtles (aka timelords) anal glands dogs cats butt problems fat unicorns rhinos evolution ...and for our segment, we play "What Pooped That?!" 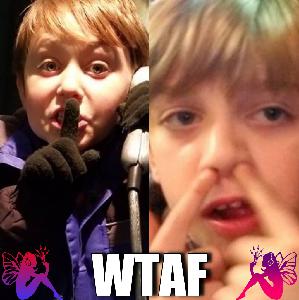 Sandy and Slutterbell ask two mini-humans to find out why children can seem smarter than adults, but they soon end up regretting their decision to interview children. 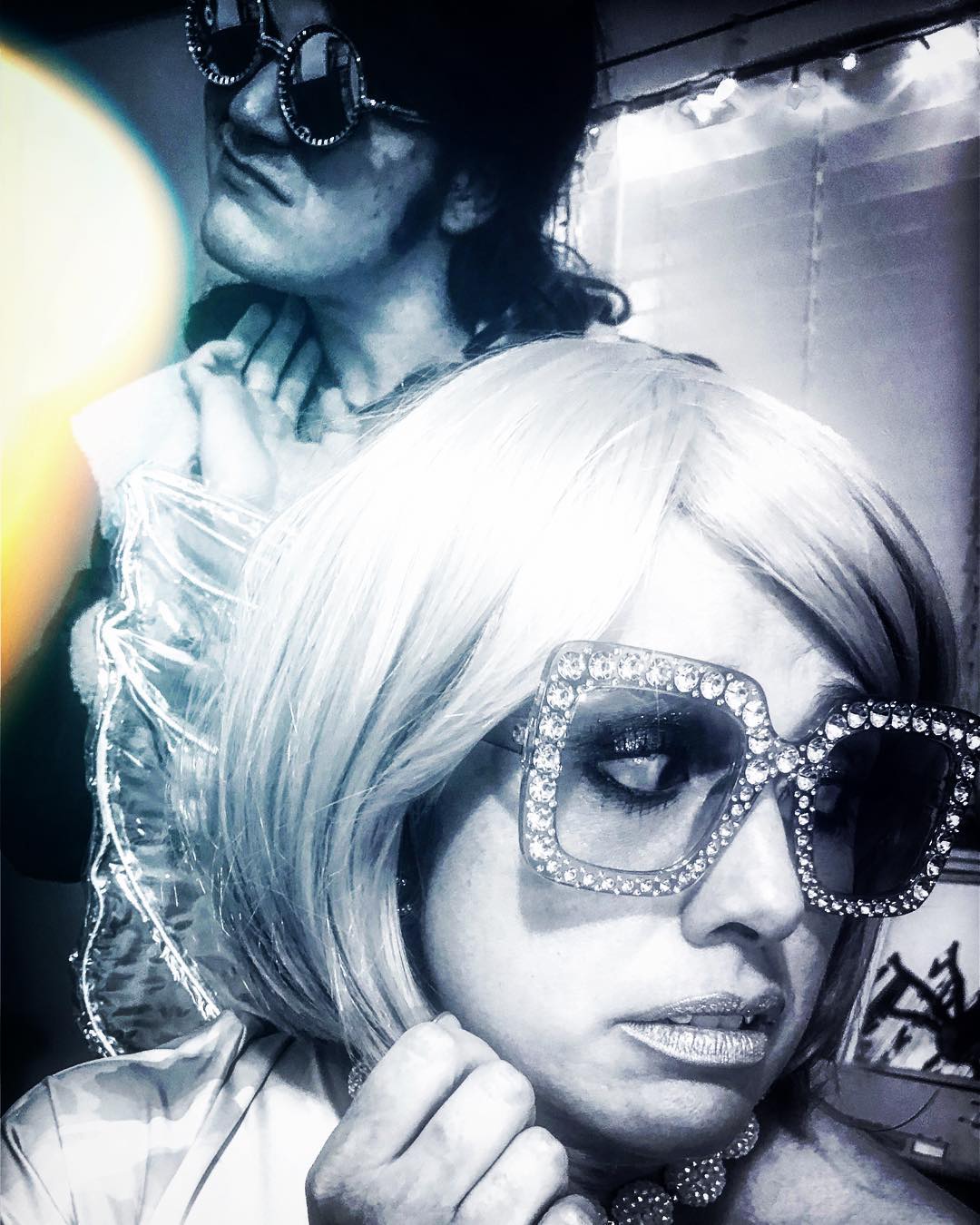 TSAF Episode 03: My Roomate's a Werewolf (A Lifetime Original Movie)

Sandy Whorehol introduces us to her roommate, Trevor the Werewolf. His mother gets drunk. Slutterbell gets confused. And we all sleep in a bucket. Sort of. 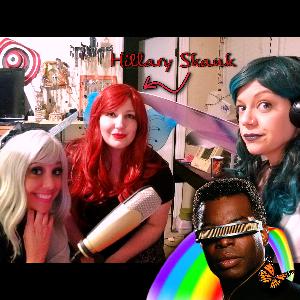 TSAF Episode 02: Hillary Skank and LeVar Burton and the Rainbow and the Butterfly

I found a fairy who's been in the human world for 10 years now, and her name is Hillary Skank. She stopped by "the studio" (my bedroom) to be our very first in-house guest and share her wisdom with us. That wisdom, as it turns out, is limited entirely to cats and Star Trek: The Next Generation. And how tf do you pass on an interview with that? Therefore, in this episode, we did discuss the following subjects, which are listed in a sort-of-halfway-non-particular order: loving cats hating cats cats are dicks no they're not yes they are and btw yes they are humans worshipping false gods (cats) trans species/species fluidity being eaten by your pets when you die how clean cat/dog mouths actually are cats putting their asses in your face "pungent scent glands" my (Sandy's) fairy sweat my good-smelling shoulder me becoming a perfume sweat studies and collections Star Trek TNG (also the Enterprise, Voyager, and Deep Space Nine) comparing and assigning each of the characters from Star Trek TNG to specific cat breeds Captain Jean-Luc Picard, Commander William Riker, Data the Robot Android (but not like the phone), Counselor Deanna Troi, Lieutenant Worf, Dr. Beverly Crusher, Wesley Crusher, Geordi LaForge, and Tasha Yar sphynx cats,Siamese cats, Himalayan cats, calico cats, Maine coon cats, Cornish rex cats, orange tabby cats, cat roadkill, and Russian blue cats grey vs blue Shower Thoughts: cats edition thanks be to reddit cats and grammar correction what cats do when you're gone Dogs vs cats are Catholics actually addicted to cats cat birth control bird/dinosaur hunters vibrating cats Beethoven (both of them) butterfly wing repair Reading Rainbow goat sex Will Hillary Skank choose goat sex over having a bad reputation? Find out on episode 02 of There's Something About Fairy. {Read this again in the voice of that one dude who does announcer and/or movie trailer voices [if you weren't already (Also, why weren't you??)].} In the meantime, we've added some Star Trek TNG character/cat comparison photos to our website for your viewing pleasure. Engage.

Yeah, you read that title right. And the barking for goat sex happens in this episode. Literally. AND… it was 100% unplanned. This was the first time Slutterbell and I did a full-length recording and had an actual guest [sort of]. Listen, we didn’t have our segments and guests and stuff all ironed out yet, so it’s a little lacking in that department… but it’s still pretty kick ass, and it sets up the rest of the season. Among other things, we discuss: *Trevor. Again. *goat sex (obvi) *snow and saltiness *Kansas City *the Midwest *the East Coast *Pennsylvania (sorry) *Native American history *colonial dicks *deadly blankets *cooking your own head *peeing in your own shoe *firehoses *Halloween *fairies in Annie’s Arbor *me possibly launching a fragrance based on my own naturally-amazing scent *calling my friend Molly, who doesn’t fucking answer *calling my friend Amanda, who has the decency to pick up the damn phone *asking Amanda the Golden Question *being proud of Amanda’s answer *tattoos *opossums The end. 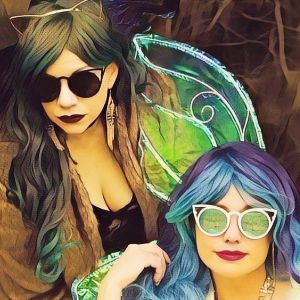 Welcome to our very first episode of our very first podcast. Ever. The Preview Episode of our podcast is a teensy bit different than what you’re going to hear moving forward; our first few tries weren’t perfect, so I stitched chunks of them together and added narration over cheesy background music – like a 1980s/90s TV show. You welco. Some of the topics we discuss in “Frankenshorts” are: * bullying *Bluetooth *vikings *goats *what we do and do not want to do with goats *fish on your feet *a tank full of humans *how we got our names *why we study humans *being a dick *Andy Warhol (it’s ‘hole’ as in ‘holes’) *dating the President *science being real *phoning and flying *lobster murder *Minecraft *centaurs *sour blood the horrors of mantis sex *my roommate, the werewolf UGH. Werewolves. Amiright?
See More
Comments