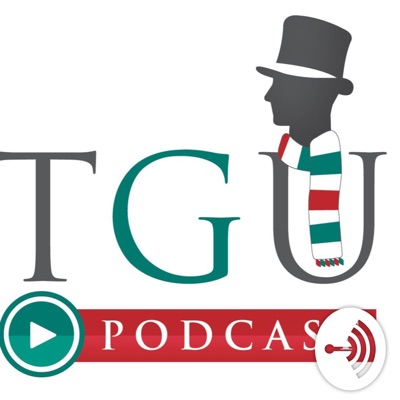 We bring nostalgia, history and tales from both within and beyond Calcio’s four white lines. This is Italian Football through our eyes. This is the Gentleman Ultra.
22 Episodes
Reverse

The Gentleman Ultra founder Richard Hall and site editor Emmet Gates spoke to Jonathan Grade. Jonathan was first runner, and later producer, of the legendary Channel 4 show Gazzetta Football Italia from 1993 to 2002. Jonathan has recently released a book, titled: Golazzo: The Football Italia Years. In our exclusive interview, Jonathan recounts his remarkable time working on the show, interacting with the world’s greatest players, why the show was such a success in the UK, when he thought the show hit its peak, and what led to its eventual downfall at the beginning of the 2000s. If you were a fan of the show (who wasn’t?), then you’ll really enjoy this!

Luca is an original member of The Gentleman Ultra and currently works as a Football Agent between the UK and Italy. In this episode he is interviewed to discuss his favourite goals, match, and player he would most love to sit down with.

In the first episode of Storytelling Sagas, Wayne Girard narrates his piece on Daniele De Rossi's heroic yet tumultuous career.

Richard Hall is the founder and creator of The Gentleman Ultra. In this episode he is interviewed to discuss his favourite goals, match, and player he would most love to sit down with.

TGU Calcio Castaways (E05): With Wayne Girard In the latest installment of our series, Richard Hall asked Wayne Girard to choose his favourite goals, games and person to hang out with on a desert island. Wayne is a columnist for A.S. Roma and editor for The Gentleman Ultra.

TGU Calcio Castaways (E04): With Sheridan Bird In the latest instalment of our series, Richard Hall asked Sheridan Bird to choose his favourite goals, games and person to hang out with on a desert island. Sheridan is a journalist and broadcaster in Milan.

In the latest instalment of the series, Richard Hall asked Adam Summerton to choose two goals, two games and one player to hang out with on a desert island. Adam is a commentator for BT Sport and Prime Video amongst others.

In the second of the series, Richard Hall asked Andrew Cesare to choose two goals, two games and one player to hang out with on a desert island. Andrew covers Italian football for ESPN.

In the first of a new series with a familiar concept, Richard Hall asked @theinsidelefty to choose two goals, one game and one player to watch on a desert island.

It's another TGU podcast bitesize special as Richard Hall and Neil Morris look ahead to the Coppa Italia while also looking back at Atalanta's triumph in the 1962/63 edition.

Host Richard Hall is joined by TGU regular Luca Hodges-Ramon as we begin our quest to select a best XI from the 1980s by chatting to Milan-based broadcaster and journalist Sheridan Bird.

With the Milan derby upon us, what better time to bring you the first of our TGU podcast bitesize specials. In the black and blue corner, Richard Hall searches for hope amongst the Inter gloom, while in the red and black corner, Luca Hodges-Ramon travels to the San Siro with quiet confidence.

TGU's very own veteran performer Richard Hall is joined by young gun Luca Hodges-Ramon to discuss Ramez Nathan's piece on the old-timers who shone in the crepuscular light of their calcio careers.

TGU Calcio Podcast (E5): The haves and the have nots

As one star arrives in the north of Italy and another disappears in the south, TGU host and founder Richard Hall, and editors Luca Hodges-Ramon and Neil Morris, discuss the growing divide between the haves and the have nots in Italian football. Also covered are the launch of Golazio bar in London and how fans can watch this season’s calcio action.

In episode 4, host and TGU founder Richard Hall, editors Luca Hodges-Ramon and Neil Morris, and contributor Wayne Girard look at the events that played out on and off the field in Roma's recent Champions League clash with Liverpool.

In episode 3, host and TGU founder Richard Hall, and editors Neil Morris and Emmet Gates look back at the playing and broadcasting career of Ray Wilkins and pick their favourite goals from the Gazzetta/Football Italia era.
See More
Comments