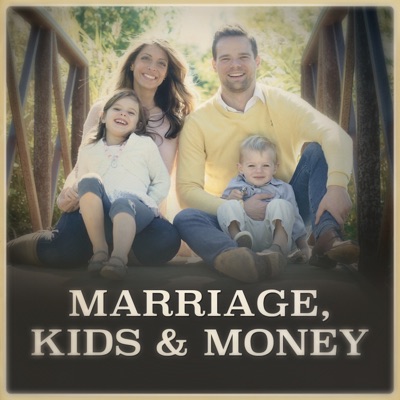 The Marriage, Kids and Money Podcast is dedicated to strengthening your family tree and guiding you to financial freedom.

Andy Hill, a mid-30’s father of two, hosts the weekly podcast and takes you through the trials and tribulations of being a young parent and husband who is planning for his family’s future and winning with money. Hill interviews millionaire entrepreneurs, early retirees and financial industry experts to provide you with easy-to-understand information you can use to give your family the life they deserve.

Slow FI and the Different Levels of Financial Independence

Are you interested in achieving financial independence, but the traditional path seems too difficult to reach? Slow FI might be your ticket to a happier and more fulfilling life. Jessica from the Fioneers explores how Slow FI helped transform her life and we also discuss the different levels of financial independence people can achieve throughout their life. These periodic wins can be helpful (and potentially more satisfying) along your path to financial independence.

Have you heard of Coast FIRE or Coast FI? We're learning all about this retirement planning strategy with Sam Dogen from Financial Samurai. Also, we chat w/ Sarah Philips from 4 Pocket Allowance about helping your kids become mortgage-free in the future.

We've reached episode 200 of the podcast!! On today's show, I am interviewing my son Calvin, my daughter Zoey and my wife Nicole. Every 50 episodes, I've done this as a way to remind myself and my family that they are the most important people in my life. For episode 200, we're chatting about our crazy 2020 year so far. We touch on job changes, Coronavirus, and racism.

Roth IRA Investing | How to Save for Retirement Today

Jedidiah Collins, CFP explains how Roth IRA investing can help you increase your wealth as you move through your financial freedom journey. We discuss the advantages of a Roth IRA, how you'll save on taxes and how to open an account today.

How to Become a Young Millionaire in 10 Years

After nearly 10 years of focus and partnership, our young family just hit the millionaire mark! Here are the 10 steps we took to become young millionaires. Also, we hear from Colin Nabity from Breeze about the importance of long term disability insurance and why young families might need it.  Lastly, my daughter Zoey and I talk about how to set up a chore and reward system for your kids.

Generosity and Financial Independence: 3 Ways to Give Back on your FIRE Journey - with Dave Mason

Where does giving back and generosity fit in when pursuing financial independence? Author Dave Mason thinks it should be a major part of everyone's FIRE journey. He shares 3 ways for you to give back as you are working toward your version of financial freedom.

Are you wondering if you have enough saved for retirement? Joe Saul-Sehy shares why we should focus on our expenses over income when it comes to retirement. Also, Bob Lotich shares how he went from $46,000 in credit card debt to mortgage-free.

Student Loans are already a confusing subject. Now when you add Coronavirus into the mix, it becomes even more complicated! Robert Farrington from The College Investor joins us to explain why you shouldn't pay back your student loans right now.  Also, we hear from Brian Harrison from SAVVI Financial about how we can take 3 steps to financial empowerment this year.

Patrick Aime shares his journey around the world that helped him go from bankruptcy to a young millionaire in a decade even in the midst of a recession.

Pay Cuts: 10 Ways to Save Money When Your Income Drops

With all the pay cuts, furloughs and job loss from the global pandemic, families are looking to save some money quickly. Here are 10 ideas to consider that will help you and your family save money during this quarantine season.

Stop Money Fights Before They Start - with Adam Kol

Thriving in a Crisis: How to Handle Debt, Investing and Working From Home

This season of a global pandemic has caused a lot of issues for families. Elle Martinez and Andy Hill discuss ways for parents to thrive financially and personally in this crisis. They discuss how to handle debt, investing and parents working from home.

Keith Robinson shares his journey to becoming mortgage-free and offers tips for anyone who wants to pay off their mortgage early. We also discuss how complete debt freedom gives his family security during a financial crisis.

As a featured speaker at Ally Invest's FOMO Free Financial Future Conference, I had the chance to speak about our family's pursuit of financial Independence and my thoughts about the FIRE Movement. Read the full blog post:  MarriageKidsandMoney.com/fire-movement-pros-cons-financial-independence

Preparing for a Recession: Our Family's 5 Step Financial Plan

The potential recession has already had an impact on our family and we expect things to get worse before they get better. Here is how we're preparing financially and personally for our new normal.

Do you want your child to understand money better or become a teen entrepreneur? Rob Phelan of The Simple Startup shares his tips to make that happen.

How Being Honest in my Marriage Helped Us Pay Off $61,000 of Debt - with Michael Lacy

Michael Lacy and his wife had $61,000 at the start of their marriage. After failing to get his wife on board with paying off the debt, Michael opened up to his wife and shared why it was so important. Here's how they partnered to pay it off in 16 months.

After sitting on the sidelines of the real estate investing conversation for a few years, I'm ready to become an investor. But it's going to be the minimalist way. Here are 3 real estate investment options that honor minimalism and keep things simple.