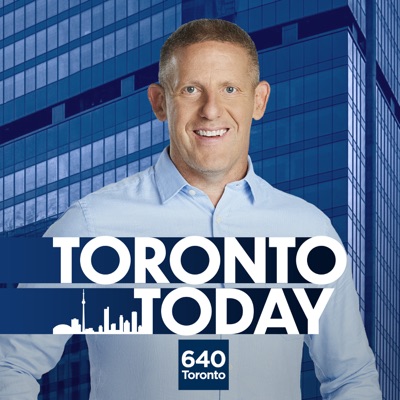 Greg has been with CORUS and AM640 since Fall 2019 when he crossed over from Sportsnet 590, the Fan after 9 1/2 years wanting to do something more challenging and diverse than "just" sports.

After success early in his career in Detroit co-hosting the top-rated morning sports talk show in the entire state of Michigan from 2002 to 2007, Greg came to Toronto and CORUS/AM640 to co-host "The Bill Watters Show" when the company had the broadcast rights to the Toronto Maple Leafs.

His time at Sportsnet 590, The Fan began in 2010, and also featured a successful run in morning drive in two incarnations, between 2011 and 2019, so morning audiences are already very familiar in Toronto with his knowledge and personality.

Greg has broadcast play-by-play from several Super Bowls for radio in the United Kingdom, and handled OHL play-by-play for the Windsor Spitfires and Saginaw Spirit from 2002-2008.

His radio recipe is to "play the hits" and "keep things moving", with a mix of news, politics, social commentary, sports, and entertainment.  The things people talk about at their dining room table, backyard barbecues, and at kids' sporting events are the things he wants the show to be about.

Greg's current joy is navigating two teenage boys through as he describes it, "an era of adjustment" with his wife of 17 years.  His hobbies include making music playlists for runs at the gym, tennis, reading music biographies, and watching documentaries when live news and sports isn't consuming him.
69 Episodes
Reverse

Greg speaks with infectious disease specialist Dr. Sumon Chakrabarti about what we need to know about Omicron. The Toronto Sun's Anthony Furey discusses the government's Pavlovian response to the new variant. The Star's Grant LaFleche with why boxing is so dangerous and its long-term affects. Greg and Sheba discuss sexual racism.  See omnystudio.com/listener for privacy information.

Duran Duran, South Africa's new variant, the NDP is off track and Lush takes a stand

Greg speaks with pediatric neurosurgeon Dr. Sheila Singh about late tumour diagnosis in children due to the pandemic. NYC mom Daniela Jampel joins Greg to discuss getting the masks off the kids. Pharmacologist Sabina Vohra-Miller with Ontario's vaccine rollout for children. The UN Watch's Hillel Neuer on the TDSB's decision to ban books and QP Observer's Sabrina Nanji with the latest from Queen's Park.  See omnystudio.com/listener for privacy information.

Greg speaks with Dr. Isaac Bogoch about the first day of booking appointments for children's covid-19 vaccines. Ontario NDP leader Andrea Horwath discusses Islamophobia. Teacher Jason Bradshaw on winning the Prime Minister's award for contributions to education and President of Chapman's Ice Cream Ashley Chapman on his decision to give out pay increases to all vaccinated employees.  See omnystudio.com/listener for privacy information.

Get the masks off the kids

Vaccines for kids have been approved

Lawyer Marie Henein joins Greg to discuss her new book Nothing But the Truth: A Memoir. Post-doctoral researcher Beyhan Farhadi talks destreaming in Ontario highschools. WGN afternoon drive host Chris Parker and the Toronto Star's Kevin Donovan on having his car stolen off his driveway.  See omnystudio.com/listener for privacy information.

Greg speaks with NDP leader Jagmeet Singh on the sacrifices that Canadians made on this day. University of Toronto professor Cara Krmpotich on what the raising of the Canadian flag means to Indigenous communities. Global's Mike Drolet tells us the meaning and history behind the poppy. The Toronto Star's Bruce Arthur on the day's stories.  See omnystudio.com/listener for privacy information.