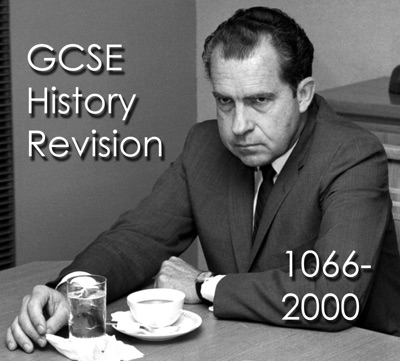 © Copyright AS Williams 2016 . All rights reserved.

Produced by History teachers working in the far North, these podcasts are designed to prepare you for your GCSE History exam, with a particular focus on the AQA Course.

Most episodes are solo affairs by Mr W but watch out for the special essay argument episodes where you can hear grown men getting frankly just a but carried away arguing their version of events.
83 Episodes
Reverse

Germany: A Golden Age? Stresemann and the 1920s

The Weimar Republic seemed on the brink of collapse in 1923 - yet it survived for another ten years. Was this miracle a true recovery or merely papering over the cracks? Join us as we look at the career of Gustav Stresemann and struggle to agree on a single pronunciantion for his name.

Norman England: How Much Did Life Change?

1066 is regarded as a watershed moment when all of life in England changed. How far is this accurate? In this episode we look at the various ways that life changed in Norman England - and the ways in which is changed.

In this special episode for GCSE Film Studies students we are joined by John Rain, host of SMERSHPOD And author of THUNDERBOOK to talk about the underlying aesthetic of Bond films. Unsuprisingly, we also veer off the topic a bit and end up talking about Marvel films and why Infinity War is better than Endgame and why Film Studies students should watch JFK.

The Nazi state had very clear plans for the young men and women of Germany; these plans would be reflected in the changes to the education system and the creation of youth groups. In this episode we look at the interplay of these two factors and the overall impact of Nazi youth policies.

For this episode we are joined by two colleagues from the English Department who are discussing two poems from the AQA anthology. Apologies for the sound quality - this episode was obviously recorded in lockdown.

Germany was a totalitarian state - one where the government imposed control over every aspect of its citizens lives. One of the areas worth looking at in depth is now Nazi social policy effected women. What were the laws passed in relation to women and how was the role of women seen by the state - and how far did this role have the support of the german people?

This is our bumepr episode on the Tower of London, the White Tower. William I's residence, symbol of power, refuge of last resort... why was it built? How did it function? How does it fit in with other castles built across England? Why was it white?   This is key episode for the 2021 exam as there will be a 16 mark essay question on this.

In this episode we look at the rise and fall of the SA. How important was it to early Nazi success and what impact did it have on their electoral victories - and at what point did it become a hinderance rather than a help? We are joined for this episode by Stephen Graham of the Faces of Fascism podcast.

In November 1923 a bunch of politcal chancers launched an attempted coup - a 'putsch' - from a beer cellar. A collection of ex-soldiers and political monomaniacs led a failed artist they thought they could repeat Mussolini's March on Rome. Who were they? In this episode we look at the early history of the National Socialist German Workers' Party - the Nazis - and the causes of the Beer Hall Putsch. We look at the events of the failed rebellion and then look at the consequences for Hitler, the Party and Germany as a whole. As a special bonus we are joined buy Stephen Graham of the Faces of Facism Podcast for some expert input.

The newborn Weimar Republic did not have an easy life; rocked by attacks from both without and within, it seemed doomed to fail. In this episode, we look at the first few years of the Republic and the attacks it faced from both the left and the right. We cover Sparticists, Kapp and the invasion of the Ruhr.

Germany: Rising from the Flames 1920

After the catastrophe of the Great War, Germany found itself without a leader, without a government and without a future. From this wreckage rose a new state; birthed in Weimar because Berlin was too dnagerous, it was known as the Weimar Republic. An experiment in democracy in an age of autocracy, was it doomed from the start? In this episode we consider the structure of the Weimar Constitution and the problems it creates for the future. 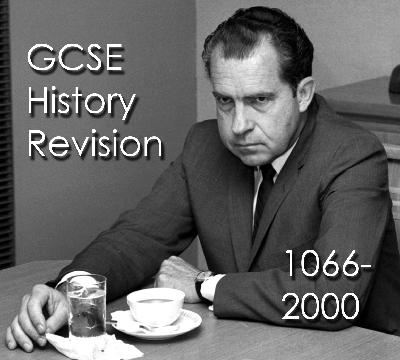 What was the impact of WW1 on Germany? In this episode we look at the economic, social and political aspects of the War's impact and consider how that effects the birth of the Weimar republic.

What was Germany like before the First World War? What kind of power structures were in place and what difficulties were there in governing it?

The Battle of Hastings

This is the episode to support the Norman England Historic Site study. An in depth examination of the factors that influence success or failure in medieval warfare with a focus on the Battle of Hastings.

Which groups were fighting for the rights of women at the dawn of the 20th Century? Was it due to their efforts that women got the vote in 1918 or was it due to other factors? This is part of the Power and the People Theme Study.

Part of the Power and the People Theme Study for Paper 2.   The Chartists weren't the only game in town in the 1800s when it came to reform movements. There were also the Anti-Corn Law League, the anti-slavery Abolitionists and the various social and factory reformers. What tactics did they use and what success did they achieve?   No Geographers were harmed in the making of this podcast.

Faces of Fascism - the Brain of Mussolini

Something a little different while we sort out the Pevensey castle episode This is the first episode of abnother podcast called Faces of Fascism, the rest of which can be found on Podbean and Apple Podcasts. It's a bit more in depth than you need for GCSE but great for A-Level or simply if you are interested in one the dominant political forces of the 20th century.

How did the Trades Union movement develop after the Tolpuddle Martyrs?

"You don't get me, I'm part of the Union..." The first in our mini sequence of podcasts on the development of the Trades Union movement and its place in the development of democracy starts small; focused on one small village in Dorset and six men who swear an oath to found a Union to bargain for better pay and conditions...

The Chartists were a huge political movement, able to mobilise a lot of public support; born out of unhappiness with the Great Reform Act, their demands were simple and clearly designed to improve the representation of the working class in Parliament. But the movement collapsed by the 1850s, ending in abject failure. Or did it...?
See More
Comments (1)

Thank you, gentlemen, for both taking this on and providing equally ponent arguments. The issue of the Interventionalist vs Isolationalist ideals dealing with the Sense and Sensibilities of going forward with conditions of peace (and with an extremely untrustworthy adversary) is one that requires a study of what conditions currently existed. -- I do have a question for you both as to what is your views on Should have the United States joined World War 2 before the Attack on Pearl Harbor? (and many thanks for the podcast! I enjoy every episode that you guys do each week).