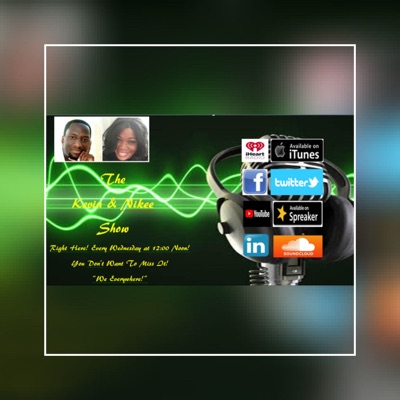 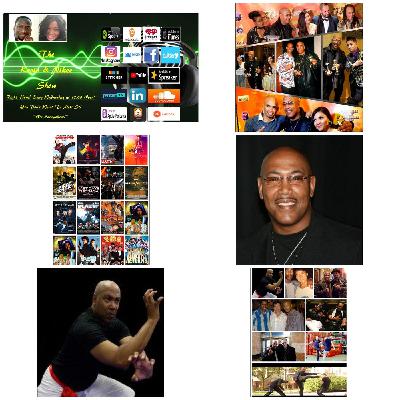 Still celebrating the men! Today, we celebrate Robert Samuels. Robert Samuels is a Multi Award-winning, Legendary Iconic Marital Artist Expert. He's a Stunt Coordinator, Actor ,Director and Cinematographer. Robert puts 110% in everything he does and teaches others, how to do the same 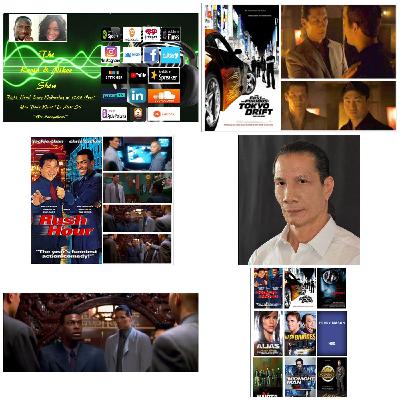 We highlighted some phenomenal women but now, it's All About The Men! Today we highlight Stuart Yee. Stuart is a SAG-AFTRA Actor, Writer, Director, Producer, Filmmaker, Acting Coach and Mentor. Stuart brings nothing but excellence in everything he does. Not only is Stuart owning his craft but is teaching others how to own it too 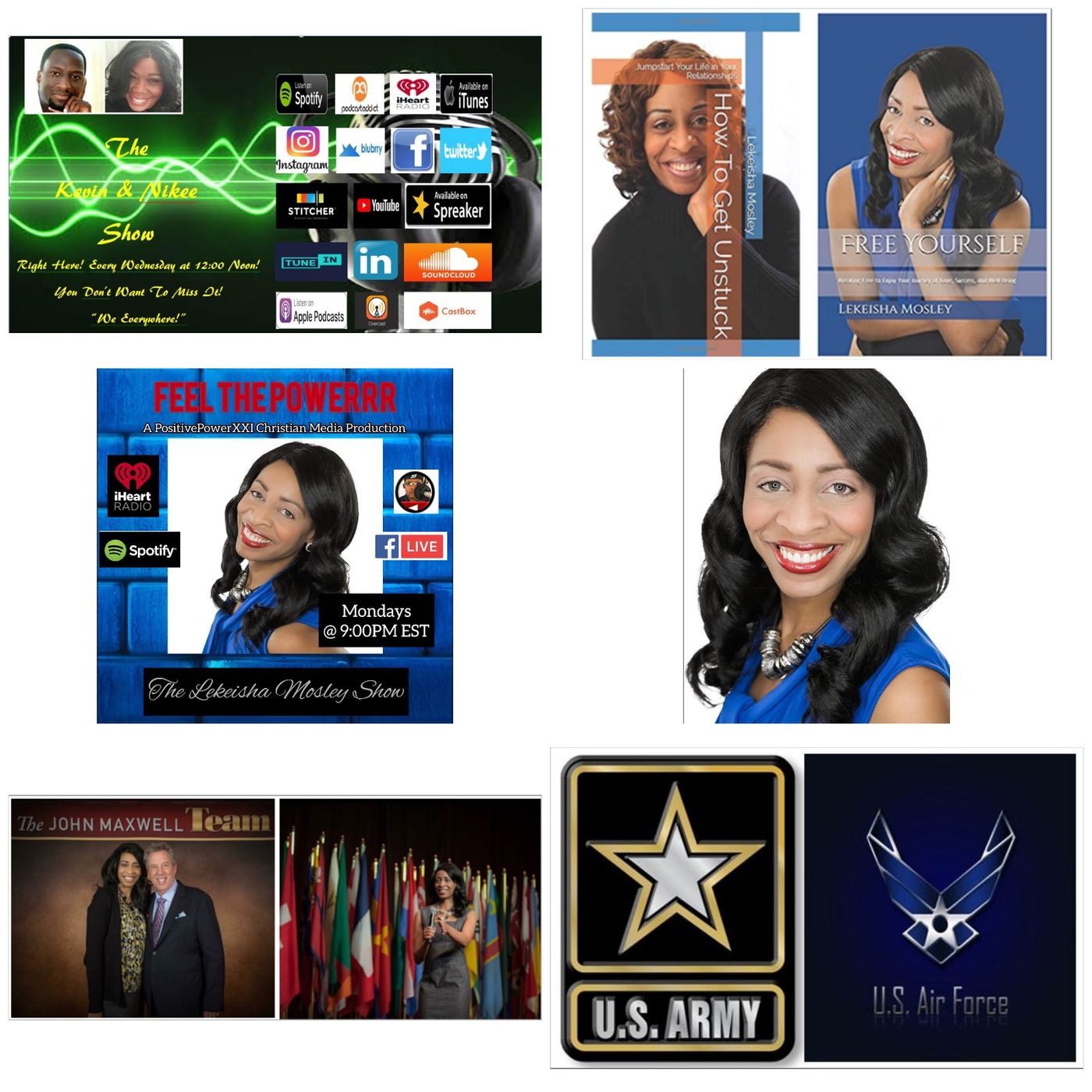 In keeping with Women's History Month, we are honoring Lekeisha Mosley. Lekeisha Mosley is a Radio and TV Host, and is the Co Producer of the Lekeisha Mosley Show. She is a Arthur and Educator and she teaches people how to jump start their lives and get unstuck. Check out Lekeisha's book How to Get Unstuck. Jumpstart Your Life In Your Relationship 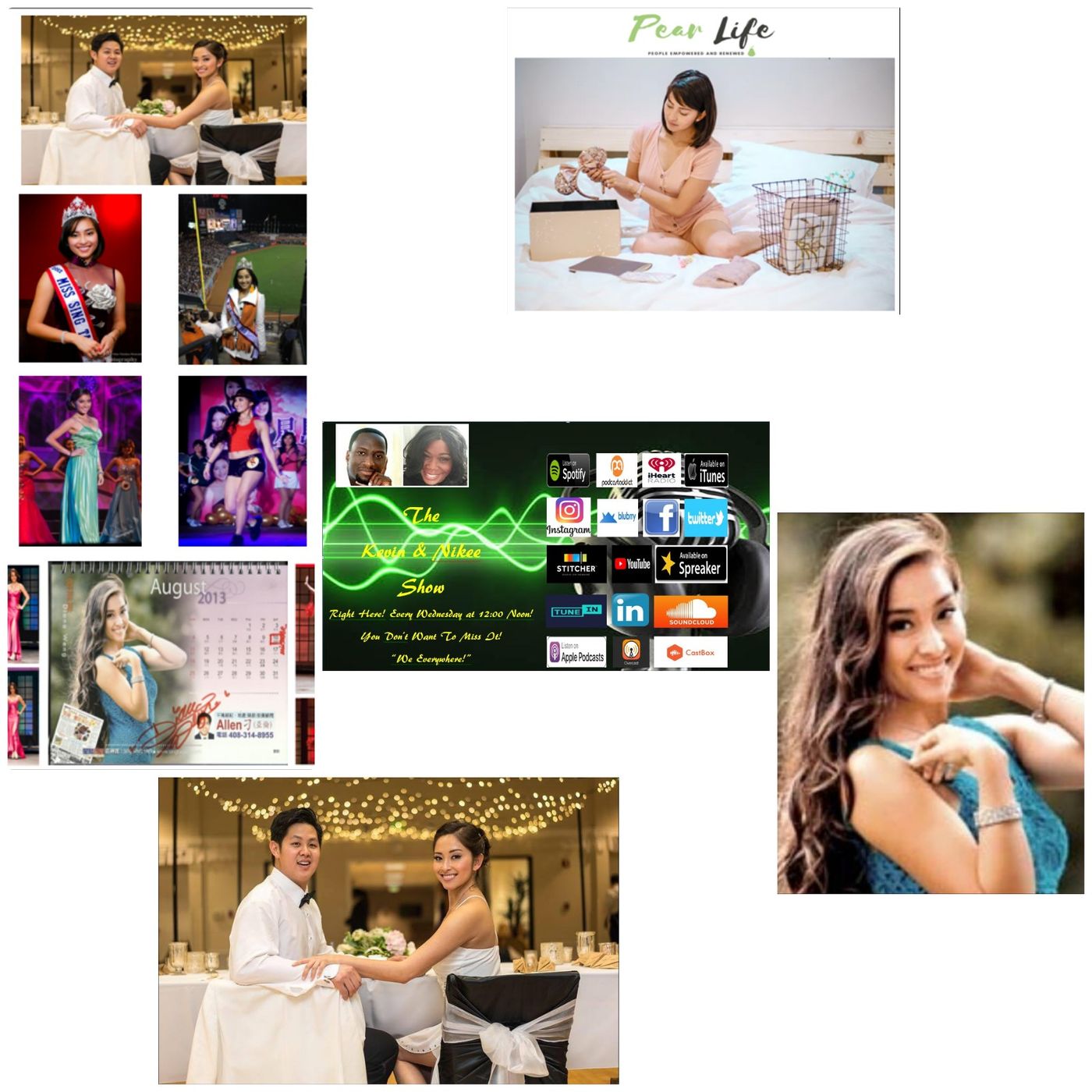 For Women's History Month, we are focusing on Diana Noriega Weng. Diana is a Model, Actress, Spanish Instructor, Teacher, Coach, Choreographer, Spanish Instructor and Translator. She Competed in many Beauty pageants but it's how she helps others through her lifestyle brand Pear Life that is today's focus. Diana and her husband Kyle work together to help empower and renew people and help to make them become better 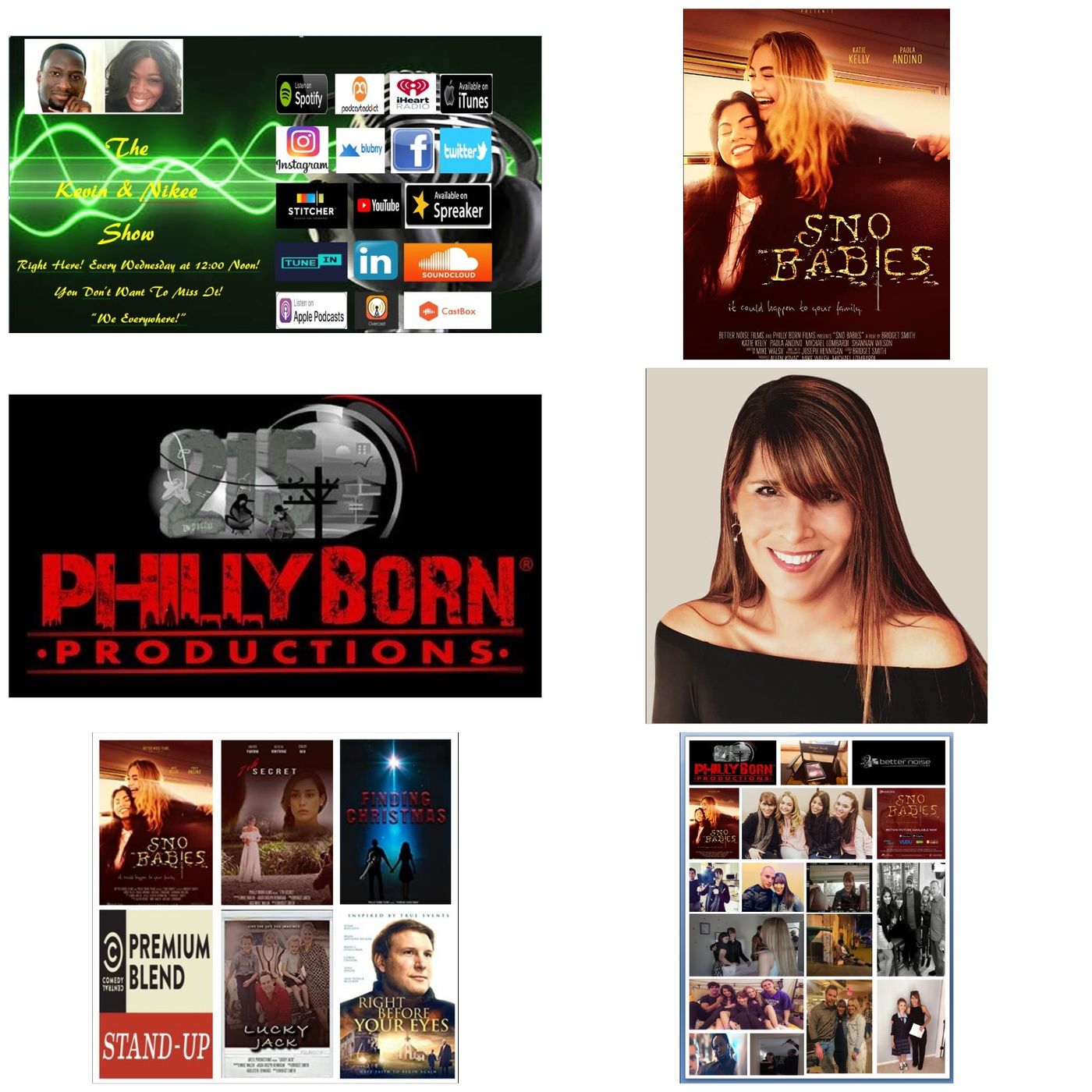 Keeping with Women's History Month, we're highlighting Bridget Smith. Bridget is a talented Director, Writer and Editor, she is the awesome director of Sno Babies. Sno Babies is a film that focuses on the drug epidemic that is affecting our youth. For more information, visit https://www.SnoBabiesMovie.com 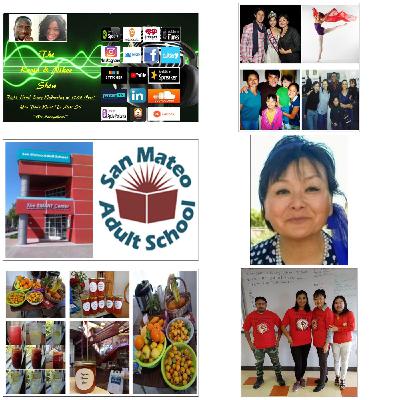 We are still celebrating Phenomenal Women. Today's highlight is Ms. Mary Wang. She's a Teacher, Educator, Writer, Mentor, Professional Foodie and Traveler. She has been teaching, training and loving life. And she makes awesome jam! It's Mary's hard work and dedication to family and helping others that make her our pick of the week 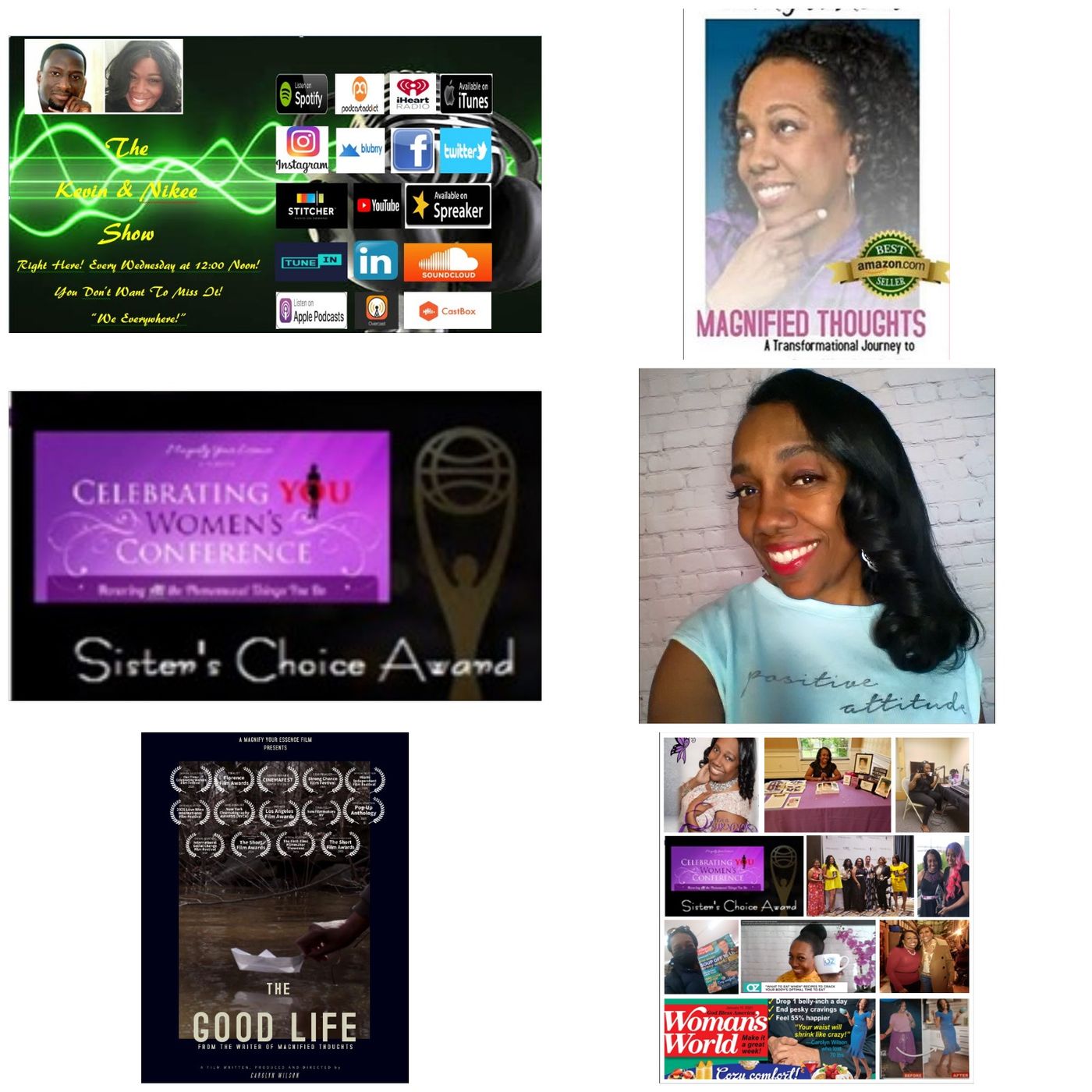 Carolyn Wilson is a Multi Award-winning Filmmaker, Bestselling Author of Magnify your Essence. She is responsible for helping women identify their life purpose and break through barriers and overcome their fears. It's Carolyn Wilson's love for people and helping them become better is why she is our pick for Women's History Month 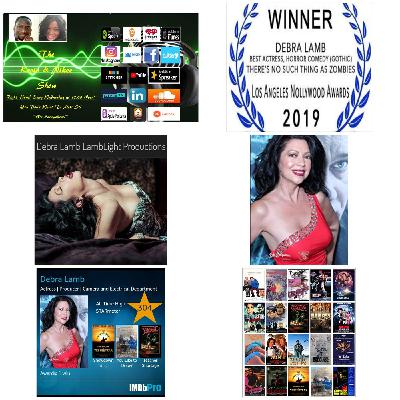 Debra Lamb is an American, Multi Award-winning Actress, Comedian, Writer, Screenwriter and so much more. She has been taking over the screen for many years and is known as the Scream Queen of the 80's. Hear how Debra got started acting and her advice to new artist. It's Debra's passion for her work that makes her our pick for Women's History Month 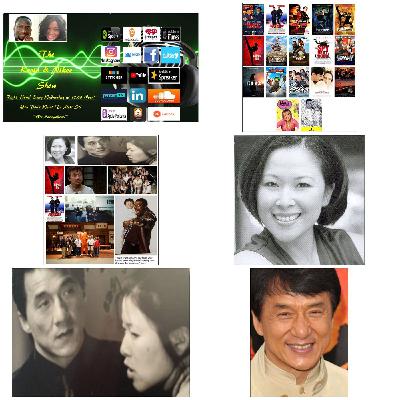 This week for Women's History Month, we honor Diana Weng. Diana is an Acting Mentor, Dialogue Coach and Consultant to actors in entertainment. She is known for her work with Legendary Actor, Jackie Chan. Diana began working with Jackie Chan in 1998 and continued working with him on many films. It is Diana's dedication and hard work that makes her our pick of the week 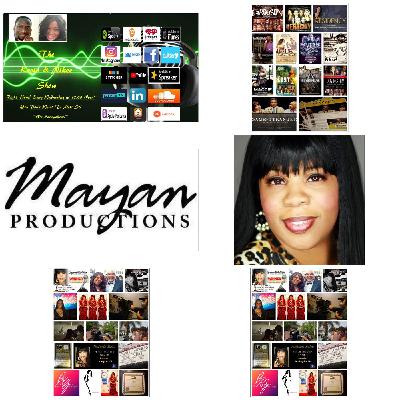 In honor of Women's History Month, we highlight Peachonda DuBose, Multi Award-winning Playwright, Screenwriter, Filmmaker and Director. Peachonda is also a Humanitarian and Activist. It is Peachonda's work towards bringing awareness to mental Illness and homelessness through her film MAGGIE, that makes her our choice for this week 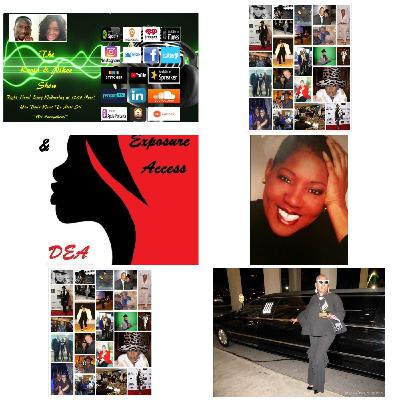 For Women's History Month, we celebrate Ms. Roz Fulton. Ms. Roz is a Multi Award-winning Celebrity Casting Director and Co-Founder of Directions and Exposure Access. Ms. Roz experience spans over 40 years in the business and she has help so many artists with their careers 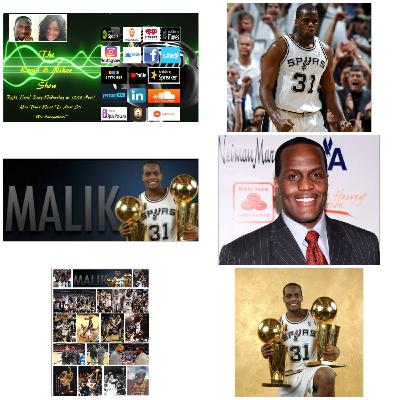 In honor of Black History Month, The focus is on Malik Rose. Malik Rose is the 2x NBA Champion with the San Antonio Spurs. He's a Former Sportscaster, Color Analyst, Assistant General Manager and the current NBA Front Office VP of Basketball Operations 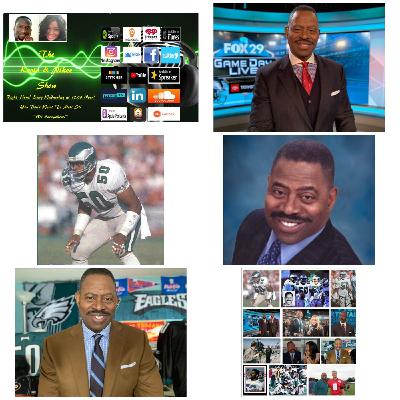 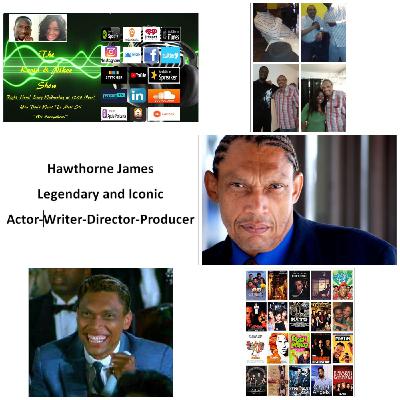 In honor of Black History Month, we honor Hawthorne James. Legendary, Iconic Actor, Writer, Director and Producer who has graced the big screen many times. Hawthorne has appeared in films such as Speed, Seven and Heaven's Prisoners, as well as classic films such as The Five Heartbeats and I'm Gonna Get You Sucka. It is Hawthorne James contribution to the arts that makes him our highlight for this week 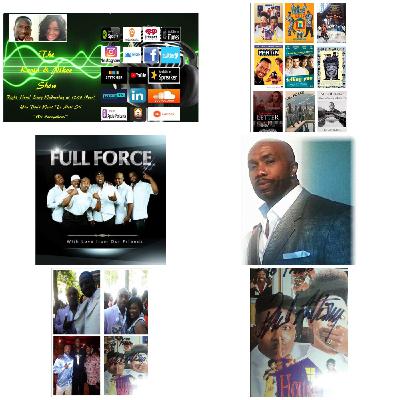 In honor of Black History Month, we honor Paul Anthony of the Legendary R&B/Hip Hop Group, Full Force. Full Force has over the years, written and produced many hits sung by some of the biggest names in music. From House Party to the stage, this group can be seen rocking and jamming and they have no plans at all, of slowing down 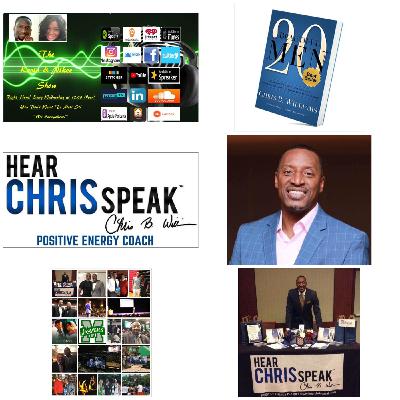 Chris B. Williams is an American Positive Energy Coach, Author, Motivational Speaker, Serial Entrepreneur and Mentor. He is the co-author of the best selling book "20 Beautiful Men" and he is a member of the Manhattan Jaspers men's and women's basketball teams. Hear Chris talk about helping people become better which can be achieved by changing their mindset 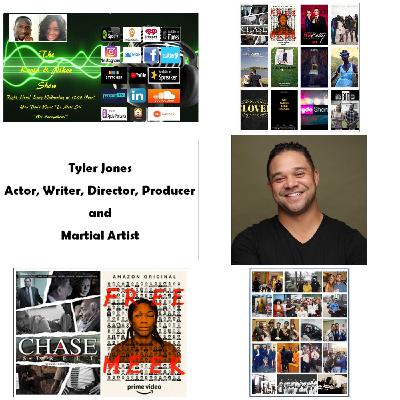 Tyler Jones is an American Actor, Writer, Director, Producer and Martial Artist. You have seen him in Wentz Moves with Philadelphia Eagles Quarterback, Carson Wentz and Free Meek, starring Hip Hop Rap Superstar, Meek Mill. Hear Tyler talk about his experience of working on set and what he has coming up soon 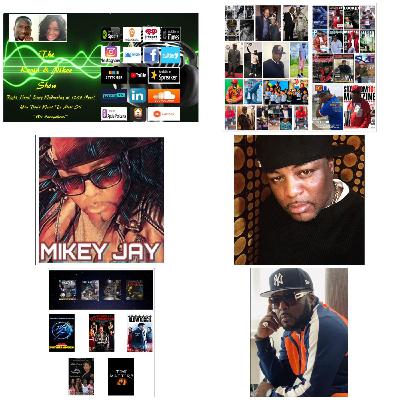 Mikey Jay aka Mike Varsity is an American-Trinidadian, and is a Legrnd in his own right. He is a Legendary 2x Grammy Nominee, Actor, Writer, Screenwriter, Director, Filmmaker and Entrepreneur. You have seen him with some of Hip Hop most notable artist and on shows like 106 and Park, BET and Freestyle Friday, just to name a few. Hear Mikey talk about how he got started and how he moved from the mic to the camera 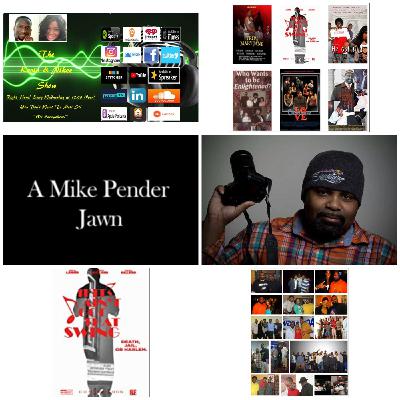 Mike A. Pender is an American Multi Award-winning Indie Film Maker, Director, Writer Producer, Actor, Editor and Cinematographer. He has won several international awards for his films, one of which was the Silver Award for Best Short Film. Hear Mike talk about how he got started and his advice to actors and directors, starting out 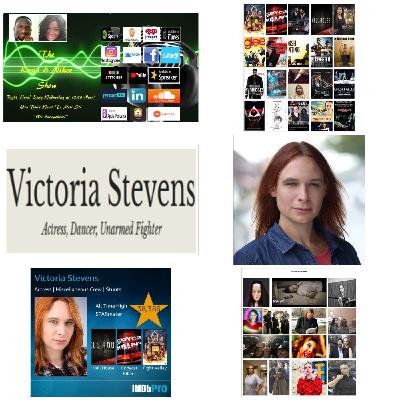 Victoria Stevens is an American Actress, Model, Makeup Artist, Dancer, Unarmed Fighter, Editor, Sketch Artist, Writer for the Hollywood Times and Animal Activist. Victoria is also a Passionate Christian. You have seen her in some notable films such as CREED II, 21 Bridges and Glee. Hear Victoria talk about how she got started acting and her love for our four legged friends
See More
Comments