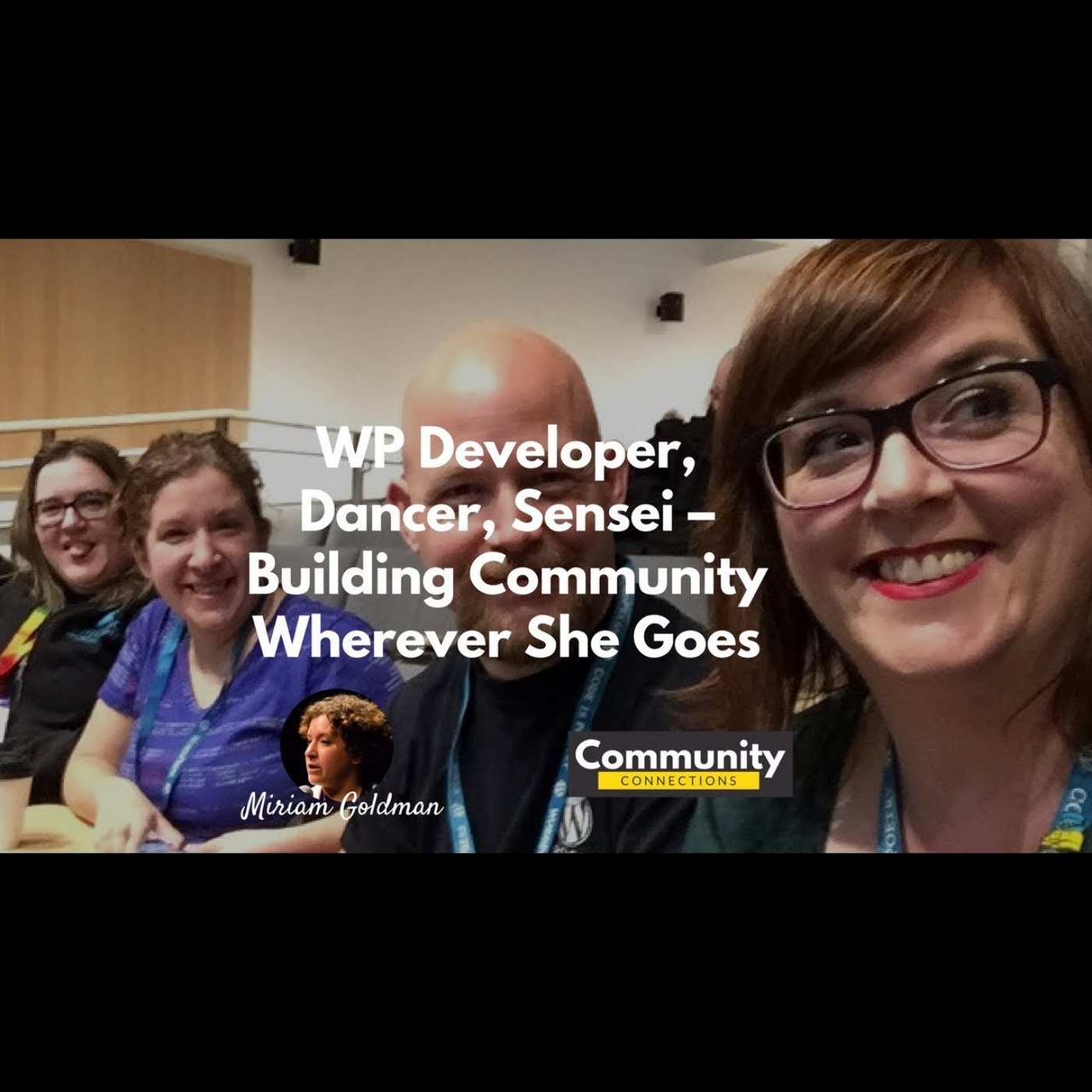 In this interview, Jen Miller and Bridget Willard interview Ottawa resident, WordPress Developer, Third Degree Black Belt Sensei, and dancer Miriam Goldman about how she builds community wherever she goes. This past six months she's been traveling around the country hosting Women in WordPress Panels, bringing people together, and raising awareness of the challenges and triumphs in the communities we live. Check out this show and jump in the chat to ask her questions.The post EP12 – Miriam Goldman: WP Developer, Dancer, Sensei – Building Community Wherever She Goes – Community Connections appeared first on WPwatercooler. 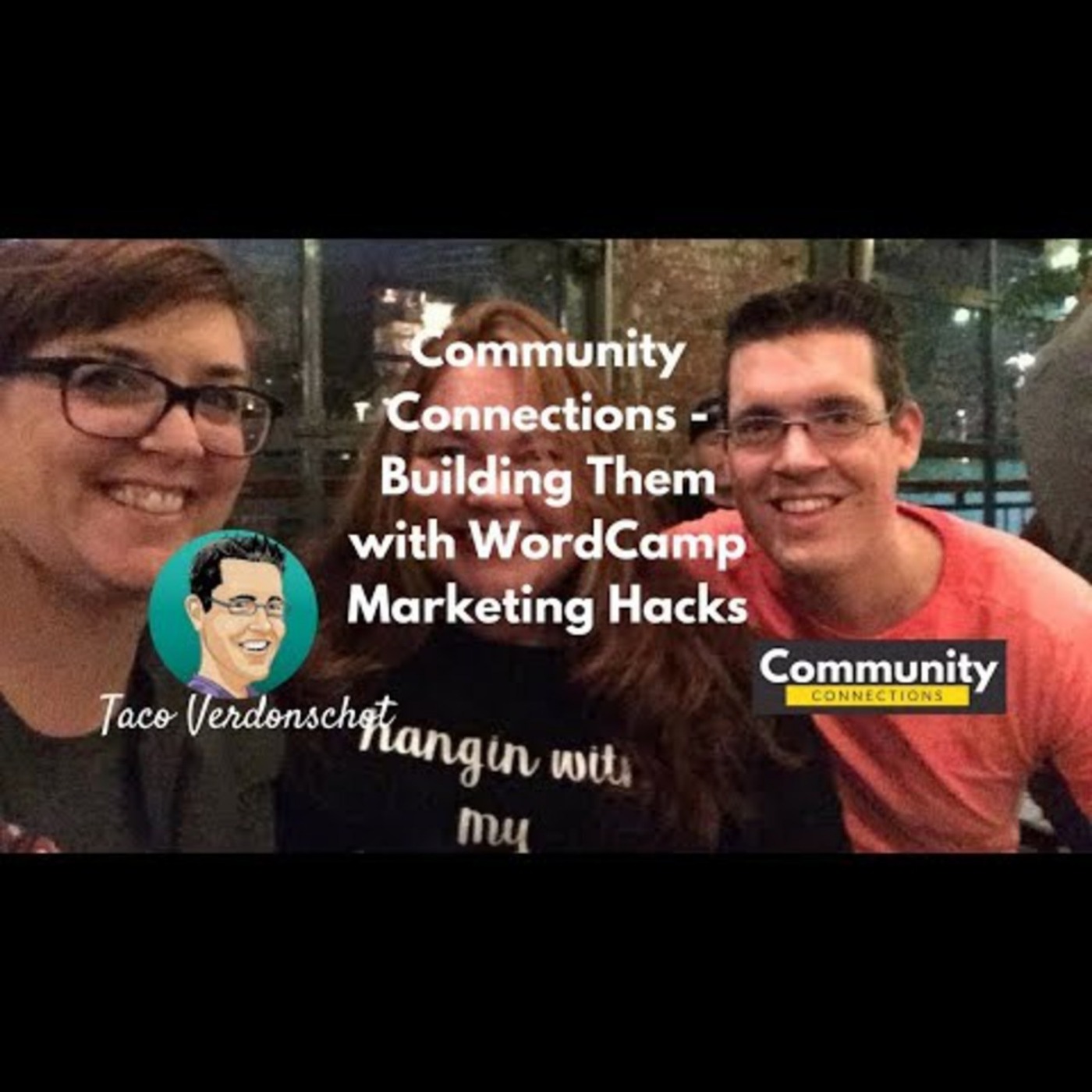 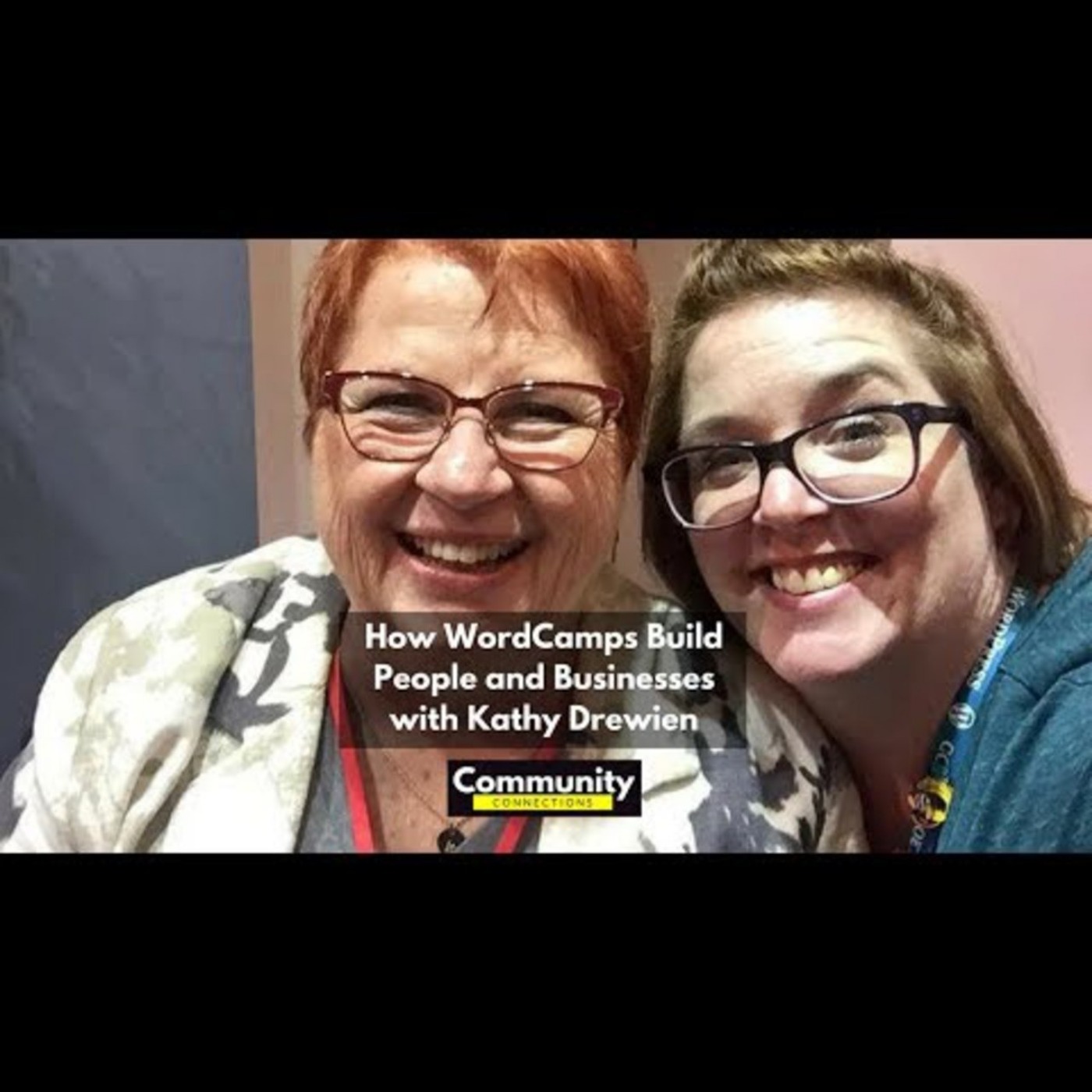 In this episode, Jen Miller and Bridget Willard chat with Kathy Drewien, founder of Delta Primed and long-time community member in Atlanta, Georgia. Her sunny disposition is part of her brand and coaching. Find out more about how Kathy builds community by building people in this episode of Community Connections.The post EP10 – How WordCamps Build People and Businesses with Kathy Drewien – Community Connections appeared first on WPwatercooler. 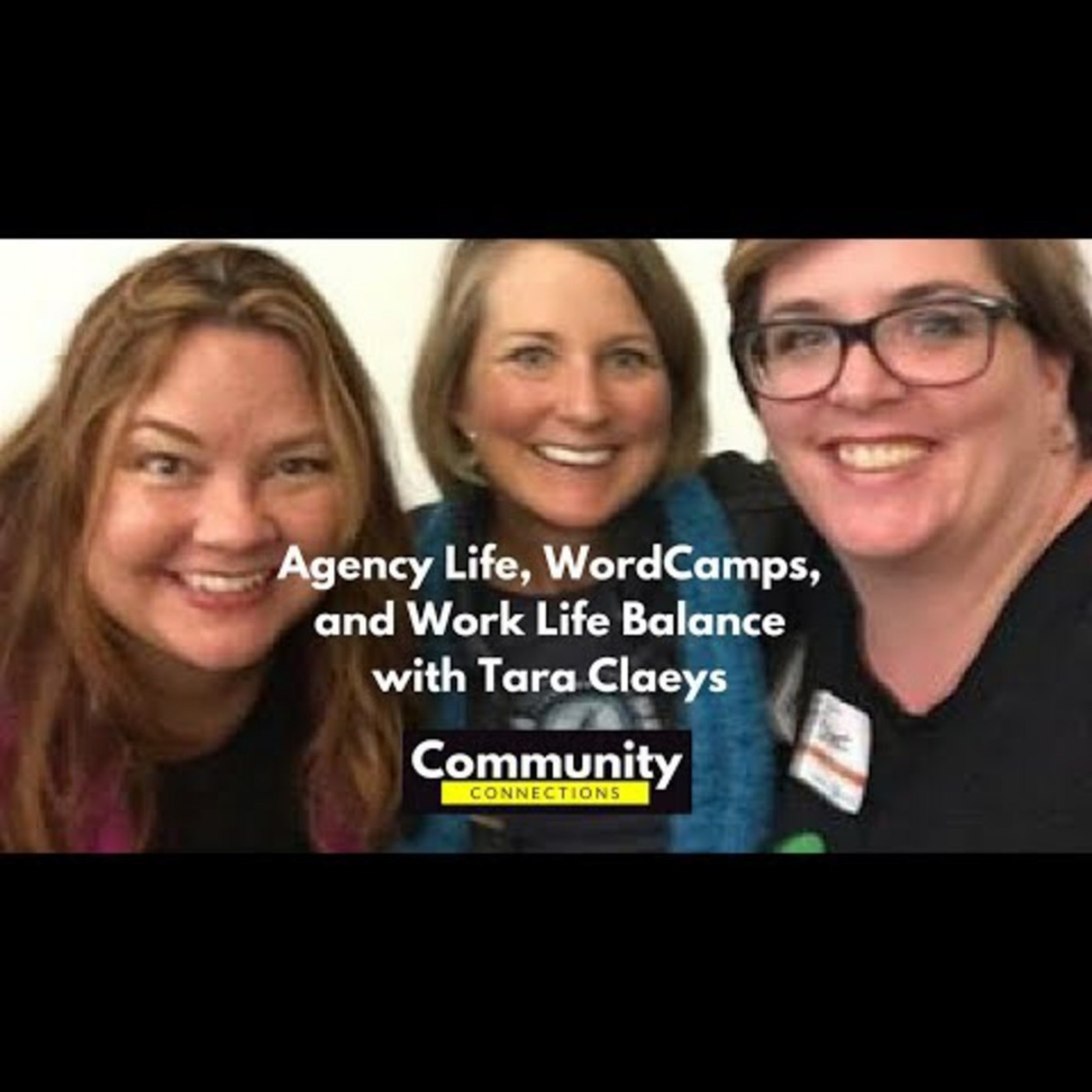 Based in Arlington, Virginia, Tara Claeys is the owner of Design TLC, and a co-founder of Nice Work, LLC, producing custom websites for small and medium businesses. Tara’s focus is on education and non profit websites, although she has also worked on business-to-business, restaurant, e-commerce and real estate projects. She works closely with her clients to create effective, clean and personal communication platforms.In addition to running her own companies, she is a regular attendee at the WordPress DC Meetup and runs the Arlington/NoVa WordPress branch of this Meetup. Tara is also a co-host of the podcast Hallway Chats.Outside of work, Tara is a runner, a cyclist, and a musical theater enthusiast.Keep an eye out for Tara on Twitter: https://twitter.com/TaraClaeysThe post EP9 – Agency Life, WordCamps, & Work Life Balance w/ Tara Claeys – Community Connections Community Connections appeared first on WPwatercooler. 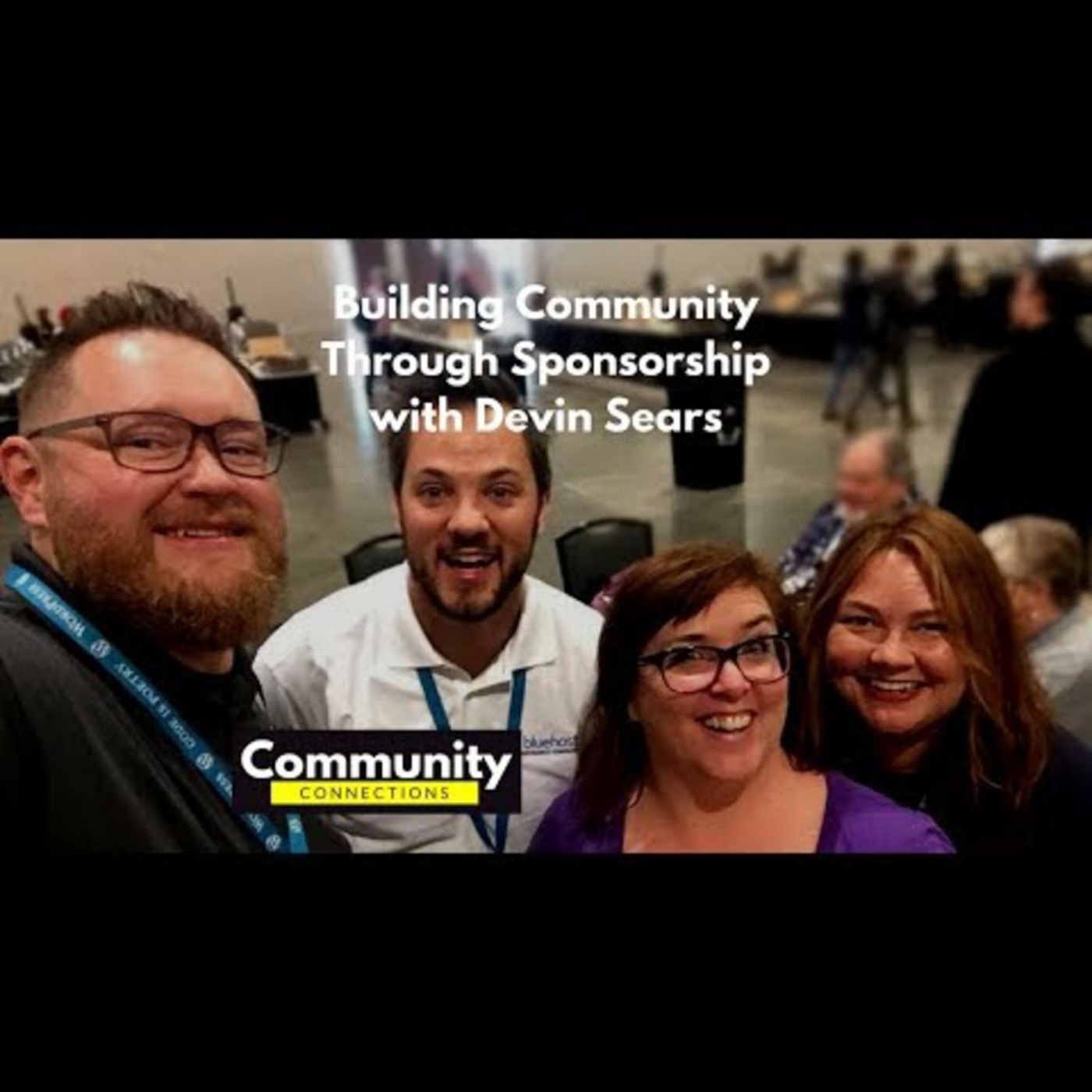 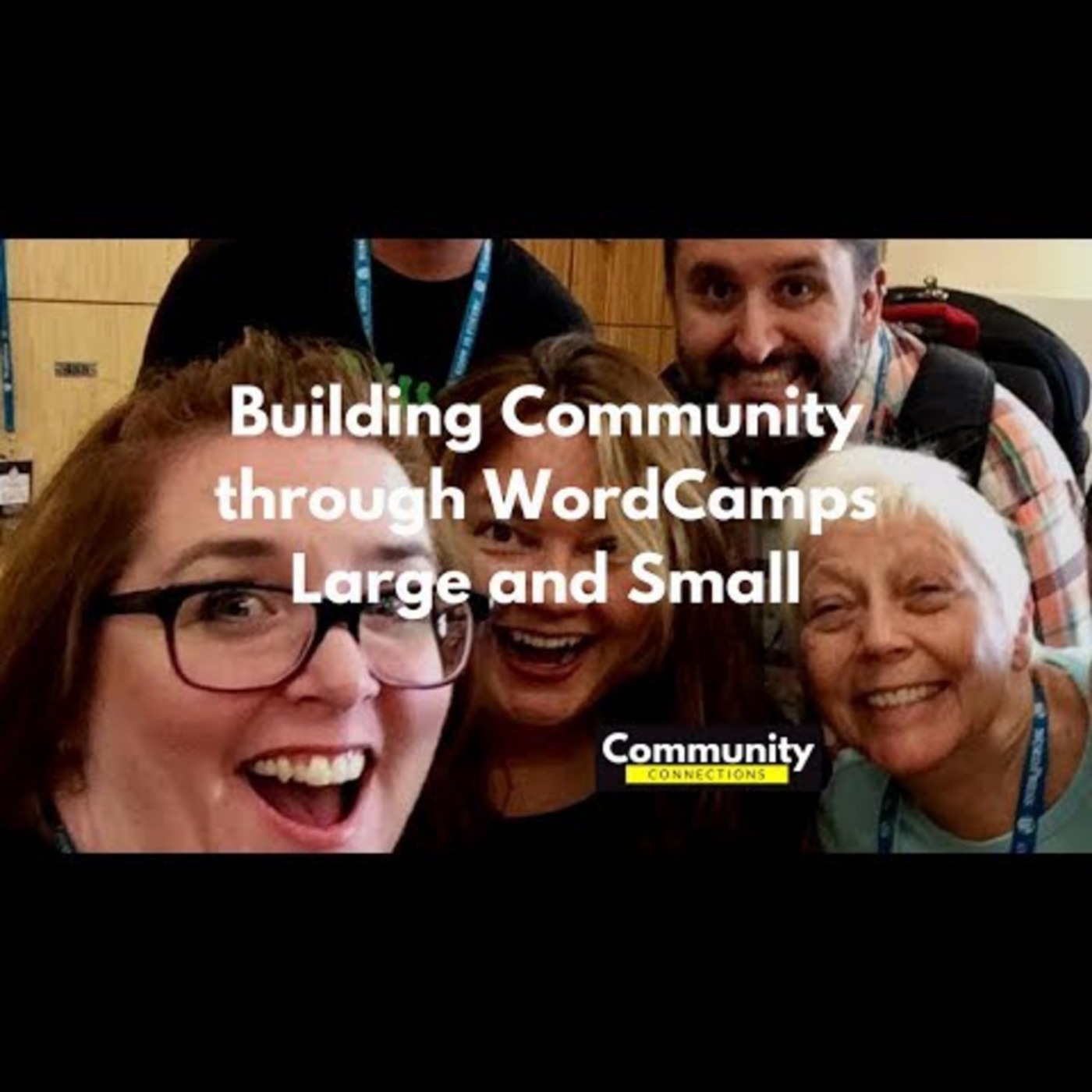 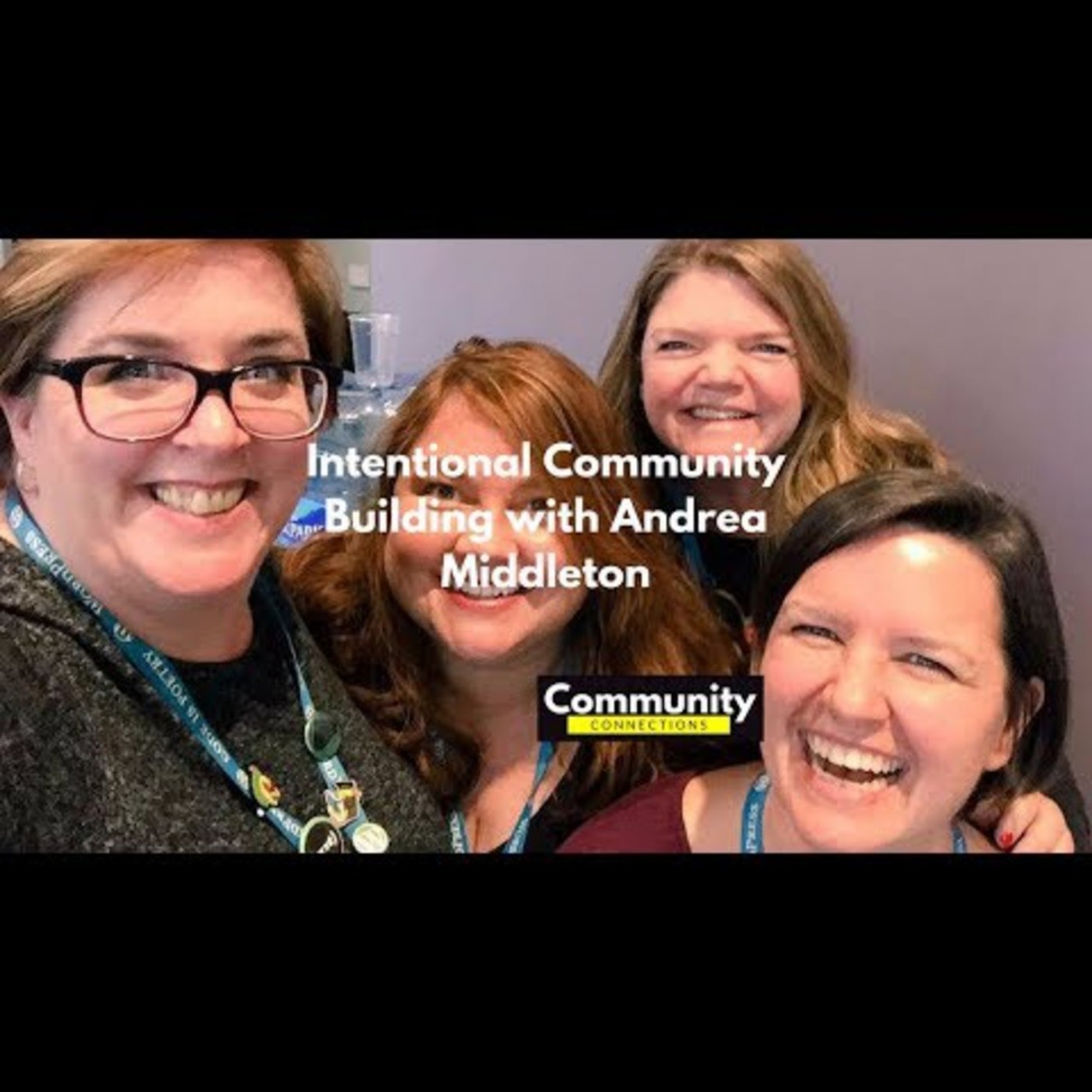 In this episode Jen and Bridget talk with Andrea Middleton who works for Automattic as a Community Organizer on the WordPress open source project. They'll deep dive into what it takes to keep a community, protect its culture, and also find out a little bit about Andrea, a mom and wine blogger.The post EP6 – Intentional Community Building w/ Andrea Middleton – Community Connections appeared first on WPwatercooler. 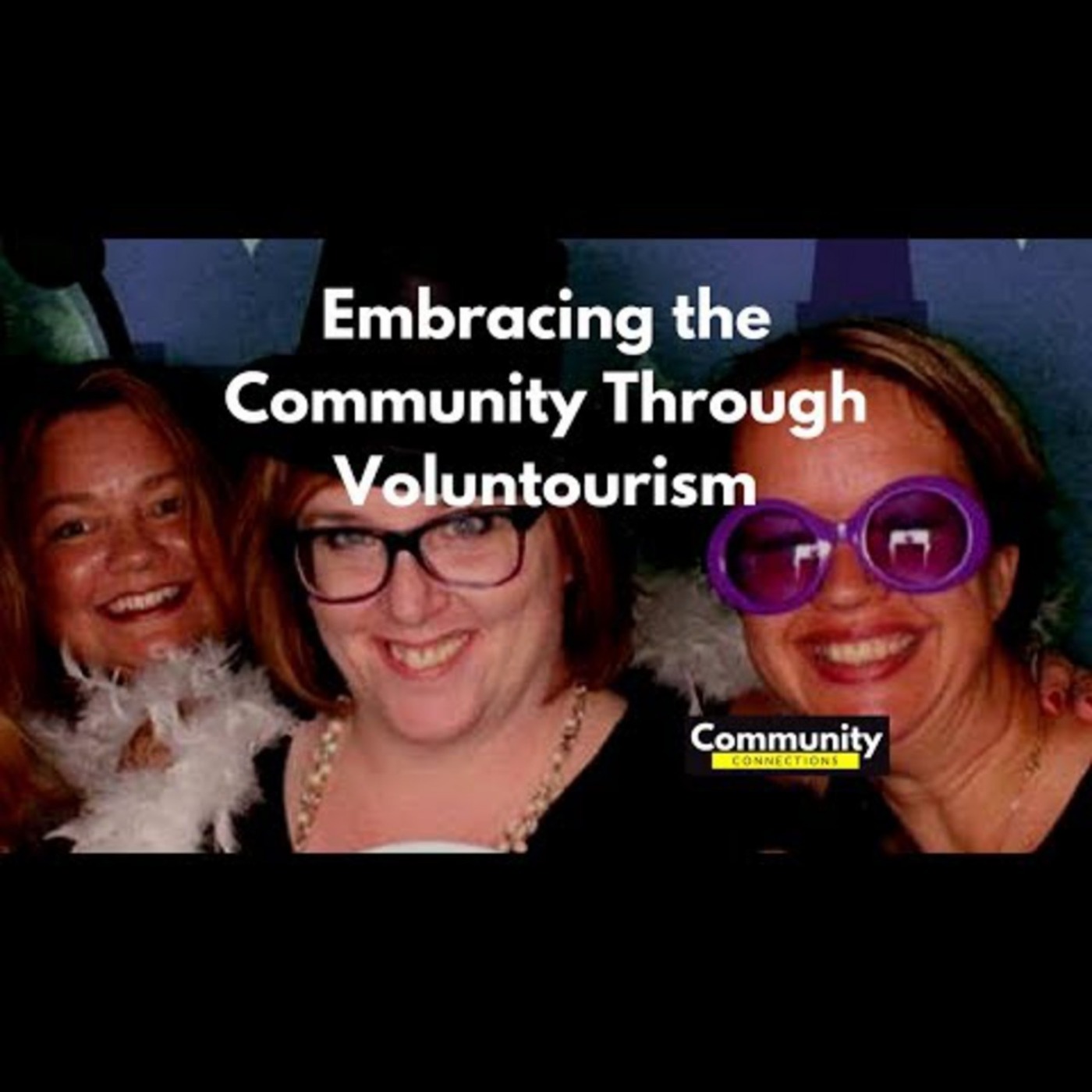 Bridget Willard and Jen Miller talk with Yvette Sonneveld on Embracing the WordPress Community Through Voluntourism. An avid WordCamp volunteer who plans to attend and volunteer at 3 WordCamps this year, Yvette will share how doing so empowered her life and her WordPress community. Bridget, Yvette and Jen met the call to contribute and connected in Paris at WordCamp Europe 2017. Traveling to Europe required each leaving the comforts of home, work and family to experience a new location, a new language and a new WordPress community. New friends were made. Unexpected experiences were had. Perspectives were forever altered. You won't want to miss this episode of Community Connections!@yvettesonneveldhttp://inboundmarketingbliss.comThe post EP5 – Embracing the Community Through Voluntourism – Community Connections appeared first on WPwatercooler. 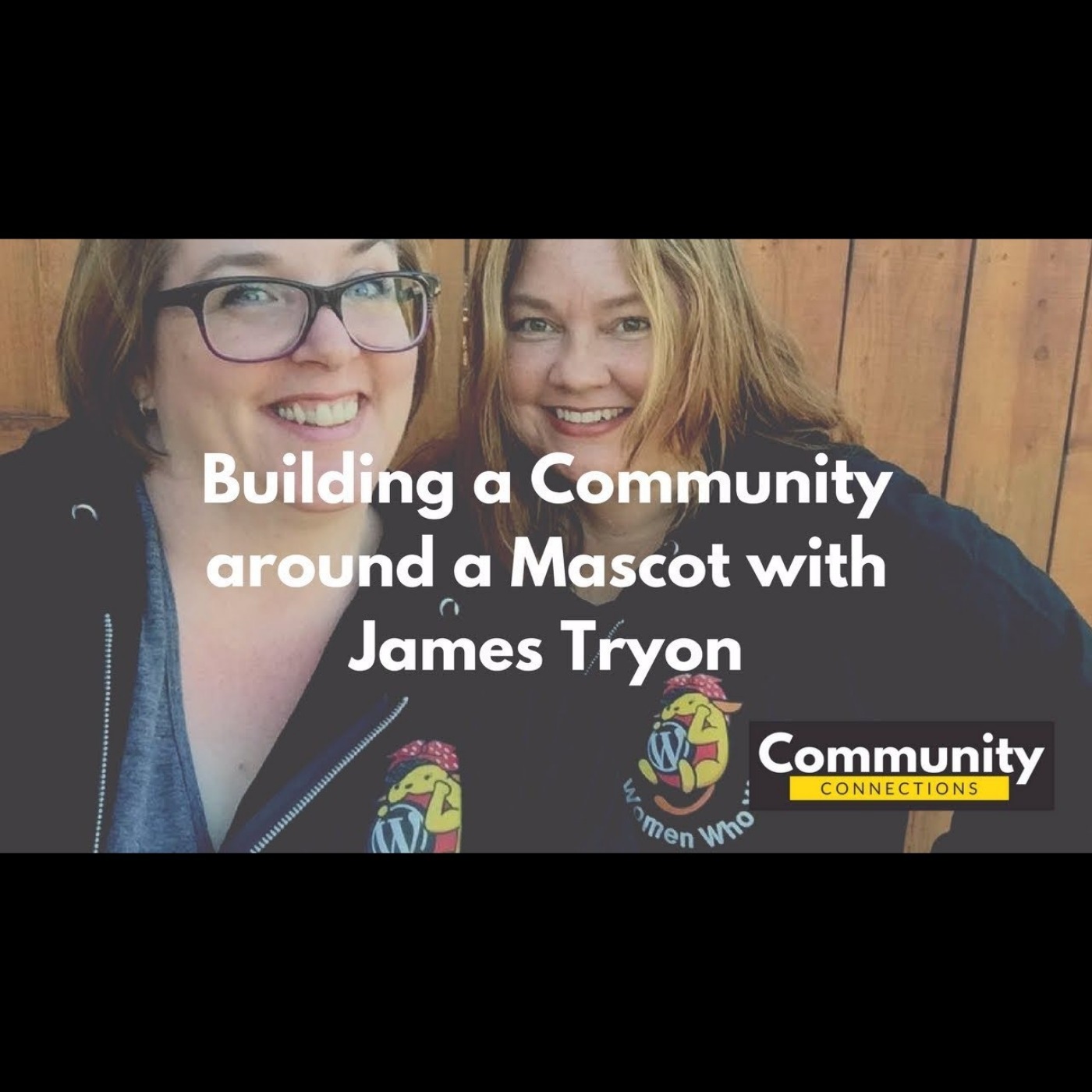 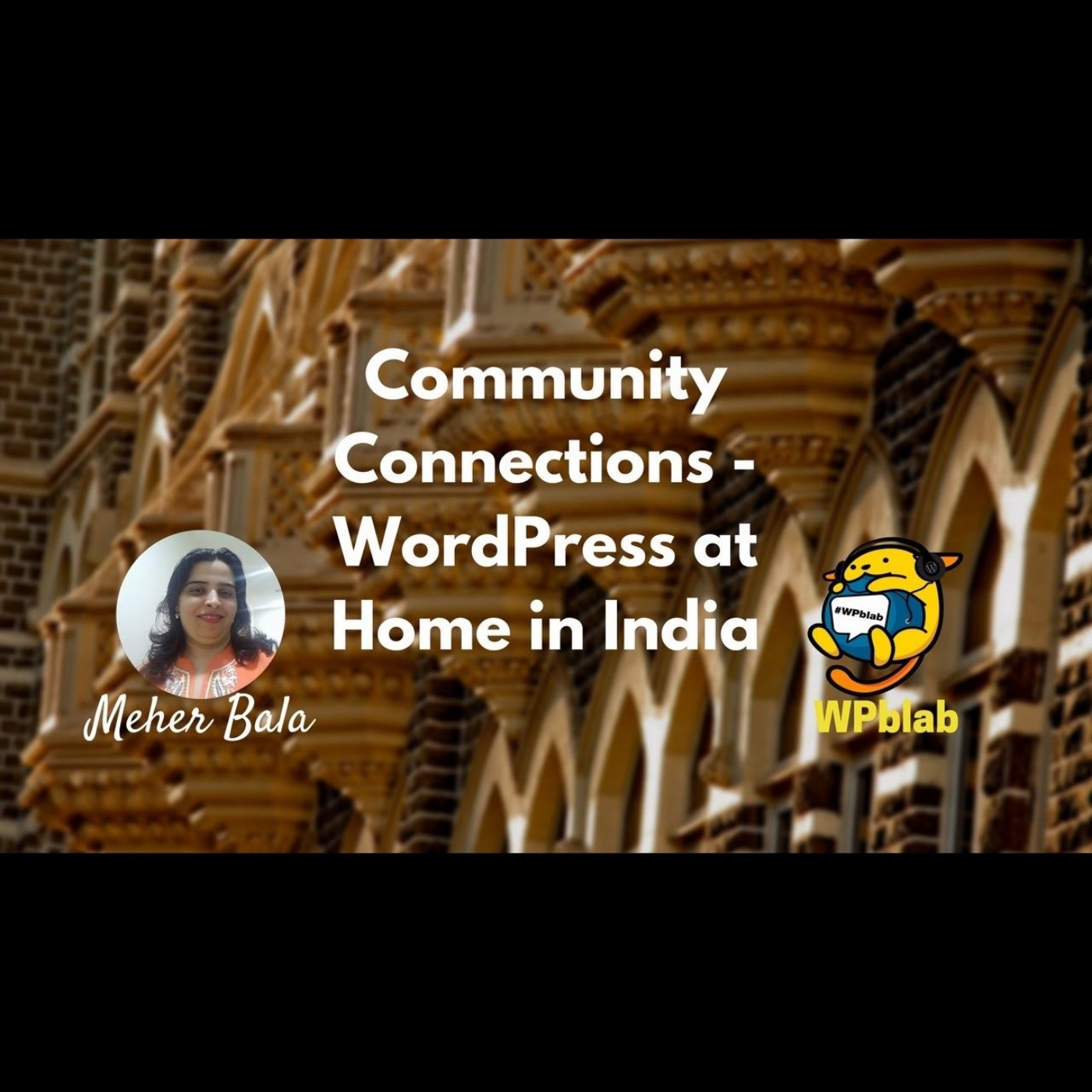 Meher Bala joins Bridget Willard and Jen Miller to discuss the topic of Community Connections – WordPress at Home in India.Linkshttp://meherbala.in/about-me/https://twitter.com/meherbalahttps://www.linkedin.com/in/meherbalaHow did you get started in WordPress?11 years and 4 months ago – Completed software development course, was introduced to WP and fell in love with it – very user friendly and good for non-technical people to get startedWhat's it like being in the WordPress community in India?It’s like having a very big, very diverse family, all over the country! Everyone gets together once a month for about 2 hours – and then chat/network after. 4,200 members!! 600 attendees at last WordCamp!How are people working in India?Most work for companies who run WordPress, developing themes, plugins and offering support. Some people have started working remote or freelance.Why did you decide to volunteer at WordCamp Mumbai?Started attending meetups by invitation and heard about WordCamps. Attended her very first in 2016 and chose to volunteer as well! Has not spoken yet, though a lot of friends are encouraging her! Helped handle the speaker selection at the last WordCamp and learned a lot about the process.What’s different from the other tech community?“In WordPress, people are more friendly.” My family wondered how I got so many friends in such a short amount of time!Can you tell us a little about your experience as a young adult and women in tech? When I was younger I was dyslexic so didn’t really try very hard. Once I discovered computers and coding I became interested in learning all I could.Is there a difference in the general tech vs the WordPress community in India? The people who work in tech aren’t really a community like WordPress is. WordPress is like family.How did you first learn WordPress?Started learning with searches on google and generally lots of researching!How do you WordPress?I am a WordPress DeveloperDescribe your typical workday. Describe your typical non-work day?I’m a night owl! My day starts at 11 and ends at 2 or 3am! I start working on emails, checking out WordPress slack, both Mumbai and the main Slack! Getting the hang of it – there are SO many messages!Do you know how your local Meetup got started?Two guys (names?) started the meetup to get a community together around WordPress, started in local coffee shops, casual chat. More people started taking an interest and it has grown a lot!Which WordCamp was your first and was it easy for you to go?2016 – I was shy and hiding in the corner! But even at the registration desk people were so happy and friendly and smiling!What does community and family mean to you?Family is important – it is like the “backbone” – my family has supported me throughout! I was dyslexic. If my family was not there for me, I wouldn’t be where I am today. Family was very supportive of involvement in meetup and WordCamp – started having so many friends and people to talk to!What do you do besides WordPress with your time?Loves cooking and making desserts, helps out her mom and spends a lot of time just chilling out with her friends.What was it like growing up in India?I was the youngest, so everyone pampered me! I always had people I could talk to or relate to where I grew up.What advice do you have for women who WordPress?Don’t be shy! I know it’s difficult when you don’t know anyone! We are not monsters, we’re here to help you! We want to learn from you – what you know, we may not know and vice versa. We need more women to be involved! Come to meetups / wordcamps. “Just show up!” There is so much to learn from people who are more experienced. Work is not the only place where you have friends – there is a community ready to welcome you!Where are you meeting people in the WordPress community?Facebook WordPress Group, on Twitter and SlackIs there anything else you think we should know about you, your community or how you WordPress?20-30% in the India community take on WordPress projects from the USWhere do you see yourself in 5 years?Definitely staying in the WordPress community – I want to see 5000+ attendees at our WordCamps, I want to see the ‘madness’! Might want to start WP Women Developers group – want to see more women join in.The post EP3 – WordPress at Home in India w/ Meher Bala – Community Connections appeared first on WPwatercooler. 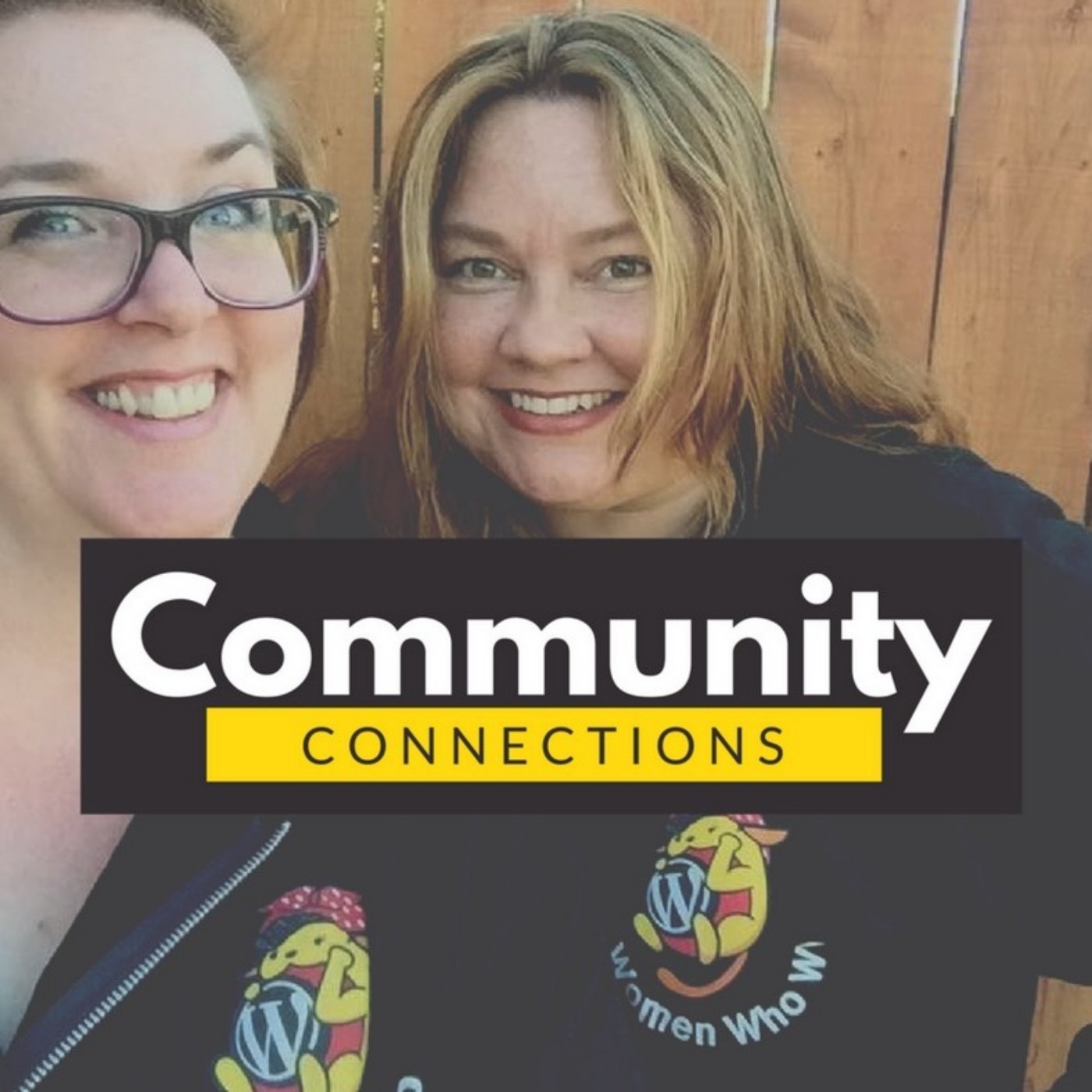 Bridget Willard and Jen Miller are joined by Justine Pretorious to discuss Marketing hacks to build community connections at a WordCamp.Tweeting as WCLAX by Bridget WillardWordCamp marketing is not like regular event marketing – it’s a very different cultureKnowing where your audience exists is important – WordPress users are very active on twitterJustine originally wanted nothing to do with Twitter and didn’t start using it until she was asked to tweet on the business account for her employerBridget really connected with the WordPress community and met people from the community because of TwitterVolunteering enhances your experience in the WordPress community because it connects you to the people who are most involved – it is a gateway and allows you to put your skills to workJustine moved from Truckee to Portland and found the local WordCamp and volunteered herself to do their social mediaJen Miller first connected with the WordPress community through volunteering at WordCamp Orange CountyMake sure when you post to twitter, especially from a WordPress site, that you use a good image and use featured images on your post! It’s a huge part of good marketing.Canva is a good option if you don’t have Photoshop – they offer layouts and pre-defined sizingMake sure to use a 1200 x 628 featured image in every post or page on your WordPress siteYou can see what facebook (open graph images) will render when you use the facebook debugger tool https://developers.facebook.com/tools-and-support/For WordCamps it’s important to remember there are pre-”game” components and post-game – you should still be tweeting & covering those events – the camp doesn’t end when the last session closes!Keep the love going during non-camp times by tweeting other local WordPress Meetups and events – keeps your logo and account in front of people even when you don’t have something going onDon’t forget to keep “hospitality” in mind – make it easier for the new people – share tips. Give important information to help everyone feel welcome, answer questions during the event.Before the event, tweet out as much information as possible, location, snacks/meal info, what to expect, what to bring (and what you shouldn’t), and lots of general adviceIf you are going to sponsor and be at a WordCamp, make sure you follow the main twitter account, start talking about it several months in advance, talk about your team who is going, help promote the event by sharing info, hashtag and document your time at the WordCampPut the WordCamp speakers and attendees on twitter lists so that you and others can follow along without getting overwhelmedBridget: Dear WordCamp speakers:Update your gravatar with your current image with all your relevant info (make sure your photo looks like you!!)Give your current twitter handle and make yourself easy to findInclude your twitter handle on your presentation slides – people want to help promote you!Announce speakers before you sell tickets if at all possible – people need to know why they are buying ticketsTweet about speakers with photos and make sure you include their bios/photos on your siteEvery WordCamp has it’s own unique culture – try to include some of that culture and local color in your marketing tweets – “Local SEO” – share what makes your area / camp unique!Doing teasers of the content in your presentation is a great way to build up interest and get people to come to your talk! Share selfies – it helps people to feel more connected, like they know you.Tweet during the sessions that you attend and share valuable information (with attribution) – especially quotesMany WordPress companies recruit (some even exclusively) at WordCamps – if you want to get noticed, be tweeting and share valuable quotes and informationIf you’re looking for a social media guru for your WordCamp – pay attention to the people in your community that are active on social media, or even attend a social media networking eventCreate countdowns for social media to build up excitement and engagement in your audience, can include featured speaker profiles, fun facts, local info and moreSchedule out tweets to be sent as each of the speakers are about to get on stage at your WordCamp and mix with live tweets during the eventThanks for the show notesCheryl LaPrade – @YayCherylSherie LaPrade – @HeySherie

EP1 – In, Around and Through WordPress w/ Raquel Landefeld

This week on WPblab Bridget Willard and Jen Miller are joined by Raquel Landefeld of Mode Effect to talk about community connections – in, around and through WordPress.
See More
Comments