There is something fundamentally wrong going on in Canada. Jihadis are literally roaming free on peace bonds, even after getting caught with manuals on bomb-making! But Christian pastors who oppose forced vaccinations are getting arrested in a most demonstrative way! Full story: https://2x1.io/pastor-getting-arrested-canda-anch --- This episode is sponsored by · Anchor: The easiest way to make a podcast. https://anchor.fm/app Support this podcast: https://anchor.fm/islamophobiawatch/support

A US Army vet-turned-jihadist has been indicted on charges of planning on inflicting 'mass casualties' on civilians in 2019 in Long Beach, California. Anyone still wondering what multiculturalism produces? There you have your Exhibit A! Full story and links here: https://islamophobia.watch/us-army-vet-turned-jihadist-indicted-on-terrorism-charges/ --- This episode is sponsored by · Anchor: The easiest way to make a podcast. https://anchor.fm/app Support this podcast: https://anchor.fm/islamophobiawatch/support

Have you wondered why you never hear people like Victor Orban, Sebastian Kurtz and Geert Wilders speak for themselves? Why aren't their voices being heard? They aren't the only ones but they are a good example that that even if you become a head of state, the leftist terrorist media will do anything in their power to prevent you from getting your message out. The same was true of Donald Trump and continues to be even more true today after he was demonstratively de-platformed by all almost social media. Website: https://islamophobia.watch/podcast/ --- This episode is sponsored by · Anchor: The easiest way to make a podcast. https://anchor.fm/app Support this podcast: https://anchor.fm/islamophobiawatch/support

“Ageism” is yet another evil that the woke culture is masterfully adding to the Marxist soup of fake grievances they hope to use to entice new followers. As of “racism” wasn’t enough, here comes “ageism”. What’s ageism, you might ask. Exactly. Another made up label, another lever in the ever-evolving machine of identity politics. One Emma Waldman offering advise to the victimized youth over at the Harvard Business Review: https://hbr.org/2020/11/gg-ascend-pub-11-11-how-old-is-old-enough Here is GlassDoor virtue signaling, too. https://www.prnewswire.com/news-releases/glassdoor-survey-finds-three-in-five-us-employees-have-experienced-or-witnessed-discrimination-based-on-age-race-gender-or-lgbtq-identity-at-work-300943513.html --- This episode is sponsored by · Anchor: The easiest way to make a podcast. https://anchor.fm/app Support this podcast: https://anchor.fm/islamophobiawatch/support

Hey "Islamophobes" how have you been? This is the official welcome for our brand new community on Locals.com Locals.com aspiers to be a free speech platform allowing for the creation of communities similar to Patreon. Patreon has proven to be a censorship platform. They have kicked out all kinds of people who are critical of Islam so it doesn't make sense to support them at all. Regular membership on Locals is $3/m. Join us for free during December with promo code STOPFGM https://islamophobes.locals.com/support/promo/STOPFGM --- This episode is sponsored by · Anchor: The easiest way to make a podcast. https://anchor.fm/app Support this podcast: https://anchor.fm/islamophobiawatch/support 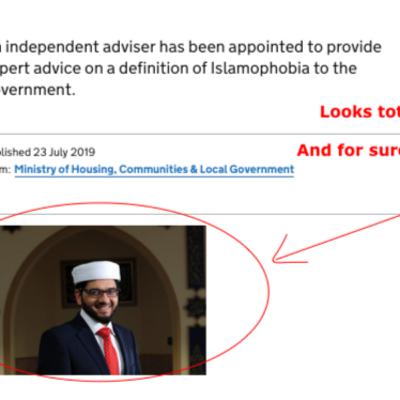 The leftist utopians who have taken over the government institutions of Western countries are indeed extremely dumb and incompetent. But this isn't why they are appointing mullahs in charge of fake institutions. They know exactly what they are doing. They know well enough they are destroying the Judeo-Christian civilization that stands in the way of Communism. In fact, they are obsessed with achieving their sinister goal. If they weren't they wouldn't have become leftist utopians which in fact is totalitarianism. How can do this? Because they are shameless. Patreon post: https://www.patreon.com/posts/shameless-44139004 Website: https://islamophobia.watch --- This episode is sponsored by · Anchor: The easiest way to make a podcast. https://anchor.fm/app Support this podcast: https://anchor.fm/islamophobiawatch/support 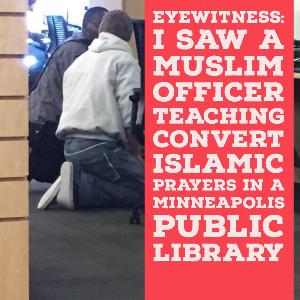 On February 25th an eyewitness contacted Third Rail Talk to share a very disturbing story about someone in uniform showing a convert to Islam how to pray - right in the middle of the room of a Minneapolis Public Library.  Listen on and tell us what you think about! --- This episode is sponsored by · Anchor: The easiest way to make a podcast. https://anchor.fm/app Support this podcast: https://anchor.fm/islamophobiawatch/support 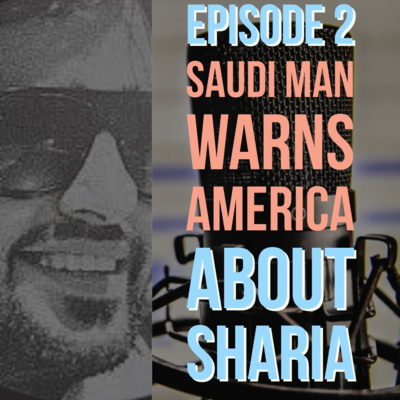 On this episode of Third Rail Talk, we will hear from a very interesting guest from Saudi Arabia. Abdul Aldosary is from Saudi Arabia. He studied and worked in the US and came to appreciate the liberty we have in this country. He calls himself a "secular Muslim", he believes the "problematic" parts of the Quran and any religions shouldn't be applied to today's society and most importantly, he issues a serious warning to America about Sharia Law and terrorist organizations like the Muslim Brotherhood and its American representatives CAIR, ISNA, MAS, and others. As always, feel free to send us your feedback, this is YOUR media platform, not corporate America, not government controlled. Podcast home: https://anchor.fm/ThirdRailTalk Patreon: https://patreon.com/ThirdRailTalk Website & newsletter signup: www.thirdrailtalk.com Facebook: facebook.com/thirdrailtalk Twitter: twitter.com/thirdrailtalk YouTube: youtube.com/thirdrailtalk GAB: gab.ai/thirdrailtalk --- This episode is sponsored by · Anchor: The easiest way to make a podcast. https://anchor.fm/app Support this podcast: https://anchor.fm/islamophobiawatch/support 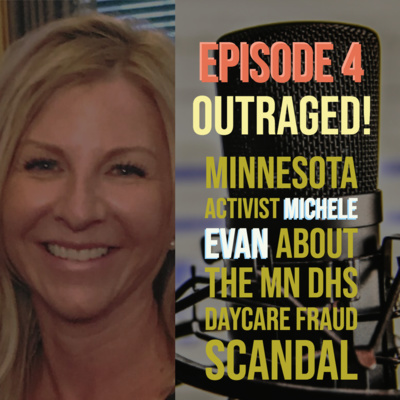 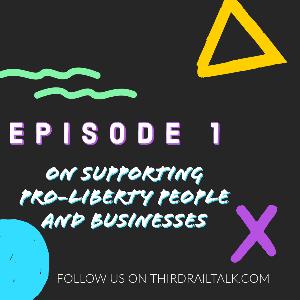 Time to start podcasting proper. So here it is, "Episode 1" of an actual podcast meant for our listening audience! All the links I mention are in the description below: A lot of us complain about how nasty are Twitter and Facebook. I'm one of them. We know about "activist" judges. We know about the activist mainstream "fake news" media. Enter the "activist businesses" such as Google, Apple, Facebook, and Twitter. [Microsoft probably not too different, except they aren't too involved with the social media arena and their colors have been showing too much.] What these activist businesses are doing is bad for freedom of speech, it's bad for America, it's bad for us, but it's also bad for them and bad for business. These companies (Facebook and Twitter are only two big players but we can list here Apple, Google, PayPal, GoDaddy and a host of other anti-liberty players) believe they are "too big to fail" and they can afford to treat conservatives like the enemy. They deplatformed Alex Jones. He was too extreme, they said. Hm? Really? Did he go out and club people on the head? Antifa did but Antifa is still on Social Media. Did he try to break into someone's home while their wife was home alone like Antifa did with Carlson Tucker? No, but Antifa did and Antifa is still on social media, right? So who's "extreme now"? But Alex Jones used "hate speech", they say... Hate speech? As defined by who? I think it's hate speech when Louis Farrakhan calls the Jews "termites". But he's still on social media, right? I can give so many other examples... Did they stop with Alex Jones? Nope. They only started with him (Milo was deplatformed even before him). Then they came for Laura Loomer. She had over 265,000 followers on Twitter. She #Loomered the whos-who of all the familiar SWAMP creatures fake news media has been protecting for so long. We cheered! But are we following Laura on alternative platforms now that she has been banned on Twitter? Then they shut down Liz Corkin (a Christian Conservative woman with over 100K followers on Twitter). They shut down our own Minnesota adorable deplorable Marni Hockenberg - I can go on and on. And then came the GAB (www.gab.ai) mayhem! GAB has been booted off all known platforms because of the Pittsburgh shooter who had an account on GAB. Wow, like all kinds of shooters before him haven't had social media account? YOU CAN'T MAKE THIS STUFF UP! So GAB keeps on fighting! They are up and running. Opening an account on GAB is a way of sticking it up to Twitter and Facebook. So go ahead and do it even if you don't use the account right now. You will probably to need it if you start posting pro-Liberty, Anti-Sharia stuff, trust me! But it goes beyond that - GoDaddy, the huge hosting company booted GAB off their platform. But Epik, also a hosting company, accepted GAB. So guess what. I had some business to take care of today. A domain name to purchase. So I created an account with Epik and took my business there, not to GoDaddy. No company is bigger than the market. The market, you and I as customers create demand, not companies. So if you need hosting and domain services, consider dropping GoDaddy or another obvious anti-liberty activist leftist business and take your business to Epik! And btw, their customer service is BETTER than GoDaddy and that is the truth. In fact, EVERYTHING they offer is better than GoDaddy. [I am not affiliated with Epik and benefit nothing except moral satisfaction from sending customers their way.] Let me know if you need further consulting on similar IT related issues, I've navigated these waters for 10+ years and have gained some experience in my dealings with tech companies both as a customer and as a provider through my small business. Here's a blog piece on why Epik accepted GAB (https://epik.com/blog/why-epik-welcomed-gab-com.html) If you want to get going with their service, you can just go here: https://www.epik.com --- Support this podcast: https://anchor.fm/thirdrailtalk/support 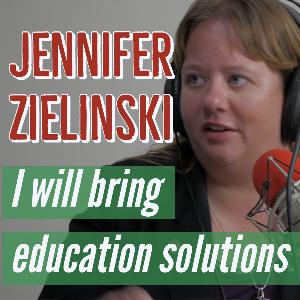 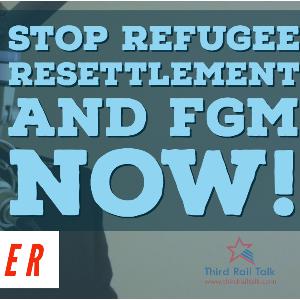 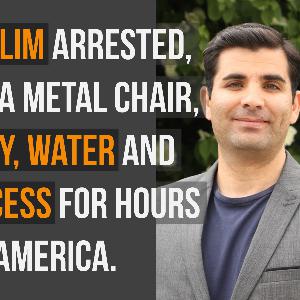 Pastor, Ex-Muslim Arrested, Handcuffed, Denied Attorney, Water for Hours at the Mall of A

So where do you see Islamophobia here?  Pastor, Ex-Muslim Arrested, Handcuffed, Denied Attorney, Water for Hours at the Mall of America.  --- Support this podcast: https://anchor.fm/iwatch/support 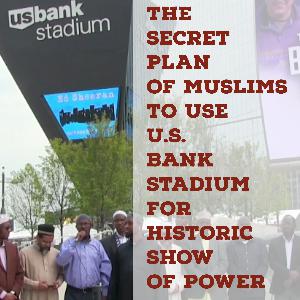 The Secret Plan of Muslims - Sneak Thousands Into the U.S. Bank Stadium for "Show of Power" There is a secret plan to literally sneak fifty thousand Muslims into the Minnesota Vikings US Bank Stadium. Secret organizing! Secret entity rents the stadium. Fifty thousand people - two-day event on the 21st and 22nd of August at our Minnesota Vikings US Bank Stadium. That folks is tantamount to two Super Bowls back to back. We just had a Super Bowl here recently and capacity is between 60 and 65 thousand people! These folks have, in a very stealth fashion, invited 50 thousand people to be in the stadium on the 21st and 22nd - both days. Full story: https://wp.me/pa5V0g-41 Support: https://www.patreon.com/thirdrailtalk Become a supporter of this podcast: https://anchor.fm/thirdrailtalk/support 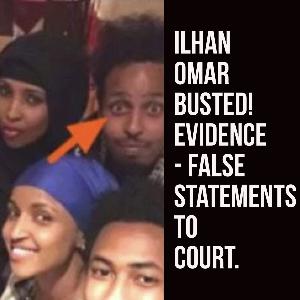 For nearly two years there has been a public allegation about Ilhan Omar: that in 2009, she seems to have married her brother. She has never addressed its specific foundations. Newly uncovered evidence — exclusively published by PJ MEDIA — adds another allegation: Ilhan Omar has since signed off on apparent falsehoods, under penalty of perjury, during her 2017 divorce from the man in question: Ahmed Nur Said Elmi. Source: https://pjmedia.com/homeland-security/state-rep-ilhan-omar-d-mn-swore-to-apparent-falsehoods-in-court-while-divorcing-her-alleged-brother/ Third Rail Talk breaks down the news and what this means to us in the Minnesota context. Become a supporter of this podcast: https://anchor.fm/thirdrailtalk/support 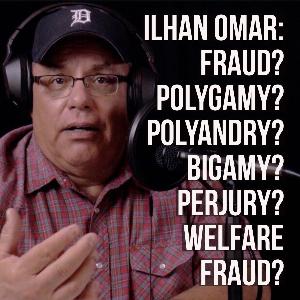 For two years now not one Minnesota legislator, or the Minnesota House of Representatives "ethics committee", or, law enforcement officials, or us attorney's office chief, Andy Lugar, has held this scammer to any ethical standard, or scrutiny whatsoever! Minnesota has swept all of this woman's extra-legal antics, her criminal actions, and her behavior, start to finish, right under the Minnesota Rug of Shame".. All of it.. Potential, and probable "immigration fraud", involving her brother's illegal entry into the united states (Husband number 1) - (Hence, the campaign finance funded divorce), welfare fraud, bigamy laws maybe?, polygamy maybe?, polyandry maybe?, perjury maybe?, etc… Her one-page explanation for all of this is priceless, albeit unintelligible... ..But, isn't she oh-so-cute?.. Read the full story here: https://wp.me/pa5V0g-2J Become a supporter of this podcast: https://anchor.fm/thirdrailtalk/support 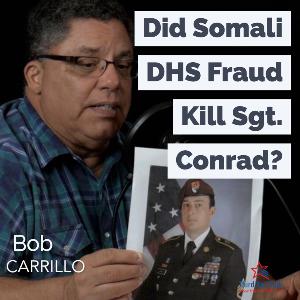 Bob connects the dots relative to the most recent DHS scandal - did the Somali Daycare fraud finance the Somali Jihadists in Somalia who killed one of our own - Minnesota Special Forces Sgt. Alexander Conrad? Become a supporter of this podcast: https://anchor.fm/thirdrailtalk/support
See More
Comments