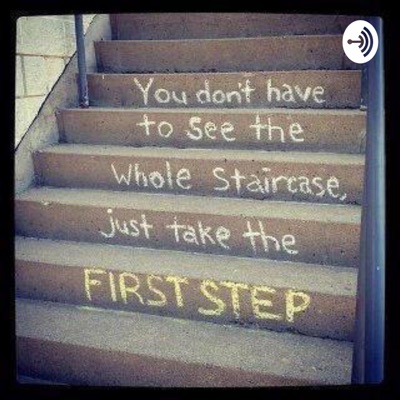 Brian Bearden tackles big sports topics and covers news on his podcast. Ask a question or leave a comment so we can add it to our podcast. ... Golf Sponsor: http://OldSchoolCaddie.club
29 Episodes
Reverse

Sports: How much did sports books in Las Vegas and New Jersey make on Super Bowl bets? Find out which Las Vegas hotels are changing hands in big deals

Former 49ers QB Colin Kaepernick has been a topic in Philadelphia, which has injury problems at quarterback. Kaepernick released video: “5 a.m. Five days a week. For three years. Still ready.” Kaepernick (4-2 in playoff games) took San Francisco to NFC Championship two seasons in a row and the 2013 Super Bowl, which the Niners dropped to Baltimore. Stay tuned

The Dallas Cowboys found out their new pass rusher will miss the first two games in 2019, not because of hand surgery, but because he has been suspended. The Cowboys also made two cuts and picked up two players to get ready for preseason football game against San Francisco 49ers. Sponsored by Old School Caddie golf club store

Ohio State has Georgia transfer Justin Fields as top quarterback in camp after the Buckeyes’ QB went to the NFL and two other QB’s left for Miami and TCU. Check out today’s college football news

Musician and business leader Saul Kaye discusses Art Williams coaching philosophy of “All you can do is all you can do.” Check it out

Cole Beasley is expected to sign with Buffalo Bills. Beasley caught 319 passes in Dallas for 23 touchdowns and 3,271 yards

In Los Angeles, C.J. Anderson rushed for 123 yards and Todd Gurley ran for 115 to push the LA Rams over the Dallas Cowboys, 30-22, on Saturday in the NFC Divisional round playoff game 🏈 ... listen in as Coach Jason Garrett and Quarterback Dak Prescott discuss the Rams’ victory. ... with the trademark “Turn out the Lights” sung by “Dandy” Don Meredith, former Dallas Cowboys and SMU Mustangs quarterback, and Howard Cosell via old school Monday Night Football broadcast.

The Dallas Cowboys beat the Seattle Seahawks, 24-22, to open the playoffs. QB Dak Prescott leads Cowboys to 14 points in fourth quarter despite injuries to three receivers. Check in with Coach Jason Garrett and Dak Prescott as the Cowboys advance.

Baylor quarterback Charlie Brewer passes for 384 yards and two touchdowns in a 45-38 win over Vanderbilt at NRG stadium in Houston. Brewer also ran for 109 yards and a touchdown in the Texas Bowl victory. Trestan Ebner scored on a 34-yard run and on a 75-yard pass play. Brewer hit Marques Jones for a 52-yard scoring strike with 1:50 remaining for a 45-38 win

Dallas received a scare two plays into the game when Tyrone Crawford left the field and went to the hospital with a neck injury. The Cowboys said defensive lineman Tyrone Crawford had a neck scan and MRI on Sunday but results were negative. Dallas’ defense had three sacks and held the Bucs to 68 yards rushing. The division - champion Cowboys (9-6) have run off a 6-1 mark after starting off 3-5. The Cowboys play next at the New York Giants on Sunday in the regular - season finale.

Ask Brian: Why Jason Witten is not finished as a broadcaster after start on Monday Night Football?

Brian goes against the herd of negativity being unleashed in 2018 against former All-Pro Dallas Cowboys tight end Jason Witten, who retired from pro football to join the Monday Night Football broadcast team

NFL: Can Dak Prescott and the Dallas Cowboys win NFC East with two games to go in 2018?

Dallas Cowboys quarterback Dak Prescott and his team have two more chances to capture the NFC and make the NFL playoffs. What went wrong against the Colts? ... Sponsor: http://OldSchoolCaddie.club

Ask Brian: If your quarterback takes your team to the playoffs and wins, should you replace your team leader with the starter that was injured? Did the Philadelphia Eagles make a mistake demoting the winning Super Bowl quarterback? And did losing the QB coach and coordinator hurt the Eagles? Sponsored by http://OldSchoolCaddie.club

Ask Brian: Let’s talk about the college football playoffs. Should there be eight teams? We say “No.” Play to win. Next, did Georgia earn a Top Four position? Leave your comment ...

The Big 12 football schedule is out for 2019. Texas draws LSU on Sept. 7, the OU-Oklahoma State games will be Nov. 30, and Texas Tech plays at Baylor Oct. 12 instead of AT&T Stadium in DFW at Arlington Texas. Plus a lot more

Tiger Woods has been carrying around the stress of not winning a golf tournament in five years. On Sunday you could see Tiger let the stress go by getting up by five strokes then holding on to win the Tour Championship at 11-under par. Billy Hirschel was next at 9-under after four rounds at East Lake Golf Club, about five miles east of Atlanta, Georgia. Justin Rose won the FedEx Cup. ... Sponsor: OldSchoolCaddie.club

How long has the Four-Way Test been around?

Ask Brian: Is the Rotary International Four-Way Test still valid and of value today? What is the Rotary 4-Way Test? Who created it? Is it beneficial? Does it improve your friendships and family life? Is it a fair test? Can anyone do it? Is it true today?

Kyler Murray, who led the Allen Eagles to the Texas High School Football State Championship #txhsfb with an undefeated record has been selected as the Sooners starting quarterback at Oklahoma. He follows Baker Mayfield of Lake Travis as OU starter at quarterback.
See More
Comments