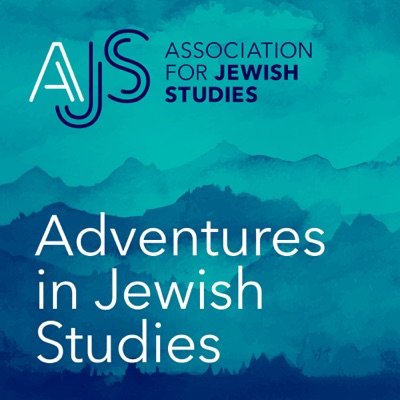 The first American bat mitzvah took place on March 18, 1922. As the 100th anniversary of this first bat mitzvah nears, guest scholars Carole Balin, Melissa R. Klapper, and Deborah Waxman consider the history of the bat mitzvah and its evolution over time. They also explore how the bat mitzvah helped pave the way for greater inclusion of women in public Jewish ritual and practice, and helped shape American Jewish life.

For this episode, we joined forces with Theatre Dybbuk to co-produce a special episode exploring Henry Ford’s publication of The International Jew: The World's Foremost Problem, a four volume series containing newspaper articles which were originally published from 1920-1922. These writings were based on – and included elements of – the notorious, fraudulent text “The Protocols of the Elders of Zion.”  Guest scholars Pamela Nadell and Lisa Leff examine the ways in which The International Jew intersected with historical antisemitism and the political forces of the time, and how its legacy is still having an impact today.

The Jews of Persia

If most of what you know about the history of Jews in Persia comes from the Book of Esther, when the wicked Haman (boo!) tried to massacre the Jewish population, you might get the idea that Persia was a place of great danger for Jews. And given the modern Iranian government's vehement anti-Israel rhetoric and support of Hezbollah, Hamas, and other terrorist groups that regularly attack the Jewish State, you might conclude that Jews and Persians are and always have been mortal enemies. But the truth is more complex! In this episode guest scholars Lior Sternfeld and Galeet Dardashti explore the rich history of Jews in Persia from its ancient roots to the present day, helping bring to light to the ways in which Jewish and Iranian life and culture have been and remain so deeply intertwined.

Is There a Jewish Environmental Ethic?

"If you harm the environment, you harm yourself.” This mini-episode of the Adventures in Jewish Studies podcast series asks the question “Is there a Jewish environmental ethic?” Guest scholar Tanhum Yoreh considers the “New Year of the Trees” holiday Tu Bishvat, and the concept of “bal taschit,” which prohibits wastefulness and destruction, with regard to Jewish environmentalism and ethics.

Why Most American Jews Are Democrats

Since the 1930s, around 70% of American Jews have consistently voted Democrat. However, in earlier decades, the Jewish vote was spread widely across the American political spectrum. In this episode, we explore why the overwhelming majority of American Jews have come to support the Democrats. Featured guests include Kenneth Wald and Beth Wenger.

For many people, the narrative about Black-Jewish relations goes something like this: In the 1960s, there was a strong alliance between the two groups, perfectly encapsulated by the image of Martin Luther King, Jr. and Rabbi Abraham Joshua Heschel walking arm-in-arm on the civil rights march from Selma, Alabama. Then, with the rise of black nationalism, that relationship started to break down. But what if that isn't the whole story? In this episode, host Jeremy Shere and guest scholars Marc Dollinger and Lewis R. Gordon complicate that narrative, tracing the history of Black-Jewish relations from the early 20th century to today.

On Shavuot, a Jewish holiday celebrating the people of Israel receiving the Torah from God at Mt. Sinai, we the read the Book of Ruth, the story of a Moabite woman, Ruth, who marries an Israelite man and, when he dies, remains loyal to her mother-in-law, Naomi, and returns with her to Judea. So, why do we read this story on Shavuot? It may have something to do with Ruth the Moabite being considered (however erroneously) the first ever convert to Judaism.

The History of the Passover Haggadah

The Passover Haggadah is among the most popular and fascinating texts in the Jewish liturgy. There's a Haggadah for every for sensibility and persuasion, from those steeped in orthodox tradition to seder celebrants wanting to craft a ritual reflecting modern times. But where did the Haggadah come from? Why do we ask four questions? What's the origin of the wise, wicked, simple, and too-young-to-ask children? What about Dayenu, Hag Gad Ya, and other favorite Passover songs?    In this episode, guests Ruth Langer and Vanessa Ochs and host Jeremy Shere explore the origins and evolution of the Haggadah, from the final decades of the Second Temple, through the Middle Ages, and up through modern times. As they explore this incredible history, they reveal how, when, and why the Haggadah was brought to life and why it's continued to remain such an evocative and supple book.

The World of Jewish Languages

This episode of the Adventures in Jewish Studies podcast explores the world of Jewish languages, and features guests Sarah Bunin Benor, Alanna Cooper, and Vitaly Shalem, along with host Jeremy Shere.

Do you love The Marvelous Mrs. Maisel? Our latest podcast episode focuses on the life of 1950s Jewish American female comedian Jean Carroll, the Mrs. Maisel of her day. Learn about this trailblazing performer in this episode filled with lively comedic routines and scholarly insight.

Since the period of the late 2nd Temple, starting in the 2nd century BCE, messianic figures began appearing in Roman-controlled Judea. The idea of the messiah, a divinely annointed person who will arrive and redeem the world and restore the lost tribe of Israel to the promised land, has been a central part of traditional Judaism since the time of Maimonides, who in the 12th century made belief in the coming of the messiah a core tenet of his 13 Principles of Faith. In this episode. we explore the messianic concept in Jewish history and thought, from the time of the Bar Kohba rebellion in 132 CE to the messianic fervor surrounding Chabad Lubavitch rebbe Menachem Mendel Schneerson in recent times.

The season one finale of Adventures in Jewish Studies tackles the challenging and complex issues of Jewish identity, whiteness, and anti-Semitism in America. This episode traces the history of Ashkenazi Jews in the U.S. from the turn of the century to the present day, looking at how Jews have been on the margins of whiteness, often victims of anti-Semitism and white supremacy, but also later occupying places of privilege within whiteness as they assimilated into white, mainstream America.    Episode guests include Lila Corwin Berman, Eric L. Goldstein, Ilana Kaufman, and Judith Rosenbaum with host Jeremy Shere.

50 years ago, Philip Roth's wildly controversial and hugely successful novel Portnoy's Complaint was published. A bestseller, the novel – written as the confession of a patient to his psychoanalyst – tells the story of Alexander Portnoy, a thirty-something American Jew. Portnoy is struggling to break free from his overbearing Jewish mother and the crushing guilt and anxiety that threaten to overwhelm him as he does everything he can to stake out his sexual freedom (including, as a boy, masturbating into a piece of liver that his mother later cooks and serves for dinner). This episode tells the story of Portnoy's Complaint – how and why Roth wrote it, the controversy and harsh criticism it generated among the Jewish establishment, and how literary critics have read and analyzed the novel in the decades since its publication.

The Yemenite Children Affair & the Story of the Mizrahi Jews in the Development of the State of Israel featuring Vincent Calvetti-Wolf, Shoshana Madmoni-Gerber, Yaacov Lozowick, Bryan K. Roby Avi Shilon & Jeremy Shere and produced by the Association for

Between 1948 and 1954, several thousand babies born to Mizrahi immigrants to Israel were separated from their parents and were claimed by Ashkenazi authorities to have mysteriously and suddenly died. Was this really the case or was this part of a larger conspiracy affecting Mizrahi Jews from Yemen, Iraq, and other parts of Africa, Asia, and the Middle East? This episode of Adventures in Jewish Studies looks at these disappearances, known as the Yemenite Children Affair, to illustrate the story of the Mizrahi Jewish experience in the development of Israel. The state of Israel was created as a safe haven for world Jewry, and Jews from all corners of the world came together to form a new and harmonious society. In reality, though, Israeli society was far from unified. From its earliest days, modern Israeli society was divided by ethnic tensions between Jews of European origins (Ashkenazim), who controlled the Zionist establishment, and Jews of North African, Middle Eastern, and Asian origins (Mizrahim), who were relegated to second-class status.  Join host Jeremy Shere and Jewish Studies guest scholars as they discuss the Mizrahi struggle for civil rights in the Jewish state – from the Yemenite Children Affair to the Wadi Salib riots, from the Israeli Black Panther Protests to the ongoing efforts of the Mizrahim to participate as full members of Israeli society.

Download the transcript. In the inaugural episode of Adventures in Jewish Studies, host Jeremy Shere explores the New York Jewish food tradition of “appetizing” with guests culinary ethnographer Eve Jochnowitz, NYU history professor Hasia Diner, former 3rd generation owner of the appetizing store Russ & Daughters Mark Russ Federman, and Concordia University professor of religions and cultures Norma Joseph. Appetizing is a distinctly American, distinctly New York, distinctly Jewish, food tradition. Introduced as a counterpart to the meat-selling deli, and carrying fish, dairy, and related foods, appetizing stores have been around since the early 1900s. Appetizing played an important role in the history of Jewish foods and is an integral part of the story of Jewish New Yorkers – how they lived, how they ate, and how they evolved.

Where do Jews come from? That’s the big question we’re asking in the second episode of the Adventures in Jewish Studies podcast, and we’re turning to the fields of history, archaeology, linguistics, and genetics in our search to solve the mystery of Judaism’s roots. Join host Jeremy Shere and his Jewish Studies experts as they discuss the intriguing origins of the Jews. Guests include: Judaism and early Christianity scholar Cynthia Baker Historian Ofri Ilany Women and religion in antiquity scholar Beth Alpert Nakhai Jewish antiquity scholar Steven Weitzman Rabbi David Wolpe