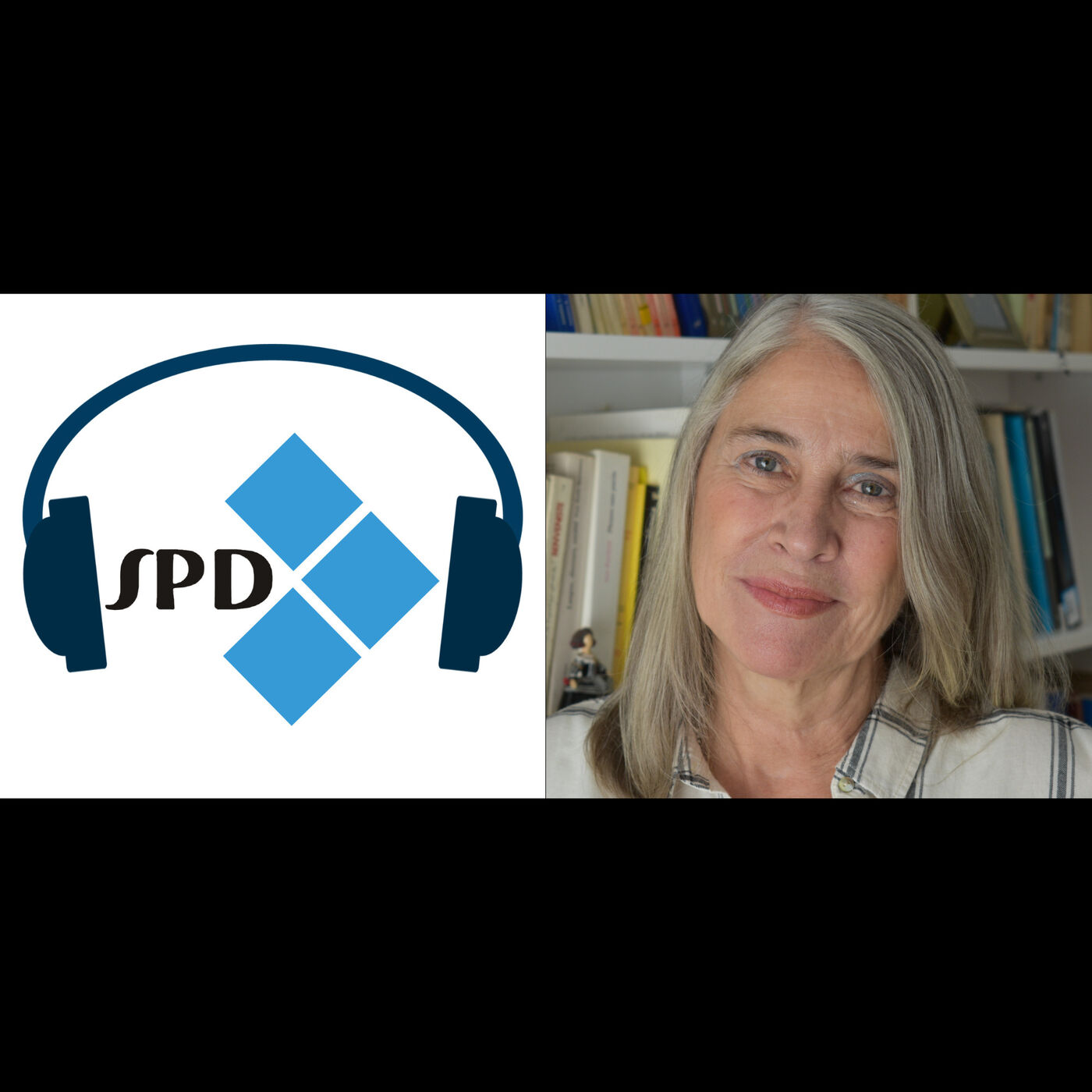 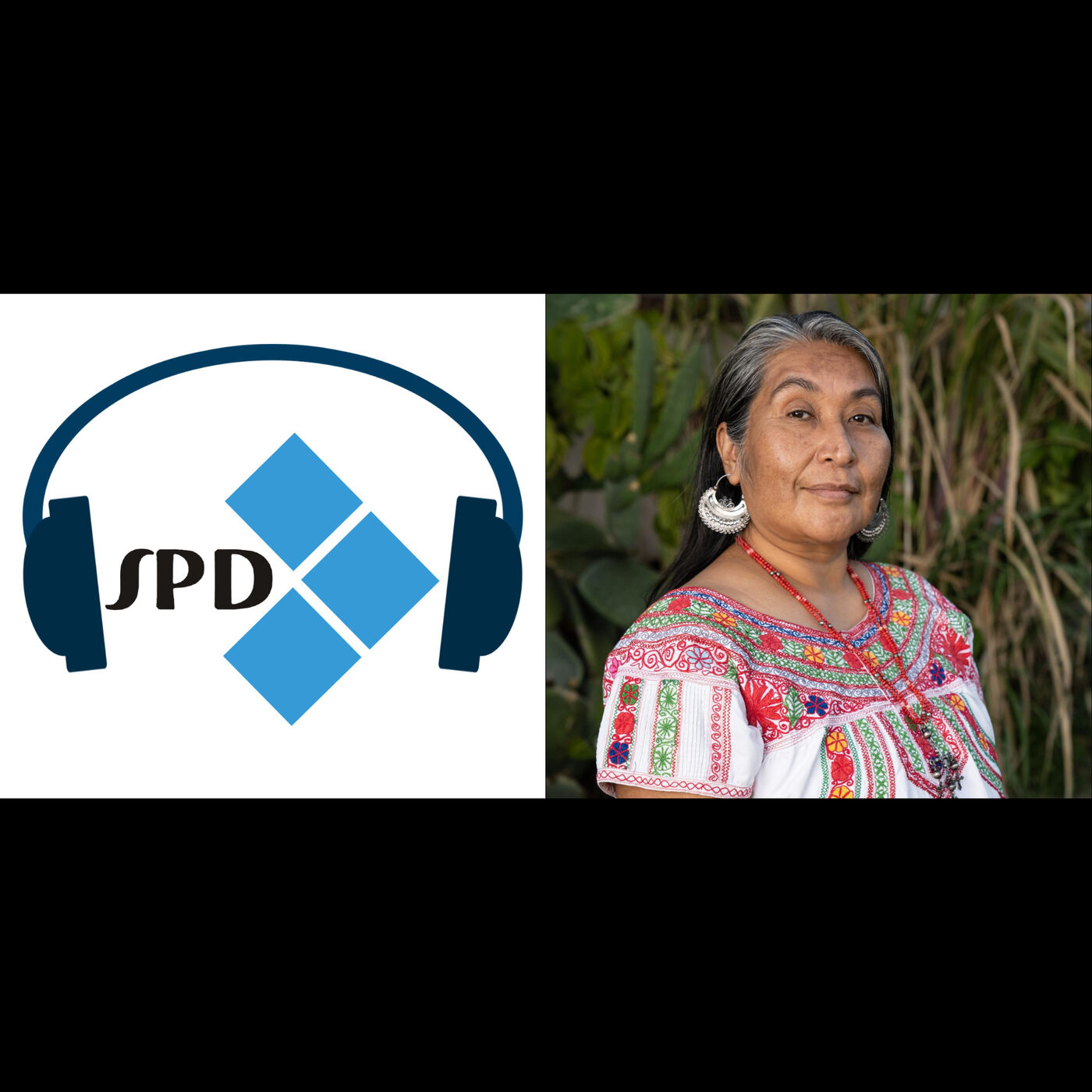 In this episode, Nicolás Arízaga, acting as SPD podcast host, interviews Odilia Romero, who talks about the following interesting topics, among others:her career as an interpreter and activistthe challenges that indigenous communities face, and her work on supporting women's leadership and new generationsthe community's philosophy of working for the benefit of othersher role as co-founder of CIELO and the volunteer work they are doingthe progress in support of language rights in the US and CA in terms of indigenous languagessome examples of misinterpretation of indigenous speakers and their tragic consequences the work she has been doing to educate LAPD about indigenous communitiesOn behalf of the ATA SPD Podcast Committee, we express our sincere gratitude to Odilia Romero for sharing such an enjoyable and enriching talk with us, as we hope you find these pages of life truly inspirational! Music: “On The Beach” by JuliusH Source: pixabay 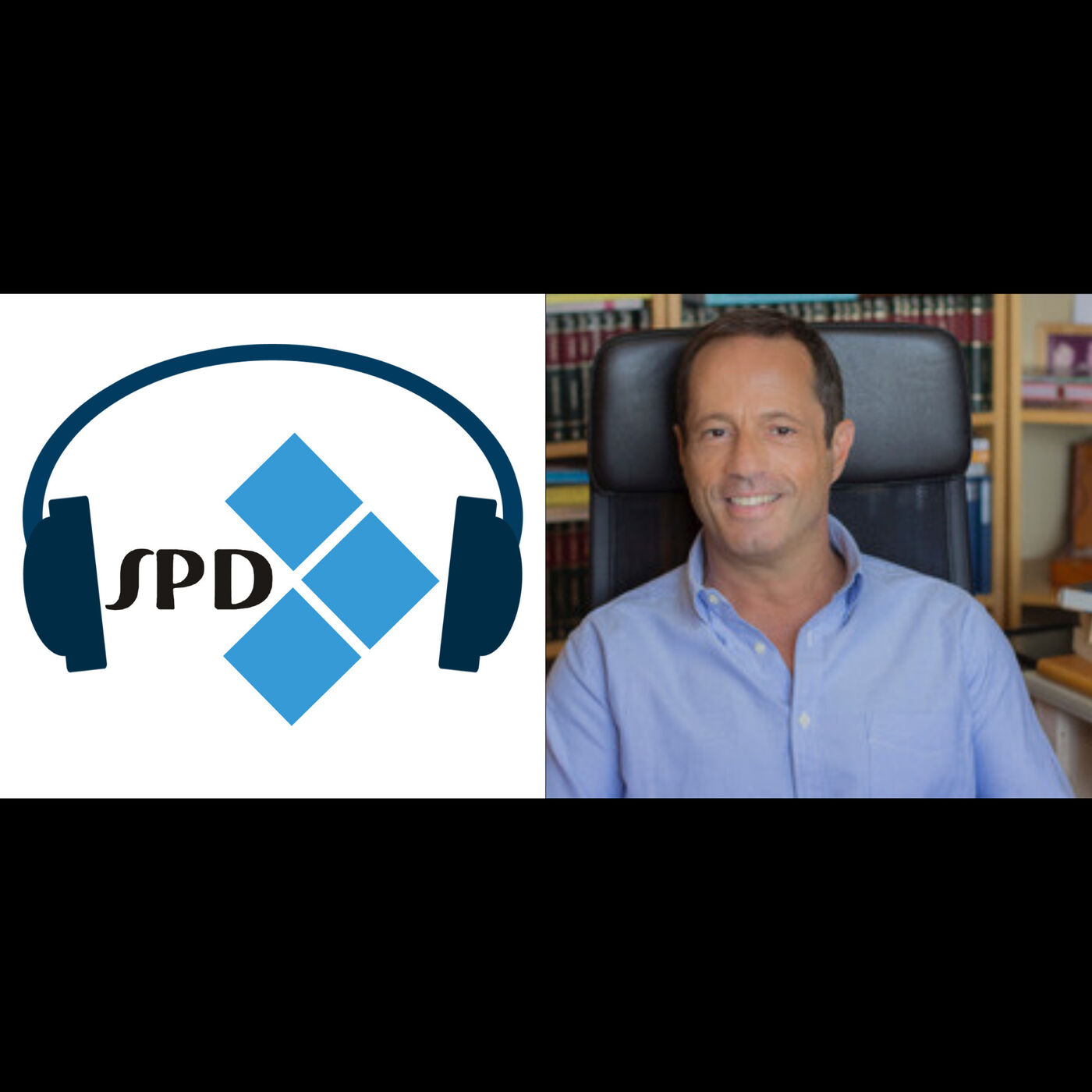 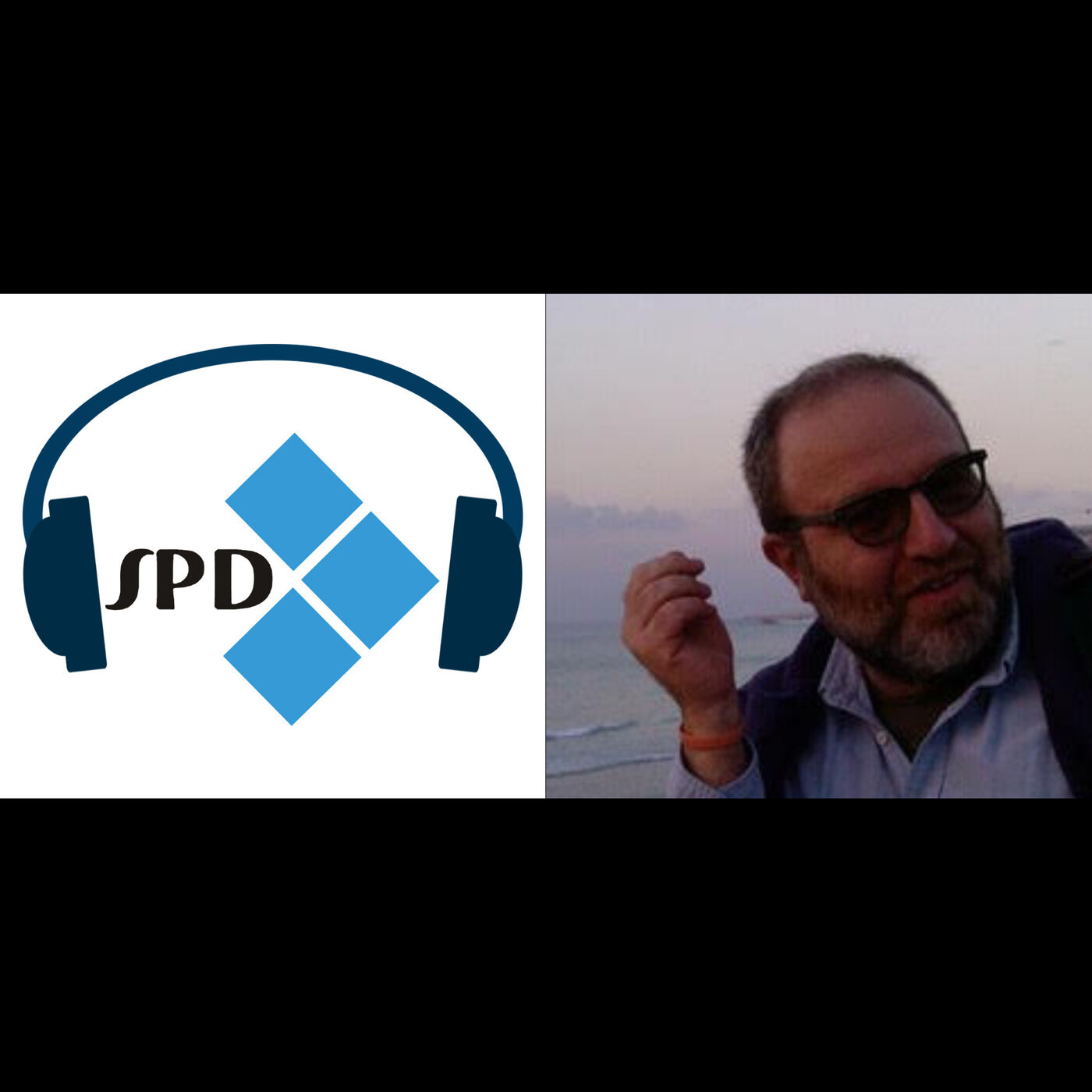 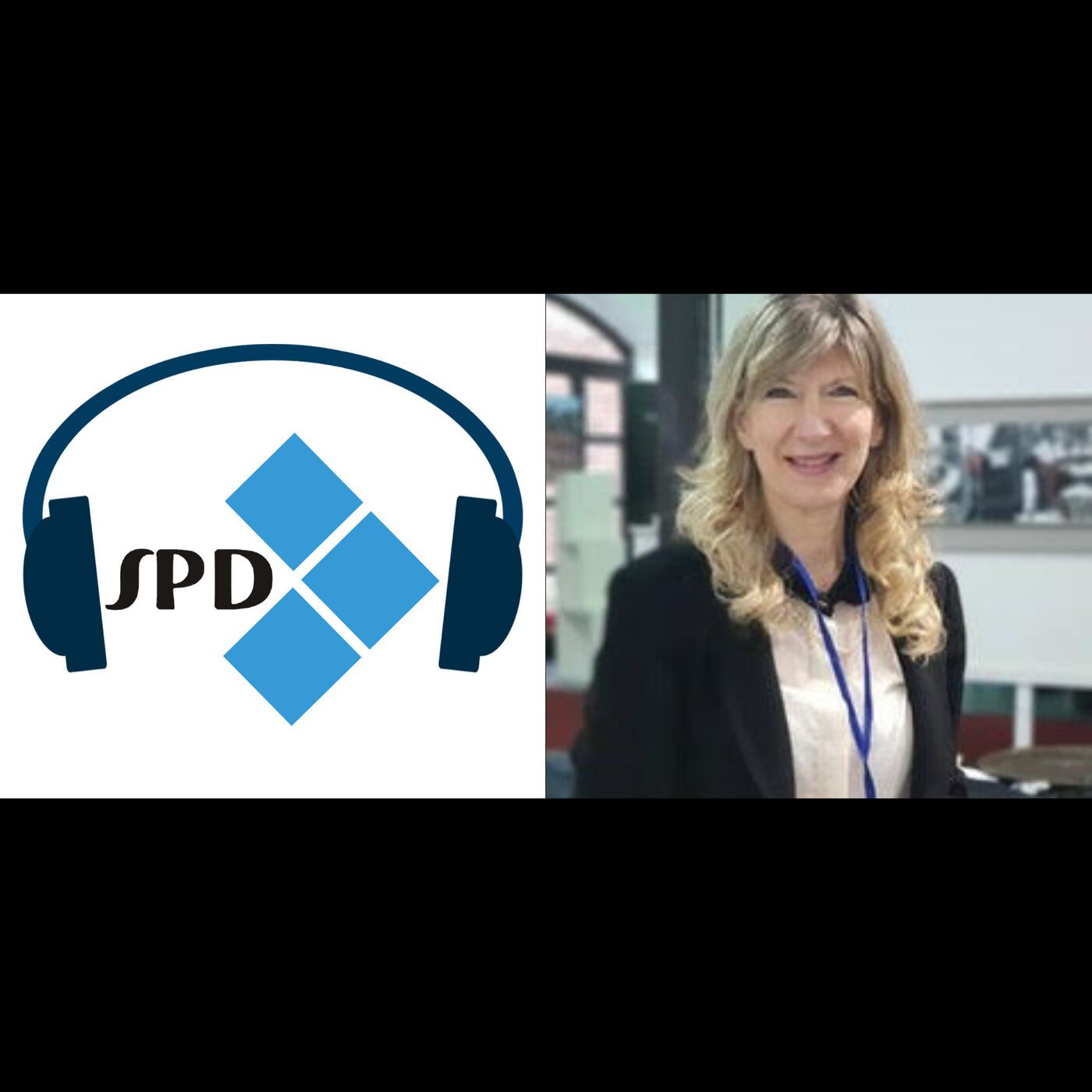 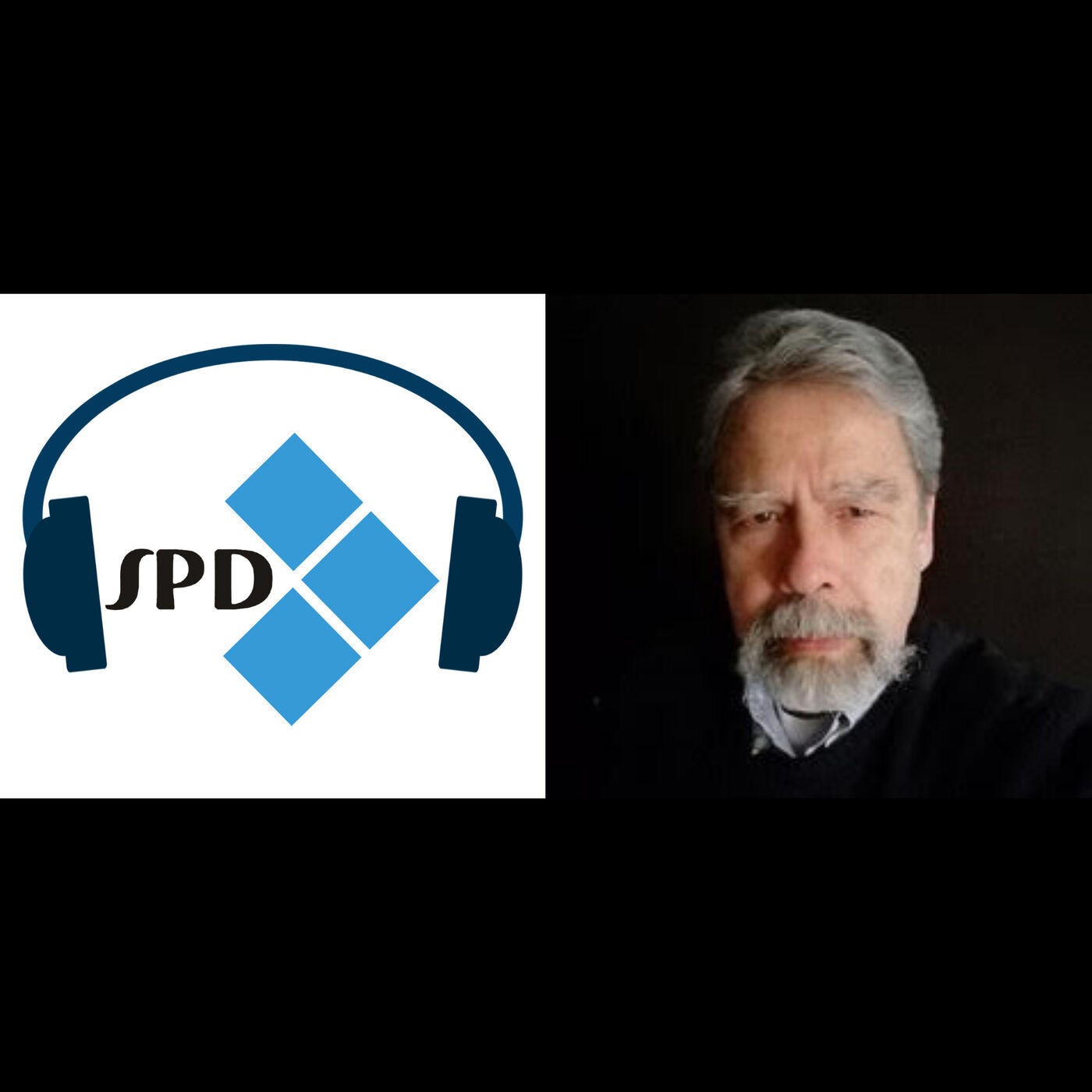 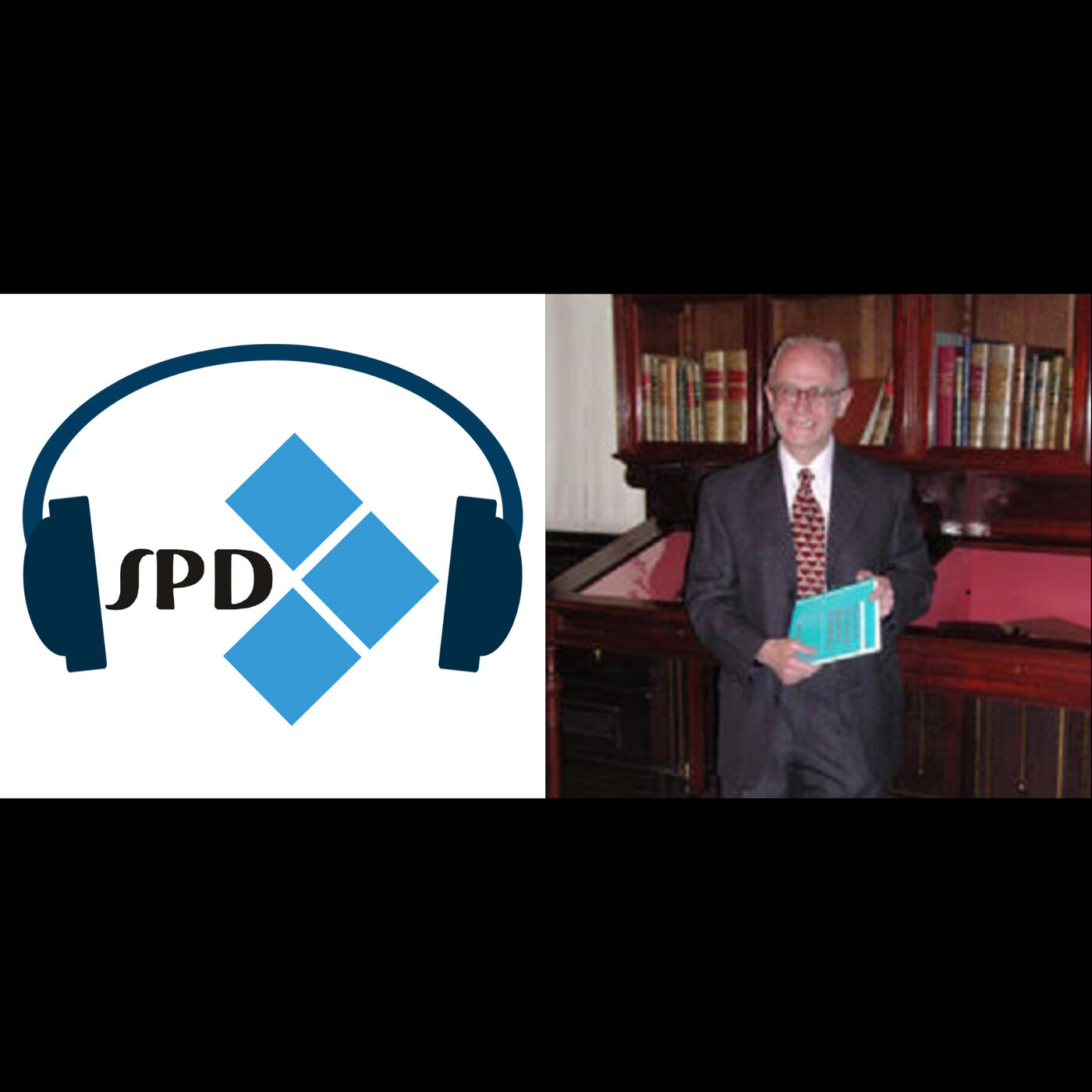 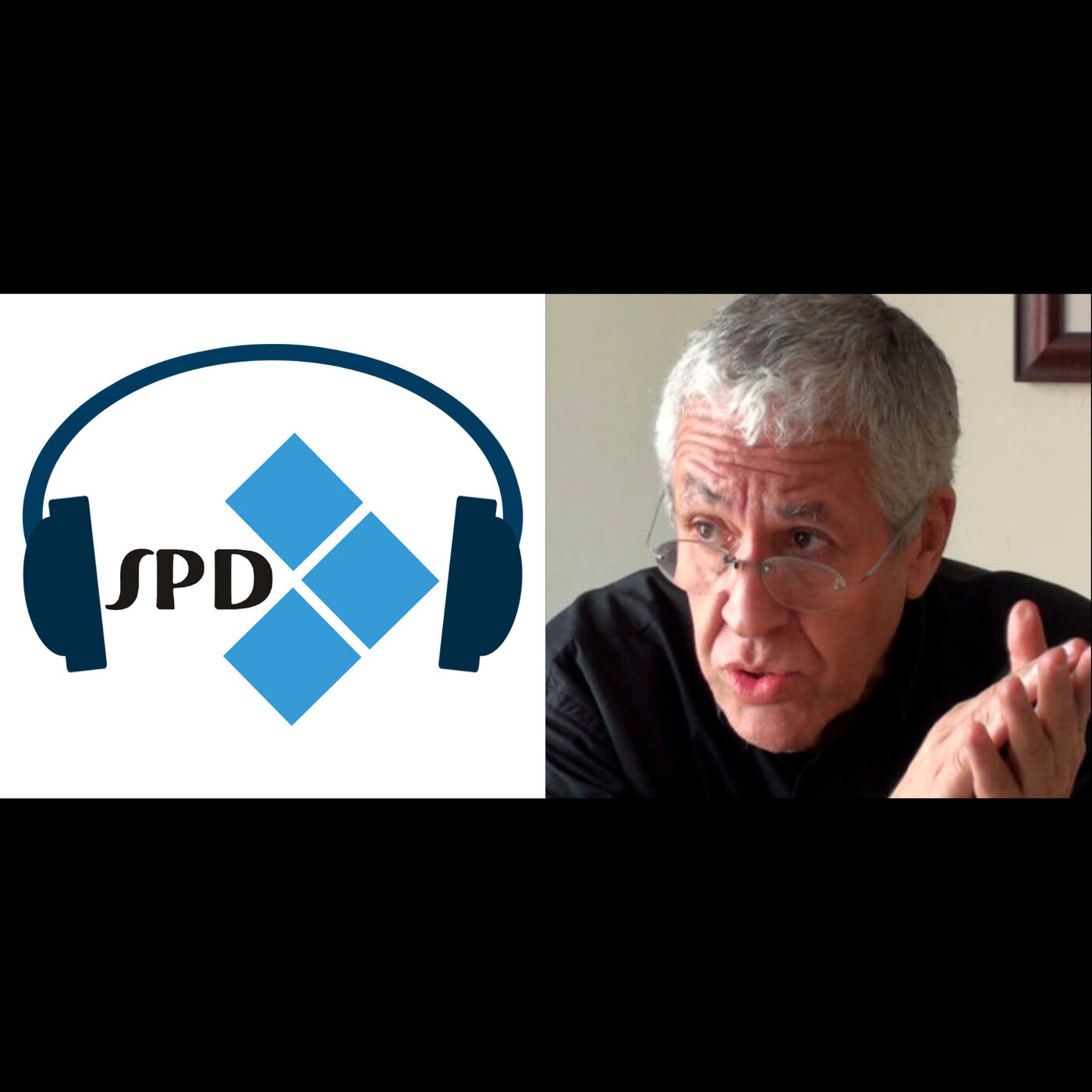 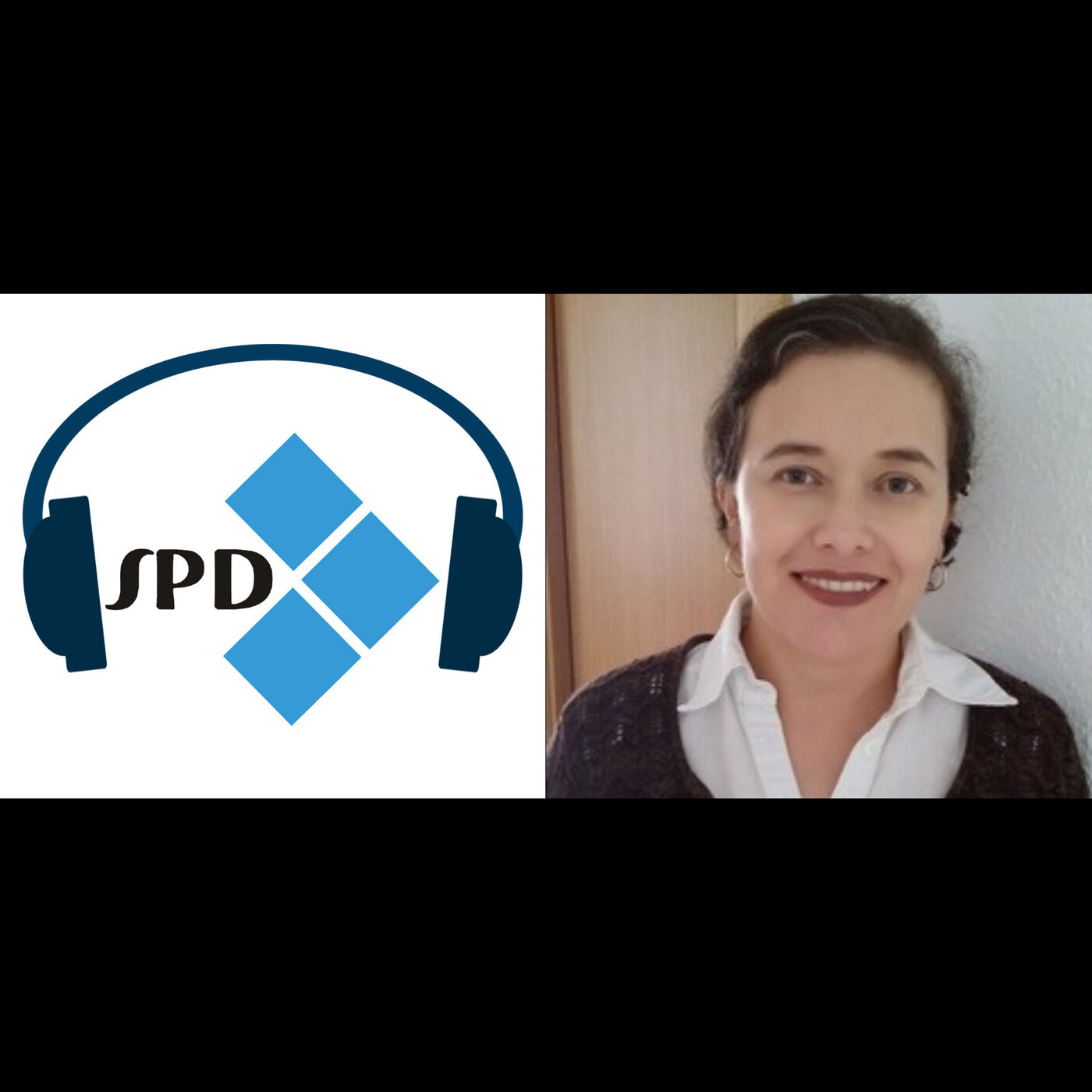 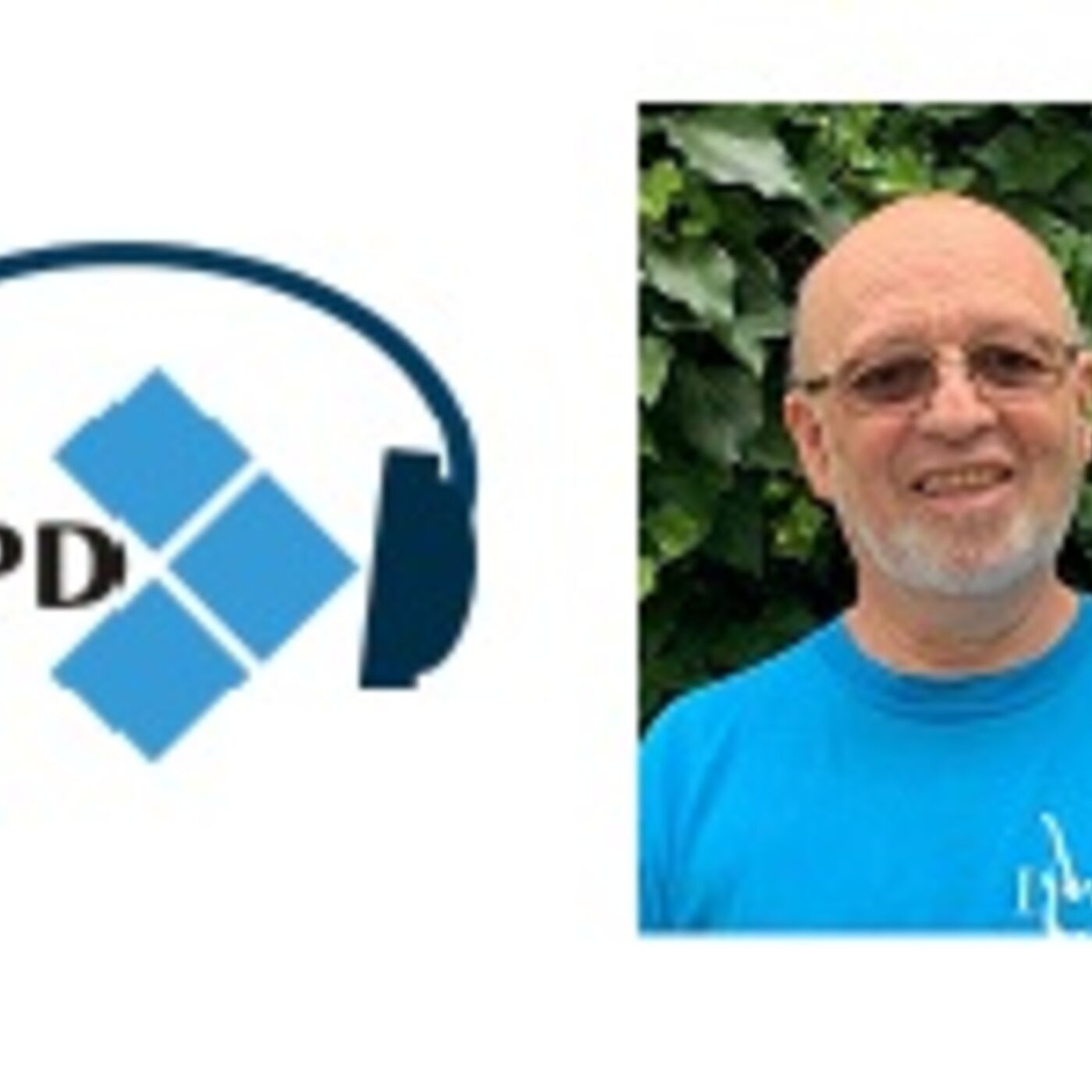 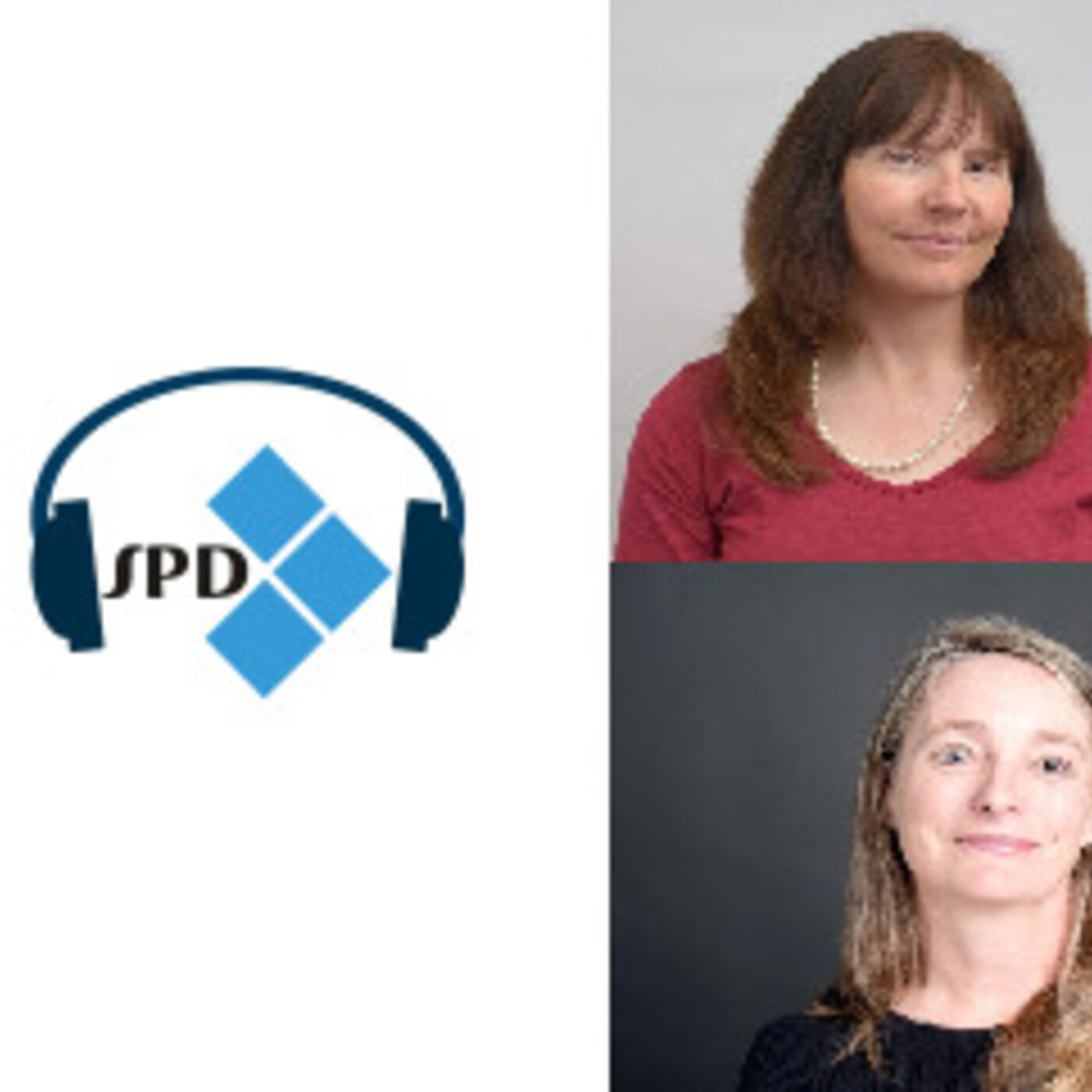 On this occasion, Edna Santizo, ATA and SPD member since 2010, who currently co-chairs the SPD Digital and Social Media Committee, has the honor of interviewing two well-known T&I industry leaders, Eve Bodeux and Corinne McKay. Eve is currently an ATA Director, who for over 20 years has worked as a French into English translator, focusing on corporate communications, market research, and international development. Eve also sponsors an online book club for translators. Corinne, ATA president from 2017-2019, is an ATA-certified French into English translator and Colorado court-certified French interpreter. Corinne is also the author of How to Succeed as a Freelance Translator, a reference for the translation and interpreting professions. Last, but not least, Eve and Corinne co-host the popular podcast Speaking of Translation.Episode 9 is an upbeat conversation with Corinne and Eve who share interesting coincidences in their personal relationship, their academic backgrounds, and strategic steps they have taken in their professional careers. Corinne and Eve also talk about their collaboration in translation projects, the production of the Speaking of Translation podcast, and their volunteer experience and involvement with the ATA. As a bonus, listeners will also get enriching leadership tips from these two mentors.Mono. 2019. Podcast theme song courtesy of Asa Welle, composer. 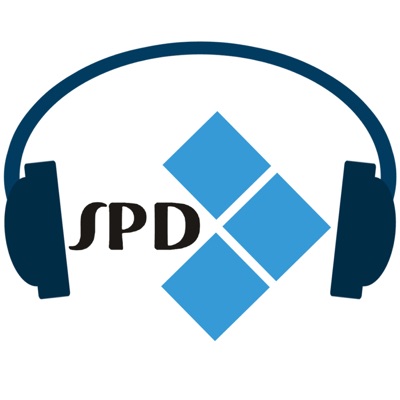 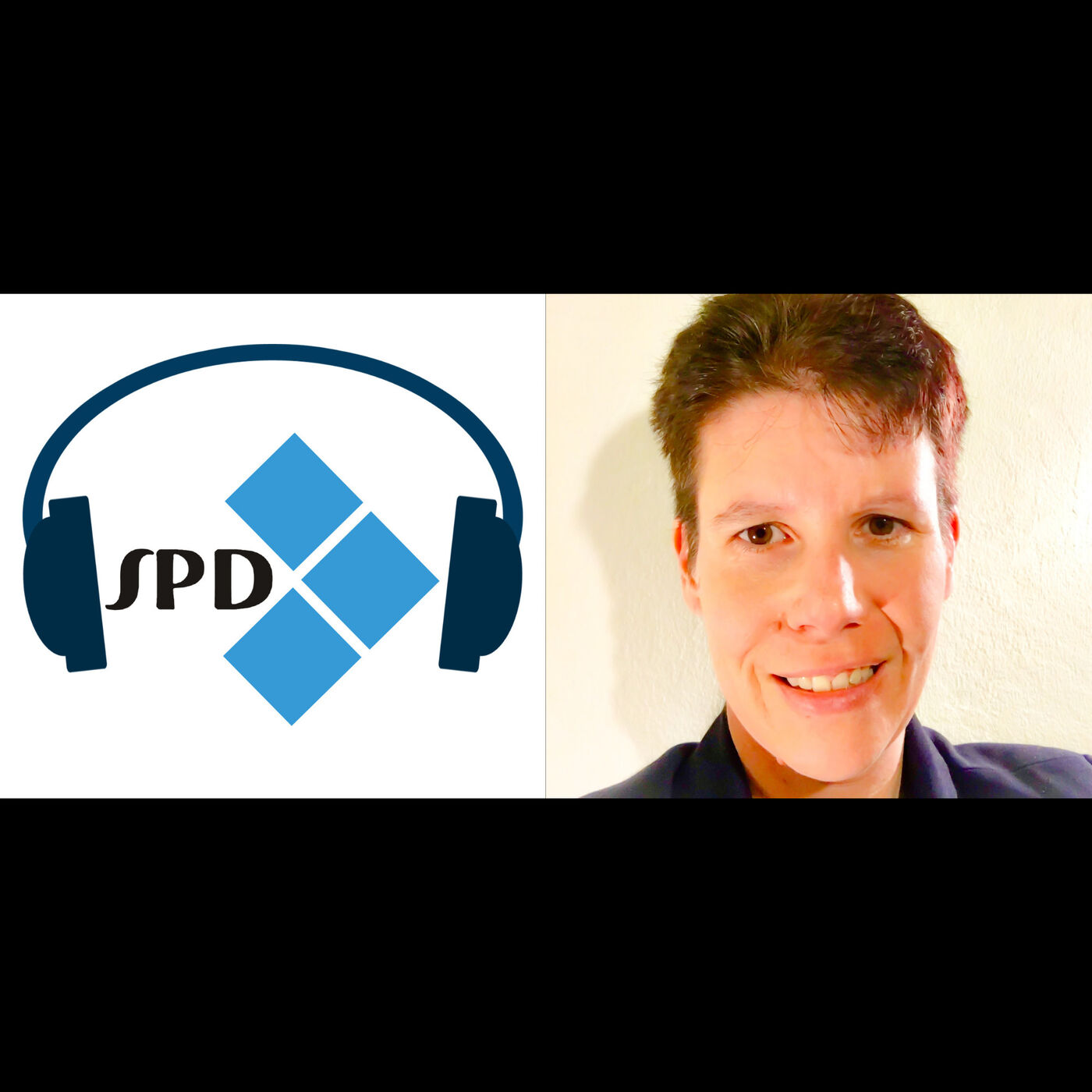 In Episode 11, Gloria Cabrejos—translator and editor, an ATA SPD member since 2015, editor of Intercambios and member of the SPD Leadership Council—has the honor of interviewing Carola Berger, current administrator of ATA’s Science and Technology Division and the webmaster of the Board of Directors of the Northern California Translators Association (NCTA), an ATA Chapter. Carola shares information about internet scams, explains the different types of them, mentions how cyber criminals are using technology to target their victims, and discusses how online frauds are affecting translators and interpreters, especially since the COVID-19 pandemic started. Carola also explains how to identify fraudulent emails that seem to come from a legitimate organization and what to do when receiving suspicious links. She also shares tips to protect our personal information and our résumés, and to create secure passwords. Finally, she encourages us to learn more about how online scams work and provides us with websites to report frauds.  Music credit: Mono. 2019. Podcast theme song courtesy of Asa Welle, composer. 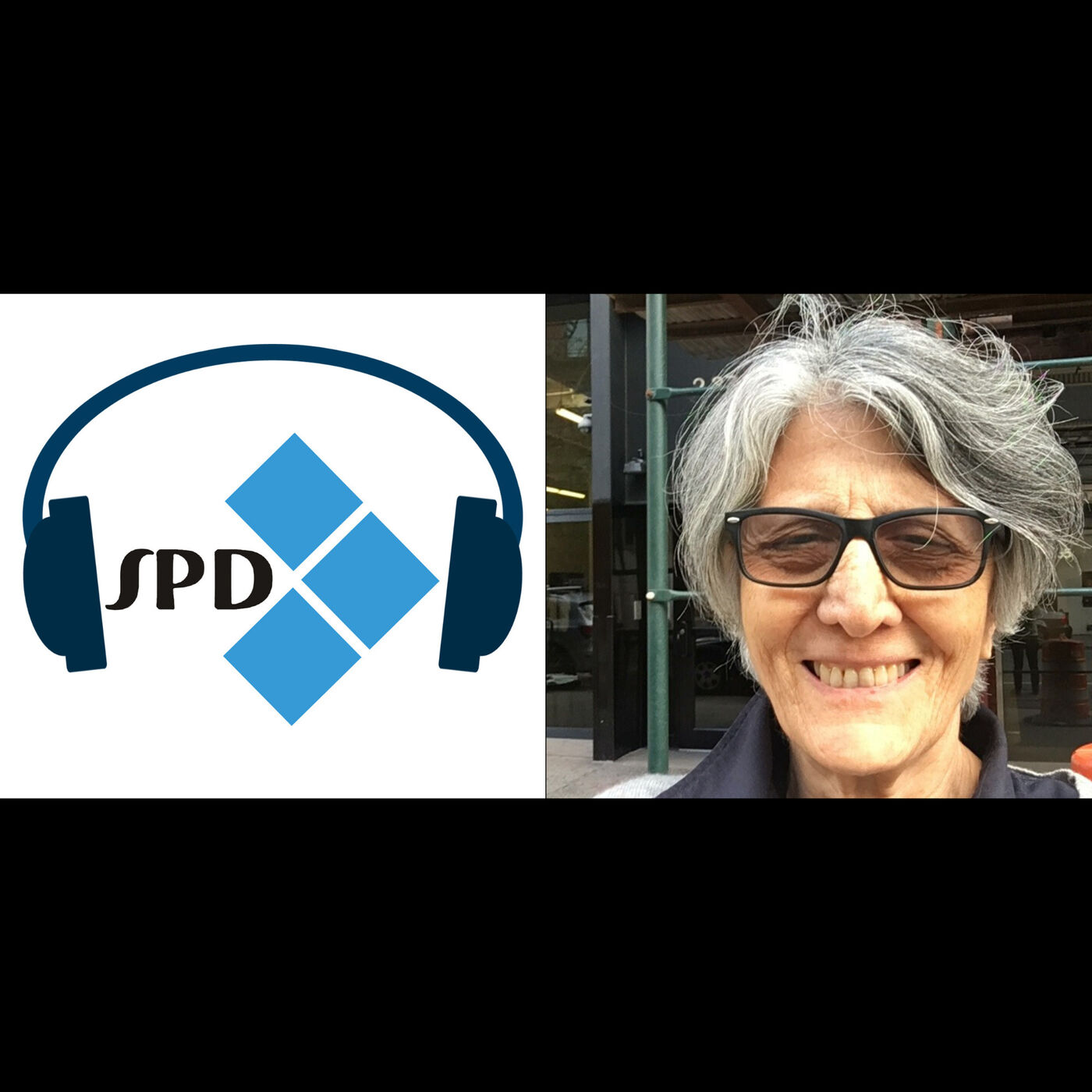 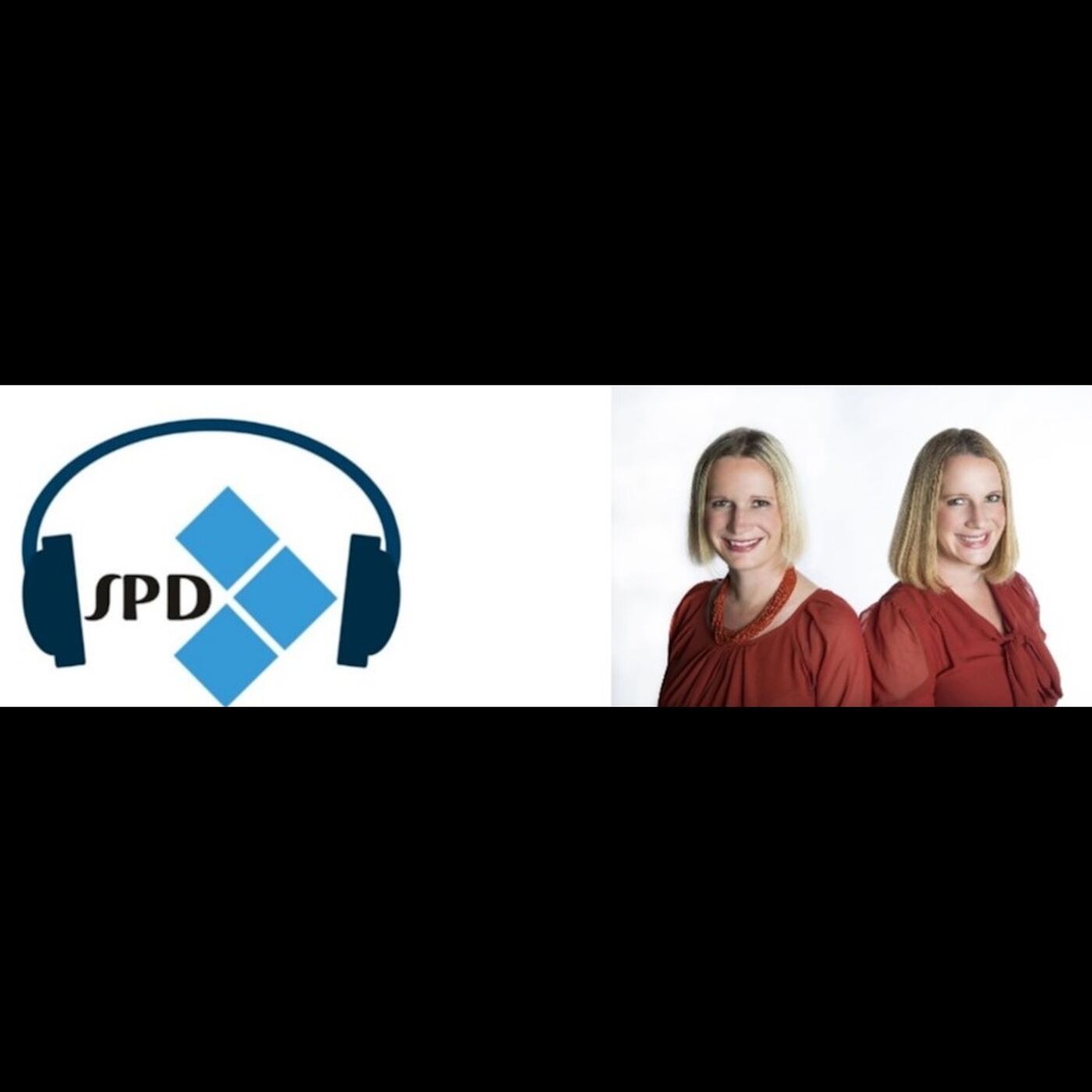 ATA SPD Podcast, An Interview with Judy and Dagmar Jenner

In episode seven, Dolores Guiñazú interviewed Judy & Dagmar Jenner, TWIN TRANSLATIONS. Judy lives in Las Vegas since she was a teenager, where she also pursued her higher education. She received her M.B.A. (summa cum laude) in Marketing from the University of Nevada, Las Vegas, in 2001. Judy is the past president of the Nevada Interpreters and Translators Association and currently chairs the organization’s professional development committee. In 2010, she was named one of the “Women to Watch” by the business newspaper InBusiness and was the alumna of the year for the Honors College of the University of Nevada, Las Vegas. She is a federally certified court interpreter (Spanish), a master-level court certified Spanish interpreter (Supreme Court of Nevada), a court-registered German interpreter in Nevada, and a certified court interpreter in California. She teaches translation and interpretation at the University of California-San Diego (Extension) to online students pursuing the certificate in English/Spanish translation and interpretation studies.Dagmar received the equivalent of a master’s degree in French and Communications from the University of Salzburg (Austria) and an undergraduate degree in Spanish and French translation and interpretation as well as a master’s degree in French and Spanish conference interpreting from the University of Vienna (Austria). She is an accredited freelance conference interpreter for the institutions of the European Union and works in the German booth (from English, Spanish, and French into German). Dagmar is the president of UNIVERSITAS Austria, the Austrian Interpreters’ and Translators’ Association. She’s an expert on the new German orthography reform and frequently gives workshops on this complex subject. In addition, Dagmar teaches consecutive interpreting (English/Spanish->German) in the master’s degree program at the University of Vienna. Dagmar lives in Vienna, Austria, and spends her summers and, oftentimes, her winters in (you guessed it!) Vegas, enjoying her twin’s company and the desert sun.In April 2010, Judy and Dagmar published the highly anticipated book, “The Entrepreneurial Linguist: The Business-School Approach to Freelance Translation”, which has received great reviews around the world and has sold more than 4,000 copies. In this entrepreneurial interview, Judy & Dagy share with us how the idea of their book developed, and they talk about the mindset of highly successful language entrepreneurs. They generously share their tips as well as how to move forward in an evolving and changing profession. In the words of Judy & Dagy, “Let’s start with a small paradigm shift that will benefit us all professionally. Most of us are humanists, and as such, we don’t have much of a business background. Linguists are very much in demand in the global marketplace, we have very specific skills that are of utmost importance for any corporation that does business on a global scale. Start thinking of yourself as an essential part of the international communications chain, and price your services accordingly. Let’s collectively work on our Entrepreneurial Linguist mindset!” Human Translations, as our lovely colleague Sandy Jones stated this year, is what sets us apart from MT (machine translation) and AI (artificial intelligence). This is the final episode of our FIRST SEASON of the ATA Spanish Division Podcast. This new 2020, let us highlight the importance of being #humantranslators. We hope you enjoy this episode as much as we do, because TOGETHER, WE ALWAYS GROW. Thanks for listening! 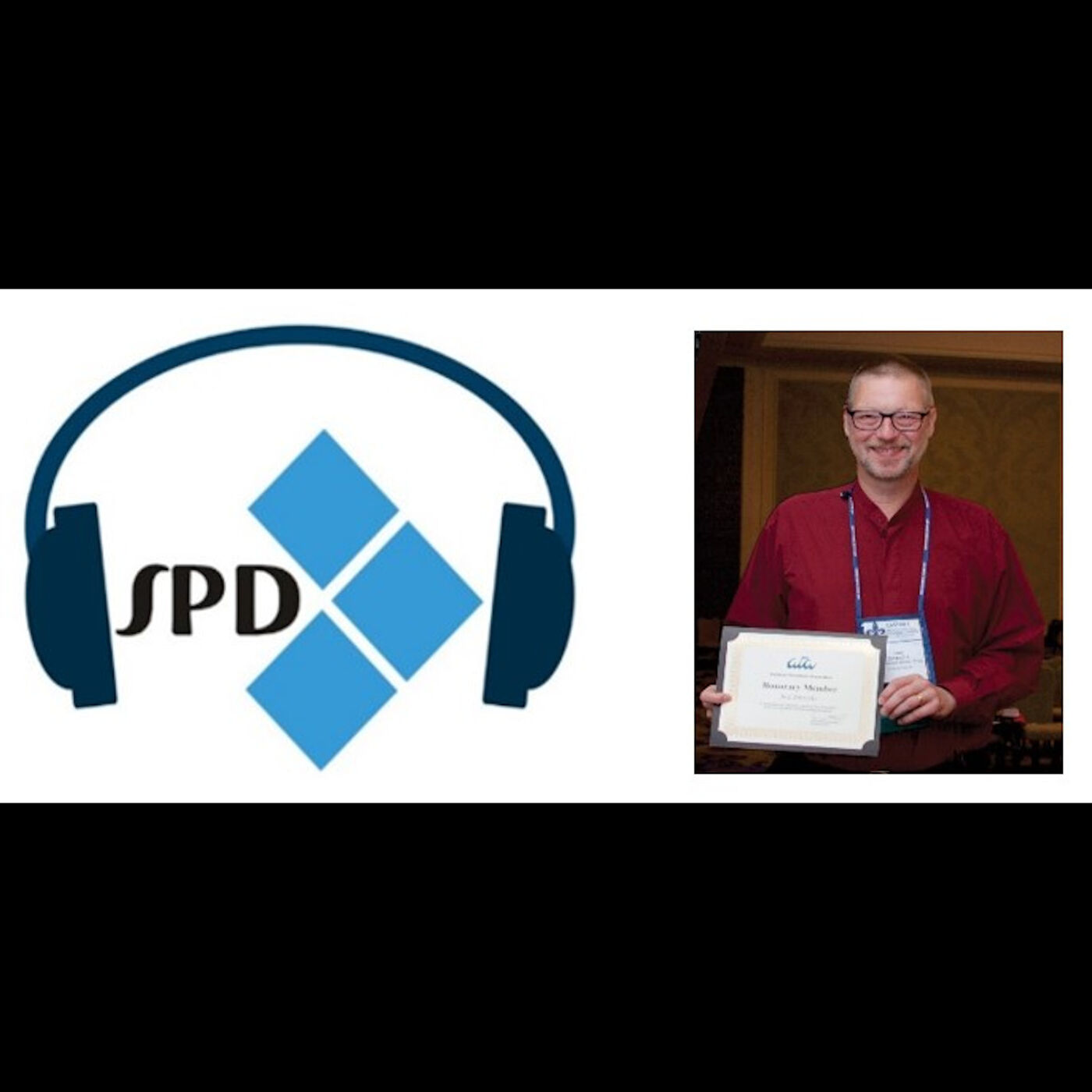 In episode 6, Dolores R. Guiñazú interviewed Jost Zetzsche. Jost is from Germany, and he is ATA’s newest Honorary Member and ATA spokesperson. Additionally, he chairs ATA’s Translation and Interpreting Resources Committee, writes the “GeekSpeak” column, coordinates the “Resource Review” column for The ATA Chronicle, and is a frequent presenter at numerous industry events, including ATA’s Annual Conference. Jost is the industry’s leading translation technology consultant and a published author on various aspects of translation. His computer guide for translators, A Translator’s Tool Box for the 21st Century, and his technical newsletter offer unique information that help us grow. In this highly technical interview, Jost shares his views regarding MT (machine translation) and AI (Artificial Intelligence), as well as his great passion for the latest tools. He states that both human translation and Artificial Intelligence can co-exist. Jost also explains his approach on AI’s growing influence in our professional lives and highlights that translators are the very last ones who should worry about losing their jobs if one day AI happens to replace human beings! We hope you enjoy this episode as much as we do, because TOGETHER, WE ALWAYS GROW. Thanks for listening! Subscribe to the podcast and don’t miss the next episodes. 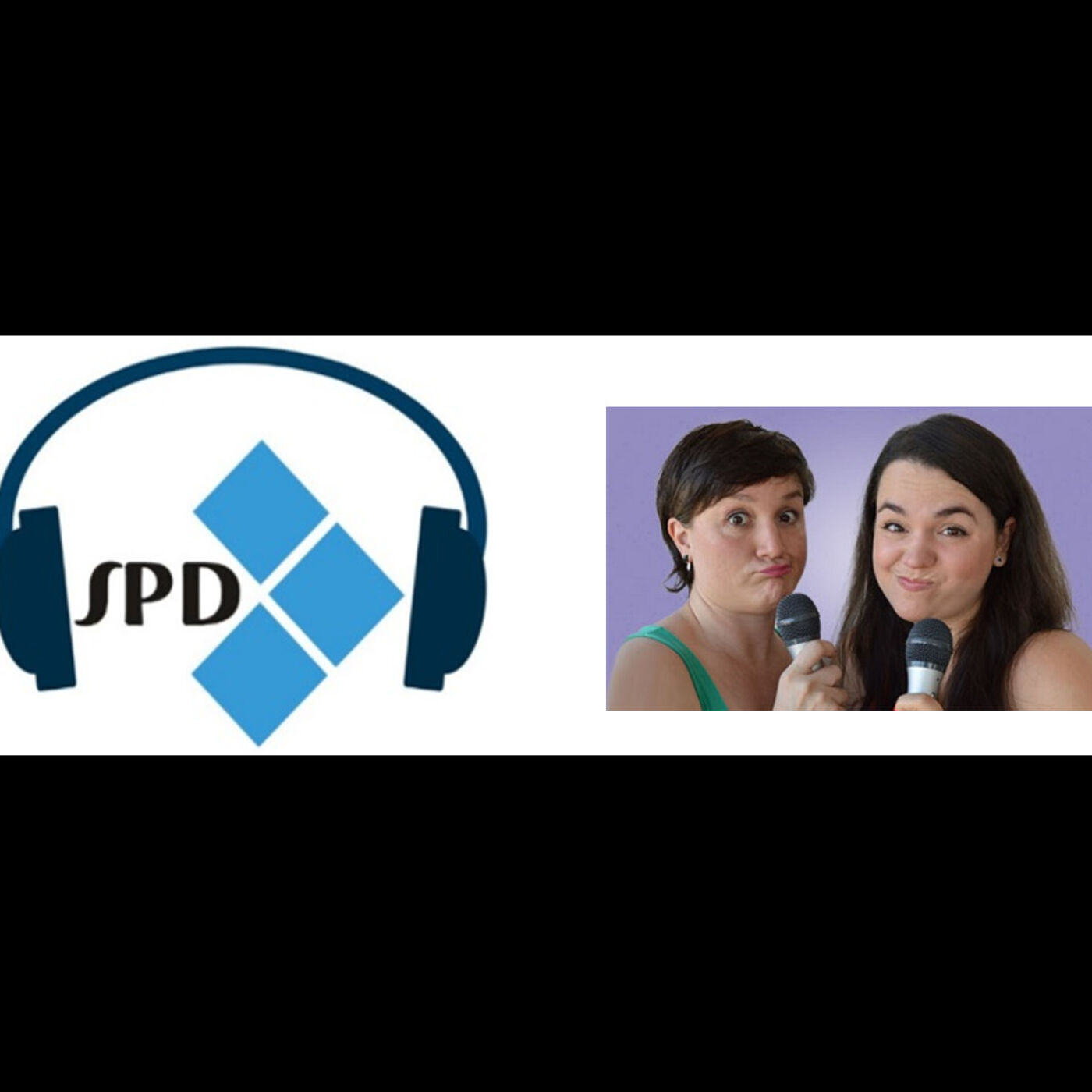 In episode five, we interviewed Marina Ilari and Paola Medrano.Paola Medrano is an Argentinean literary, scientific and technical Spanish translator. She mostly worked in the IT industry, serving as the translation team leader of an IT leading company for ten years and working on a wide variety of subjects for the company’s operations in Latin American countries and the US. Nowadays, she works as a freelancer for translation agencies in Argentina and abroad and co-hosts a podcast about translation with Marina. She is also a stage actress, a singer, a voice actress, and a comedian.Marina Ilari is an ATA-Certified English-Spanish translator and CEO of Terra Translations. She has over fifteen years of experience in the translation industry and is an expert in translation tools and project management in English and Spanish. Marina is originally from Argentina and has worked as a translator, editor, and quality assurance specialist for many companies around the world with a special focus on creative translations and video game localization. She currently resides in Los Angeles, California.In this enjoyable interview, Marina and Paola share with us how their great passion for podcasts developed and talk about the beginning of their well-known Podcast on translation and interpretation En Pantuflas. They also share useful ideas for achieving success as a linguist in this globalized and always evolving profession.We hope you enjoy this episode as much as we do, because TOGETHER, WE ALWAYS GROW. Thanks for listening!Subscribe to the podcast and don’t miss the next episodes. 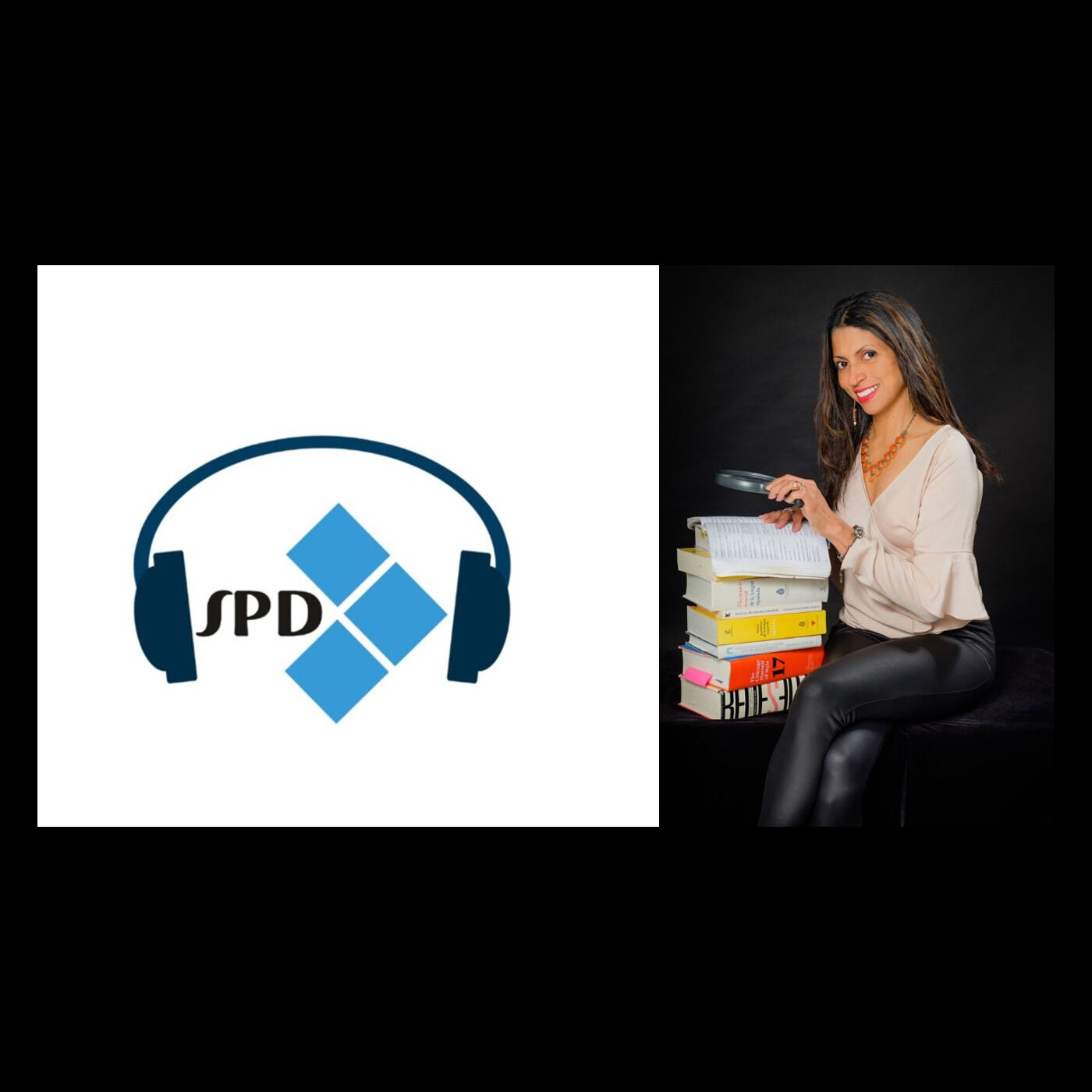 Welcome to the ATA SPD Podcast, An Interview with Rosario Welle

In this first episode, Rosario Charo Welle talks about her career as a freelance translator and her current work as the ATA SPD Administrator. She also shares a recap of the big Division event, In Miami Spring Into Action 2018, which took place last March in Miami, FL. Take a few minutes to listen to this inspiring life story, and stay tuned for new episodes coming soon. Thanks for listening, and remember that TOGETHER WE ALWAYS GROW!
See More
Comments