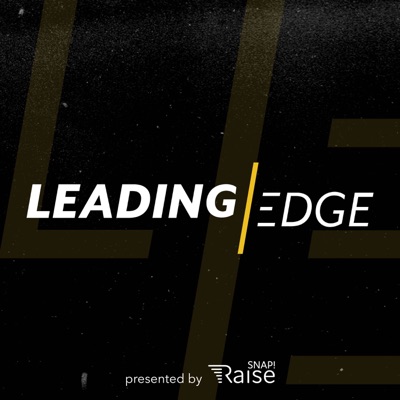 Head Coach of the Virginia Cavaliers, Michele Madison, is entering her 15th season as head coach. Coach Madison led Virginia to its first ever ACC Championship in 2016, and ‘Hoos have been a force to be reckoned with ever since. Fresh off of their 2019 NCAA Championship semi-final game appearance, Virginia is looking to earn its third Final Four appearance in as many years this coming season. Michele Madison's other notable accomplishments include: Coach Madison is the only coach to lead three different field hockey programs to the NCAA tournament. She has recruited and coached the only three-time NFHCA player of the year. She is one of two active Division 1 coaches to be a part of US Olympic coaching staffs.Listen as she talks about how she consistently builds teams of the highest calibre on The Leading Edge Podcast.Click here to find out more about Snap! Raise

Sidelined USA, a non-profit organization, exists to reunite permanently sidelined athletes with their passions and inspire them to find a meaningful way forward. The free resources they provide are relevant not only to athletes experiencing loss but, now more than ever, to any individual or program disrupted from the pursuit of their goals.Co-founder Christine Pinalto joins The Leading Edge Podcast to share strategies to help leaders navigate communication and culture in the face of adversity. Read more at LeadingEdge.snap-raise.com or visit their website at www.sidelinedusa.org.

Betsy Butterick (The Coach’s Coach and Communication Specialist) joins The Leading Edge Podcast. An incredible career in athletics has given her a unique and powerful perspective on coaching, leadership and communication as well as exposure to a diverse group of teams and groups. From playing basketball at the junior college, D1 and D3 level to then coaching and assisting programs at Stanford women's basketball, the University of Washington and the Seattle Storm (during one of their three championship winning runs) --- Betsy's has develop as a master communicator and valuable collaborator for players and coaches alike. Please enjoy our conversation with Besty Butterick.Read her Q&A article from this episode here.

Building a Purpose-driven Culture Through Essentialism with Greg McKeown

Greg McKeown’s book Essentialism focuses on the importance of simplification in finding success and fulfillment-- to drill down on the truly important. His book challenges readers to abandon the mantra of “more is better” and celebrate the trade-off of eliminating the trivial many for the vital few. In this interview he shares practical advice on how to start down the path of essentialism. For more check out the article on Leading Edge.

Coach Tyrone Hicks: Challenge Yourself with the Things You Are Not Good At

Coach Hicks of Ann Arbor, MI shares his approach to keeping his team engaged while not meeting physically, how he pushes himself and instilling a work ethic that lasts the test of time.

Coronado Head Baseball Coach, Morgan Cummins shares insights from a lifetime of experience in the San Diego baseball scene, the impact of his mentors and the coaching philosophy he has developed over the years.

In this episode, Head Coach Shawn Dodd shares about returning to coach at his Alma Mater, Eastlake North High School (located outside of Cleveland), dealing with adversity and his coaching philosophy. 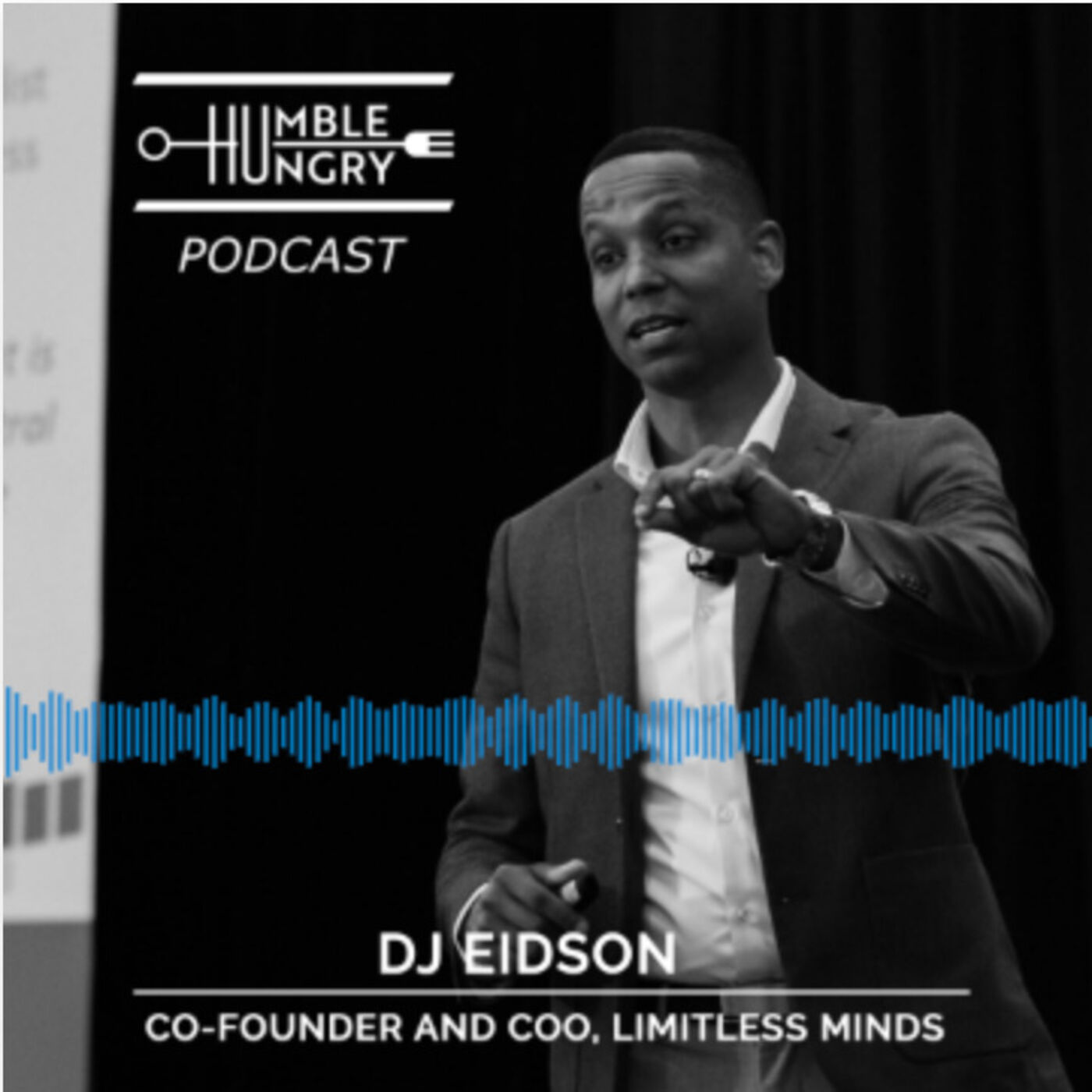 DJ Eidson Interview: It is what it is.

In this episode I catch up with DJ Eidson, Co-founder and COO of Limitless Minds. DJ shares the adversity he faced growing up and how his mom’s phrase “It is what it is.” laid the foundation for his neutral mindset. We talk about teaching athletes to have the right mindset, the importance of modeling it first as a coach, and how the lessons from sports can teach us some of the bigger lessons in life. 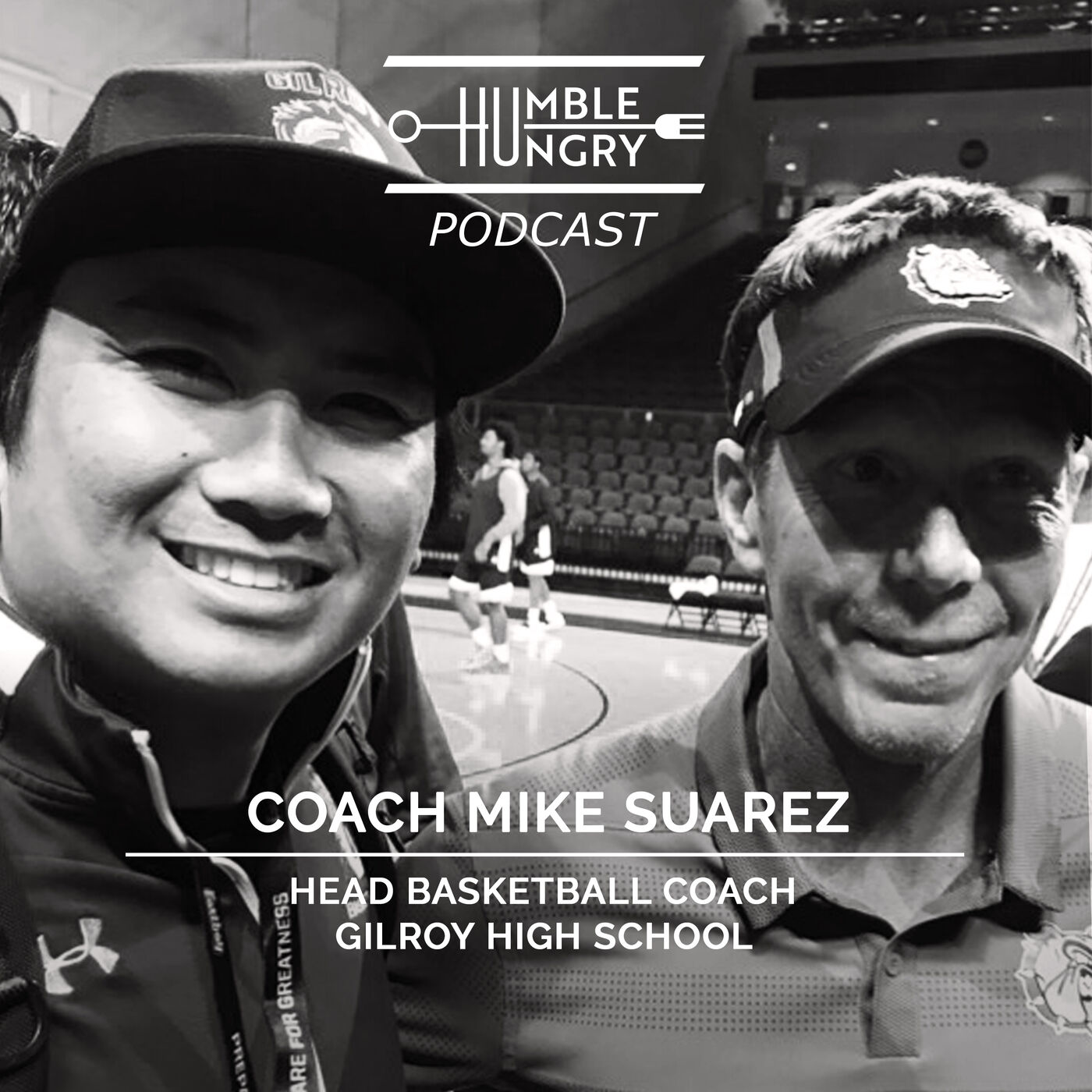 Coach Mike Suarez: In case we die tomorrow, I love you.

In this episode I catch up with Coach Mike Suarez. He is the Head Basketball Coach of Gilroy High School. In the wake a an active shooting, Mike is hoping a winning season can help his community heal. What sticks out to me about Mike is how much he cares about his student athletes. Checkout his team mantra: “In case we die tomorrow, I love you.” 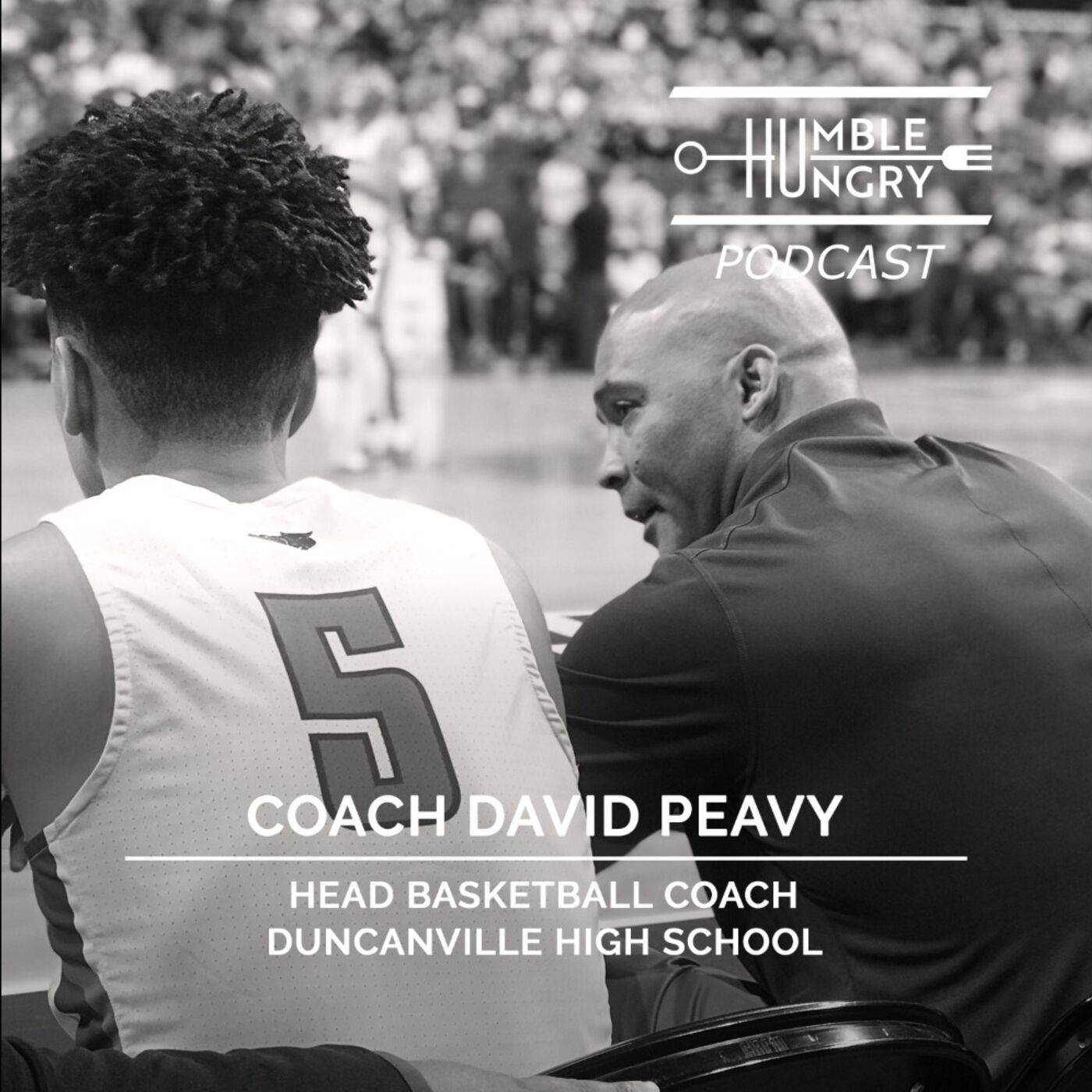 Coach David Peavy sits down to discuss his success as a basketball coach, how coaching your kid is tough but rewarding, and why commitment to competition and excellence is vital to building a winning team environment. 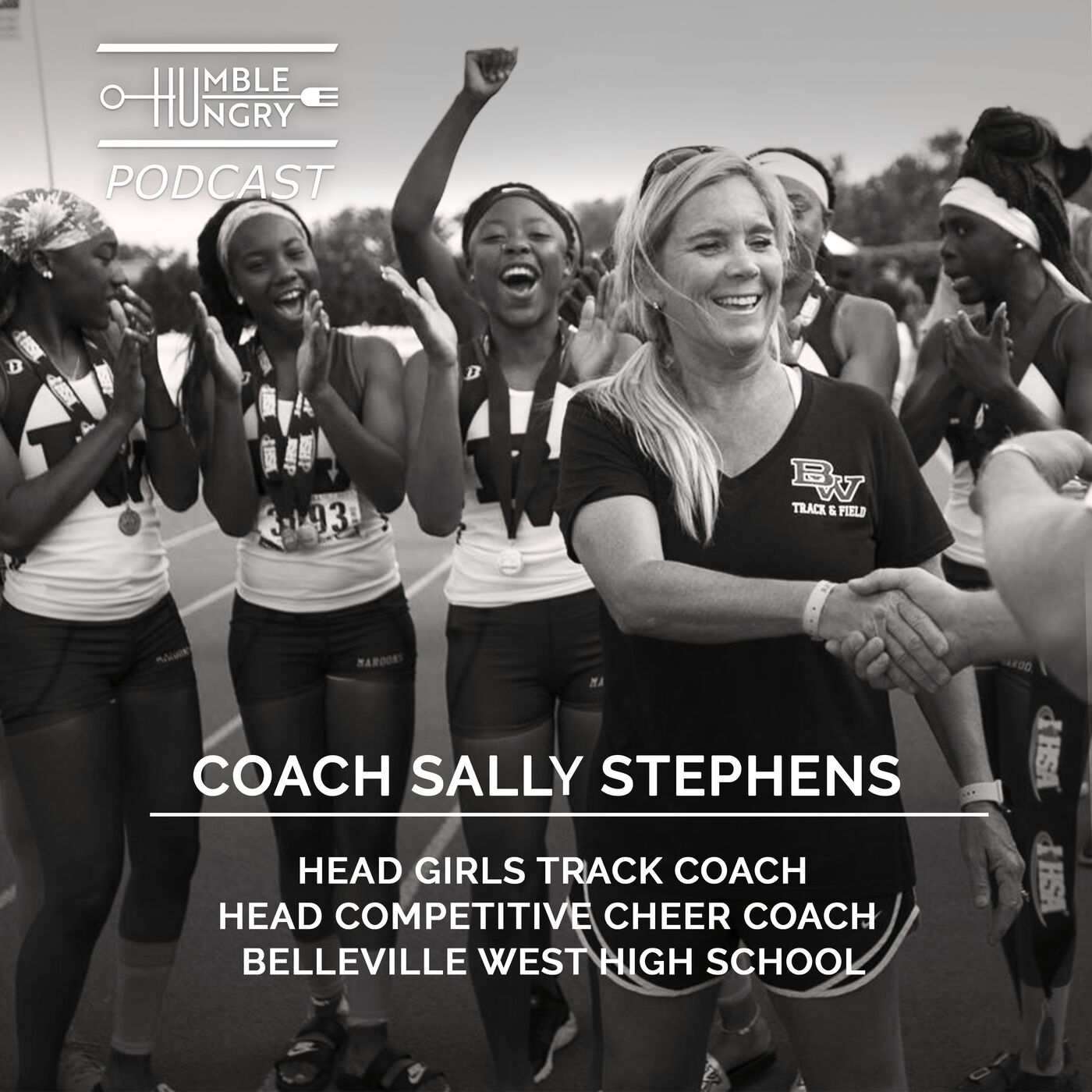 Coach Sally Stephens: Strong coaches reach out to their resources

In the episode I catch up with Coach Sally Stephens. Sally coaches track and competitive cheer at Belleville West High School on the outskirts of St. Louis. After 26 years of coaching, Sally explains the importance of admitting you don’t know everything and  reaching out to learn from others. Photo credit: Paul Halfacre from STLhighschoolsports.com 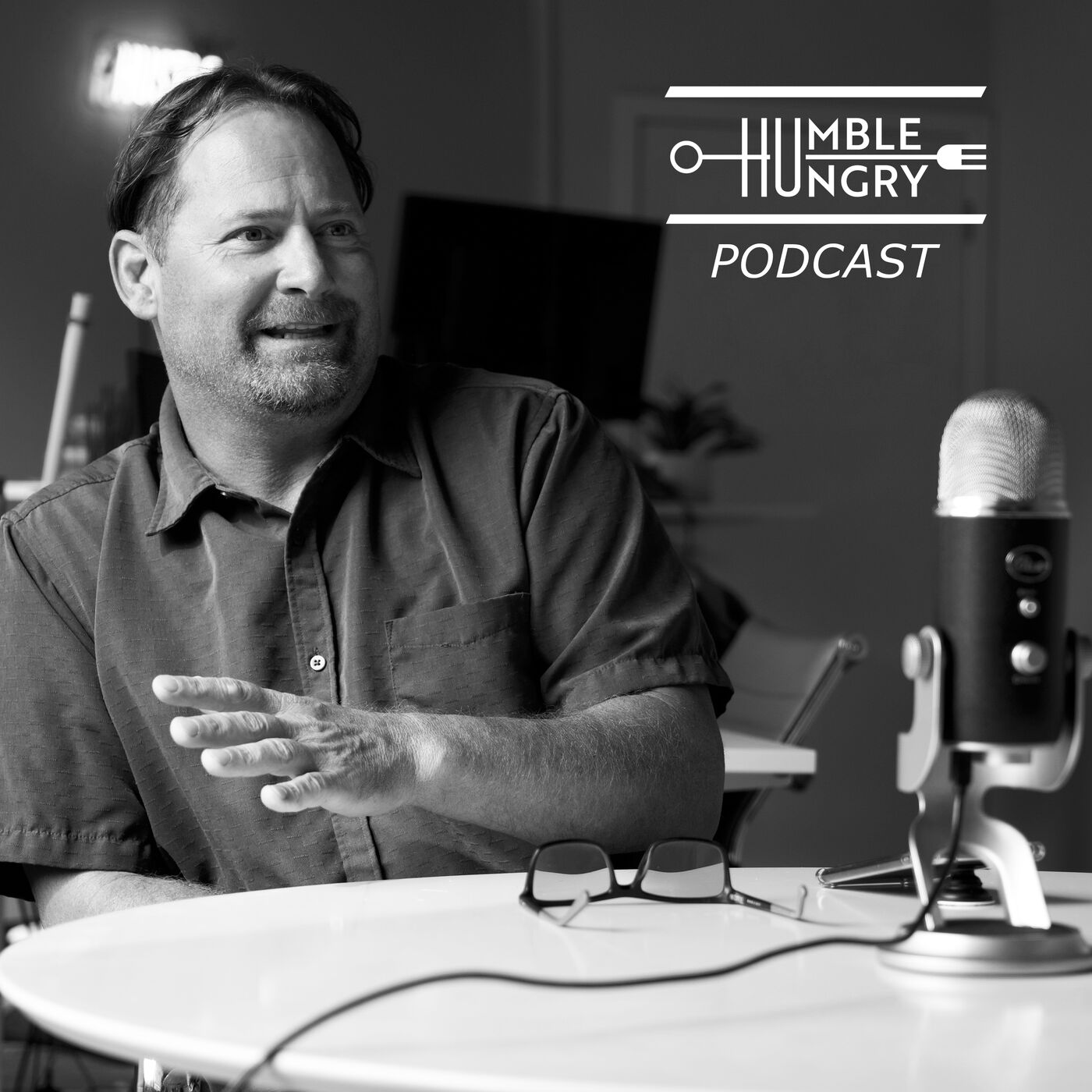 In this episode, I catch up with Everett High School Baseball Coach Alex Barashkoff. He shares his years of experience of coaching in the Seattle area and how learned that it is not about about the wins and losses. It’s all about building team chemistry and getting the players to buy in. 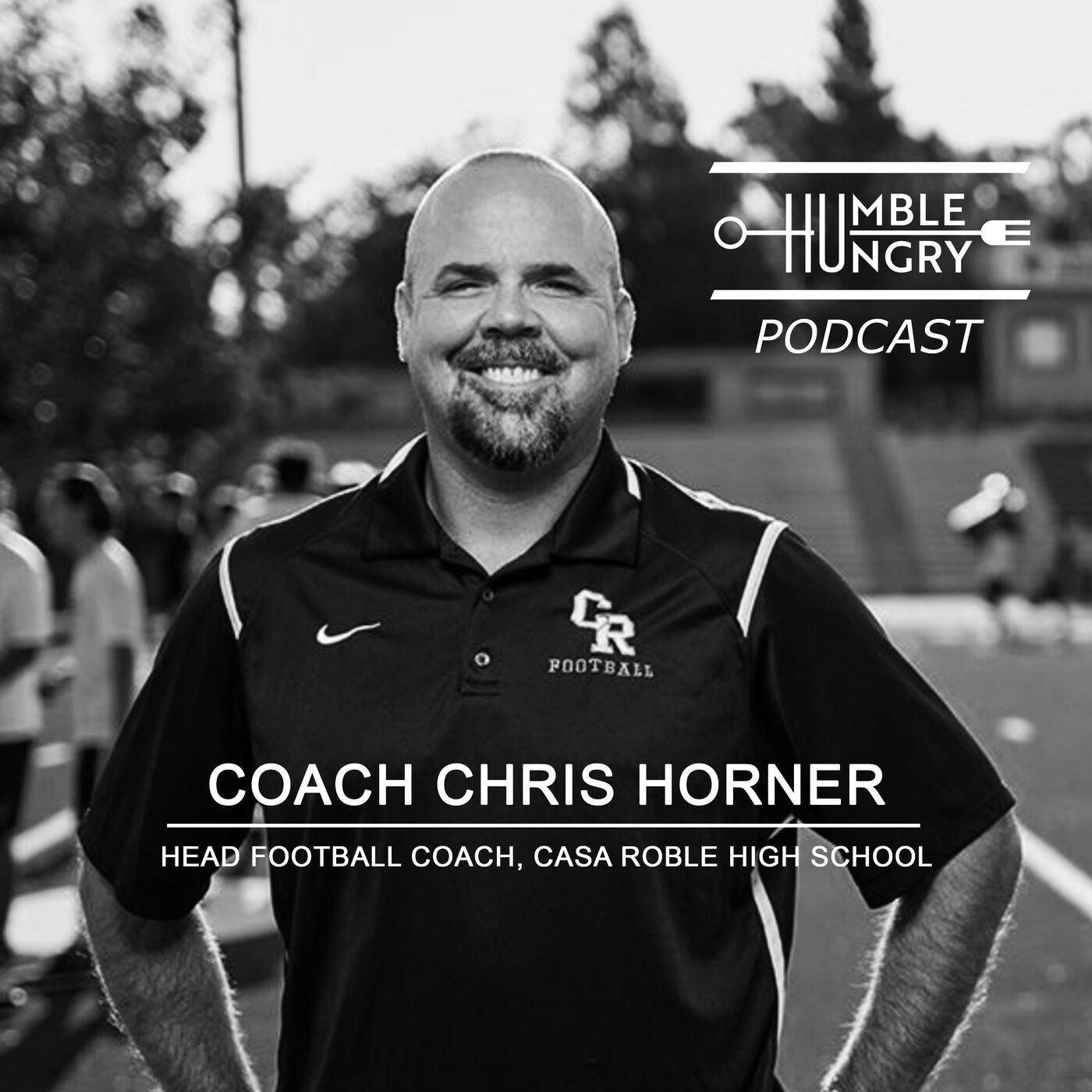 Coach Chris Horner: Coaching is bigger than yourself

In this episode I catch up with Head Football Coach of Casa Robles High School Chris Horner. Coach Horner talks about his love of coaching, making a difference in the lives of kids, and how his team raised $23,000 for the Paradise football team after their town was destroyed by wildfires.

In this episode I catch up with Jett Reed. Jett has blazed the trail as the first remote campaign director for Snap! Raise. When his mom was diagnosed with cancer he put his family first, packed up, and moved across the country to support his mom. 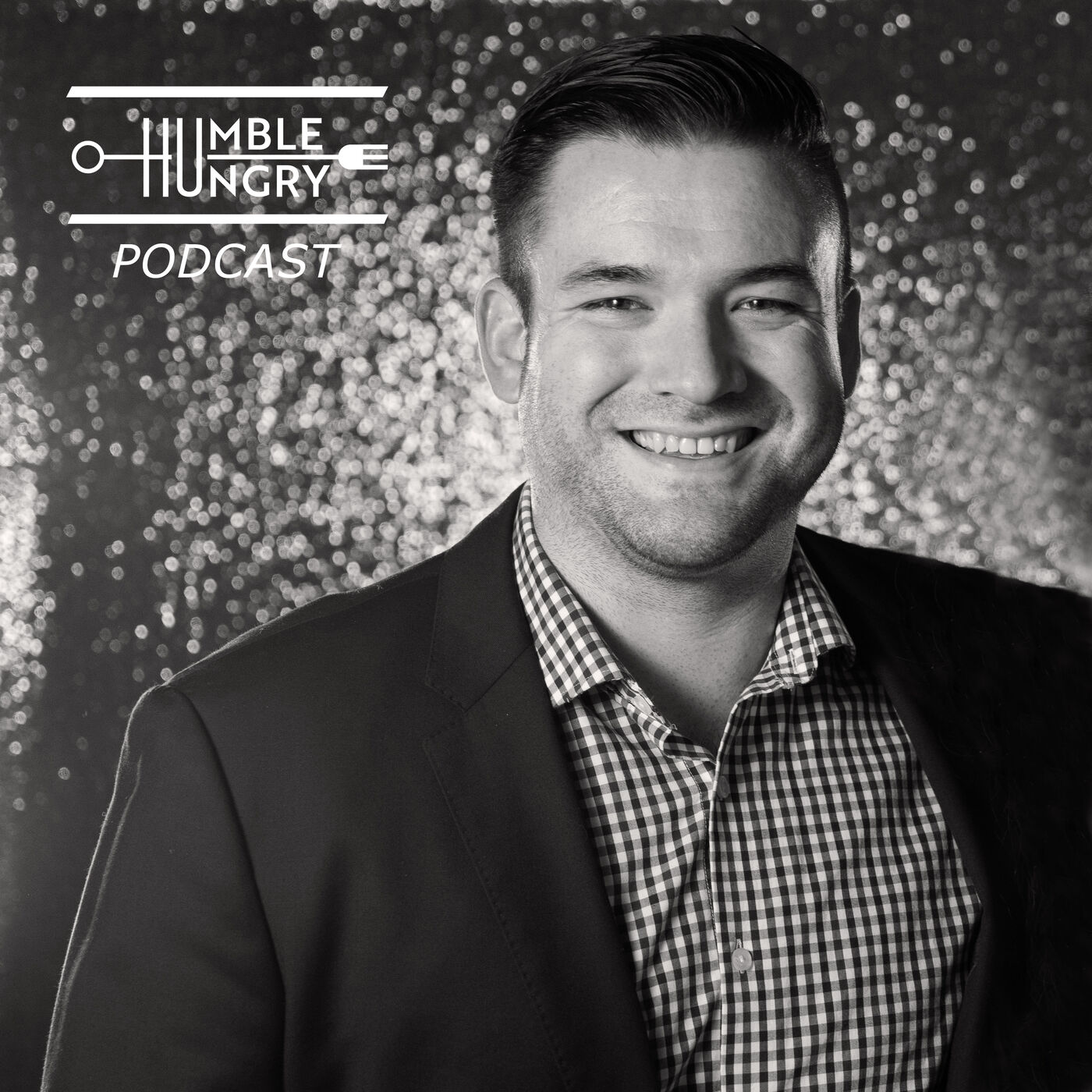 Scott Heric LIVE: Adversity will make you or break you.

In this episode I sit down with local legend and Director of Snap Advance - Scott Heric. This was a fun episode to record in front of a LIVE audience. Scott talks about his role at Snap!, growing up in Seattle with CEO Cole Morgan, and the adversity he is currently facing. Scott has a big personality and an even bigger heart. 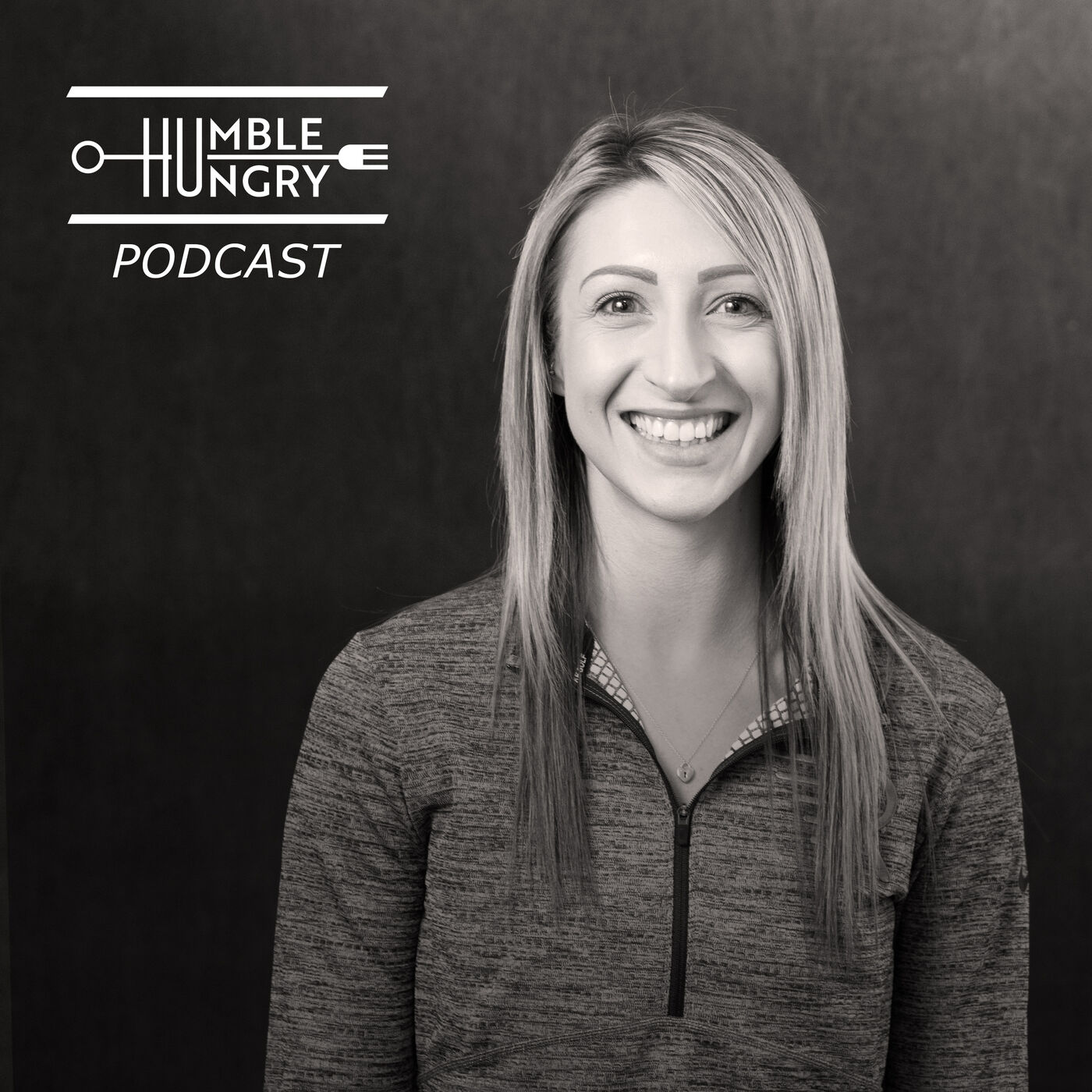 Kyla Spencer: An attitude of gratitude

In this episode I catch up with Kyla Spencer. Kyla has an infectious laugh and an attitude of gratitude that is contagious. You’ll enjoy Kyla’s hilarious stories as she recounts growing up in a small town and how she got through the adversity along the way. 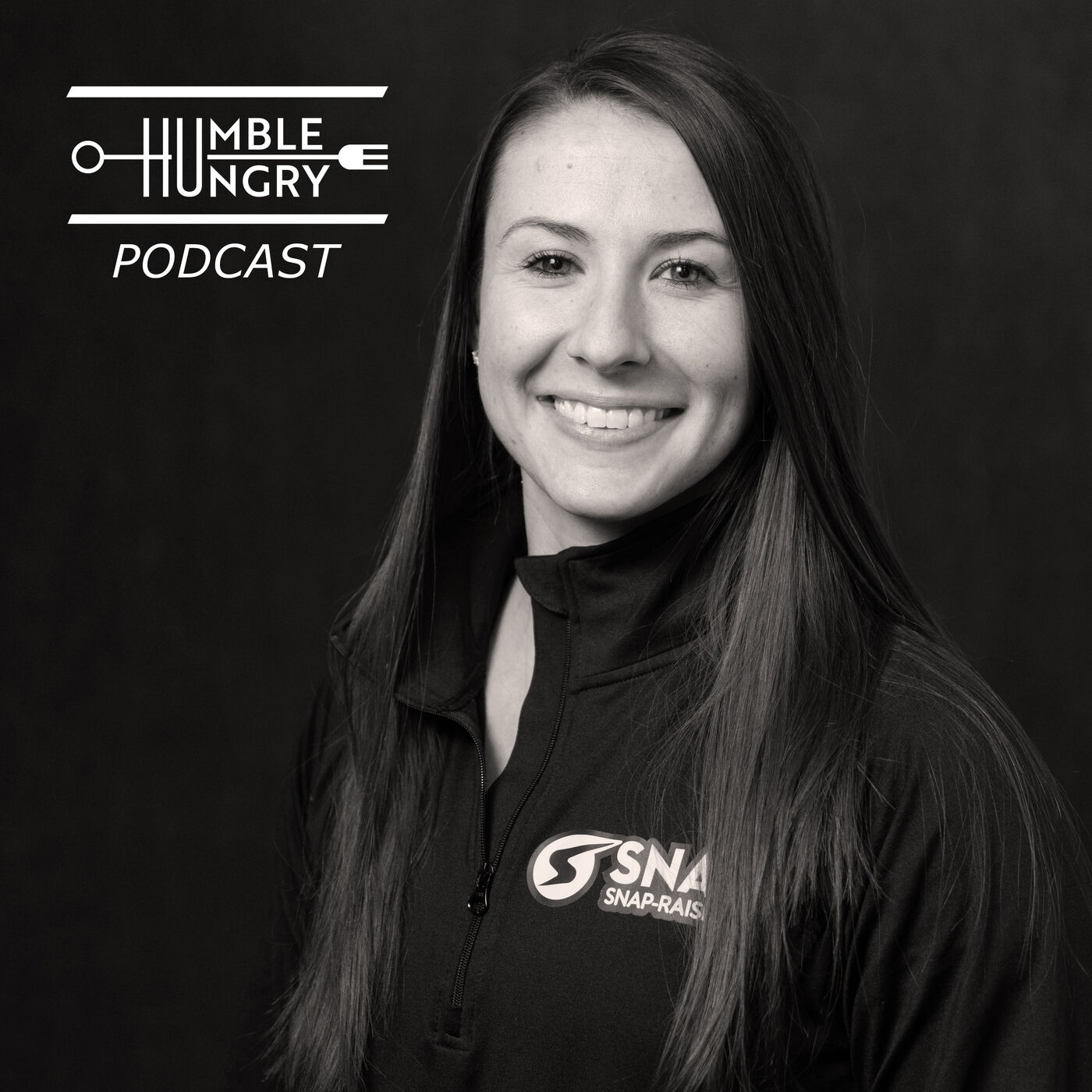 Christie Fijalkowski: There is a lesson in every failure.

In this episode I catch up with Christie Fijalkowski. Christie tells about growing up in the New England area, including a hilarious story about borrowing a minivan to run to the store at age 12. Christie also talks honestly about facing her failed marriage and what she learned from it. 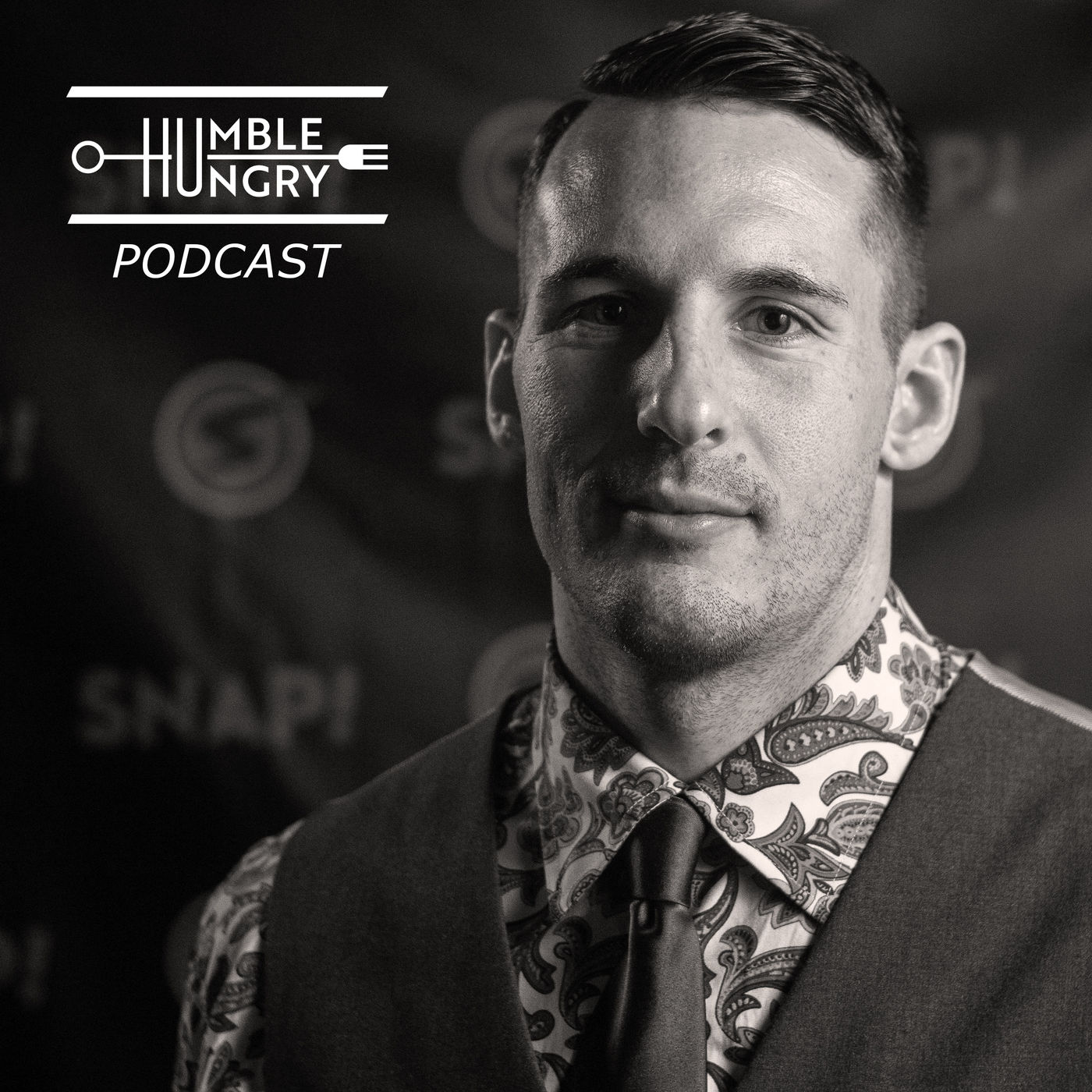 In this episode I catch up with Alabama’s own Taylor Stephens. No matter what adversity came Taylor's way, he faced it, moved forward, and never made excuses. Taylor admits that he has days where he struggles to stay motivated and on those days he leans on his teammates to inspire him to be his best. 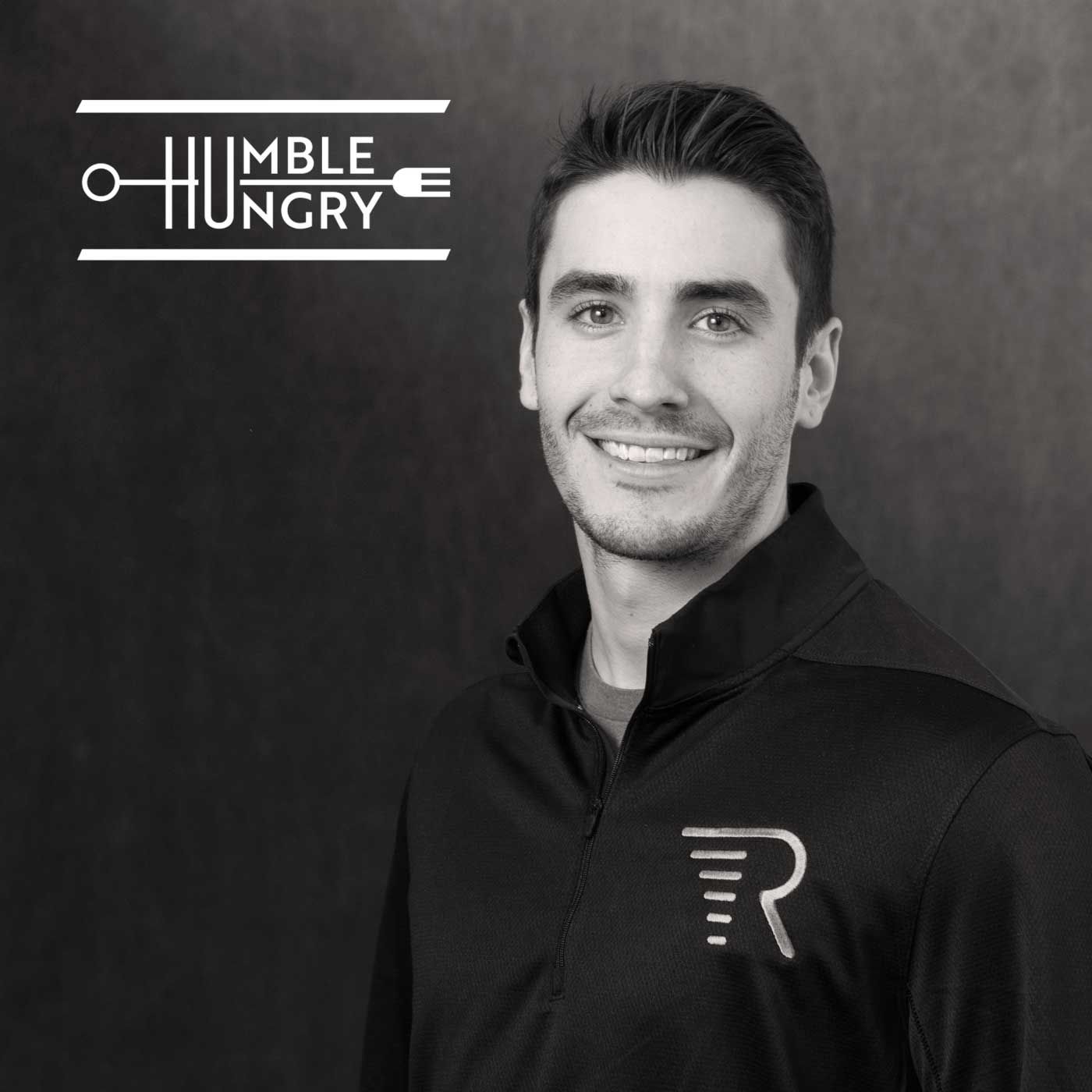 Chris Mannen: There is no time like the present.

In this episode I talk to Chris Mannen from North Jersey. Chris is a positive and energetic guy that knows how to be present in the moment. I was surprised to hear his story of his mom dying and what he learned from her.
See More
Comments