DiscoverThe Podcast by Chicago in Arabic

The Podcast by Chicago in Arabic

This is "The Podcast" by Anwar Jebran and Malek Abdulsamad, founders of Arabic Media Company. Featuring stories and Ideas by Arabs and Arab-Americans who had an impact in their organizations and communities in Chicago and around the nation. We want to shed the light on their journey, and share their point of view about life, business, community and more.
13 Episodes
Reverse

Upwardly Global - Eliminating the barrier for immigrants & refugees to enter the professional US workforce.

Upwardly Global’s mission is to eliminate employment barriers for skilled immigrants and refugees and integrate this population into the professional U.S. workforce. It was a great podcast session with Kayla & Fahed from Upwardly Global. We discussed their mission, vision, and effort to help immigrants resettle in their new city in the USA. Website: https://www.upwardlyglobal.org/Programs/ Music: Bassel & The Supernaturals

Fouad Teymour, an Egyptian creative and playwright, has an amazing background, as he is a professor in engineering at IIT in addition to his creativity in the theatre world. Teymour was a Network Playwright at Chicago Dramatists from 2010-2017 and is currently a member of the Writer’s Studio. His play Blue Fish in A Tall Clear Vase is being produced in November 2017 by Three Cat Productions. Other performances/readings of his plays include: The Night Jesus Joined the Revolution (Silk Road Rising); An Afternoon With My Mother, Blue Fish in A Tall Clear Vase (Three Cat Productions), and several plays discussed in Chicago Dramatists First Draft series.We sat with him and spoke about the origins, journey, and future plans. His play "Twice, Thrice, Frice..."  is going live on Oct 1st! Get tickets: https://web.ovationtix.com/trs/pr/1005886Music: Bassel & The Supernaturals

Bab Foundation - a platform that connects refugee families with people who are willing to help.

There is always a way to help people. With these words, Ayla Abyad, the founder of Bab Foundation started the conversation with us at the Podcast. Ayla is an immigrant from Syria, came to the US seeking higher education in architecture. She founded Bab Foundation few years ago to help Syrian refugees settle down in the US by connecting them with families that are willing to help. We sat with Ayla and chatted with her about her background, the foundation and her future plans. Please visit Bab Foundation and Help! www.bab.foundation Music: Bassel and The Supernaturals.

Census 2020 Discussion with the City Bureau

Census 2020 is a very important topic for the city of Chicago and Illinois. It was a great chat with Sarah and Alexus from the City Bureau about this topic.  Founded in 2015, City Bureau is a nonprofit civic journalism lab based on the South Side of Chicago. https://www.citybureau.org/. Music: Bassel & The Supernaturals Check out https://www.documenters.org/. It is about participating in and documenting public meetings.

Rush Darwish - It is not about them, It is about us

"It is not about them, It is about us" Rush Darwish is a Palestinian-American, philanthropist, social activist, a businessman, and a father. He is running for US Congress, for Illinois's 3rd congressional district. He is all about creating jobs, supporting small businesses and helping to improve communities. We sat with Rush and talked about his life journey, challenges and vision. Music: Bassel & The Supernaturals Team Palestine: https://teampalestine.com/For Donations to Rush's Campaign: https://rush4congress.com/

A very interesting interview with serial entrepreneur Mr. Kinan Sweidan. We chatted about the entrepreneurship journey, how to start a business, and the challenges you face. Great bits of advice for anyone who wants to start his/her own business. Music: Bassel & The Supernaturals

Nour Bitar is a Syrian actress who lives in LA. She immigrates to the USA after the Syrian war, and that is where the journey began. She worked so hard to fulfill her dream of becoming an actress & a film writer. She is a true example of working hard, hustling, and entrepreneurial spirit. The hard work paid off as she worked in many shows & national commercials, and series. She was part of the last work with Bassem Youssef, she was a reporter at the Oscars & Golden Globe, she even started her own podcast & radio show. Music: Bassel & Supernaturals.

Dima Orsho - A Melody from Syria

Dima Orsho is an established and seasoned performer, recorded artist, and collaborator with renowned international musicians. Dima had amazing performances as a soloist on world-class stages, such as The Elbphilharmonie in Hamburg, The Millennium Stage at The Kennedy Centre, The Opera Bastille and Theatre de la Ville in Paris, Bimhuis Amsterdam, Pierre Boulez Saal in Berlin, The Media Park of Cologne, The Library of Congress, Brucknerhaus in Linz, Bozar in Brussels, The National Theater in Taipei & The National Theater in Almaty Kazakhstan and Damascus Opera House. We sat with Dima and chatted about the beginnings, her journey, and her vision. Stay tuned until the end of the episode for a delightful surprise :) Episode Music: Bassel and The Supernaturals Finale Music: Bukaat Daoo Music

Jamil Khoury - Founder of Silk Road Rising. A great interview with a visionary and a creative Syrian-American with a rich background and great vision. Silk Road Rising is an art-making and art service organization that shapes conversations about Asian and Middle Eastern Americans. Through storytelling and dialogue, they challenge disinformation, promote a culture of continuous learning, and explore what it means to be Americans.Music: Bassel & Supernaturals

When Lina Sergie Attar started Karam Foundation, the goal was to unlock the charity potential of the Arabic community in Chicago and reinforce the culture of giving to help others. This mission was brought into focus in 2011 during the "Arab Spring", especially the Syrian conflict. Now, Karam is an international NGO with offices in the USA and Turkey, helping Syrian refugees in the social and education sectors. We sat with Lina and we talked about the beginnings, the mission and the vision for the future. Visit: www.karamfoundation.org. for more info. Music: Bassel & The Supernaturals

An introduction promo for the first season. Music: Bassel & The Supernaturals.

Syrian Heart. Chicago Soul. These words summarize the mission of the amazing Bassel & Supernaturals Band. The soulful Syrian-American vocalist and his ensemble have been performing around the nation on an impressive tour. We sat with Bassel Almadani and talked about his music, life, and vision. Enjoy this amazing episode, and don't forget to subscribe to our podcast on Apple Podcast, Spotify, Google, and Stitcher. Check out Bassel Music Website: https://www.basselmusic.com. 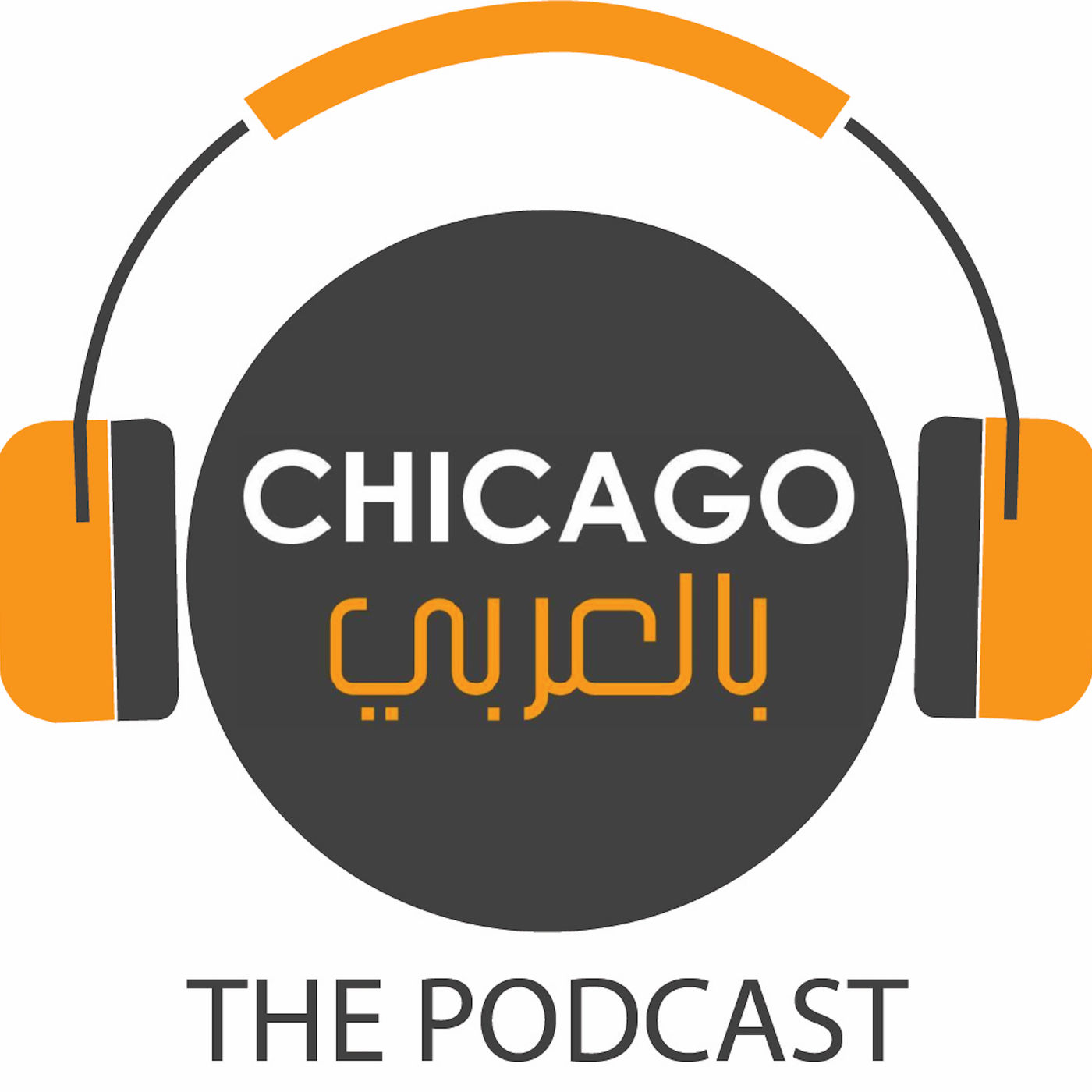 When Mohamed and Zein, Co-founders of Safina Ice Cream, moved to Chicago, they were frustrated by the Ice cream options in the city. Led by their nostalgia for the traditional Arabic Ice Cream Booza, they founded the first Booza Ice cream startup in the Chicagoland area. They are producing pints of delicious Booza Ice Cream with amazing flavors. Now, they are available in many stores throughout the city and they also deliver to your doorsteps. for more info, please visit: www.safinaicecream.com, We sat with these two co-founders and had an amazing chat with them.
See More
Comments