I don't write to right. I write so that others might. You can know the word but not the author
4472 Episodes
Reverse 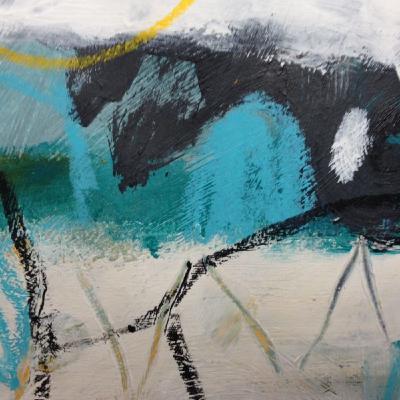 The Daily Mess Get Off The Boat 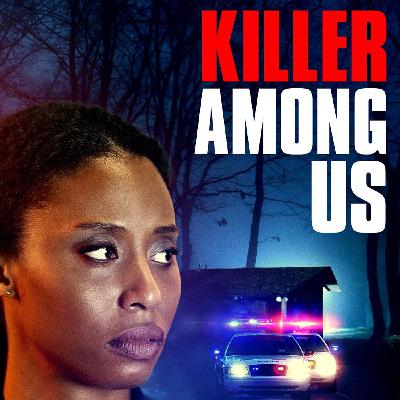 Yasha Jackson From The Movie Killer Among Us

iTunesertical Entertainment has acquired North American rights to first time writer-director Charles Scharfman's crime thriller "Killer Among Us". The film stars Yasha Jackson (The Flight Attendant), Andrew Richardson, Bruce MacVittie and Imani Lewis. On the 4th of July, a rookie female cop partners with a veteran detective to save the life of a high-school student from a radicalized serial killer. Vertical Entertainment will release Killer Among Us in cinemas & on demand April 16th.Director Charles Scharfman: "I made this film as a crime genre-rooted reflection of the polarized and complicated political climate we are currently living in, and that's even more relevant today then when we shot it."Producer Dan Clifton: "We could not be more excited to have Vertical Entertainment distribute Killer Among Us. This was a special film to make with Charles, producer Bernard Hunt and our whole team, and I'm excited for audiences to see it this spring."Killer Among Us was directed by Charles Scharfman, written by Charles Scharfman and Daniel Lichtenberg, produced by Dan Clifton and Bernard Hunt, with cinematography by Bernard Hunt, edited by Terry Taylor, and music by Siddhartha Barnhoorn. The film was produced by Hard Night LLC.

Hey it’s Arroe. This is Play It Forward. A look at the unexpected changes endured by entertainers, writers, camera people and all others affected but not infected by the global invasion of the Coronavirus. Real people. Real stories. The struggle to Play It Forward. Episode 239 with Greg Harris President of the Rock n Roll Hall of Fame That’s Play It Forward. You can listen to the full conversations with these artists on three different podcasts. Like Its Live, Unplugged and Totally Uncut and View from the Writing Instrument found on all digital platforms. 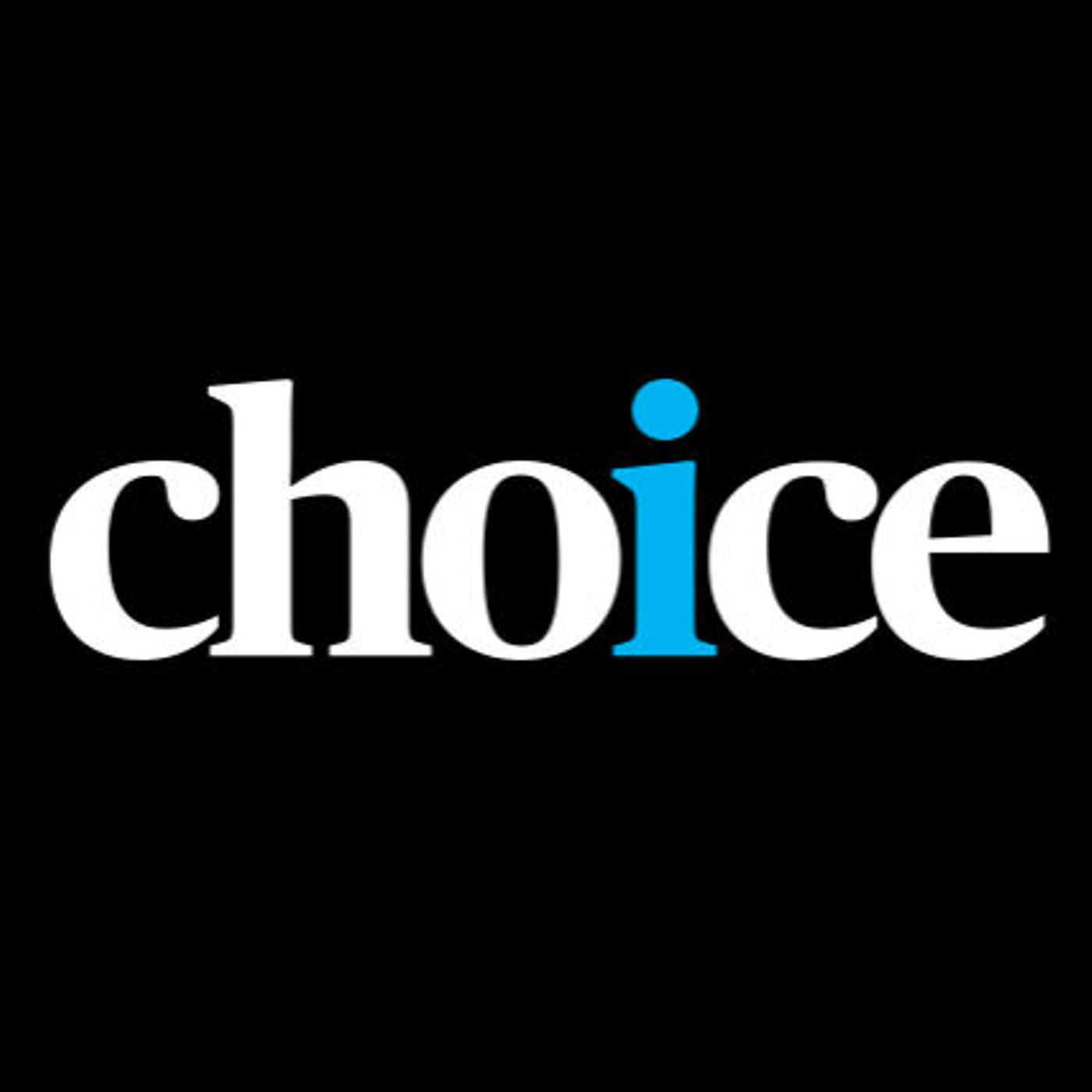 May 14, 2021I don’t know if I should travel to South Carolina to buy fireworks or step back six more feet. A huge milestone was conquered yesterday afternoon. After sixty plus weeks of wearing a diaper over our faceS the CDC reached that point in Covid 19 recovery where it’s OK to walk into a building without wearing that strip of cloth. But! But! You have to be fully vaccinated. I burst out in huge laughter. Because I know how many people I work with on the frontline who refuse to get the shot. They’re on the frontline and still feel like it’s a conspiracy. To pour even more fuel onto this fire is how fast the North Carolina Governor jumped in and said it wouldn’t be happening in his state. It’s like being a teenager all over again. You’ve got your first car. The freedom is all yours. Driving wherever and whenever you want. Then your parents say, “Be home by nine or those keys belong to me.” My father was sick with his strict walk and way. He only allowed us five minutes to talk on the phone. As teens with budding hearts of love how can you get anything done inside five minutes? His command taught how to lie. To make up excuses. To create fake news. Five minutes? What his discipline did during my teen years trained me to be more giving and compassionate toward today’s young adults. His dictatorship at 4172 Ryan opened my heart to give people the opportunity to succeed until the moment they disrespect the gift. The agreement. The collaboration. Equal love. Equal respect. Until the agreement is broken. I get it! Humans have this drive to not want to follow any rules. Many of us don’t like confrontation either. When things aren’t moving the way you intend it generates a ton of negative. Oh baby! Feel that fire! Whew! You’ve got some good negative! Sadly a lot of that negative is turning into bad decisions which leads to improper behavior. The CDC, President Joe Biden and science have cleared the way for the masks to taken off while in a building. The Governor of North Carolina doesn’t agree. Can I get his phone number? I just wanna call him up when the maskless masses grow in large numbers. Call him up to let him know that being a political father during the pandemic means we ain’t coming home at 9pm. He can try and take the car keys but the people know he may have words but he isn’t gonna be heard. I get it! How do you prove you are fully vaccinated? I get it! Only 37% have been fully vaccinated! At any given moment we could be the global hot spot. I get it. My Dad told my teenage self, “I can’t stop you from getting an STD. If you get it. It wasn’t because I didn’t tell you how to protect yourself. Make your own choices and please God in Heaven please locate the right decision.” 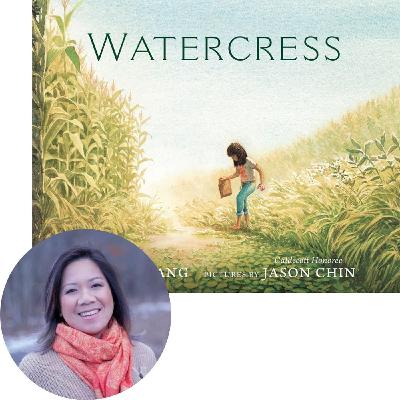 For Andrea, how Watercress is a moving autobiographical story of a child of immigrants discovering and connecting with her heritageFor Jason, how he worked in an entirely new style, inspired by Chinese painting techniquesFor both, their collaboration and how their childhood experiences with their parents shaped their bookFor both, why it is important for children to understand their family history

Gaining Control Of Your Oh Wow

The Daily Mess The Journey

Play It Forward Episode 39 Your Home Where Do We Grow

The Daily Mess Maybe Its Time

You have to shape the willingness and availability required to locate success. It has to be crafted. It will stay a forever distant dream unless you put in the time and effort to materialize the path. What remains silent is your side of the process. Not an accusation but the realization of developing the skills to be present in a new age of Now. 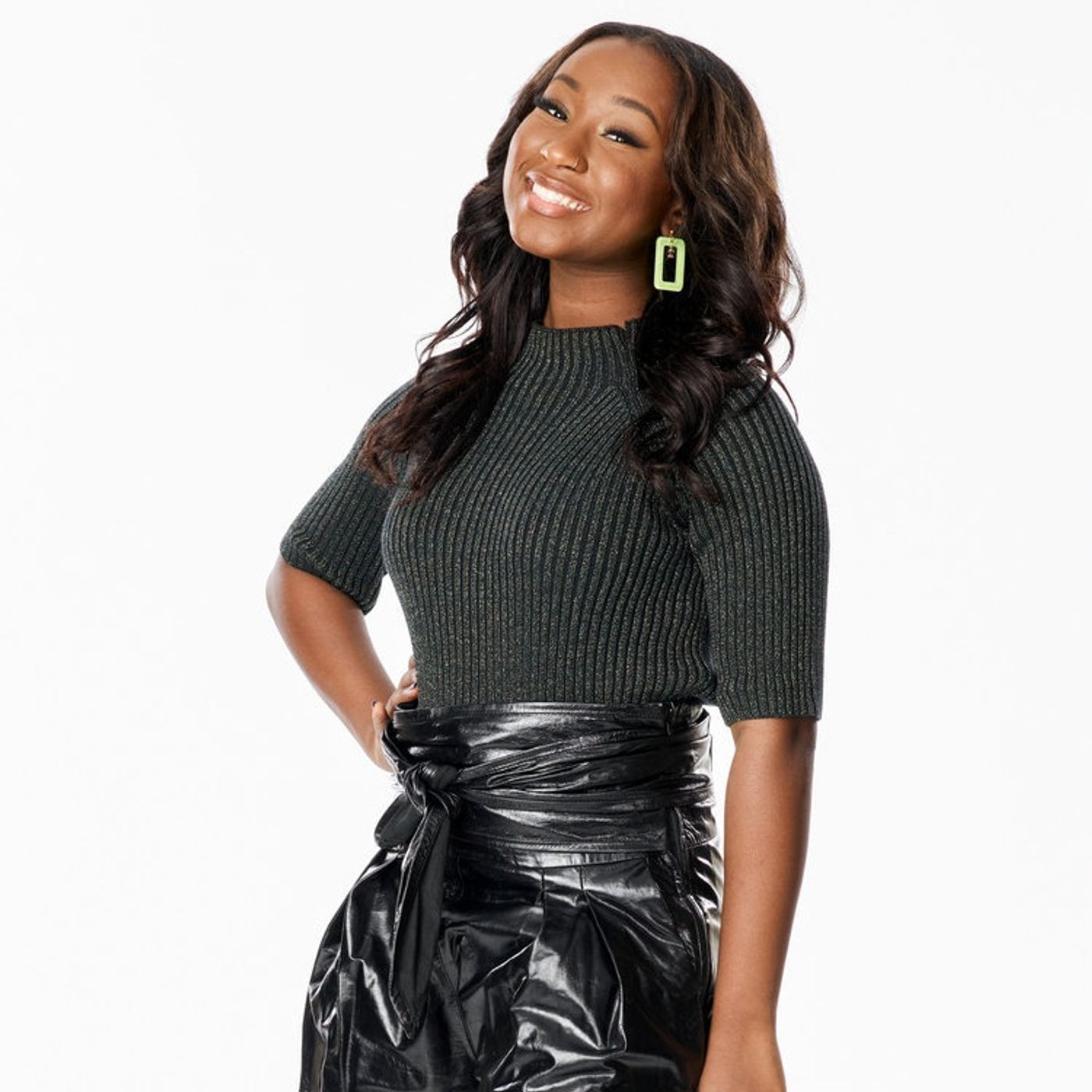 Gihanna Zoe From NBC's The Voice

Gihanna grew up surrounded by music. She started singing in church when she was five years old, and was later inspired to learn piano. She went on to attend a performing arts school, got involved in theater, and found a love for storytelling after winning a statewide writing competition. To date, she has written two movies, 12 short films and four plays while also working on her songwriting. Gihanna is currently enrolled in online schooling, which allows her to focus on her music and storytelling.

Hey it’s Arroe. This is Play It Forward. A look at the unexpected changes endured by entertainers, writers, camera people and all others affected but not infected by the global invasion of the Coronavirus. Real people. Real stories. The struggle to Play It Forward. Episode 238 with Alicia Dennis. People Magazine Senior Editor That’s Play It Forward. You can listen to the full conversations with these artists on three different podcasts. Like Its Live, Unplugged and Totally Uncut and View from the Writing Instrument found on all digital platforms. 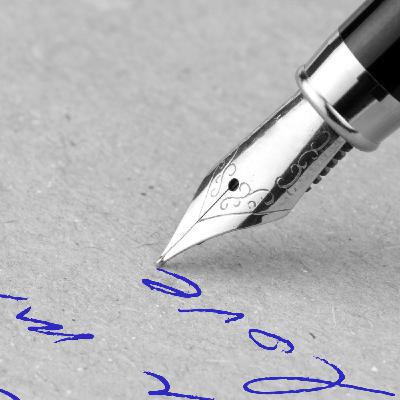 May 11, 2021The daily writing exercise is called Stream Thinking. Being present in all things right now. No judgement, no perfectionisms, raw writing by way of documenting all things right now. I was recently introduced to a new term: First World Covid Problems. A great example is how we feel that being back to normal is about removing the walls designed to protect clients and guests from the potential of there being a Covid crisis. Oh I’ve got CFWP! My local CVS pharmacy. Why do they feel it’s in our best interest that they steer clear of opening until 10am? I don’t go into the store. I get my meds from the pickup window. I have a first world Covid problem because of how my essential job has marched forward with back to normal hours 6am til 11pm. I don’t get it. We’re still being forced to walk in a pair of shoes that don’t fit. First World Covid Problems. You know what I’ve seen increase. The sale of lottery tickets. Never once has someone been upset about not winning. I get the usual shrugging of the shoulders with “Oh well. I guess not today.” I gambled this morning on CVS being open by 9. But I didn’t get upset. Nope. I’ve learned a lot from my lottery ticket friends. Especially those whose homes are on the street. Raise your hand if you think the money they collect on street is going into alcohol and drugs. Lottery tickets! A 50 cent investment has earned many $20 to $50. The scratch offs are paying out hundreds of dollars. While I’m complaining about CVS opening at 10, my friends from the street are cashing in. And when it doesn’t happen. It rolls right off their shoulders. 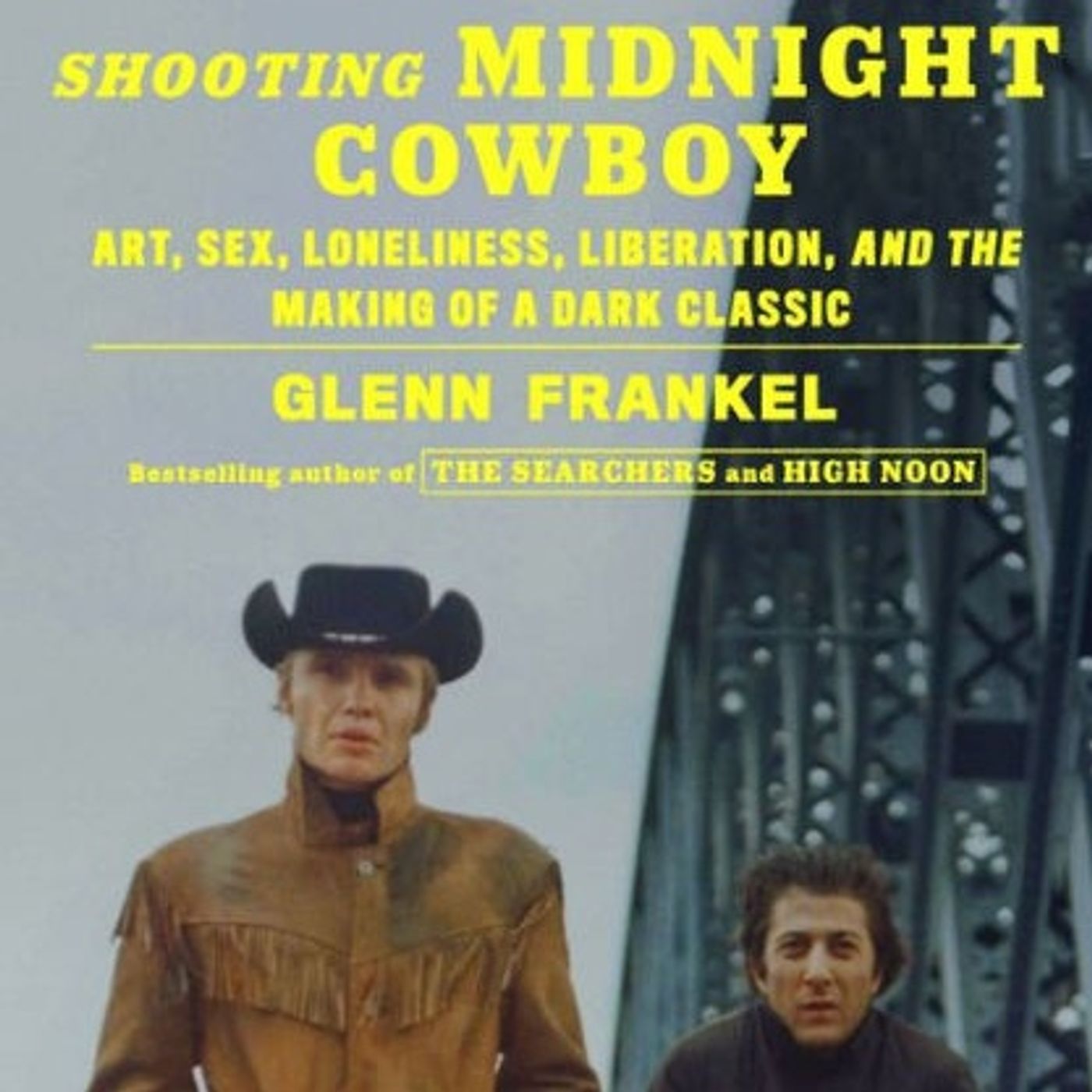 From Pulitzer Prize winning journalist, film scholar/historian, and bestselling author of The Searchers and High Noon – GLENN FRANKEL -- has a new book on Hollywood legends and history -- SHOOTING MIDNIGHT COWBOY: Art, Sex, Loneliness, Liberation, and The Making of a Dark Classic (Farrar, Straus and Giroux: March 16, 2021).John Schlesinger’s Midnight Cowboy is something unique in the history of cinema. The story of a young Texan who moves to New York City to become a hustler, and the relationship he forms with a small-time grifter, it is the only film with an X-rating ever to win Best Picture at the Academy Awards. In SHOOTING MIDNIGHT COWBOY, the Pulitzer Prize-winning writer Glenn Frankel gives this dark classic of the New Hollywood era the authoritative history that it deserves.Glenn Frankel is available for interviews. I would love to get you a copy of the book – PDF or hardcover – (please send appropriate mailing address) and arrange for an interview with Glenn. Please respond with a preferred date and time. SHOOTING MIDNIGHT COWBOY is a fascinating group portrait of the men and women who came together to create the film.
See More
Comments (2)

I think you both are great!