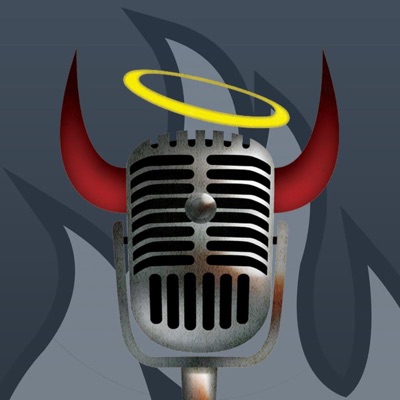 What is Simple Blasphemy? Having the best time with some of the worst topics.

Weekly round table discussion hosted by Zak, Zack and Andy with occasional special guests. Witty and jaw dropping topics you never thought talk-able, lovingly yanked from their cage and taught to fly under suspicious circumstances.

Interview with an expert about COVID-19 and pharmaceuticals

What's the price pumpkin with Amanda from Louisiana

Kane Loc is back! What the hell has been going on_

Zack Green the Cleaner transmigration into a

Fun with Todd Evans and games

Nicole Khoury began her legal career before she ever entered law school, while temporarily working in the Maumee Municipal Court’s Prosecutor’s Office. Throughout law school, she was employed part time with Criminal Defense attorney Alan Konop performing legal research skills and eventually, sitting co-counsel with him on several high profile cases. She returned to Maumee Municipal Court in a Prosecutor internship her final semester of law school, and then immediately began working for the Lucas County Public Defender’s Office in Maumee, Sylvania, and Oregon courts. Upon her passing the bar exam, she was hired on as a contracted attorney with those courts and began her private practice, both in Ohio and Michigan, primarily focusing on Criminal Defense work.Outside of the courtroom, Nicole has gained statewide recognition for her contribution to our community including, and most importantly, being the founder of Project iAm and its annual fundraiser Acoustics for Autism. She developed this 501c3 organization in an effort to help local families in the Northwest Ohio area help pay for their children’s treatment and therapy for Autism Spectrum disorders. Ten years later, this 100% volunteer based organization has given out over $130,000 to families in our area and is known to be one of the most loved charities in our great city. Ms. Khoury has earned the respect and accolades of her legal peers by being voted the Ohio State Bar Foundation District and Statewide award recipient for Community Service (lawyers under the age of 40) in 2012 and 2013. She has also been nominated for a Jefferson award in both 2015 and 2016 and received the “Top 20 under 40” award in 2016. in March of 2017, Nicole received the great honor of being voted the “Best Female Attorney” for 2016 by the readers of the Toledo City Paper as well as the Maumee Chamber of Commerce “Hometown Hero” (Maumee River) Award.Simple Blasphemy info: -----------------------------------💰SUPPORT https://www.patreon.com/simpleblasphemy⭐Find everything www.simpleblasphemy.com👀 SOCIAL Youtube: http://www.youtube.com/simpleblasphemyTwitter: http://twitter.com/simpleblasphemyFacebook: https://www.facebook.com/SimpleBlasphemyTwitch: https://www.twitch.tv/simpleblasphemypodcast🎧 AUDIOiTunes: https://podcasts.apple.com/us/podcast/simple-blasphemy-podcast/id1371584563?mt=2Spreaker: https://www.spreaker.com/user/simpleblasphemyStitcher: https://www.stitcher.com/show/simple-blasphemySpotify: https://open.spotify.com/show/6pwZkhE9mzVHBAnQ8hvv7pTumblr: https://simpleblasphemy.tumblr.comiheart: https://www.iheart.com/podcast/966-simple-blasphemy-po-29246502

Interview with Dave Picciuto from the Youtube channel Make Somthing