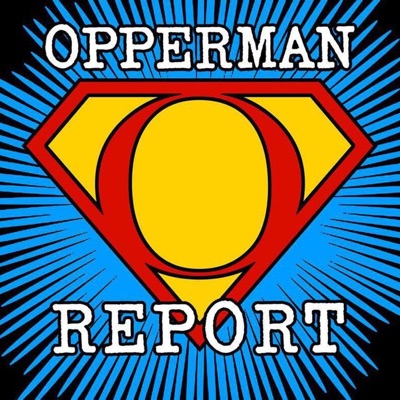 Assassination of John F. Kennedy, mortal shooting of John F. Kennedy, the 35th president of the United States, as he rode in a motorcade in Dallas, Texas, on November 22, 1963. His accused killer was Lee Harvey Oswald, a former U.S. Marine who had embraced Marxism and defected for a time to the Soviet Union. Oswald never stood trial for murder,

After the Uprising: The Death of Danye Dion Jones.

"After the Uprising: The Death of Danye Dion Jones.

After the Uprising: The Death of Danye Dion Jones.

"After the Uprising: The Death of Danye Dion Jones.

Casey Gane-McCalla : Inside the CIA's Secret War in Jamaica

Casey Gane-McCalla : Inside the CIA's Secret War in Jamaica

“Historian of the Strange”

Robert Damon Schneck Historian of the StrangeRobert Damon Schneck is a researcher and writer specializing in strange, obscure, and Fortean American history. He is author of The President’s Vampire (2005), Are You Psychic? (2007), and, most recently, Mrs. Wakeman vs. the Antichrist (2014). A regular contributor to the Fortean Times, Mr. Schneck also lectures on strange Americana, and can be reached at “Historian of the Strange” at https://www.facebook.com/historianoft....http://www.amazon.com/Robert-Damon-Sc...

Opperman Report: Fake Moon Landing with Bart Sibrel - Adoption Abuse, Malinda Choma's personal story.In hour 1 joining your host Ed Opperman for an in depth discussion is award winning film maker, writer and investigative journalist Bart Sibrel who is also known for his controversial views about the moon landing being fake. During the show Bart says “ The easiest proof that it did not happen is simply technology does not go backwards. If they could go to the moon on the first attempt with 1960's equipment, men would have been on Mars 25 years ago.”In hour 2 Ed interviews Malinda Choma, who says see was adopted by a man who was a scam artist that abused her tremendously. During the show Malinda says “... my birth Mother, the one that gave me up for adoption, went to my biological father and offered him what she described as “a bundle of cash”.For more info and autographed DVD's from Bart Sibrel, visit his website:* http://www.moonmovie.com/For videos made by Bart Sibrel visit his Youtube channel:https://www.youtube.com/user/BartSibrel1This podcast of The Opperman Report aired from KYAH 540 am radio Utah on 2018 February 10th and is available with more great shows at Youtube: https://www.youtube.com/user/lasvegas... and for exclusive content you won't get anywhere else visit the Opperman Report Member Section and Special Archive http://www.oppermanreport.com/

Beyond Avery Road: Buting and the Beast

In the state of Wisconsin, after being exonerated for a wrongful conviction on September 11, 2003, Steven Avery became a very political name in a very political time. Two years later, when arrested for the 'Intentional Homicide' of Teresa Halbach during a time when he filed a $36,000,000 civil suit, Steven alleges he was ultimately "Framed" by corrupt state officials to thwart off his chances of winning the suit.However, the Wisconsin DOJ argues that it was impossible for any such "Frame Job" to ever have happened. Though, could the "Framing" be probable, "If" the MO was political? What did Netflix's Making A Murderer miss? The political story behind Steven Avery's saga has remained untold... ...until now."Possibly the most gripping political thriller you will be reading in 2017. 37 years experience on the news room floor and I've never witnessed what every journalist should be asking our Legislators about the possible corruption in our American Justice System. Keller's delivery is provocative and exposes a much needed change in Criminal Reform."

Mark Ebner was the first journalist to report on the Bill Cosby rape allegations. His reporting was stifled and suppressed by major media outlets. Source:https://www.spreaker.com/user/opperma...New York Times best selling author Mark Ebner is an award winning investigative journalist who has covered all aspects of celebrity and crime culture for Spy, Rolling Stone, Maxim, Details, Los Angeles, Premiere, Salon, Spin, Radar, Angeleno, The Daily Beast.com, Gawker.com, BoingBoing.net and New Times among other national and international and internet publications. He has repeatedly positioned himself in harm's way, conducting dozens of investigations into such subjects as Scientology, Pit Bull fighting in South Central Los Angeles, the Ku Klux Klan in Texas, celebrity stalkers, drug dealers, missing porn stars, sports groupies, mobsters, college suicides and Hepatitis C in Hollywood.Ebner has produced for and/or appeared as a journalist-commentator on NBC, ABC, CBS, MSNBC, A&E, The BBC, Channel 4 (UK), National Public Radio, Court TV, Fox News, FX, VH-1 and E! Entertainment Television. He has been a featured guest on The Daily Show with Jon Stewart, The Today Show, The Early Show, Inside Edition, The Dylan Ratigan Show, Tough Crowd with Colin Quinn, Fox & Friends, Catherine Crier Live, and a host of other television and radio programs in the US, Canada, the United Kingdom and Asia.

In August of 2018, in a wealthy Denver suburb, a shocked and horrified nation learned that Christopher Lee Watts had murdered his pregnant wife, their two little girls and their unborn son.But shock was soon replaced by puzzlement. Why?And the surprising answer is that a standard Anadarko Petroleum employee policy led, unintentionally of course, to the murders.By early 2018, the Watts family finances were beyond dire again after a recent shattering bankruptcy, then Chris Watts’ employer, Anardarko Petroleum, offered him a life insurance policy on the lives of his wife, Shan’ann, and his very young daughters, Bella and CeCe, for a total of $450,000.Wouldn’t that get him out of a spot?After that, Shan’ann’s days were numbered, preferably via a perceived oxycontin overdose.Well, Chris Watts tried that twice and failed. Then he decided to go for the jackpot. Shan’ann would ‘murder’ the girls, and would then disappear. Nobody was going to find her body in the Cervi 19 oil storage tanks. He would collect on the girls immediately and then get the rest when Shan’ann was legally declared dead.It was an excellent plan, to be carried out by a complete moron.On the night of Sunday August 12, 2018, two things went catastrophically wrong, leaving Chris Watts to dispose of three bodies, not one, and facing a nail-biting time crunch.Then a friend of Shan’ann’s called in the cops on the morning of Monday August 13, and it was game over.But, for some, that’s when the party started.

The Inside Story of Columbine: Lies. Coverups. Ballistics. Lessons.

This is the behind the scenes story of the Columbine tragedy, from a year before the killings, telling the entire story up to today. This book covers many of the unknown details, the cover-ups, the lies, the secrets and the real life story of the family involved in Columbine. If you think you know the story of Columbine, you are wrong. This is the real story of the tragedy, from the point of view of the family at the center of the tragedy. This is a unique opportunity to read the true history of Columbine, from someone on the inside. This is not a book with an agenda. This is the truth. No matter how painful it is, this book is the truth. An invaluable chance to read the real history of one of the great tragedies of this Country.You will read about the coverup by the police, the lies and deception, the bullying, the reason for the killings, and about ballistics details that have never been released. All of this information is well documented, and taken from the investigative files. If you want to know what really happened at Columbine and in the ensuing years, this is the source.Read it and learn.The bonus chapter is about how to stop School Shootings. It is invaluable information.The final chapter discovers the reason behind the coverups and lies.This is the only source for that information.

Montgomery Blair Sibley is a former American lawyer who had his Florida Bar license suspended in 2008, and is best known for defending Deborah Palfrey, the "DC Madam", in 2007-2008.[1][2]Blair wrote a book about Palfrey, and his defense of her, entitled Why Just Her: The Judicial Lynching of the D.C. Madam, Deborah Jeane Palfrey.[2] Henry Vinson, author of Confessions of a D.C. Madam, wrote that Sibley "had to contend with the feds judicial chicanery and sleight of hand."[3]In 2008, The Florida Bar suspended Sibley's right to practice law in that state for three years.[4] Sibley was later determined to be a vexatious litigator.[5]In 2012, Sibley unsuccessfully sued President Barack Obama, alleging that he was not a natural-born citizen.[6][7]2016 Presidential ElectionIn 2016, Sibley, who claims to have Palfrey's phone records, unsuccessfully attempted to have her records unsealed.[8] Sibley claims the information they contain would be highly relevant to voters in the upcoming 2016 presidential election.[6][7]In February 2016, Sibley sued then-Chief Judge Richard W. Roberts, and his clerk, for failing to file his motion to lift the restraining order (gag order) that prevents Sibley from releasing her records.[9][10]Sibley then requested that the U.S. Supreme Court release him from the lower court's restraining order, stating: “To be clear, if Sibley is not allowed to file his Motion to Modify the Restraining Order and thereafter does not promptly receive a fair and impartial hearing on that Motion, he will justifiably consider the Restraining Order void as a result of being denied such a hearing by the District Court, the D.C. Circuit Court and now this Court.”[11][12]
See More
Comments (3)

al Sharpton is a hero. Who cares that he is a corrupt criminal that banks off other misery & exploits black. He likes busting them little white boy buns, ut he's black so he can do whatever he wants. Team America Fuk Yea

Eddie Ops knows all about them hookers & blow