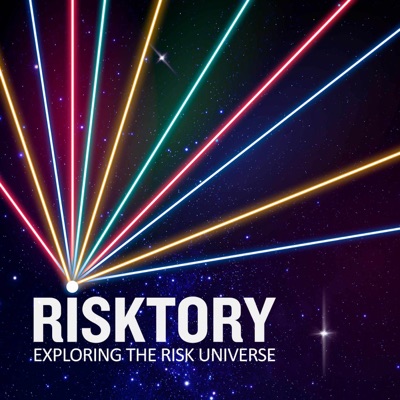 Risktory is a first of its kind podcast, dedicated to exploring the risk universe through the lens of history.

From Napoleon in his first Italian campaign, to the ancient city of Pompeii, to Jack the Ripper, risk has always had a place in helping humans to both guard against existential threat, but to also grasp and exploit exquisite opportunity.

New episodes are released every Monday, 6:30am, US Eastern Time.
236 Episodes
Reverse 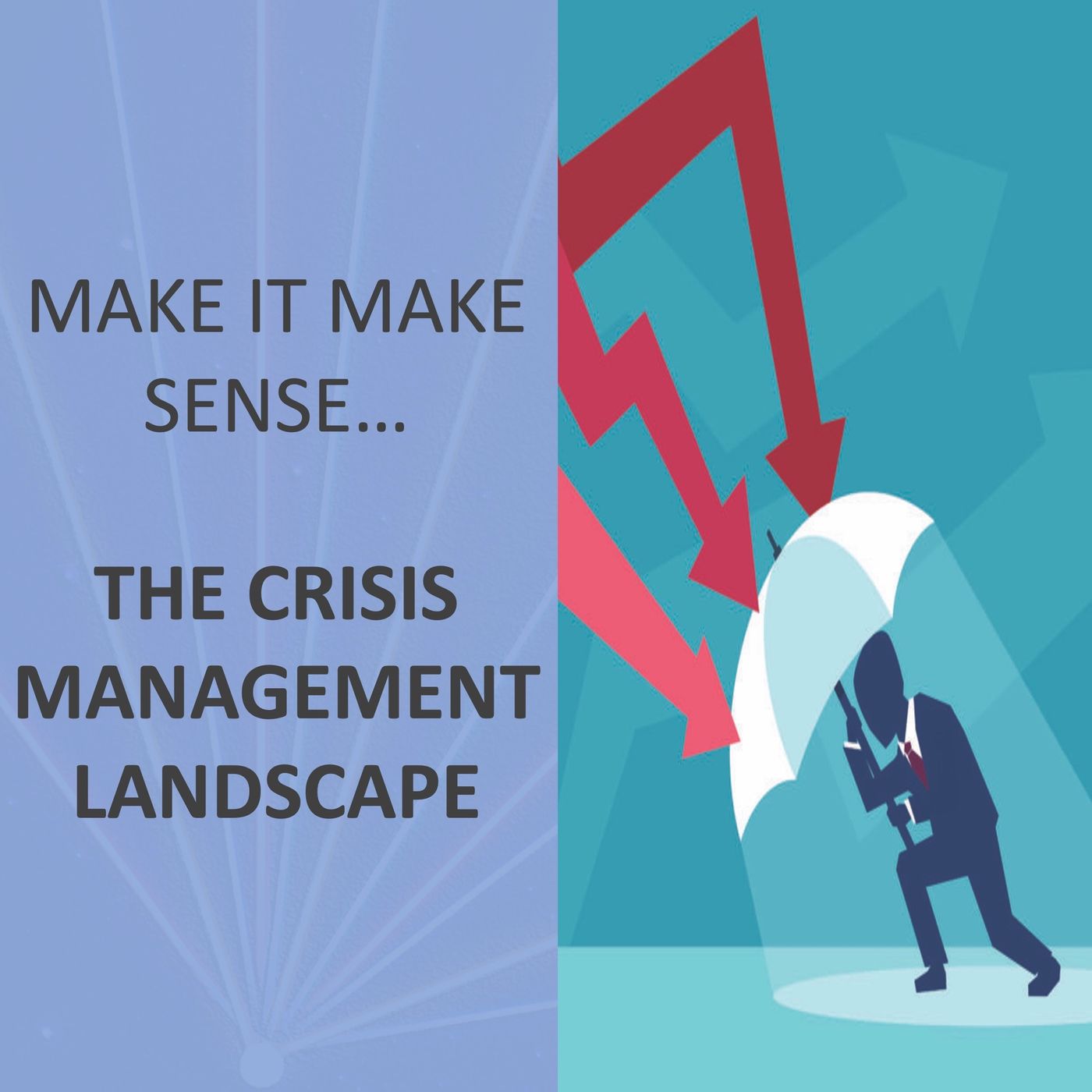 On this week’s episode, a listener request. Listener, Samantha, emailed me a few weeks ago asking if business continuity – as a discipline – as a product – as an output – is business continuity dead. And she asked this because, in her own organization, not one plan was invoked during COVID-19. In her mind, you’d think COVID19 – with its far reaching consequences – it would be the one event where you would invoke your continuity plan or plans en masse. And that did not happen in her organization.Samantha’s question got me thinking. And for the curious who want the answer straight away, no continuity plans are not dead, and I’ll explain why in a few minutes. Samantha’s question got me thinking about the crisis management landscape, and the impacts of COVID19 on that landscape. In this week’s episode, I look at what’s stayed the same. What has changed. What that means for all of us. The Risktory Podcast is created, written, hosted and produced by Jacinthe A Galpin.All rights reserved. 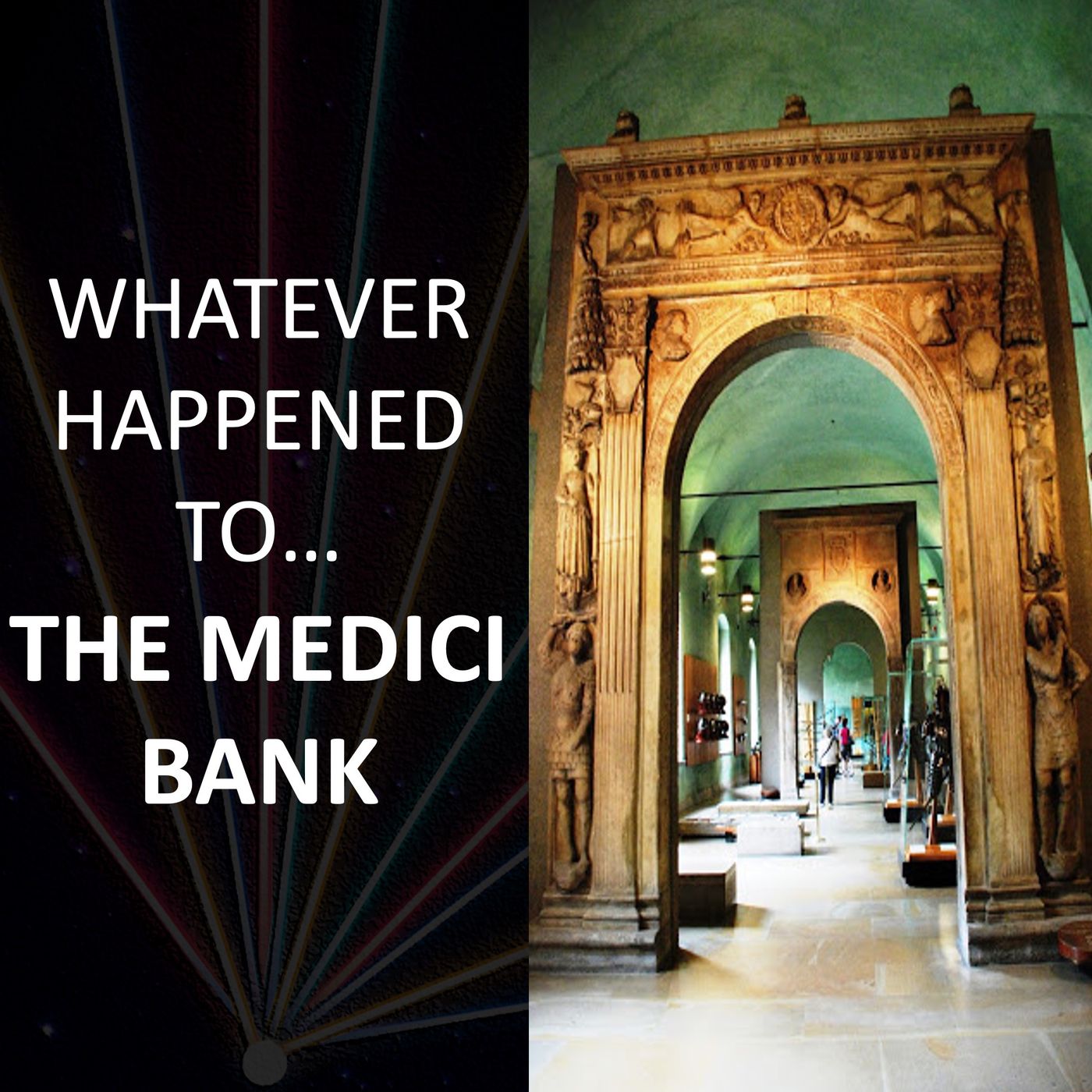 Whatever happened to... the Medici Bank

On today’s episode, Whatever Happened to… The Medici Bank.The Medici Bank was, at its height, a conglomerate behemoth. The largest and most respected financial institution in Europe. An innovator and disruptor, establishing banking and accounting protocols, that exist to this day.And then, in spectacular fashion, it collapsed. In a way so seminal that, even today, the collapse of the Medici Bank acts as a cautionary tale of what not to do. And not just because it was so impactful. But because the mistakes of the Medici Bank are mistakes we continue to see repeated in modern times.The lessons that history teaches us: sometimes they are harder to truly learn than we think. On today’s episode of The Risktory Podcast, I take you through the rise – and fall – of the Medici Bank. The Risktory Podcast is created, written, hosted and produced by Jacinthe A Galpin.All rights reserved.Bibligraphyhttps://en.wikipedia.org/wiki/Medici_Bank#Declinehttps://study.com/academy/lesson/the-house-of-medici-rise-and-fall-of-a-banking-family.htmlhttps://www.forbes.com/2008/10/30/medici-banks-meltdown-oped-cx_ms_1031simonetta.html?sh=4b9ce2f5129a 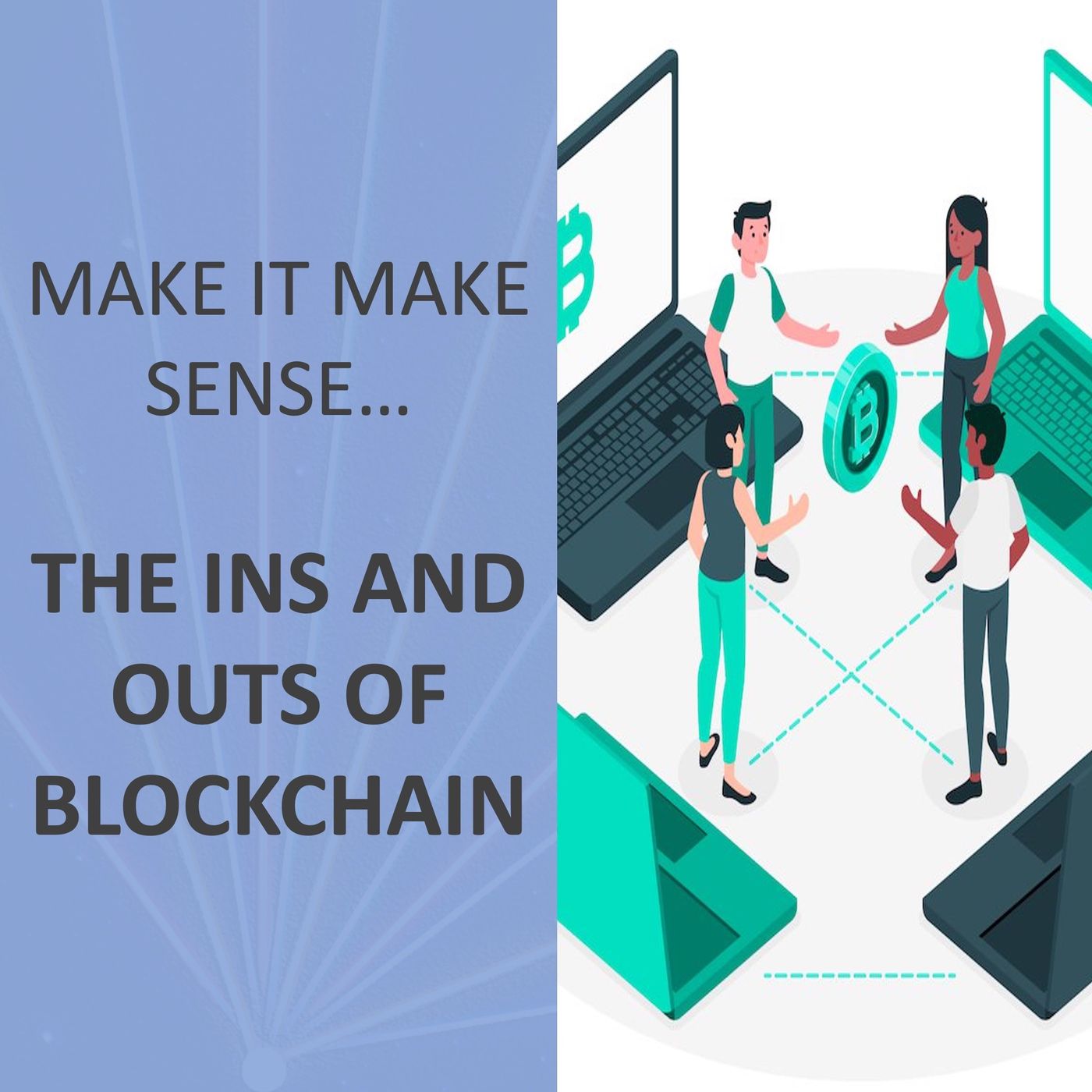 On today’s episode, one of the most requested episodes I get from Risktory listeners: blockchainFrom murky origins within the world of cryptocurrency, blockchain technology is emerging as a true game changing way of doing business. From supply chain to finance to entertainment, blockchain is no longer a technology that exists in the shadows. It is one of THE most innovative disruptive technology the world has seen in the last 20 years. On today’s episode of the Risktory Podcast, everything you ever wanted to know about blockchain. What it is. How it works. Pros. Cons. Its future.On today’s episode, I make it make sense.The Risktory Podcast is created, written, hosted and produced by Jacinthe A Galpin.All rights reserved.Related Episodehttps://www.spreaker.com/user/9534253/cryptocurrency-as-disruptive-riskVisual Guidehttps://1drv.ms/b/s!AmC567kRvlPO7SQst7GpbOvkp6ut 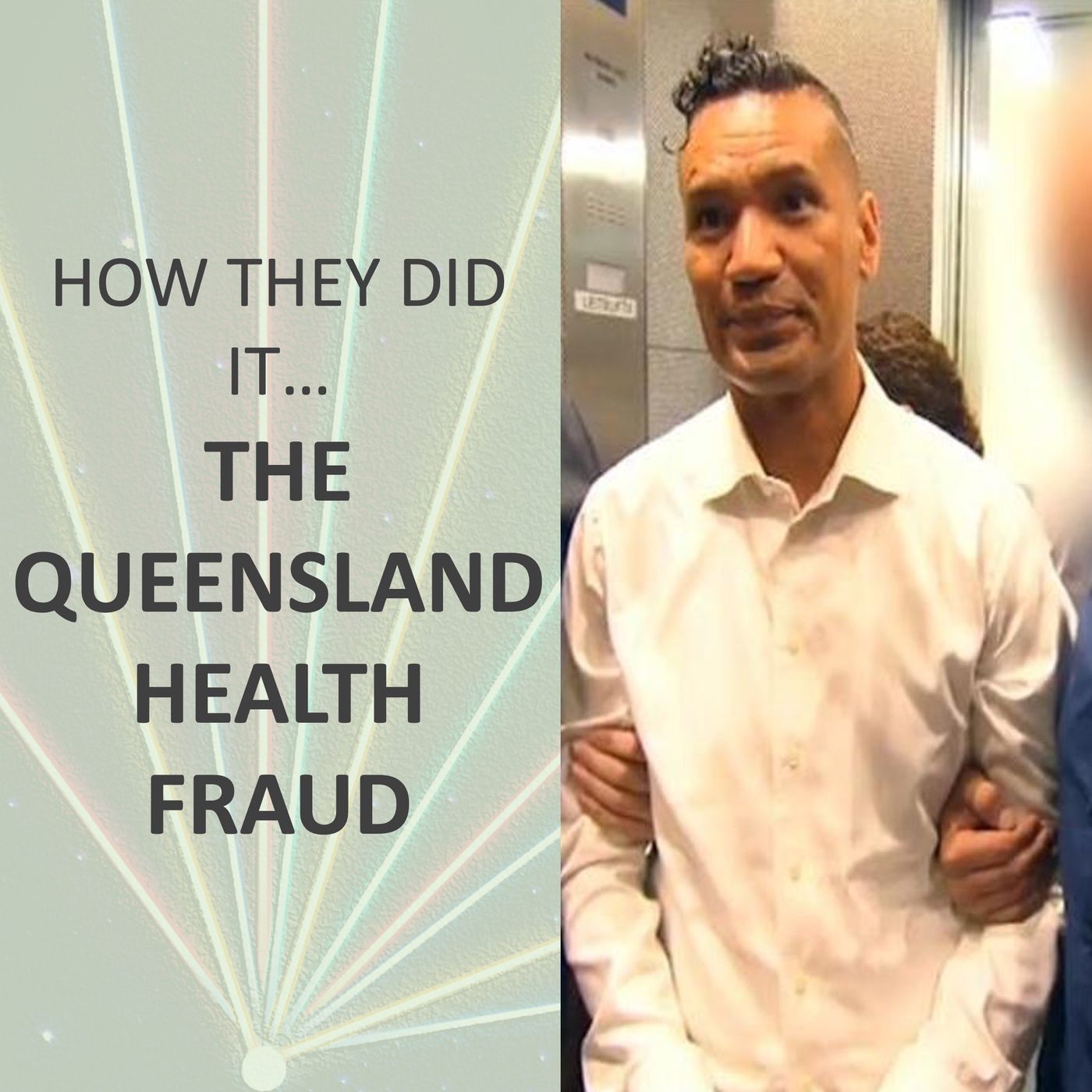 How they did it... Queensland Health Fraud

Coming up on today’s episode, the Queensland Health Fraud, starring quote/unquote, Tahitian Prince, Joel Barlow. A fraud that cost the Queensland taxpayer upwards of $16 million Australian dollars. I say upwards, because $16 million dollars is what Barlow stole. The costs associated with detecting and investigating the fraud, prosecuting Barlow, and reinforcing internal control environments to prevent a recurrence: this also totals in the millions.Barlow’s plan, as you will find out in this episode, was incredibly simple. So simple that it should have been detected the first time it was deployed. But it wasn’t. Indeed, Barlow was able to execute a total of 65 fraudulent transactions, using the same plan, over and over again before he was caught. And, it’s arguable that, the only reason he got caught wasn’t because the control environment finally woke up, but because Barlow himself got so cocky that his actions became impossible to ignore.In today’s episode of The Risktory Podcast, the often rollicking fraud tale of Queensland Health vs the alleged Tahitian Prince.The Risktory Podcast is created, written, hosted and produced by Jacinthe A Galpin.All rights reserved.Bibliographyhttps://www.ccc.qld.gov.au/publications/fraud-financial-management-and-accountability-queensland-public-sector-examination-how 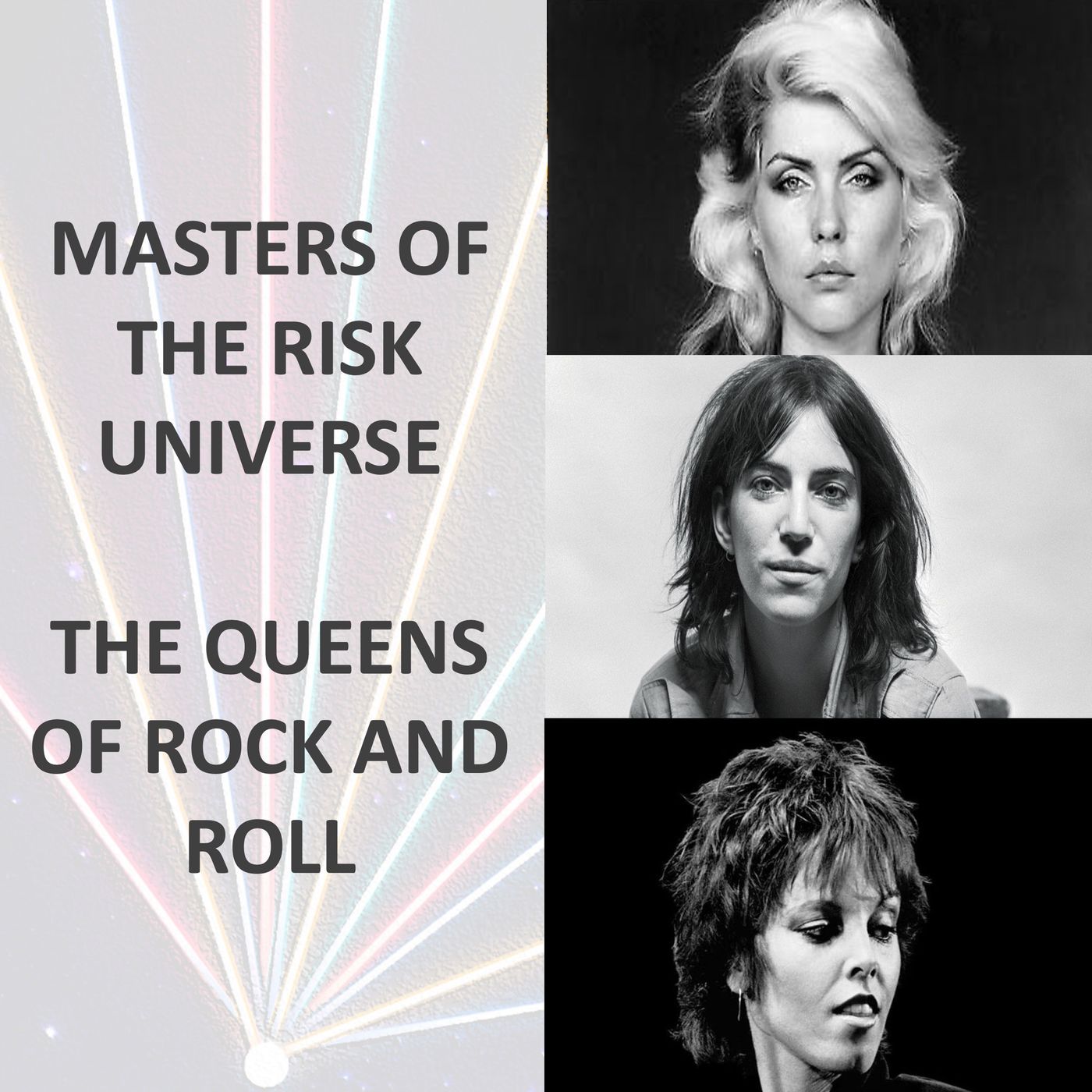 Masters of the Risk Universe... The Queens of Rock and Roll 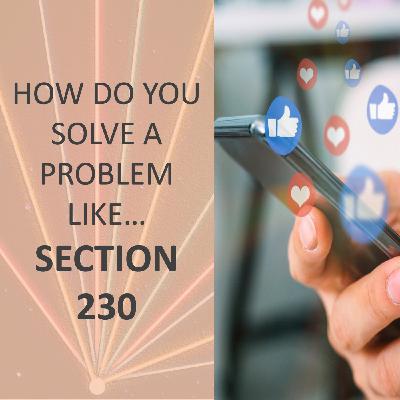 On today’s episode, how do you solve a problem like Section 230. Here in the US, Section 230 of the Communications Decency Act of 1996 has transitioned. From being seen as a necessary protection for – at the time - burgeoning tech companies. To a weapon now being wielded by, no longer burgeoning, but behemoth, tech companies to curate and – some say – weaponize – how information is disseminated.On today’s episode of the Risktory Podcast, I explore exactly what Section 230 is and what it was intended to achieve. I look at why it has become problematic for so many. And I speculate the risk road forward for this controversial piece of legislation. The Risktory Podcast is created, written, hosted and produced by Jacinthe A Galpin.All rights reserved.Bibliographyhttps://33charts.com/joe-biden-section-230-communication/https://www.foxbusiness.com/technology/twitter-jack-dorsey-section-230-senate-commerce-hearing-testimonyhttps://www.cnbc.com/2020/05/28/what-is-section-230.html 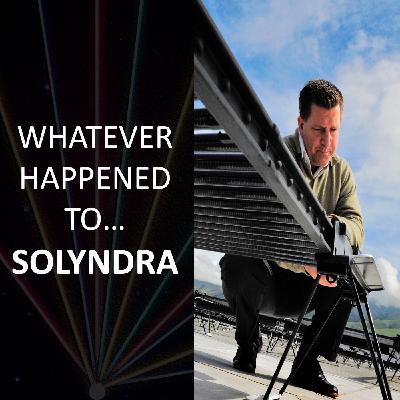 Whatever Happened To.... Solyndra

There’s an old saying of history always repeating. And never has that been more true than in the story of Solyndra. The solar power would be unicorn that received a half a billion dollar loan guarantee from the US Government.Solyndra was supposed to change the world. And it did. Just maybe not in the way it was expected. With the unicorn shuffling off the mythical coil after just six years. Solyndra – and its collapse – is a reminder that, when we don’t learn from the mistakes from the past, the risk – and history - gods have no problem stepping up to give us a – sometimes brutal - refresher.All rights reserved.BibliographyComing Soon. 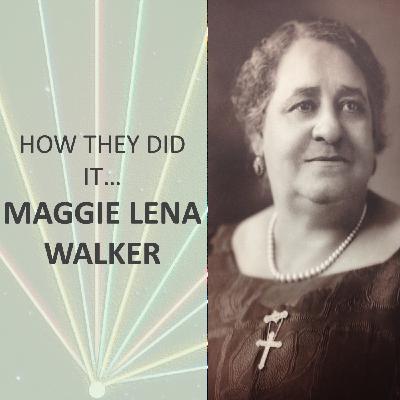 How they did it... Maggie Lena Walker

February is Black History Month and, so, today, I am bringing you the story of Maggie Lena Walker, the first African-American female to charter a bank, and serve as its President, in the US.History often shows us that the best way to challenge that which is unfair, is to master - and subsequently transform - the institutions that define our daily lives. And that’s precisely what Walker did, all in the name of bettering the daily reality of African-Americans living in the reconstructionist era, post the end of the American Civil War. Walker’s story is one of recognizing that risk is a long game, and that real change – sustainable, life altering – change. It takes patience, time, resilience and courage.The Risktory Podcast is created, hosted and produced by Jacinthe A Galpin.All rights reserved.Bibliographyhttps://en.wikipedia.org/wiki/Maggie_L._Walkerhttps://www.biography.com/scholar/maggie-lena-walkerhttps://www.encyclopediavirginia.org/Maggie_Lena_Walker_1864-1934#start_entryhttps://www.thoughtco.com/maggie-lena-walker-biography-3528602https://www.pbs.org/wnet/americanmasters/civil-right-activist-maggie-lena-walker-75lx9t/13814/https://www.blackenterprise.com/maggie-lena-walker-made-history-as-the-first-woman-to-own-a-bank-in-the-united-states/ 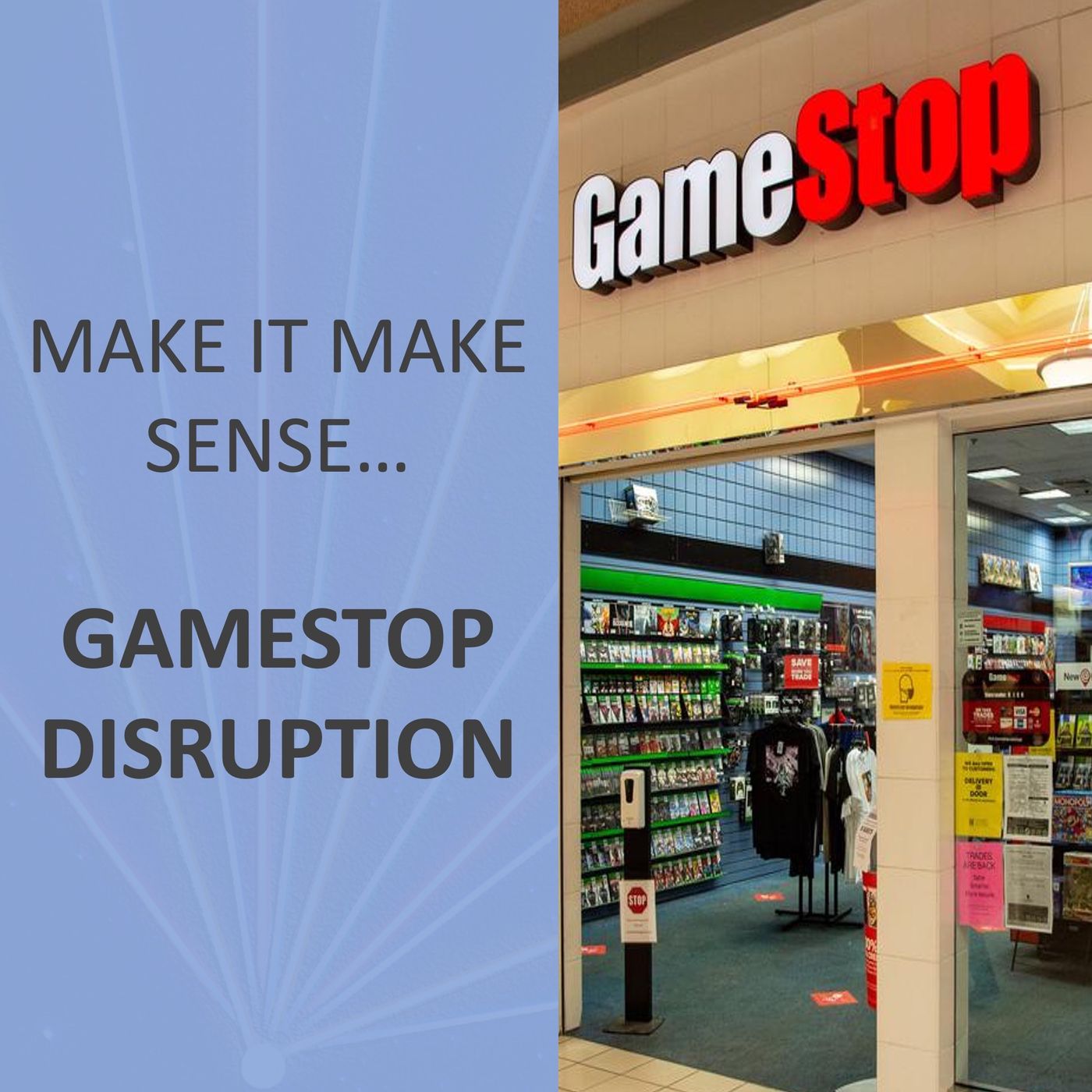 I wasn’t going to do another Make it Make Sense Episode for a few weeks but then… GameStop happened. Real time disruption – on this scale in terms of impact – is incredibly rare and, so, on this week’s episode. I unpack the GameStop crisis that is currently unfolding. How it happened. Why it happened. And what I think will happen next. The Risktory Podcast is created, hosted and produced by Jacinthe A Galpin.All rights reserved.Bibliographyhttps://www.polygon.com/2021/1/27/22252600/gamestop-stock-gme-why-whats-happening-explainhttps://www.polygon.com/2021/1/22/22245048/gamestop-stock-price-record-short-selling-squeeze-bubble-explainerhttps://www.reuters.com/article/us-gamestop-hot-timeline-idUSKBN29W237https://www.nbcnews.com/think/opinion/redditors-took-hedge-funds-over-gamestop-amc-theatres-stock-won-ncna1255919https://www.reuters.com/article/us-gamestop-melvin-idUSKBN29X0EN 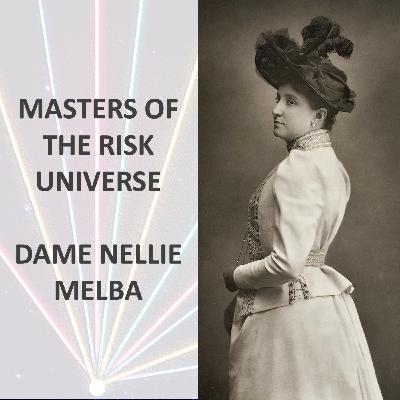 Dame Nellie Melba was the Beyonce of her time. She could not only float a tune. She transformed opera, forcing the space to evolve and, in turn, embrace the new and the innovative. Without Melba, we might not know and/or appreciate the genius of Puccini’s La Boheme. Dame Nellie Melba was a relentless opportunity hunter. When doors closed, she opened all the windows.The Risktory Podcast is created, hosted and produced by Jacinthe A Galpin.All rights reserved.Bibliographyhttps://en.wikipedia.org/wiki/Nellie_Melba#Teacher_and_patronhttps://www.thefamouspeople.com/profiles/nellie-melba-7171.phphttps://adb.anu.edu.au/biography/melba-dame-nellie-7551https://www.nelliemelbamuseum.com.au/home.htm 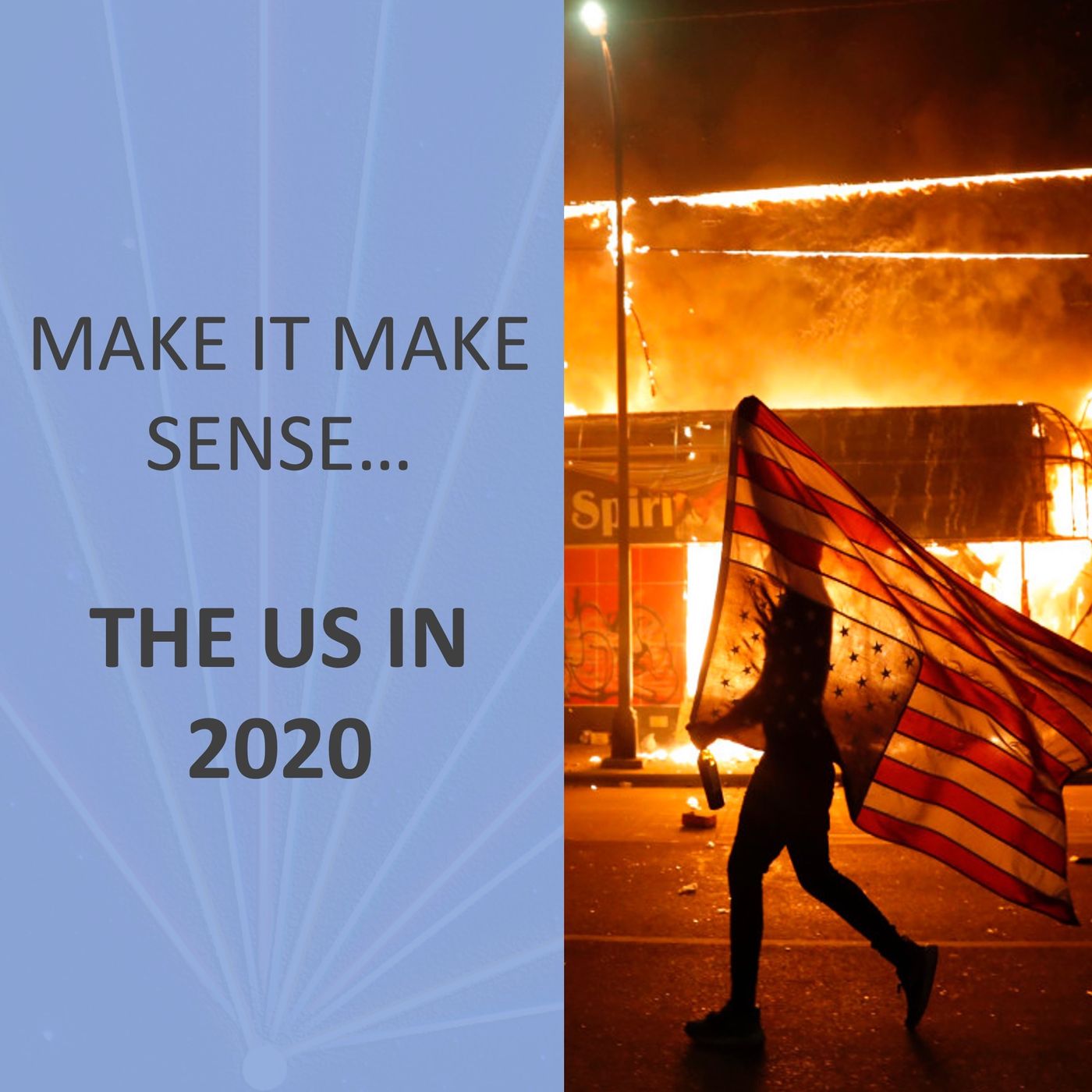 On the inaugural Make it Make Sense episode (stay tuned to the end of the episode for more details about this new series on the podcast). On this inaugural episode, what happened to the US in 2020.2020 will go down as one of the most volatile, unsettling and devastating in US history. The impeachment of President Donald Trump. COVID-19. The deaths of Breonna Taylor and George Floyd which led to widespread civil unrest across the country. A bitterly fought Presidential Election. In this episode, I will present my risk-based hypothesis on what is happening in the US. Why it may continue. And how the US will prevail. Because she will prevail. Caveat: this is not an episode about politics. I have zero allegiance to any political party. I am a John Locke inspired Classic Liberal: neither the Democrats or Republicans possess platforms, at a holistic level, that I support. I am politically agnostic. The Risktory Podcast is created, hosted and produced by Jacinthe A Galpin.All rights reserved. 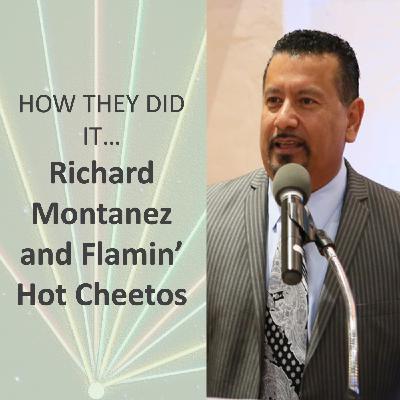 How they did it... Richard Montanez and Flamin' Hot Cheetos

Coming up on the first episode of 2021, a story to make you feel good. Lord knows, we need something uplifting, particularly in the US.Today, I am bringing you the story of Richard Montanez, and the invention of Flamin’ Hot Cheetos. I often talk about opportunity, and the need to be able to both identify and spot it, but I don’t always talk about the bootstrapping that naturally accompanies opportunity.The story of Richard Montanez is what happens when you have the ability to spot opportunity, and the discipline to see it through.The Risktory Podcast is created, hosted and produced by Jacinthe A Galpin.All rights reserved.Bibliographyhttps://www.nbcnews.com/news/latino/story-behind-flamin-hot-cheetos-creator-great-eva-longoria-making-n1047171https://www.newsweek.com/flamin-hot-cheeto-movie-true-story-creator-richard-montanez-1456377https://en.wikipedia.org/wiki/Richard_Monta%C3%B1ez#cite_note-aviles-1https://www.cnbc.com/2018/03/27/a-janitor-invented-flamin-hot-cheetos-and-became-a-pepsico-exec.htmlhttps://www.inc.com/cynthia-than/the-mexican-janitor-who-invented-flamin-hot-cheetos.htmlhttps://medium.com/swlh/four-words-that-changed-the-fate-of-a-janitor-961009ec7f0f 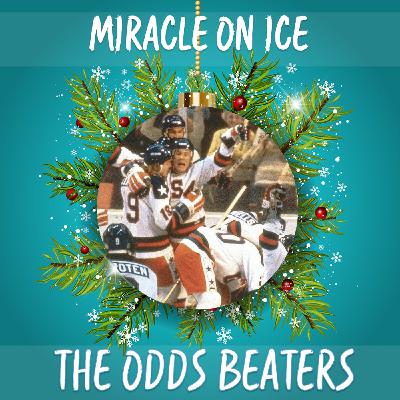 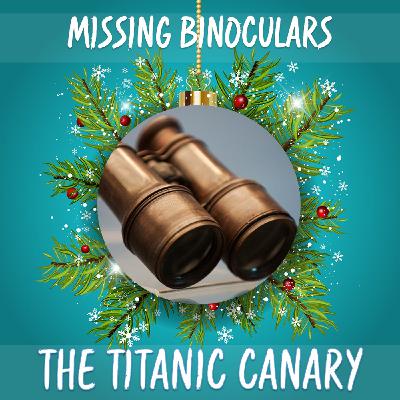 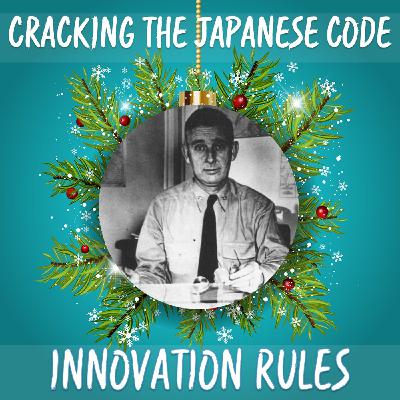 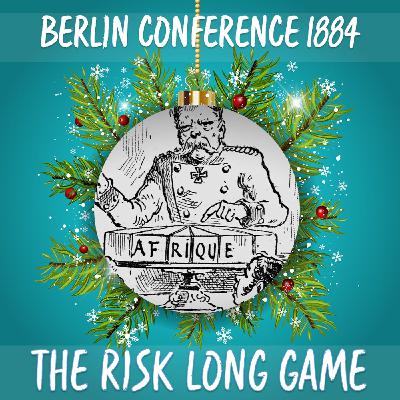 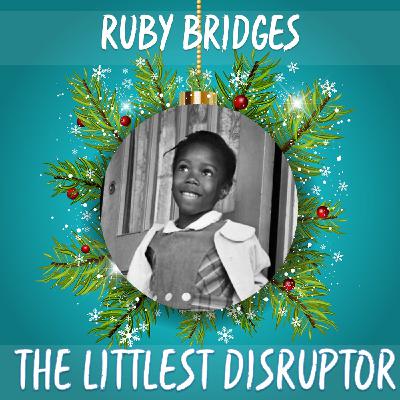 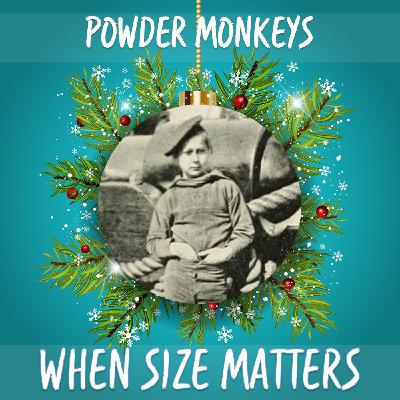 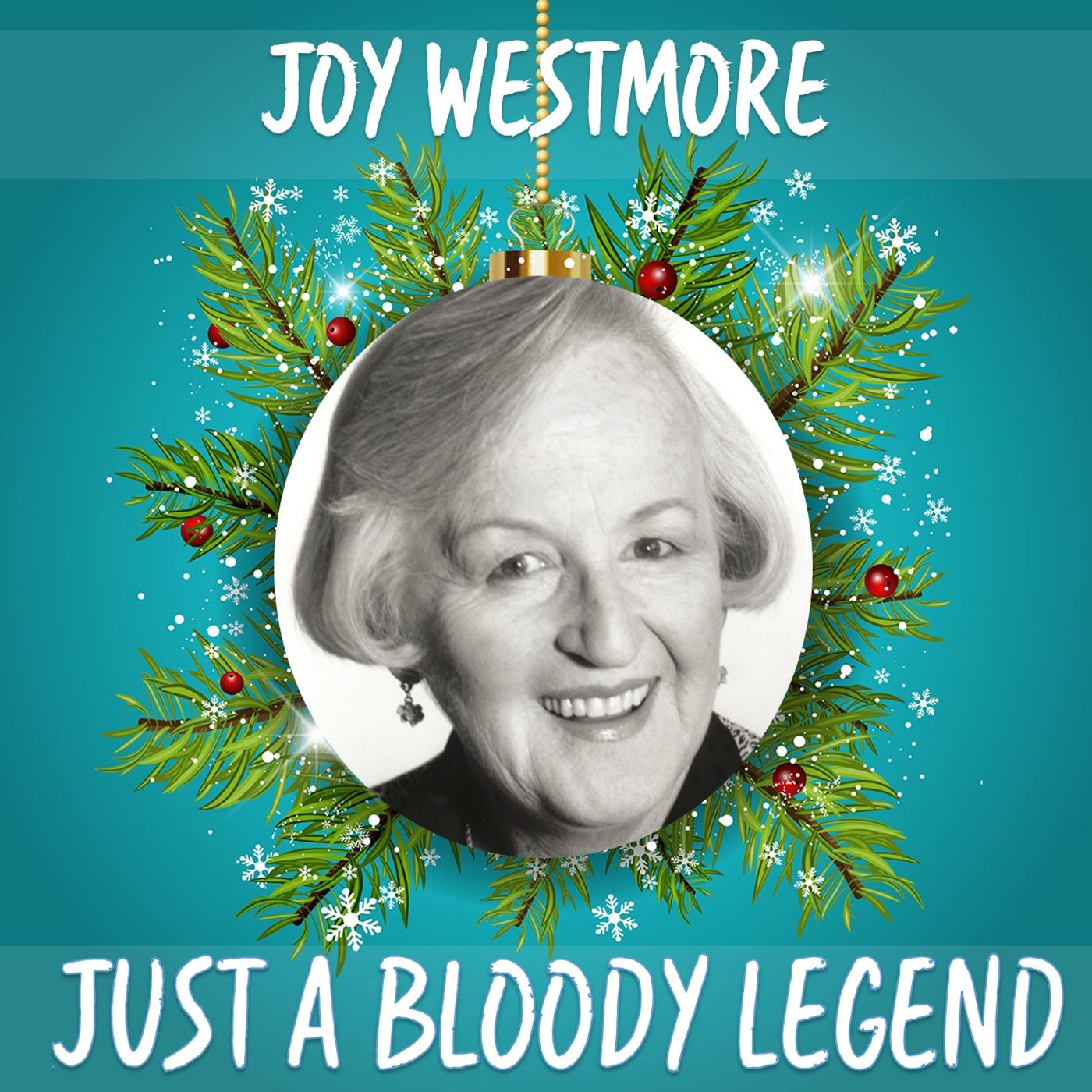 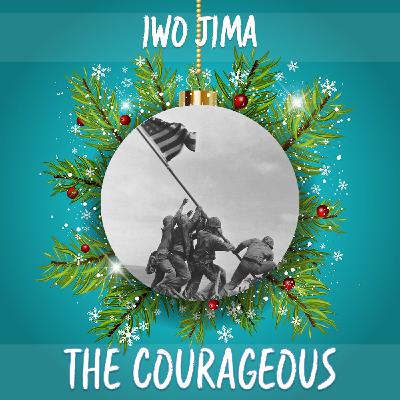