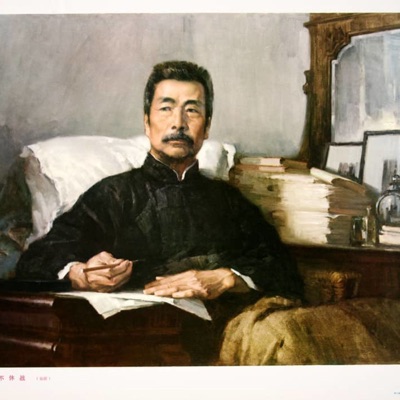 In this podcast, Matthew Rothwell, author of Transpacific Revolutionaries: The Chinese Revolution in Latin America, explores the global history of ideas related to rebellion and revolution. The main focus of this podcast for the near future will be on the history of the Chinese Revolution, going all the way back to its roots in the initial Chinese reactions to British imperialism during the Opium War of 1839-1842, and then following the development of the revolution and many of the ideas that were products of the revolution through to their transnational diffusion in the late 20th century.
26 Episodes
Reverse 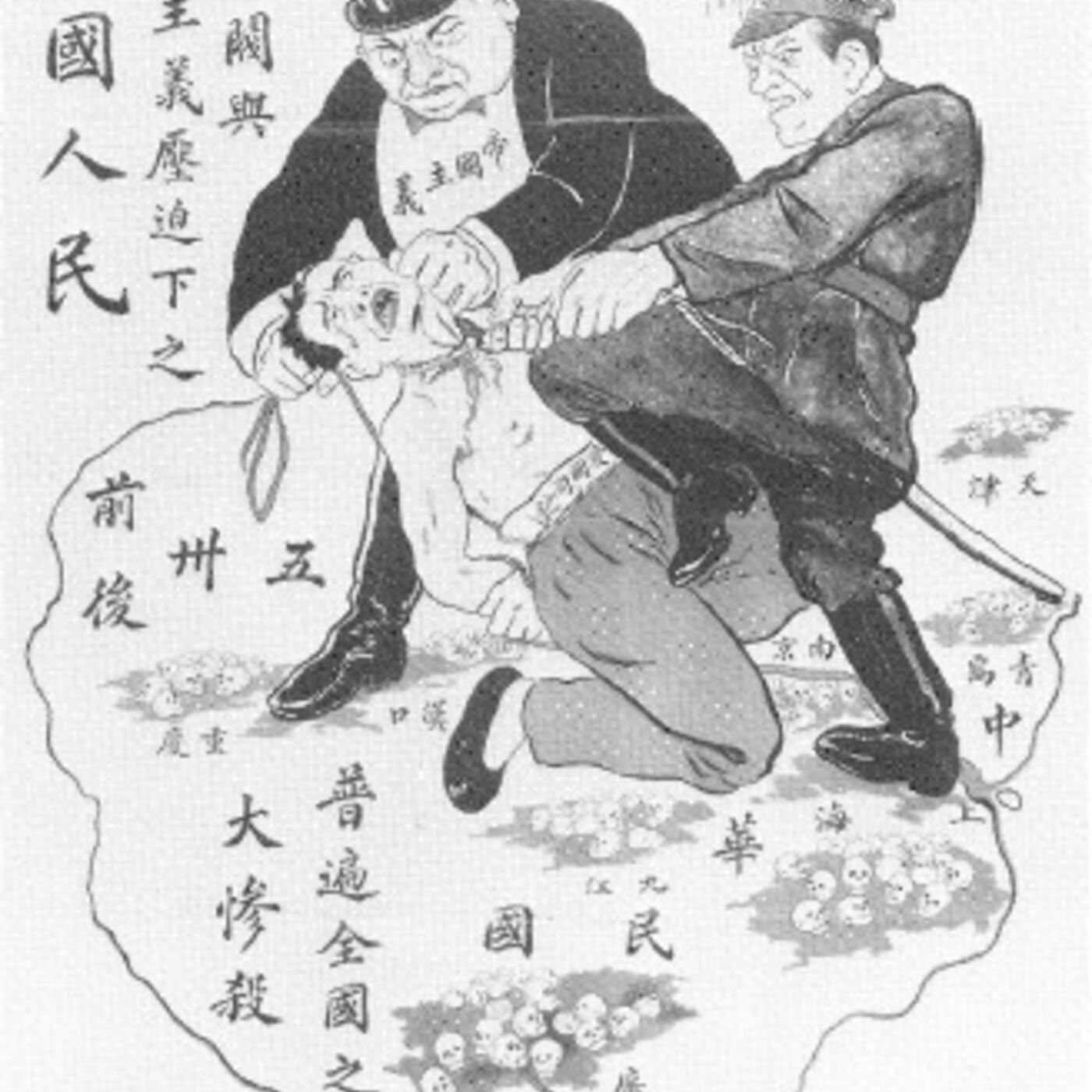 The May 30 Movement: The Chinese People’s Uprising Against the British and Japanese in 1925

Workers, students and merchants in Shanghai take on the British authorities of the International Settlement and Japanese mill owners after protesters are massacred.Further Reading:Steve Smith, A Road Is Made: Communism in Shanghai, 1920-1927Some names from this episode:Li Lisan, Communist leader of the Shanghai General Labor UnionZhang Xueliang, son of Zhang Zuolin, occupied Shanghai’s Chinese cityZhang Zuolin, northern warlordGregory Voitinsky, Comintern representative in China in 1925Liu Shaoqi, Communist leader just below Li Lisan in the Shanghai General Labor UnionLiu Hua, Union activist executed for leading role in May 30 Movement 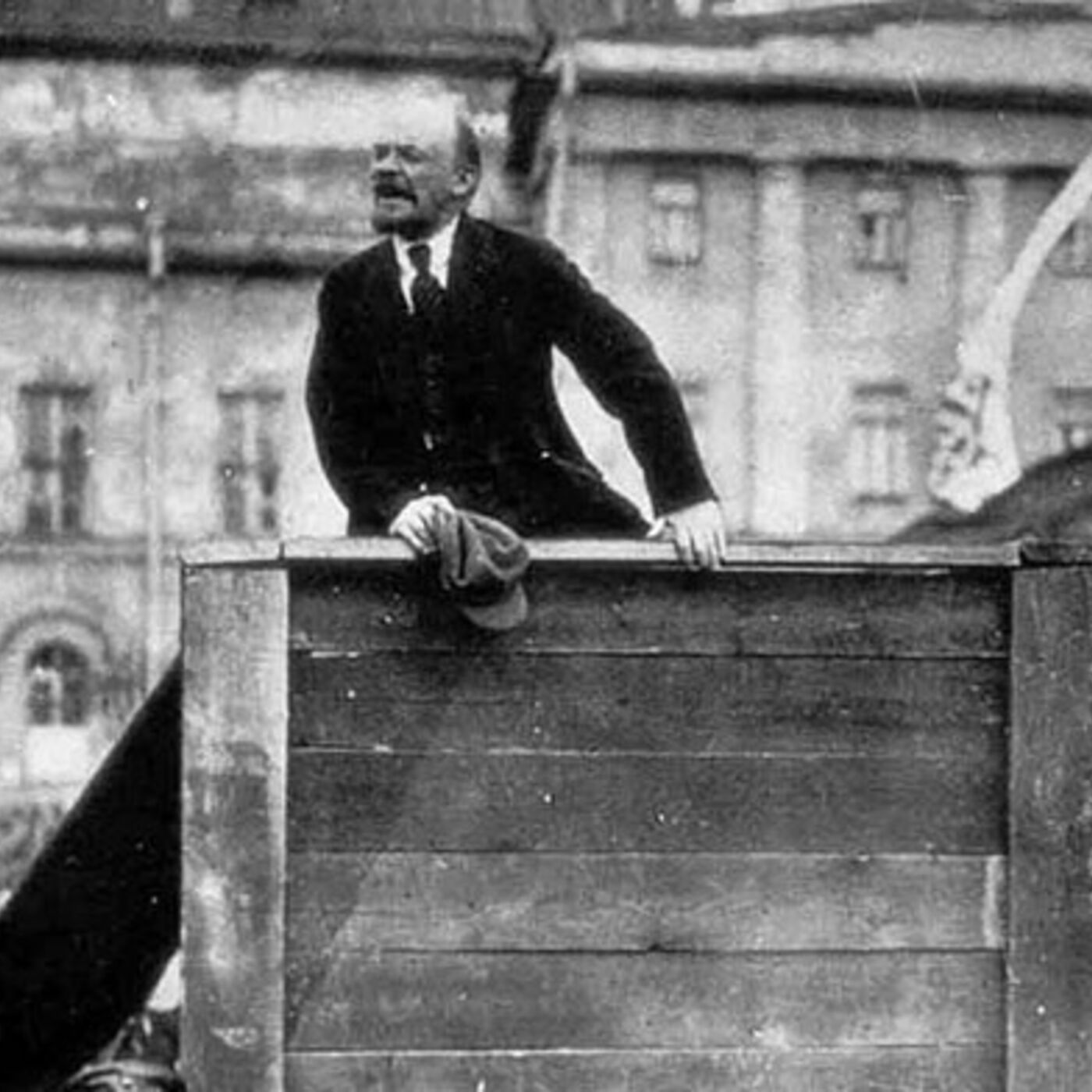 In response to a listener request, we consider the situation in the United States today in light of historical thinking on the question of revolutionary situations.Further reading:Lenin, The Collapse of the Second International (chapter two)Lenin, Letters from AfarLenin, “Marxism and Insurrection” 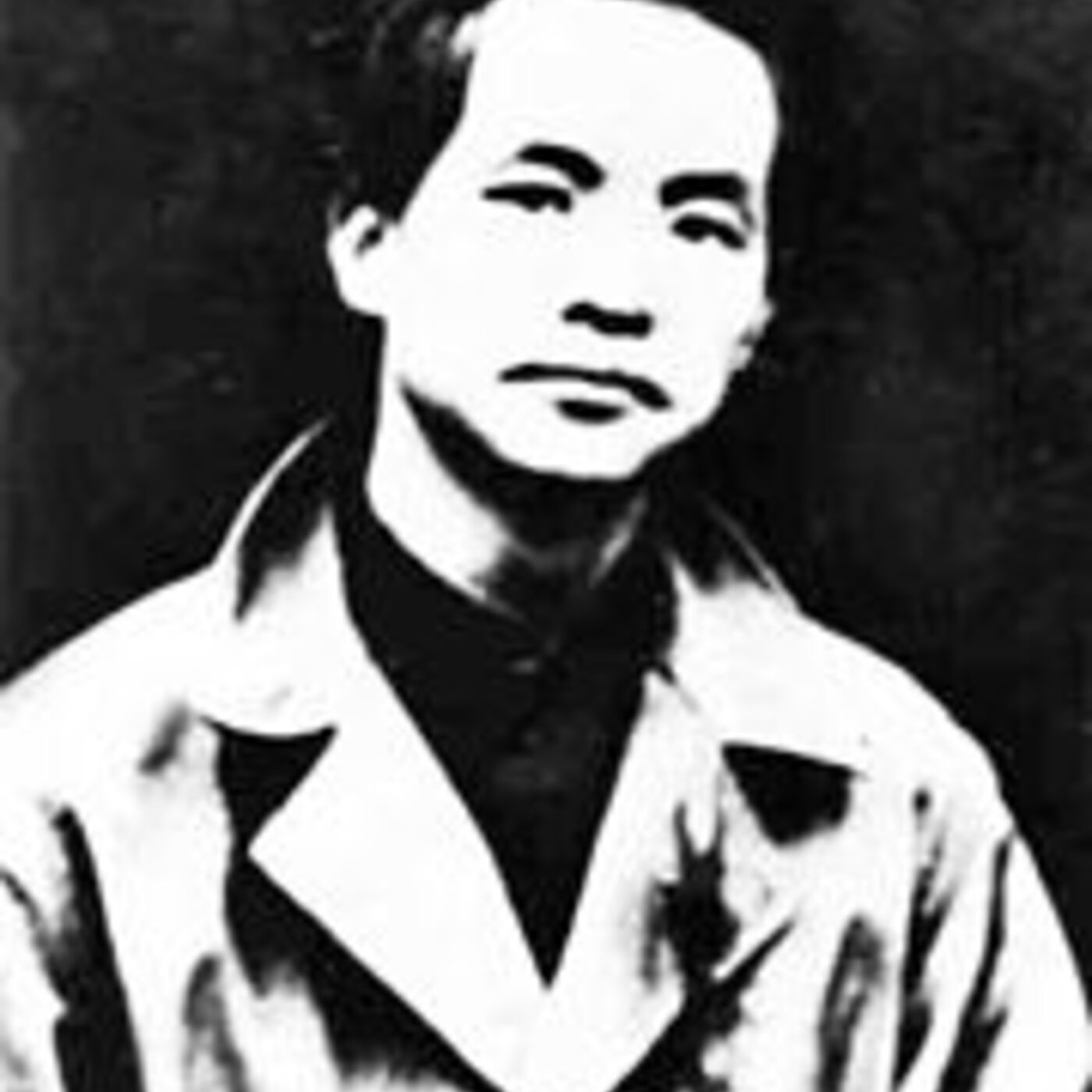 Back to the Labor Front!: The Japanese Mills Strike of 1925 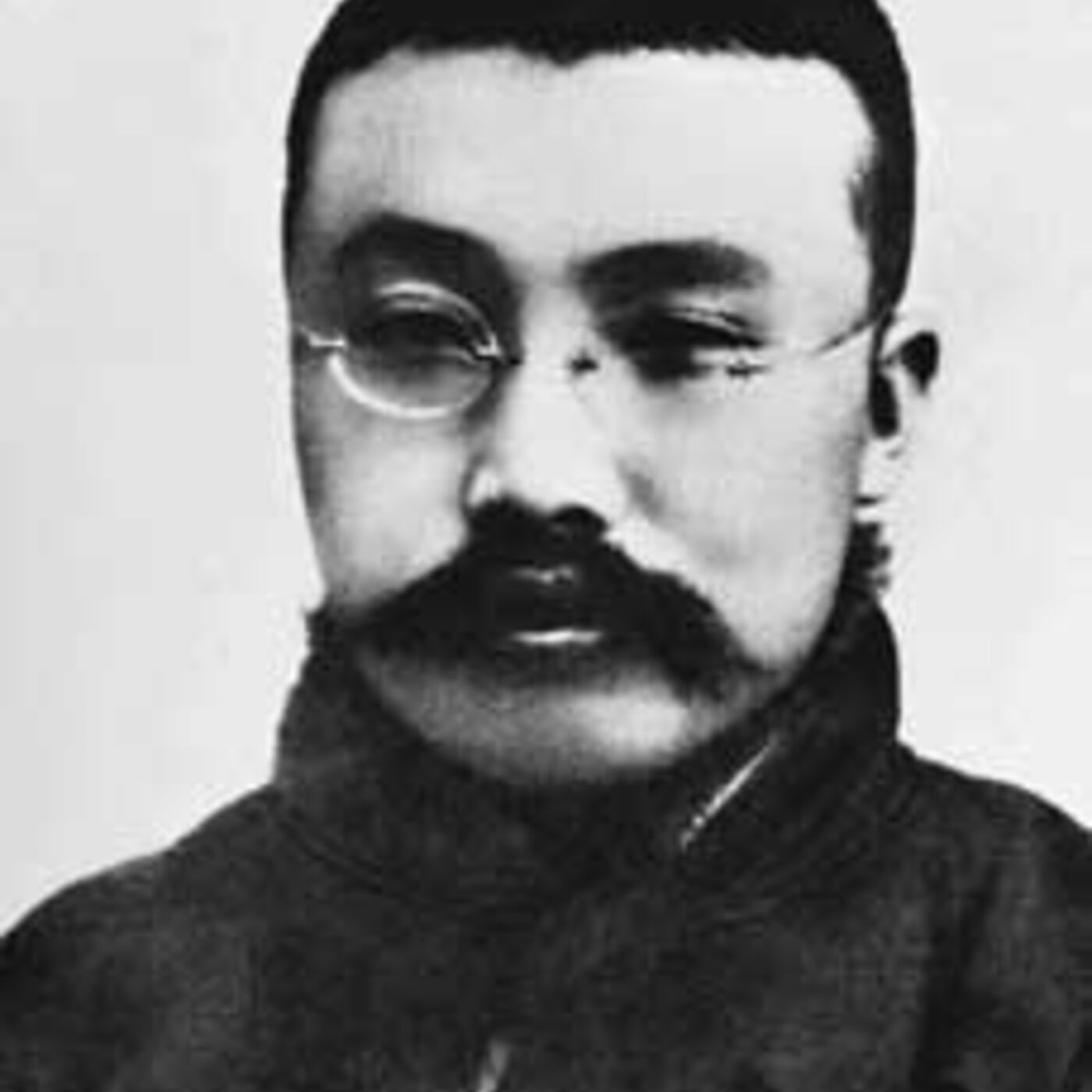 The Proletarian Nation vs. The Theory of the Productive Forces

The thinking of Chinese Communism’s two founders, Li Dazhao and Chen Duxiu, diverges as revolutionary experience is gained.Further Reading:Maurice Meisner, Li Ta-Chao and the Origins of Chinese MarxismSome names from this episode:Li Dazhao, Co-founder of the Communist Party, often credited as China’s first MarxistChen Duxiu, Co-founder and first general secretary of the Communist PartyZhang Guotao, Communist leader and opponent of ‘united front from within’ with Guomindang 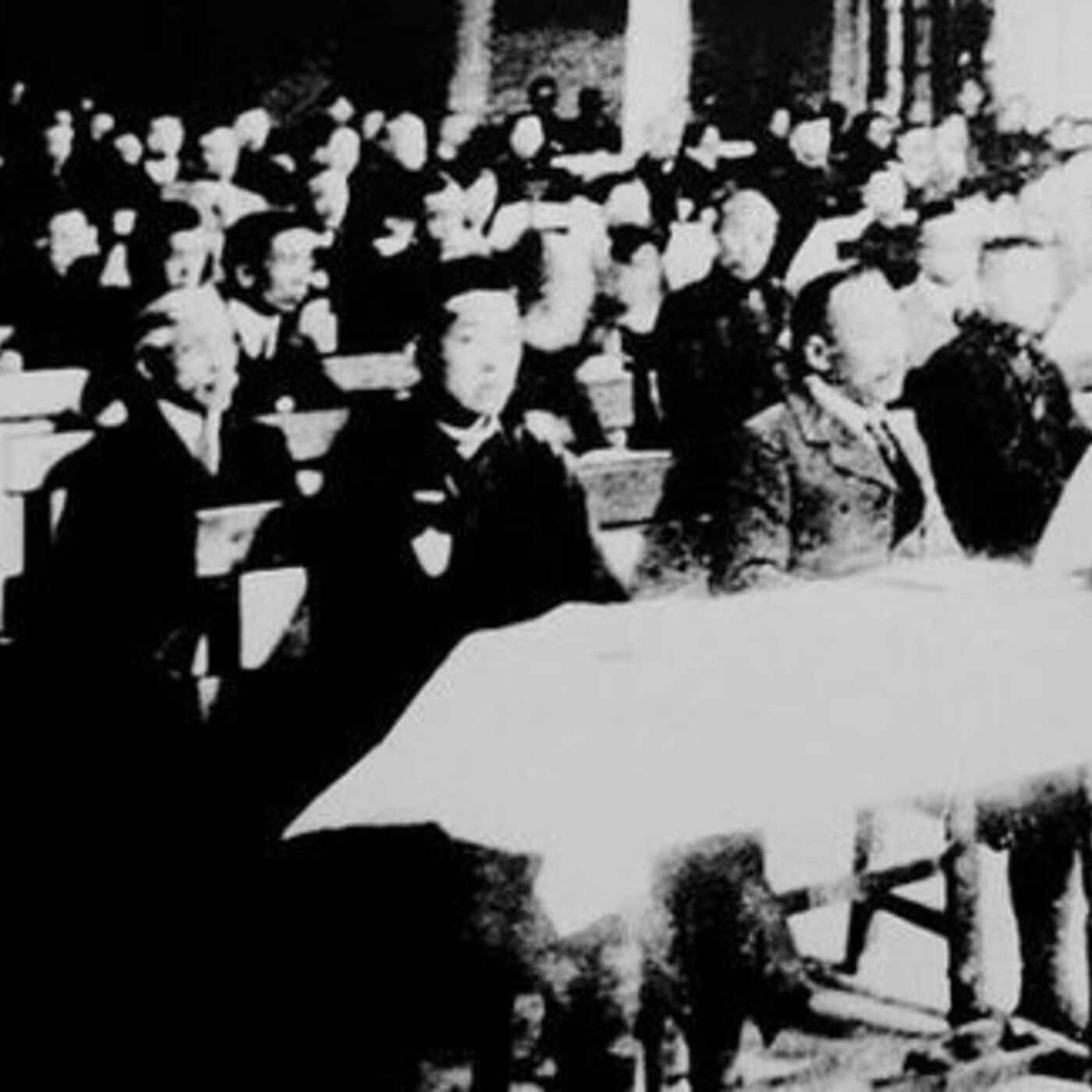 As both the Guomindang and the Communist Party benefit from their collaboration, tensions build.Further reading:Tony Saich, The Origins of the First United Front in ChinaSteve Smith, A Road Is Made: Communism in Shanghai, 1920-1927Alexander Pantsov, The Bolsheviks and the Chinese Revolution, 1919-1927C. Martin Wilbur and Julie Lien-ying How, Missionaries of Revolution: Soviet Advisers and Nationalist China, 1920-1927Arif Dirlik, “Mass Movements and the Left Kuomintang”Some names from this episode:Sun Zhongshan/Sun Yatsen, leader of the GuomindangMikhail Borodin, Comintern agent and head of Soviet mission to aid the GuomindangChen Jiongming, Southern warlord, ally and then enemy of Sun YatsenChiang Kai-shek, Japan-trained military officer, close confidant of Sun YatsenLev Karakhan, Soviet ambassador to China beginning in 1923Gregory Chicherin, Soviet People’s Commissar for Foreign AffairsChen Duxiu, General Secretary of the Communist Party 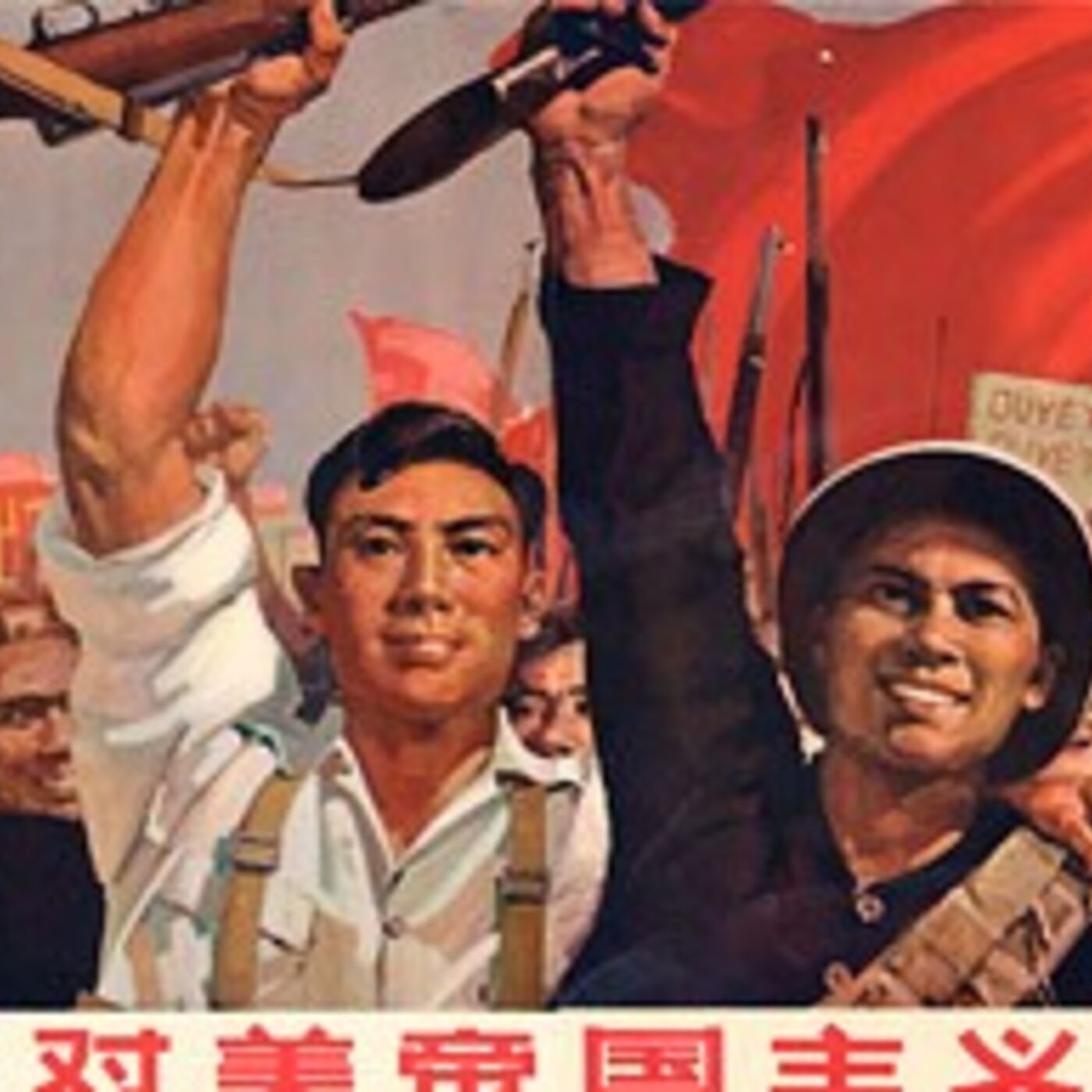 The Road Is Tortuous: The Chinese Revolution and the End of the Global Sixties

A podcast version of a recently published article which argues that the rightward turn of Chinese politics in the 1970s was a key contributing factor in ending the revolutionary era of the long and global 1960s and ushering in the neoliberal age of reaction which followed.The article can be read on the podcast website. 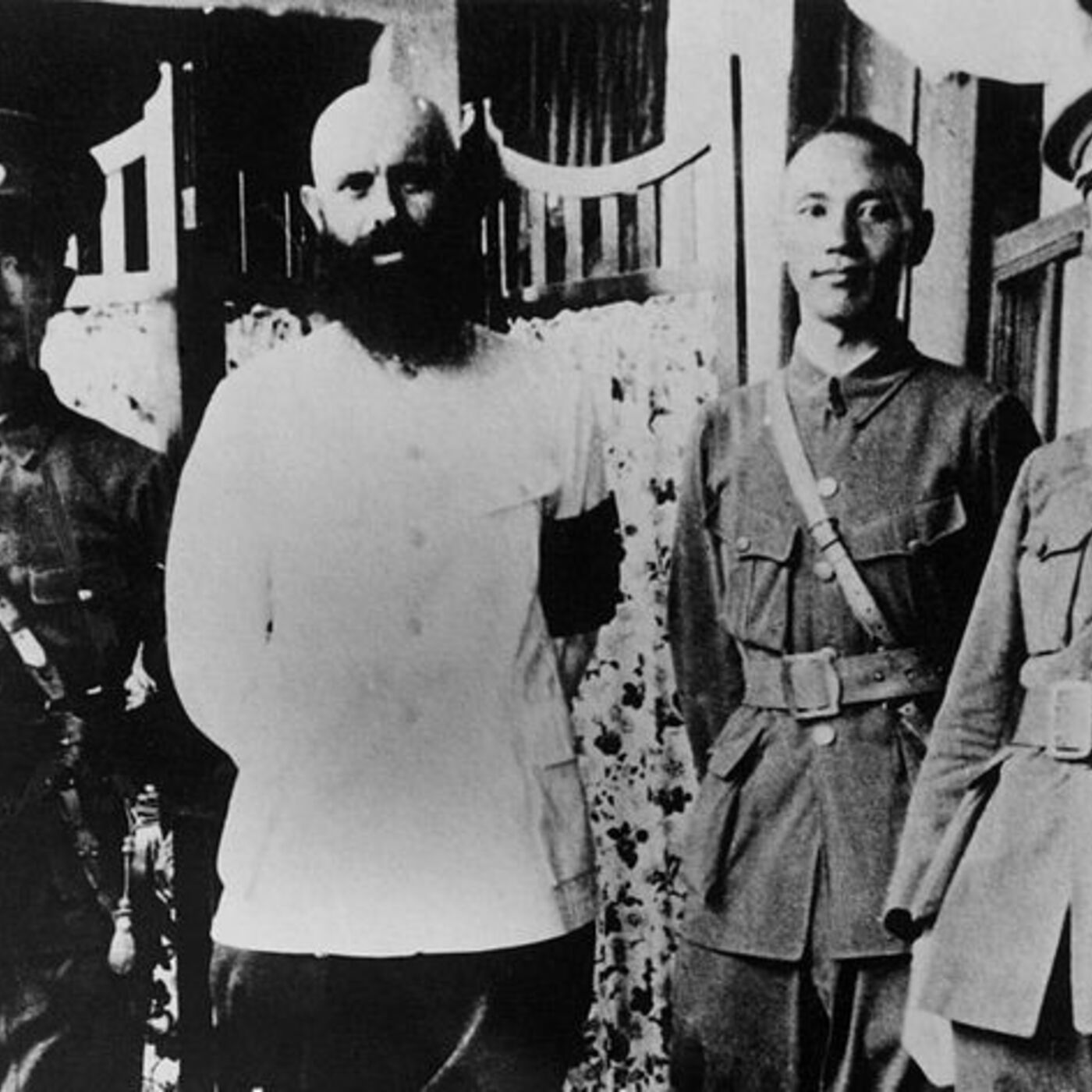 The Loneliest United Front: The Chinese Communist Party in 1923

The Communist Party of China tries to find a way to implement the united front with the Guomindang in 1923, but ultimately has to wait for the Soviet-Guomindang alliance to mature.Further reading:Tony Saich, The Origins of the First United Front in ChinaStuart Schram, ed., Mao’s Road to Power, vol. 2Some names from this episode: Sun Zhongshan/Sun Yatsen, leader of the GuomindangWang Jingwei, leader of Guomindang left-wing, later president of Japanese puppet state in ChinaCao Kun, northern warlord who controlled BeijingLi Yuanhong, president of China from 1922-1923Zhang Guotao, communist leader and opponent of ‘united front from within’ with GuomindangHenk Sneevliet, alias Maring, Dutch Communist and Comintern leader in China from 1921-1923Chiang Kai-shek, Japan-trained military officer, close confidant of Sun YatsenMikhail Borodin, Comintern agent and head of Soviet mission to aid the Guomindang 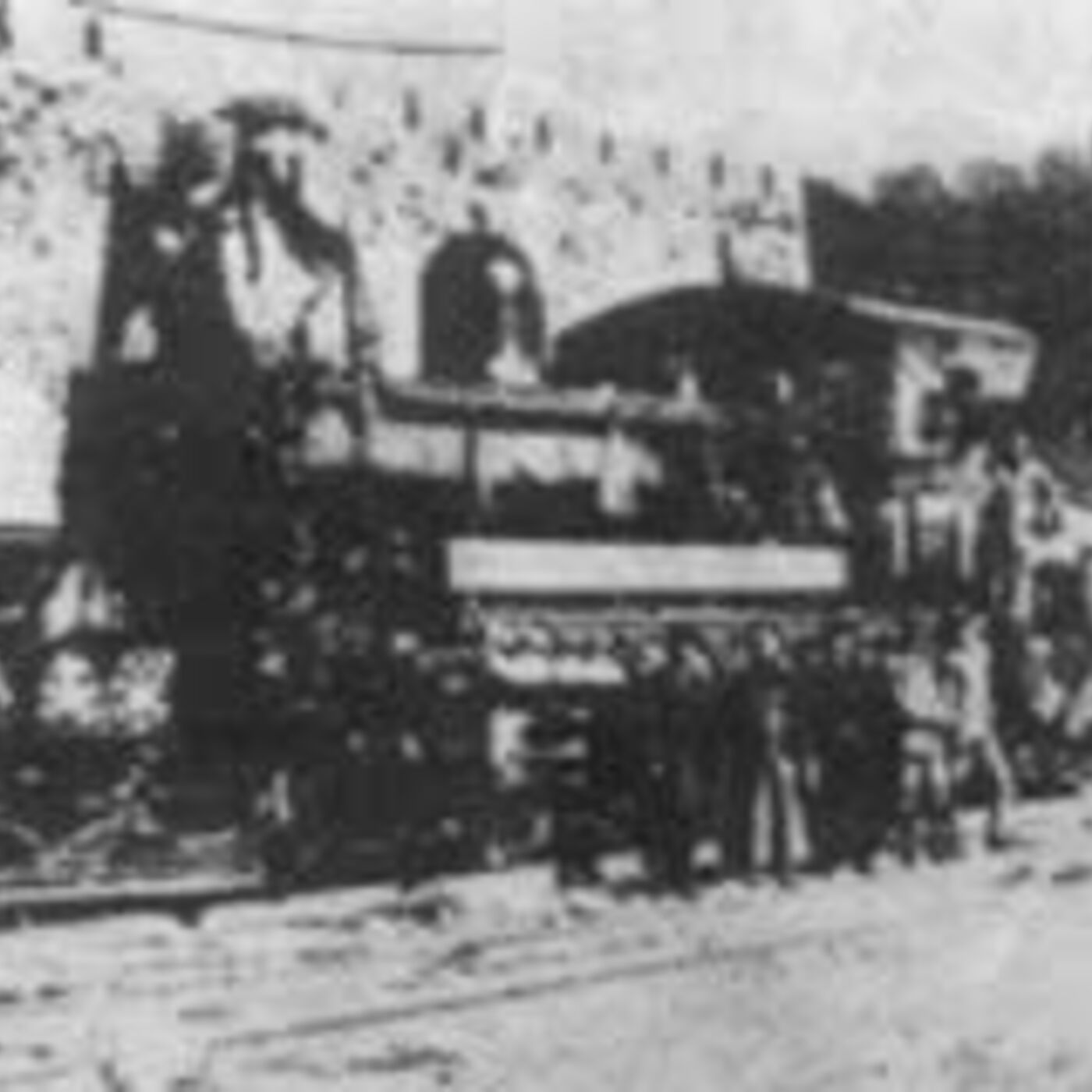 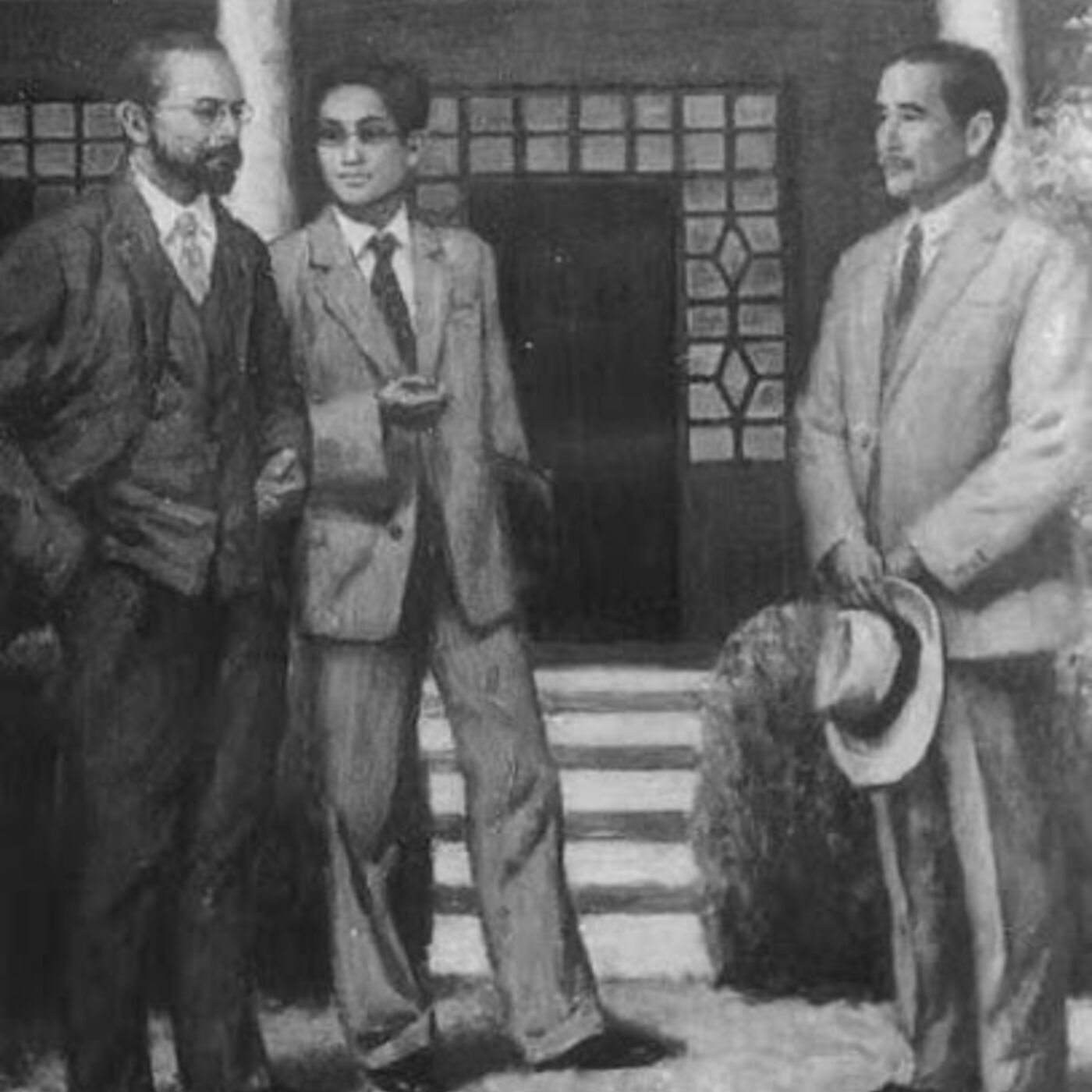 The early divergence in strategic thinking and revolutionary priorities between the CCP and the Comintern. Further reading:Tony Saich, The Origins of the First United Front in ChinaSome names from this episode:Chen Gongbo, Founding Chinese Communist who studied at Columbia and later joined the Japanese puppet regimeHenk Sneevliet, alias Maring, Dutch Communist and Comintern leader in China beginning in 1921Sun Zhongshan/Sun Yat-sen, leader of the GuomindangGeorgii Chicherin, People’s Commissar for Foreign Affairs of the Soviet UnionLao Xiuchao, Chinese Bolshevik who attended the first Comintern Congress in 1919Chen Duxiu, editor of New Youth and first general secretary of the Chinese Communist PartyGregory Voitinsky, Leader of Comintern delegation to China in 1920Zhang Guotao, emerged from founding congress as important Communist leaderLi Hanjun, advocated study and propaganda as main party activities as first congressLiu Renjing, one of the Beijing delegates to the first party congress 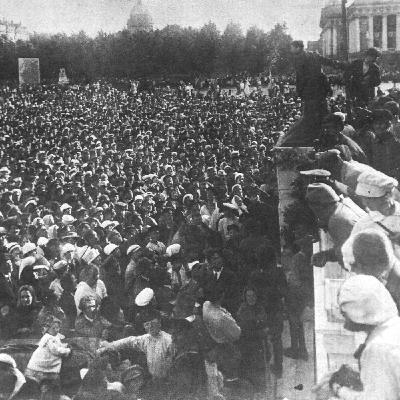 Demarcation and Organization: The Chinese Communist Party is Founded 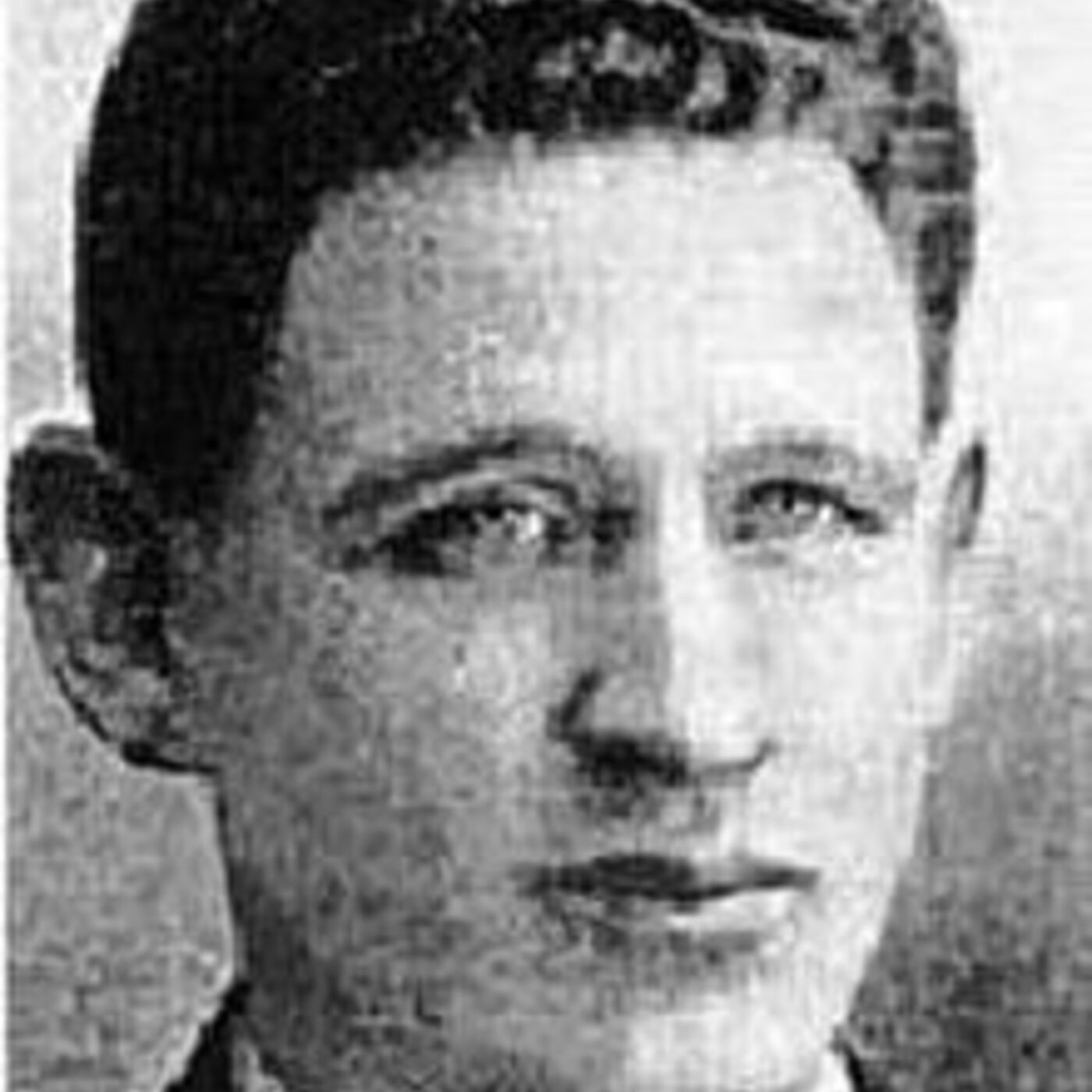 From Russia with Organizational Expertise: The Comintern Comes to China

Gregory Voitinsky comes to China and helps get the ball rolling to found the Communist Party. Also, a few words on commodity fetishism as the keystone of Marx's Capital and how this leads to Lenin's innovations in conceptualizing communist party formations.Some names from this episode:Gregory Voitinsky, Comintern organizer who arrived in China in March 1920Li Dazhao and Chen Duxiu, two of the key figures in founding the Chinese Communist Party (their background is discussed in past episodes) 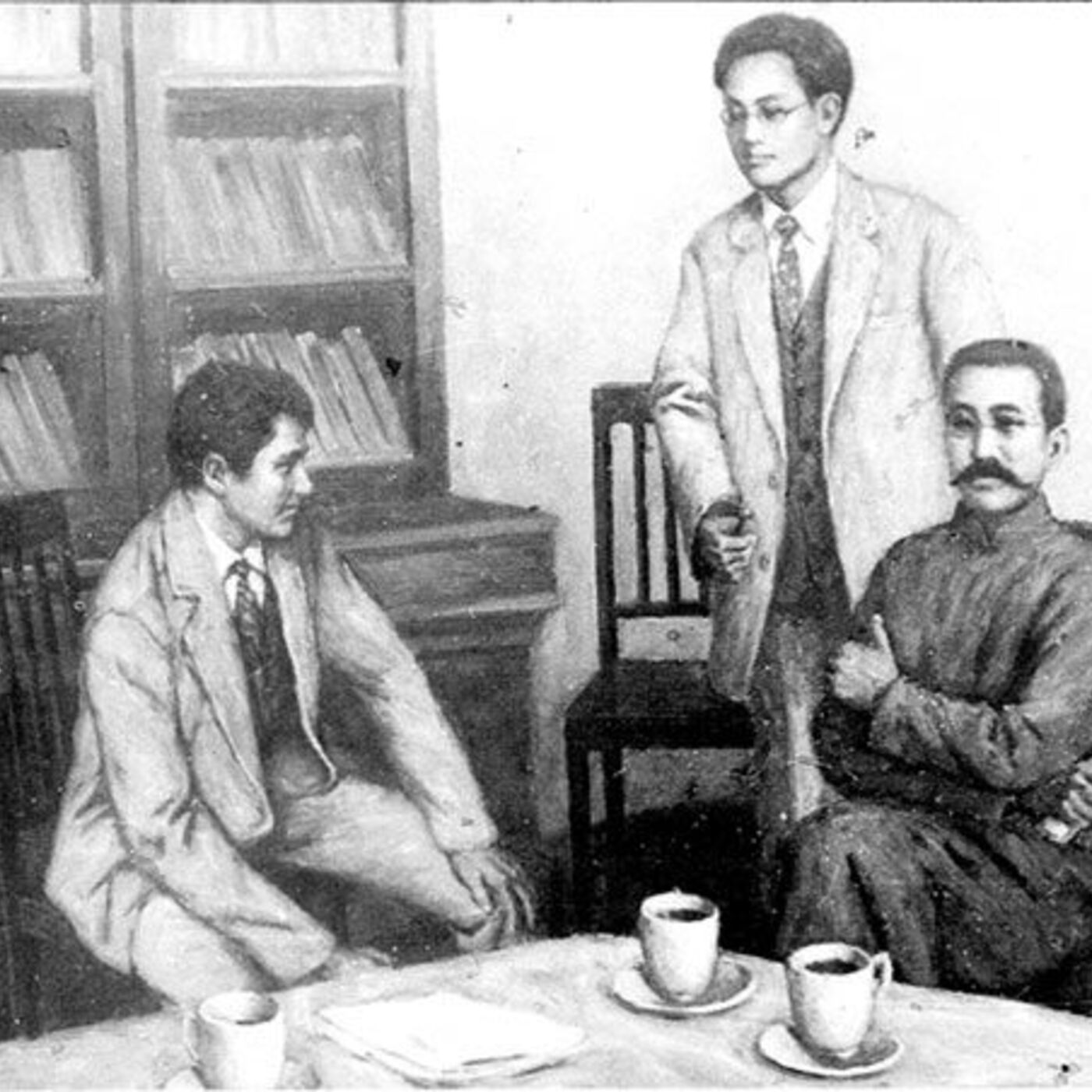 Explaining how the strategic thinking of the Communist International developed, as background to the key role the ComIntern played in facilitating the founding of the Chinese Communist Party. 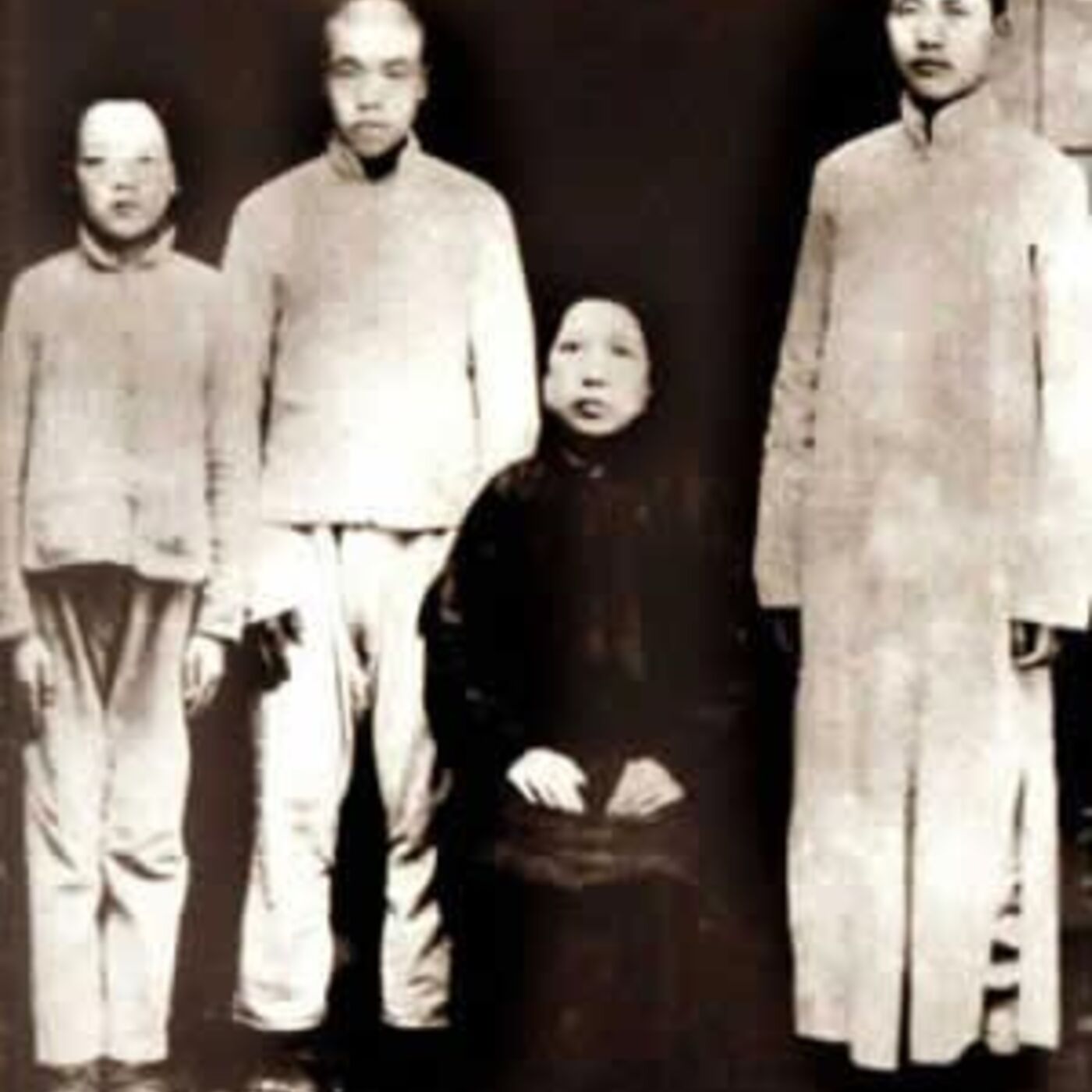 In this episode we continue our examination of Mao Zedong’s ideological development by discussing his anarchist period. Further reading:Stuart Schram, ed., Mao’s Road to Power, vol. 1: The Pre-Marxist Period, 1912-1920 is the indispensable source here. Some names from this episode:Li Dazhao, leading proponent of learning from the Russian RevolutionHu Shi, student of John Dewey and advocate for pragmatismChen Duxiu, editor of New Youth and leading New Culture intellectual 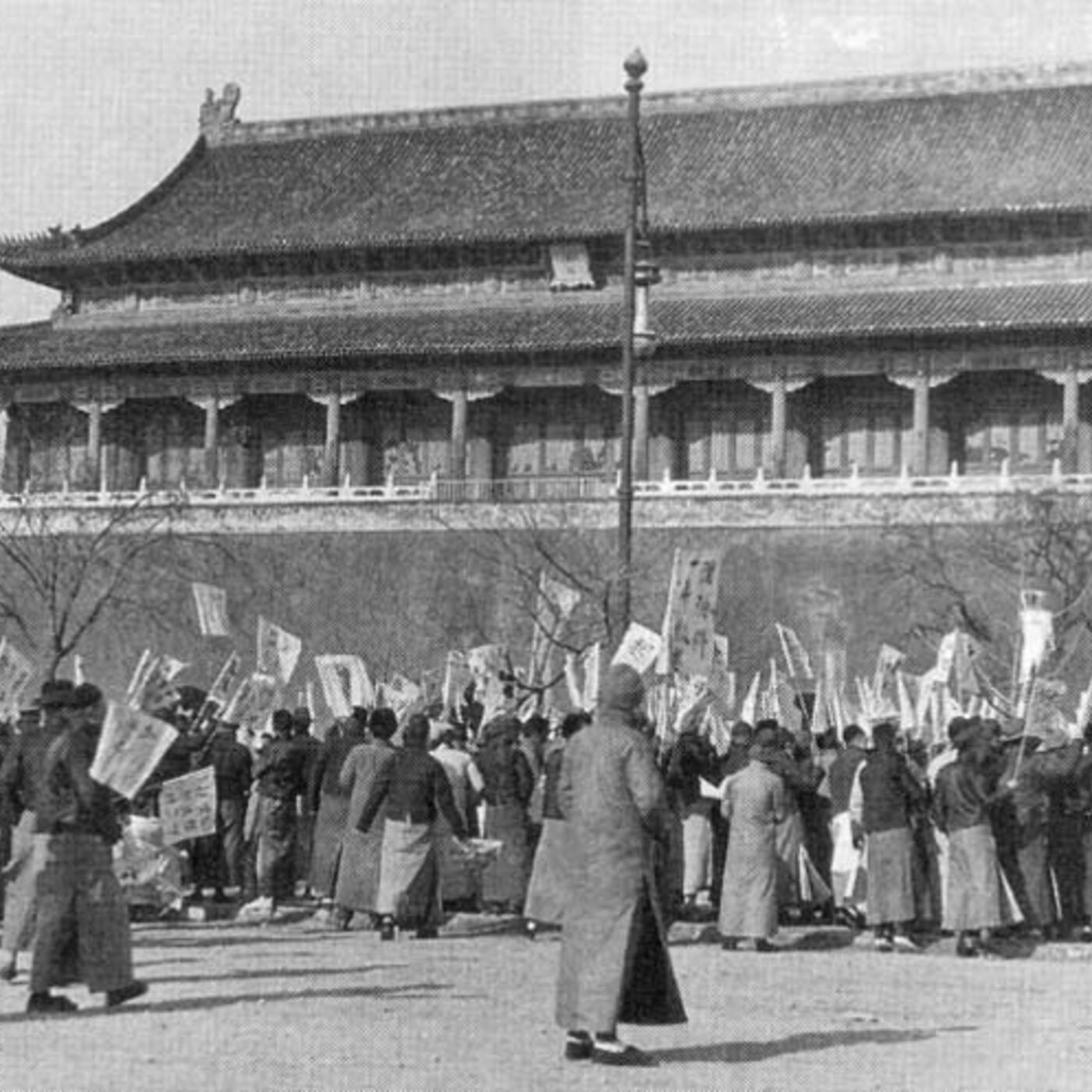 Liberals Becoming Marxists: The New Culture and May 4th Movements (1915-1919)

In this episode we explore the move from liberalism toward Marxism among progressive intellectuals in the 1915-1919 period, and how those ideas began to be brought to the working class in China’s cities. This includes the New Culture Movement, the May 4th Movement, and the June 5th Movement.Further reading:Maurice Meisner, Li Ta-Chao and the Origins of Chinese MarxismArif Dirlik, The Origins of Chinese Communism Some names from this episode:Yuan Shikai, leader of the Beiyang Army and dictator after the fall of the QingSun Yat-sen/Sun Zhongshan, leader of the GuomindangChen Duxiu, editor of New Youth and leading New Culture intellectualLu Xun, progressive writer who wrote “A Madman’s Diary” for New YouthLi Dazhao, collaborator with Chen Duxiu and leading proponent of learning from the Russian Revolution 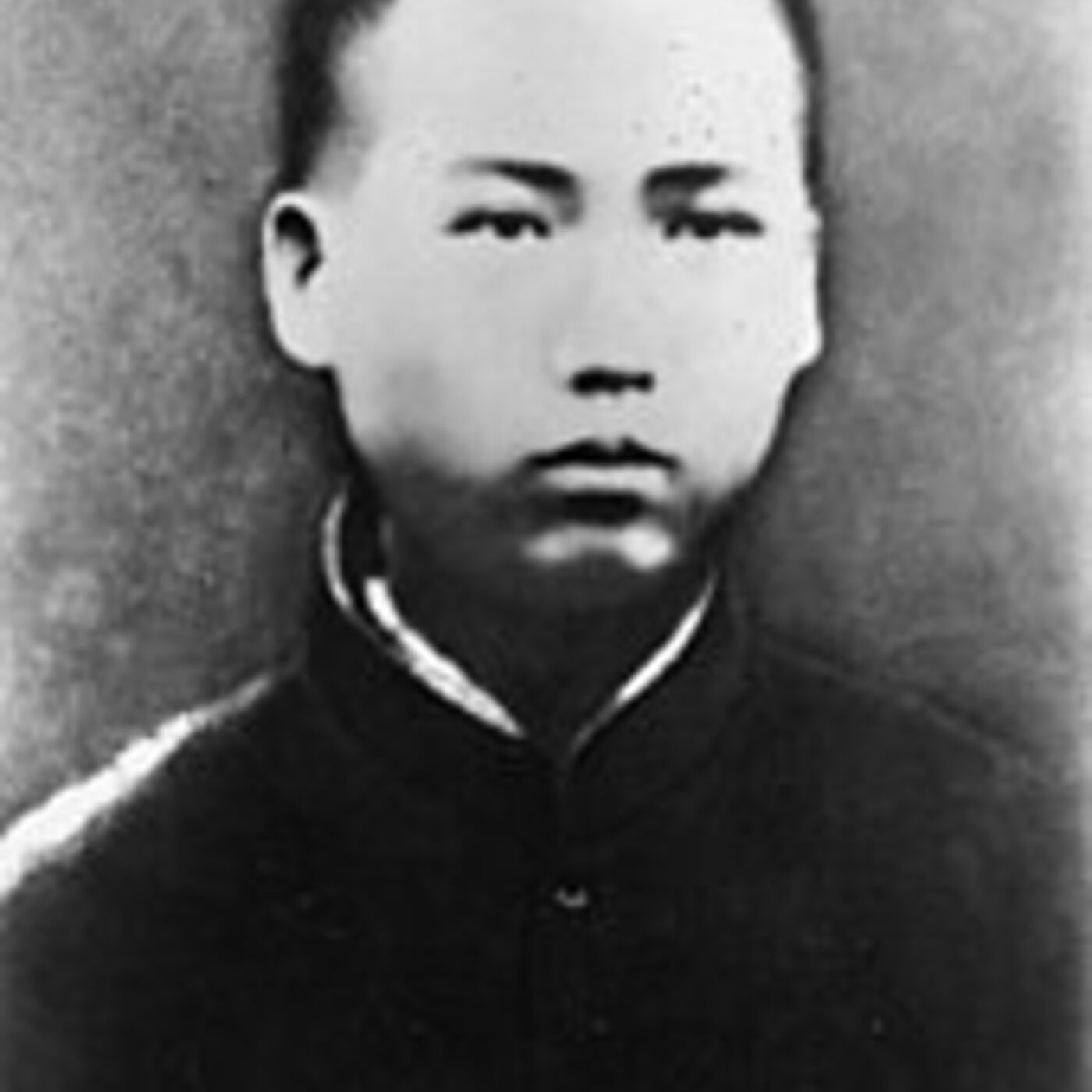 In this episode we look at Mao Zedong’s childhood, family background, and see what he was thinking in 1912. Further reading:Edgar Snow, Red Star Over ChinaStuart Schram, ed., Mao’s Road to Power, vol. 1: The Pre-Marxist Period, 1912-1920Lee Feigon, Mao: A ReinterpretationJonathan Spence, Mao Zedong: A Life Some names from this episode:Ba Jin, anarchist novelist who wrote The FamilyShang Yang, founder of the Legalist schoolSima Qian, author of Records of the Grand Historian 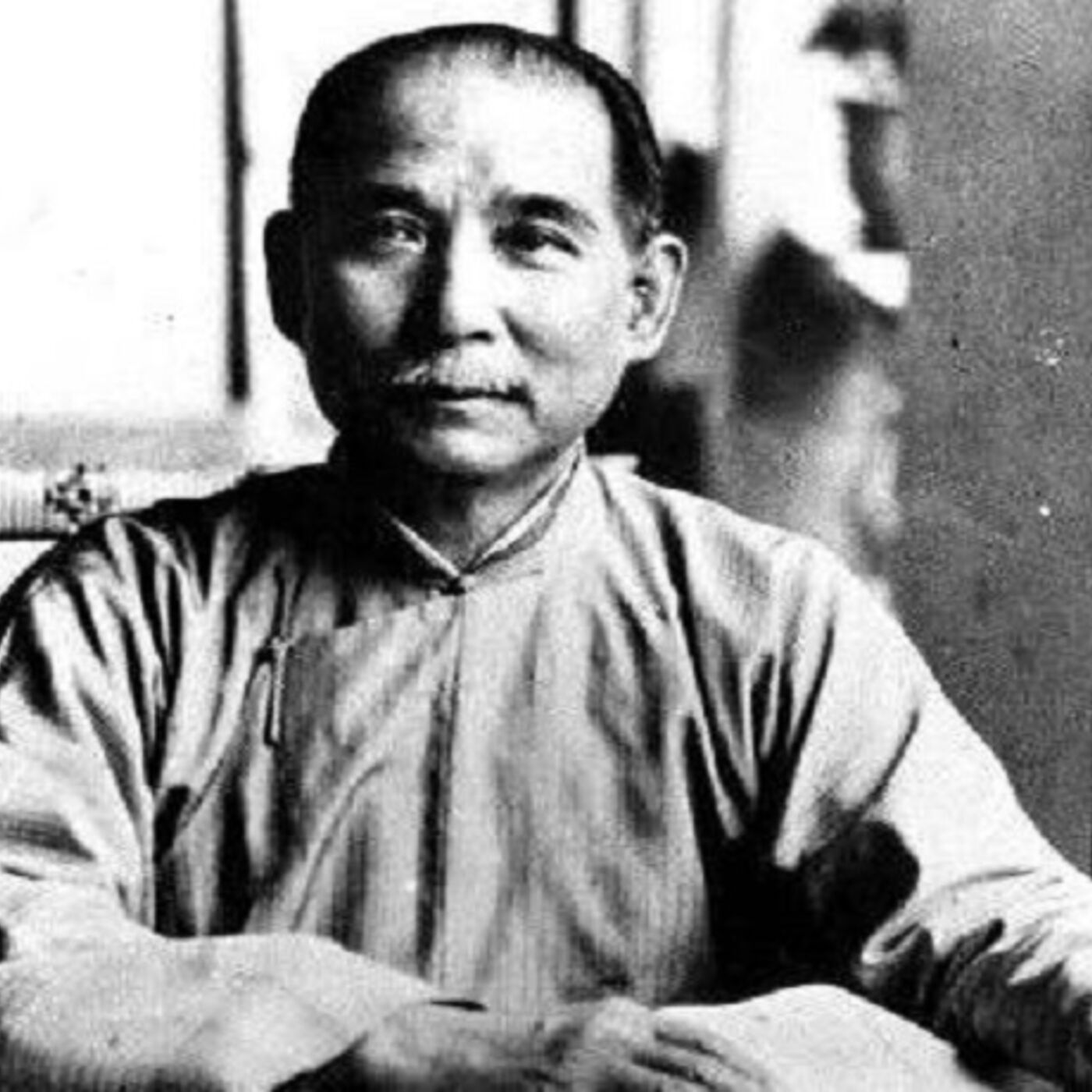 The overthrow of the Qing Dynasty, followed by the first years of the Republic of China. Further reading on the 1911 Revolution:Joseph Esherick and C.X. George Wei, editors, China: How the Empire FellSome names from this episode:Mao Zedong, leader of the Chinese Revolution and revolutionary communist par excellenceSun Zhongshan/Sun Yat-sen, leader of the Revolutionary AllianceHuang Xing, Vice-President of the Revolutionary Alliance and military leader of the April 1911 uprising in GuangzhouPuyi, child emperor who abdicated his throne at age fivePrince Chun, regent for PuyiYuan Shikai, leader of Beiyang ArmyEmpress Dowager Cixi, power behind the throne who died in 1908Kang Youwei, Confucian advocate of liberal modernization and Qing loyalistGuangxu Emperor, Emperor of China during the Hundred Days Reform of 1898Song Jiaoren, leading Guomindang organizer, assassinated in 1913Zeng Guofan, leader of Qing forces that defeated the Taiping rebelsLi Hongzhang, high level Chinese statesman and advocate of self-strengthening 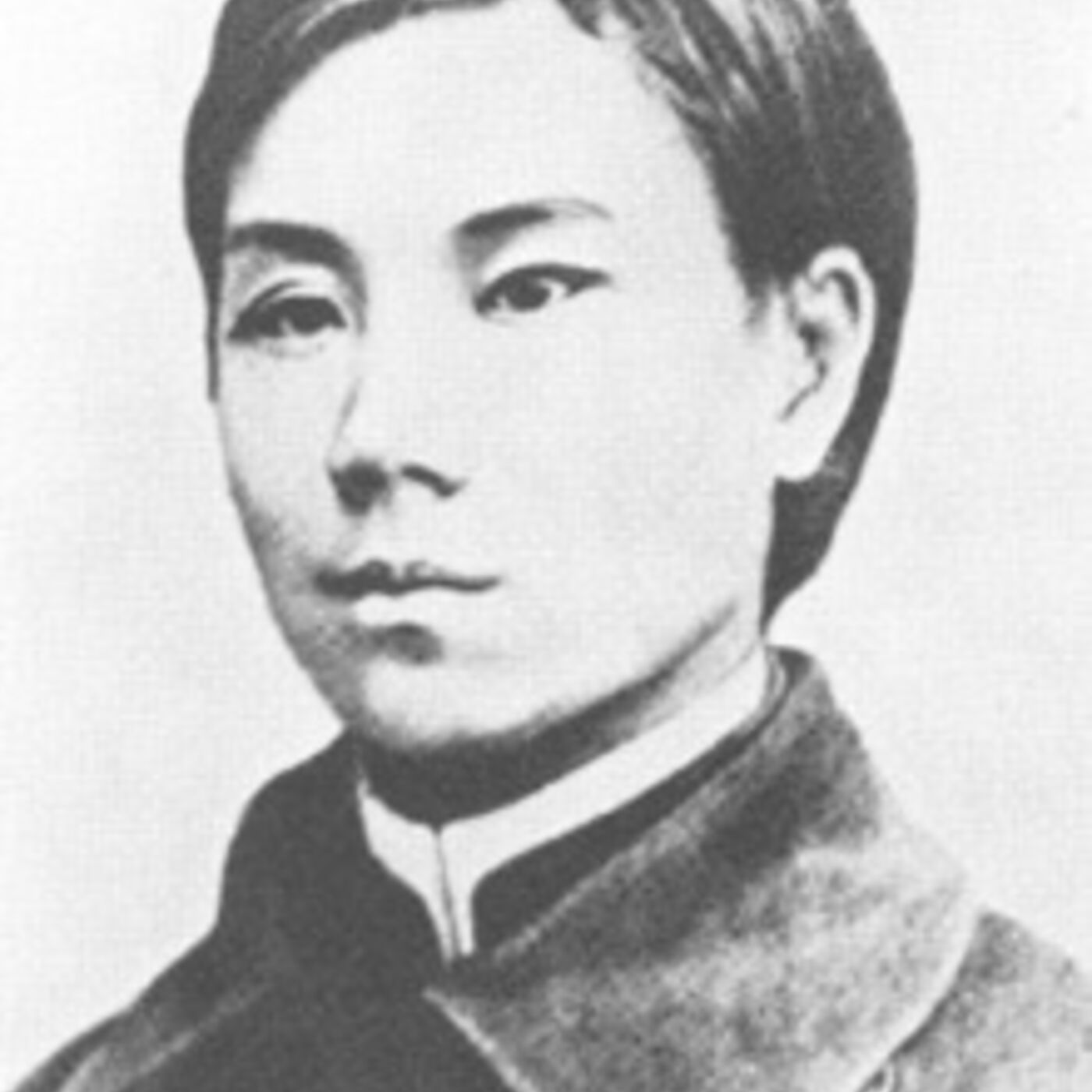 Revolutionary Voices from the End of the Qing Dynasty

In this episode, we explore some of the major voices of revolution from the decade preceding the end of the Qing Dynasty in 1912: Zou Rong, Qiu Jin and Sun Yat-sen [Sun Zhongshan].Some names from this episode:Kang Youwei, Confucian advocate of liberal modernization and focus of episode 8Guangxu Emperor, Emperor of China who was put under house arrest by Cixi after attempting to assert his power during the Hundred Days Reform (episode 8)Empress Dowager Cixi, ruler of China during this periodLiang Qichao, disciple of Kang YouweiZou Rong, author of The Revolutionary ArmySubao newspaper, newspaper run by anti-Qing revolutionaries out of the Shanghai International SettlementQiu Jin, China’s first feminist and anti-Qing revolutionarySima Qian, Han dynasty historianMao Zedong, leader of the Chinese Revolution and revolutionary communist par excellenceSun Zhongshan/Sun Yat-sen, leader of the Revolutionary AllianceLi Hongzhang, high level Chinese statesman and advocate of self-strengthening (episode 5) 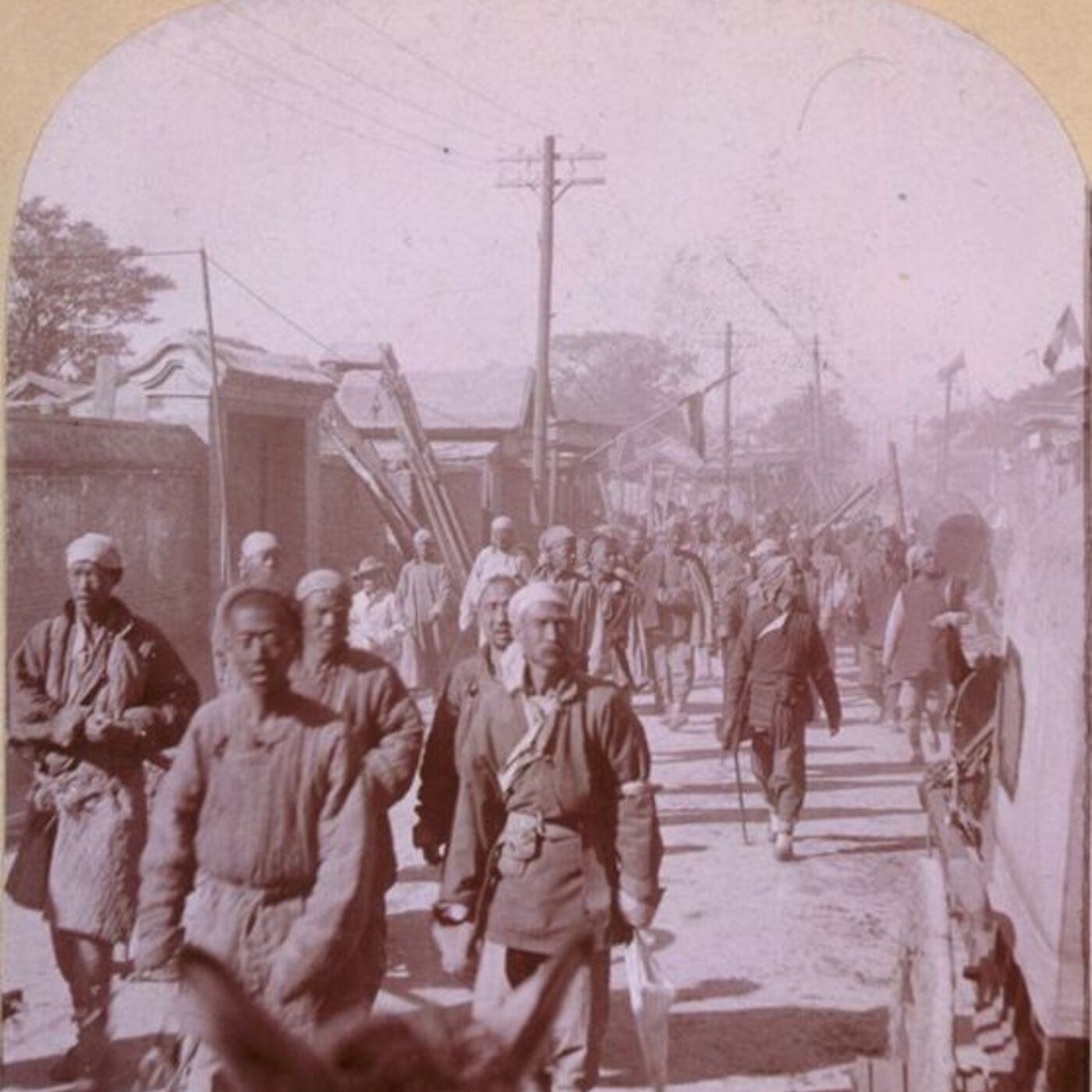 In the face of foreign aggression and natural disaster, masses of Chinese people turn to traditional folk religion and martial arts to attempt to throw out the imperialists.A couple sources for reading more, and which I used in preparing this episode:Joseph Esherick, The Origins of the Boxer UprisingPaul Cohen, History in Three Keys: The Boxers as Event, Experience, and MythSome names from this episode:Wang Lun, leader of White Lotus rebellion in the 18th centuryEmpress Dowager Cixi, ruler of China during this periodKang Youwei, Confucian advocate of liberal modernization and focus of last episodeEmperor Guangxu, Emperor of China who was put under house arrest by Cixi after attempting to assert his power during the Hundred Days Reform (last episode)Alphonse Favier, Roman Catholic bishop in Beijing who engaged in looting when the Eight-Nation Army occupied Beijing and crushed the Boxers 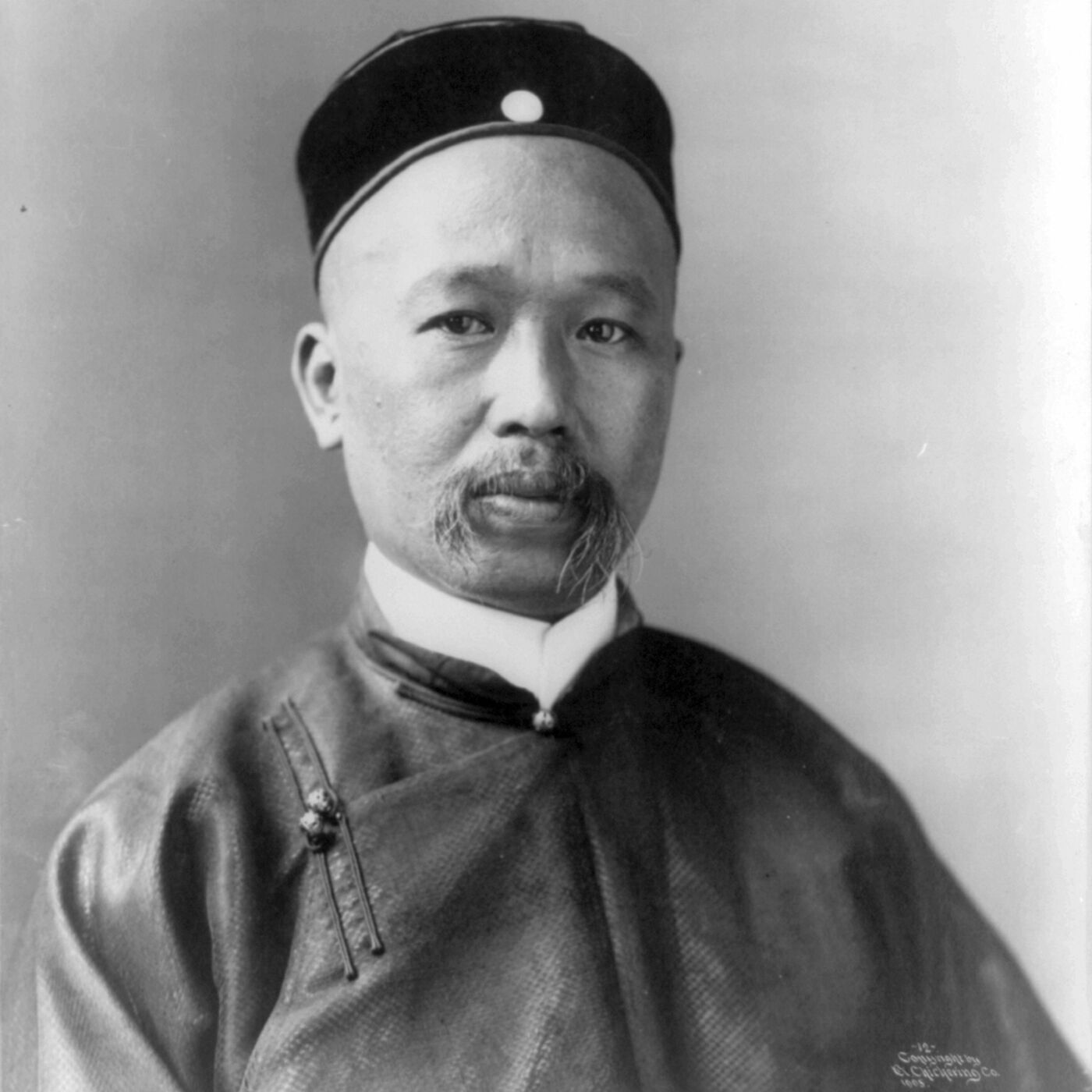 In the wake of the Sino-Japanese War, Kang Youwei works with the Guangxu Emperor to try to replicate Japan's Meiji reforms, before being crushed by Cixi and other Manchu conservatives.At the beginning of the episode, I talk some about how westerners have written about Chinese history. A good book that goes really deep into this is Paul Cohen's Discovering History in China. If you're into that topic, you may also want to read Fabio Lanza's End of Concern: Maoist China, Activism, and Asian Studies.Some names from this episode:Kang Youwei, Confucian advocate of liberal modernization and Qing loyalistEmperor Guangxu, Emperor of China during this episode, tried to assert his power during Hundred Days ReformEmpress Dowager Cixi, the real power behind the throneIto Hirobumi, senior Japanese statesman whose met with Guangxu while Cixi 'sat behind the curtain'Yuan Shikai, leader of Chinese armyRong Lu, conservative Manchu governor of metropolitan region and Cixi loyalistKang Guangren, Kang Youwei's younger brotherOkuma Shigenobu, Japanese prime minister who offered Kang Youwei aidMao Zedong, leader of the Chinese Revolution 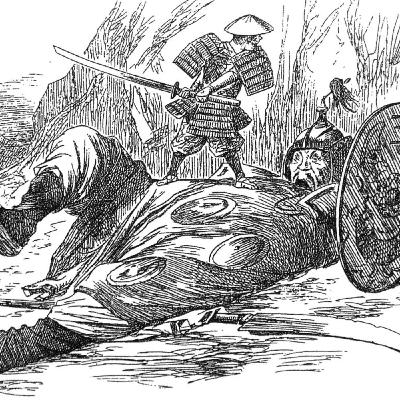 Losing the Tributaries: The Sino-French and Sino-Japanese Wars in Vietnam and Korea

In this episode we do some Q&A and then cover the Sino-French War of 1884-1885 and the Sino-Japanese War of 1894-1895.A couple names from this episode:Emperor Qianlong: ruled China from 1735 to 1799Li Hongzhang: high level Chinese statesman and advocate of self-strengthening
See More
Comments