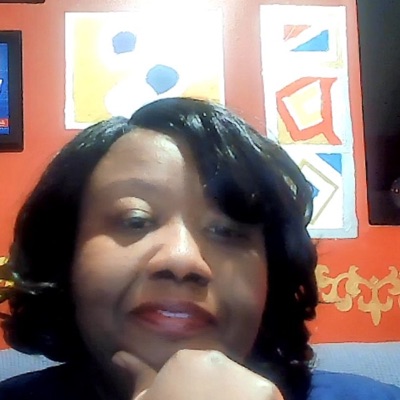 My radio show is based on life philosophy, commentary, nfl news, current events, live musical performances, celebrity talk, impersonations, comedy newly added "The Debate Show" & "Wine Down" audio series added show based around the lives of 5 black women all around 50 (Gen Xers) who discuss everything from politics to celebrity news who also has their own drama stories of their own including the host of the show.
630 Episodes
Reverse 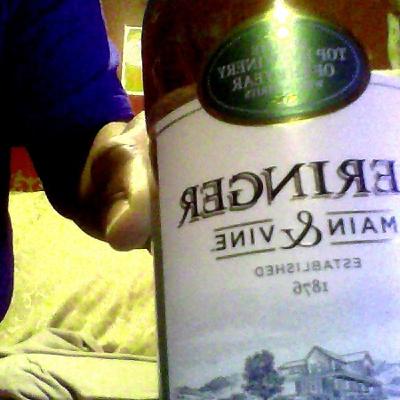 "Clarisse" discusses with the rest of the debate ladies about banning "Artie" from the show because she claims that he is bad for the show & the show has turned into a "porno podcast" & just maybe "STephy" should stop podcasting and turn it over to the other ladies of the show in which "STephy" will chime in even though she is now in Charleston, WV with "Artie" which she has a "special bedroom musical number" that she will share with the audience. Plus some newstories like white woman attacked by 4 young black women and stories that we missed earlier in the week. Plus some more soundbite episodes thrown in. 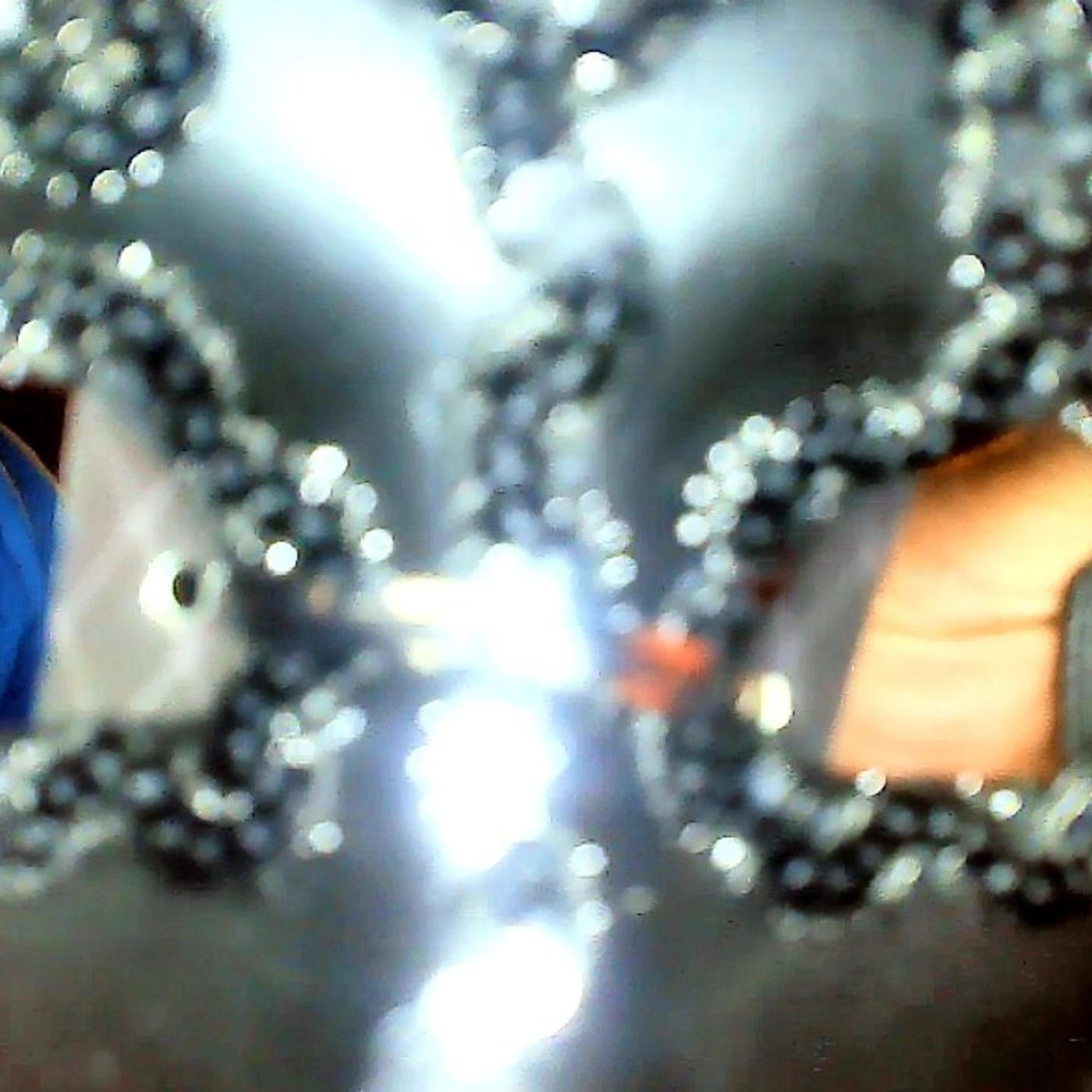 Per what was originaly supposed to be the "Black Male RB Show" produced and performed by the one & only "Sexual Hell Kitten" she is here to discuss show changes. 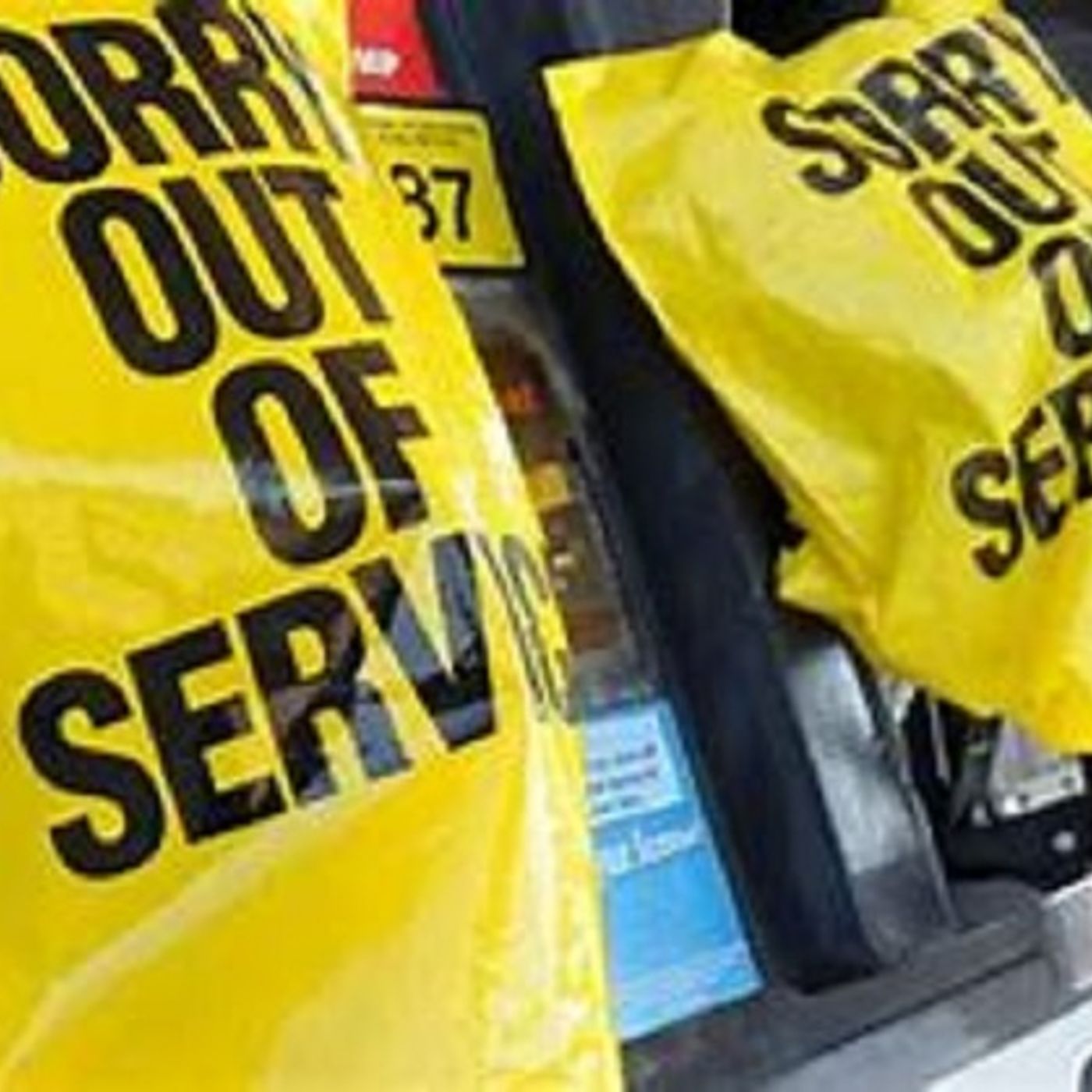 The debate ladies plus one discuss the real national issues such as gas shortages which has caused high gas prices throughout the US, especially here on the East Coast & consumers are suffereing and are small business owners as well as airlines. GOP cancels Lynn Cheney becaue she refuses to kiss Trump's ass and #KenMcCarthy is a sorry asshole plus the b*tch they wants to replace her or become Speaker of the house that fake ass liberal Trumpican #EliseStafanik plus latest mixes for the upcoming "Live Sexual Hell Kitten Show" plus "Artius is worried about the high gas prices and it will effect his business therefore did "Clarisse" prayers get answered? Plus past soundbite episodes. NFL schedule talk. 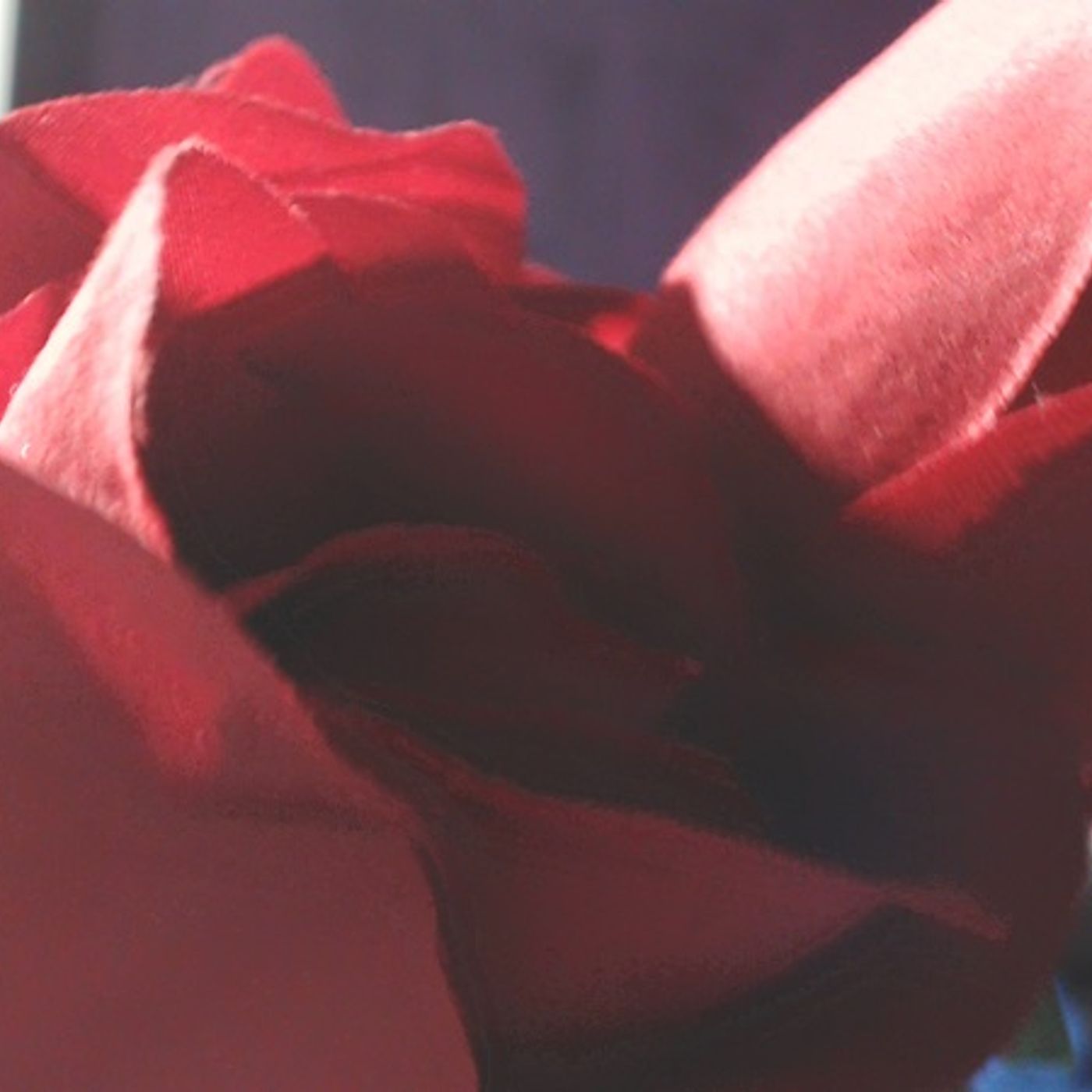 Part two of yesterday's Debate Show "Wine Down Weekends Series" when "STephy" interrupted "Miss X & family Mother's Day outting with "Artie & his mom "Ms Helen" by which "STephy" showed up in Knoxville, TN where they were having the dinner & road off into the sunset with "Artius" with the annoucement that they are indeed having twins plus "Miss X or Clarisse" wants to confront "STephy" about what happened yesterday on the other hand "Lady F's" bad timing calling "STephy" @2am in the morning was not a good idea. "Artie's Infactuation with STephy" has been taken to a whole another level after it was confirmed & the romantic thing she did yesterday on "Mother's Day. "Artie will let "Clarisse" have it once again.

The debate ladies discuss well particulary "Clarisse aka Miss X" rambles on about how "STephy" ruined her mother's day outing with "Artie, his mom & kids" with what she describes the "Most Ridiculous Stunt Ever" @ the restaurant they were having their family outing called "Calhouns" on the Waterfront in Knoxville, TN which "STephy" rented a cabin resort near the "Smoky Mountains of Tennessee" actually called "Blackberry Mountain Resort & Farm" whereas beautiful mountain views, walking hiking trails, great food, gardens, parks a cozy cabin with a hottub, huge bathtub, and a huge shower for their weekend pleasure which she won't be going back home until a day later. Plus you wonder why "Secret Garden" is in the title listen and find out because it has something to do with "The Sexual Hell Kitten" amongst other things.

On this rapid fire edition of "The Debate Show" "Wine Down Weekends" "Miss X discusses with "Lady F" & the debate crew ladies as they wait for "STephy's News" or will she tell them is she having twins or not? Plus "Clarisse" pulls up some alarming but true facts about OLDEST WOMEN TO GIVE BIRTH!! INCLUDING A 74 YEAR OLD WOMAN FROM INDIA FIRST TIME GIVING BIRTH & IT WAS TWINS WOW!! Which "Clarisse or Miss X" will use that to stir the pot or trouble for both "Artie & STephy" mainly "STephy"

What is usually preserved for #FireWorksFri due to the fact it is pre-mothers day weekend "STephy" & the debate crew decided to do an all-out comedy, music & entertainment show audio podcast with the "Special Sexual Hell Kitten" pre-show samples of her latest mashup covers "REALLY HOT STUFF LITERALLY!!! plus a comedy skit inspired by "The Cosby Show" per "Artie & STephy"s Family Planning" suggested by of course "Clarisse aka Ms X" & sister "Debra" & surprisingly "Erica The Love Shrink & "Lady F" to join in.

On this episode "STephy with the help of "Ms Debra" & the debate ladies "Play Out" another alleged skit whereas she feels what "Clarisse or Miss X" really feels about her relationship with "Artie" along with the help of some lost forgotten hits of the 80s plus a rough mix of the "New Sexual Hell Kitten Theme Song" changes have been made.

On this episode the debate ladies discuss current happenings in the news including the 4th round of STIMULUS CHECKS! which of course "MWS" & "Miss X" will debate but "STephy" is in another world altogether especially after a dream she had regarding her future with "Artius" plus "Ms Debra" will chime in and analyze what her dream meant. and of course "Artie" will chime in. & "Sister T" has something to say.

On this episode "Mother's Day" is coming up soon & "Artie" usually celebrate it with his mother, kids, and "Clarisse" unfortunately for "STephy" it was an empty day until she got involved with "Artie" an knocked up by him plus the debate ladies discuss their own "Mother's Day" plan. "Artie" does not want to disappoint his mother and kids and "Clarisse" will use t"Mother's Day" to drive a wedge between "Artie & STephy" even though she can't stand "Artie's Mother Ms. Helen". Artie & STephy spends their last night NFL draft weekend night together but will chime in because "Clarisse" reminds him of their annual plans for "Mother's Day". How will STephy respond? 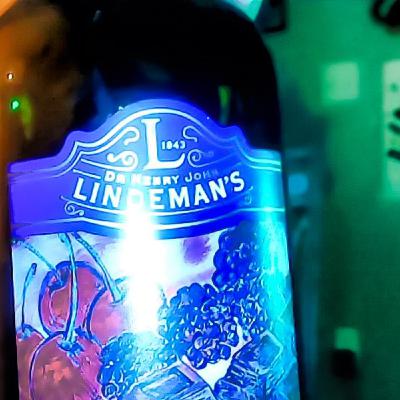 The debate laies along with "Artie" & "Ms Debra" has a surprise for both "STephy" & "Miss X or Clarisse" it involves STephy for sure.

Continuation of yesterday's episode in which "Artie & STephy" has planned their nfl draft weekend together & "Artie" wants to discuss baby talk with her but STephy rather talk about wedding plans plus "Miss X" all of a suden wants to participate in the NFL draft aftershow on Saturday just to distract or interrupt "STephy;s Weekend With Artie"

On this debate episode the ladies plus one look back on the "Forbidden Love" episode which started this whole "STartie" thing. Plus STephy's dream of their "White Wedding" and tells the crew what she dreamt. Plus "Ms Debra" wants to play theater again this time with the next generation of "Jamisons. 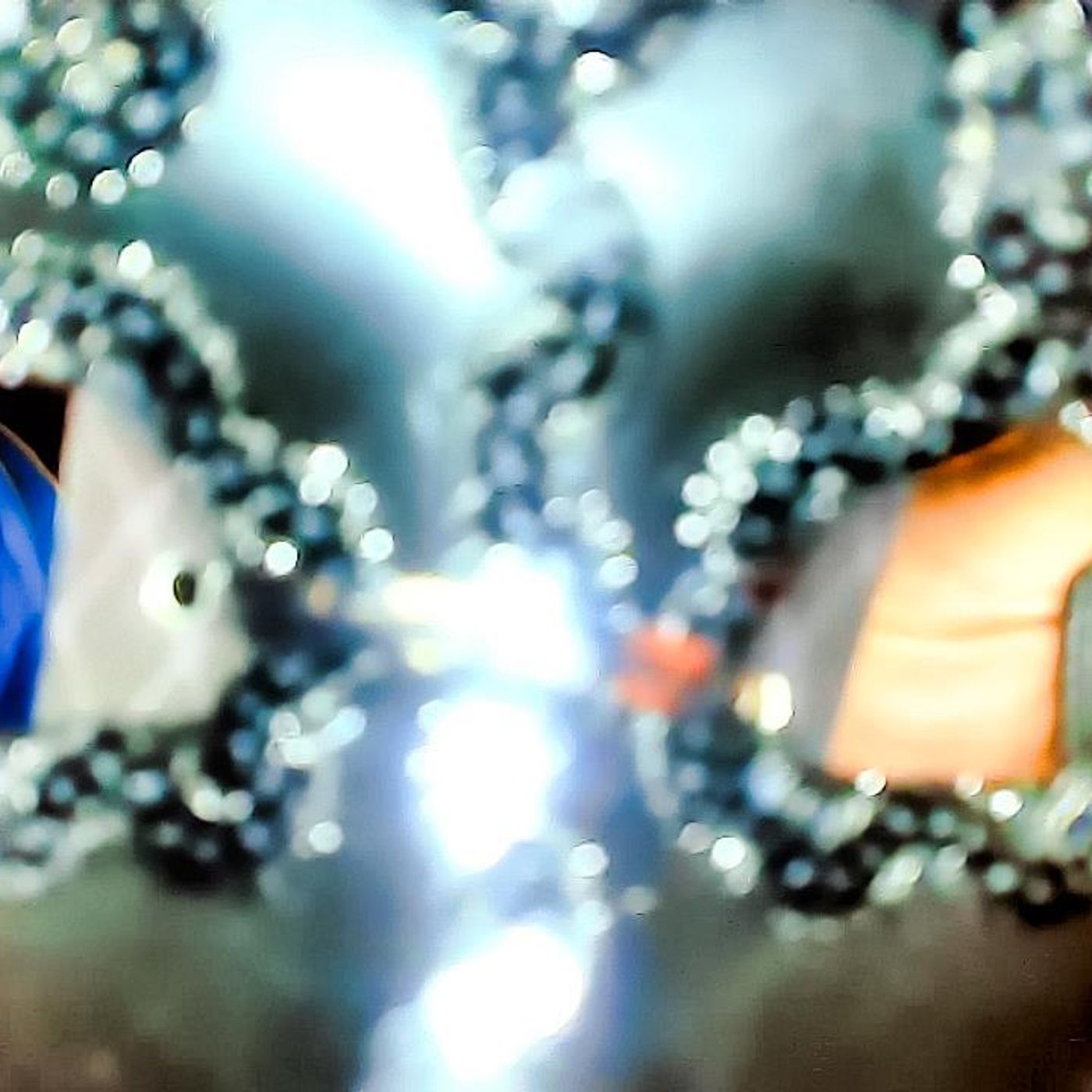 STephy & the debate ladies discuss the upcoming "Sexual Hellcat Show" but things are getting in the way is she having a change of tune & what "Artius" got to do with it. Plus STephy has a "Shower Story" to tell the audience. "Lady F' co-hosts. 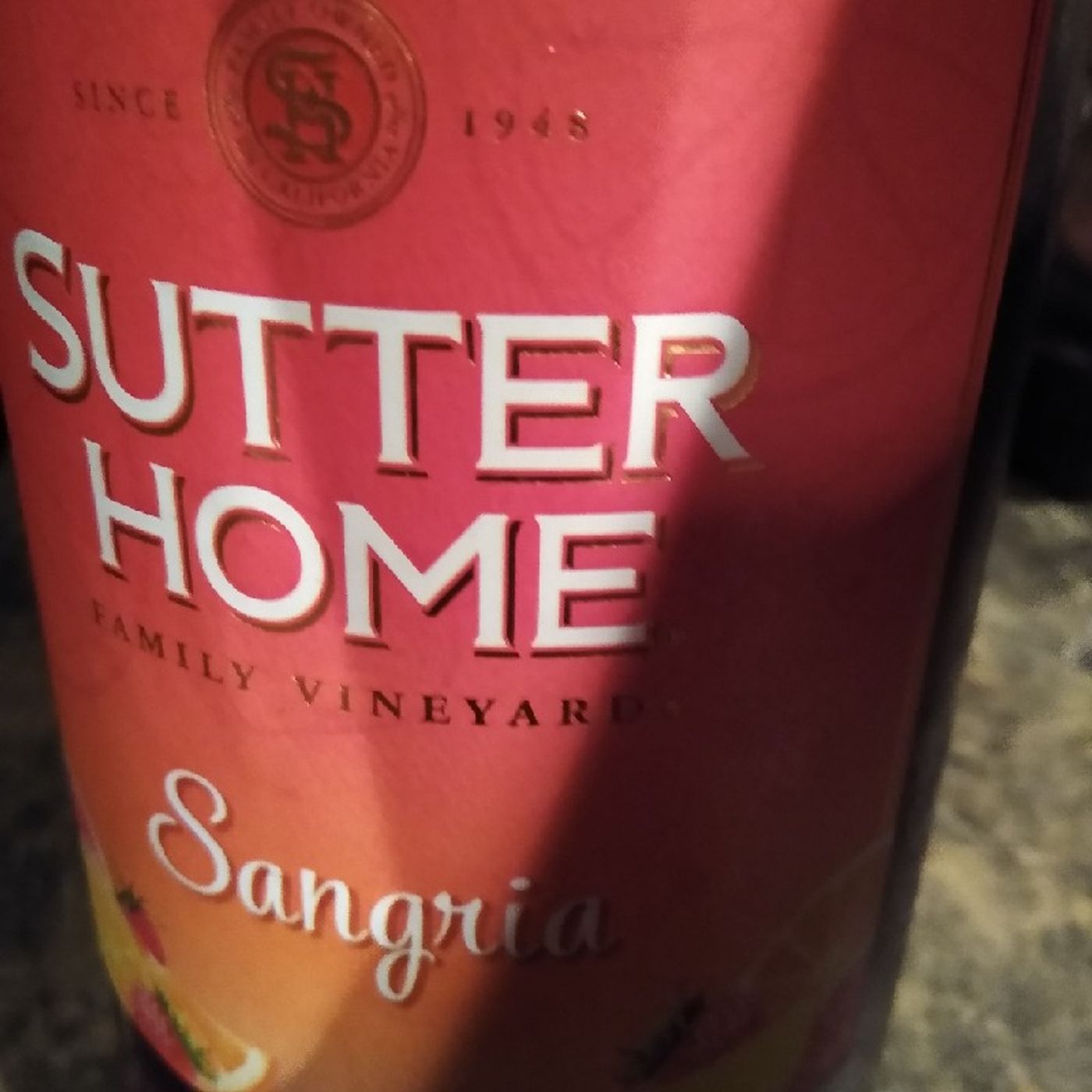 The debate ladies discusses STephy's dreams with her about giving her advice on family planning what it would be like motherhood, next stage in her life amongst other things. Plus some NFL draft plan advice from the real hostess & creator of this podcast. Plus previous soundbite audio. 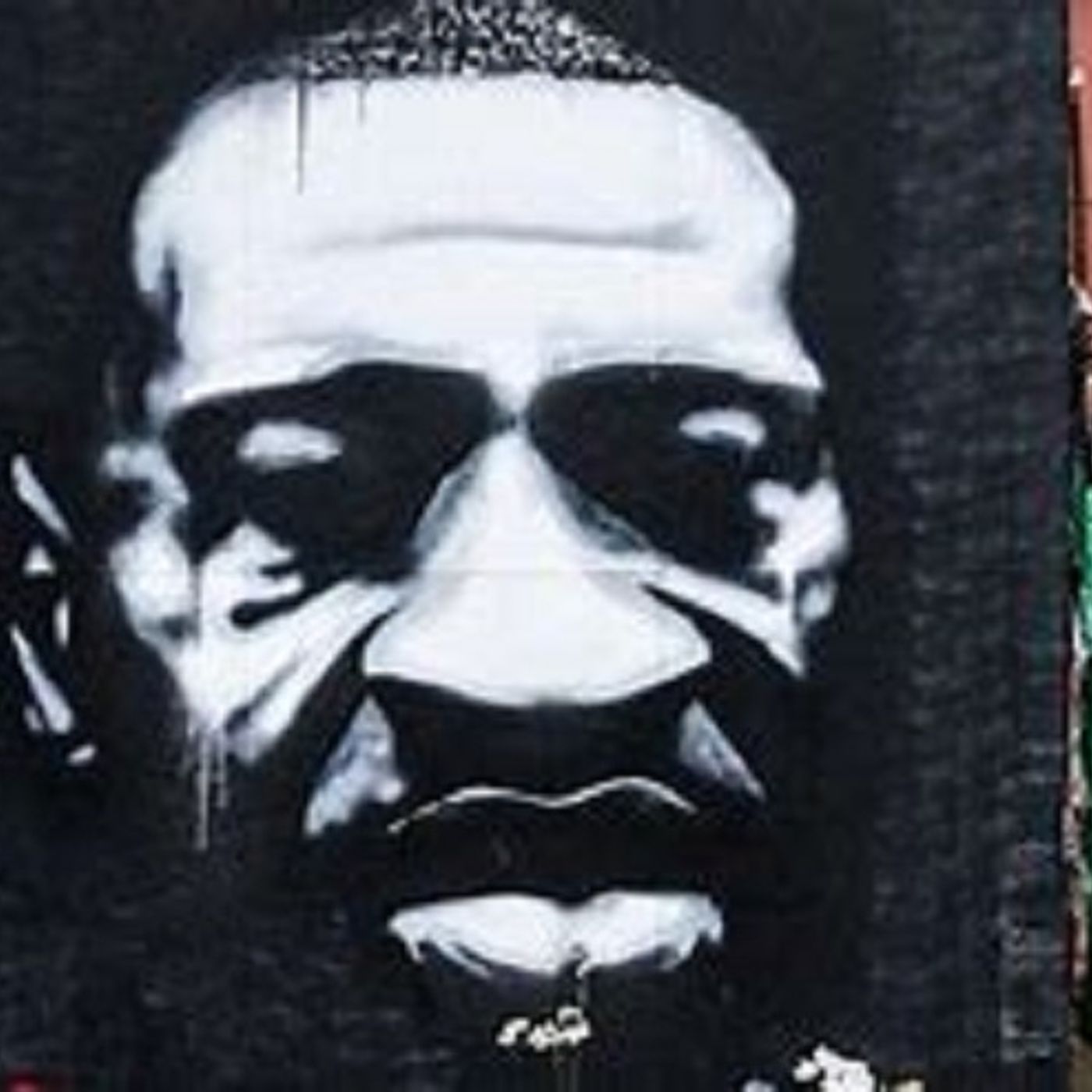 Today April 20, 2021 marked a day of historic proportions, the debate ladies plus "Artie" chime in Hosted by "MWS" & "STephy" to discuss the #GeorgeFloydTrial & other cases like the latest case of a young man #DuanteWright gunned down by a white female police officer. Republcians and Trump media vs Maxine Waters and is Ben Crump the new Johnny Cockrin?

My thoughts on the George Floyd murder trial and Derek Chauvin the former cop now jailbird this day will be remembered there's still work to be done. Plus I turn to Fox News and see America's favorite bed wench #CandanceOwens & that sorry MF #TuckerCarlson as well as #Kennedy on Fox Business channel trashing the outcome of the trial. Plus thougts on Duante Wright 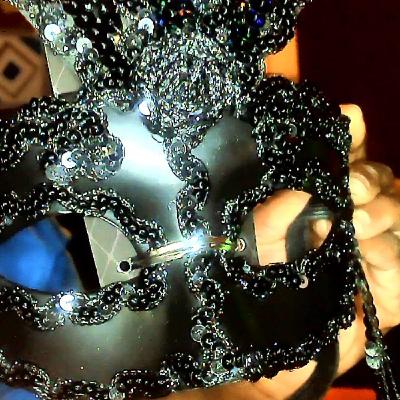 Due to the sexual sounbite audio of yesterday's podcast the music was too loud "Lady F" had the music track too loud "The Sexual Hell Kitten" will nararate and share the audio soundbites again. Good promo for the "Sexual Hellcat Live Show"

On this episoe Stephy returns back home & begin working on the next cover songs per next upcoming show including an update cover version of #MinnieRippleton #InsideMyLove & we look back on past episode soundbites on the "STartie" romance LOl!! my own little thing & "Clarisse" & the debate ladies play theater once again.

#WineDownWknds "Make This A Night To Remember"

"Lady F" joins "Miss X or Clarisse", & "STephy" in Nashville for what she calls them "The Three Bad Girls Musketeers" driving arund having fun, etc and STephy whips up a dinner party @ "Artie's place" because he doesnt' want her out real late and this is their last night together before she goes back to her current hometown but they will reunite for "NFL Draft Weekend" in STephy's house just the two of them and make it a romantic 4 day weekend. Meanwhile the debate ladies discuss the day that was plus previous audio soundbite.
See More
Comments