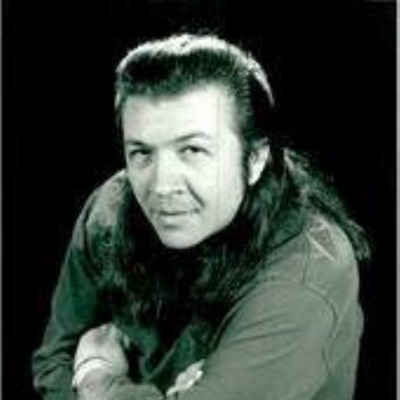 On today's show, 4:06pm CT, 5:06pm ET: Coronascare: Did Coronavirus originate in Chinese government laboratory? - Chinese doctors: Coronavirus can reinfect people, and the second infection can lead to heart failure - worse than Chinese Govt. letting on? - we'll examine. Blooming: Michael Bloomberg surges in poll and qualifies for Democratic Debate in Las Vegas - Is Mike Bloomberg 'cheating' with his money? - we'll analyze. Plus, Apocalypse Right Now?: 10 plagues that are hitting our planet simultaneously, we'll explore. And, Professor Alan Dershowitz involved in yet to be filed lawsuit against former Obama administration heads - find out why? https://www.spreaker.com/show/christian-talk-that-rocks http://christiantalkthatrocks.net or http://christiantalkthatrocks.com

On today's show, 4:06pm CT, 5:06pm ET: Impeachment Drama: House members send Articles of Impeachment to the Senate - along with other "evidence" not in the Articles - Pelosi and ranking Dem house members claim Trump cheating, trying to rig election - we'll analyze. Big Bro Fed: Sharyl Attkisson: Feds admit to spying on me - Former U.S. Attorney Rod Rosenstein is accused of leading operation - we'll examine. Plus, CNN’s Van Jones Buries 2020 field after debate: ‘Nothing I saw tonight would be able to take Donald Trump out.’ And, NC Election Board threatens to call cops on members for reciting Pledge of Allegiance. https://www.spreaker.com/show/christian-talk-that-rocks http://christiantalkthatrocks.net or http://christiantalkthatrocks.com

YouTubers Are Lobbying FTC to Fight Child Privacy Law ExpansionBy Mark Bergen, Lucas Shaw, and Ben BrodyNovember 5, 2019, 5:00 AM EST Service agreed not to run ‘personalized’ ads on kids’ videos Move ‘will cause more harm than good,’ according to petitionLISTEN TO ARTICLE 4:06SHARE THIS ARTICLEShareTweetPostEmailIn this articleGOOGLALPHABET INC-A1,301.86USD-10.73-0.82%A group of online video creators is protesting the Federal Trade Commission’s plan to regulate kids’ videos on YouTube, claiming new rules will hurt them financially and reduce the quality of programs on the world’s largest video site.On Tuesday, producers of prominent children’s YouTube channels will appeal to the FTC to change its recent settlement with the video service and will circulate a new petition online urging certain changes.In September, the FTC fined YouTube and its parent, Alphabet Inc.’s Google, $170 million for violating privacy laws by tracking children online. With the settlement, YouTube also agreed not to run “personalized” advertisements -- which rely on web browsing behavior and other targeting data -- on videos it decided are aimed at kids.“Shutting off personalized ads on creators’ content will cause more harm than good, especially for children,” reads the Change.org petition. “Quality family-friendly content will shrink, while more mature content will grow -- yet kids will still be watching.”The petition was started by Jeremy Johnston, a creator whose channel, J House Vlogs, has nearly 2 million subscribers. Johnston said he has met with multiple FTC commissioners about the issue. “I was surprised about how little they knew about the YouTube creator perspective,” he said. Johnston described his meetings with the agency as “really productive.”Videos for kids are among the most-watched on YouTube. Cocomelon, a channel of nursery rhymes, is the third-most-popular channel on the site, according to SocialBlade. Like Nastya, a child video blogger, ranks fifth.Tough SpotThe popularity of kids’ programming has put YouTube in an uncomfortable position. The company has maintained that the site isn’t for children, and doesn’t allow viewers under the age of 13. It created a separate app for kids, but its audience is about 1% the size of YouTube’s total reach.The internet obliterated many of the safeguards on children’s media. While television networks have strict regulations about what material they can and can’t show -- and some kids’ TV networks don’t accept advertising -- there are no such rules online.The FTC is in the process of reviewing how technology companies collect data on minors, a practice regulated under the Children’s Online Privacy Protection Act, or COPPA. The agency fined ByteDance Inc., which owns the video app TikTok, $5.7 million earlier this year. The law was also used in the case against YouTube. The FTC now is weighing updates to COPPA.Many video creators are anxious about those updates and the new restrictions on YouTube, which go into effect in January. The rules place the onus on the creator to identify if their programming is for kids, rather than YouTube. And the creators could face significant fines for not complying.When the restrictions on personalized ads go into effect, some YouTubers may see a decline in their revenue from the video service. Those rule punish creators unfairly, Johnston said.”The truth of the matter is that parents aren’t as concerned about personalized ads as the FTC makes it out to be,” he said.Spokeswomen for YouTube and the FTC declined to comment.The creators behind the petition want the FTC to delay enforcement of any new laws and keep them from applying to a wider swath of videos. Of particular concern is the way the agency defines a video for children. During an FTC public meeting last month, agency staff discussed a shift in the definition from online media “directed to kids” and those that attract minors.“‘Child-attractive’ could be anything on YouTube,” said Melissa Hunter from Family Video Network, another organizer behind the petition. “We feel that’s way too broad. And that shows a lack of understanding about YouTube.”YouTube has said it will comply with the new rules, but it has also encouraged creators to express their views. The company sent a notice to creators over the summer informing them of a workshop with the FTC. “It is important they hear from creators and small businesses that could be deeply impacted by potential changes,” a YouTube representative wrote, according to an email viewed by Bloomberg News.

On today's show, 3:05pm CT, 4:05pm ET: Impeachment: Trump addresses Ukranian phone call and whistleblower in two "pressers," impeachment probe rapidly widens as Dems fire off subpoenas, set testimony, Secretary of State listened in, talking heads say impeachment is a political process, but what does Constitution actually say? - we'll explore. Biden threatened Ukraine for investigating Son's Company, Hunter did talk to Joe about business according to The New Yorker - we'll analyze. Plus, BLS claims Americans Spent More on Taxes in 2018 Than on Food, Clothing and Health Care Combined. And, politicians quoting a lot of Scriptures these days, but how accurate are they? https://www.spreaker.com/show/christian-talk-that-rocks http://christiantalkthatrocks.net or http://christiantalkthatrocks.com

On today's show, 3pm CT, 4pm ET: Dorian On The Move: Apocalyptic damage in the Bahamas, body count to rise, 13000+ homes destroyed or badly damaged, relief organizations mobilized, what is the Waffle House Hurricane index and why does FEMA use it? - and how can you help. Whoopi Goldberg smacks down actress on wanting "Political Blacklist" for Trump supporters - hear the audio. Plus, Should Gun ownership be licensed through the Federal government? - one presidential candidate thinks so - find out. And, modern patience lower than ever before - we'll analyze. https://spreaker.com/show/christian-talk-that-rocks http://christiantalkthatrocks.net or http://christiantalkthatrocks.com