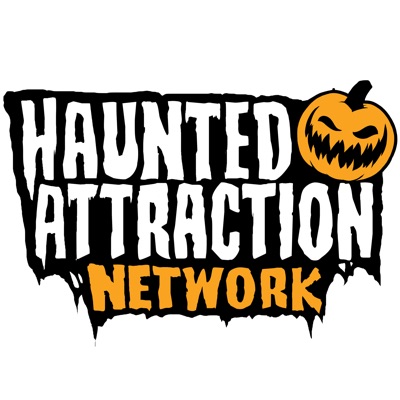 We connect the global Haunted Attraction industry through education, news, and events. Subscribe to our podcast for education and interviews with innovators in the Halloween space.
374 Episodes
Reverse

Road Trip: A Tale of 4 Home HauntersWhile sitting at home is driving some of us crazy, it’s giving others the chance to create. In this year when so many haunts have gone dark, home haunts are seriously stepping up. On today’s special, join me in a road trip to 4 different home haunts. We’ll hear all about the obsession, the learning, and the passion behind these projects. Coming up, we’re stopping at Hull House in Buena Park, 1870 Haunt Manor in Anaheim, The Grey Phantom is Norwalk, and the Real Ghostbusters Display in Austin Texas. Buckle up and let’s hit the road! Credits: This episode was produced by Philip Hernandez with mixing and postproduction by David Swope. Music provided by Chris Thomas at Music for Haunts.

The headless horseman is one of the most iconic images of both Halloween and haunting. His namesake haunt is one of the best known in the country and his tale is many a child's first introduction into spooky stories. But where did this legend come from and how much truth is there to it? Also, are there other headless horsemen around the world? These questions and more will be answered in this episode. Find more of Haunt Weekly at: hauntweekly.com/

Our final Ohio haunt update from the Ohio Haunters Association. Plus, Darryl tells us how Rutherford Manor Haunt uses storytelling to stay top of mind year-round.

How to Celebrate Halloween Week! Halloween 2020 Trends with All Hallows Geek

Halloween week is here! What have you missed?Here's All Hallows Geek with some tips for celebrating Halloween this week. We cover: The depressingly Scaled back retail in stores, how NOBODY wants to give up on trick or treating, In-Car Experiences, EPIC Home Haunts Displays, Haunted Car Washes, Virtual Ques, and tips for Halloween Day. 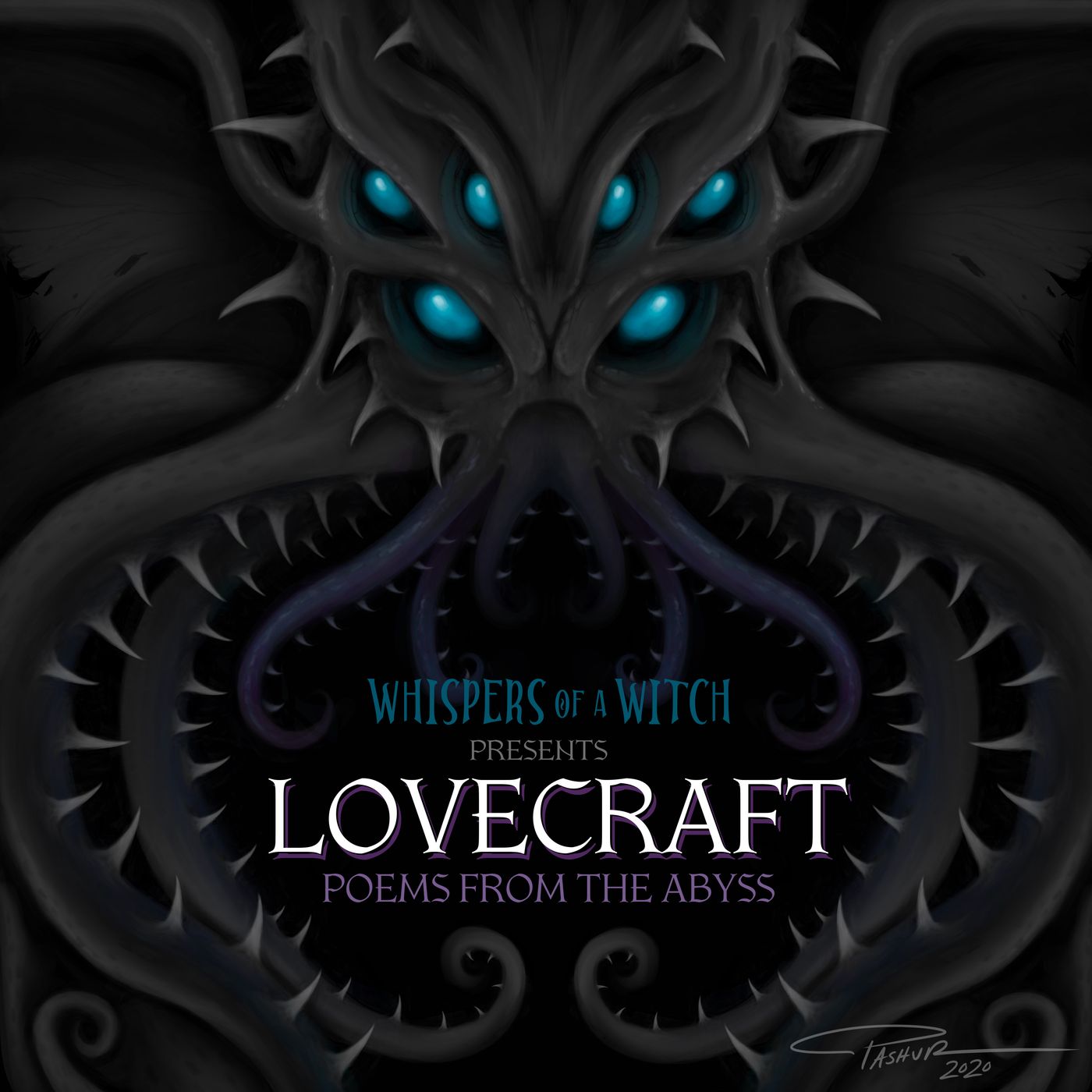 Lovecraft Poems From The Abyss: Whispers of a Witch

Whispers of a Witch is back, this time with LOVECRAFT poems from The Abyss.

Alex Crow discusses the 2020 Creatures of the Night at ZooTampa and their focus on performer interactions. News: Halloween Food Crawl and Creature Safari Announced at Legg Lake; Reese's Is Sending Out Trick-Or-Treat Doors Full Of Free Candy For A Socially Distant Halloween Treat; Anoka’s huge Halloween festival returns to its roots amid pandemic.

Be a CREEP, Take a PEEP... I N S I D E; Italy rants about Halloween; Monster Repellent is here

Justin Fix from JFI Productions (producers of CREEP Los Angeles) discusses their 2020 Halloween show ‘INSIDE.’ INSIDE is a socially-distant bite-sized Halloween treat. Quarantined households (up to 5 people MAX) are invited to a guided outdoor ghost tour. Guests will creep around an iconic haunted LA property for a quick night of spooky stories and striking visuals. Ghostly poetry chronicles this mansion’s dark history as guests get a glimpse INSIDE decades of horrific Halloween nights at home. An ensemble cast of 15 brings these short and terrifying tales to life. An homage to horror and all the charms, thrills, and chills of Halloween, INSIDE is a haunted house experienced from the outside.In the news today: A Texas Haunted House is using Monster Repellant to make guests feel safe; Halloween Displays in Parkland Vandalized by Suspected Teens; Italy governor eyeing COVID surge blasts “idiotic” Halloween; Google launches ‘Frightgeist,’ an interactive website that displays costume trends.

Fort Edmonton Park’s DARK Halloween event has made some changes this year to accommodate the guidelines around the pandemic and the limitations imposed by the park’s construction activities. As a result, much of the Halloween programming will be virtual, but there will be one, live, limited capacity event on site. Rather than its usual 12 days of events, there will be 31 days of DARK throughout the month of October. The emphasis this year is the DARK coming to guests through virtual activities rather than guests venturing into the DARK.Full Story: https://hauntedattractionnetwork.com/fort-edmonton-park-dark-halloween-2020/

Green Tagged Theme Park in 30: 7 Pivots you can learn from and Big Disney Moves

Whispers of a Witch: The Monkey's Paw Short story by W.W. Jacobs

The witch is back to read you some spooky stories.Published in 1902, "The Monkey's Paw" is a supernatural short story by author W. W. Jacobs, first published in England in the collection The Lady of the Barge in 1902. In the story, three wishes are granted to the owner of The Monkey's Paw, but the wishes come with an enormous price for interfering with fate.

Interview: Johnny from Haunt Scene gives an overview of haunted attractions in the Central Florida area.News:New hygiene standards for Hong Kong tourism businesses aimed at getting out message city is safe to visit despite Covid-19 pandemichttps://www.scmp.com/news/hong-kong/hong-kong-economy/article/3104711/new-hygiene-standards-hong-kong-tourism-businesses

Interview: Tim from Scary Good Marketing on what you can do right now to prepare for 2021.News:‘Think Twice': Salem Issues Travel Warning Ahead of Halloween Festivities:https://www.nbcboston.com/news/coronavirus/think-twice-salem-issues-travel-warning-ahead-of-halloween-festivities/2207642/ Brave diners can have a Halloween meal in the London Dungeon's torture chambers:https://www.mirror.co.uk/travel/uk-ireland/brave-diners-can-halloween-meal-22801727Sour Patch Kids Wants to Save Halloween In Your City with Reverse Trick-or-Treating Experience:https://www.allhallowsgeek.com/sour-patch-kids-wants-to-save-halloween-in-your-city-with-reverse-trick-or-treating-experience/Grand Hotel’s Halloween Weekend to feature ‘3,000 feet of fright’ with Haunted Forest Trail, maze:https://www.mlive.com/news/2020/10/grand-hotels-halloween-weekend-to-feature-3000-feet-of-fright-with-haunted-forest-trail-maze.html

BONUS: A Scott in the Dark - Planning for Next Year

Scott discusses what haunters can be doing during the current season to plan for the next. He presents options for both those who are operating this year and those who are not.

Previously on Haunt Weekly, we asked you all for your favorite lighting tricks. Many of you, somewhat to our surprise, said Pepper's Ghost.However, through sheer good fortune, Mental Floss Magazine published an article about the history of the illusion and it turns out to be way more interesting than either of us could have imagined.Pepper's Ghost started life as an attempt to generate interest in science, became a carnival trick and today is actually crucial to a lot of the technology you use.All in all, this history is a LOT more complicated than you might think and well worth the hour to look into.This Week's Episode Includes:IntroAnnounce Last Week's WinnerQuestion for the AudienceWhat We've Been Working OnThe Early History of Pepper's GhostThe Henry Dirks EraEnter John Henry PepperThe DebutThe DeclineThe Modern LegacyConclusionsAll in all, this is one episode you definitely do NOT want to miss!