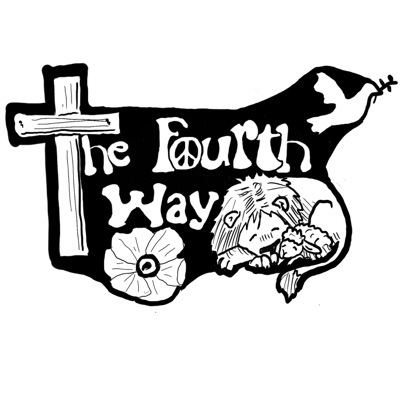 A podcast focusing on issues related to nonviolence
78 Episodes
Reverse

We explore the foundational aspect of objectively weighing the case for nonviolence, which is to address our presuppositions and biases. Derek share's his story and explains how his biases were uncovered. Derek also explains the cumulative nature of the case he'll be making for nonviolence in future episodes.

A look at the positive case for Christian nonviolence as seen in both the Old and New Testaments of scripture.

A look at the positive case for Christian nonviolence as seen in the history of early church writings.

(4) The Case for Christian Nonviolence: Logic and Intuition

Intuition tells most people that nonviolence is often a bad decision in the face of evil...doesn't it? This episode explores evidence that our deep intuitions exhibited in the face of real evil and violence aren't the same as our armchair intuitions. We also explore how empirical evidence bears out the fact that God's way of nonviolence actually proves itself more effective in societal transformation and healing. And to wrap it all up, we take a look at the notion of a "Just War" and examine whether it has coherence, and whether or not it is more idealistic than a position of nonviolence. *See show notes for an addendum

(5) The Case for Christian Nonviolence: The Real World

In this episode I look at several examples of nonviolent individuals and/or nonviolent actions and their consequences in the real world. We look at groups like the Amish and those in Belgium and Denmark in WWII. We also look at individuals like MLK, Sophie Scholl, Desmond Doss, Pablo Yoder, and Dietrich Bonhoeffer. Finally, I provide resources of some other stories and resources which you may find helpful.

Does Jesus using a whip on people overthrow a nonviolent position? What about John's refusal to tell soldiers to leave their profession?

(7) Rebuttal: Nonviolence is Evil in its Refusal to do Good

James tells us that evil is not only doing wrong things, but failing to do right things. Isn't a refusal to intervene in an effective way - sometimes through violence - evil? How does nonviolence avoid evil in its refusal to do good?

When Jesus suffered at the hands of the authorities and lived his life without violence, was this really a prescription for his followers or merely a description of how the Messiah had to live in order to fulfill his role?

With all the violence in the BIble - especially the Old Testament, isn't it clear that violence is a moral option for Christians? In this episode we take a look at one of two major nonviolent views dealing with this question.

With all the violence in the BIble - especially the Old Testament, isn't it clear that violence is a moral option for Christians? In this episode we take a look at the second of two major nonviolent views dealing with this question.

(11) Rebuttal: The Violent Book of Revelation

How does Revelation fit into the nonviolent position? Surprisingly, very well.

Romans 13 is probably the passage most used to attack a nonviolent position. In this episode, we explore the historical understanding of Romans 13, the exegetical approach to the passage, the larger biblical vision of governments, and the cultural context in which the passage was written. We also take a look at some of the internal inconsistencies present in the common reading of Romans 13.

Ghandi said, "There's hope for a violent man to become nonviolent, but not for a coward." Politics has a way of showing us the cowardice behind many of us who cling to violence and coercion. We are scared that if we don't put our leader in office, we will suffer persecution or fail to get our way in the nation. Fear, as we saw in 2016, makes people run to the ballot box. People are scared that integrity may lead to sacrifice, so we compromise with a lesser of two evils, consequentialist moral ethic. There is no hope of peace because we are steeped in fear. The second part in our Romans 13 episode takes a look at the implications of a nonviolent view of Romans 13 in the real world. If violence isn't on the table for Christians, and if the government bears the sword, what does that mean for our political involvement? I try to paint a picture of two ways of living to help you see how we often misplace our hopes and resources, and how we often undervalue the true power of the Kingdom life. While living nonviolently may mean a loss of power in one sense, it may mean grasping the only true source of power as Jesus reveals. *I didn't do a good job of explaining this in the episode, but there are a very broad range of views pacifists take as to what participation in government looks like. I am still not sure where I stand. The view I present in this episode is more of a pendulum swing all the way to one side - showing what the extreme may look like. From there you can figure out where you lie on the spectrum.

(14) Rebuttal: Jesus Advocates Violence in his Command to Buy Swords

Luke 22 shows Jesus telling his disciples to go out and buy swords as he faces a showdown with the unjust authorities. Is this a clear example of Christ condoning violence as an option for his followers?

(15) Rebuttal: Christians in the Roman Army

(16) Rebuttal: The Nonviolent Position Devalues the Sacrifice of Soldiers

America prides itself on being built on the sacrifice of the American soldier. We believe our freedoms have been secured and maintained by brave men and women who have been willing to lay down their lives for the nation. If one adheres to a position of nonviolence, doesn't that devalue the sacrifice of those who put their lives on the line for our freedom and security?

Pacifism may be good in theory, but how does it face up against the reality of extreme evil? What good would pacifism do if there were another Holocaust?

We know that there are certain circumstances where only violence can bring about good. Don't we? We explore a situation where refusing to do violence is seemingly passive, and even evil.

(19) Rebuttal: Would You Really Allow an Intruder to Harm Your Family? (Part 1- the Moral)

Perhaps the biggest hang-up with those assessing the merits of nonviolence is the scenario of an intruder who comes to harm you, your spouse, or your children. Is the loving, moral thing to do seriously to restrain yourself from using violence? In the first part we'll look at the moral aspect of this question.

(20) Rebuttal: Would You Really Allow an Intruder to Harm Your Family? (Part 2- the Practical)

We continue our discussion of how the nonviolent advocate responding to aggressors. Whereas the last episode evaluated the basis of the question and aimed to undercut some of the supposed moral underpinnings assumed in the question, in this episode we attempt to actually answer the question, "what would you do if...?"
See More
Comments