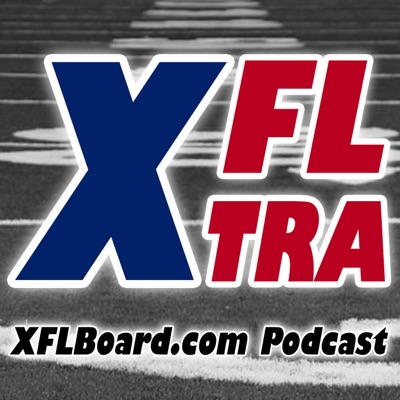 While the XFL exists in name only, the new ownership group of Dany Garcia, Dwayne "The Rock" Johnson and RedBird Capital have decided to pause their plan to kickoff in Spring 2022. Instead, the league has entered into talks with the Canadian Football League with hopes of a merger, and creating a new International league. While the many challenges in such a merger are obvious, and the merger talks are tight-lipped, players, coaches and fans await any news of the outcome. In this episode you will hear two interviews. First, host Mark Nelson speaks to Steve McShane, a Houston Roughnecks running back the host first planned to interview in the weeks leading up to the XFL 2020 season, until he was injured. With the complication of the injury, Steve's appearance was cancelled, with the thought the interview would be done later. Steve is completely rehabbed now, stronger and faster than ever, and he is here to talk about his plan to capitalize on his next football opportunity. In the second interview, Mark speaks to TSN journalist Dave Naylor. Dave bills himself as a football insider and he feels he has decoded the clues that point to the underpinning of the merger of the XFL and CFL, being a desire to build a lucrative new international league. Plus, we will talk about a very contentious subject, "Will the new league play 3-down or 4-down football?" The truth, is we don't now the answer, but Dave has a theory that makes some sense. And "The Rock?" Is it his star power that made the CFL take notice of a merger proposal, or does the CFL need this deal to thrive? We cover a lot! I call this episode Matchmaker, Matchmaker make me a Match. It's about a great running back who is waiting to be matched with a football opportunity, and two football leagues who are doing a courting dance in the hope of a long lasting, and profitable union. Music: Are You Ready – Free music archive. 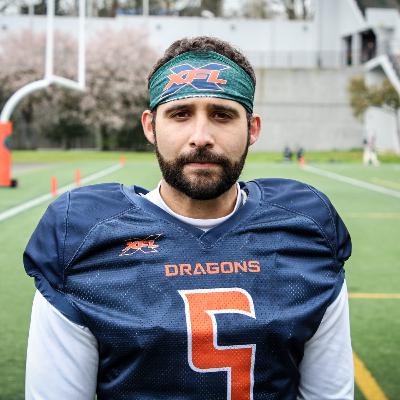 Since the transfer of the XFL to the new ownership group of Dany Garcia, Dwayne The Rock Johnson and RedBird Capital has taken place, the sports world awaits news of when the XFL will return to play. There has been false rumors, which is always frustrating. However, reliable sources have said to expect something soon, and it will be exciting. So, we continue to wait patiently. In this episode host Mark Nelson interviews Ernesto Lacayo, placekicker for the Seattle Dragons.  Ernesto talks about his kicking origins through high school and college, and a nine-year career that took him through the indoor leagues, before he was called in to kick for the Seattle Dragons just prior to their first XFL game. Ernesto tells the story of how the Dragons hired him, what it was like to kick in the home opener at Seattle's CenturyLink Field, and remarks about how he is positive toward the XFL's future.  Plus, how did kickers feel about the XFL footballs? You might be surprised. Music: Are You Ready – Free music archive.

Episode 34 - New owners have the "Keys" to the XFL - Guests: Ranthony Texada and Mike Ellison

A few days ago, the transfer of ownership of the XFL to the new ownership group of Dany Garcia, Dwayne The Rock Johnson and RedBird Capital was completed. As a symbol of taking over the league, Garcia and "The Rock" placed images of "keys" on their social media accounts. The excitement of these new owners taking over the league spread over social media and on fan websites kike wildfire. Surely there are better times in store for the league. In this episode host Mark Nelson interviews two guests. First, he speaks with Ranthony Texada, a former New York Guardians Defensive Back. They discuss Ranthony's football upbringing, and the winding path that has taken him from one football opportunity to another. Second, Mark speaks with Mike Ellison, an XFLBoard.com team reporter for the St. Louis BattleHawks. They discuss the XFL's new ownership group, and break down the process the league may take to rehire staff and put players back on the field. Plus, Dany Garcia promised an XFL that was 24/7/365. What does she mean by that? Music: Are You Ready – Free music archive.

XFL fans have received good news in the purchase of the league by Dany Garcia, Dwayne "The Rock" Johnson and RedBird Capital. We are not yet sure when and how the XFL will hit the field for their next game. This is exactly what we will talk about in this podcast. First, host Mark Nelson introduces Randy Mueller, former Director of Pro Personnel for the Houston Roughnecks. They discuss the XFL's player recruitment process, the accomplishments of the league, and more specifically the success of the Houston Roughnecks. Then they touch upon how Randy feels the league may continue forward, and whether he might be a part of that process. Second, you will hear a discussion with Greg Parks, an XFLBoard.com team reporter for the Tampa Bay Vipers, and Mike Mitchell, a writer with XFLNewsHub and XFLBoard.com, as the team reporter for the NY Guardians. They discuss the purchase of the XFL, possible league startup schedules, which XFL personnel will probably return, and the broadcast possibilities that might now be on the table. Plus, Dany Garcia mentioned expansion. What did she mean by this? This podcast is our longest one yet, at over one hour and forty minutes. We dissect a lot of important topics in this one. Sit back and relax, as you are in for plenty of exciting XFL news and views.  Music: Are You Ready – Free music archive.

Episode 32 - Grind with a Purpose - Kenneth Farrow and Jackson Conner

First, host Mark Nelson talks with Seattle Dragons running back Kenneth Farrow about the shortened XFL season, the success of the Seattle Dragons especially with the fans in the city of Seattle, his work with the "Grind with a Purpose" foundation, and...

With the COVID-19 pandemic causing governments to dictate regulations regarding public gatherings, and considering the health and safety of XFL players, coaches and staffs, the XFL had no choice but to officially cancel the remainder of their 2020...

With the XFL shutting down their regular season, we are left to wonder what could have been if the second half of the season would have unfolded. With this in mind, Mark Nelson has invited Mike Mitchell to the podcast discuss the current situation with...

First, we speak to DC Defenders linebacker Jameer Thurman. We talk to Jameer the standout season he is having with the Defenders of the XFL, and hear how Jameer feels the Defenders are destined to go all the way to the XFL championship. Then we  speak...

First, we speak to Dean Blandino the Head of XFL Officiating. We discuss the state of XFL officiating after week three, and talk about how transparent the league is attempting to be in its enforcement of the rules. Then we speak to Colin Gray, one of...

First, we go to the Houston and speak to James Butler a running back with the Houston Roughnecks of the XFL. We talk to James about how he is making the most of his opportunity with the Roughnecks, and about something he calls the "Houston Hop." Then we...

First, we go to the west coast and speak to Dontez Byrd, a wide receiver with the Seattle Dragons of the XFL. We talk with Dontez about the Dragons first win, and how exciting it is to play in a sports-minded city like Seattle. Then we speak to Mike...

First, we go to the east coast and speak to Colby Pearson, a wide receiver with the New York Guardians. We talk to Colby about his first XFL game, and what it was like to score a touchdown on national television. Then we speak to Mike Ellison, the...

Mike Mitchell talks about the readiness of the XFL and the New York Guardians. 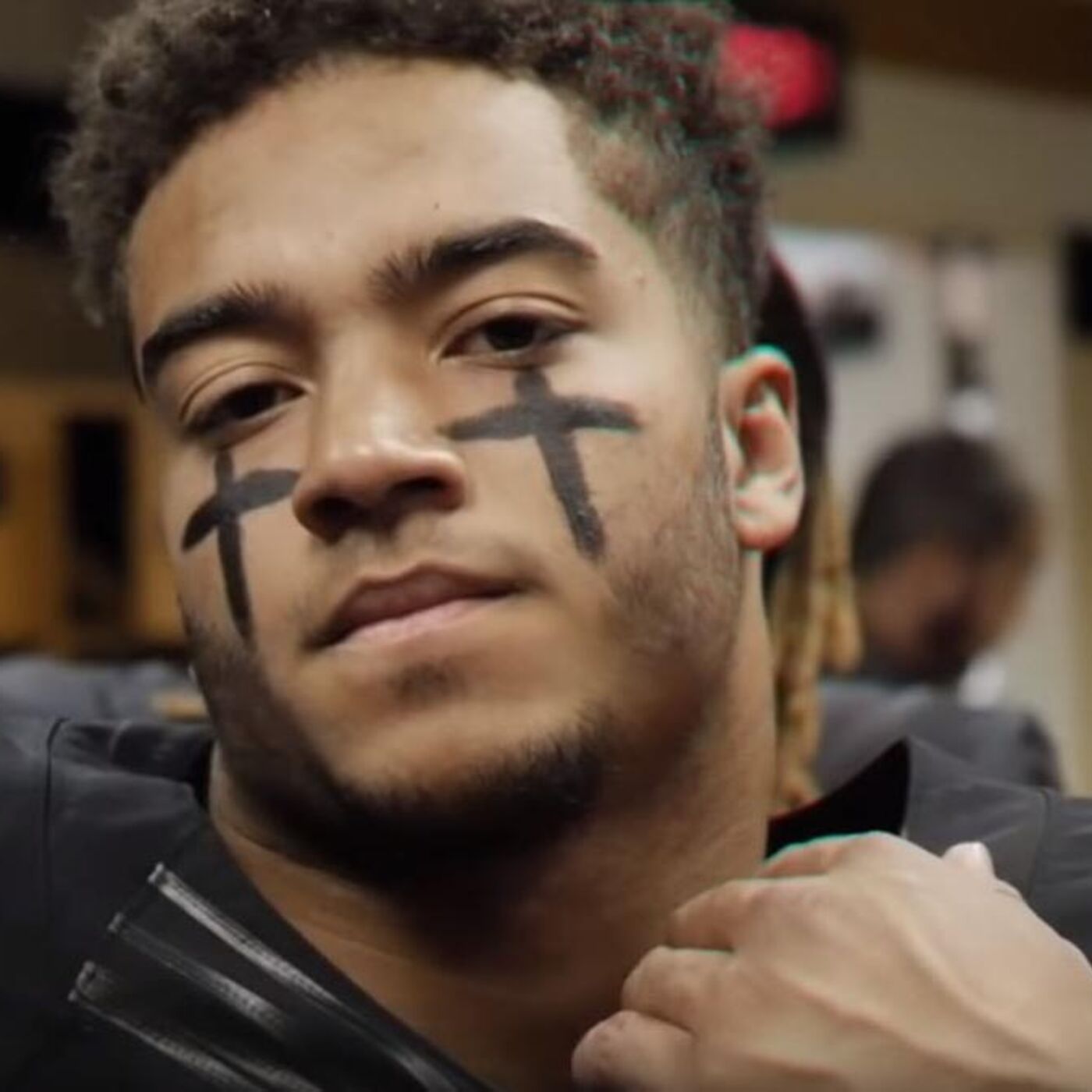 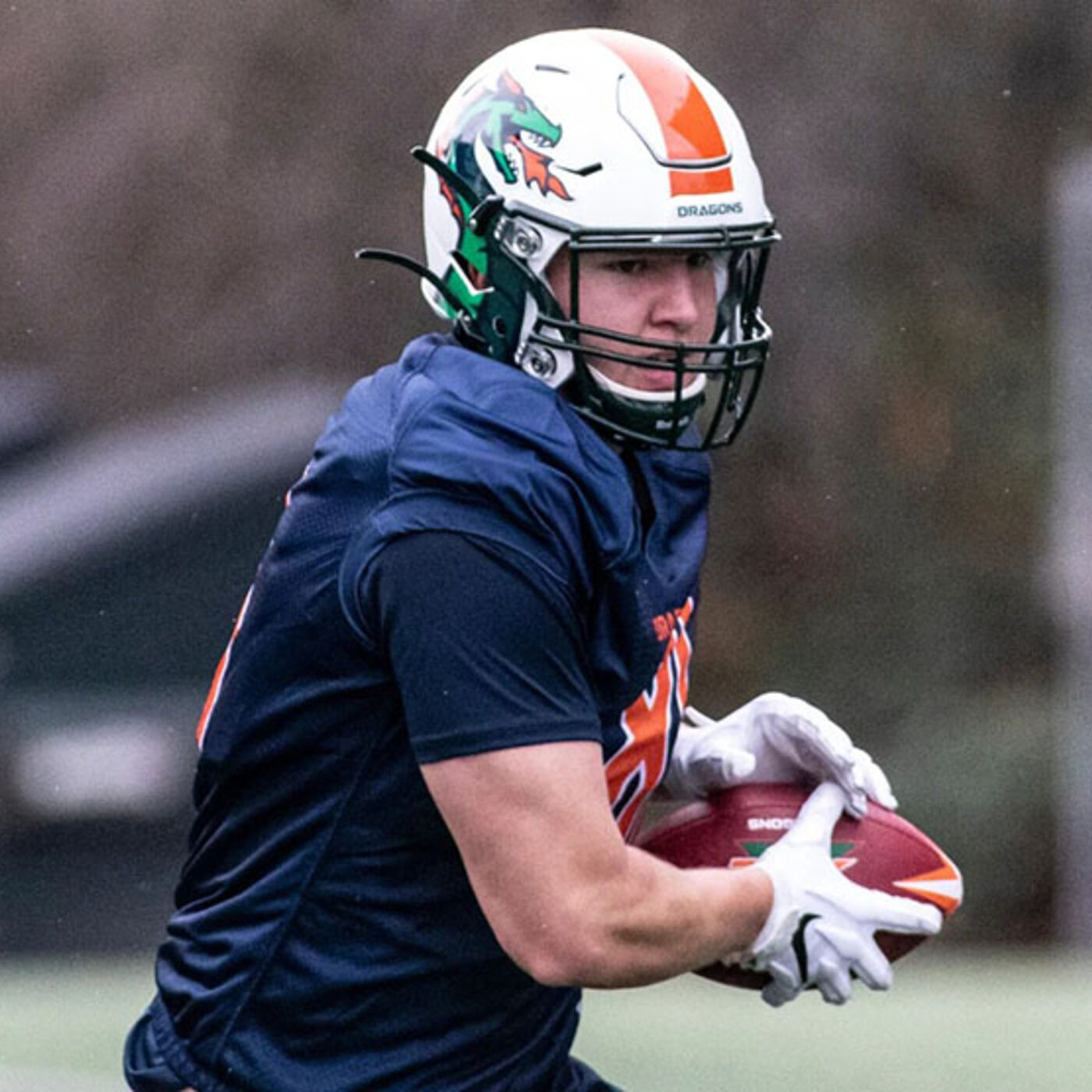