For the fourth instalment of the Loving Literature series Jimmy and Erini discuss the value in stepping outside of comfort zones in terms of the literature we typically favour in order to enrich our perspectives.  Jimmy and Erini also reflect upon the fact that in 2021 reading a book can often mean listening to a book in the car or when we are out exercising, and discuss how we may even select specific genres based on the method or device we intend to use to explore a story.

Today we share the third instalment of the Loving Literature Series with Jimmy Bowens and Erini Christopoulos.  In this episode Jimmy and Erini explore the literature that impacted them significantly during their university years.  For Erini it was a dark Shakespeare play that set itself apart and changed her journey, for Jimmy it was Joyce that connected deeply with him and aligned with his artistic inclinations of that period. This episode is an extremely enjoyable listening experience as both Jimmy and Erini have a wonderful knack for setting the scene and transporting the listener back to the era in which the text impacted their life.

In the second part of the Loving Literature series Jimmy Bowens and Erini Christopoulos discuss the literature that had the biggest impact on their teenage years. For Jimmy he continued to be drawn to the dark and mysterious pull of the gothic genre. For Erini the dystopian genre stirred her own notion of social justice and political awareness.  Get ready for some nostalgia because listening to this podcast will have you looking back fondly to your own teenage years and the literature that had an impact on you and perhaps the path you followed into your adult years.

In our current EPisodes series Jimmy Bowens and Erini Christopoulos discuss the literature that has shaped their passion for the written word. In the first EPisode of the series,  Jimmy and Erini explore the first books they remember having a significant impact upon them as children and then discuss the books that opened the door for them becoming true independent readers. 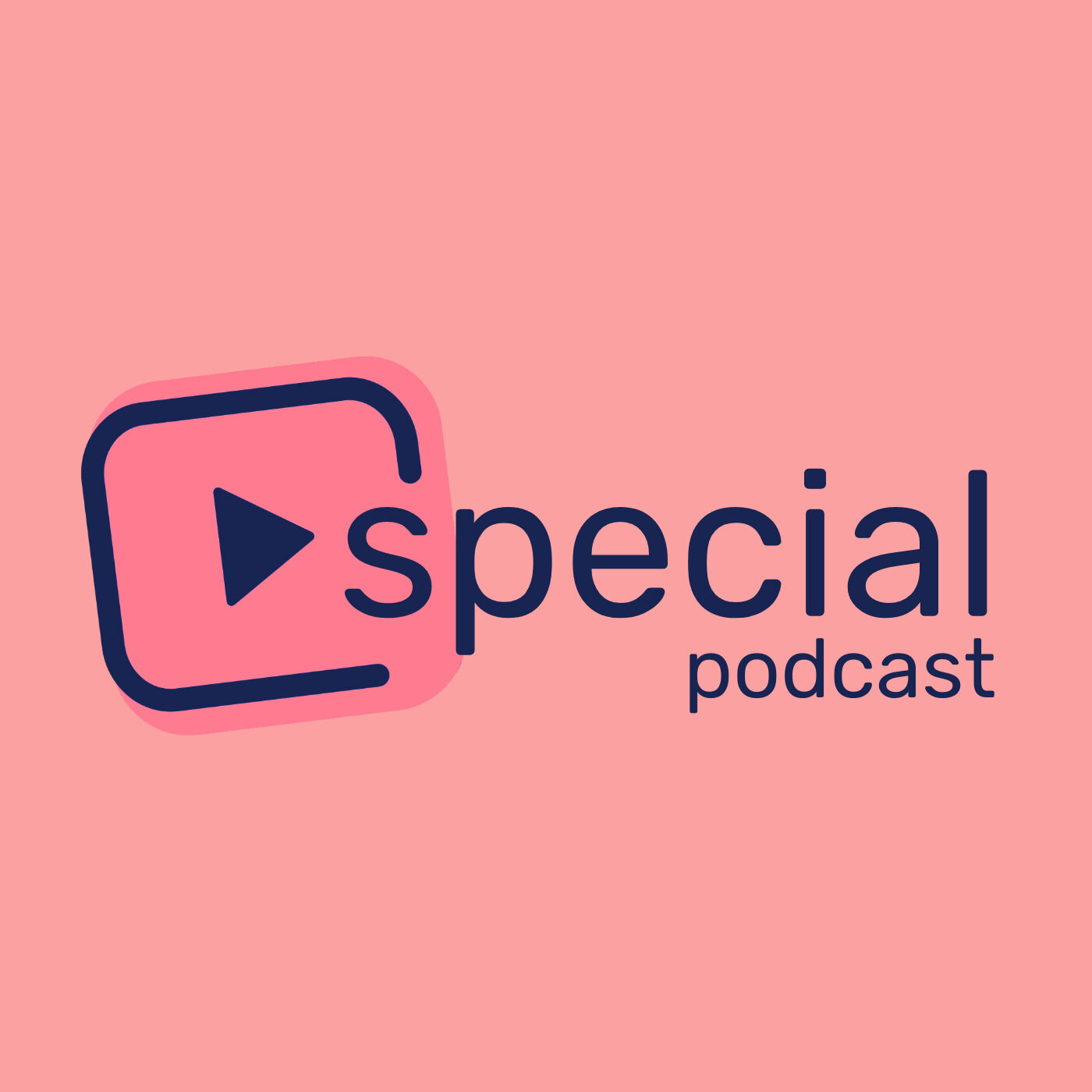 In today's special episode Education Perfect's UAE Teacher Consultant, Mel Musgrove and Dubai based Contractor Teacher Consultant, Ravi Sekhon discuss the 2021 Education Perfect Language Championships which took place across 7 days in March this year. Over 118 million questions were answered by over 200,000 students across the globe! An incredible event! "Students love a good competition! Who doesn't want to be the global leader, or have the title of the best school in the world against 1,300 other schools that are competing in the competition?"

34: Women in STEM: A Conversation with Lauren Pugh on the Value of Project Based Learning Experiences and the Importance of Curiosity and Exploration for Girls in Education.

STEM teacher and educator Lauren Pugh discusses with Jimmy Bowens her background, education and the way in which developing a curiosity mindset, Kiwi ingenuity and building confidence through the unpacking of answers has enabled her to become a successful woman in STEM.  Lauren talks about the way in which assessment driven outcomes can hinder women or girls in STEM and can create a negative experience for early learners in the field, curiosity and exploration should be the priority as opposed to overall outcome. She explores how communicating how to be confident and have a growth mindset through the traditionally challenging environment of online learning requires project based learning experiences, the weaving of educational objectives with a personal journey, and the proactive fostering of a go-getter attitude in girls."I never call STEM Science Technology and Maths. I say it’s a problem-solving mindset, a curiosity mindset. Being in STEM is more about how you think about things, and not necessarily about skills in those areas."

"We need to change our perspective of what success means in learning. Students also need to be told that it is okay to fail, that it is about the progression of your knowledge building and that we’re in this together!"Ben Hilliam, Jimmy Bowens and Philippa Kruger reflect on the last year. The highs and the lows of remote teaching and learning and how teachers around the world have coped with the stress of COVID-19. They also explore the ongoing impact of the global pandemic on our society and on the future of education.

32: The Importance of Empathy and Humour

Philippa Kruger talks to William Connor, a producer of the animated series Lifeswap, a series of short animated Skype conversations between two young men Jörg, 27 from Münster, Germany and Duncan, 27 from Wellington, New Zealand. William works on the Lifeswap episodes with his husband, animator Steffan Kreft.  In this episode William discusses what goes on behind the scenes with Lifeswap and also gives some advice for us at the end of what has been a crazy year."As Language Teachers, [or] any kind of teacher, our job is to provide bridges for people to walk away from themselves, walk away from their narrow perspective and see themselves and their cultures and their languages, from the other side of a divide."

31: Strategies to improve numeracy across primary and secondary schools

Ben Hilliam talks to Ian Stevens, the CEO and founder of Maths Adventures, a NZ based company that supports Maths teachers from primary to secondary schools. Ian has vast experience in Maths education, having been both a primary and secondary teacher, a lecturer, a Principal and the Team Leader of Numeracy at the Ministry of Education. Together they discuss the strategies around improving numeracy across all years of primary and secondary school, and the impact and limits of technology in aiding this process.

30: The importance of relationships for nurturing creativity and expression

Jimmy chats to Edwin McRae, LitRPG author, narrative designer and narrative paramedic for the video games industry. Edwin has been a screenwriter and story designer for over 13 years now. After four years of writing for television, he started with Grinding Gear Games in 2010 and became lead writer on the creative team that took their online RPG, Path of Exile, from 80,000 players to 20 million players. Together, Jimmy and Edwin discuss how to nurture creativity and expression in students, communicating and maintaining relationships online, and what it means to be a narrative designer.

29: What makes a good educator? With Mitch Center.

In this EPisode, Jimmy chats with Mitch Center, a highly experienced educational leader. Mitch is the founder of Center Educational Consulting. Together they explore his experience working with educational leaders to support, evaluate and empower teachers.Mitch's song recommendation = Lose Yourself by Eminem You can contact Mitch at mitch@centereducationalconsulting.comTo continue the conversation, join our Teaching and Learning in the Digital Age group on LinkedIn or Facebook.

In this EPisode, Ben chats with Alexandra Tselios, founder and CEO of The Big Smoke Media Group. Together, they take a deep dive into the current abundance of conspiracy theories, how to deal with them when discussing them with students, the importance of education, and how robots are influencing education. To continue the conversation, join our Teaching and Learning in the Digital Age group on LinkedIn or Facebook.

28: Building futures and unleashing the potential of students with Cara Varian

In this EPisode, Jimmy chats with Cara Varian, Executive Director at the Harding Miller Education Foundation. The Foundation provides a unique scholarship program for high potential girls from low socioeconomic circumstances. "When you educate a girl you break the vicious cycle of poverty. Girls supported with equipment, money for resources and tutoring and coaching will be much more likely to complete high school and undertake further education after school." Scholarship application 2022 scholarships will open in July 2021Cara's song recommendation = I wish I was a punk rocker by Sandi ThomTo continue the conversation, join our Teaching and Learning in the Digital Age group on LinkedIn or Facebook.

26: Disrupted learning and the voice of our students

In this EPisode, Jimmy talks with Wren Gillett, student voice advocate at Pivot. "In order to be able to speak on behalf of others, you need to recognise that you have a voice yourself." Wren was part of VicSRC’s executive committee for close to three years, and chaired the executive team within this time. She has a been a youth champion for charitable organisations and has spoken at multiple conferences and events across Australia. Wren is currently in her first year of university majoring in journalism, and continues to be a passionate spokesperson for young people. Together, Jimmy and Wren chat about the power and significance of student voice, agency, and empowerment.To continue the conversation, join our Teaching and Learning in the Digital Age group on LinkedIn or Facebook.

25: Insights from a Western Academy of Beijing teacher. 5 months on.

In this EPisode, Philippa catches up again with Keri-Lee Beasley, the High School Learning & ICT Coach at the Western Academy of Beijing. This insightful EPisode is packed full of ideas to support effective blended learning. Keri-Lee shares measures put in place to nurture student and staff wellbeing. She also recommends specific tools you can use in your practice and how using data to inform and guide your next steps with students is key. Lastly, Keri-Lee shares her hopes for future changes to education as a result of COVID-19.Links:Resources to support students' learning, activity and well-being -https://library.wab.edu/summerWAB Professional Growth resourcesScreencasting tool - LoomDoing your own assignments - dog-foodingVisuals and videos - Canva, FlipGridGetting to know your students tools - Icebreakers for Online Teaching or 100 Would You Rather questions for teenagers. For younger students, sift through these Icebreakers for online learning

24: From a flipped classroom to edtech

In this EPisode, Jimmy talks to Kelly Hollis, Global Head of Science at EP. Kelly shares her education journey, from taking all the opportunities that crossed her way, to maximising teaching efficiency by flipping her classroom, and creating a culture of sharing and collaboration. Kelly is a wonderful example of authenticity, positivity, and innovation.To continue the conversation, join our Teaching and Learning in the Digital Age group on LinkedIn and Facebook.

23: The importance of statistical literacy education in functional democracies

In this EPisode, Ben Hilliam chats with Alethea Rea, PhD, who is a lecturer at Murdoch University in Perth, Australia. Together they discuss mathematics, statistics, and the importance of critical thinking and knowledge, especially in our post-truth era where opinion is often conflated with fact. It's a fascinating conversation which examines how public discourse can be improved through a better understanding of evidence.

In this EPisode, Ben Hilliam, Global Head of Maths, chats with Beka Roest, HoD of Social Studies at St. Andrew's College in New Zealand. They talk about how to approach teaching the Holocaust in a sensitive, meaningful, and integrated way. And how understanding history is important to navigate our present.Book references:Hitler's Furies: German Women in the Nazi Killing FieldsOrdinary Men: Reserve Police Battalion 101 and the Final Solution in PolandTeaching Resources:Holocaust Centre of New ZealandTo continue the conversation, join our Teaching and Learning in the Digital Age group on LinkedIn and Facebook.

21: Energise and engage your languages class

"Language is all about patterns and connections. Connecting ideas, connecting cultures, connecting structures of language." This EPisode is supercharged with practical ideas to support all macro skills - reading, writing, speaking, and listening. Philippa Kruger, Global Head of Languages, chats with Suzanne Hill (HoD Languages at The King's School in Sydney, Australia) and Adele Scott (Advisory Officer Professional - Curriculum + Assessment, PPTA, New Zealand) about all things languages!To continue the conversation, join our Teaching and Learning in the Digital Age group on LinkedIn and Facebook.

In this EPisode Jimmy talks to Michael Arterberry, Executive Director of Youth Voices Center, Inc. Michael was awarded the Educator of the Year Award from Y-COP, the Youth Community Outreach Program in Mt. Vernon in 2016. They discuss motivation, encouragement, and dealing with trauma. Link to Michael's book - Be Encouraged - 250 days of motivation and encouragement.To continue the conversation, join our Teaching and Learning in the Digital Age group on LinkedIn and Facebook.
See More
Comments