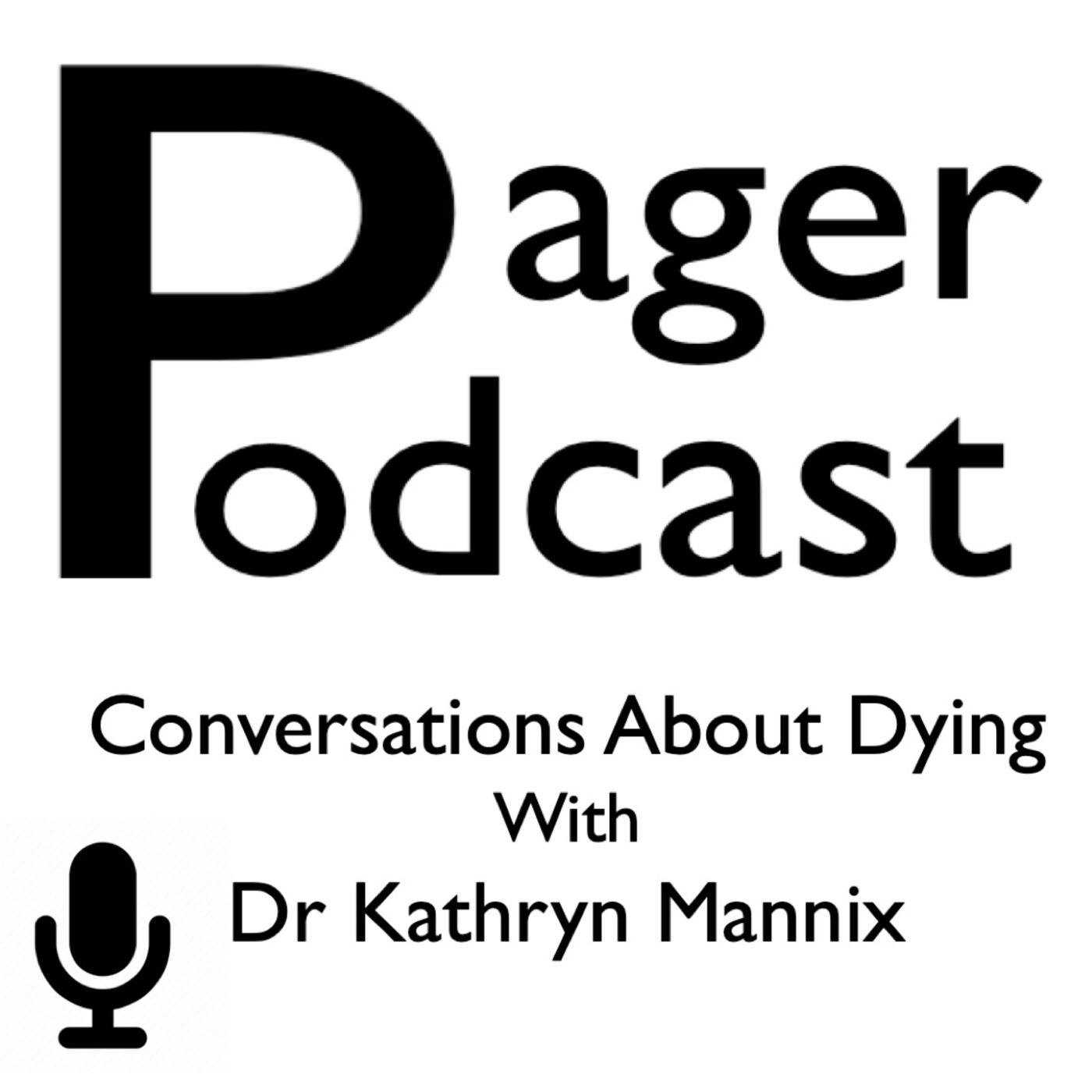 Conversations About Dying with Kathryn Mannix

In this episode,  author,  speaker, campaigner and former palliative care doctor,  Kathryn Mannix, joins us to discuss a range of topics related to dying. We talk about the importance of a wider public conversation about dying, misconception,  the importance of good communication and more. 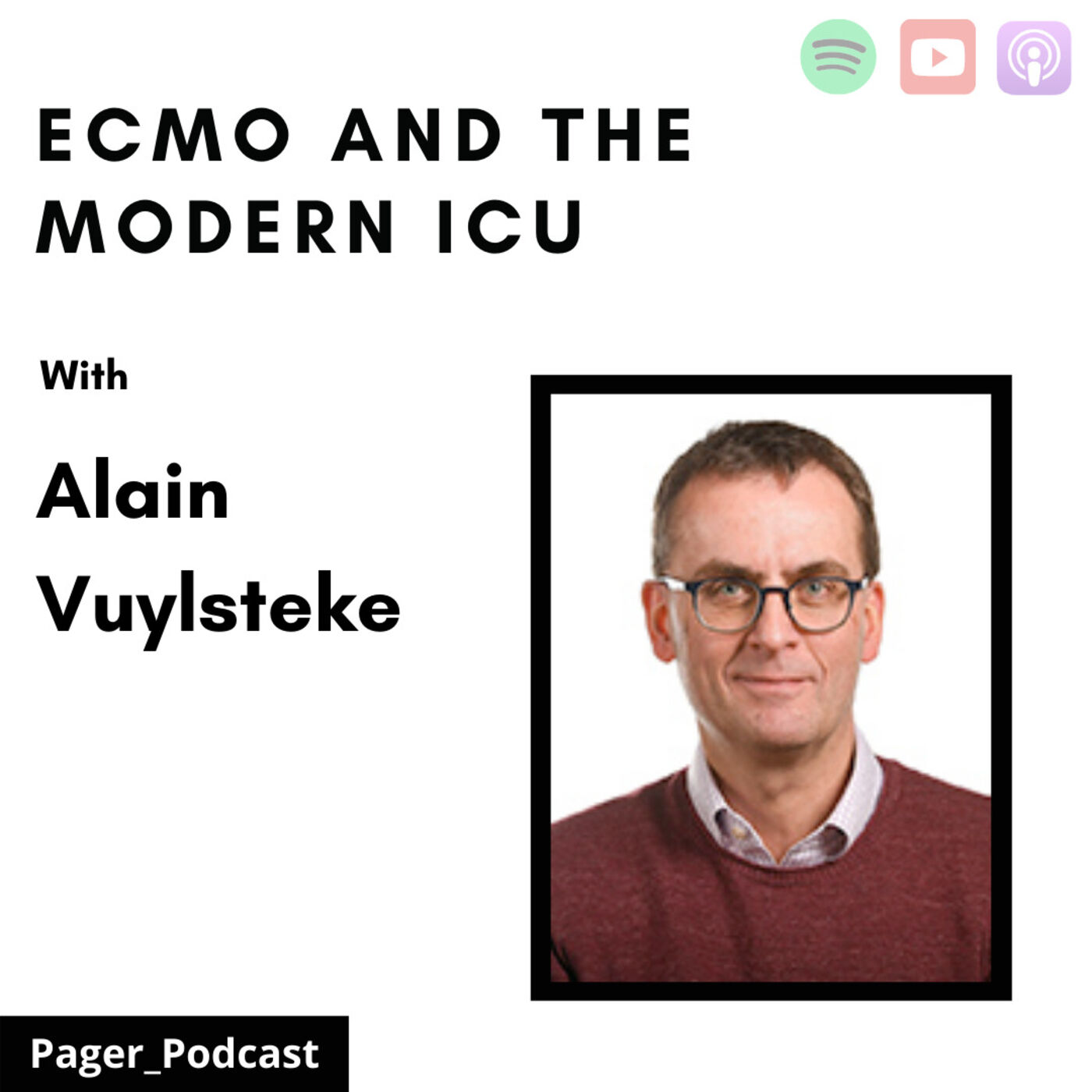 ECMO and the Modern ICU with Alain Vuylsteke

Dr  Alain Vuylsteke,  consultant in intensive care and cardiothoracic anaesthesia,  Clinical Director of the Division of Surgery, Transplantation and Anaesthesia and the Director of the ECMO service at Royal Papworth Hospital  joins us for an episode on extracorporeal membrane oxygenation.  We discuss the ECMO service at Papworth, the evidence base, decision-making with regards to initiation and discontinuation, ECMO in the COVID-19 pandemic, cost and more.  Resources:CESAR Trial: https://www.thelancet.com/journals/lancet/article/PIIS0140-6736(09)61069-2/fulltextEOLIA Trial: https://www.nejm.org/doi/full/10.1056/NEJMoa1800385https://litfl.com/ecmo-extra-corporeal-membrane-oxygenation/ 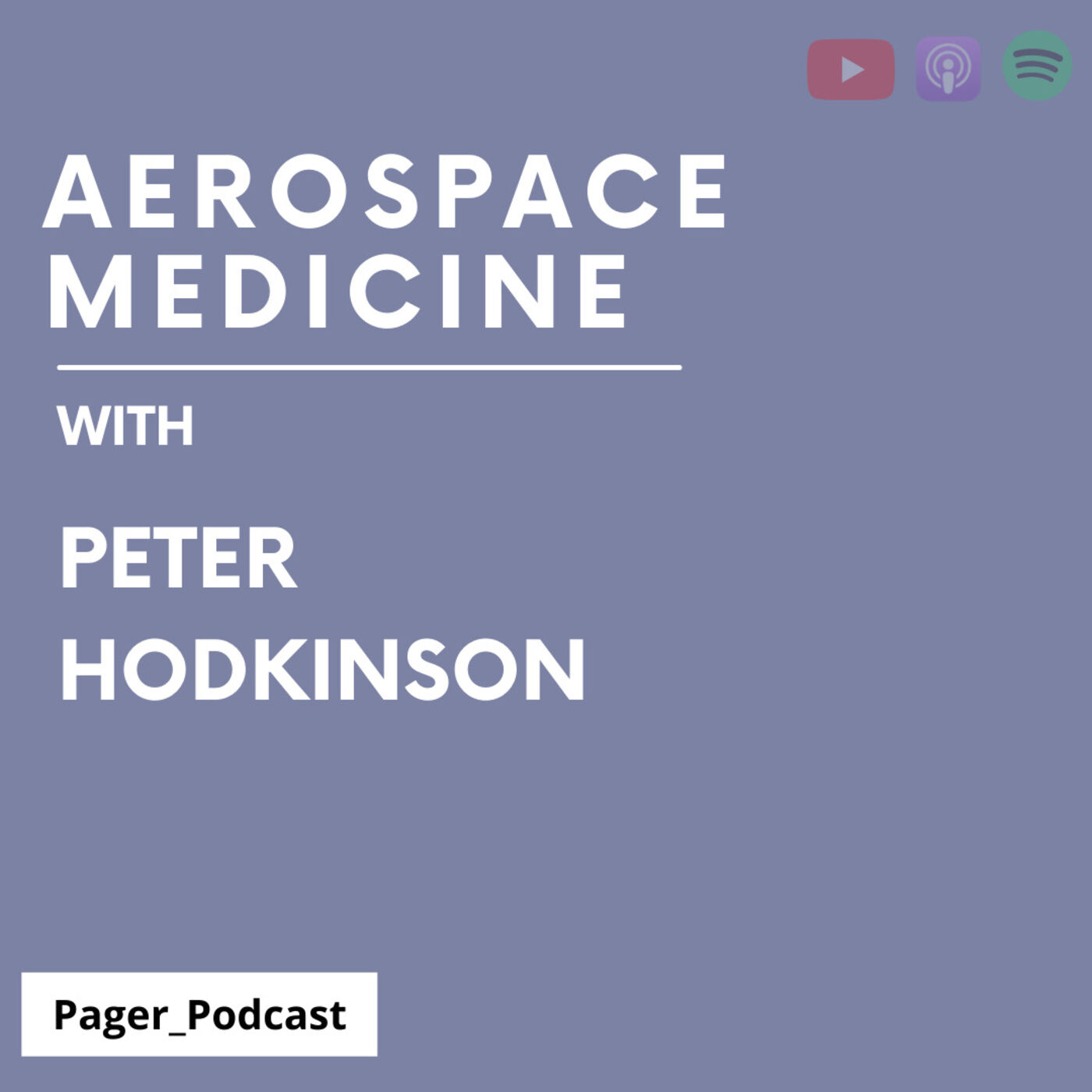 In this episode we speak with Dr Peter Hodkinson, the UK’s first ever consultant in Aviation and Space Medicine and the head of the division of Aerospace Medicine at King’s College. Topics include astronaut selection, adaptation to space flight and travel, managing medical conditions in space and more! An overview of space medicine: https://academic.oup.com/bja/article/119/suppl_1/i143/4638468 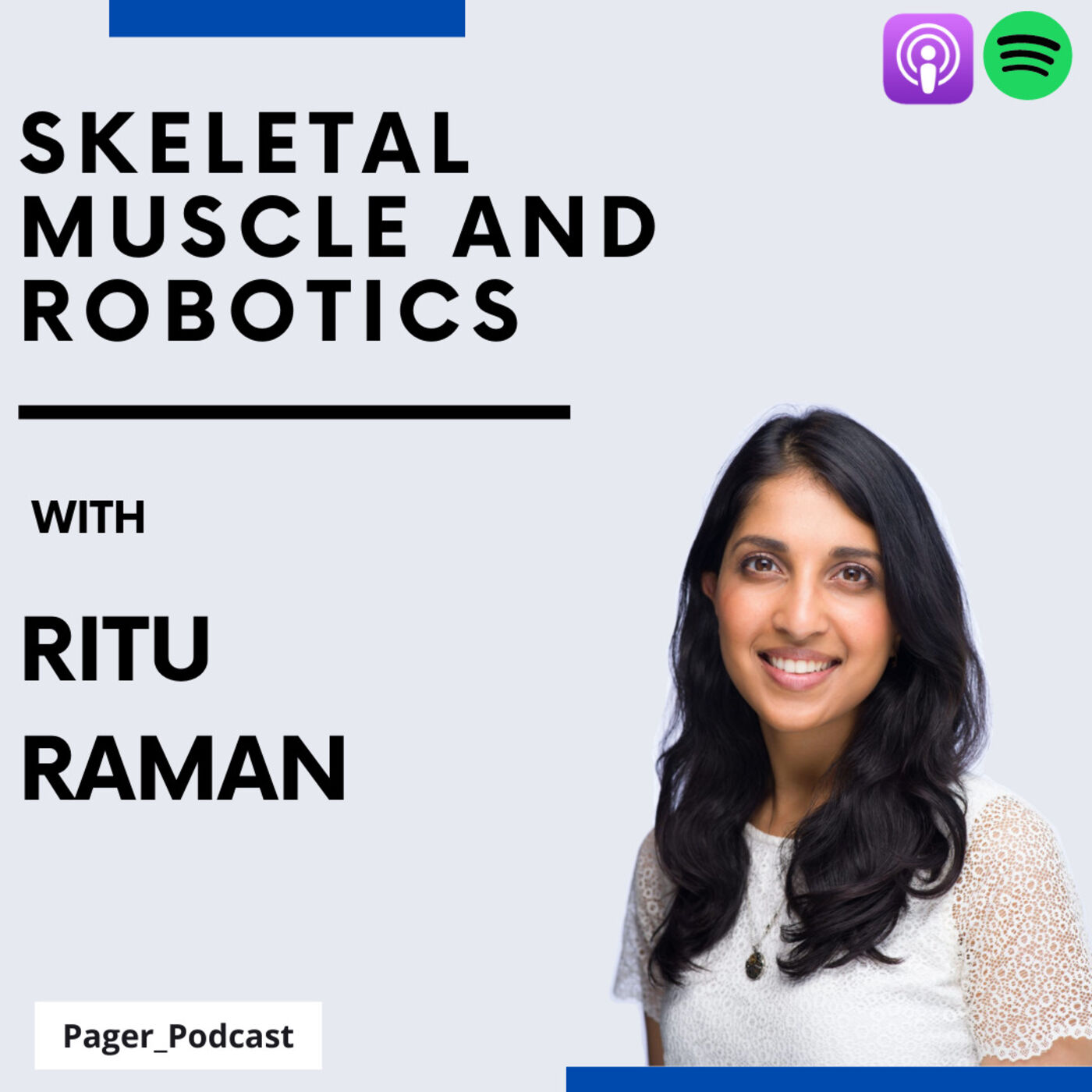 In this episode, Dr Ritu Raman joins us to discuss how engineered skeletal muscle is being applied to both robotics and medicine. We discuss everything from the influences early in Ritu's life and education which drove an interest in engineering, to optogenetics and gene modification. Some themes throughout the conversation are the interesting challenges posed by: inducing repair in muscle, and the complexity of fine motor control.Ritu is the d’Arbeloff Career Development Assistant Professor of Mechanical Engineering at MIT. She received her BS from Cornell University and her PhD as an NSF Graduate Research Fellow at the University of Illinois at Urbana-Champaign. She completed her postdoctoral research with Prof. Bob Langer at MIT, funded by a L’Oréal USA For Women in Science Fellowship and a Ford Foundation Fellowship from the National Academies of Sciences, Engineering, and Medicine. 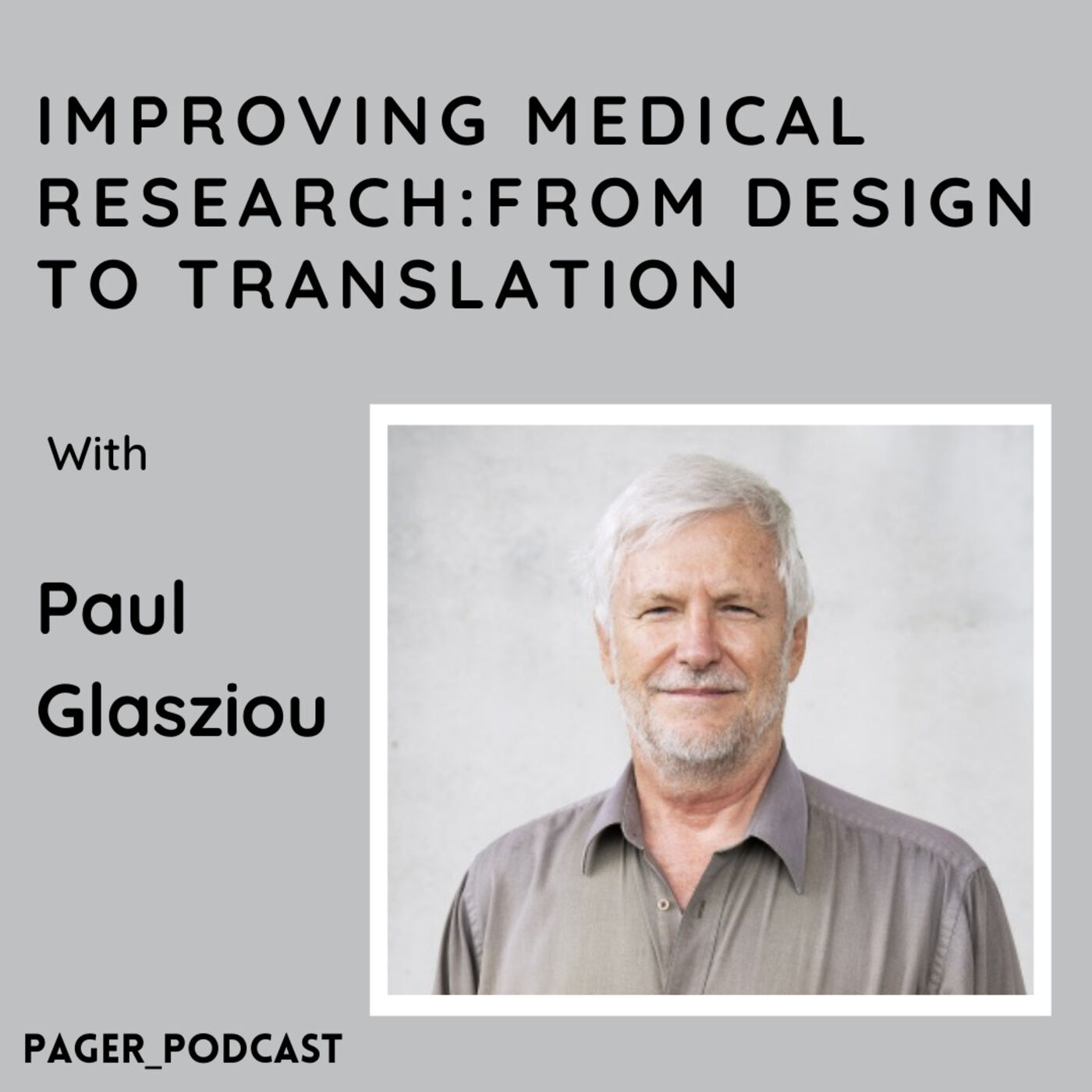 Improving Medical Research: from Design to Translation with Paul Glasziou

Professor Paul Glasziou discusses  a range of topics relating to evidence-based medicine, from  reducing research waste to publication bias;  translation of scientific findings; weighing up a body of evidence; incentivising high quality research and more. Follow us on twitter @PagerPodcast 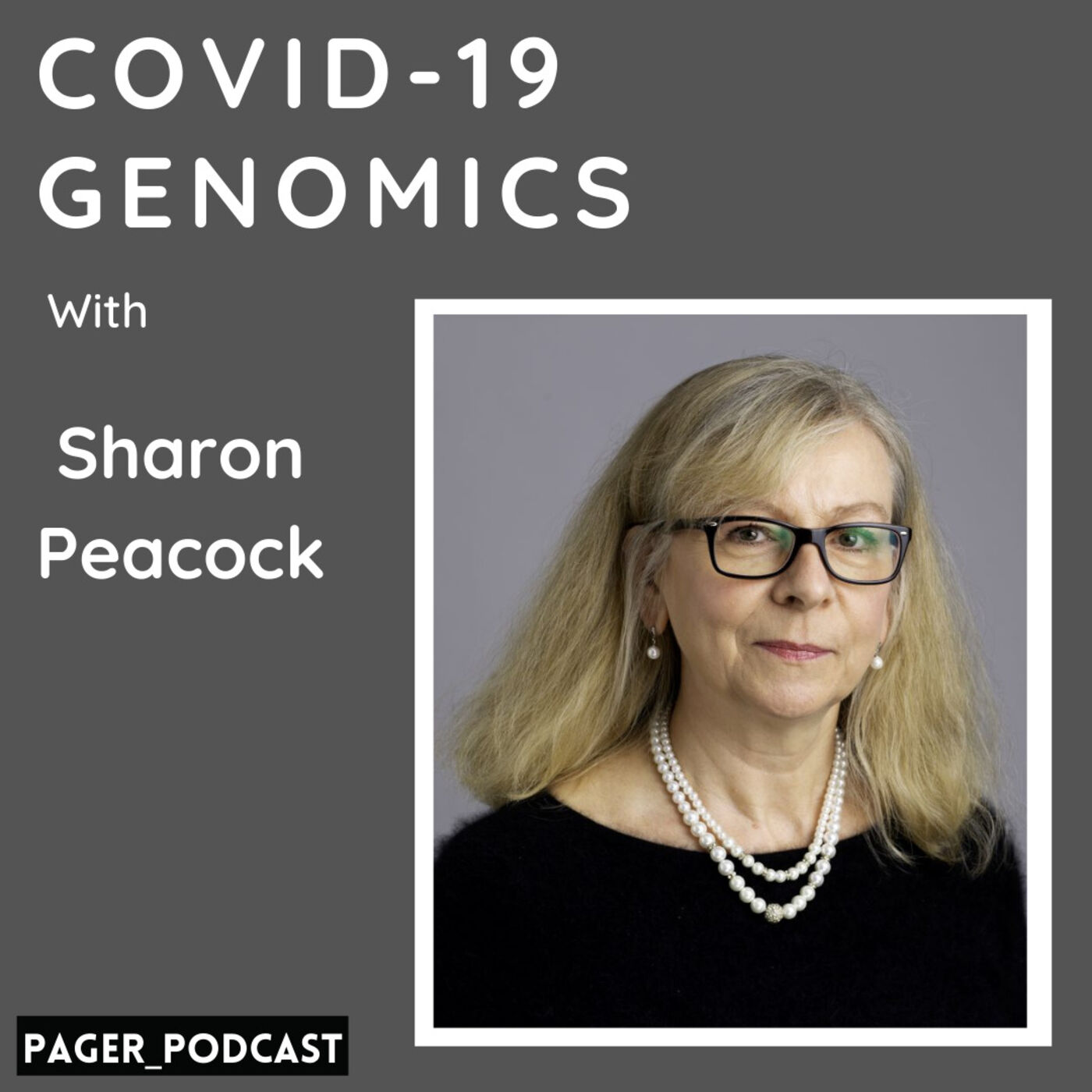 Sharon Peacock,  professor of public health and microbiology at the University of Cambridge,  and  director of the COVID-19  Genomics UK  consortium (COG-UK), discusses all things relating to the UK's sequencing efforts, from the logistics of establishing sequencing networks, to the benefits of sequencing and applications of data collected,. 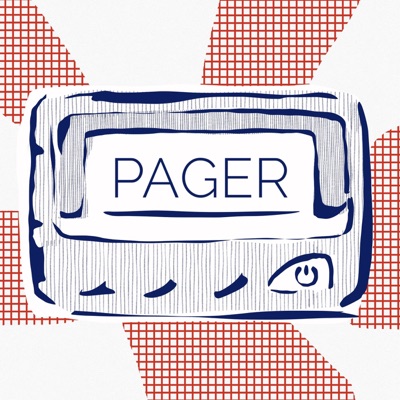 In this conversation, Dr Paola Bonfanti joins us to discuss recent work done by her group to reconstitute the human thymus outside of the human body, using cultured cells and a scaffold.We also discuss how the thymus develops, educates T cells, and how single-cell sequencing and spatial information are changing our understanding of the organ.Paola trained as a doctor in Milan, before training as a stem cell scientist at institutes in California and Switzerland. She now leads a research group at the Crick Institute in London that investigates tissues such as the thymus, and the pancreas in the context of their stem cell and epithelial cell biology.

AI and Philosophy of Science with Sam Gershman

Sam Gershman joins us for a discussion on both AI, and questions in Philosophy of Science. In the podcast we talk about:1) Whether observation and interpretation can be 'theory neutral'.2) How auxiliary hypotheses can 'buffer' our beliefs.3) A Bayesian framework for evaluating our auxiliary hypotheses.3) The aspects of human cognition that AI currently lacks.4) Advancing AI, and the AI alignment problem.Sam is a Professor within the Psychology department at Harvard, where his lab works on questions in learning, memory, and decision making from a computational cognitive neuroscience perspective. 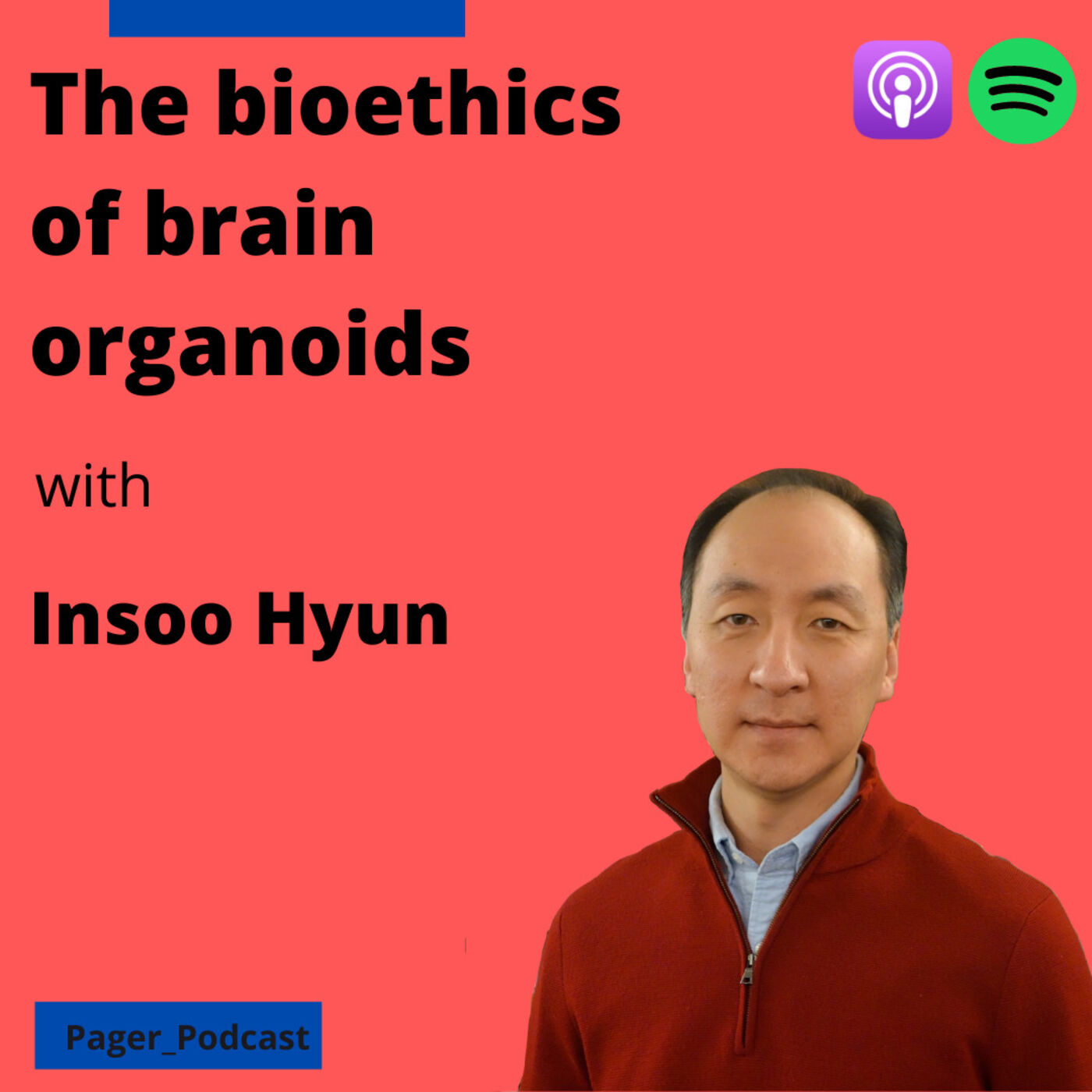 The Bioethics of Brain Organoids with Insoo Hyun

Brain organoids are a new experimental model which will have broad implications for understanding and treating diseases of the brain. But as their sophistication continues to increase, could this ultimately lead to the develop of consciousness in vitro?Dr Insoo Hyun joins us in this episode to discuss bioethics and brain organoids. In the episode we cover:1) What brain organoids are, and the history of their development.2) How new scientific paradigms force are forcing philosophers to reassess age-old philosophical questions.3) How getting close to the actual research is important for ethics in the biomedical sciences.4) What it would mean for an organoid to develop 'consciousness', and how we might consider the ethical and philosophical implications.Dr Hyun is a bioethicist and the Director of Research Ethics at Harvard Medical School, as well as a professor of bioethics at Case Western Reserve Medical School. He's a prinicipal investigator a BRAIN initiative project to study bioethical questions surrounding human brain organoids, and he has also worked on various committees at the ISSCR. 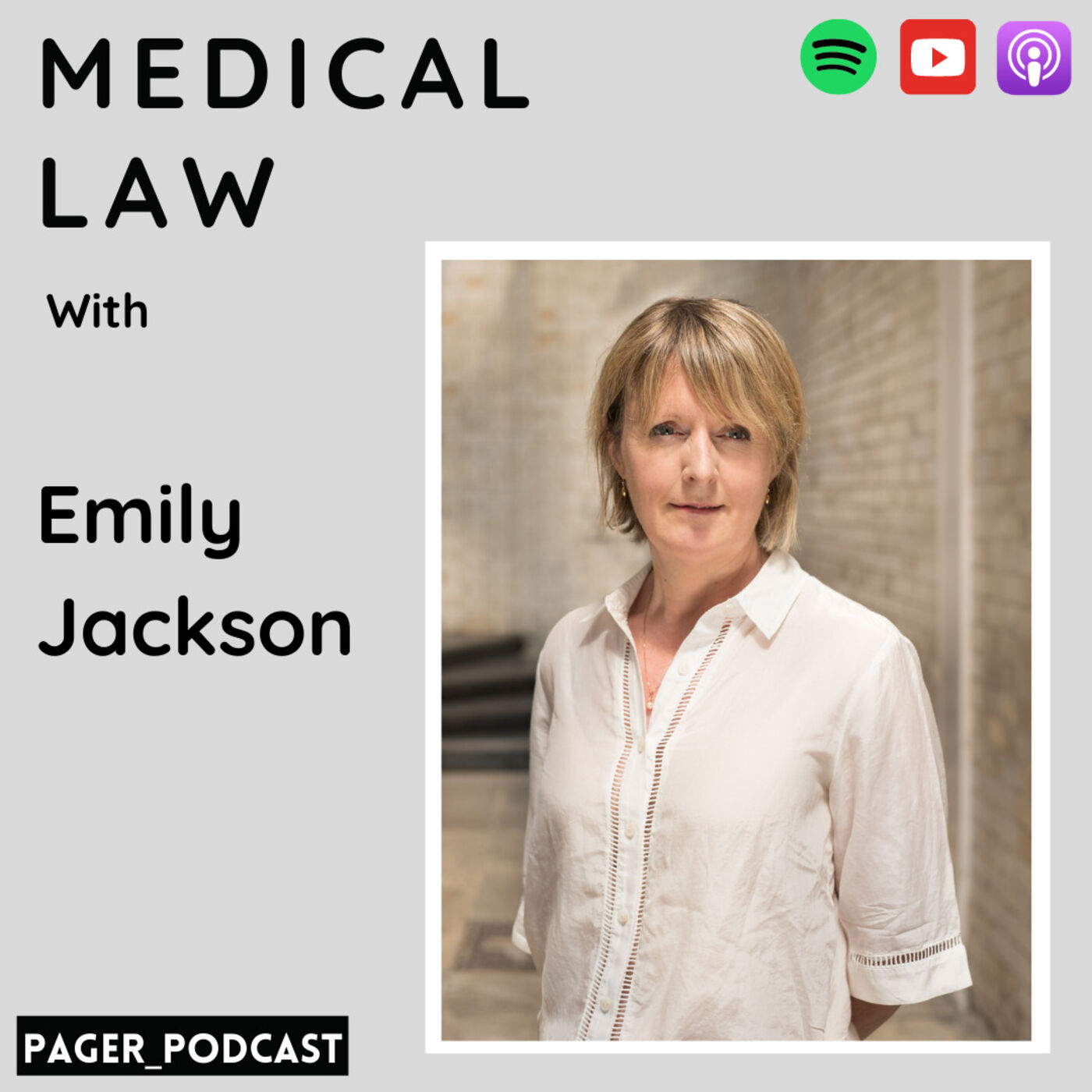 In this episode,  Emily Jackson ,  professor of law at the London School of Economics, joins us to discuss a range of issues relating to medical law.  We talk about regulation  of the pharmaceutical industry, clinical negligence, assisted reproduction and more. 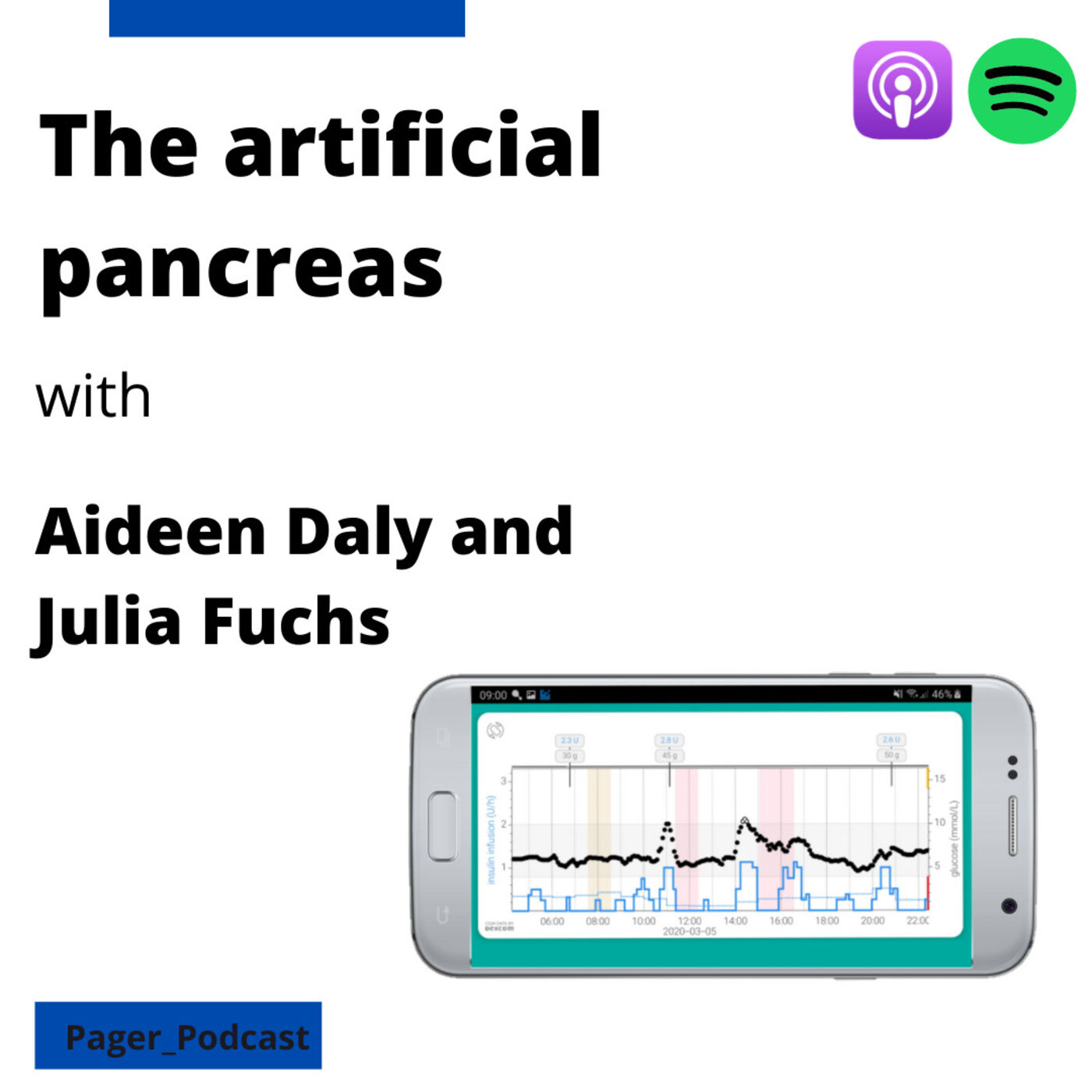 The artificial pancreas with Aideen Daly and Julia Fuchs

In this episode, Drs Aideen Daly and Julia Fuchs join us to discuss the clinical trials for a new 'artificial pancreas' system. This system is designed to manage a type 1 diabetics blood sugar, by integrating a continuous glucose monitor, an app, as well as an insulin pump.We discuss:1) Some of the history of type 1 diabetics, and why diabetics need to inject insulin to regulate their blood glucose.2) Insights gained on from the trials about the system's efficacy3) The difference between a single hormone vs two hormone systemAideen and Julia are clinical researchers in the Hovorka group at the Wellcome-MRC Institute of Metabolic Science in Cambridge, which is focused on developing the artificial pancreas technology. 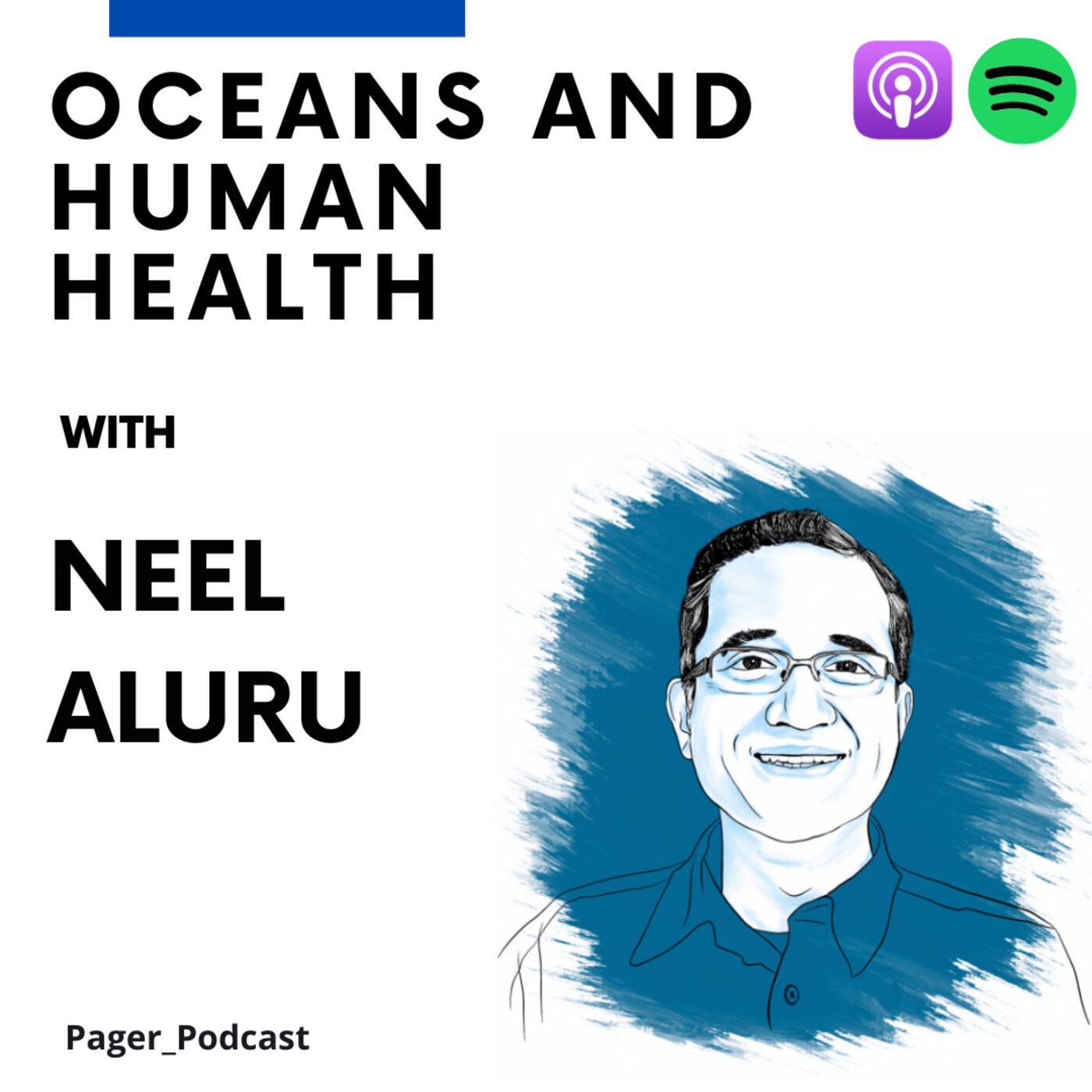 In this episode, Dr Neel Aluru joins us to discuss how toxicants in the ocean affect human health. Dr Aluru is an associate scientist at the Woods Hole Oceanographic Institute, where his research group investigates epigenetic and RNA mechanisms linking chemicals to human health.Topics include:The concept of a 'Developmental Origins of Health and  Disease'How scientists investigate chemicals in the OceanPolychlorinated biphenyls, and their effects on genes in the brainModel systemsGene editing tools, and the future directions of the lab's work 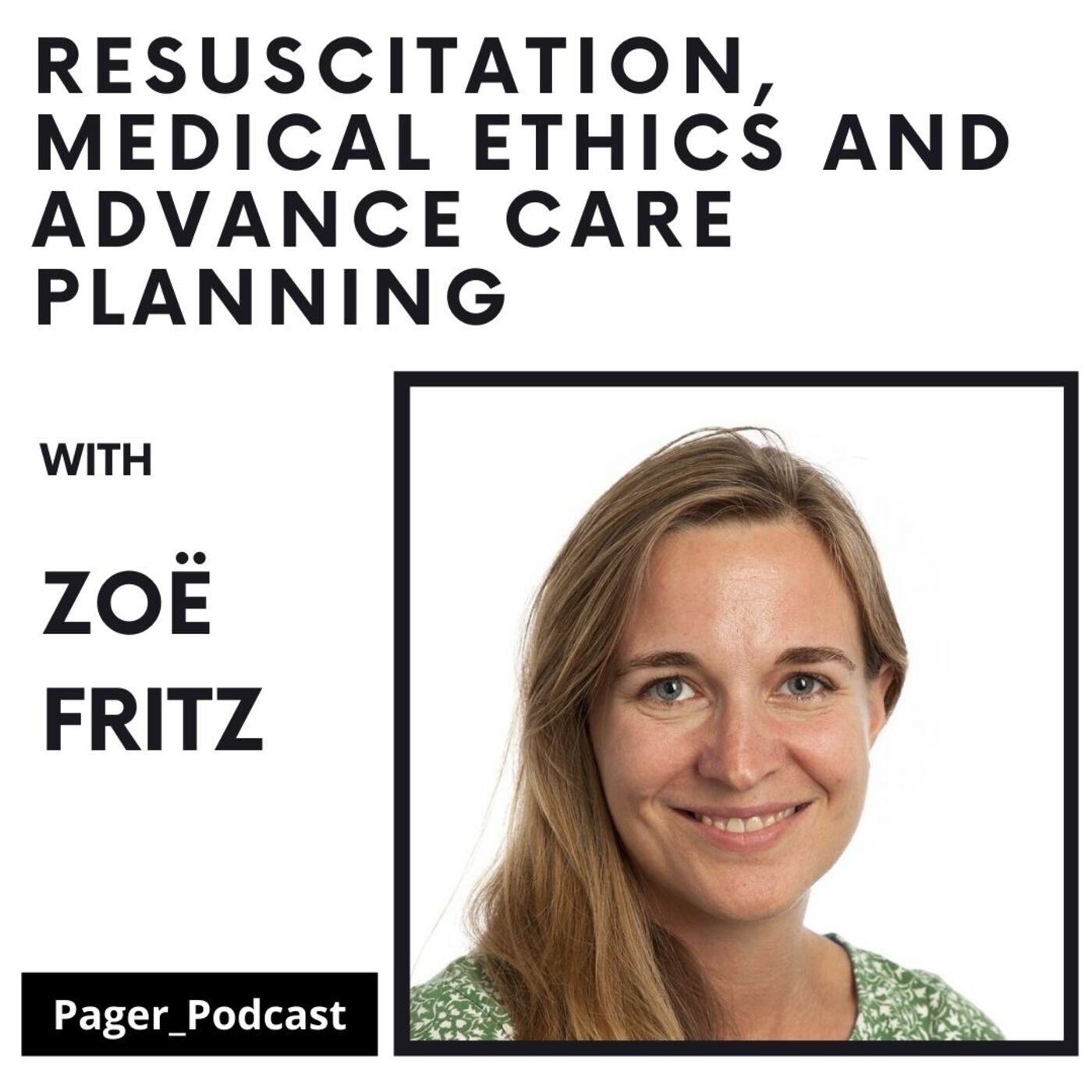 Dr Zoë Fritz  joins us for a discussion of the importance of advance care planning,  patient-centred conversations surrounding  resuscitation and future wishes and her work  in developing the ReSPECT (Recommended Summary Plan for Emergency Care and Treatment) process  which seeks to improve approaches and outcomes in this setting. We also take a deep dive into medical ethics, touching upon best interest decisions, when discussions surrounding future care may not be appropriate and the role of family members in these conversations. Dr Fritz is a consultant  in  acute medicine at Addenbrooke's hospital in Cambridge, UK, and  a Wellcome fellow in Society and Ethics. You can find out more about the ReSPECT process here: https://www.resus.org.uk/respect 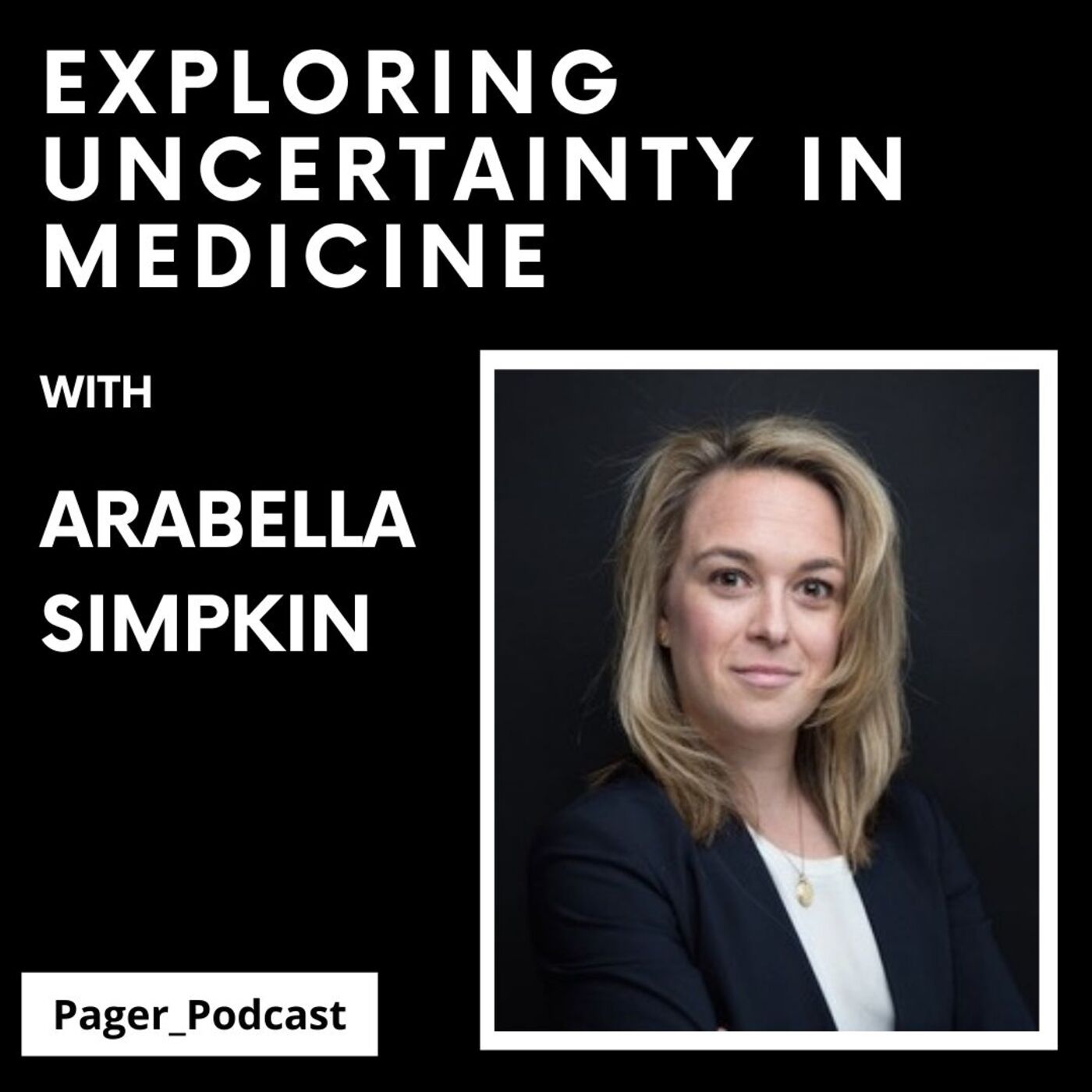 In this episode Dr Arabella Simpkin, a paediatrician and Assistant Professor of Medicine at Harvard Medical School,  joins us to discuss medicine’s relationship with uncertainty and how it can be embraced to improve the lives of patients and clinicians alike. We touch upon the sources of uncertainty in medicine, how we communicate and acknowledge it, its relationship with expertise and medical education, the future of research into uncertainty and more! 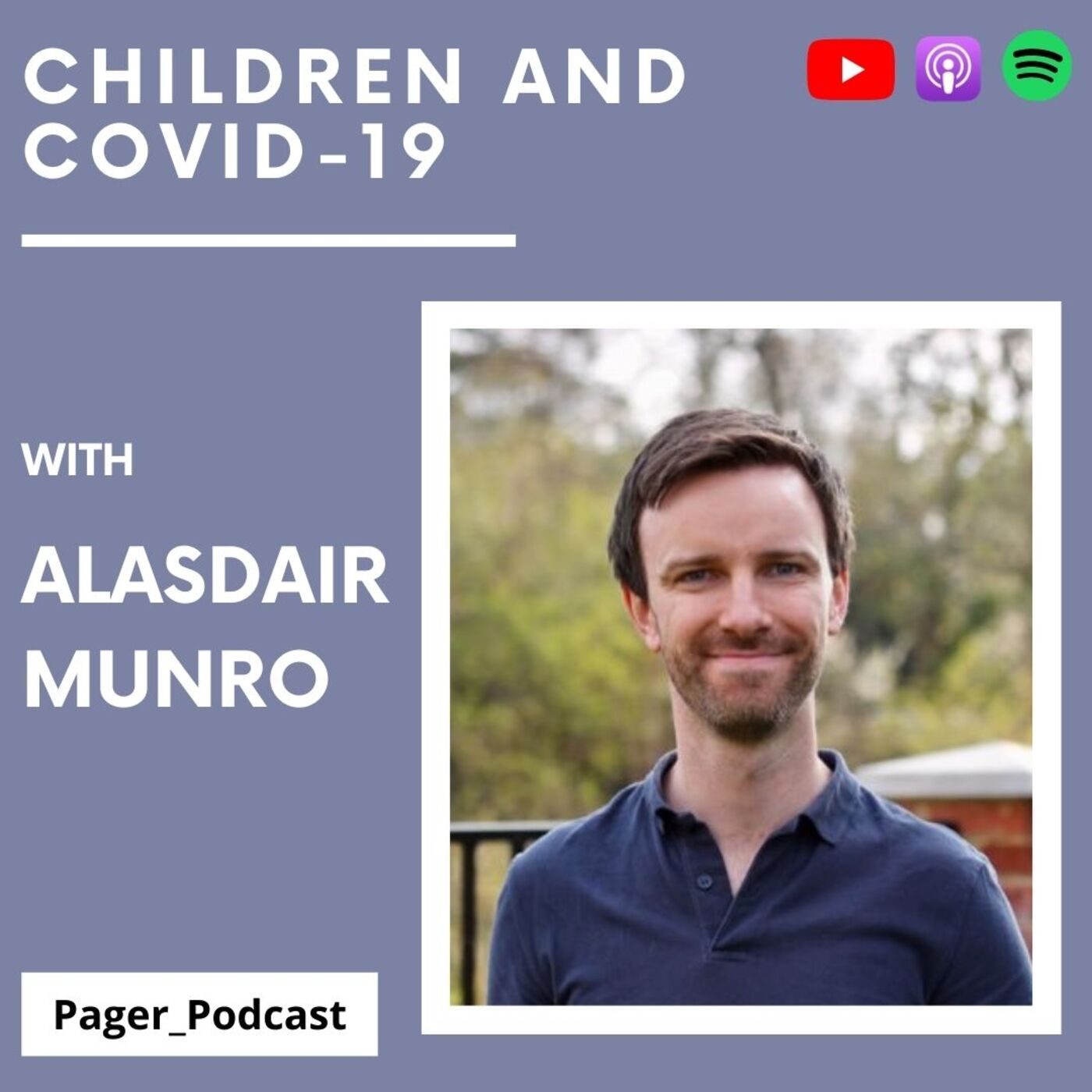 Children and COVID-19 with Alasdair Munro

Dr Alasdair Munro joins us for a deep dive into all things relating to COVID-19 and children, from the role of children in transmission to ethical dilemmas over school closures, science communication in the pandemic and more. 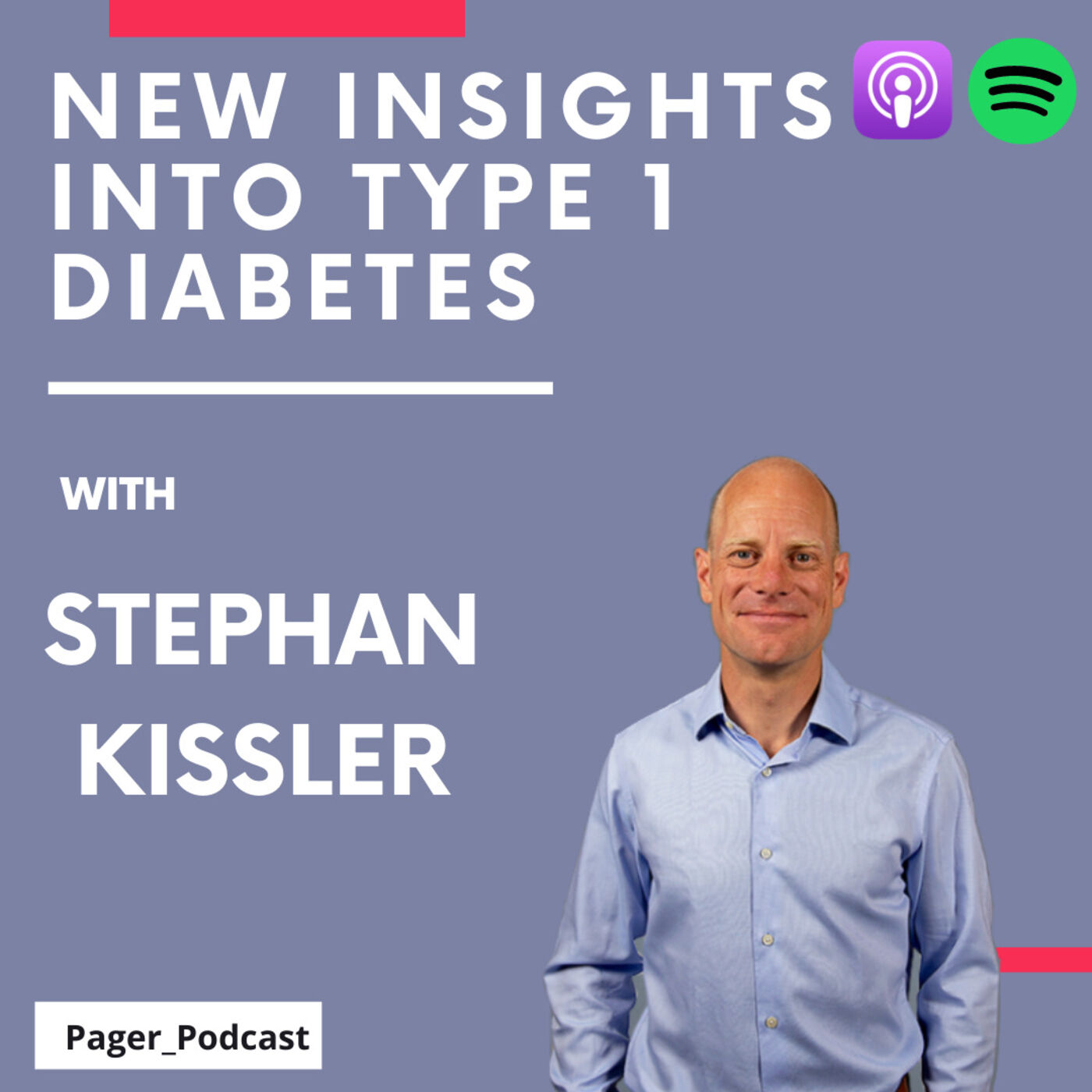 Type 1 diabetes is an autoimmune disease characterised by the destruction of the insulin producing cells in the pancreas, the beta cells. The disease affects millions of people around the world, but what exactly is driving the disease's progression? Is it an overactive immune system, or are the beta cells initiating their own destruction?In this episode, Dr Stephan Kissler joins us to discuss how genetic tools, such as CRISPR, are deepening our understanding of type 1 diabetes pathophysiology. We also discuss diagnostic and therapeutic approaches which might slow or prevent disease progression, as well as stem cell-derived beta cells as a potential cure.Stephan completed his Ph.D. in Immunology at the University of Bristol, before moving to Boston for post-doctoral work at both the Dana-Farber Cancer Institute, and MIT. He was made a group leader at the Virchow Center in Germany, in 2007, before returning to Boston in 2012 to start the group he leads at the Joslin Centre for Diabetes. 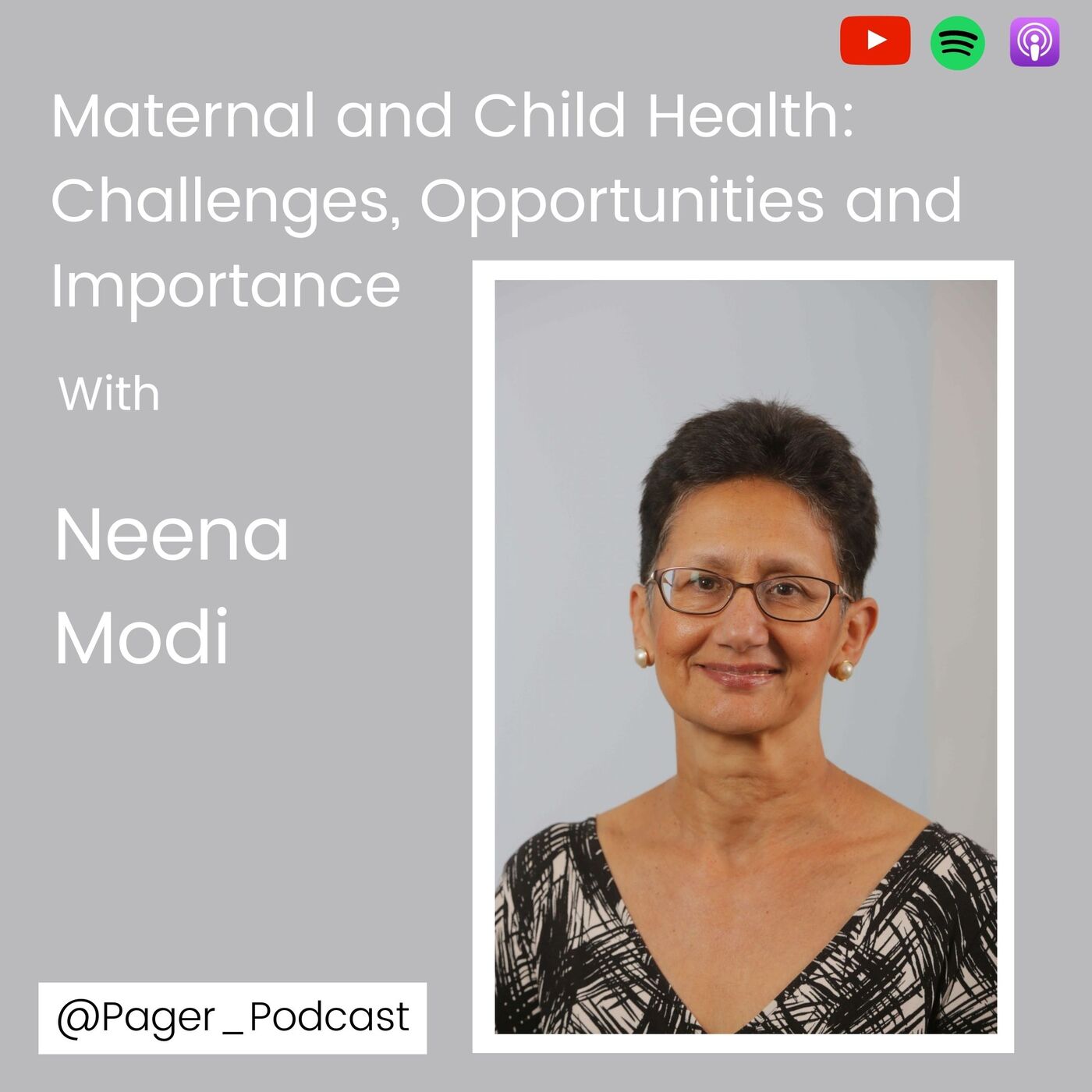 Professor Neena Modi discusses the vital importance of promoting and protecting child and maternal health; its role in a post-COVID recovery and challenges associated with utilising and measuring the value of preventative health interventions. We also touch upon some common misconceptions in health economics and how to manage a long-term research agenda surrounding child and maternal health. Further reading: https://adc.bmj.com/content/early/2021/01/26/archdischild-2020-320898?rss=1 https://blogs.bmj.com/bmj/2018/03/20/neena-modi-a-bigger-vision-for-child-health/ https://www.thelancet.com/journals/lanpub/article/PIIS2468-2667(20)30200-0/fulltext https://www.karger.com/Article/FullText/506865 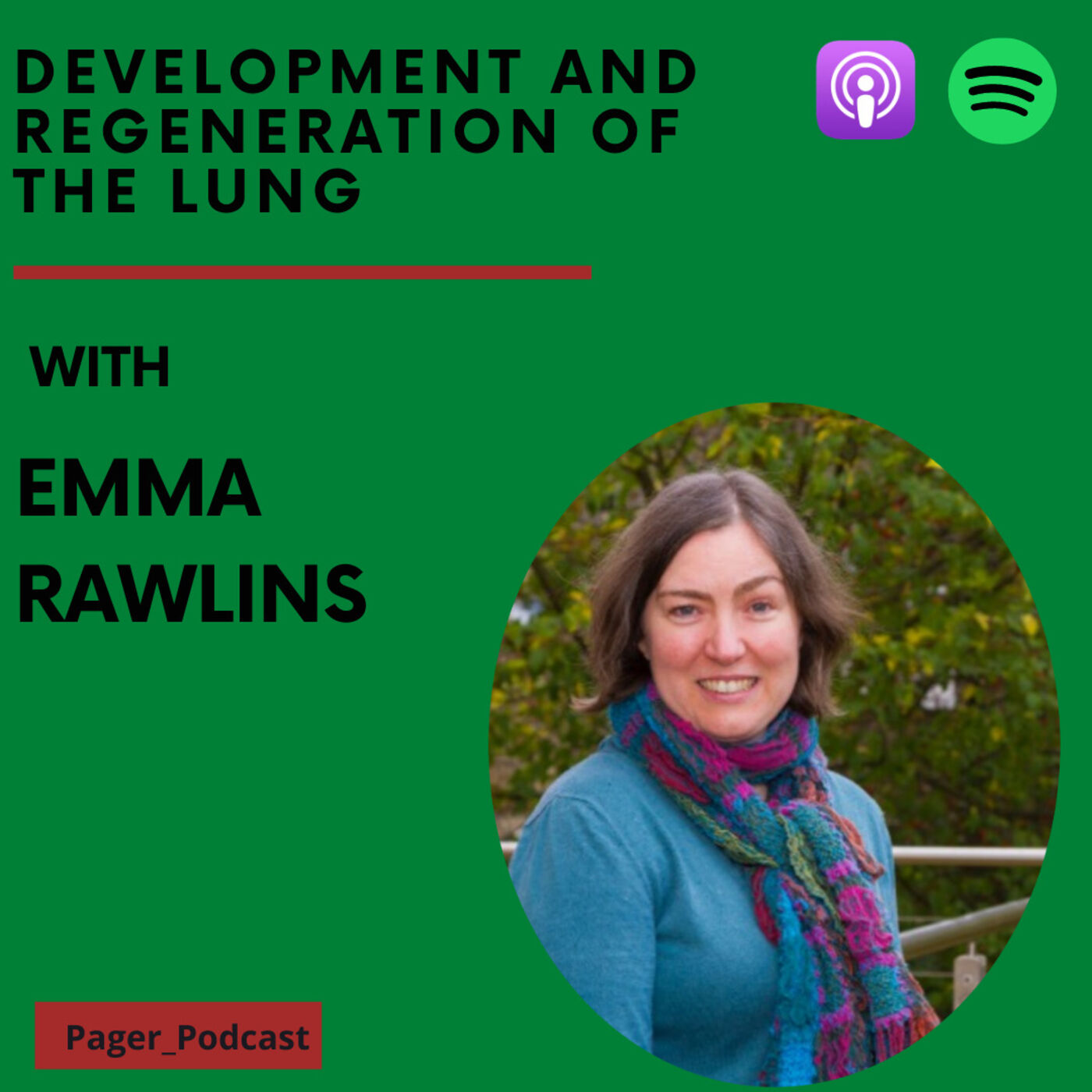 Development and Regeneration of the Lung with Emma Rawlins

In this episode, Dr Emma Rawlins joins us to discuss how our understanding of lung development has changed, and how this might allow us to regenerate lung damage therapeutically.How do our lungs develop from progenitor cells? How can stem cell populations respond to damage and disease in adults? How can these insights be leveraged to regenerate the lung following damage or disease?Some of the topics we cover include:Rare lung cell types important in regenerationHuman lung organoids and modeling SARS-CoV-2 infection The strengths and limitations of single-cell RNA sequencing in the fieldCell therapies and endogenous strategies for repairing the lungEmma is a Senior Group Leader at Cambridge University's Gurdon Institute. Her lab investigates stem and progenitor cells in the lung. 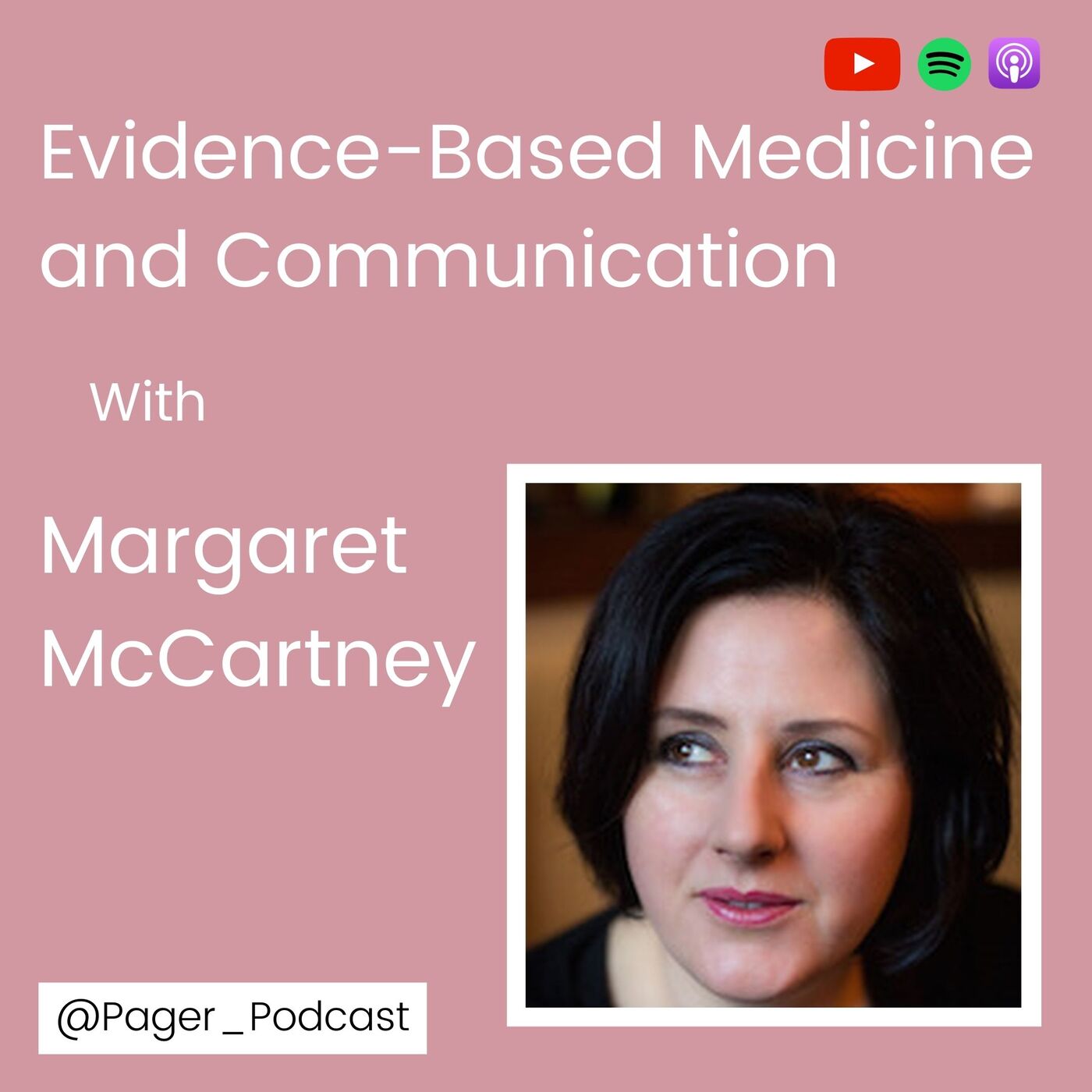 Dr Margaret McCartney, a practising GP in Glasgow, discusses communication of science, particularly during the pandemic, the nature of 'expertise',  investigating the efficacy and potential harms of non-drug interventions, the nuances of screening and more. 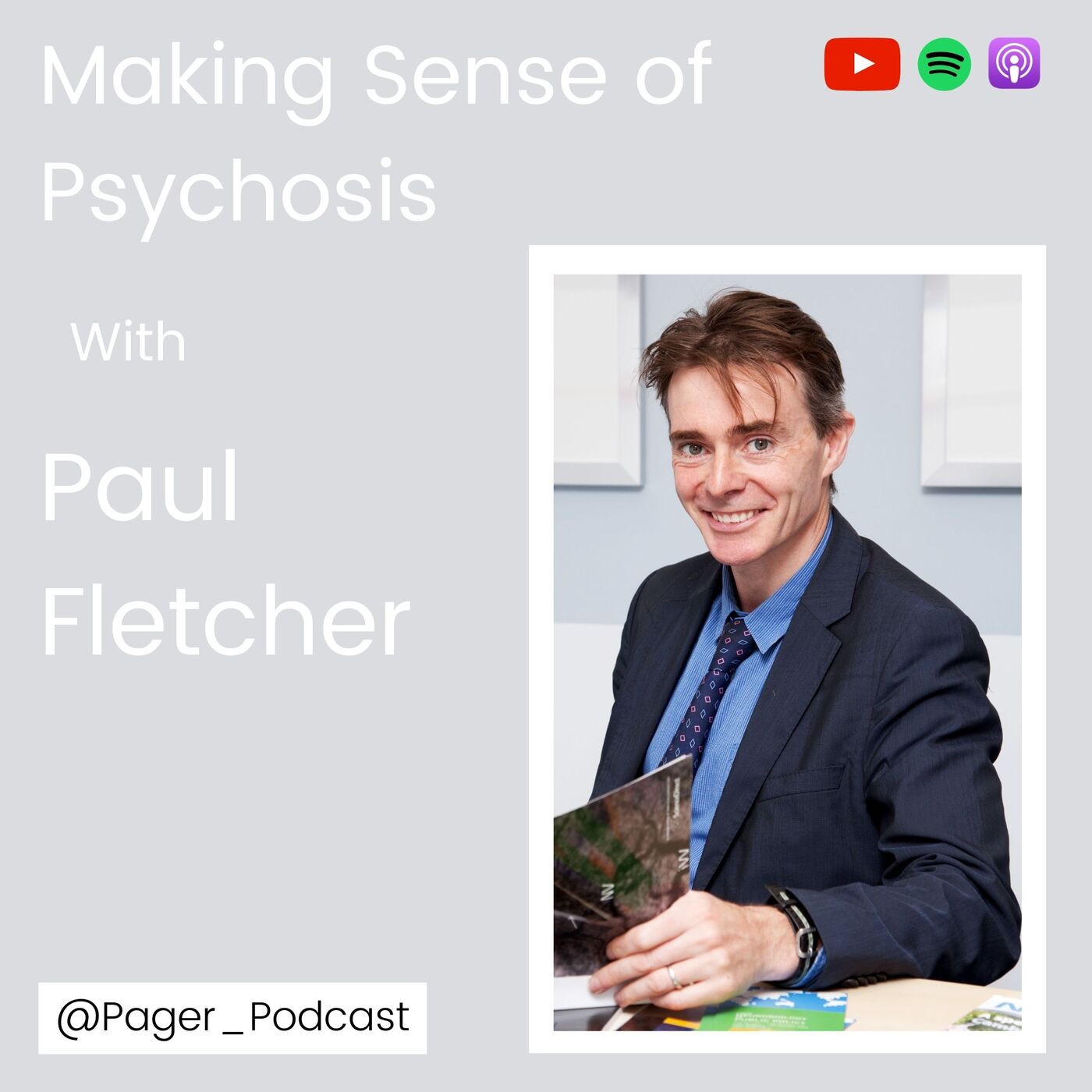 Professor Paul Fletcher joins us for an episode which dives into the intricacies of psychosis. We discuss common misconceptions, the diversity of psychosis, our understanding of what causes it and more. Paul is both a psychiatrist and a professor of neuroscience at the University of Cambridge. His research focuses on the nature of perception and learning in psychiatric diseases, in particular those which can involve psychosis.
See More
Comments