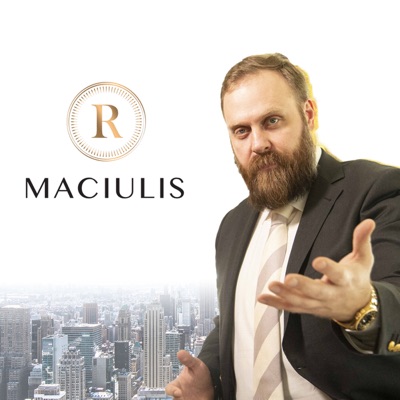 Romualdas Maciulis is an international speaker, entrepreneur and business consultant. He works primarily with business owners and helps them shift their life's into a new gear. More engagement, more wealth and better relationships.
9 Episodes
Reverse

Jay Samit - I AM NOT AFRAID TO FAIL // Romualdas MACIULIS feat. Vadimas ZIZAS

Jay Alan Samit is a dynamic entrepreneur and intrepreneur who is widely recognized as one of the world’s leading experts on disruption and innovation.  He launches billion dollar businesses, transforms entire industries, revamps government institutions, and for over three decades continues to be  at the forefront of global trends.Everyone from the Pope to the President calls on Samit to orchestrate positive change in this era of endless innovation.  Samit helped grow pre-IPO companies such as Linkedin and eBay, held senior management roles at Sony and Universal Studios, pioneered breakthrough advancements in mobile video, internet advertising, ecommerce, social networks, ebooks, and digital music that are used by billions of consumers every day.  Combining innovation with commercial success, Samit is the consummate dealmaker; his list of partners and associates reads like a who’s who list of innovators, including: Bill Gates, Steven Spielberg, Steve Jobs, Reid Hoffman, David Geffen, Richard Branson, Paul Allen, and Pierre Omidyar. A proven trend spotter, Samit accurately predicts the future because he is constantly working with those who create it.

How to maximise your full potential in business and achieve world-class results? Romualdas shares insights on how values affect the growth and profitability of an enterprise.

Are You Also ASHAMED of Being Wealthy? // Romualdas MACIULIS

Did you ever stand in a business class checkin and felt bad about it? Why are we sometimes not comfortable with our wealth and what does that do to us?

What is The REAL Reason for Your Fear of Making a MISTAKE? // Romualdas MACIULIS

Have you learned to try to avoid mistakes at all cost from childhood? Do you feel the fear of making mistakes is getting in your way of being your true self? What can you do about it?

Trying to do everything perfectly? But finally you're starting to see this is getting in your way of achieving more? How can we overcome perfectionism. 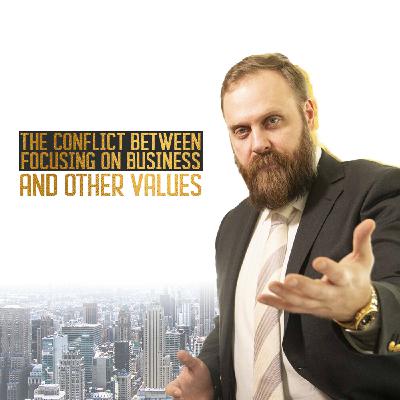 The Conflict Between FOCUSING ON BUSINESS and Other Values // Romualdas MACIULIS

Can one focus primarily on business and still have a fulfilling life? Why having a strong work ethic sometimes leaves us feeling lonely and longing for a more pleasant social life?

Why does it sometimes seem that strangers hate us and that they're secretly criticising us? And why does it then make us think negative thoughts towards them?

Can We STOP SNAPPING at Our Partner? // Romualdas MACIULIS

Why is it that we're not able to stay calm when our partner says something that upsets us? Were you ever mad at yourself for over-reacting?

Is it time to gain more CONFIDENCE in your everyday life? Why can't we just say NO to things that don't align with our values? Become assertive and take charge of your life.
See More
Comments