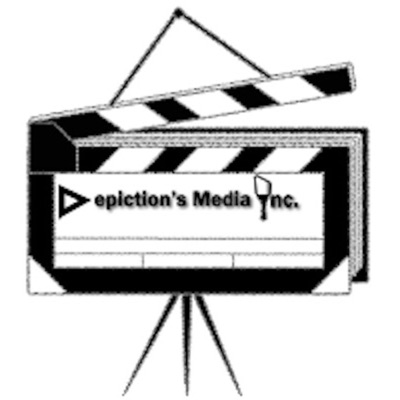 Depictions Media we special in Politics, Human Right and Mindset that create Love, trust and respect. We believe everyone has a voice and everyone should be given a chance to speak.
733 Episodes
Reverse

Premier John Horgan; Melanie Mark, Minister of Tourism, Arts, Culture and Sport; Tk'emlúps te Secwépemc Kúkpi7/Chief Rosanne Casimir; and the BC Lions will make an announcement in advance of Canada's National Day for Truth and Reconciliation.

PAHO Media Briefing on COVID-19 in the Americas

“The BC Vaccine Card is a show of confidence,” said Adrian Dix, Minister of Health. “It says in our pandemic — when doing the right thing to stop the spread is the mandate we all share in — that we’re doing the right thing by being vaccinated. That we’re making the best choices. That right now, especially with a surge in cases primarily in groups of unvaccinated people, we’re doing exactly what’s required to save lives.”

World failing to address dementia challengeOnly a quarter of countries worldwide have a national policy, strategy or plan for supporting people with dementia and their families, according to the WHO’s ‘Global status report on the public health response to dementia’, released today. Half of these countries are in WHO’s European Region, with the remainder split between the other Regions. Yet even in Europe, many plans are expiring or have already expired, indicating a need for renewed commitment from governments.

United Nations is leaving its personnel in Afghanistan to stand with the people. Countries around the World should be ready to receive refugees

Join Rob Fleming, Minister of Transportation and Infrastructure, and George Heyman, Minister of Environment and Climate Change Strategy, for the official launch of BC's free transit program for children 12 and under.

PAHO Press Briefing on Covid in the Americas September 1 2021

PAHO warns that only one in four people in Latin America and the Caribbean has been fully vaccinated against COVID-19Director reports that PAHO is working to increase vaccine supplies through donations, procurement by its Revolving Fund, and regional manufacture of vaccines,

This week, PAHO will launch a platform to boost regional vaccine manufacturing efforts, beginning with the first in a series of meetings to promote greater coordination across countries and to enlist partners from both the public and private sectors to turn this idea into reality,” Dr. Etienne said at her weekly media briefing. Explaining the drive for the new platform, Dr. Etienne said that “limited production and unequal distribution of vaccines” compromise the region’s pandemic response and “put public health at very high risk.” Reliance on imports makes Latin America and the Caribbean more vulnerable, she added. “Our region imports 10 times more pharmaceuticals than we produce.”

Another epidemic continues to kill millions of people every year - Cardiovascular diseases are the leading cause of death globally, and hypertension is one of its main risk factors. More than 1.2 billion people live with hypertension. Today, WHO launched a new guideline for the pharmacological treatment of hypertension in adults, which presents the most up-to-date evidence-based recommendations on managing hypertension

“We know how excited students and families are about being back in school with extracurricular and sports programs and how important it is for children to be connected to their teachers and friends on a full-time basis,” said Jennifer Whiteside, Minister of Education. “We also know we can do this safely, even as the pandemic continues to present challenges. B.C. was one of the few jurisdictions in Canada to keep schools open and safe last year thanks to the monumental efforts of everyone in the education system. The precautions we are announcing today allow students to continue learning in school with safeguards in place, so they have every opportunity to achieve their best.”