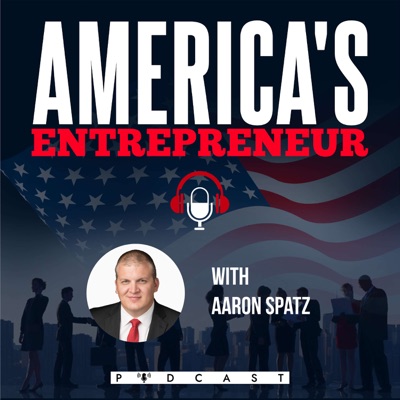 Microbiologist turned lifestyle coach, Sunny joins the show to discuss her journey from the world of science and how to make the most of your life!https://www.linkedin.com/in/sunnylifesolutions/

#158: Overcoming shyness to live a bold life with Fred Joyal

Fred was the co-founder of Futuredontics, the parent company of 1-800-DENTIST, which, over 30 years, generated over $1 billion in revenue. His latest book, Superbold: From Under-Confident to Charismatic in 90 Days, is an Amazon and Wall Street Journal bestseller. He is also the author of two books for the dental industry, Everything is Marketing: The Ultimate Strategy for Dental Practice Growth, published in 2010, and Becoming Remarkable: How to Create a Dental Practice Everyone Talks About, published in 2015. He has acted in, written or directed over 200 television commercials and radio spots.This episode packs a punch and really helps one understand how to overcome shyness and fear in order to live a bold and fulfilling life.For more information on Fred, go to https://fredjoyal.com

#157: Helping without an agenda with David Salinas

David Salinas is a serial entrepreneur and investor. In 2007 he co founded Digital Surgeons and served as its CEO for over a decade. Under his leadership, the agency delivered award-winning results for clients like Lady Gaga and the U.S Open. Today, Digital Surgeons continues to thrive, having won dozens of awards including the coveted Webby Award and was named a Top Ten Agency for Startups. While CEO of Digital Surgeons, David partnered and launched numerous businesses including being the founder and visionary behind District, a $25M technology and innovation startup ecosystem and real estate development. David’s vision for District stems from his years as an entrepreneur, his passion for economic development, and his desire to improve the environment for small businesses and the communities in which they grow. Other investments and launches include Arccos Golf, Specialty Food Partners (Fmr. Fresh Nation), District Cowork, District Athletic Club, and Venn.https://www.districtnhv.com/https://www.transformnhv.org/https://www.digitalsurgeons.com/https://www.linkedin.com/in/davidsalinas/

#156: Growing and leading a company with Joel Stevenson

Joel Stevenson is the CEO of Yesware, software that helps high-performing sales teams do meaningful email outreach at scale. Joel shares with us a bit of his corporate journey before assuming his present role, sharing about the challenges associated with leading and scaling a business. 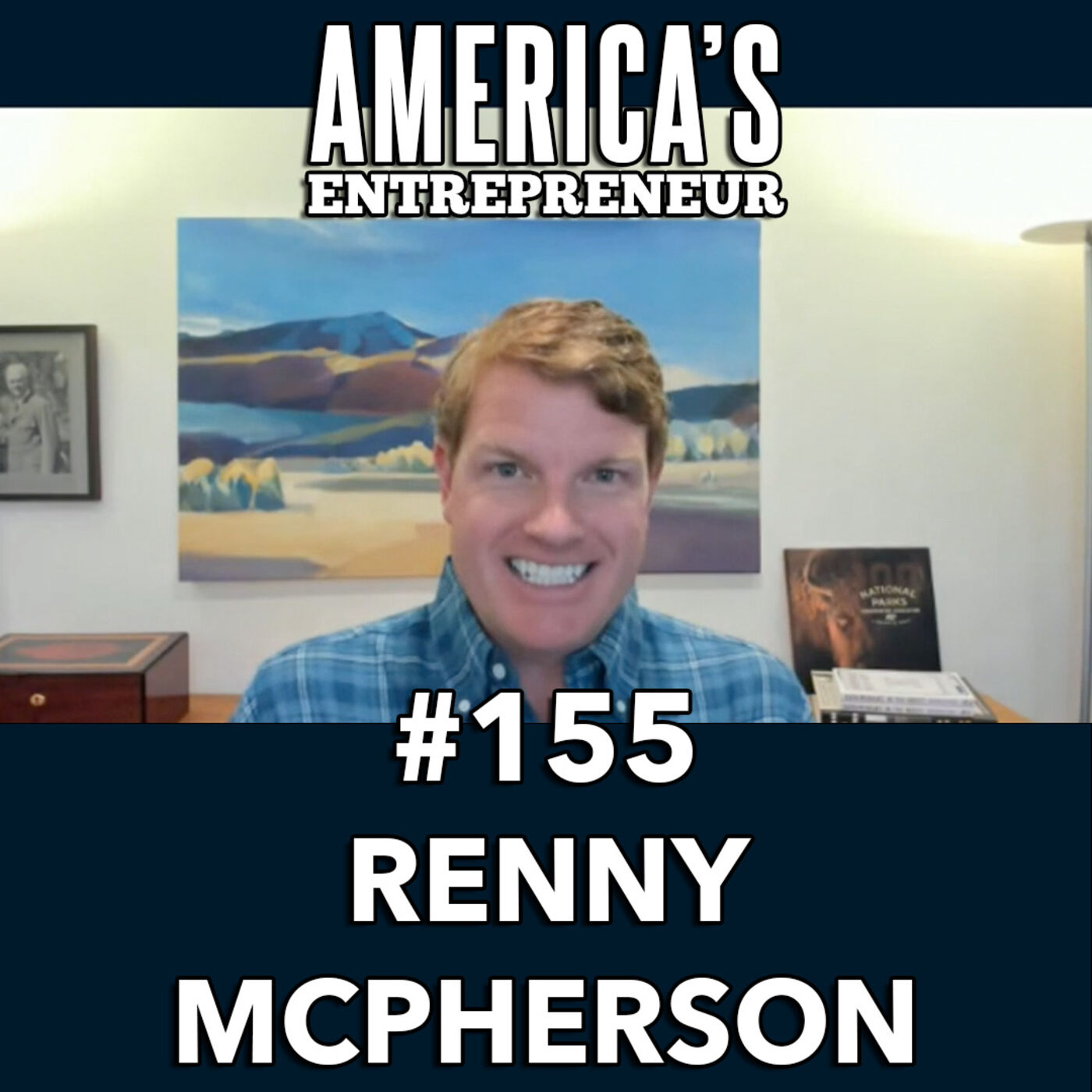 Renny McPherson is the Managing Partner of First In, an early stage venture capital firm focused on cybersecurity, data intelligence, and dual use technology. Their investment team is comprised of company founders, technical experts, and military veterans. They partner with mission-driven founders and invest primarily in data and security companies, from inception to seed stage to Series A. For more information on Renny and First In, go here: https://wearefirstin.com/ or https://www.linkedin.com/in/renny-mcpherson-1ba5b54/ 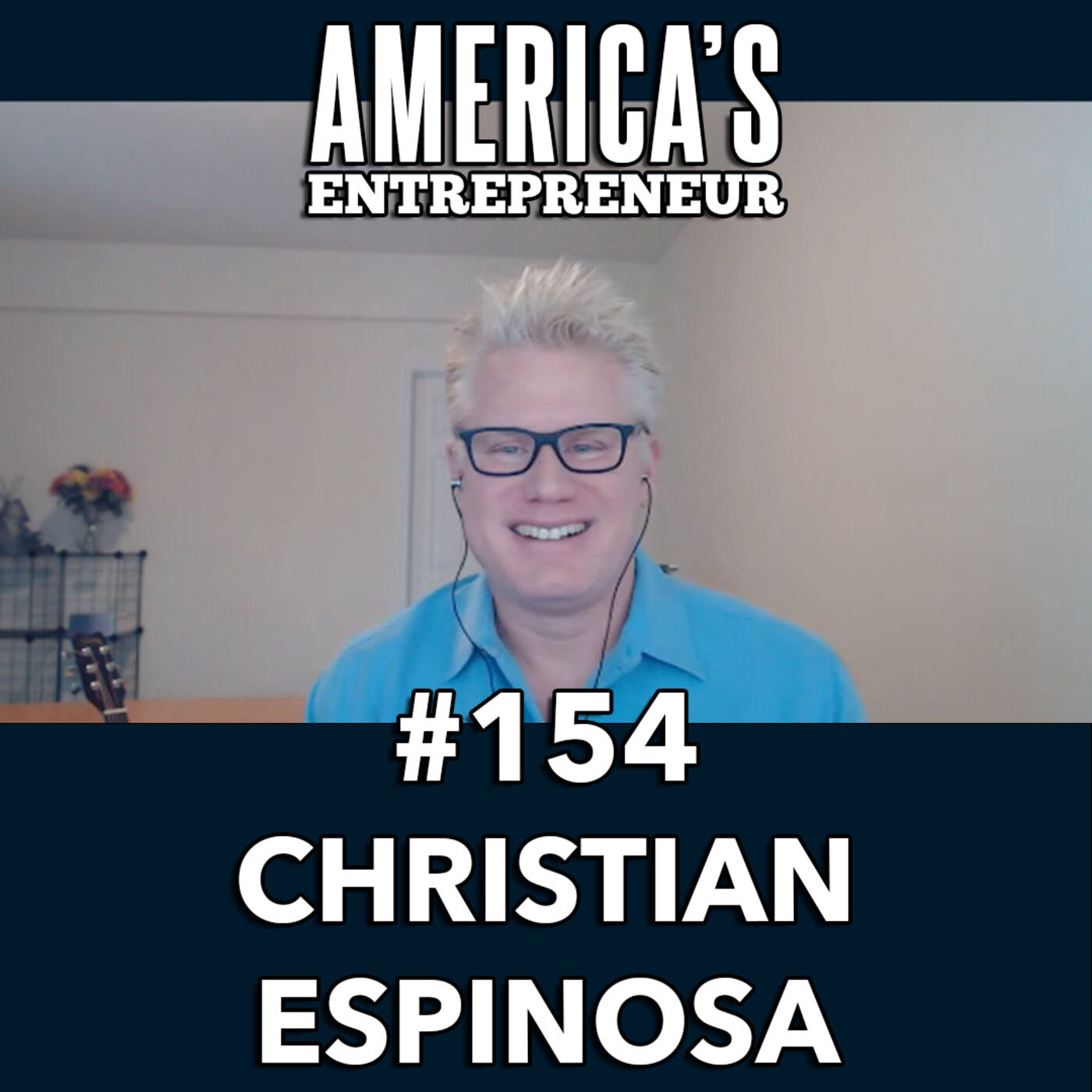 Christian Espinosa was the CEO of Alpine Security, a highly successful cybersecurity firm, before selling the company to Cerberus Sentinel in 2020. Christian is also the author of the book, "The Smartest Person in the Room: The Root Cause and New Solution for Cybersecurity". Christian talks about the challenges of running your own business, pushing through the discomfort, extreme financial risk, and ultimately finding success by narrowing down a specific niche. You need to listen to this episode if you are an aspiring tech startup entrepreneur. For more information on Christian or his book, see these links:https://christianespinosa.comhttps://www.linkedin.com/in/christianespinosa/https://www.amazon.com/Smartest-Person-Room-Solution-Cybersecurity/dp/1544516215 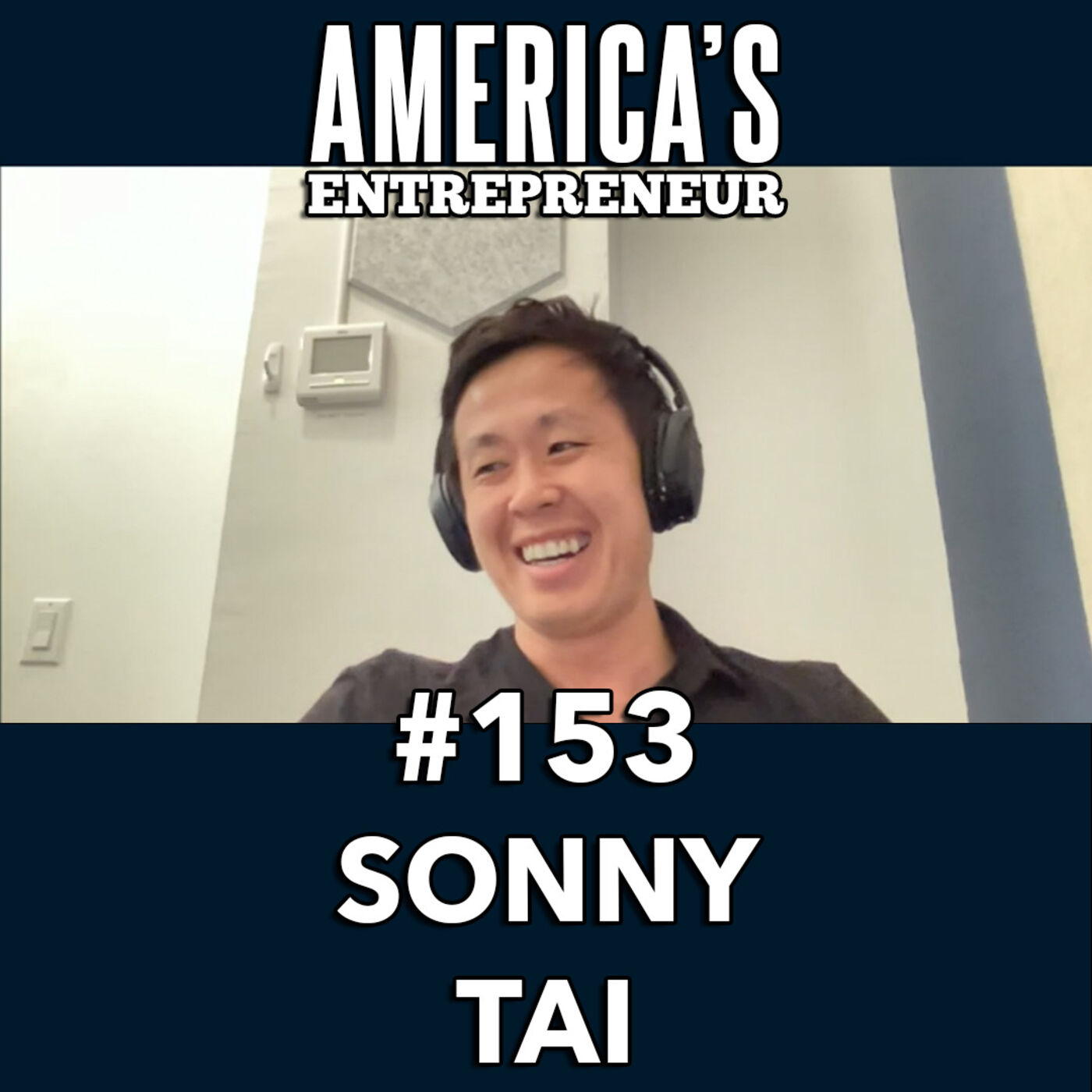 Sonny Tai is the co-founder and CEO of Actuate,  a software platform that turns existing security cameras that can automatically identify threats and occupant behavior patterns to support security and facilities management teams. Sonny shares a riveting immigration story and his adventures in the military, along with advice for co-founders and those looking to raise venture capital for their startup. You will love this discussion. For more information on Sonny and Actuate, visit https://actuate.ai/ or https://www.linkedin.com/in/sonny-tai/ 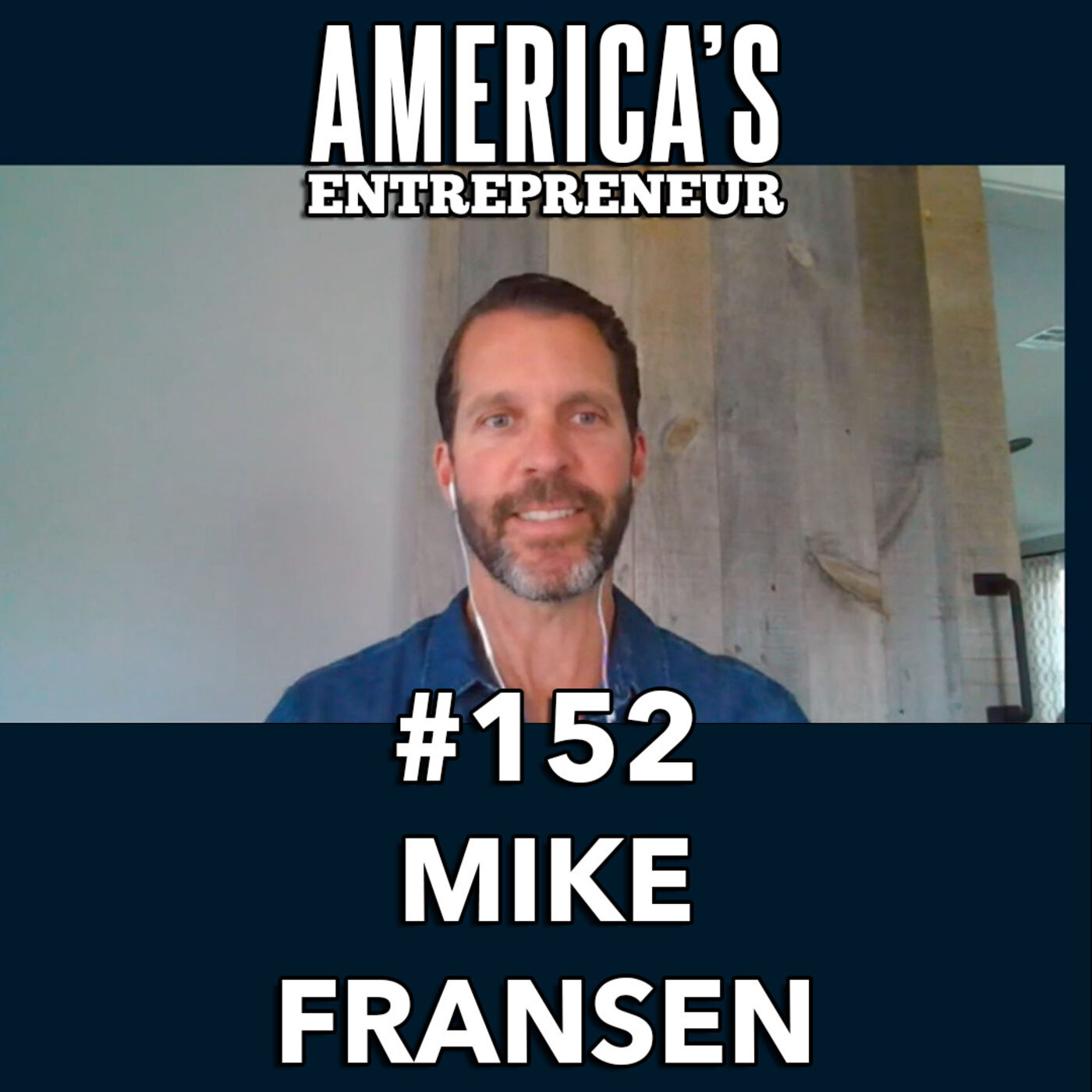 #152: The power of the legacy business with Mike Fransen

Author, entrepreneur, and accomplished businessman, Mike Fransen joins the show to discuss his journey through the U.S. Army, his experience as a Yale MBA, and the breadth of responsibility he ultimately assumed when working in the commercial real estate asset management industry. Mike has written a powerful and impactful book called The Legacy Business, which details a lot of impactful life-learning moments that will serve as an inspiration and guide for you. Pick it up here on Amazon! https://www.amazon.com/Legacy-Business-Practical-Insights-Assembling-ebook/dp/B09WTGLHJ1/ref=tmm_kin_swatch_0?_encoding=UTF8&qid=&sr= 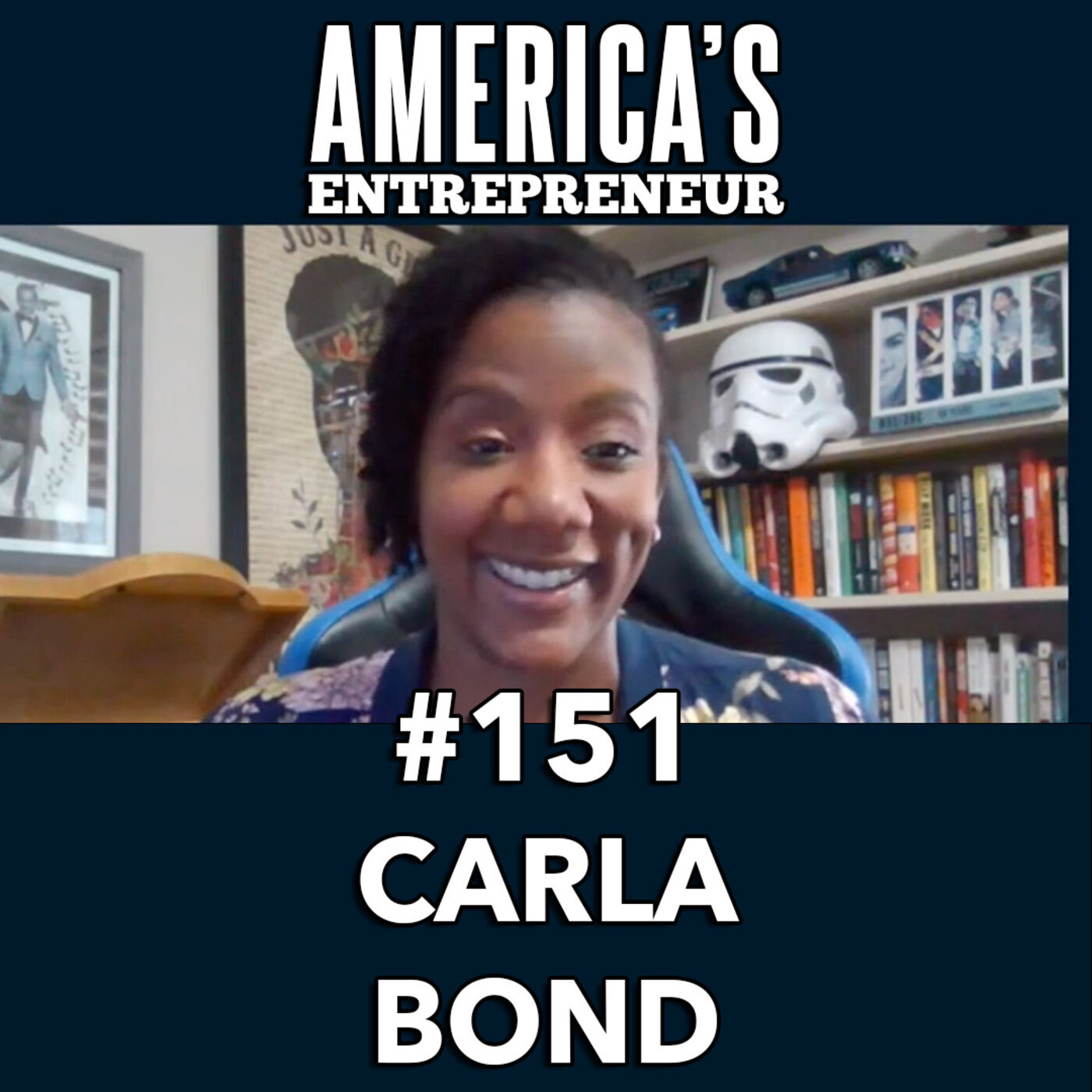 #151: The impact of VR lifesaving training with Carla Bond

Founder and CEO of Upskill VR, Carla Bond joins the show to discuss and detail her journey, as well as a financially costly mistake she made in the process. You will be inspired by her resilience, determination, and vision for creating a more compelling and effective experience for those going through life-saving training courses. For more on Carla and Upskill VR, visit https://upskillvr.com/ or https://www.linkedin.com/in/carlambond/ 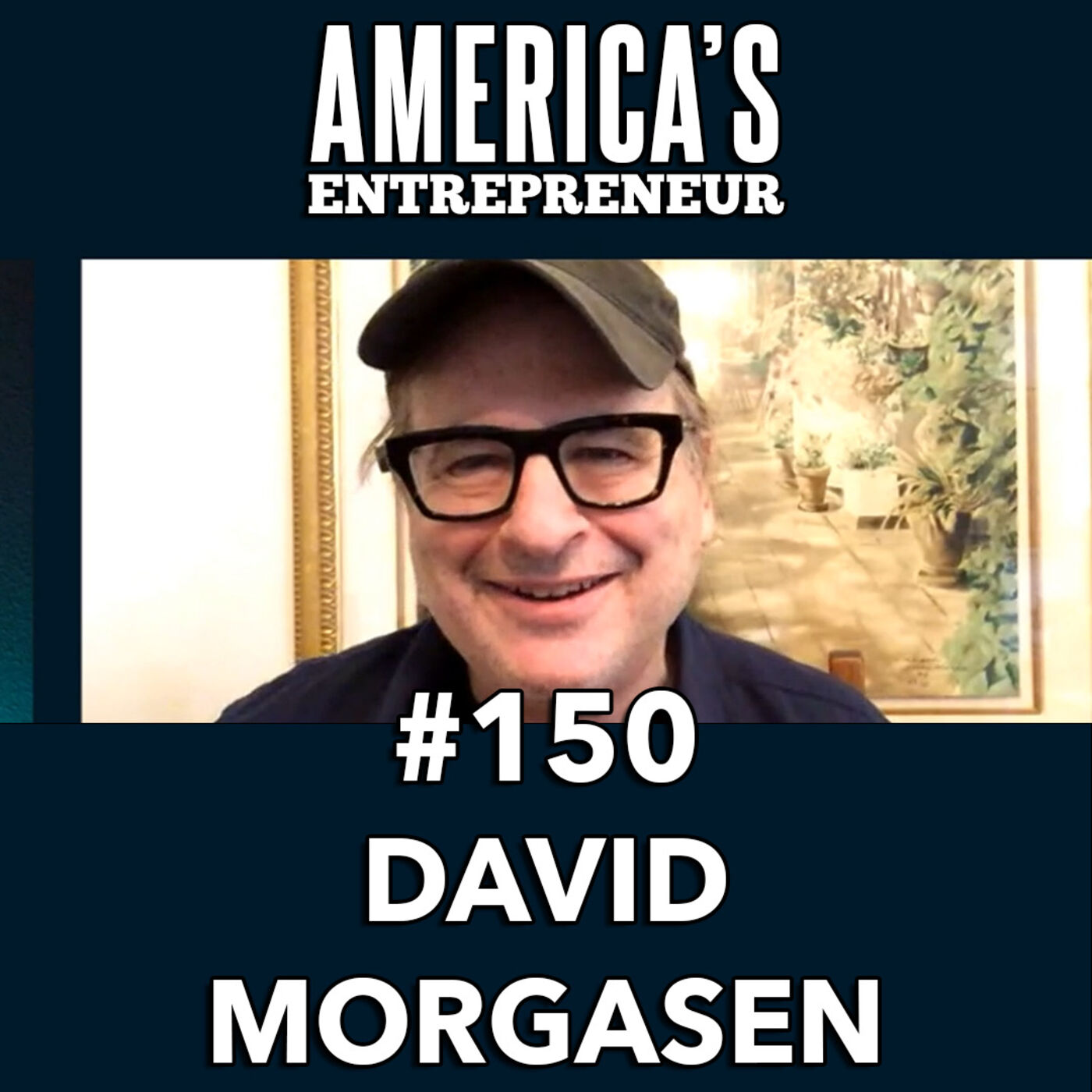 #150: Comedy is powerful with David Morgasen

David Morgasen is a long-time Hollywood writer, producer, and director for TV, film, and digital video. His writing credits include the hit Disney film Princess Protection Program. He has worked on many shows and has served as co-creator, writer, and Executive Producer, along with Howard Stern, for all three seasons of FX Network's Son of the Beach. He was a writer/co-executive producer on E!'s Night Stand With Dick Dietrick. Currently he is in post-production on a pilot for Red, White & Lou, an animated half-hour comedy he co-created for 20th Century/Disney about a newly-emigrated family, starring comedian Maz Jobrani along with an ethnically diverse cast. Morgasen serves as Executive Producer along his partners,including Maz and Courteney Cox. As a director, his work could be seen on shows including The Ellen DeGeneres Show and ABC's Jimmy Kimmel Live. Morgasen was a pioneer in viral videos and online Branded Content. During his tenure as Executive Producer at HBO Digital, he produced and directed installments of the early Youtube sensation, David Blaine’s Street Magic, which has garnered hundreds of millions of views as well as McCain-Obama Dance Off, which garnered tens of millions of views and extensive coverage on news outlets across the country. In the digital space, he has also created several web series for Disney XD, Yahoo!, and other online destinations. His work has been featured in the Outfest Film Festival and the L.A. Comedy Shorts Film Festival.David Morgasen Vimeo: https://vimeo.com/morgasenDavid Blaine Street Magic 2: https://www.youtube.com/watch?v=PGrTvNzGCZEHoward Stern talks a jumper off the GW Bridge: https://www.youtube.com/watch?v=6qHv124hQ_Y 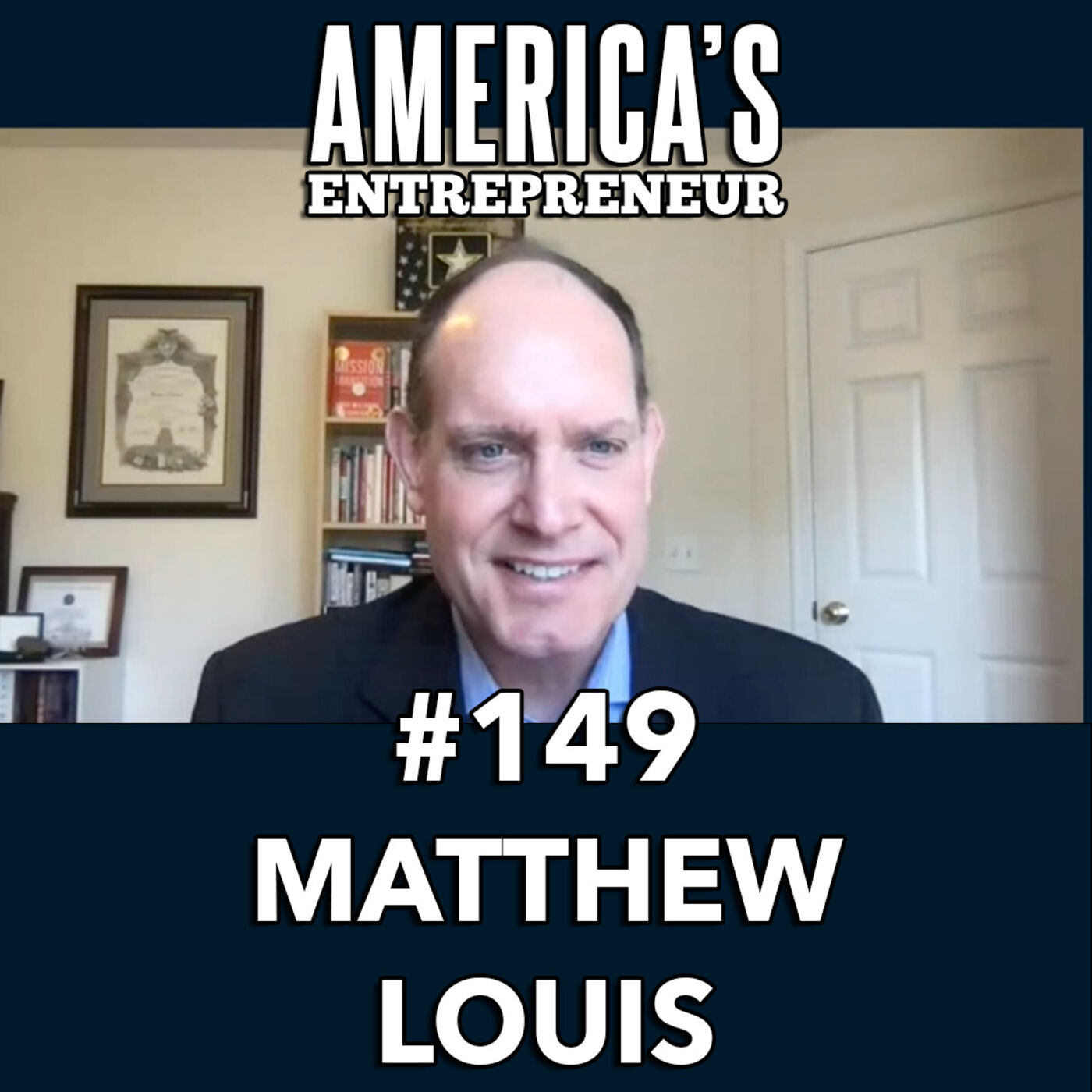 Matthew Louis re-joins the show to catch us up on what he's been up to. From his book, Mission Transition, and moving to help lead the charge at Purepost. Purepost translates skills to job postings in a very effective and intelligent way. Learn more at https://www.purepost.co/. To learn more about Matt and his books, go to https://matthewjlouis.com/ to buy his award-winning book and to stay in the know with all he has going on! Listen to our previous conversation in episode #105. 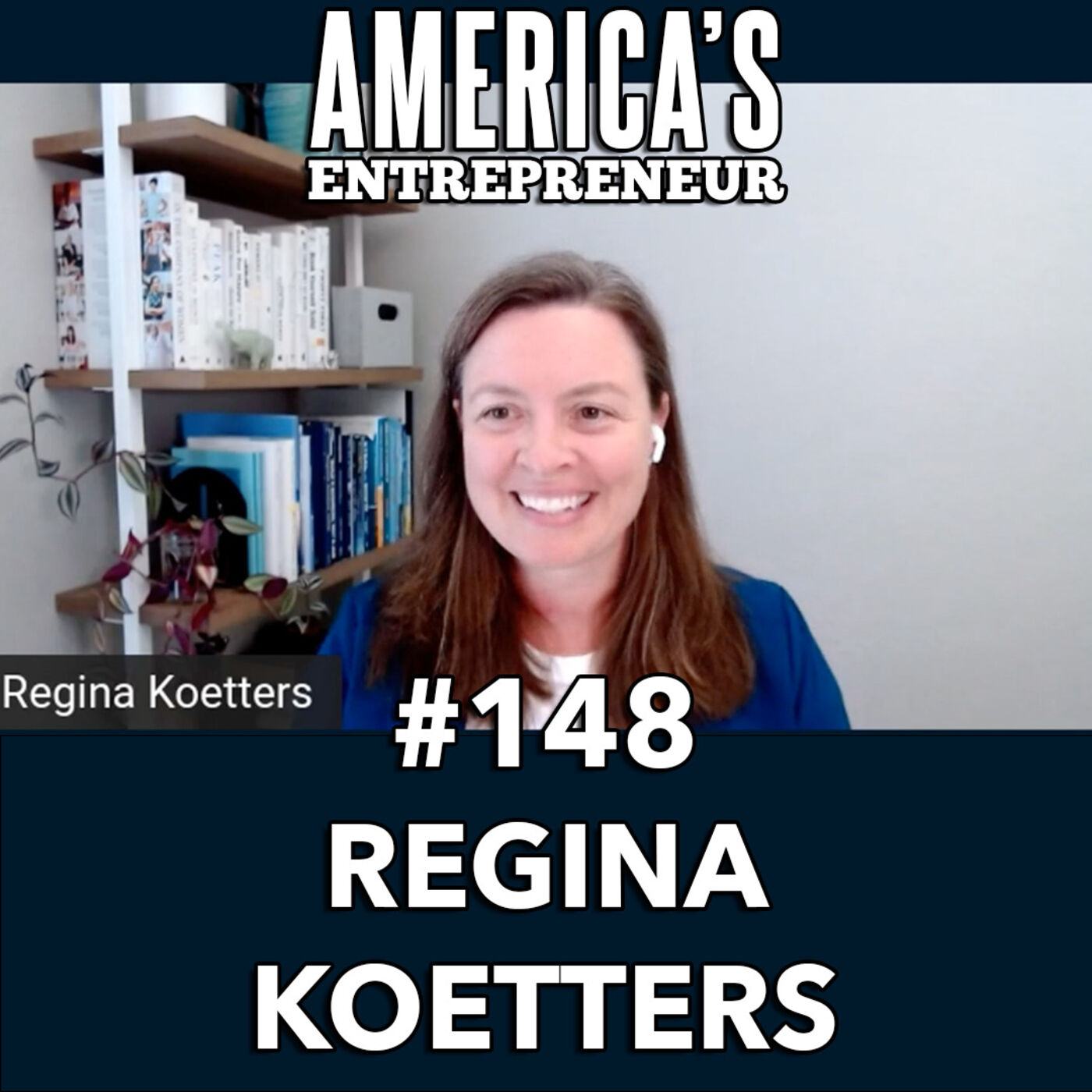 #148: Growing through adversity with Regina Koetters

U.S. Navy veteran, entrepreneur, business owner, and all-around terrific human, Regina Koetters joins the show to discuss her entrepreneurial journey, the opportunities she seized, the vision she had, and the challenges associated with the business. She tells her story in raw, but uplifting, detail that will inspire and encourage you in your journey. Be sure to jump over to theownersmanual.co to join her impactful newsletter! If you want to take yourself and your business to higher levels, reach out to Regina! LinkedIn: https://www.linkedin.com/in/reginakoetters/ 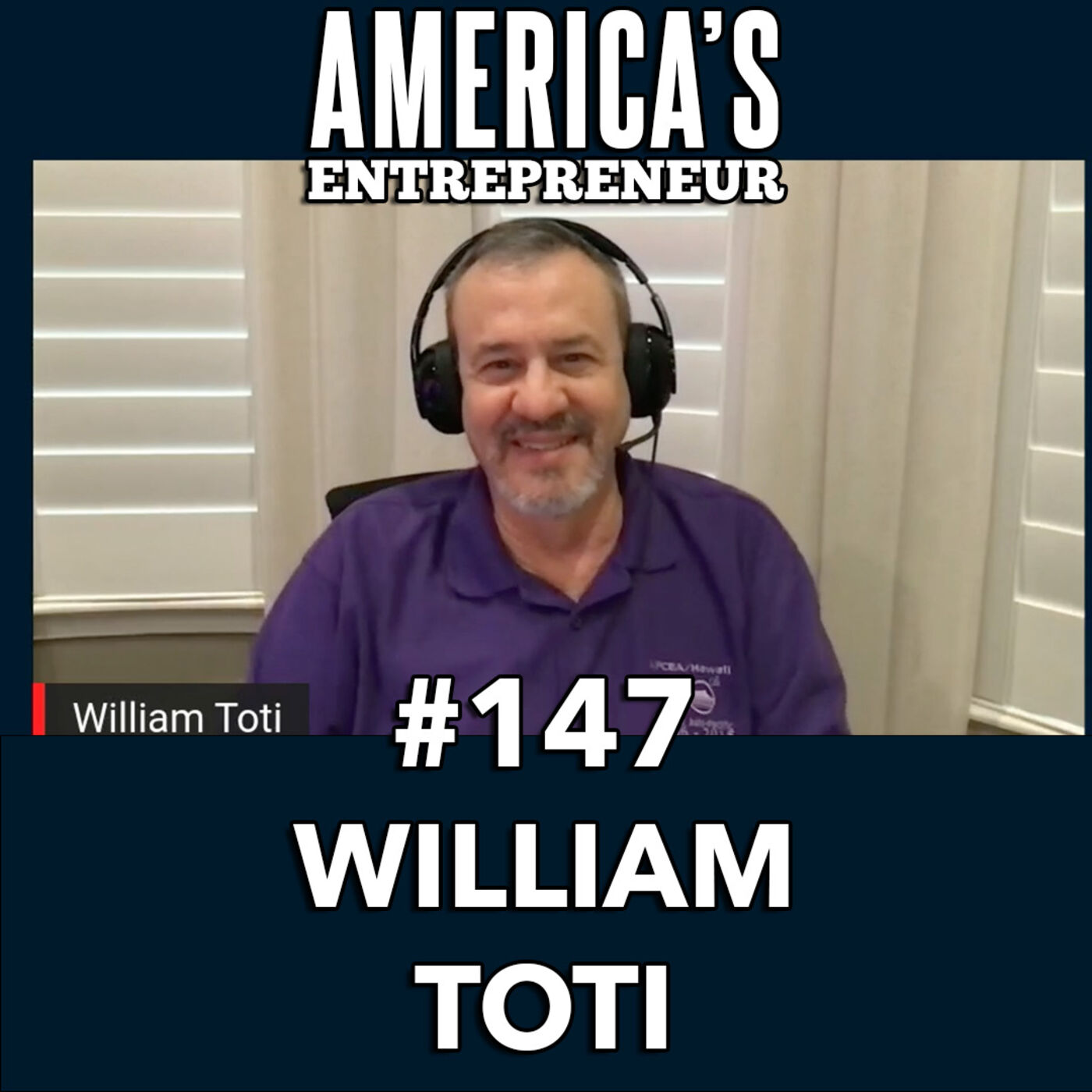 Former CEO, U.S. Navy submarine squadron commander, and author, William Toti, joins the show to discuss the tremendous transition that a lot of senior military leaders face when transitioning out, joining the private or defense contractor world, and attaining certain rank in those organizations. In a very articulate and helpful book that JUST RELEASED, "From CO to CEO", Bill covers a lot of ground that is helpful to you in nearly any phase of your career, and some tremendous insights to help you focus. Pick up a copy here: https://www.simonandschuster.com/books/From-CO-to-CEO/William-J-Toti/9781637630631

COO of Zero Trafficking (https://www.zerotrafficking.com/), Samuel Curet (https://www.linkedin.com/in/samuel-curet-76a9384/) joins the show to talk about the work his organization is doing to combat human trafficking and the intelligence they collect.Many references and things he referred to in the show:https://polarisproject.org/https://www.ncptf.org/https://www.esri.com/partners/zero-trafficking-llc-a2T5x000008DkmbEAChttps://www.canvasgeneration.com/canvas/product-market-fit-canvas/https://s3.amazonaws.com/leanstack/v4/Lean-Canvas.pdf 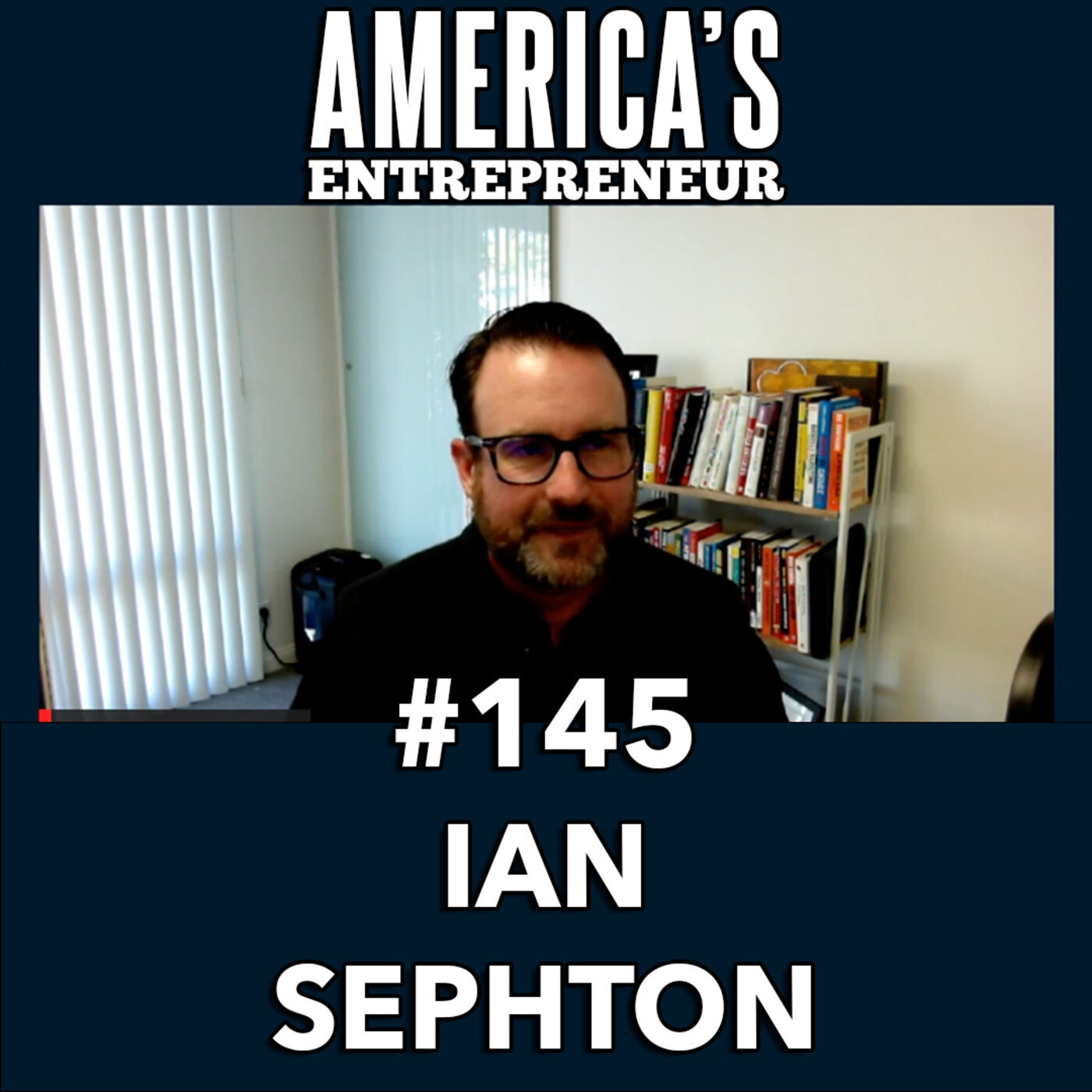 #145: Making the pivot with Ian Sephton

Co-Founder and CEO of Funnel9 Marketing, Ian Sephton rejoins the show to discuss the latest, and covers some really fun topics including: making a pivot in business, raising capital, and what investors are looking for when evaluating a possible investment. 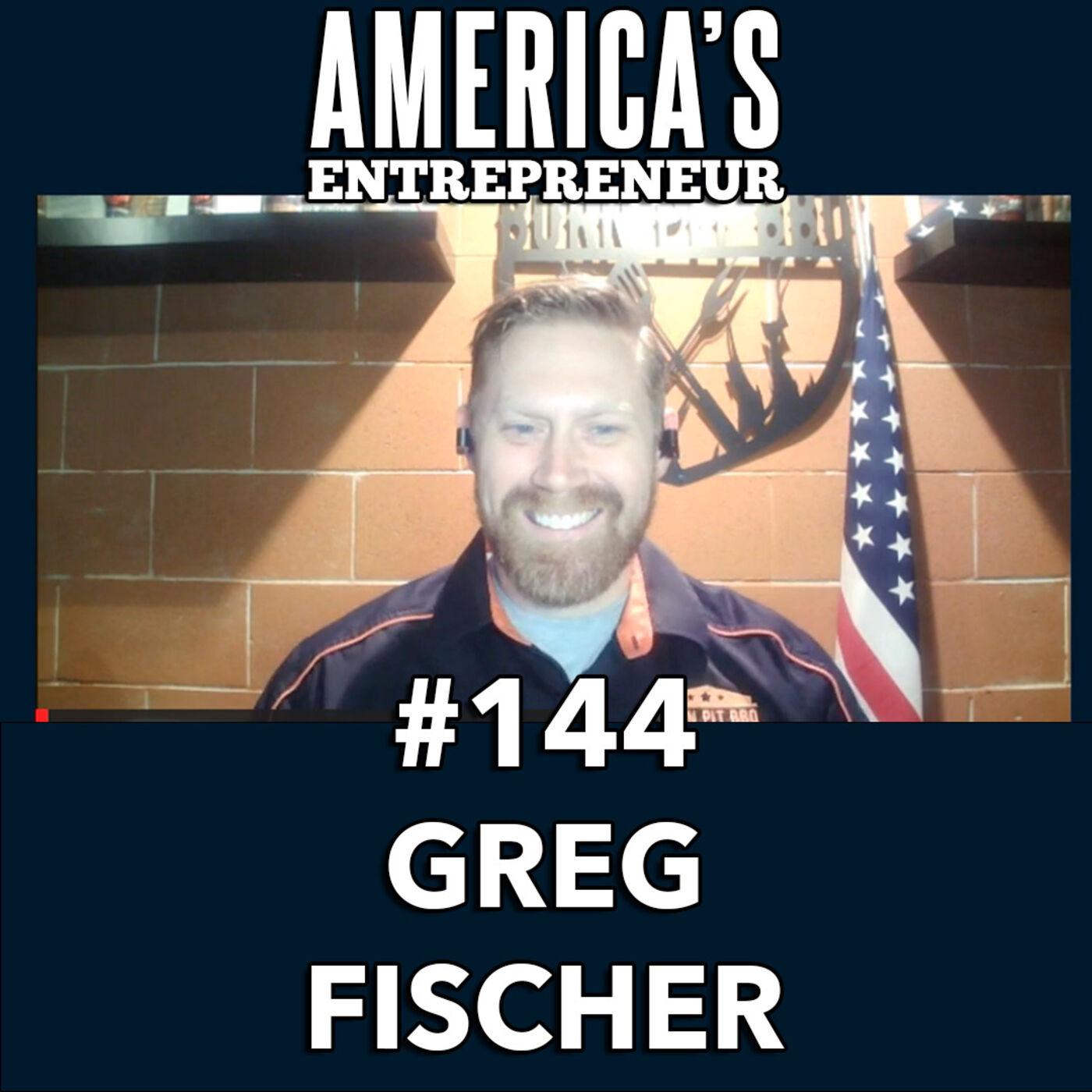 #144: From corporate career to BBQ startup with Greg Fischer

Co-Founder of Burn Pit BBQ, Greg Fischer, joins the show to discuss how he went from a predictable corporate career to jumping into a BBQ product and information business. Some great information and insight! https://burnpitbbq.com 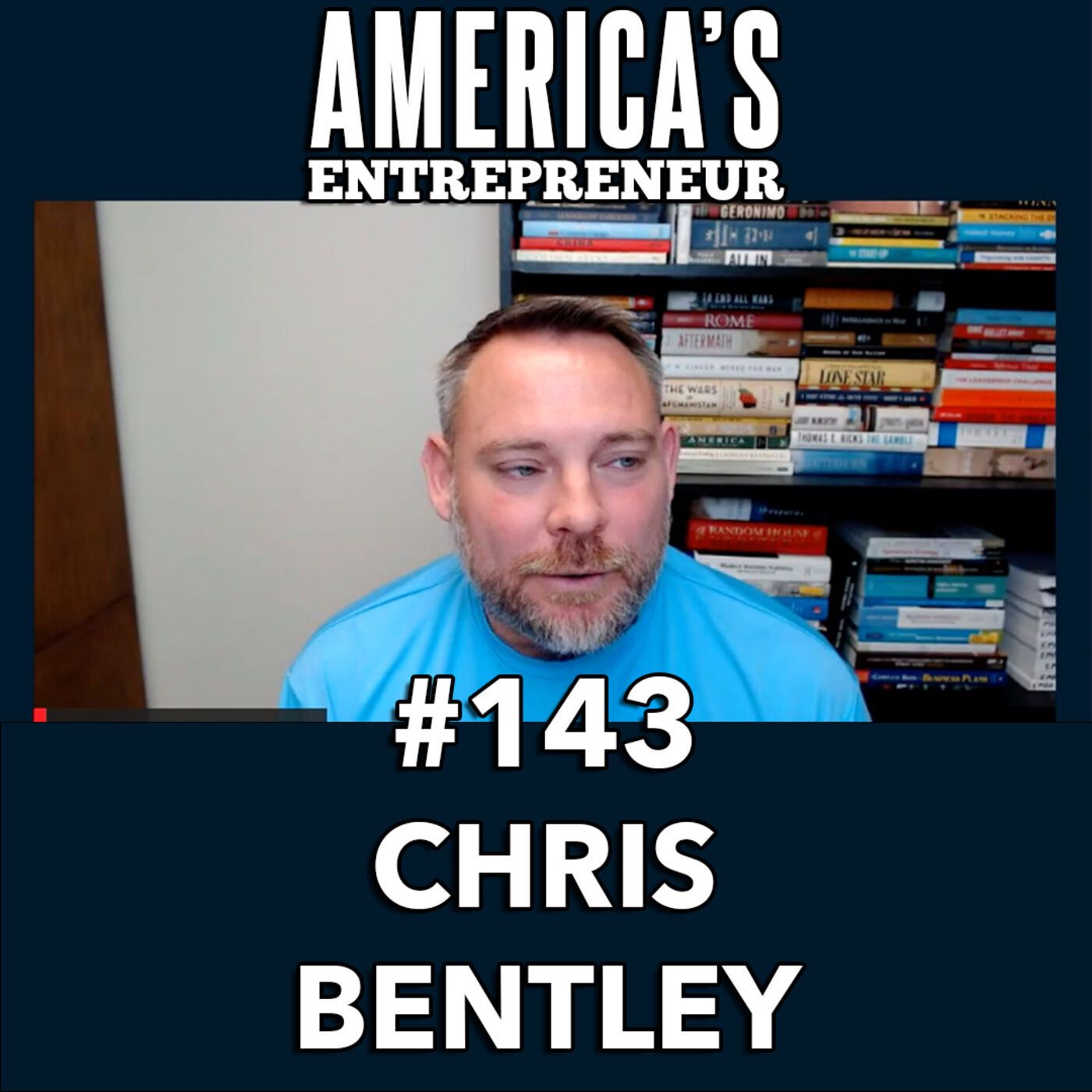 #143: The story of Bellatorum fraud with Chris Bentley

The former founder and CEO of Bellatorum Resources, Chris Bentley, joins the show to discuss his career and the circumstances surrounding the decisions made that led to the loss of millions of dollars. In this episode you will hear Chris accept full responsibility for the situation and poor decisions, and the actions he took that ultimately brought it all down. He's detailed this journey in a book titled, "Burning Bellatorum", set to release on 9 Apr 2022, exactly a year to the date after he sent his fateful letter to investors. During the show, Aaron made mention of some spiritual components to Chris' journey that he felt obligated to share, and may have not be able to articulate fully in the heat of the moment. Some applicable links and resources:Bellatorum Resources article in Reuters: https://www.reuters.com/business/energy/exclusive-texas-energy-fund-shuts-founder-says-millions-squandered-2021-04-22/Spiritual References:https://www.biblegateway.com/passage/?search=romans+10&version=NLThttps://www.biblegateway.com/passage/?search=romans+8&version=NLThttps://www.biblestudytools.com/bible-study/topical-studies/reminders-that-no-god-is-not-mad-at-you.html“If we confess our sins, he is faithful and just and will forgive us our sins and purify us from all unrighteousness” (1 John 1:9).“’Come now, let us settle the matter,’ says the Lord. ‘Though your sins are like scarlet, they shall be as white as snow; though they are red as crimson, they shall be like wool’” (Isaiah 1:18).Red Letters by Crowder: https://www.youtube.com/watch?v=YqvJXVFedb4If I can encourage you in any way with faith-based, text message encouragement, text "faith" to 682-255-1642 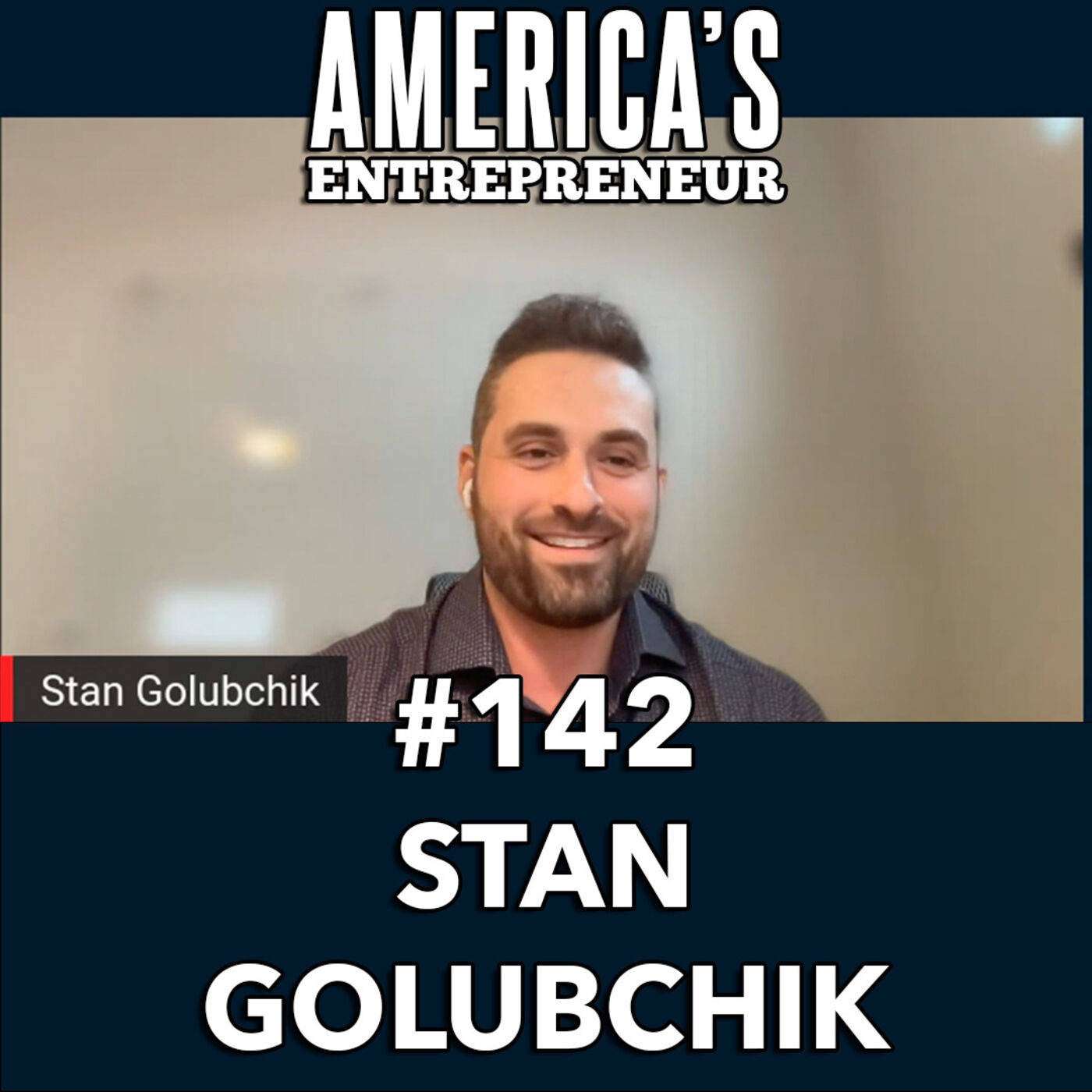 #142: A cybersecurity startup with Stan Golubchik

CEO of cybersecurity startup ContraForce (https://contraforce.com), Stan Golubchik joins the show to discuss his family's riveting immigration story, his path to technology, and how his company is addressing an underserved market in the cybersecurity landscape.

So excited to announce that new episodes of the show will be airing later this month. After a nice break, combined with a January loaded with sickness, I'm so excited to announce that show is coming back and we're bringing the guests, the knowledge, and the fun. I am so incredibly grateful to you if you're listening or reading this, for being there. Thank you. I would LOVE to hear from you, drop me a line at aaron (at) boldstrategygroup (dot) us. Would love to connect! Talk soon!

Quick Note on the Show!