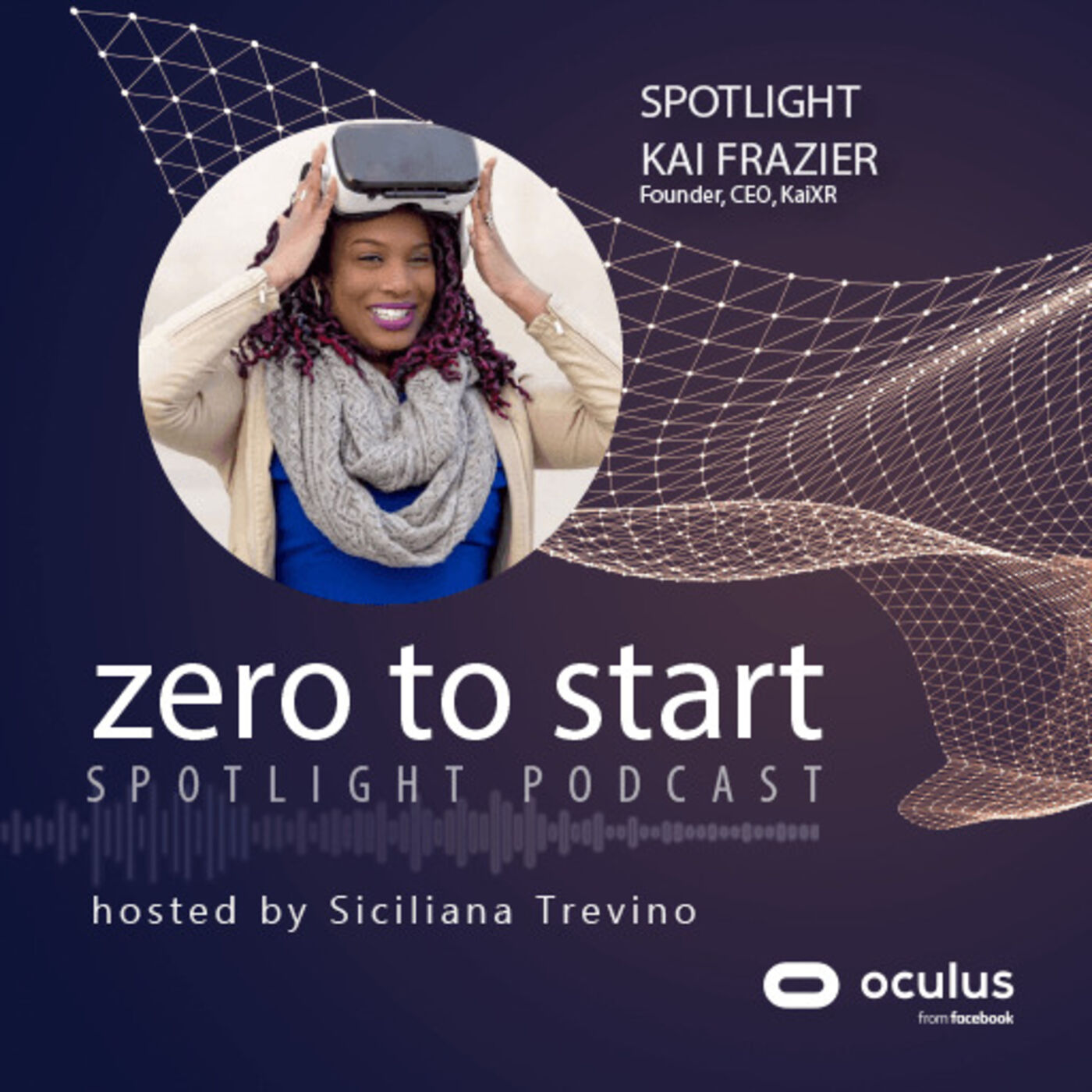 SPOTLIGHT: Kai Frazier, CEO, KaiXR on creating the most accessible and inclusive VR platform for kids on the web 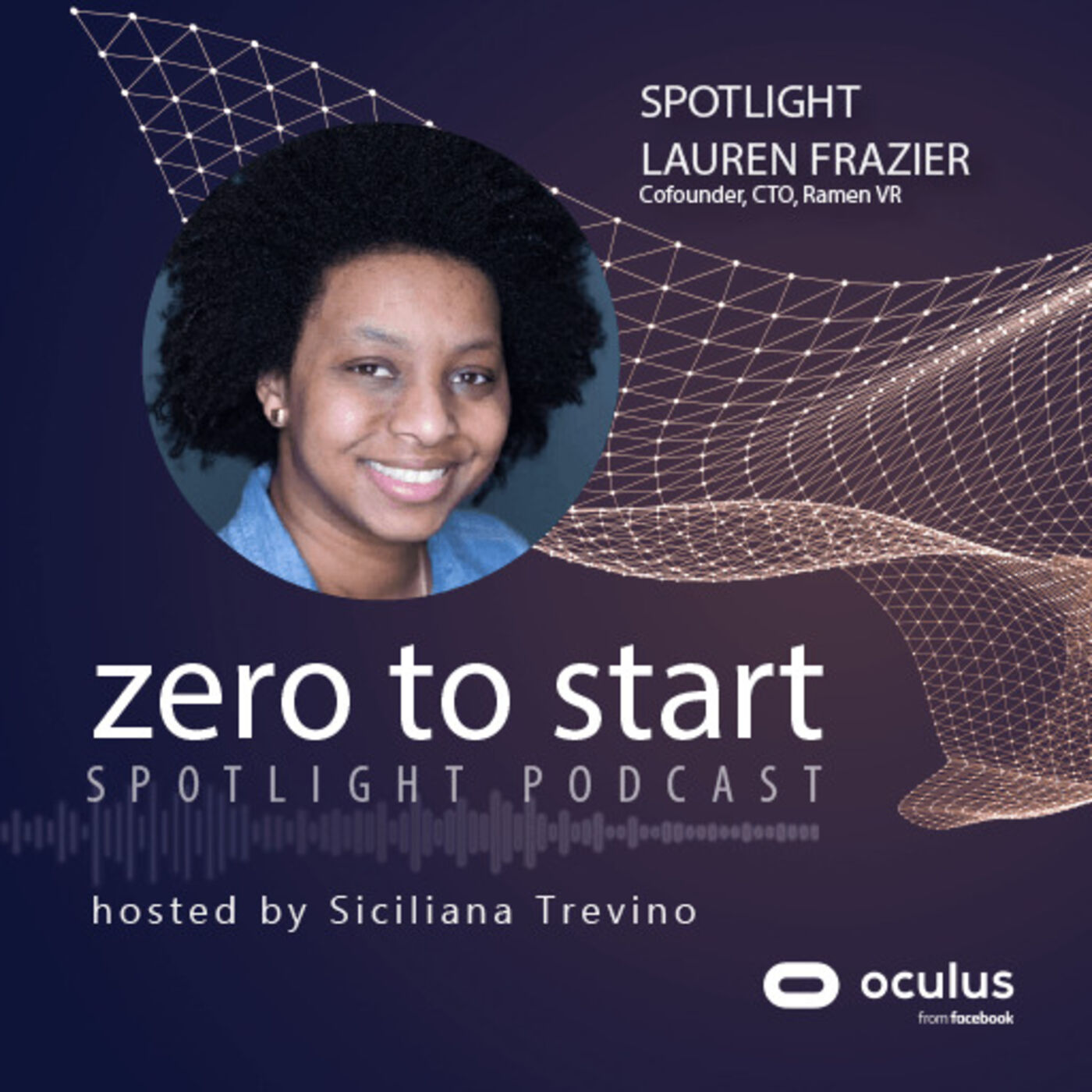 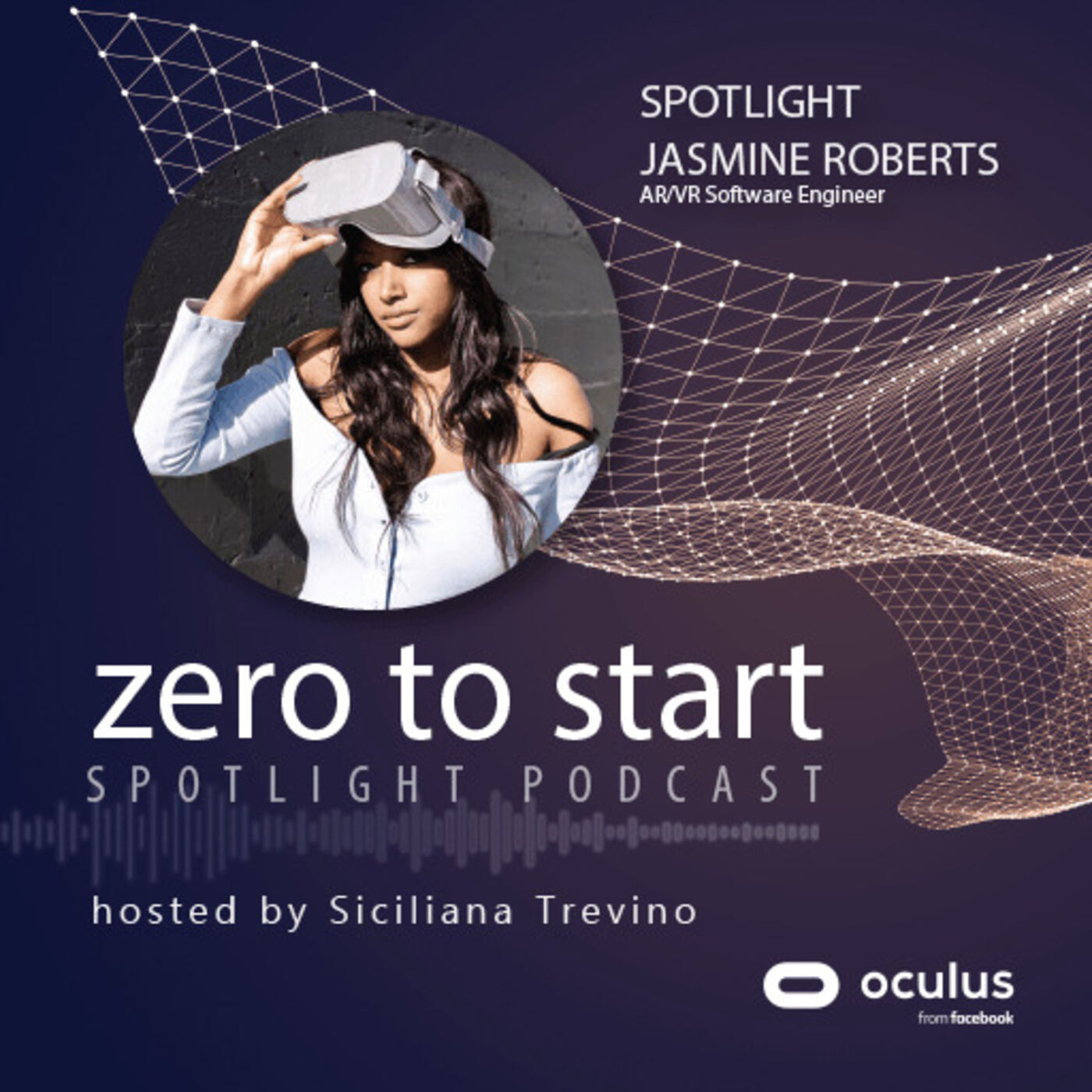 SPOTLIGHT: Jasmine Roberts, AR/ VR Software Engineer on developing for AR and how beginners can succeed in immersive tech 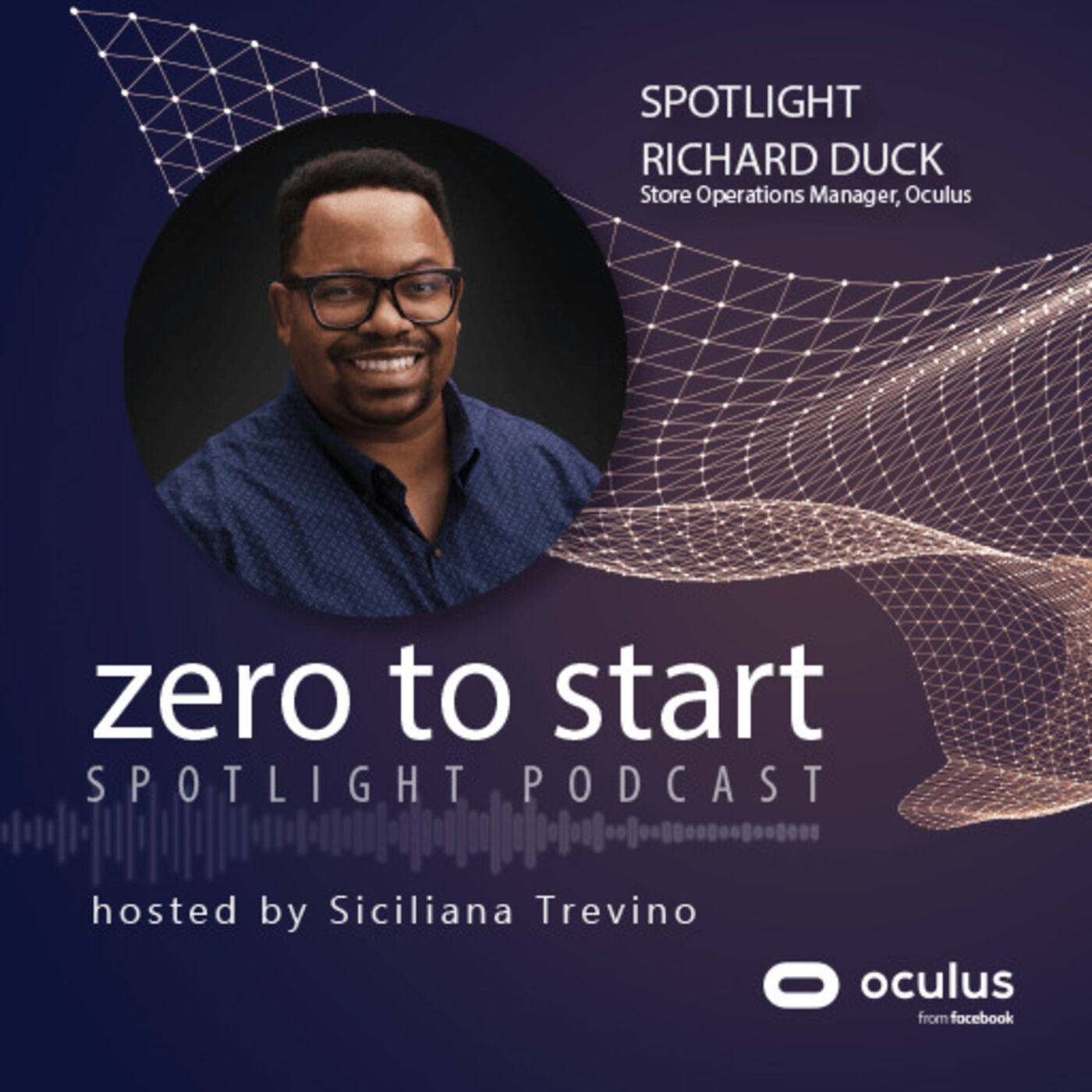 SPOTLIGHT: Richard Duck, Store Operations Manager at Oculus on preparing your VR title for submission to the Oculus Store 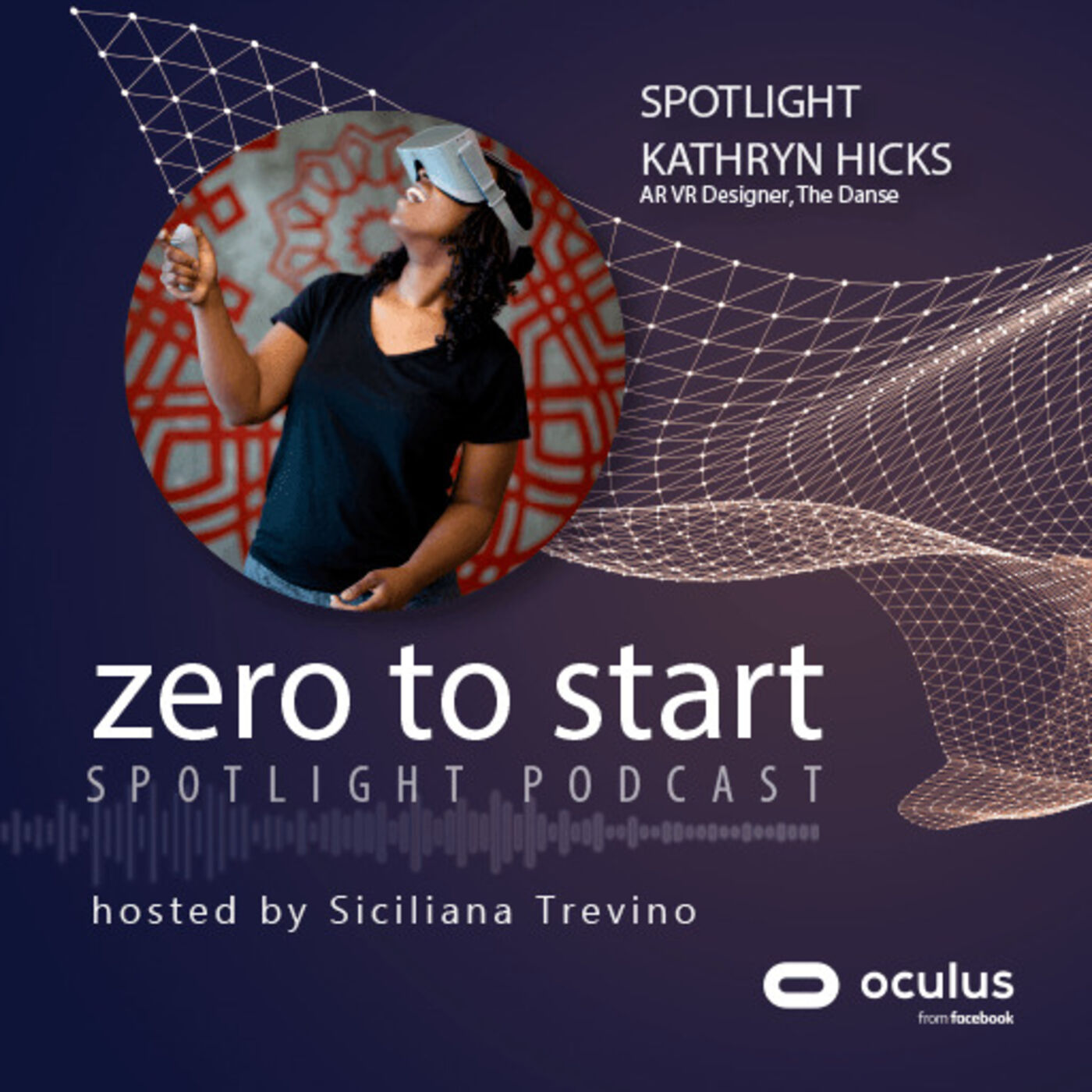 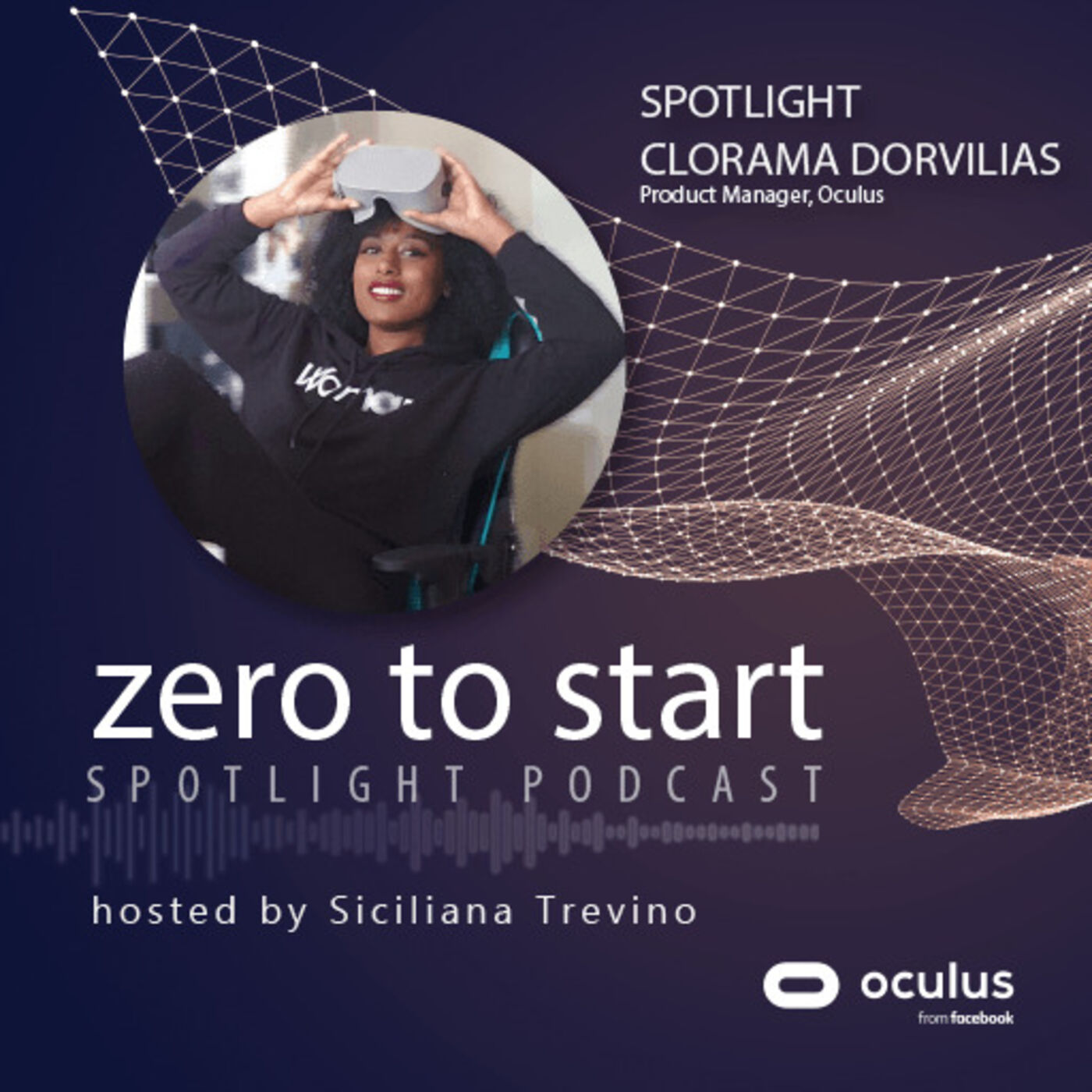 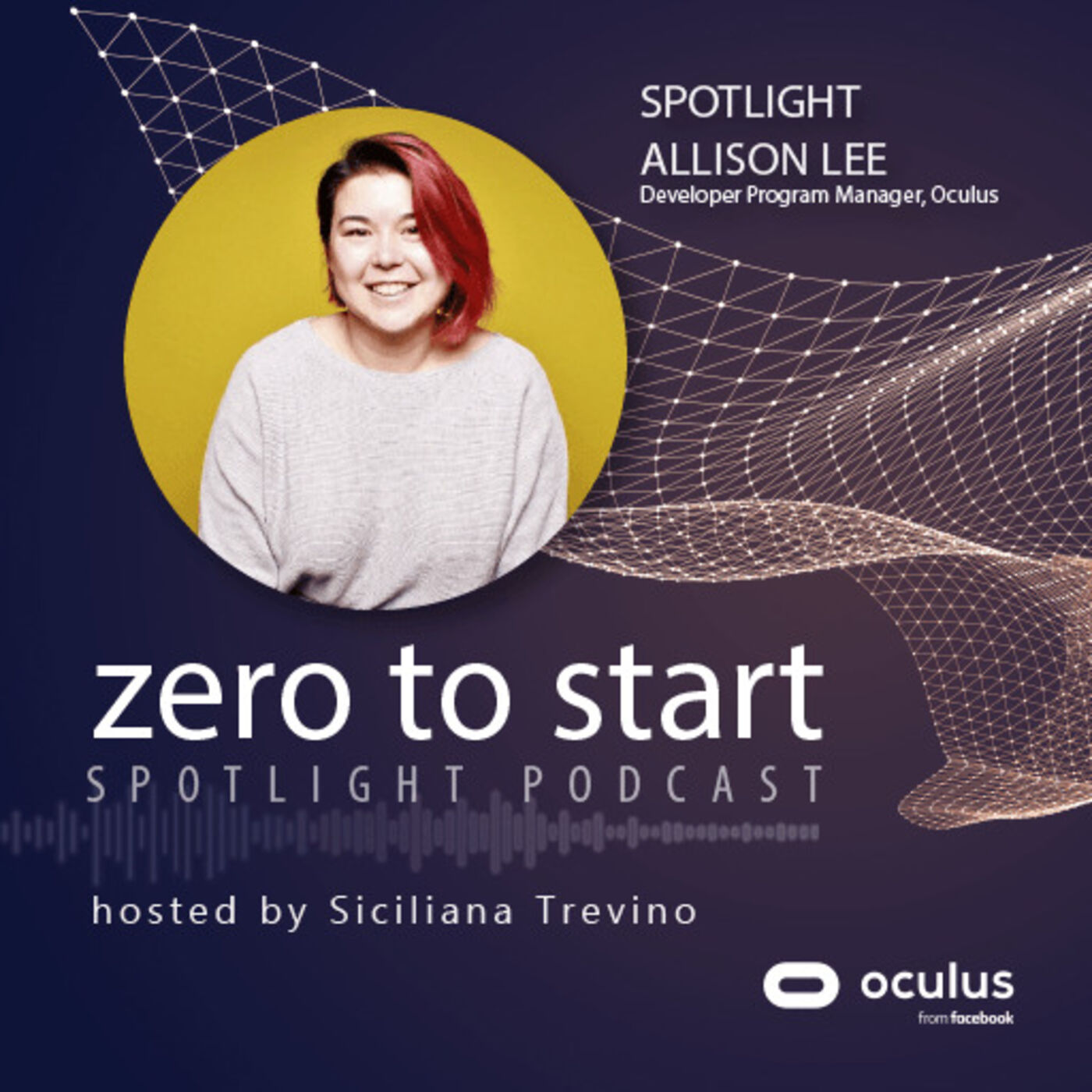 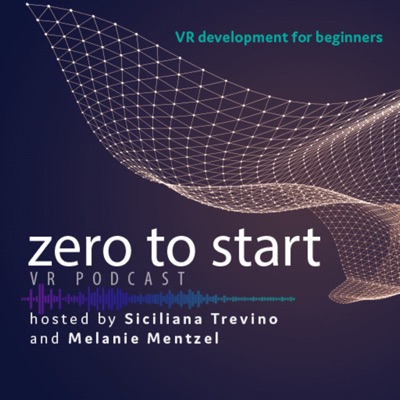 Ten weeks ago the Bay Area began sheltering in place. Learning how to build an oasis in VR has never been more profound or essential, if not disorienting as we face a staggering loss of life from Covid-19 and outrage over the murder of George Floyd in Minneapolis. As we learn how to turn on the lights in the virtual world we’re building with Unity, reality is in turmoil and in need of healing. While technology alone can’t cure disease or injustice, VR is a powerful medium that can inspire compassion and collaboration, resilience and community. We're on a quest to make that potential a reality. Thanks for joining us. On our 6th episode Melanie and I recap: Epic Games announcement of the release of Unreal 5, their free to download game engine, introducing two new core technologies, Nanite and Lumen.A field trip into Engage VR for Caitlin Krause’s Collaboration in VR eventMelanie’s first Unity project “Moasis” Unity render pipelines part 1Our quarantine dev mode playlists on YouTube: Elements and The GammaFeatured linksSetting up Unity XR in 2020 - Gerald McAlister, RGB SchemesVIDEO: What are shaders? - The Happie CatVIDEO: How game engines work - The Happie CatICYMI: Today, 60% of #AR and #VR content is powered by Unity! - @unity3dVIDEO: The Art of Mise en Place - ChefStepsLooking back/1995 All you wanted to know about FireWire - cmpleFollow us on Twitter@iSiciliana@BCMORG@Quirkeley@ar_vr_womenJoin ARVR Women and Allies on Facebook===================Zero to Start Music by Melanie Mentzel and Leonard ShermanLeave Me in My Broken Dreams by Raär

We're back! Thanks to Berkeley Community Media, Melanie has a new VR-ready gaming PC and is all set with Unity Hub and the Oculus Rift CV1. On this episode we reflect on my early days in VR (way back in 2015) and my first GearVR project, how VR development keeps you on your toes, we dive into Melanie's new PC and the VR experiences she's been exploring including AltSpace and VRChat. We also highlight a few of the many thriving VR art communities on Facebook that will inspire you on your VR journey and more. As always, stay focused in dev mode with our weekly music playlists on YouTube: Elements and The GammaHappy Installing! Featured linksOculus Start Developer program 360 VIDEO: Snow Angel "We Love"360 Filmmaker Kevin KunzeXEODesign CEO Nicole Lazzaro SpatialFirst CEO Emily OlmanZencaster High Fidelity PodcastingAbleton - software and hardware for music creation and performanceVR Hardware / Tools / Social PlatformsVIDEO: ASUS G11 Gaming Desktop Computer overviewUnity HubAltSpaceVRThe HiveVR in AltSpaceTOOL KIT: AltSpace world building VRChatTilt Brush by GoogleGoogle BlocksVR art communities on FacebookXR ArtistsVR Art Live!Learning Unity for VR/AR Artists Tilt Brush ArtistsImmersive AnimationFollow us on Twitter@iSiciliana@BCMORG@Quirkeley@ar_vr_womenJoin ARVR Women and Allies on Facebook===================Zero to Start Music by Melanie Mentzel and Leonard Sherman

A Glitch in the Matrix-Corona lock down! Sidelined by an Oculus install bug from 2016

We're on lock down! Last week on March 15th Berkeley, then two days later, the state of California issued a Stay at Home order that moved us from the basement of the matrix and onto Zoom. What is an essential business and does it include cannabis clubs? Will social distancing increase VR adoption or will the supply chain limit VR to industry and early adopters? Are we living in a simulation sparked by alien technology? We contemplate our new reality and re-cap our encounter with an Oculus Rift install bug from 2016 that has us pivoting yet again in search of a way forward. Oculus Forums / Oculus Setup: KB2670838 and KB3033929 required, but already installedBe sure to catch our YouTube playlists for music inspired by the intensity of the moment. The GammaElementsStay home and stay safe everyone!Featured links:NeuroExplorer VR on OculusExploring Cornonavirus molecules in VR, CDC YouTubeNanome on Oculus, nanoscale design / get covid-19 model via the PDB code 6LU7. Nanome is free to download through Oculus, Steam, Sidequest, or nanome.ai/setupVRChat on OculusRecRoom on OculusHappy Installing!Siciliana and Melanie

As COVID-19 changes life as we know it and has industry scrambling to prioritize public health and employee safety by minimizing travel, canceling GDC and SXSW among many other high profile events, Social VR takes center stage in conversations about working remotely and collaborating at a distance. The challenge is, how accessible is VR outside of the industry's early adopters? The pandemic has us wondering beyond the scope of development into global supply chains and sustainability. For more about conferences in VR check out: Thoughts on "GDC in VR" - Liv EricksonBehind the Scenes of the Educators in VR International Summit - Educators in VREight Resources for Meeting Using Virtual or Augmented Reality - WXR FundAltspaceVR Offers Extra Support for Virtual Conferences During Coronavirus Outbreak - AltspaceReduce Travel by meeting in Mozilla Hubs - @ByHubsIn other news, the recent viral video of a mother seeing her deceased daughter in VR also flooded our feed, reminding Melanie of how she volumetrically capture her mother's magical apartment with the help of Emily Olman, CEO and Co-Founder of prop-tech company, SpatialFirst. After a recap of Oculus Launch Pad demo day and lessons learned from the Facebook Oculus program, we reach the dev side of life where we had to take a step back from starting our Unity project to set up the legacy Rift headset (CV1) we're using only to discover an install bug dating from 2016 - that we have yet to fix! We switched gears to set up Melanie's Oculus Developer account and profile organization, which is required to create an Oculus app. The developer dashboard menus are a little squirrely so we suggest book marking  visited pages, like the developer and App ID pages. Oculus developer siteCreate organizationAll about Release Channels===========Be sure to subscribe to our Zero To Start YouTube channel and check out our weekly playlists, The Gamma and Elements===========Next week we'll confront our glitches or see about using a different, Rift S headset.Until then, wishing everyone clean hands and smooth installs. Siciliana and Melanie

We're ready to blame the stars for the blues, snafus and surprises we encountered in the basement of the matrix this week. Whether or not you believe in Mercury Retrograde, when technical difficulties are at their astrological peak (happening now through March 9th btw), Unity development is a moving target that will have you retracing your steps just when you thought you knew where you were going. Installing Unity Hub we learned that we didn't need to install Visual Studio 2019. Ever since Unity version 2018.1, Visual Studio 2017 is the default code editor and part of the install package. For details visit the developer page: Get Started with Visual Studio Tools for Unity. Melanie selected the personal Unity subscription, set up her first developer account and validated her account ID. We installed two versions of Unity, 2018 LTS and one of the latest versions of 2019, to be confirmed.Melanie recalled the time we went to VidCon 2015 and tested the first Ricoh Theta 360 cameras. Here's the shaky YouTube video from that excursion, Greetings from Vidcon, featuring Tay Zonday of Chocolate Rain fame talking VR and the future of influencer culture. Throughout this episode we take a deep dive into the inspiration behind our playlists from the last two weeks, despite saying the playlists were for "next week". This is the music that gets us through the hoops. On Elements, Melanie's playlists from the last two weeks, the tracks evoke a fresh start vibe, combining world music with local performances, classic 80's electronica and the colors of the rainbow. Elements wk. 1Elements wk. 2On The Gamma, Siciliana's playlists are peppered with Joji, spacey house mixes and Tame Impala's Feels Like We Only Go Backwards, to keep you skipping along the deep blue universe, open to the void of glitches, bugs and the daunting curves ahead. The Gamma wk. 1The Gamma wk. 2Will VR development ever become second nature like switching on a light? Maybe when cars fly. Next episode we'll start Melanie's first Unity project, pick a render pipeline, install Oculus integration and get Melanie's Oculus account set up. For more links to topics covered in the podcast head over to our Facebook group and for our weekly music playlist subscribe to Zero To Start on YouTube. Happy Installing!Siciliana and Melanie

Welcome to the basement of the matrix! We're kicking off our first episode with the basics of setting up your PC for VR development including installing Windows updates, clearing up the drives and installing Visual Studio 2019. We outline our project goals and talk about the benefits of making a VR portfolio to submit to the Oculus Start Program for independent developers. What's inside their box of goodies?For our weekly music playlist subscribe to Zero To Start on YouTube. Happy installing!Siciliana and Melanie
See More
Comments