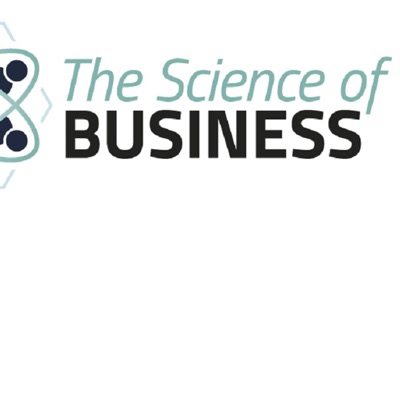 The Science of Business

Author: The Science of Business

© Copyright The Science of Business

Following her graduation from Trinity College Dublin with a Bachelor of Science in Nutrition and Dietetics Louise worked as a dietician at Crumlin Children’s Hospital and despite loving this work Louise decided to place her focus on business and went on to complete an MBA at DCU and a marketing course with the Marketing Institute of Ireland. From there, she got a job in sales with Cow & Gate Nutricia where she spent the next five years, working her way up to Senior Manager. She and her husband, John, a vet, decided to leave Dublin and move back to her native Waterford where she decided it was the right time to go it alone in business and set up her first company.

Louise had a new business venture in mind and she established Q1 Scientific in 2012. It is the first Irish company to specialise in the provision of a stability storage service, meeting the highest international standards, as required for the highly regulated pharma, medical devices and bio-sciences industries. Today Q1 Scientific employs twelve people and can count 10 of the world’s top pharma companies as clients. Louise recently moved to the role of Chairperson as another new business venture was already within her future sight.

After raising 3.2million in capital Louise co-founded TriviumVet with Tom Brennan and launched the business in 2018. TriviumVet specialists in the development of drugs and other medical devices to treat chronic diseases in companion animals. The company has already developed a beef-flavoured tablet for treating gastric ulcers in older dogs. The drug is currently making its way through the regulatory process, while a heart disease treatment is also at the advanced stage of development.

Louise’s business acumen and achievements have been recognised over the years with an array of business and innovation awards including being selected as a finalist in the 2016 EY Entrepreneur of the Year Awards. Along the way, her businesses have also been shortlisted and have won many prestigious industry awards inlcuding the AIB / Business & Finance Irish Emerging Company of the Year, David Manley Start Up Business of the Year, Irish Industrial Products Exporter of Year, Pharma Start-up of the Year, to name but a few.

Louise is a keynote speaker at national and international conferences and also offers her time as an adviser to start-up companies on business development and marketing. She developed the Irish Business Role Models teaching program for 3rd level education in association with Enterprise Ireland and supports several local charities.

Most recently Louise has launched a new podcast series, titled ‘The Science of Business’. Each month Louise meets with some of the people behind the pharma and life science sectors in Ireland who share their own career paths and interesting business stories in this leading global field. ‘The Business of Science’ can be found on Soundcloud.

Louise lives in Waterford with her family and it is here where her parents and grandparents before them have been in business for over a century. Her father ran a pharmacy and general store in the city and there, working part-time throughout her teenage years, Louise was first introduced to the world of entrepreneurship.
9 Episodes
Reverse 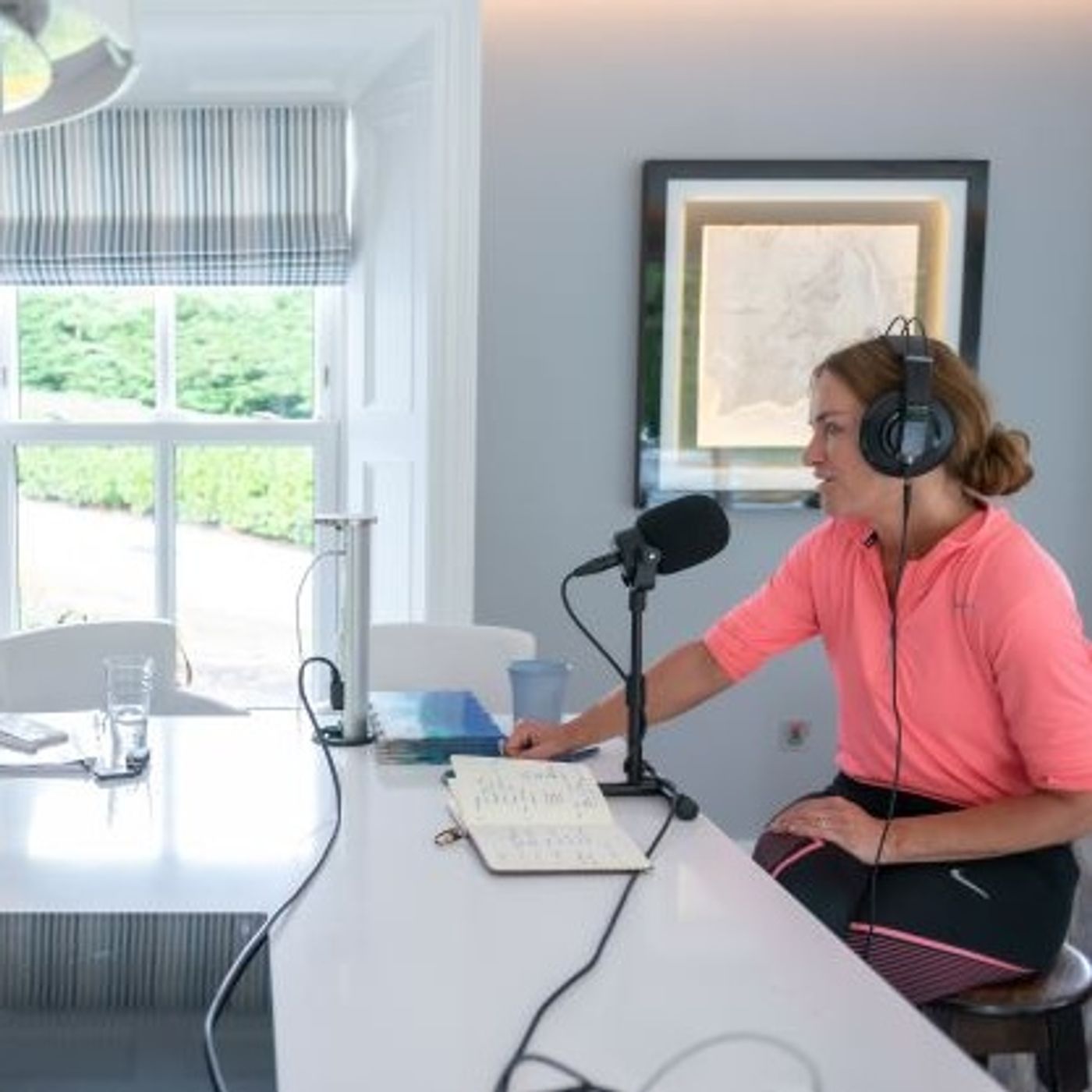 EPISODE 9: Louise has an insightful discussion with Dr Rhona Mahony

Dr Mahony is an Obstetrician & Gynaecologist, a Specialist in Maternal and Fetal medicine and an Honorary Clinical Professor with RCSI. She previously served as Master of the National Maternity Hospital in Dublin from 2012 to 2018. She recently joined the board of Halocare and currently serves on the Board of St Vincent's Healthcare Group. During the interview, Dr Mahony speaks of her experiences at school, through her career to now working with Trinity Business School in an area that will see a broader education for medical students. She also speaks about collaboration in healthcare stating that “it is deeply absent in medicine” and that the Pandemic has offered us a flavour of what can be achieved when we work together. 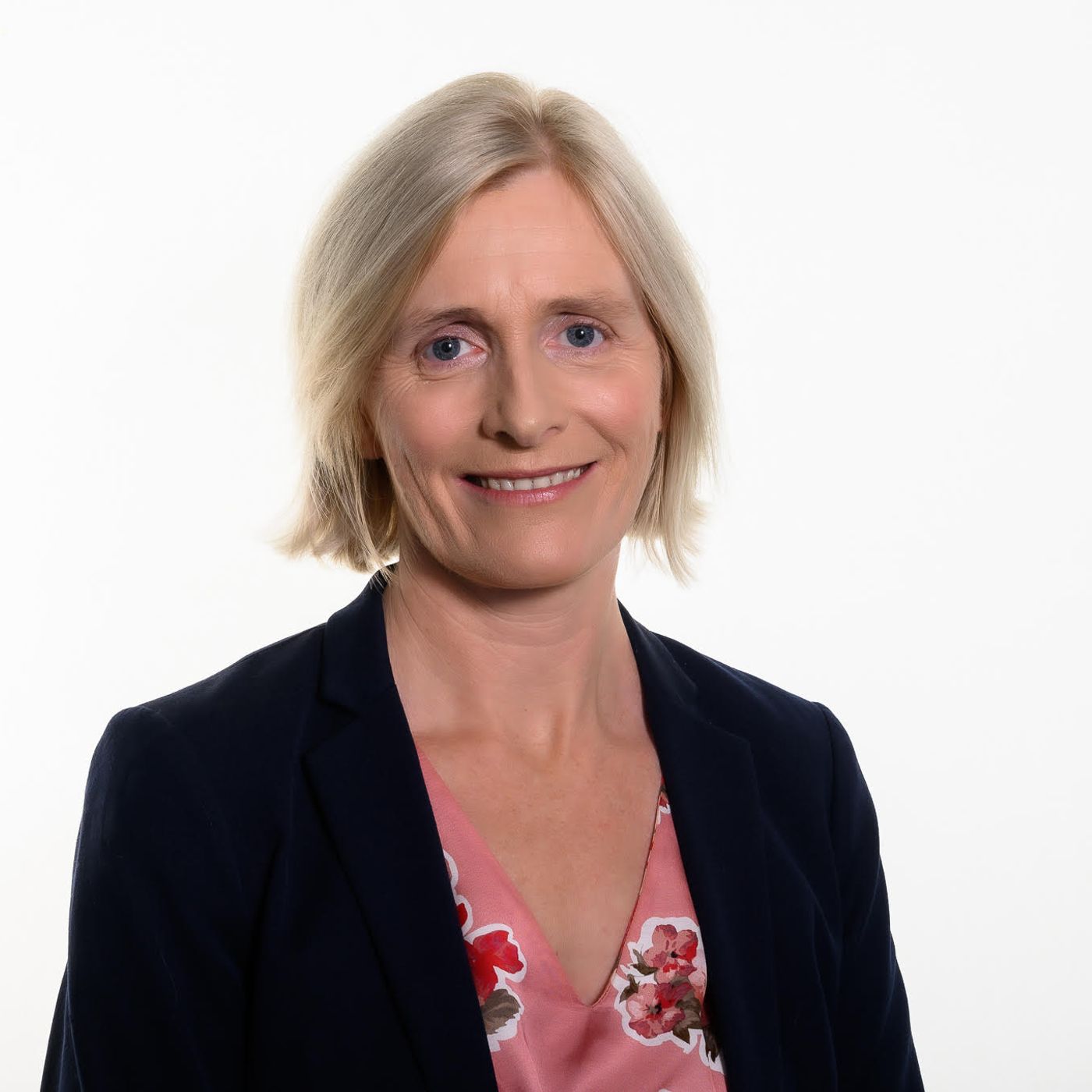 Ruth is Head of Cluster and Insulins Manufacturing at Sanofi. Here, she recalls some of her career experiences, ranging from early roles in the UK beer and soft drinks sectors, to leadership in Sanofi via a stint at Waterford Crystal. She also speaks about Waterford’s appeal as a great place to live and work, and the importance of lifelong learning. Ruth also discusses some of the lasting changes to global business arising from COVID-19, and how mRNA is a breakthrough moment for pharma. 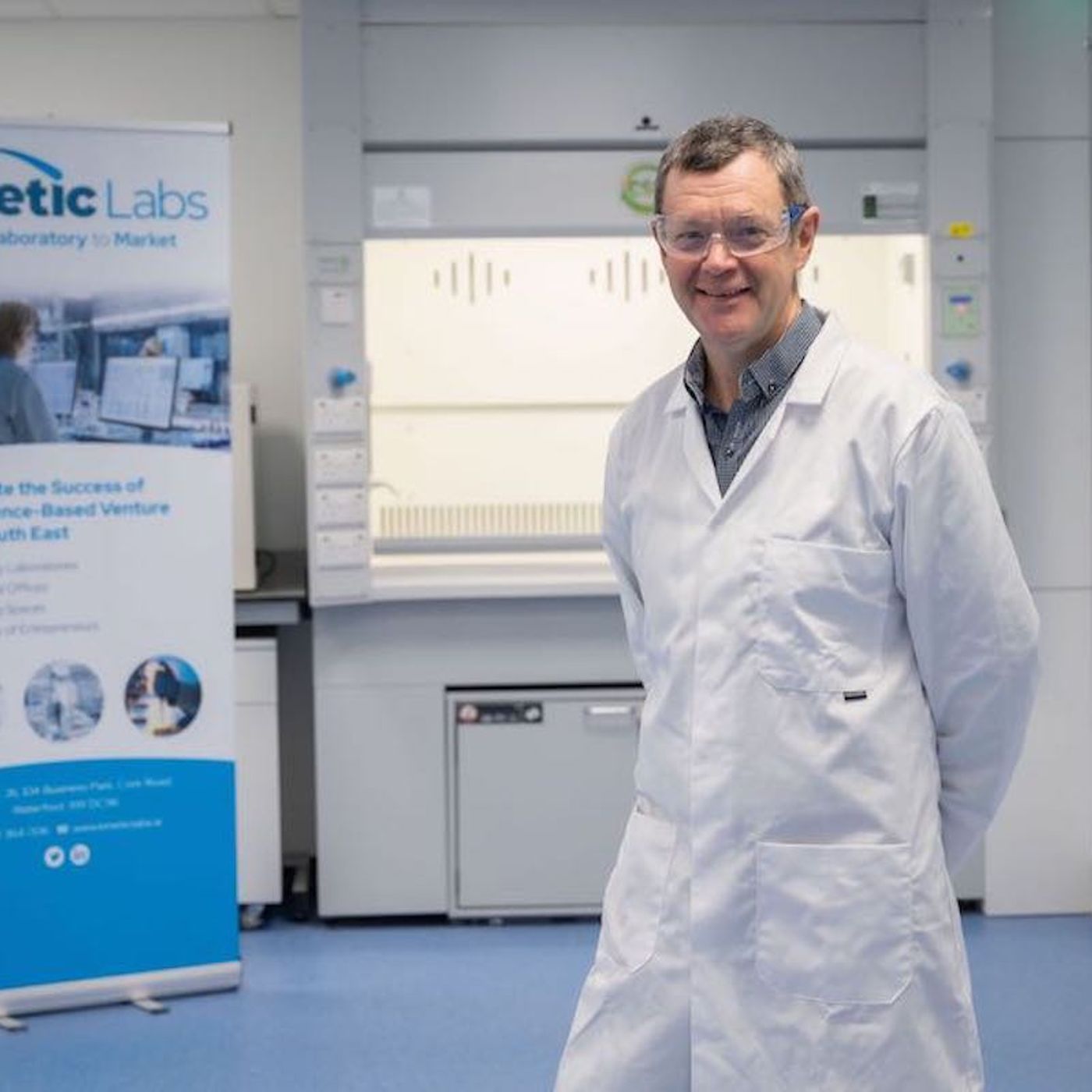 In this insightful interview with Louise, co-founder of Eirgen Pharma Patsy Carney also discusses how his early interest in science was ignited at secondary school. He details his extensive career journey, including how his decision to take an MBA with his work colleague Tom Brennan, would lead them to develop the business plan for what would become one of the country’s more successful indigenous pharmaceutical companies. Patsy also goes onto detail new venture Kinetic Labs, a Waterford-based facility offering state-of-the-art single and shared wet lab space - the first of its kind in Ireland. Q1 Scientific stores pharmaceutical samples at very specific temperatures for 11 of the top 20 pharma companies in the world. In discussion with Louise, Stephen recognised that the Pfizer BioNTech Covid-19 vaccine will need to be stored at subzero temperatures, and that there are distribution challenges in rolling out both that and Moderna's vaccine across Ireland. However he sounded a positive note by explaining that Q1 Scientific already stores and distributes medical drugs at this level, and is ready to provide its services to store and distribute the anticipated vaccines. 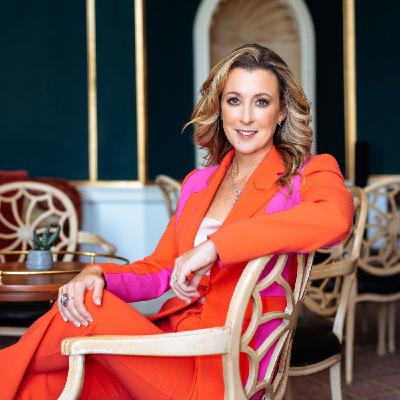 Chanelle McCoy is the founder of McCoy Health. In this discussion with Louise, she shares her insights on growing a global business and her plans to roll out a ten minute finger prick test to check if an individual has had COVID19. The All-Ireland Business Champion Award winner and Dragon’s Den funder Chanelle tells of key moments in her incredibly successful career, which saw her bring the family pharma business into 96 countries around the world and secure over 2,500 product licences. She also chats about building McCoy Health which focuses on developing pharmaceutical-grade cannabidiol (CBD) and the rights to distribute the ground-breaking ‘SugarWatch’, a needle-free glucose monitoring device for diabetics, across Ireland. 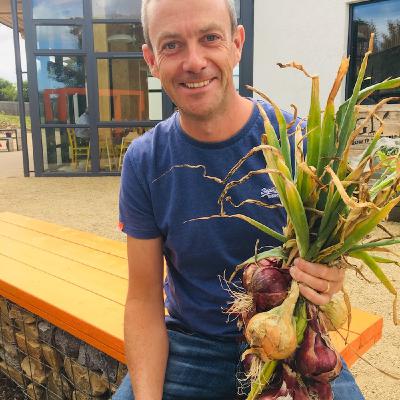 Michael Kelly is a social entrepreneur, author, TV presenter and hacker grower. GIY aims to support 100 million people to grow, cook and eat some of their own food for a healthier, more sustainable world by 2030.In this episode the Meath native shares the story of his career starting with how he left a life in IT Consultancy, moved onto journalism and then successfully established the fast-growing social enterprise that is GIY. Michael also shares insights on the key decisions that were required for the social enterprise growth journey, where a crossroads was met and a pivotal moment meant that in order to grow the movement in a sustainable fashion he made the decision to solidify it with a business structure and the establishment of GROW HQ in Waterford. 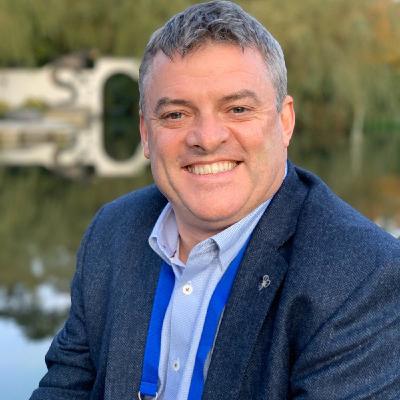 Laois native Tom is co-founder of speciality healthcare company EirGen Pharma, and, more recently, co-founder and director of Triviumvet. In this podcast he discusses how his early career started at Clonmel Healthcare and moved to IVAX a few years later. He took a leap and set up his own Pharmaceutical company, after undertaking a part-time MBA at University of Limerick. It was there he met Patsy Carney, and Tom tells the story of they came up with the idea of setting up Eirgen Pharma together. 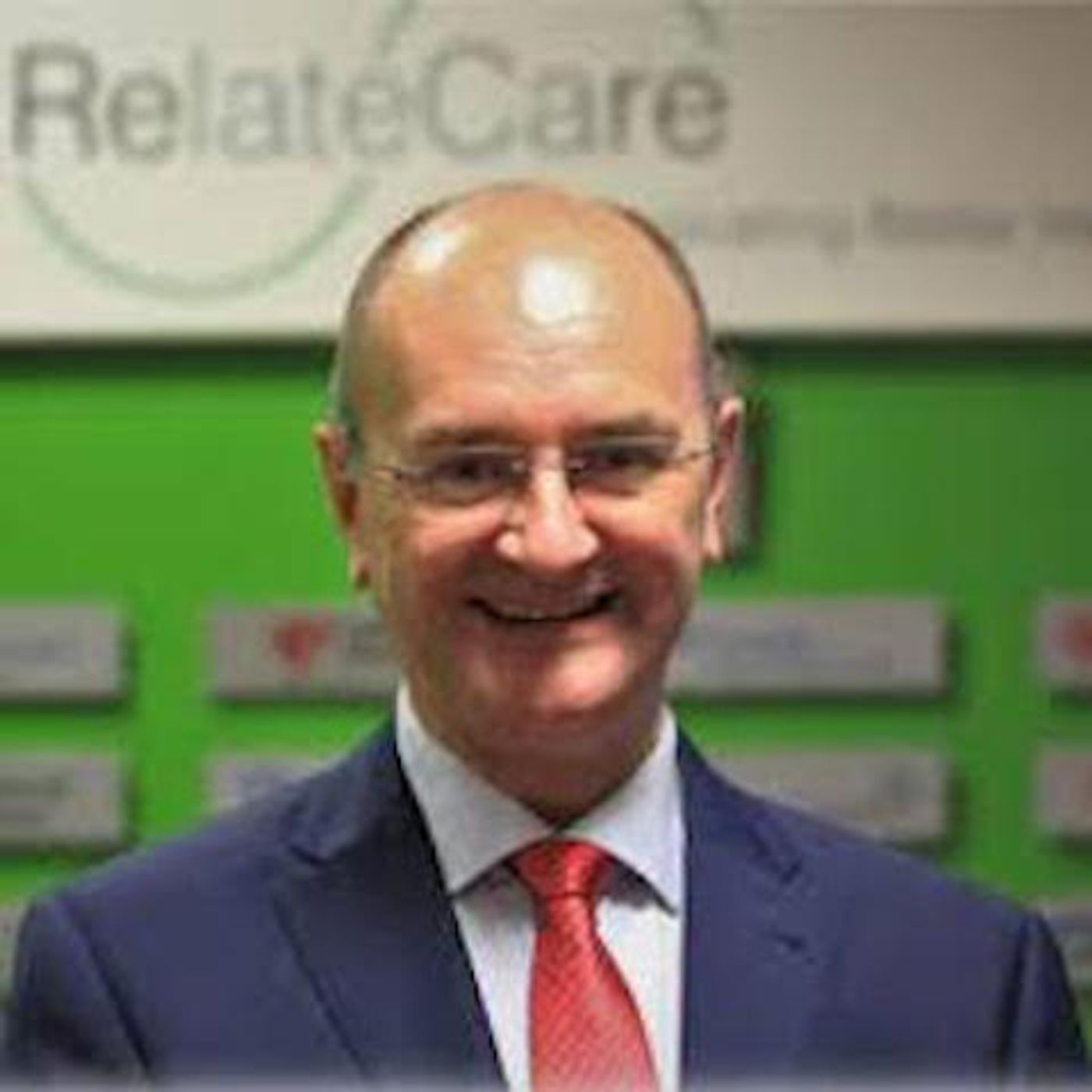 EPISODE 2: Louise has an insightful discussion with Dr Frank Dolphin

Frank shares his incredible career journey from the starting point at Temple Street Children’s Hospital, to his former role as Chair of the HSE, to establishing his global businesses Rigney Dolphin and international healthcare company Relate Care. He also speaks of working remotely, and how, as a result of Covid19, businesses will place more scrutiny on productivity levels than ever before and a recalibrating of how employees are managed into the future. 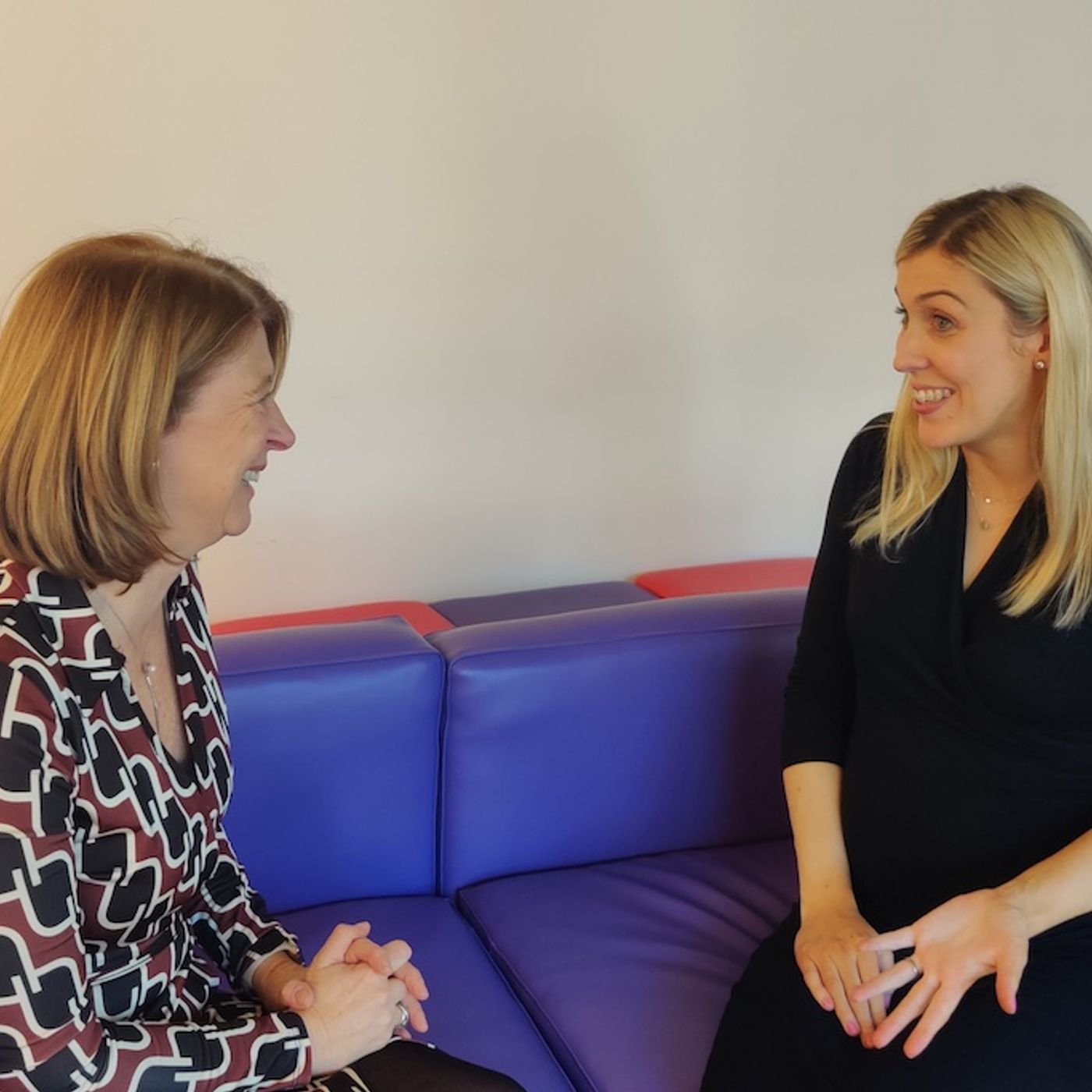