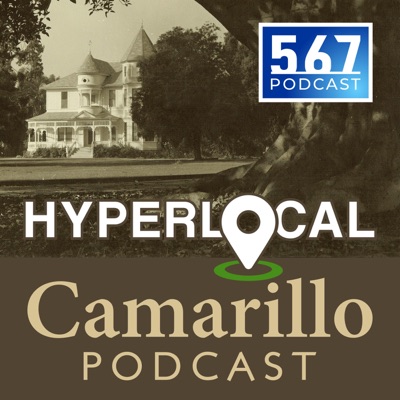 Hot spots and best-kept-secrets in and around Camarillo, California, a bedroom community north of LA. Listen for interviews with a wide range of characters from Old Timers, Blue Hairs and Blue Beards to local business owners. Keep in mind, the local history isn’t all roses and sunshine; we have an assortment of True Crime stories that’ll captivate you.
9 Episodes
Reverse 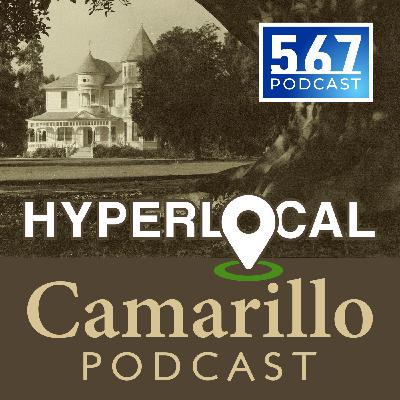 Hot spots and best-kept-secrets in and around Camarillo, California, a bedroom community north of LA. Listen for interviews with a wide range of characters from Old Timers, Blue Hairs and Blue Beards to local business owners. Keep in mind, the local history isn’t all roses and sunshine; we have an assortment of True Crime stories that’ll captivate you. New episodes each week starting in June. 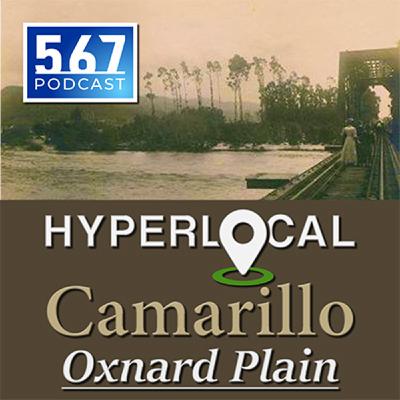 In 1861, while the Civil War raged in the east, a monumental flood transformed California from a livestock economy into the world’s fifth largest supplier of food. Generational floods turned cattle ranchers into prairie farmers as a salty barren desert becomes an agricultural mecca. We detail these chains of events while expanding on the role the Oxnard Plain played into all of this. Hyperlocal Camarillo is a docu-podcast showcasing the historical places and faces behind a sleepy bedroom town 50 miles north of Los Angeles and 50 miles south of Santa Barbara. Natural disasters, cowboys, and ranchers showcase real stories in real settings that are more than just local history. 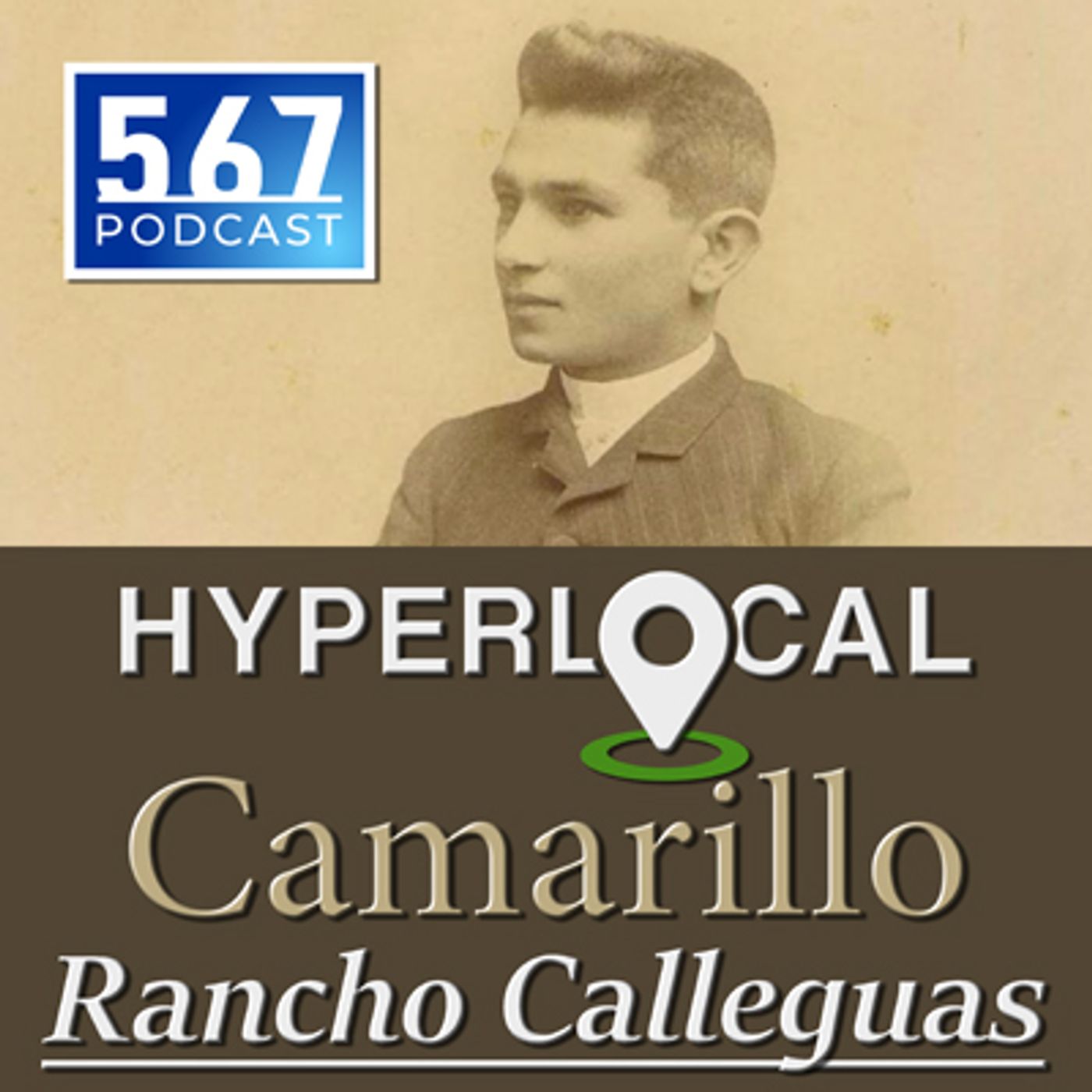 Camarillo was incorporated as a city in 1964, but long before that, it was known as Rancho Calleguas, a 10,000-acre desert Adolfo Camarillo transformed into an agricultural mecca. But the rancho also played a crucial role connecting railroad and freeway transportation between Northern and Southern California, forever establishing direct transportation with the commercial world. You’ll learn about these chain of events plus the Conejo Grade, the demise of the Camarillo Depot, waltzing raccoons, and Josh McDonald’s questionable years in High School. 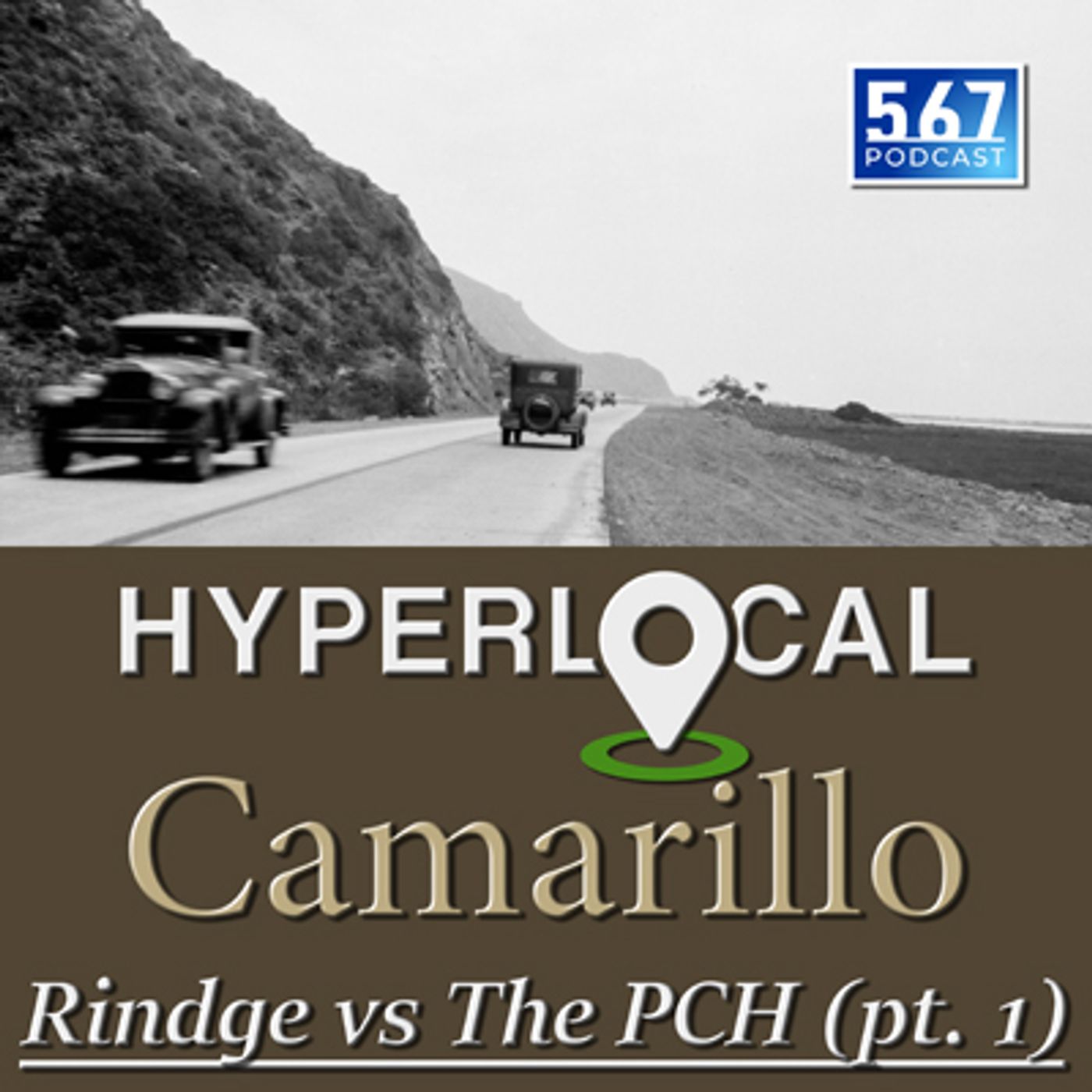 Rancho Topanga Malibu: The Fight Between May Rindge and the United States Government

Before his death in August of 1905, Fredrick Rindge, the Land Baron of Malibu asked his wife, May Rindge, to make a solemn promise: Preserve the natural beauty of their “Sunset-Land” ranch and resist all efforts by others to invade their domain. May Rindge will spend the next three decades trying to keep that promise. She'll fight the Southern Pacific, State of California, and the U.S. Federal Government in a series of legal and sometimes violent battles to keep any public roads or rails off the Rindge family land. The Rindge family has little-known connections to not only the Camarillo family, but the city of Camarillo itself. Jose de Arnaz, the father of Ventura, Maria Camarillo, and the Adohr Dairy Farms are all intertwined in this local history epic starring Rindge family Matriarch, Rhoda May Knight Rindge. Is she a folk hero protecting the rights of her family's property, or an evil land baroness halting the public will for her own personal gain? 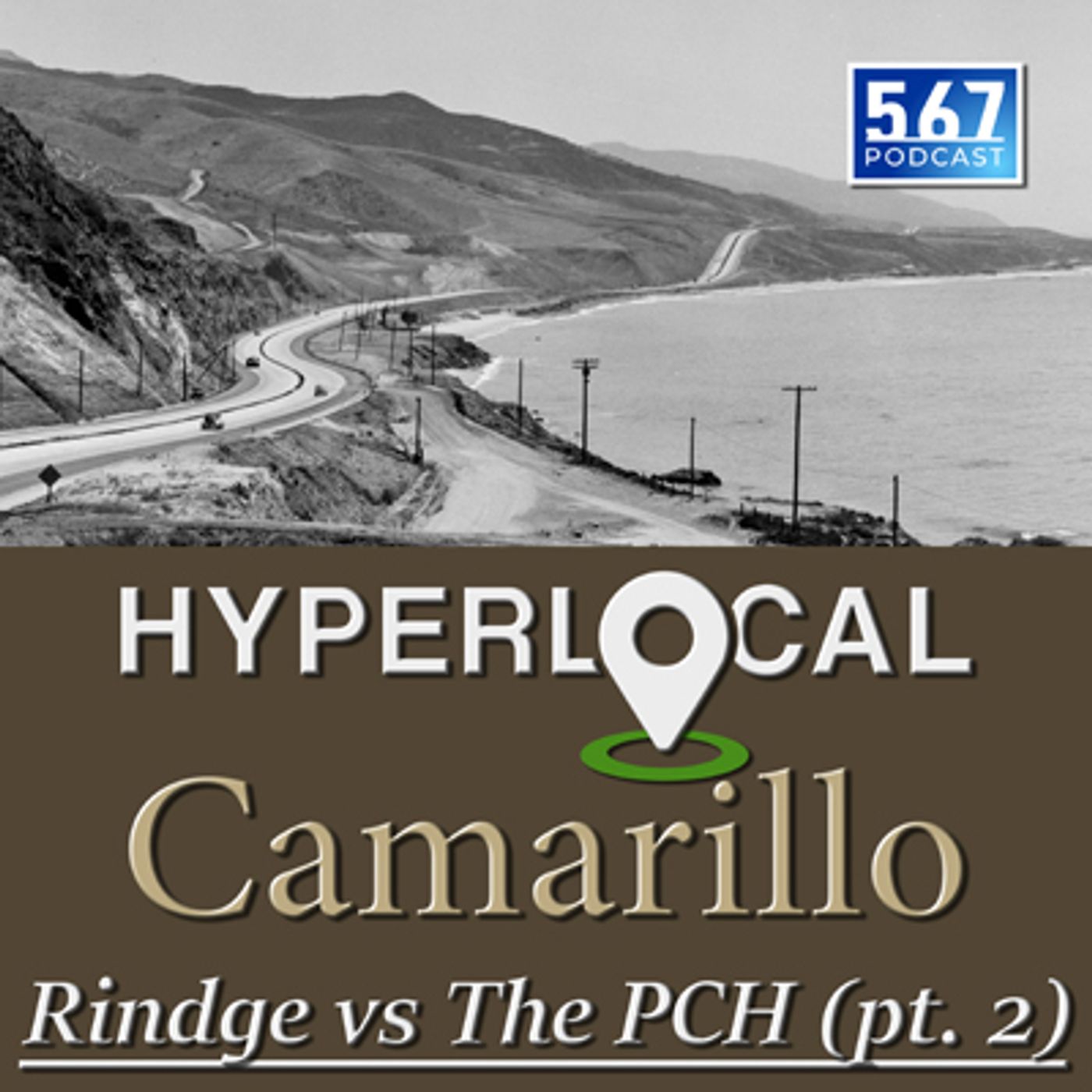 May Rindge vs. the Pacific Coast Highway: The Malibu Land Grant That Changed the Coastal Landscape Forever

In Part II, May Rindge continues the solemn promise she made to her late husband, Frederick Rindge, to resist all efforts by others to invade their domain, Rancho Topanga Malibu. Some of her efforts went to extremes. After losing hundreds of heads of livestock, she hired armed guards and instructed them to shoot any trespassers. Gun fights, Legal hand-to-hand guerrilla warfare, over twenty million dollars of her own money, and one missing person are just a few in a chain of events that led to the birth of the Pacific Coast Highway between Oxnard and Santa Monica—and it went all the way to the Supreme Court. What does this have to do with Camarillo? Give a listen! 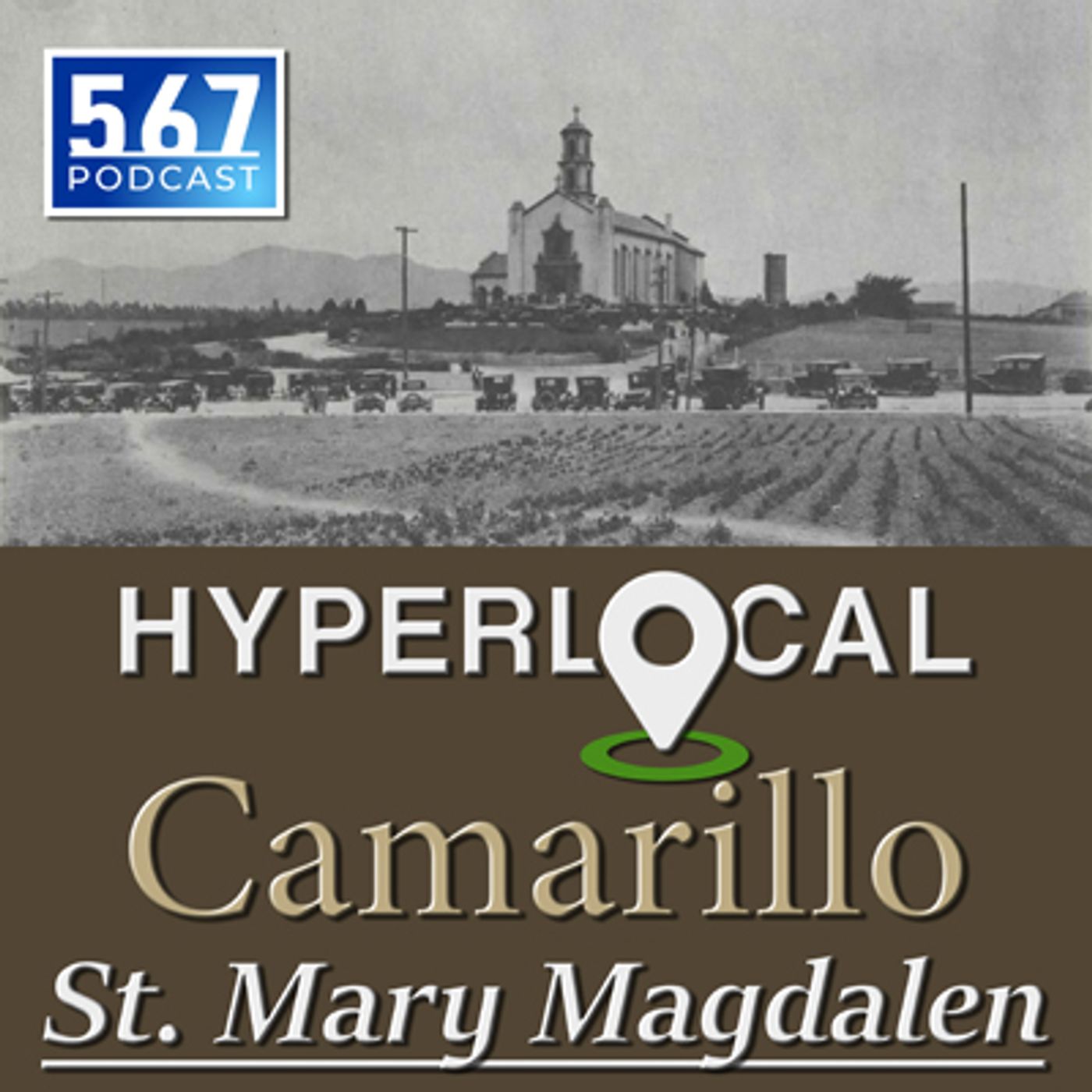 As early as 1905, Juan Camarillo Jr. dreamed of constructing a brand-new Catholic chapel in the village of Camarillo. Learn about Juan’s inspired trip to the Vatican and how he originally wanted to build a windowless mausoleum with Roman columns where St. Mary Magdalen sits today. Our special guest, Sherry Reynolds, Camarillo Ranch historian, also explains the story behind St Mary Magdalen’s stained-glass windows—they were feared to be lost at sea during World War I. 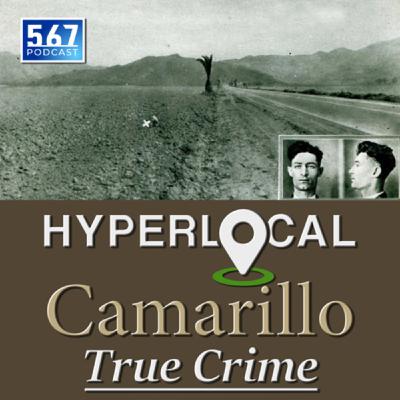 The Carmine Buono Murder: The First Underworld Trial On the West Coast

In the early hours of March 1, 1929, gunshots rattled across the Conejo Valley. A Packard Roadster rumbled toward Camarillo on what is now the 101 highway. Soon a corpse was found in a Camarillo field beside the road. His pocket contained clues detectives traced to two beautiful women and two mafia friends of the deceased. Thus, jumpstarted the first underworld trial ever held on the west coast—and it had more plot twists than a weather-beaten windmill. 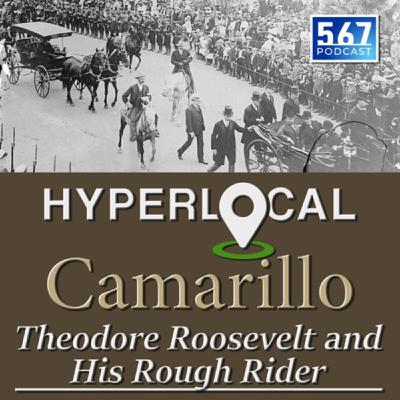 Theodore Roosevelt and His Rough Rider

In 1898, then-Colonel Theodore Roosevelt led his famous Rough Riders into battle in the Spanish-American War. One Rough Rider was Santa Barbara native and fellow Harvard alumni, Stanley Hollister. In 1900, Roosevelt became President of the United States. In 1903, he embarked on a 66 day, 14,000 mile train trip through 25 states, including California. He stopped in Ventura and toured the Sugar Beet Factory in Oxnard. He also made a timely visit at the Santa Barbara home of Annie Hollister, mother of Stanley Hollister—who died died five years earlier. When World War I broke out, Roosevelt offered to fight and was denied. His son, Quentin, took his place and died. How did this effect Roosevelt? We reveal these details in his personal letters. 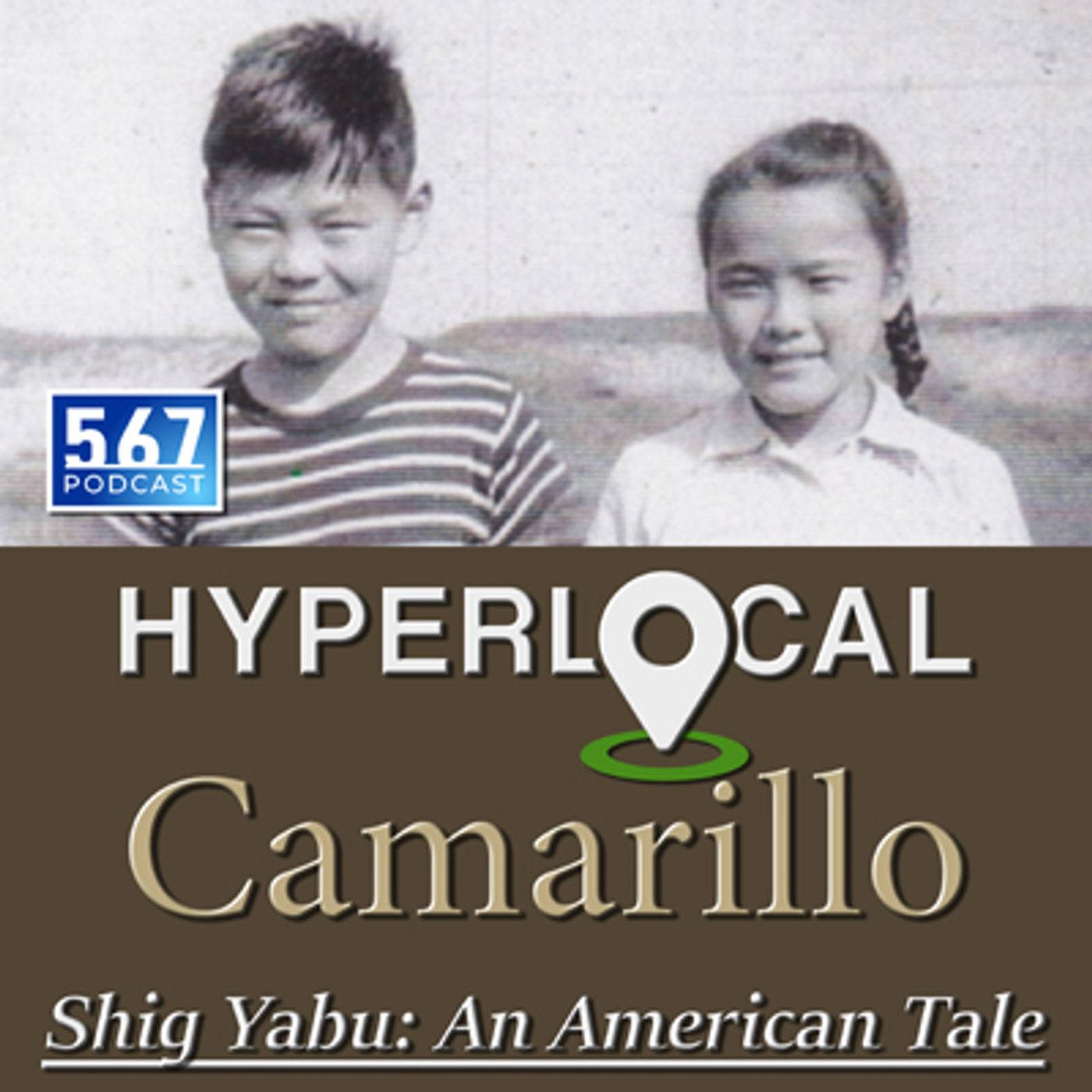 On March 13th, 1854, the Convention of Kanagawa was signed, kickstarting US-Japanese trade relations on tenuous circumstances. Many Japanese would eventually immigrate and become citizens of the United States. Japanese-Americans, like most immigrants, have faced discrimination in many ways; but none so awful as the internment camps during WWII. On December 8th, 1942, one day after the attack on Pearl Harbor, Camarillo resident, Shigeru (Shig) Yabu, at the age of 9, came home from school to find two FBI agents in his house. Shig would spend the next three and a half years in an internment camp after he and his family lost everything. His story and experiences are touching, memorable, and authentically important. Shig was the first Executive director of the Boys and Girls Club in Camarillo, author, Olympic torch bearer and survivor of the Heart Mountain Relocation Center in Wyoming. One of our local heroes: Meet Shig Yabu.
See More
Comments