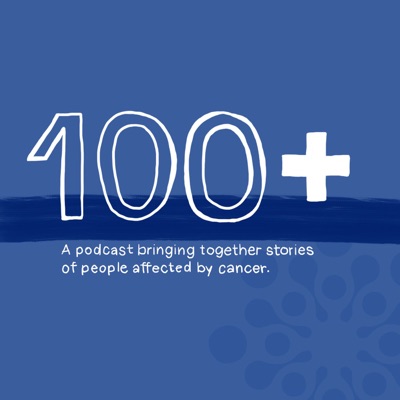 A podcast bringing together stories of people affected by cancer. 1 in 2 people born after 1965 in the United Kingdom will develop cancer in their lifetime. This means the majority of the population will either be directly or indirectly affected by it. In each episode Helena Traill will introduce a new guest who has been affected by cancer. Discussions will include why open conversation is so important, how social media has enabled or disabled these conversations and why cancer is still perceived as a taboo subject. Find out more at 100StoriesBook.com
21 Episodes
Reverse 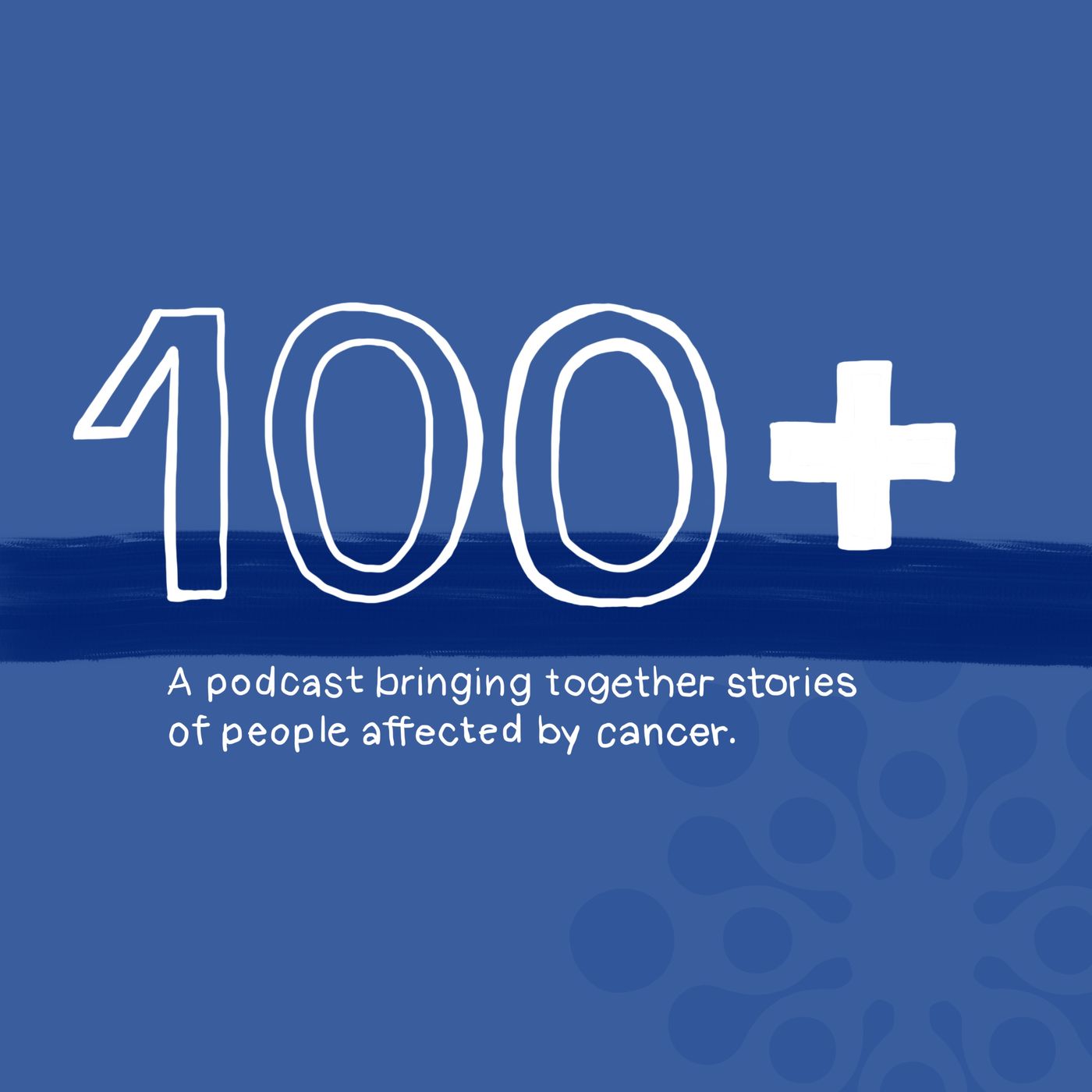 Bumper Episode: Helena Traill explains why and how she started 100 Stories

Welcome to the 20th Episode of the 100+ Podcast, a podcast which brings together stories of people affected by cancer. This is the final episode of Season 1, in which we have had 19 amazing guests and over 1000 downloads. So thank you to everyone! Sashia Palmqvist (founder of A Friendly Movement and guest on episode 12 of this podcast) interviews Helena Traill (founder of 100 Stories) in this bumper 1 hour episode. They talk about why and how Helena created the 100 Stories Book and 100+ Podcast. 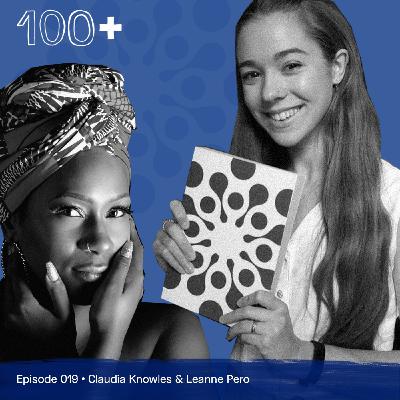 For episode 19 of the 100 Plus podcast, the penultimate episode of season one, I interviewed not one, but two guests: Claudia Knowles and founder of Black Women Rising Leanne Pero. They both shared their cancer stories and then we discussed Claudia’s current project for her Masters of Research in Health and Design at Imperial College London. She is creating a breast cancer journal which shows how the power of narrative and expression can be extremely useful to any large event in life. This journal is aimed at women who have finished active primary breast cancer treatment within the last 3 to 12 months. Leanne was on the co-design group, so it was great to chat to both of them about an exciting up and coming resource that I am sure will help many women! If you would like to get involved with testing of the journal, you can find Claudia on twitter @ClaudRKnowles 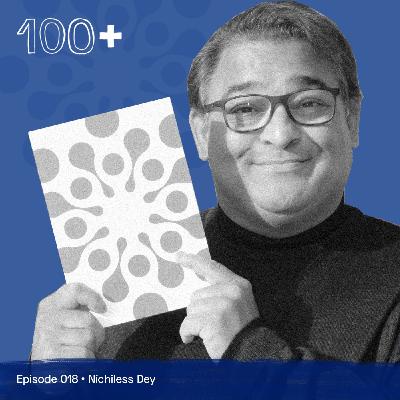 Radiotherapy in a Pandemic with Nicheless Dey

Today’s guest is Nicheless Dey. Nic was diagnosed with Non-Hodgkin’s lymphoma in 2015. He had ignored his lumps for three to five years and so now is very vocal about his diagnosis to make sure no one else makes the same mistake. Nic is story number 98 in 100 Stories Book and in the first paragraph wrote ‘please, please don’t be an idiot like me. Go get yourself check out’.For this episode Nic shares with us his experience of going through a round of radiotherapy during a pandemic. He recorded sound bites over the 15 fractions. So the podcast starts with this 5 minute sound bite, then followed by an interview! 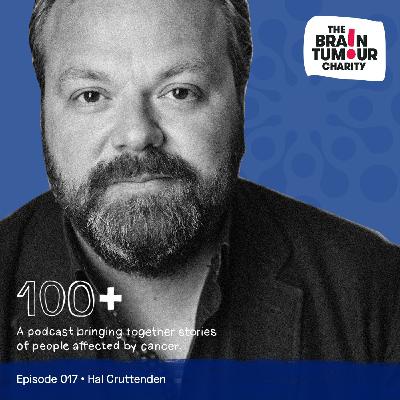 Episode 17 of the 100+ Podcast, a podcast which brings together stories of people affected by cancer is a Brain Tumour Charity Special! Helena Traill, founder of the 100 Stories Book, interviews Hal Cruttenden who is a High Profile Supporter of the charity. Helena and Hal chat about The Brain Tumour Charity, the 100 Stories Book, open conversation surrounding cancer and why English people don’t like talking about death (it's a funny episode, I promise!). Hal’s mum died of a glioblastoma (a type of brain tumour) in 2013, so since then he has raised loads of money for The Brain Tumour Charity. 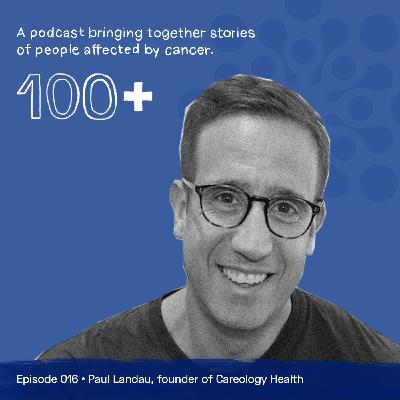 Putting you in control of your cancer care with Paul Landau

For this episode of the 100+ Podcast, Helena Traill is joined by founder of Careology Health Paul Landau. Careology is an app which helps cancer patients manage their treatment plan and symptoms. It can help you track how you are feeling, keeps your notes, manages your medication with reminders of which drugs to take. And then everything is viewable in a very simple calendar which can be shared with your loved ones of oncology team. 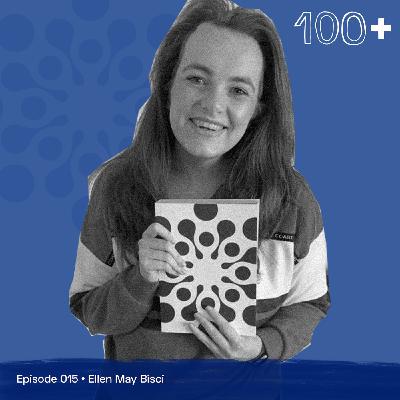 This week, 100+ Podcast host Helena is going by Ellen Bisci. Ellen had a rare form of Leukaemia when she was 9 and then relapsed when she was 12, causing multiple strokes. The treatment Ellen had has left her with multiple late effects and so she is making it her mission to raise awareness and build a community for others who are also living with late effects. 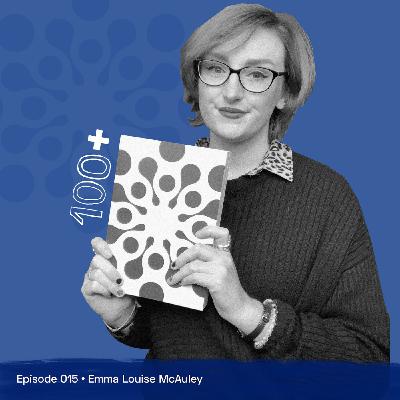 For episode 14 of the 100+ Podcast we are joined by Emma Louise McAuley. Emma Louise was diagnosed with breast cancer three weeks after her mum died from the same disease. I chat with her about her cancer story, fundraising for Trekstock and a group of badass babes! 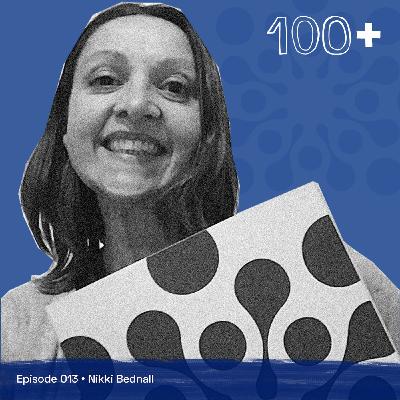 Blogging and Wellness with Nikki Bednall

Today we are joined by Nikki Bednall who is a stage 3 breast cancer survivor and blogger at lifeafterlola.com a well as a guest writer for other bloggers in the community. Nikki is a systems analyst at a leading UK university and continues to support people who have received a cancer diagnosis through her voluntary work at Breast Cancer Now. Nikki is a wellness advocate for lifestyle after cancer and advocates for World Cancer Research Fund where she has been a guest speaker. 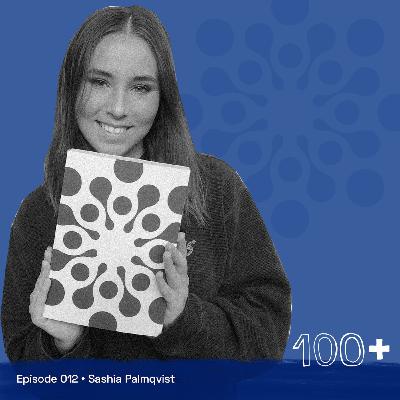 Mental Health and Starting 'A Friendly Movement' with Sashia Palmqvist

For anyone who might be going through difficulties at the moment, I believe that this 100+ podcast episode could be of help and provide much needed positivity during lockdown. I learnt loads in this 20 minute conversation with Sashia Palmqvist, age 24, about mental health and how to support friends affected by cancer. Sashia is also the founder of a new instagram page 'A Friendly Movement', which shares positive real stories – performing good deeds & promoting good people! 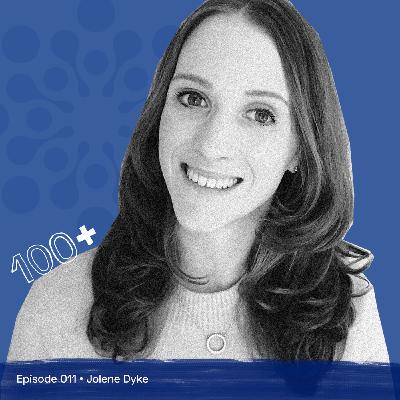 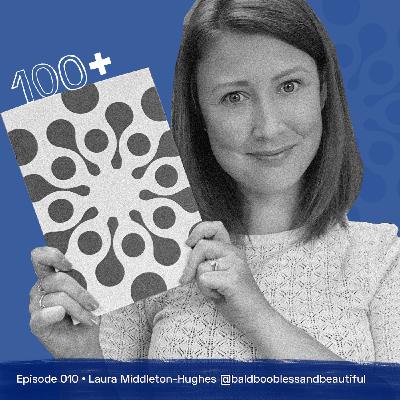 Laura Middleton-Hughes, also known on Instagram as @baldbooblessandbeautiful, is 32 years old and lives with incurable breast cancer. She was first diagnosed in February of 2014 at the age of 25 with stage 3, ER+, HER2+, breast cancer – after discovering a small lump in her left breast. She had the full works of treatment: chemotherapy, mastectomy, radiotherapy, hormonal tablets and Herceptin injections which she finally finished in June 2015.Only a year later a pain developed in her right shoulder which she assumed was a gym injury but after several months and a few physio sessions it got worse. Unfortunately in October 2016, aged only 28 Laura was told her cancer had returned to her bones.Laura blogs and is active on Instagram where she shares her story to help others. She is part of the duo @Secondary.Sisters with Nicky Newman. 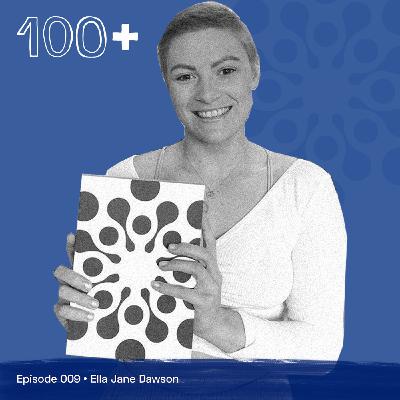 Ella was diagnosed with Acute Lymphoblastic Leukaemia in August 2019. Since then she underwent 4 rounds of chemotherapy and immunotherapy, during which Ella went into remission and relapsed. Ella was due to have a bone marrow transplant which has since been cancelled due to the relapse and is now awaiting Car-T therapy. Since the beginning of Ella’s treatment she kept a blog, discussing topics surrounding a cancer diagnosis and her thoughts and feelings about everything along the way.Ella is currently selling her art work, with 25% of sales going to Blood Cancer UK elladawsonartist.co.uk 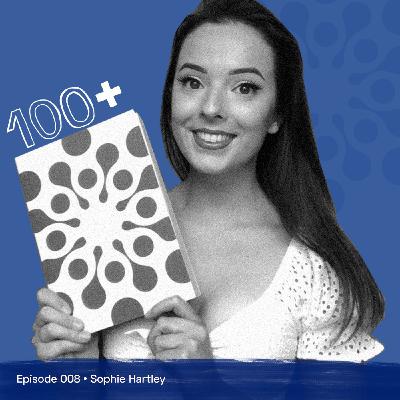 BUY THE 100 STORIES BOOK, with £1.50 of every sale going to Cancer On Board here 100storiesbook.com/book. On today's episode our guest is Sophie Hartley. Sophie is 23 years old, and in her 14th year of remission from Ewing’s Sarcoma (a type of bone cancer) in her right femur. She now lives in Bristol working for a children’s cancer charity after graduating university. 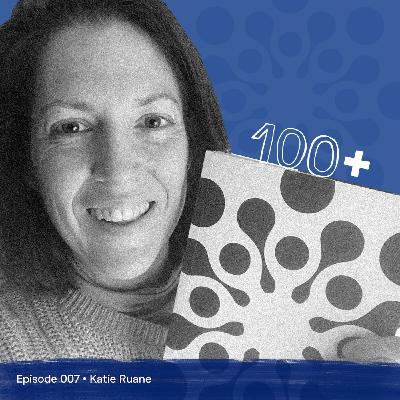 This week on the 100+ Podcast, Helena is joined by Katie Ruane. Katie was diagnosed with Chronic Myeloid Leukaemia on the 19th January when she was 22 years old. Since then she has trained as a Naturopath, helped set up Cancer On Board, and a load more! As she is a chronic and lifelong cancer patient, Katie decided she would live with cancer, not have cancer and life. 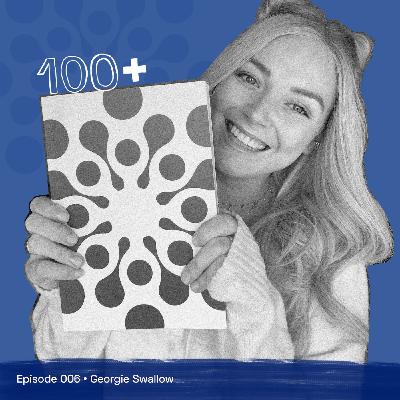 Fancy listening to Georgie Swallow and I chat for half an hour? Well, you’ve come to the right place. The latest episode of the 100+ podcast is just that. Georgie spoke about her cancer story, being a young adult ambassador for Trekstock and why her Instagram community helps her loads, plus PUGS & jaffacakes (of course). A little bit about Georgie... Georgie Swallow, 27, was diagnosed in September 2018 with stage 4 Hodgkin lymphoma. Undergoing 12 rounds of chemotherapy she reached remission, however relapsed a few months later. She has recently finished more chemotherapy and a stem cell transplant and is thankfully in remission again. 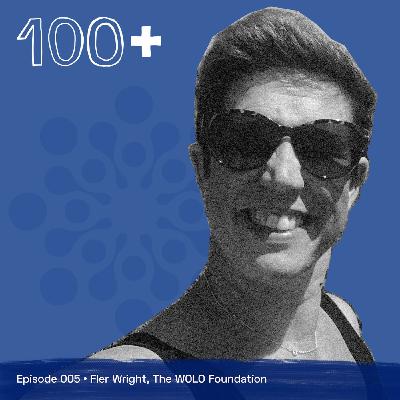 Today on the 100+ Podcast, Helena chats to Fler Wright. Fler is a breast cancer survivor and co-founder of The WOLO (We Only Live Once) Foundation, which helps families through cancer. 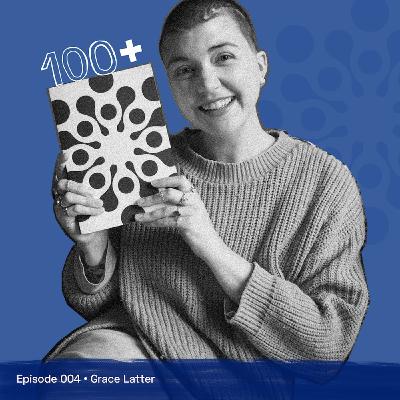 For this episode I am joined by Grace Latter. Grace was diagnosed in 2014 (just before she turned 21) with Pilocytic Astrocytoma, which is a type of brain tumour, and has since been active online. Grace uses her social media platforms and blog to make a difference by being an advocate for body positivity. 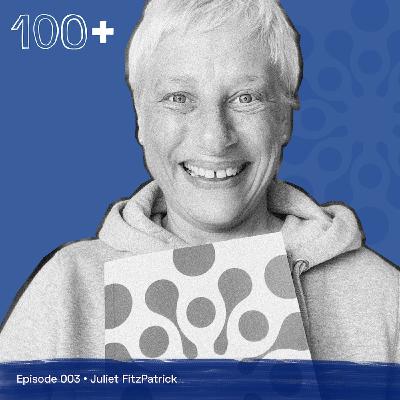 A podcast bringing together stories of people affected by cancer. In episode 3, Helena Traill is joined by Juliet FitzPatrick, who was diagnosed with breast cancer in January 2016. Juliet now lives flat and campaigns for more awareness surrounding the matter and shares her story on her blog bloomingcancer.co.uk 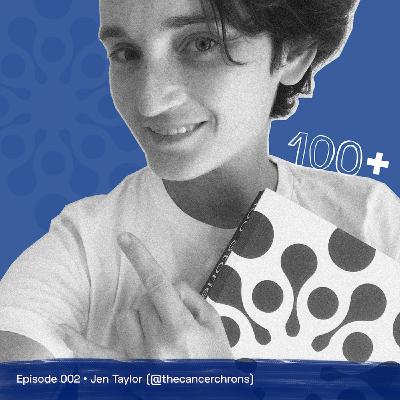 Today I am joined on the 100+ Podcast by Jen Taylor. Jen has been an active part of the cancer conversation through her blog, thecancerchronicles.blog which details her experiences with osteosarcoma (bone cancer) in her upper jaw. She is passionate about opening up the conversation around cancer to eliminate any associated shame factors, as well as transforming the way we talk about cancer. 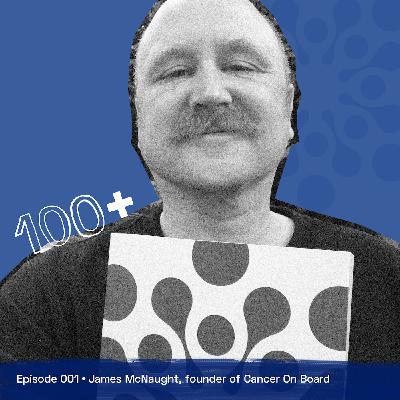 James McNaught: Founder of Cancer On Board

James McNaught, founder of Cancer On Board, is my first guest on the 100+ Podcast! James was diagnosed with tonsil cancer in 2014 and had intensive radiotherapy. When travelling across London on the tube every day of the week, to treatment, he made a joke to a friend about wearing one of the Transport For London ‘Baby On Board’ badges so he would be offered a seat. He then realised this was actually a really good idea, and printed 100 copies of the TFL badge, but swapping ‘Baby’ for ‘Cancer’. Cancer On Board. He handed these out. Then TFL got in touch, and said as long as they weren’t being sold, that was okay. But this tied the idea to London. So they rebranded the badge and launched it as a charity. Since meeting James in almost a year ago now, I have used his symbol throughout the 100 Stories Book. A symbol which might one day symbolise cancer. Follow @canceronboard and go to canceronboard.org to get hold of a badge.
See More
Comments