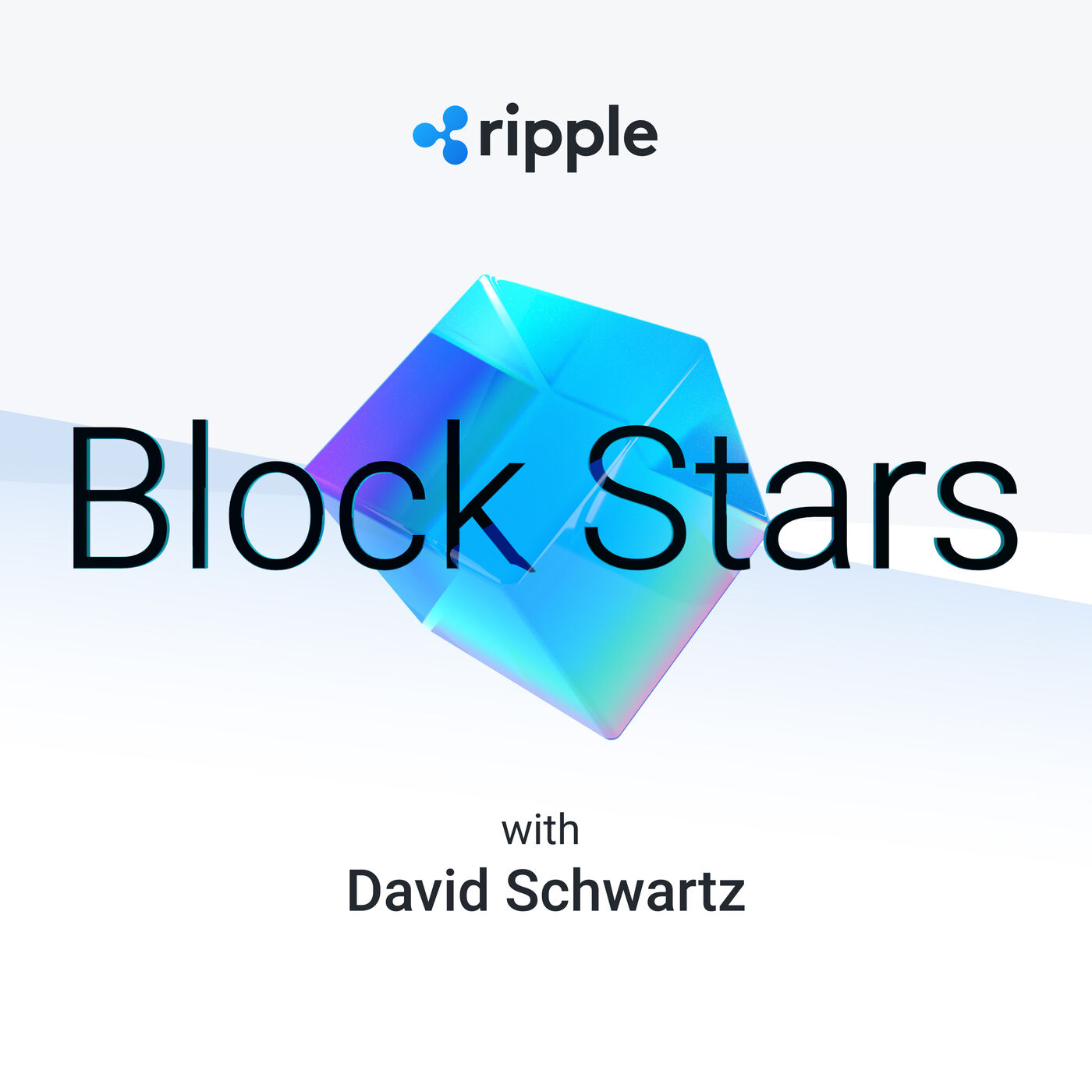 In the newest episode of Block Stars, Ripple CTO David Schwartz sits down with John Kraski, Director of Strategic Partnerships at NFT Thought Leaders. The two discuss the current state of NFTs, the communities involved in the space and look ahead at the evolution of this technology.

In the latest episode, David talks with serial entrepreneur Sid John Leopold about the environmental impact of blockchain technology and what it means for the future of money.“Currencies are just a tool that we use to trade,” explains Sid. “We're going to use 'money 2.0' if it works better. The environment is the factor that affects us all. We don't want those tools to…drastically make our lives worse off in the future."

The latest episode of Block Stars is the conclusion of current Ripple CTO David Schwartz’s two-part conversation with former Ripple CTO, Stefan Thomas. Listen to part two of David and Stefan’s conversation on episode 10 of Block Stars for more on how and why Stefan developed ILP and to discover the critical piece of advice that Ripple’s outgoing CTO passed on to his successor.

On the latest episode of Block Stars, David Schwartz—the creator of the XRP Ledger and current CTO of Ripple, sat down with Stefan Thomas, former CTO of Ripple and current CEO of Coil, to discuss the early days of blockchain, and their time working together on the XRP Ledger, Codius and Interledger Protocol (ILP).Most people don’t realize that prior to Ripple, David and Stefan both used to work on Bitcoin. Stefan helped create BitcoinJS, which is a JavaScript implementation of the Bitcoin blockchain. David tinkered around with Bitcoin Core, as a C++ developer with a lot of experience using applied cryptography to build distributed systems, and helped the early core contributors solve some problems via the Bitcoin forum.Both were inspired by the decentralized nature of the technology, but also recognized some issues early on.

Ripple CTO David Schwartz continues to explore the wider world of blockchain and digital assets on the Block Stars podcast. In the latest episode, he talks with Professor of Economics and Political Science at the University of California, Berkeley, Barry Eichengreen, about the current state of the global economy and where cryptocurrencies fit in a post-COVID climate.

In episode seven of the Block Stars podcast, Ripple CTO David Schwartz is joined by Ripple General Counsel, Stu Alderoty to discuss the current state of global cryptocurrency regulation. David probably didn’t expect Ripple’s Chief Legal Officer to reference Beanie Babies during their conversation, but the often-valuable stuffed toys are a great analogy for why not every digital asset is a security. Listen to the latest Block Stars podcast to hear more from Stu about the new Consumer Financial Protection Bureau remittances rule that recognizes that blockchain solutions can benefit consumers and why a 1940s Florida orange grove can no longer hold back the country’s blockchain and digital asset industry.

In the latest episode of the all-things-crypto podcast Block Stars, Ripple CTO David Schwarz talks to BRD CEO Adam Traidman. BRD was the very first crypto wallet released on Apple’s App Store back in 2014, so Adam is used to explaining digital wallets to the uninitiated.He compares them to their physical equivalent, which was how we used to hold and control all our money. Like the wallet in your pocket, a consumer can receive money into a digital wallet and use it to send money to others and pay for services. But it also comes with additional control and security.

Ripple's VP, Head of Global Institutional Markets Breanne Madigan discusses the future of institutional investment in digital assets, including why security token offerings may be the key entry point for traditional finance and whether we’ll eventually tokenize everything from real estate to racehorses.

In the latest episode of Block Stars, Ripple CTO David Schwartz talks to the founders of Keyless, a deep-tech cybersecurity company whose innovative solutions in authentication and digital identity could have a big impact on the cryptocurrency experience.

Binance.US CEO Catherine Coley's mission is to educate people on using cryptocurrencies to improve their everyday lives. It’s a goal that becomes increasingly relevant when events shine a brighter spotlight on the world of digital assets, whether that’s governments printing more fiat currencies in response to Covid-19 or the upcoming Bitcoin halving.

Ripple Co-Founder and Executive Chairman Chris Larsen looks back at the birth of digital assets and explains why early e-currencies like Beenz and Second Life’s Linden Dollars failed to take off and how Satoshi Nakamoto’s seminal white paper on Bitcoin was perfectly timed.

AIKON CEO Marc Blinder discusses the environmental impact of cryptocurrencies and why he believes that unsustainable mining practices are a barrier for the more widespread adoption of digital assets.

Block Stars is a Ripple-produced podcast featuring Ripple CTO David Schwartz as host that shines the spotlight on some of today’s most innovative and impactful thinkers in blockchain from around the world. David shares a sneak peek of topics and guests joining Block Stars, launching May 5.
See More
Comments