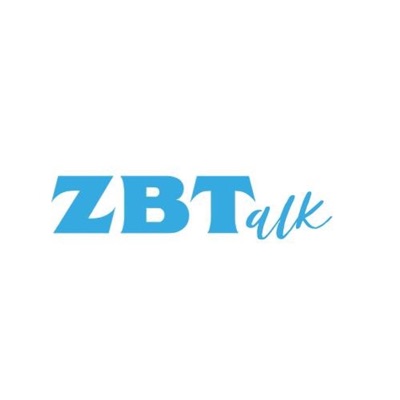 ZBTalk is a podcast series produced by the Zeta Beta Tau Foundation that highlights some of the many amazing stories about the brothers of Zeta Beta Tau Fraternity. Join us as we learn leadership lessons, tips for success, and how ZBT has shaped these amazing men. We believe that fraternity offers to the university community a unique, desirable and successful means of achieving this goal. In fulfilling the purposes of fraternity, we dedicate ourselves to the principles of: Intellectual Awareness, Social Responsibility, Integrity, and Brotherly Love.
ZBTalk is made possible by a generous grant and partnership from the Zeta Beta Tau Foundation.
8 Episodes
Reverse 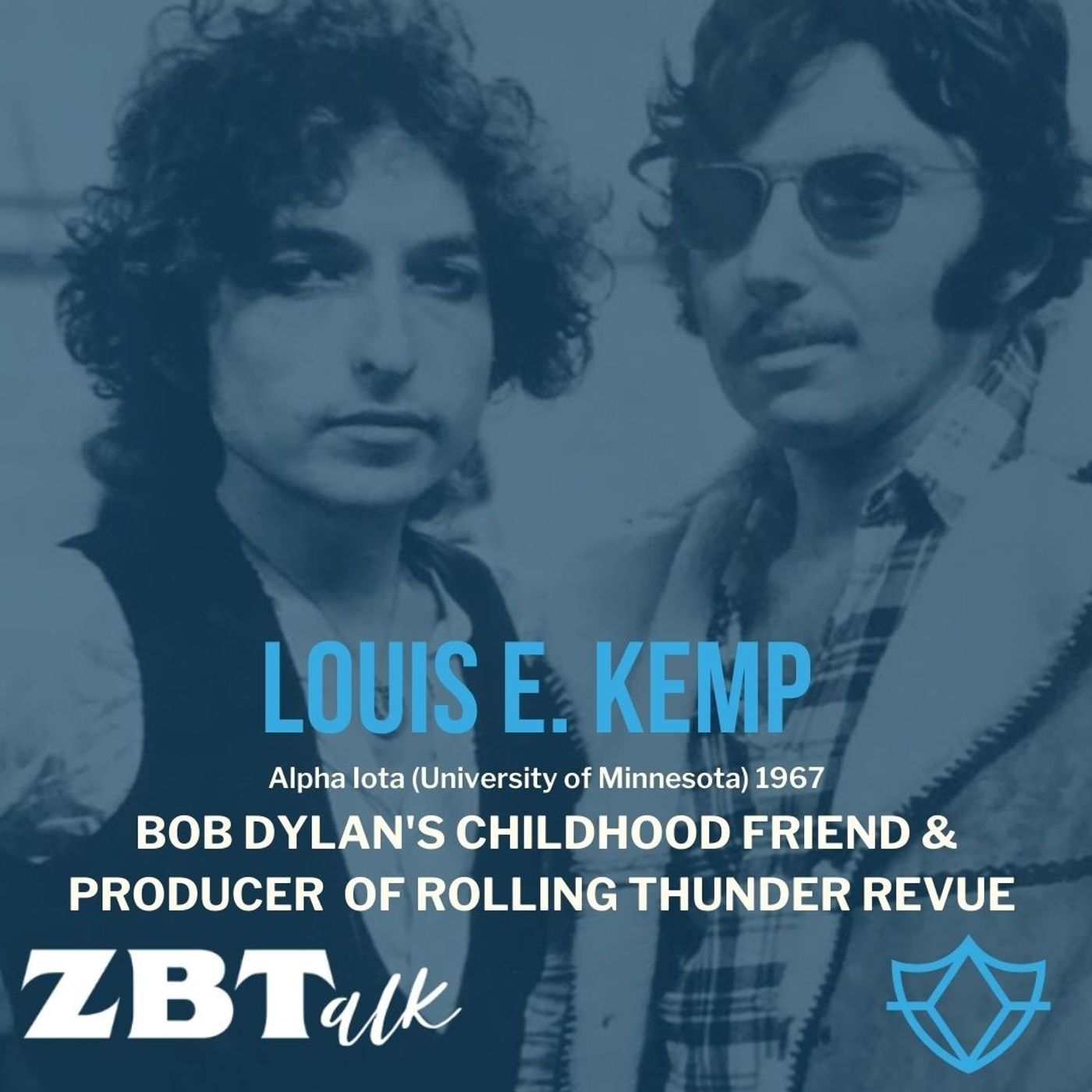 Louie Kemp, Alpha Iota of Phi Epsilon Pi (University of Minnesota) 1967 was born and raised in Duluth, MN and has been one of Bob Dylan’s closest friends since they attended summer camp in Wisconsin. Louie produced Bob Dylan’s legendary Rolling Thunder Revue tours and traveled with him all over the world as a trusted ally and friend. As a respected and devout member of the Jewish Community, Louie is the “father” of Aish Ha Torah’s Discovery Program, attended by more than 500,000 people worldwide, and the founder of Chabad of Pacific Palisades, California. He is the author of Dylan and Me 50 years of Adventures. He was the president of Kemp Seafood Company and was responsible for inventing imitation King Crab and was the largest capacity seafood processor in Alaskan waters for many years. 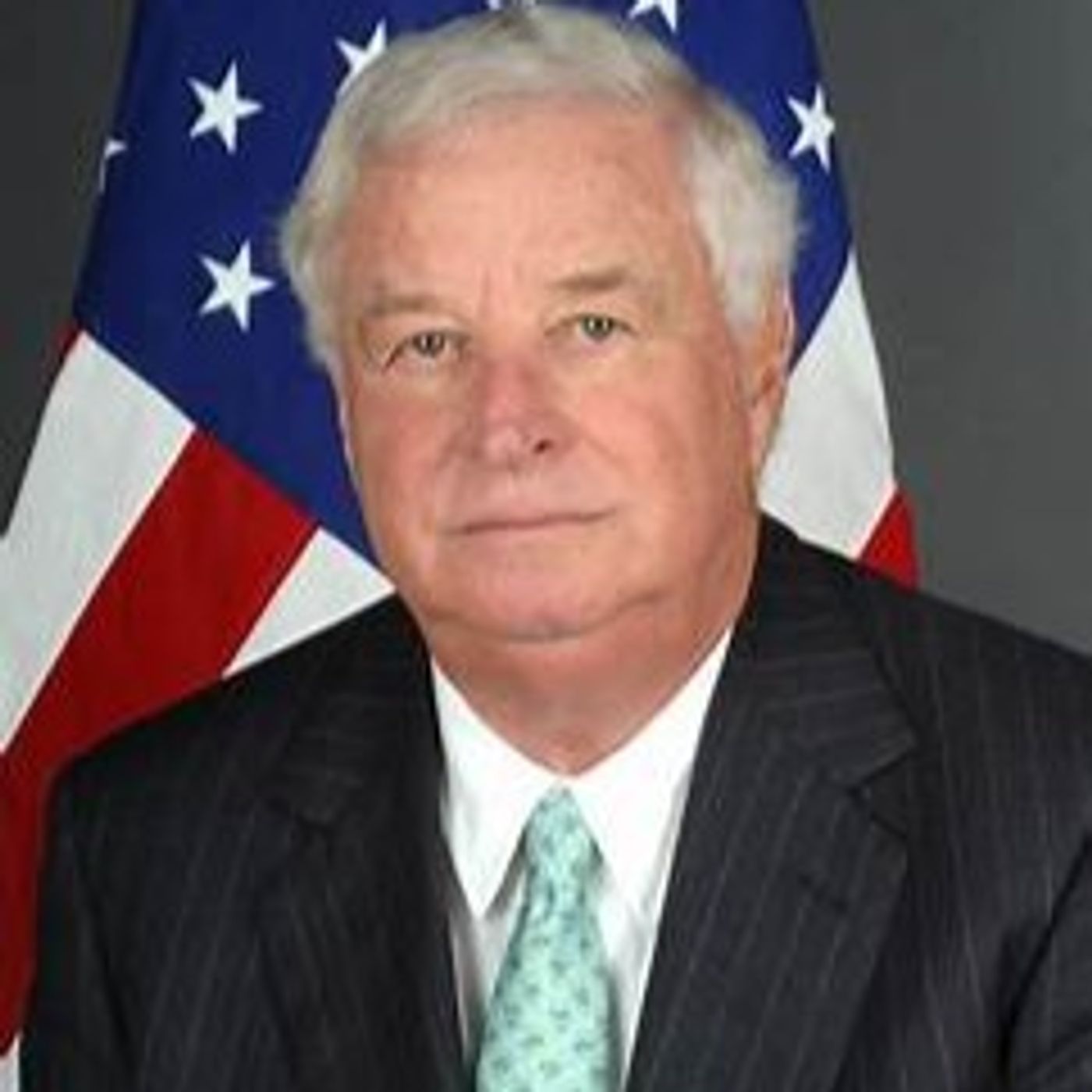 ZBTalk with the Honorable Louis B. Susman, Phi (University of Michigan) 1959

The Honorable Louis B. Susman, Phi (University of Michigan) 1959 was the US Ambassador to the Court of St. James (United Kingdom) from 2009 to 2013. He is the former vice chairman of Citigroup Corporate and former partner at the law firm of Thompson & Mitchell in St. Louis where he practiced law for 27 years. Brother Susman also sat on the board of the St. Louis Cardinals Baseball team from 1975 to 1989. Today, Mr. Susman is an advisor and consultant to several companies. 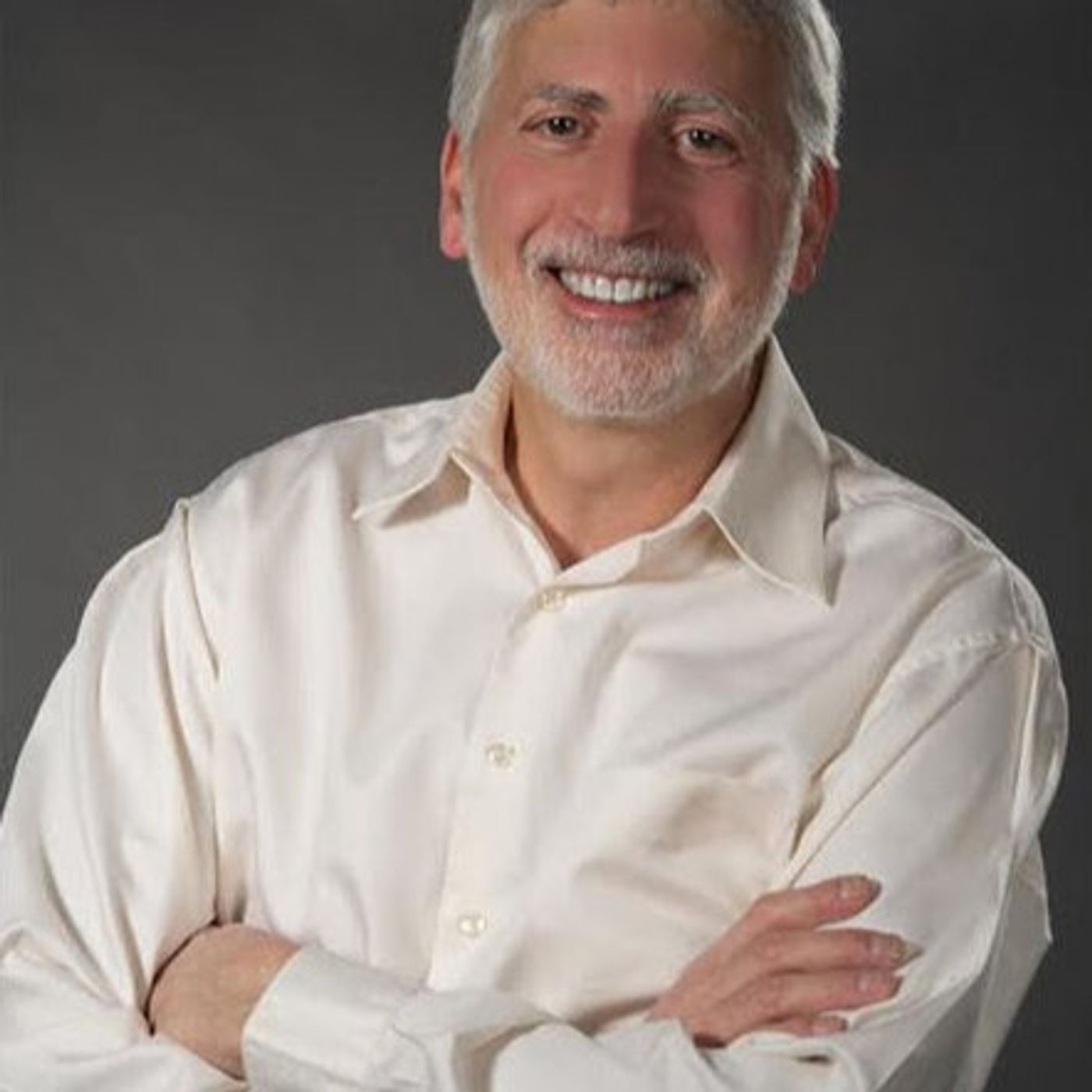 Jon Pessah is a founding editor of ESPN the Magazine and a New York Times bestselling author. A 46-year veteran of sports and business journalism in newspapers and magazines, Pessah was Sports Editor at the Hartford Courant, where he and his team of writers were nominated for a Pulitzer Prize for an examination into the role of racism in Major League Baseball. He went on to become the Assistant Managing Editor/Sports at Newsday in the early 1990s, when his sports section was consistently voted one of the ten best in the nation by the Associated Press Sports Editors association. Pessah was Deputy Editor at ESPN Magazine, where he directed an award- winning investigation into the rise of steroids in Major League Baseball. He later returned to the writing staff, where he provided extensive coverage of the Duke Lacrosse case among many investigative works. His first book—The GAME: Inside the Secret World of Major League Baseball’s Power Brokers (Little, Brown & Company, 2015)—is a New York Times bestselling portrait of the powerbrokers who built the sport of baseball into a multi-billion-dollar business. It was the end result of five years of research, reporting, and interviews with more than 150 people. Pessah’s just-released biography of New York Yankee great Yogi Berra (Little, Brown & Company, 2020) is the definitive examination of a Hall of Fame baseball career and the long and fruitful life of an American cultural icon. Interviews with more than 100 people resulted in many never- told-before stories about how Berra overcome discrimination and verbal abuse about his perceived lack of intelligence to become a New York Yankee, a Hall of Fame, and an American icon. Pessah grew up on Long Island in the 1950s and ’60s when every schoolyard and open field was full of the Baby Boomers playing baseball. A child of a mixed marriage—Jon’s mother was a Brooklyn Dodgers fan, his father a devoted follower of the New York Yankees—Pessah followed his father’s lead, becoming a catcher and a fan of the men playing in the Bronx. He was soon shifted to centerfield, where he dreamed of becoming the next Mickey Mantle. That fantasy ended early, and Pessah found his true calling at the University of Maryland, where he joined the staff of The Diamondback—the student newspaper—and fell in love with journalism. He’s written about sports—from World Series, Super Bowls, and the Barcelona Olympics to high school track meets and Memorial Day horseshoe tournaments—ever since. Pessah and his wife live on the North Shore of Long Island. He has two grown sons, two wonderful daughters-in-law, and one very young grandson, who already has several pinstriped jerseys and baseball caps. The young boy’s bat, ball, and glove—and many books on baseball—await. 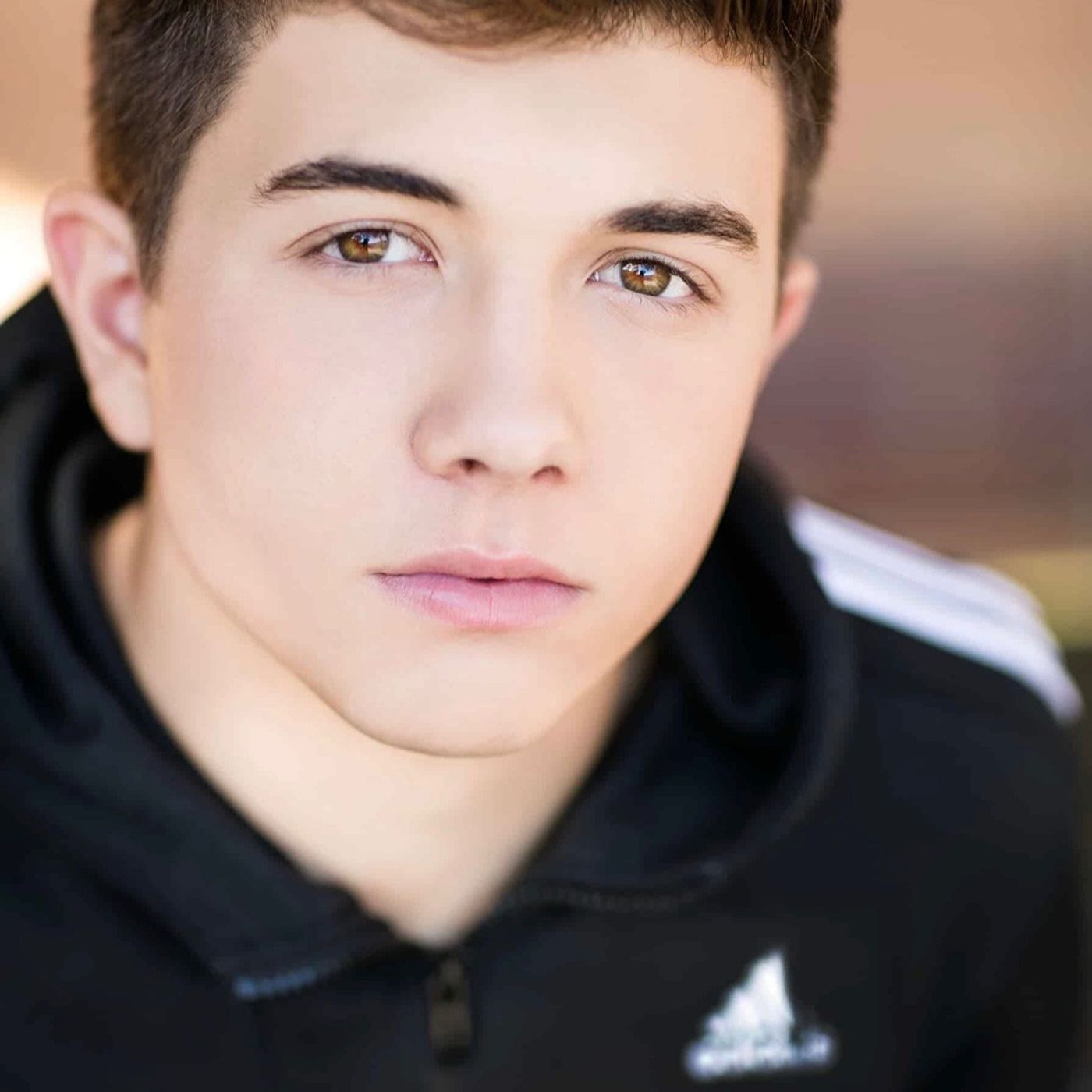 In 2007, Perry began his professional acting career at the age of 8 with small roles in the films Choose Connor, and Magnificent Max. The following year, he made his television debut with a guest-starring role on the CBS crime-drama Without a Trace. Over the next year, Perry continued to appear in small comedic roles in such films as The Goods: Live Hard, Sell Hard, Opposite Day, and Old Dogs. In 2010, Perry landed a starring role on the Disney Channel family sitcom Good Luck Charlie. On the series, Perry plays the intelligent and scheming Gabe Duncan, the third of five siblings in the Duncan family alongside fellow Disney veterans Jason Dolley and Bridgit Mendler. In 2011, Perry landed a co-starring role in the Disney Channel original movie Sharpay's Fabulous Adventure opposite Ashley Tisdale. In the film, Perry played Roger Elliston III, a precocious young dog owner and Sharpay's rival, competing to get his dog a starring role on Broadway. 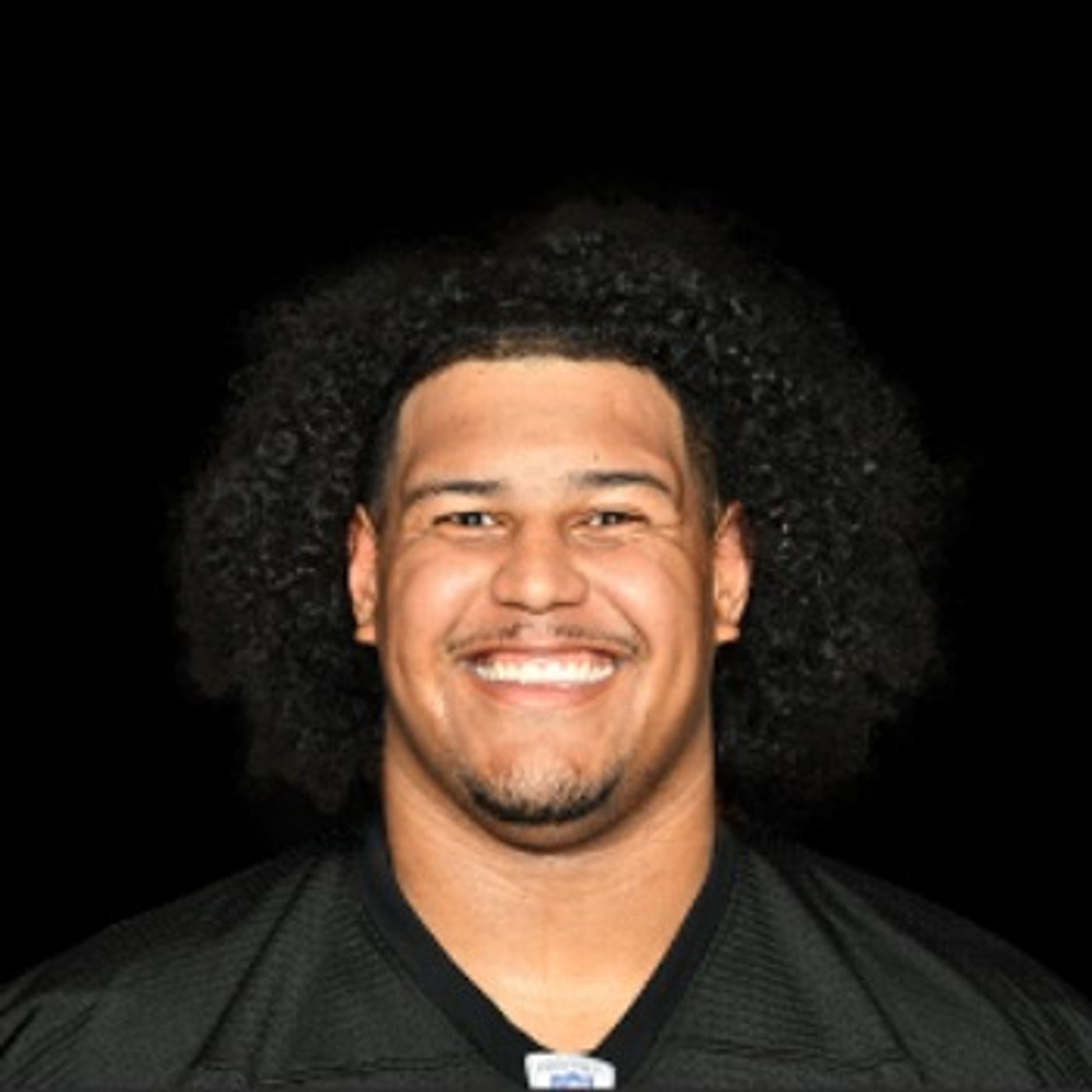 Zach Banner, Alpha Delta (University of Southern California) 2017 is an offensive tackle for the Pittsburgh Steelers entering his fourth season in the NFL. Nicknamed “The Hulk”, Banner is 6’8 and weighs 330 pounds. He is 26 years old. Born and raised in the greater-Seattle area, Banner was raised by two educators who instilled in him the drive to succeed both academically and athletically. Banner was a two-time All-American at Lakes High School. A five-star Rivals recruit, he was ranked the No. 2 offensive tackle in his class. He also played basketball for Lakes High School, averaging 18.6 points and 17.3 rebounds per game, while guiding Lakes to the 2011 state 3A championship. He was a finalist for the 2012 Watkins Award, given to the nation’s top African-American high school athlete scholar. Banner was a consistent force on the offensive line while at USC. A senior team captain, he played in a total of 40 games in his four seasons and started in 37. He was voted an All-American after his senior season. A scholar Trojan, Zach graduated his junior year with a degree in communication and began his Masters studies as a senior. Off the field, Zach is a brother of Zeta Beta Tau Fraternity, a regular participant in community service initiatives and an intern with Fox Sports. Drafted by the Indianapolis Colts in the fourth round of the 2017 NFL Draft, Banner spent his first year in the NFL playing for the Colts and the Cleveland Browns. He was signed by the Pittsburgh Steelers in 2018 and re-signed on a one-year contract in March 2020. While on the Steelers, Banner has played in 14 games. Off the field, Banner is focused on his B3 Foundation which supports students in Tacoma, Los Angeles, and Guam. The foundation’s mission is to empower student leaders in underfunded communities through mentorship programming, academic resources and scholarship in partnership with local schools and organizations. 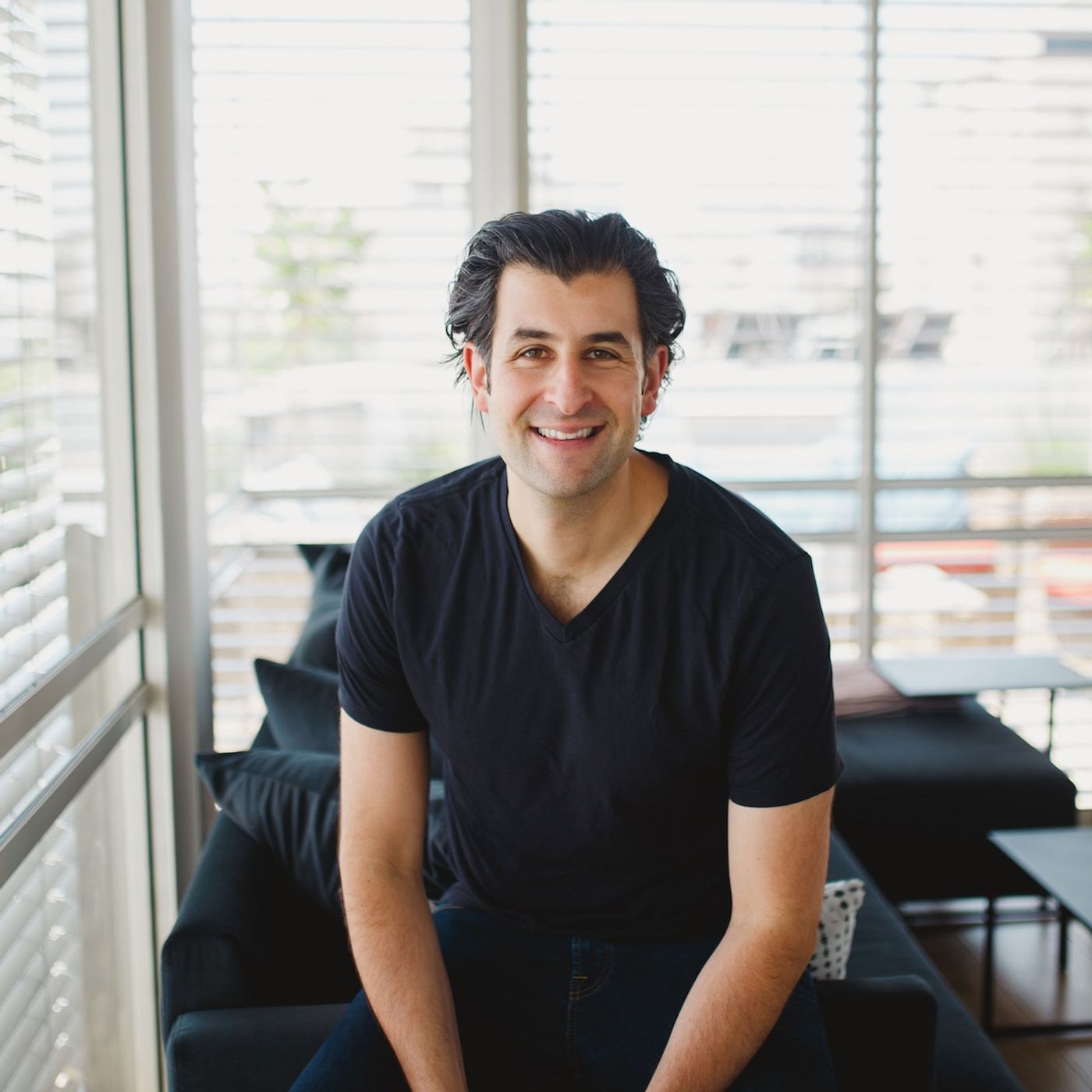 Daniel H. Frankenstein, Alpha Eta (University of California-Berkeley) 2004 is a co-Founder and Partner at JANVEST Capital Partners, a US based Venture Capital Firm investing in enterprise grade, deep technologies coming out of Israel and commercialized in the US. Daniel represents JANVEST on 8 Boards, providing guidance on follow-on financing rounds, the negotiation of significant customer and strategic relationships, and the onboarding of key C-level executives. His areas of expertise include the Internet of Things (IoT), enterprise software, and cyber security. Daniel also works closely with select Fortune 1000 multi-nationals to integrate JANVEST’s portfolio companies’ technology products. Before co-founding JANVEST, Daniel led the Corporate Executive Board’s (NYSE: CEB; acquired by Gartner in 2017) market entry into Israel where he resided for four years. Prior to running CEB’s Tel Aviv-based operations, Daniel worked out of the firm’s Washington, D.C. headquarters, partnering with 400 Fortune 1000 Chief Financial Officers. Daniel graduated from the University of California Berkeley with Highest Honors, completing a B.Sc. in Environmental Economics and Policy and a minor in Business Administration from the Haas School of Business. Daniel currently lives in Manhattan with his wife Erielle Reshef who is a Correspondent for ABC News and his two sons Mayr and Mavryk. Daniel is a citizen of both the United States and Israel. 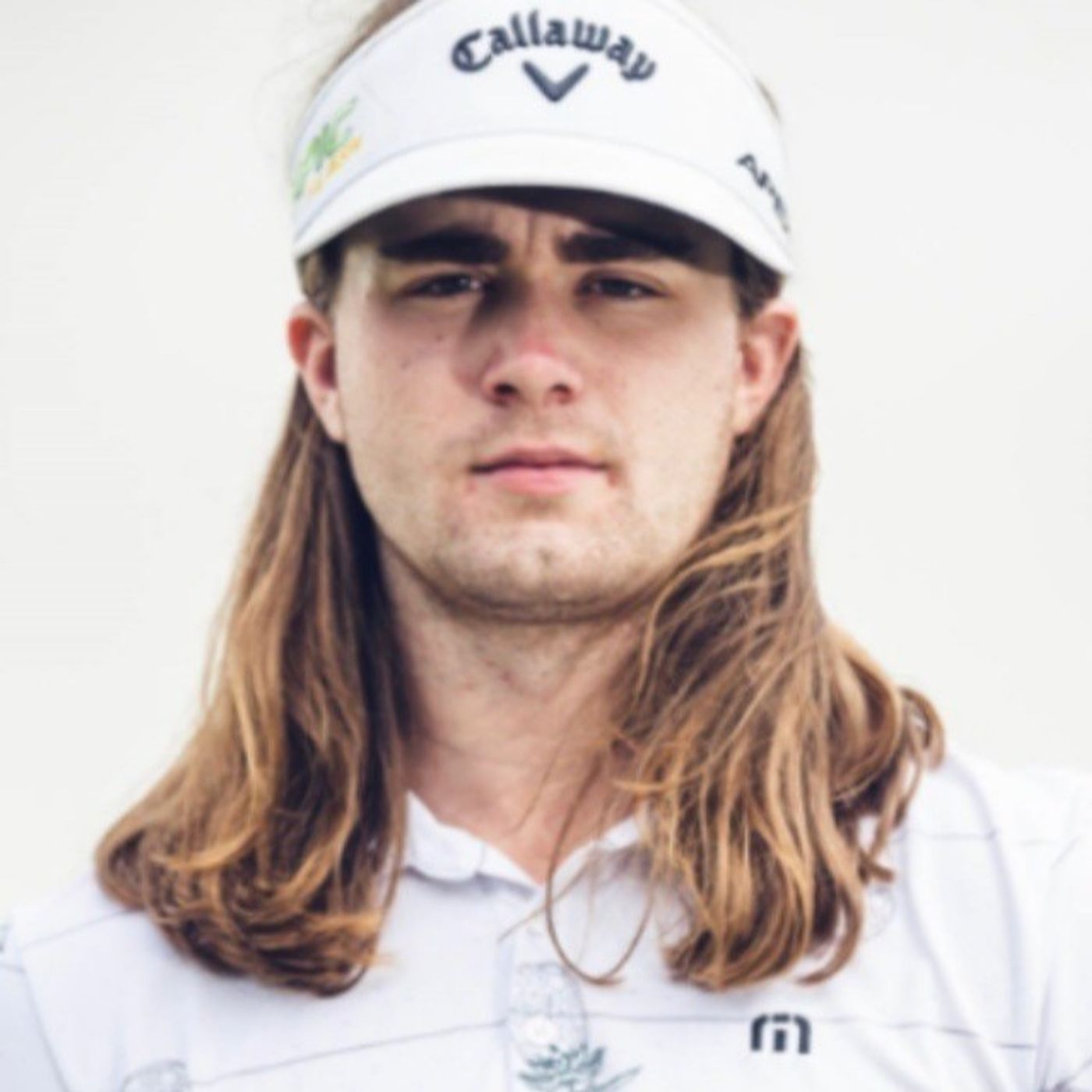 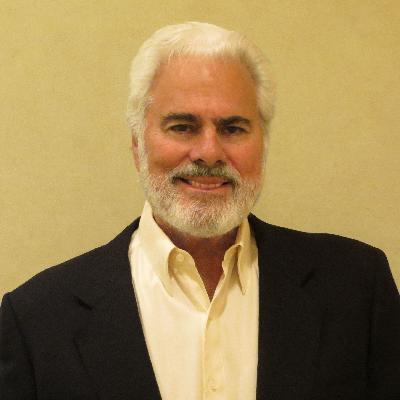 LARRY S. FLAX, Alpha Mu (University of Washington) 1964, is co-founder of California Pizza Kitchen. He served as co-chief executive officer from 2003 to 2011 (a position he also held from 1985 to 1996) and as co-chairman of the board since the company’s formation in October 1985 to 2011. Following his graduation from USC Law School, where he received his JD and LLM degrees, he joined the United State Attorney’s office as an assistant attorney with the U.S. Department of Justice. Larry also served as assistant chief in the Criminal Division and as chief of the Civil Rights Division of the United States Attorney’s Office in Los Angeles. After leaving the United States Attorney’s Office, Larry joined forces with Rick Rosenfield to form the law firm of Flax and Rosenfield, Inc. in 1973. He continued to practice law with Flax and Rosenfield until the two partners founded California Pizzas Kitchen in 1985. Most recently, Larry has joined with his partner Rick Rosenfield in developing restaurant concepts. Larry currently serves on the board of councilors for the USC Gould School of Law, the board of directors for the UCLA Health Systems, the board of directors for City Year, the board of directors for the Milken Institute’s FasterCures, and is a member of the advisory board for its Philanthropy Advisory Service.
See More
Comments