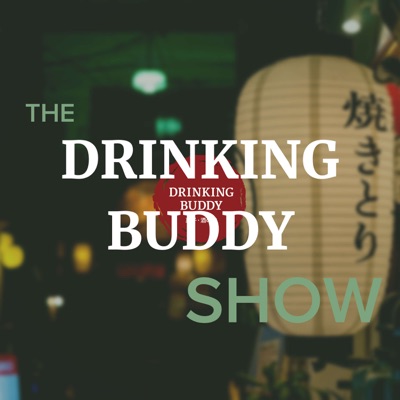 Frank Rodgers, founder of Drinking Buddy Artisan Snacks, introduces you to the innovators and entrepreneurs of the craft beverage world. Take a deep dive into what inspires these men and women to put in the long, tough hours to bring you unique, local libations. Discover new pairings for your favorite foods with craft beer, kombucha, sake, seltzer and more.
30 Episodes
Reverse 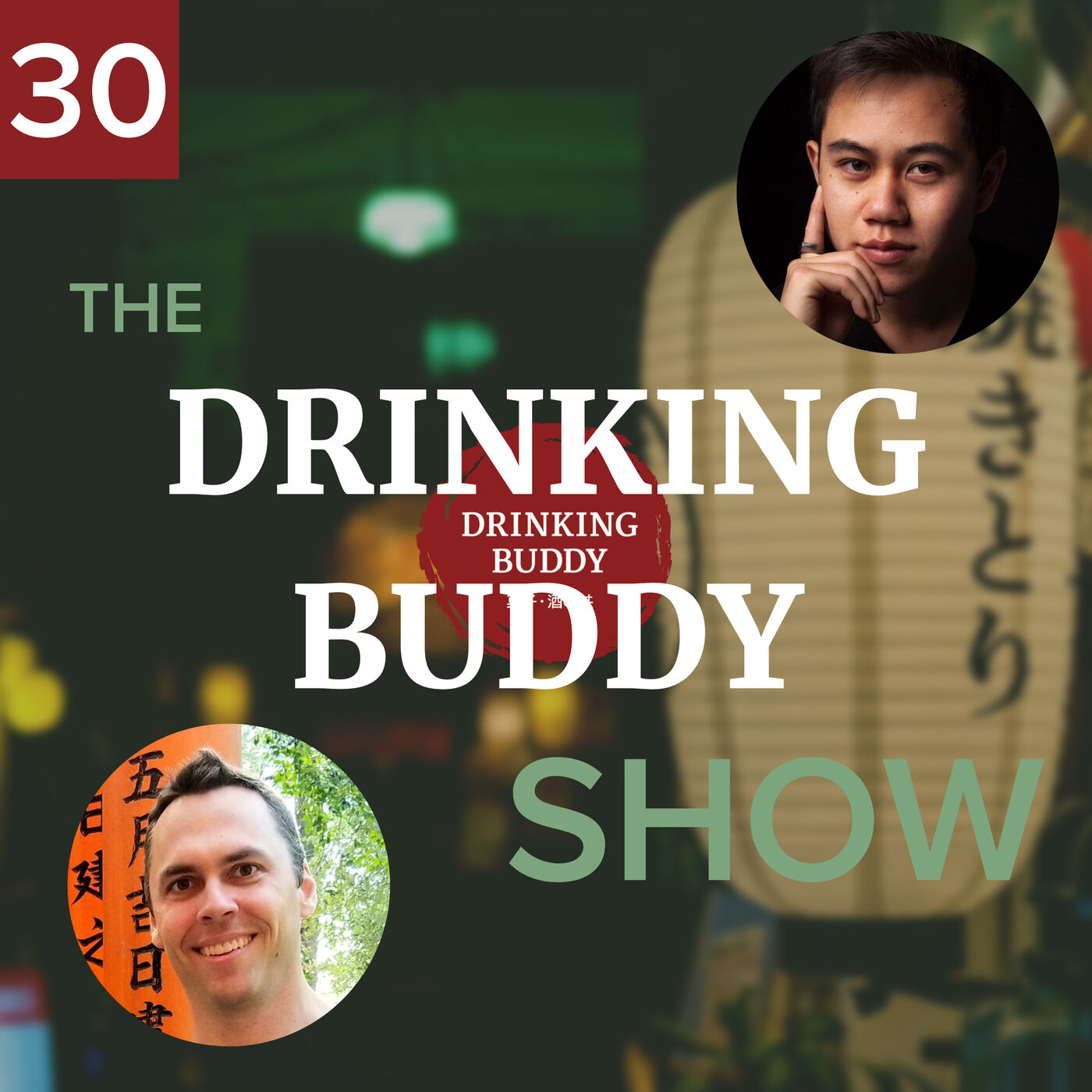 On today’s show, digital marketer Mark Auyoung joins us from Costa Mesa, CA. I often have on entrepreneurs in the craft beverage space, but I wanted to start off 2021 with Mark to get his insights into a skill set that all entrepreneurs need – digital marketing. Mark has helped hundreds of small business people get their products and services online, using a data-driven process to grow brand awareness and conversion. If you’re running a business, or even just thinking of starting one in 2021, then you need to listen in.   Support the Drinking Buddy Show!  www.thedrinkingbuddyshop.comAdd a one-of-a-kind Bizen beer mug to your collection now. Available exclusively from The Drinking Buddy Shop.Listeners of The Drinking Buddy Show get an exclusive 10% discount on LB Hats, available only at lbhats.com. Use code BUDDY to get 10% off your order now.🍸 Follow Mark for more tips on Instagram🍸 Find out more about Mark on his website 🍸 Connect with Mark on LinkedIn

Beer educator Proper Josh joins us from San Diego, CA. Proper Josh is a self-educated beer and wine aficionado. He posts craft beer reviews daily, highlighting the craftsmanship required to make a truly great brew. We sat down to talk about how he got into craft beer, how he judges what he drinks, staying healthy while imbibing, and his holiday beer recommendations.  Support the Drinking Buddy Show!  www.thedrinkingbuddyshop.comAdd a one-of-a-kind Bizen beer mug to your collection now. Available exclusively from The Drinking Buddy Shop.Listeners of The Drinking Buddy Show get an exclusive 10% discount on LB Hats, available only at lbhats.com. Use code BUDDY to get 10% off your order now. 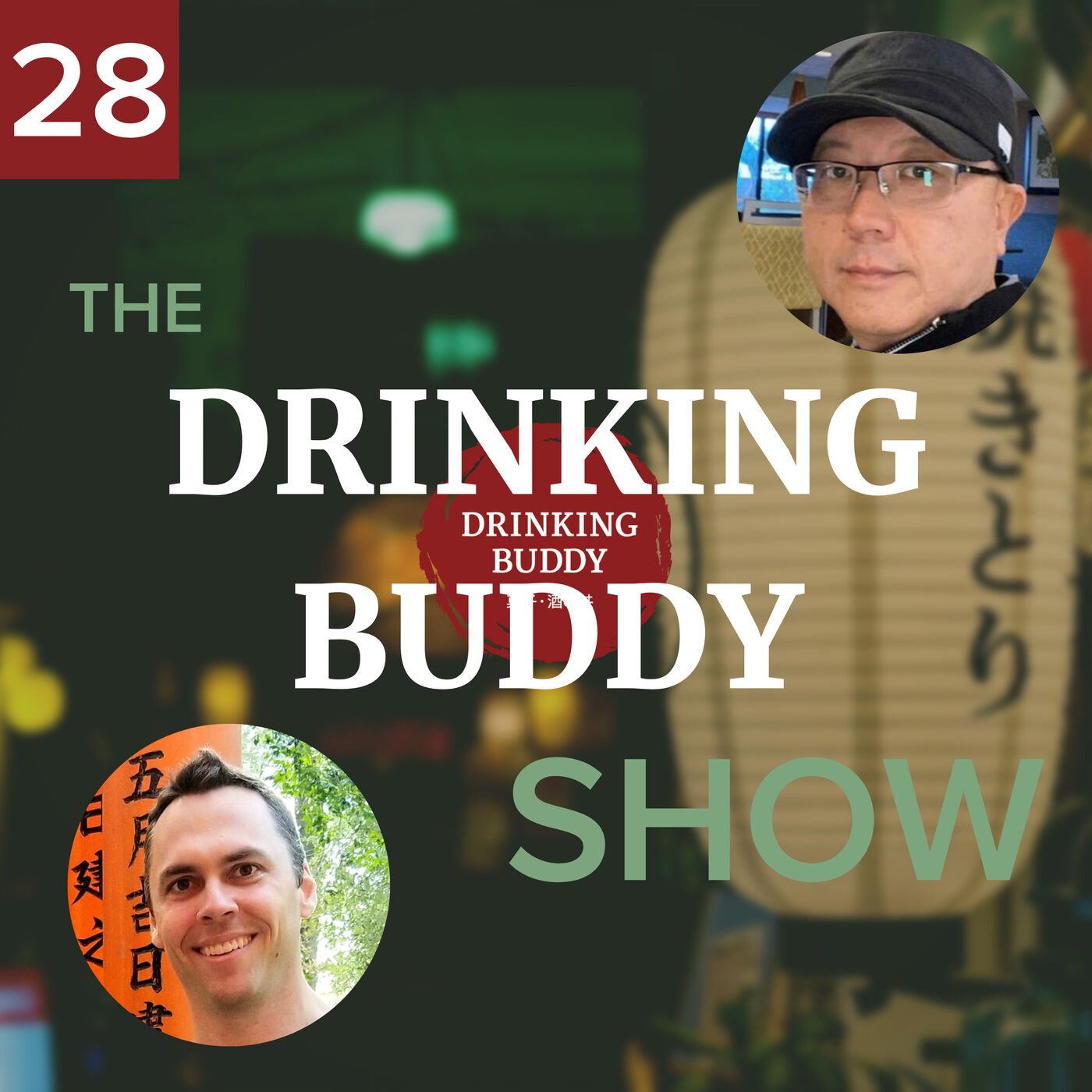 Peter Kim joins us on behalf of Kizakura USA.  Peter shares the unique beer and sake offerings from Kizakura Brewery in Kyoto with retailers across the United States. He joined us to share the history of this unusual dual brewery, along with their line of flavored sake, and the Kyoto and Lucky craft beer series. Support the Drinking Buddy Show!  www.thedrinkingbuddyshop.comAdd a one-of-a-kind Bizen beer mug to your collection now. Available exclusively from The Drinking Buddy Shop.Listeners of The Drinking Buddy Show get an exclusive 10% discount on LB Hats, available only at lbhats.com. Use code BUDDY to get 10% off your order now. 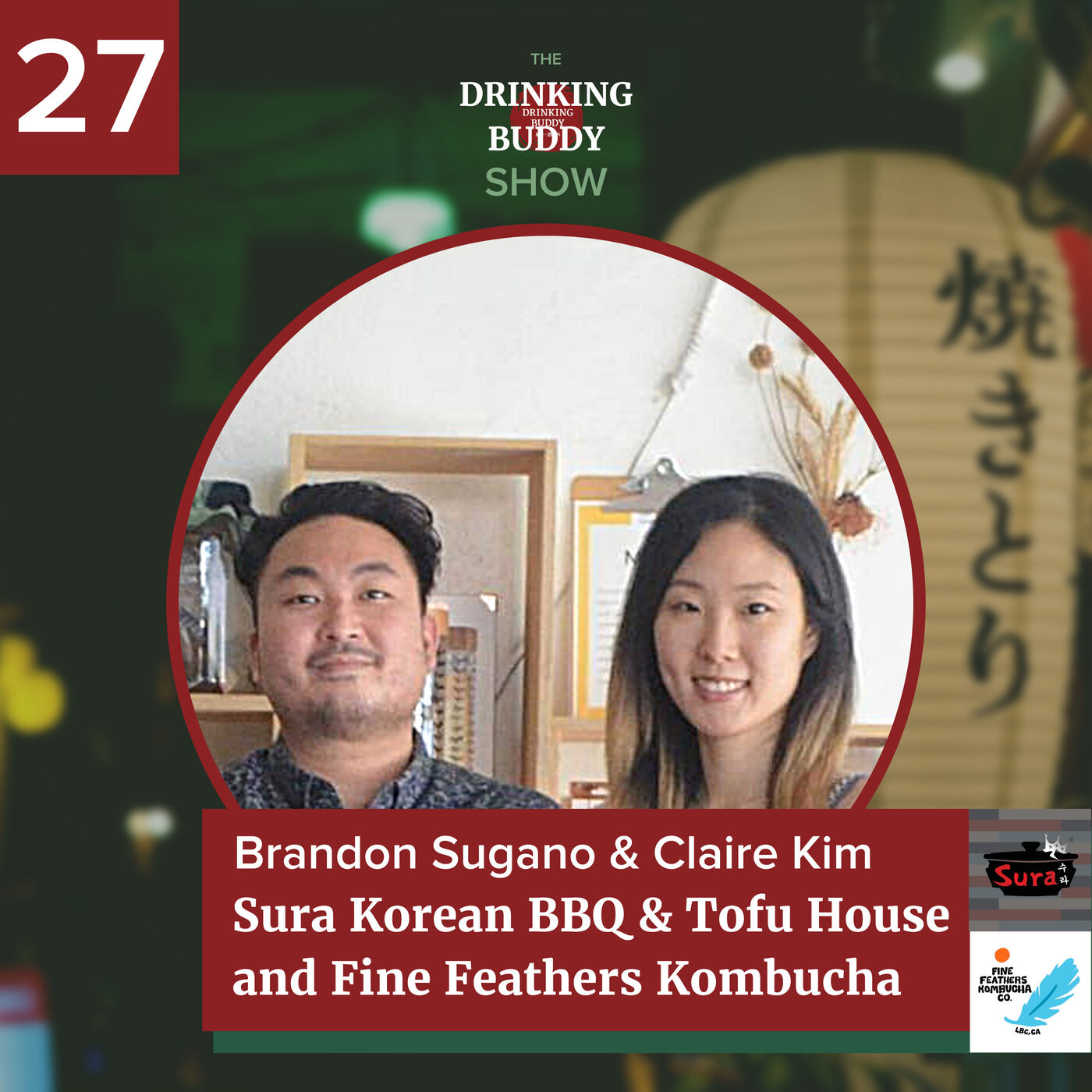 Claire Kim and Brandon Sugano join us from Sura Korean BBQ & Tofu House and Fine Feathers Kombucha in Long Beach, CA.  Claire and Brandon recently made news as the new owners of Long Beach’s own Fine Feathers Kombucha. The husband and wife team had purchased Sura Korean BBQ & Tofu House six years ago and were looking to expand their business. We chatted about how they ended up owning two local businesses, Brandon’s craft beer tap list, and some recommended kombucha flavors and Korean dishes.  Support the Drinking Buddy Show!  www.thedrinkingbuddyshop.comAdd a one-of-a-kind Bizen beer mug to your collection now. Available exclusively from The Drinking Buddy Shop.Listeners of The Drinking Buddy Show get an exclusive 10% discount on LB Hats, available only at lbhats.com. Use code BUDDY to get 10% off your order now. 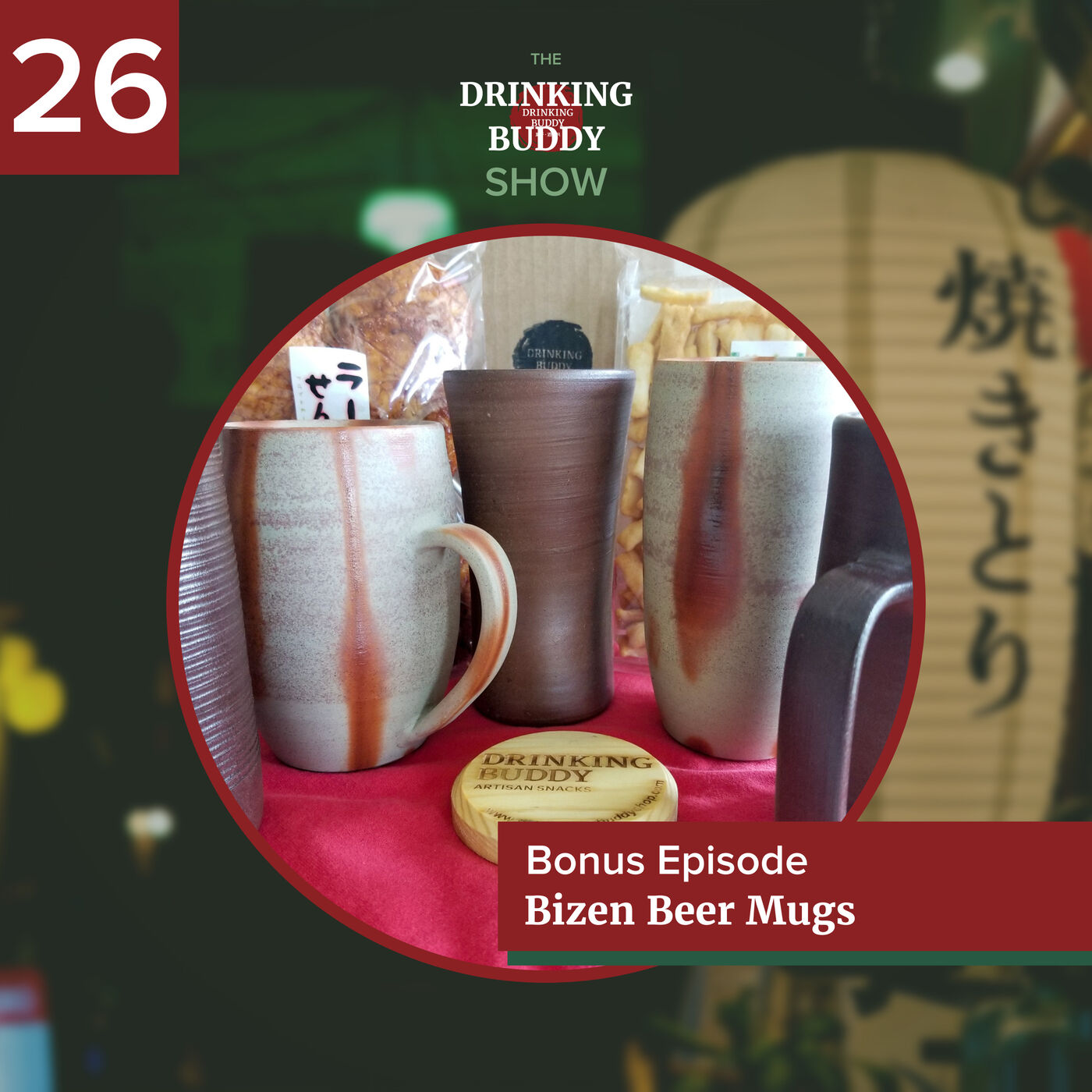 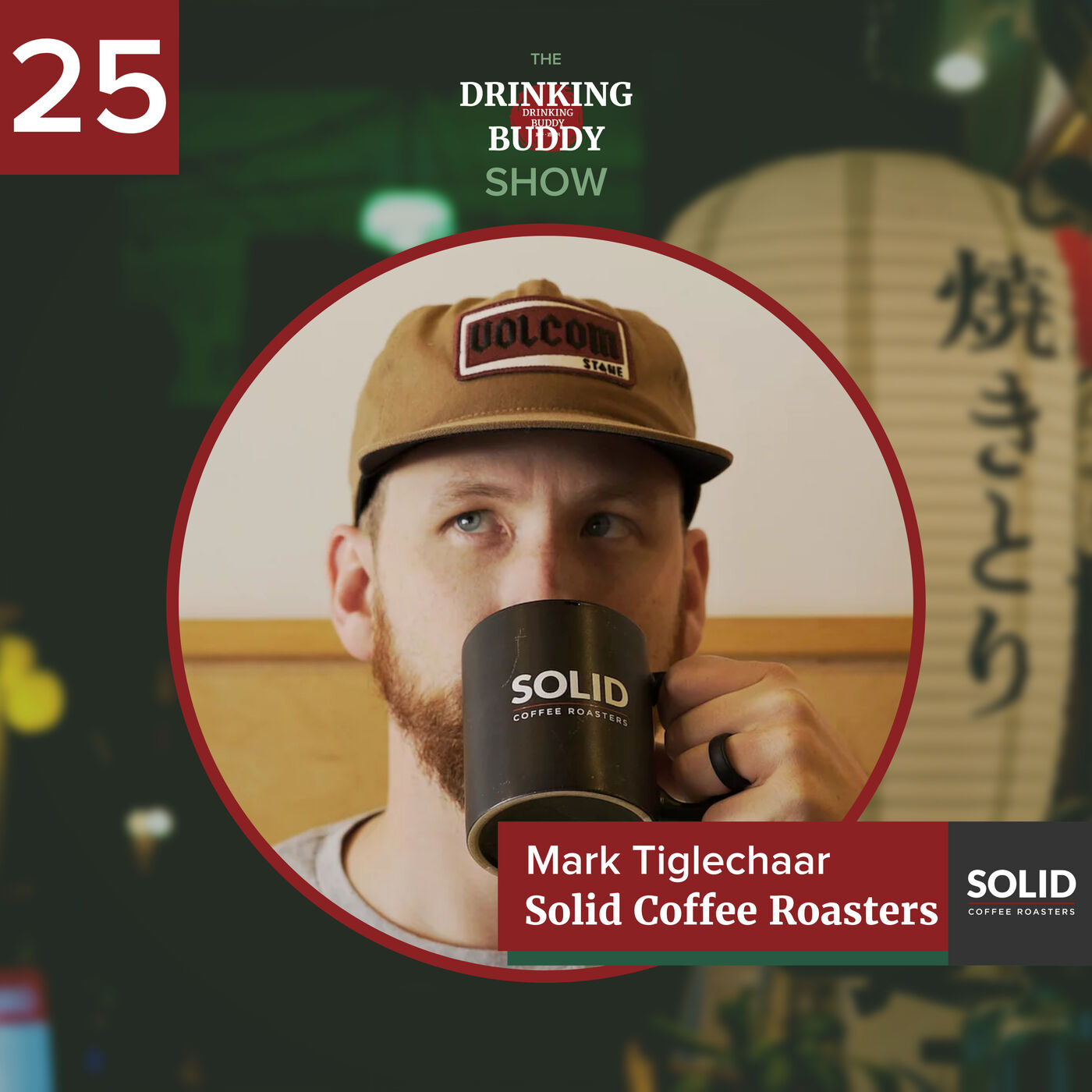 On today’s show, Mark Tigchelaar joins us from Solid Coffee Roasters in Artesia, CA. Mark is a transplant from Michigan. He got into craft coffee (and craft beer) when he and his wife moved to San Diego, and his interest grew as they moved up to LA County. He eventually met the original founders of Solid Coffee Roasters and proposed joining as their managing director. Mark shares how they opened up a second spot at Steel Craft, the Solid Mile collaboration with Ten Mile Brewing, how Solid Coffee is getting through the pandemic, and a couple of recommended blends from their roastery. Support the Drinking Buddy Show!  www.thedrinkingbuddyshop.comListeners of The Drinking Buddy Show get an exclusive 10% discount on LB Hats, available only at lbhats.com. Use code BUDDY to get 10% off your order now.Links☕⁠ Get the latest updates from Solid Coffee Roasters on Instagram ☕ Get to know Solid Coffee Roasters on Facebook☕ Grab yourself a bag of fresh roasted coffee 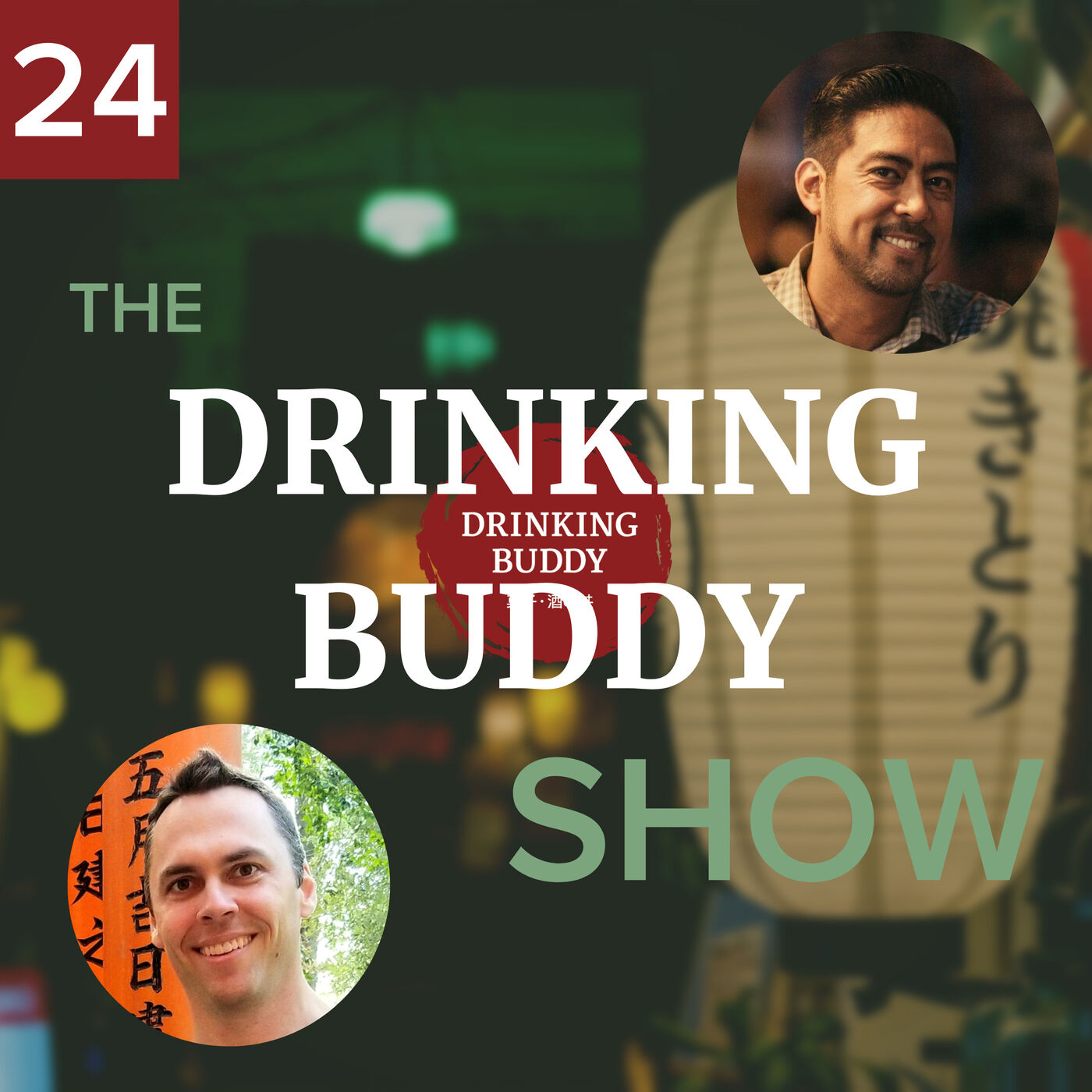 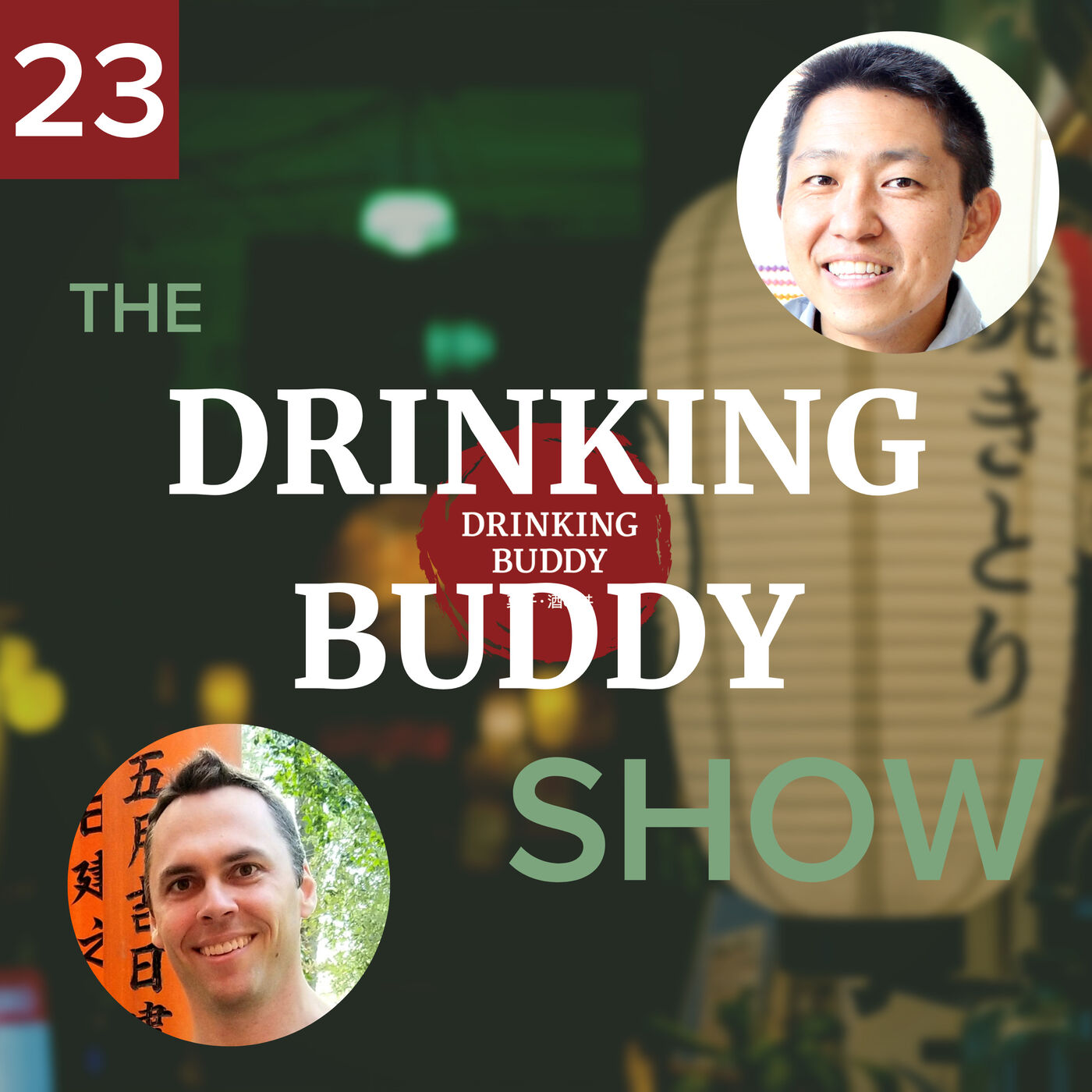 On today’s show, Rocky Yoneyama joins us from Okayama Kobo Bakery in Anaheim, CA. Rocky grew up as the son of two successful entrepreneurs that built their businesses on Guam. Looking to expand beyond his small island home, Rocky went to school here in Southern California, and eventually worked in New York and Japan, before settling in Orange County. He shares details on the four (yes four!) business he currently runs, and his plans for the future.    Support the Drinking Buddy Show!  www.thedrinkingbuddyshop.com----Links----www.okayamakobousa.comwww.facebook.com/lagucafeirvine/www.tasteofjpn.com

Joel Elliott joins us from Strand Brewing in Torrance, CA. Joel Elliott did not have what you might call a typical childhood. Born on the island of Oahu, Joel moved with his family to Hollywood at the tender age of 4. Surfer, filmmaker, world traveler, and eventually business owner and craft brewer – Joel shares the many sides of his life.    Support the Drinking Buddy Show!  www.thedrinkingbuddyshop.com

Riding Out The Storm with Jesse Sundstrom of Ten Mile Brewing

On today’s show, Jesse Sundstrom joins us from Ten Mile Brewing in Signal Hill, CA. Jesse and his family have always done things together. Since he was a little kid, they’d always head up to the family cabin to relax and have fun. Jesse shares how the family that camped together became the family that brews craft beer together.  Support the Drinking Buddy Show!  www.thedrinkingbuddyshop.com

Yuto Someya joins Frank Rodgers on the Drinking Buddy Show to share the story of Yaegaki, the first sake brand to start brewing in the United States. Yuto talks about their founding over 350 years ago, their pioneering move to Vernon in the heart of Los Angeles in the 1980s, and Roga, their new venture brewed through a digital collaboration between their toji in Japan and the brewing team here. Yuto Someya joined Yaegaki in Los Angeles in early 2019 after stints in airlines, import/export, and most recently, at Kirin. As the public face of Yaegaki in the US, Yuto shares the stories behind the small but mighty team in Vernon, including their veteran female brewery manager Reiko Wade. Listeners of The Drinking Buddy Show get an exclusive 15% discount on Roga Sake, available only at www.rogasake.com. Use code THEDBSHOW from October 1 to October 31, 2020 and get 15% off Roga Junmai and Junmai Daiginjo Sake. Support the Drinking Buddy Show!  www.thedrinkingbuddyshop.com 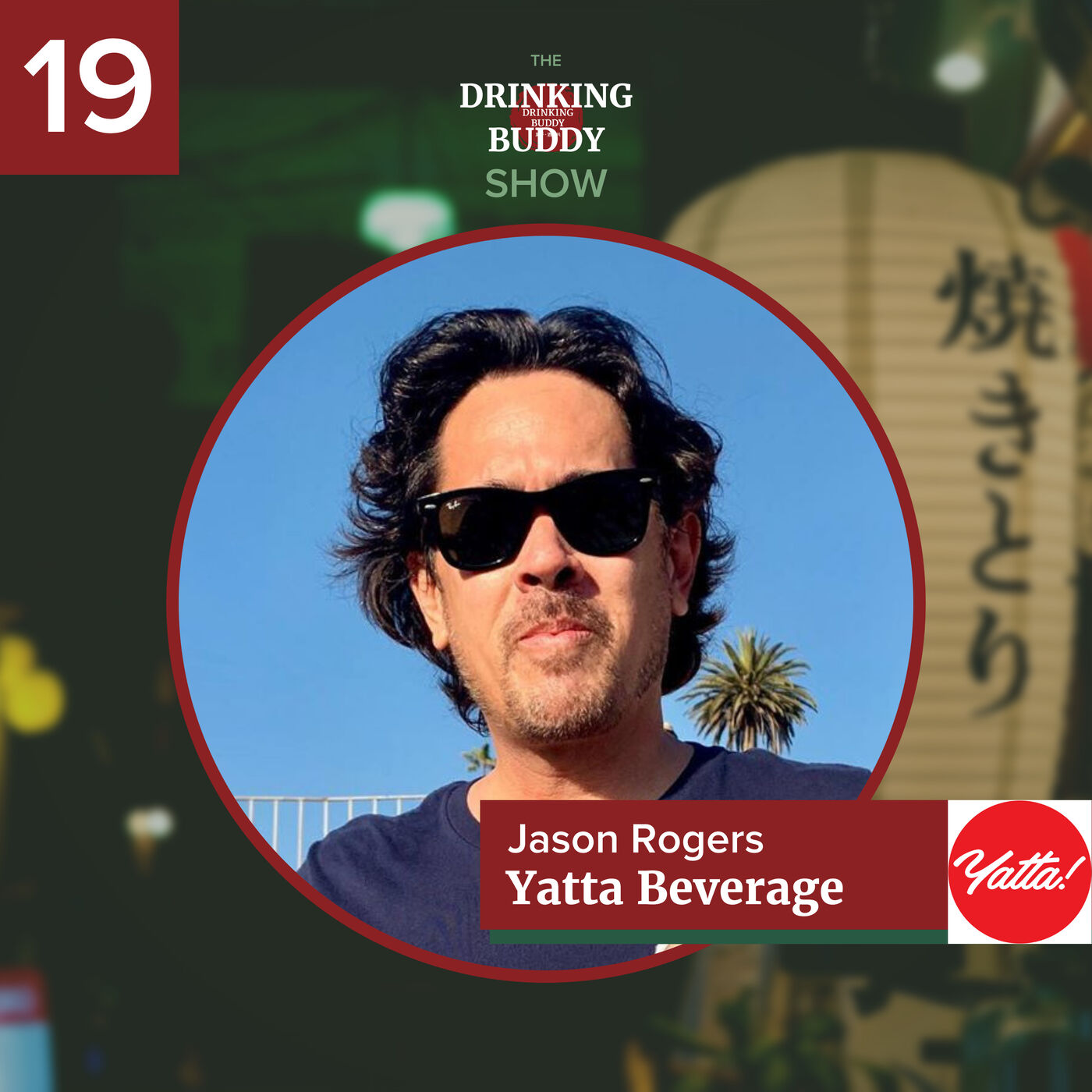 Pro skater and entrepreneur Jason Rogers joins us on The Drinking Buddy Show to talk about his new beverage venture Yatta! We’ll talk about his unique childhood as a sponsored bmx bike rider and skateboarder that globetrotted while still in high school. We then discuss his stint at Hapa magazine, taking a leadership role at a skate shoe company, producing skater videos, and founding Autobahn, his performance skateboard wheel company. Then we chat about what inspired him to create America’s first chuhai company, Yatta!, and what his plans are for the future. 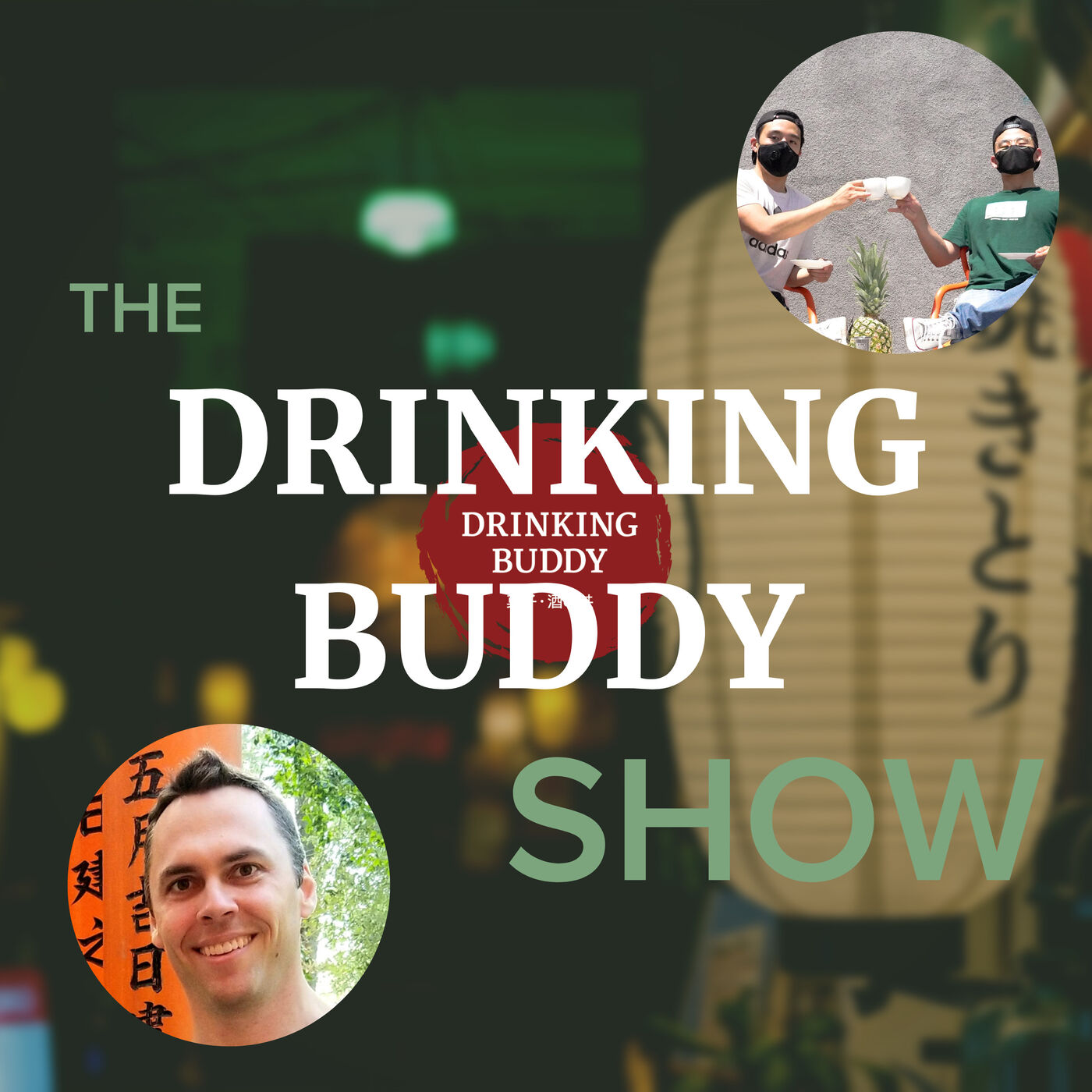 Young LA entrepreneurs Steve & Kevin Woo of Ink Coffee & Craft join Frank Rodgers to talk about their startup delivering coffee, mocktails, and flavored milk concoctions door to door, as sustainably as possible. Steve and Kevin are two of three brothers in the Woo Family that have grown up in K-Town and Torrance in LA. Steve has worked as a barista, barback, and bartender to help support himself and his family. His younger brother Kevin helped him prepare mocktails for family members and friends, leading to a few pop-up events at local cafes, and the start of INK Coffee & Craft. 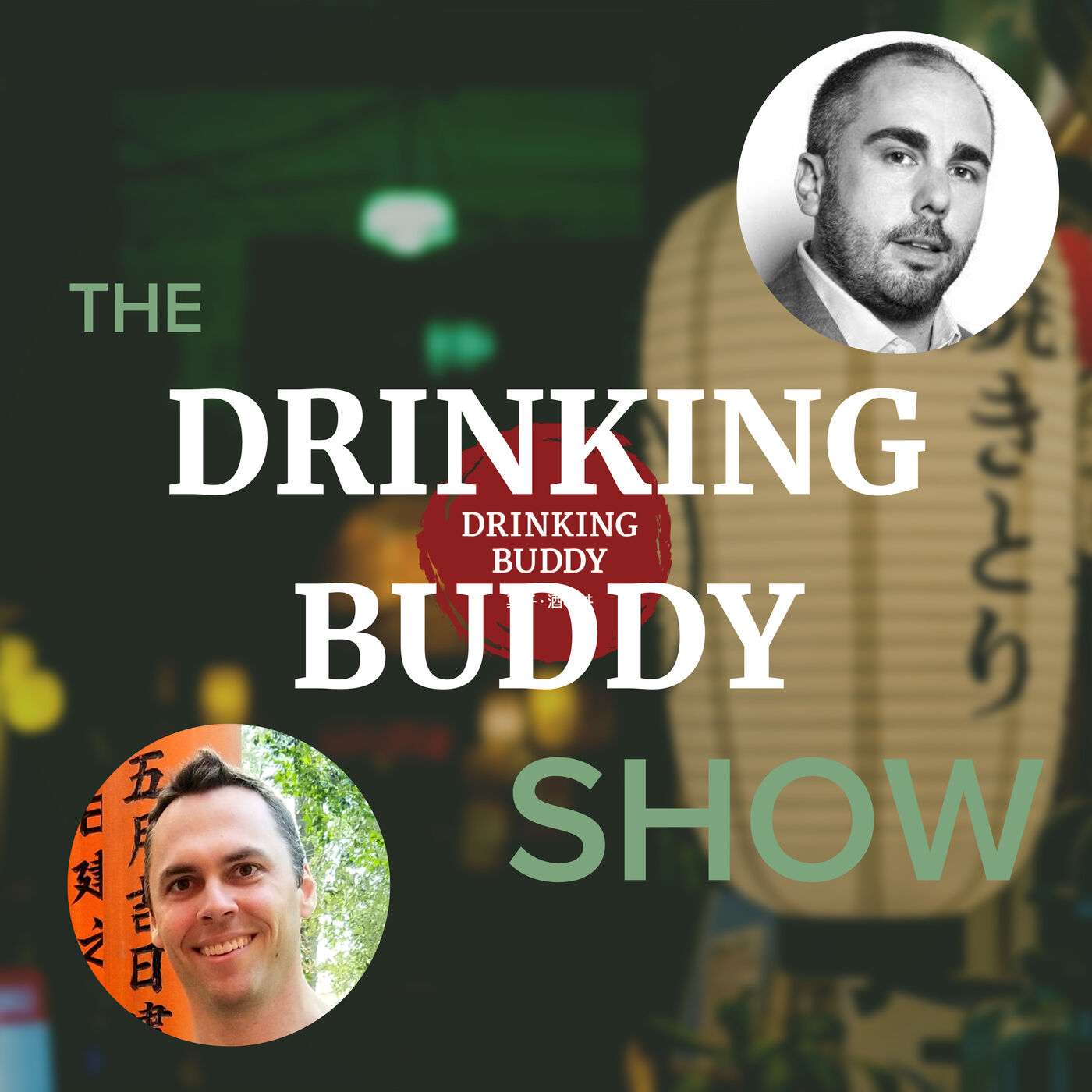 Frank Rodgers chats with Billy Melnyk, co-founder, CEO, and visionary behind Soto Sake. They talk about Billy's lifelong love of beverages starting at an early age in Ottawa, Canada. Billy also shares his love for music, travel, fine dining, and what led him to leaving a dream career at Bacardi to launch a global sake brand. Frank then gets Billy's recommendations on traveling in Tokyo, along with his pairing recommendations for Soto's Junmai and Junmai Daiginjo offerings.

Frank sits down with Josh Hembree, President and Head of Brewing Operations at Setting Sun Sake Brewing Co in San Diego, California. Josh shares his development from electrician to craft beer brewer, eventually taking a role at Stone Brewing, where he met his future business partner Keldon Premuda. Looking for yet another challenge, Josh decided to take his brewing skills from the beer world, and apply them to his bold new venture: sake. 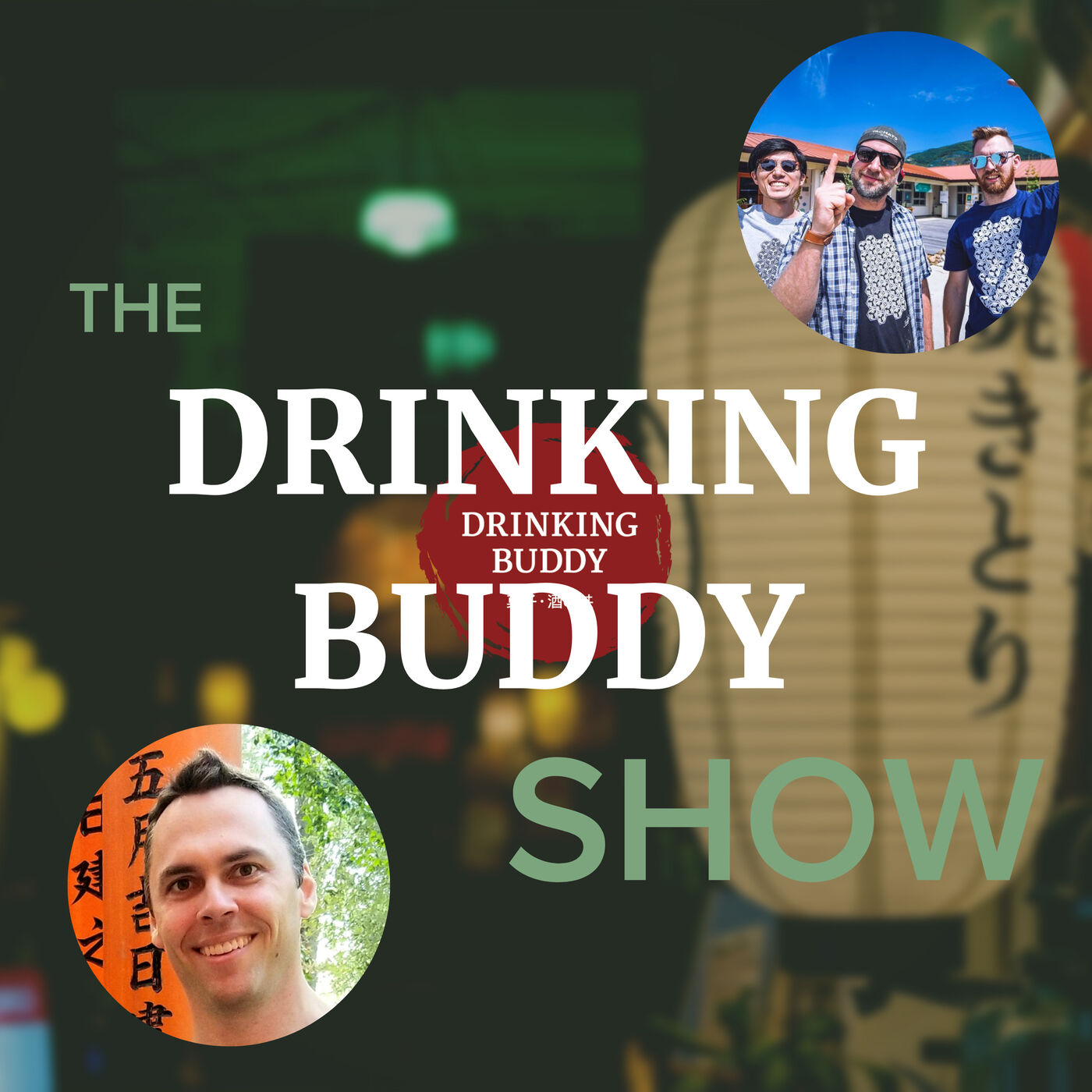 Developing the Craft Beer Scene in Rural Japan with Adam, Ben, and Takumi of Nomcraft Brewing

Frank introduces a special craft brewery that opened in May 2019 in the rural community of Aridagawa, Wakayama. This bucolic corner of Japan boasts amazing fruit, pristine water, and friendly people looking to bring economic vitality to their hometown through projects like Nomcraft Brewery's renovation of a former childcare center. Frank shares the intertwining and fascinating stories of the three faces of the brewery: Adam, Ben, and Takumi Kaneko. 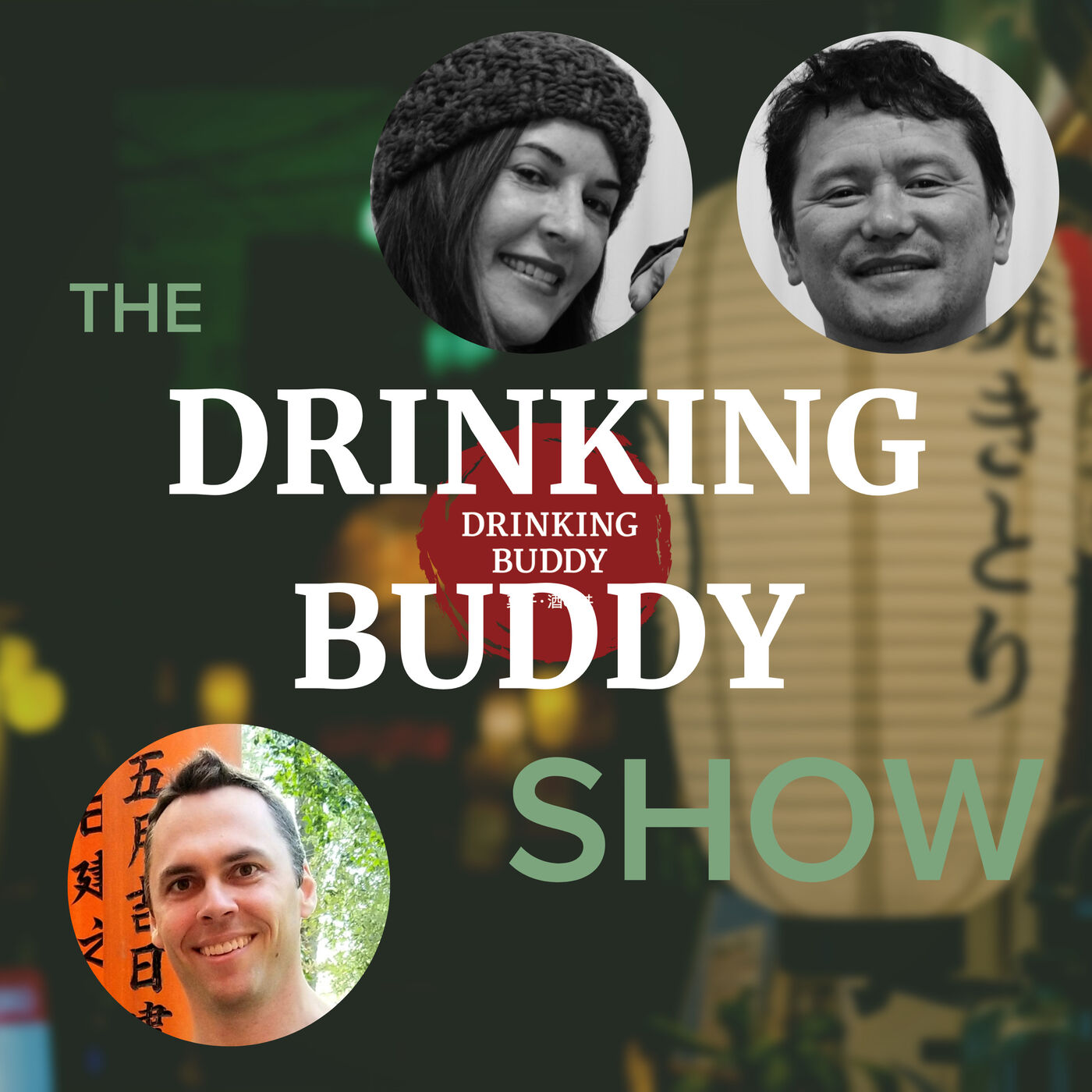 Frank chats with the hardworking duo behind Oakland's very own craft beverage - Den Sake. Yoshihiro & Lani Sako talk about their award-winning, locally produced sake made from California-grown rice, Oakland water, and Yoshi’s own koji. Yoshi explains his purposeful choices behind using Rue & Forsman Ranch's rice, working with unfiltered water, playing with the acidity in his sake, and more. Lani & Yoshi then share their vision for the future of the sake startup. 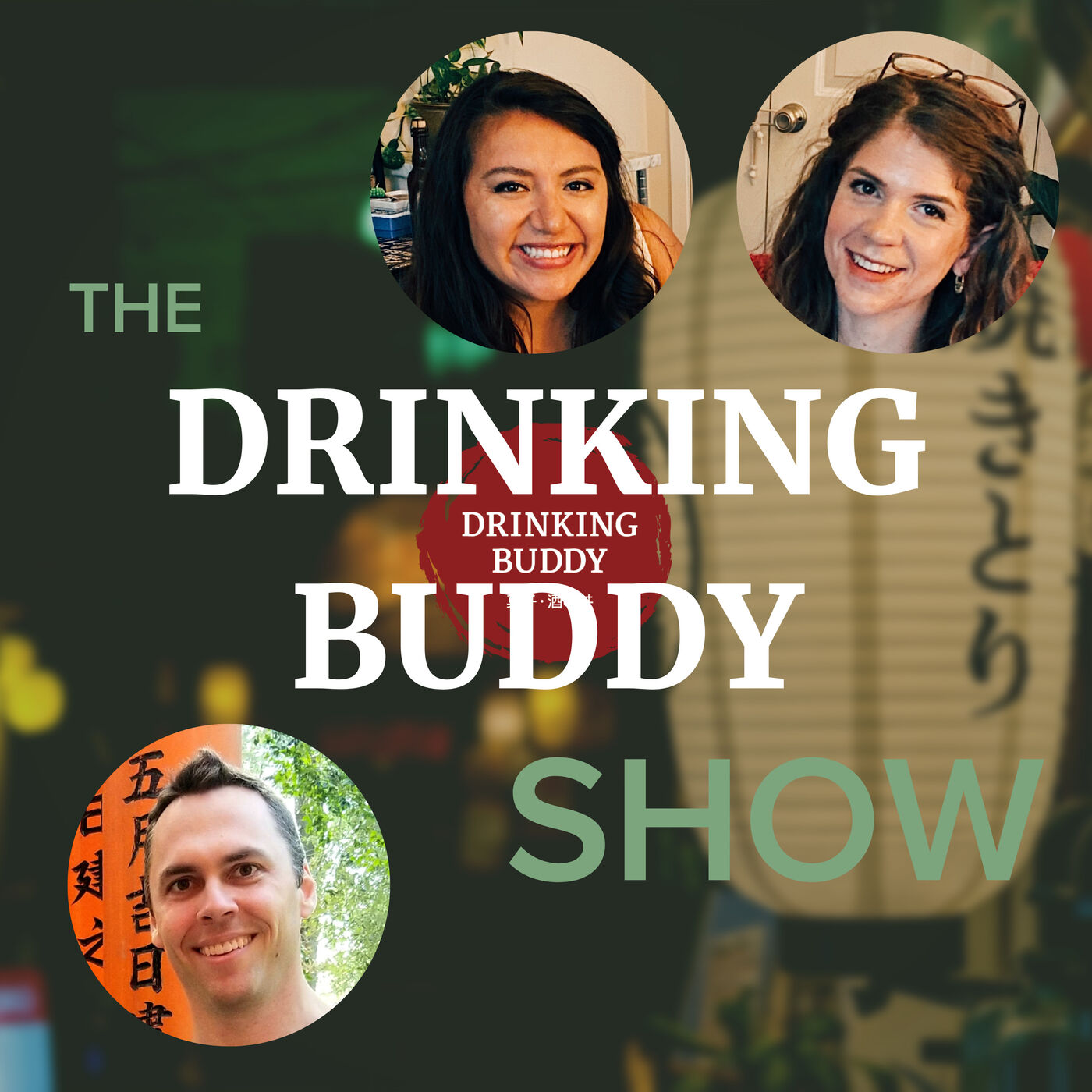 Frank chats with Caitlin Johnson and Melanie Demi, the fun co-hosts of Austin-based craft beer podcast 512 Brewed. They chat about what brought Caitlin and Melanie to Austin and what they love about the local people and the craft beer community. Frank then learns about what inspired them to create their podcast, and how it is helping other women feel welcome in the craft beer world. They also share some fun beer trips they've had, places they want to visit next, and some favorite breweries and hangouts in Austin. 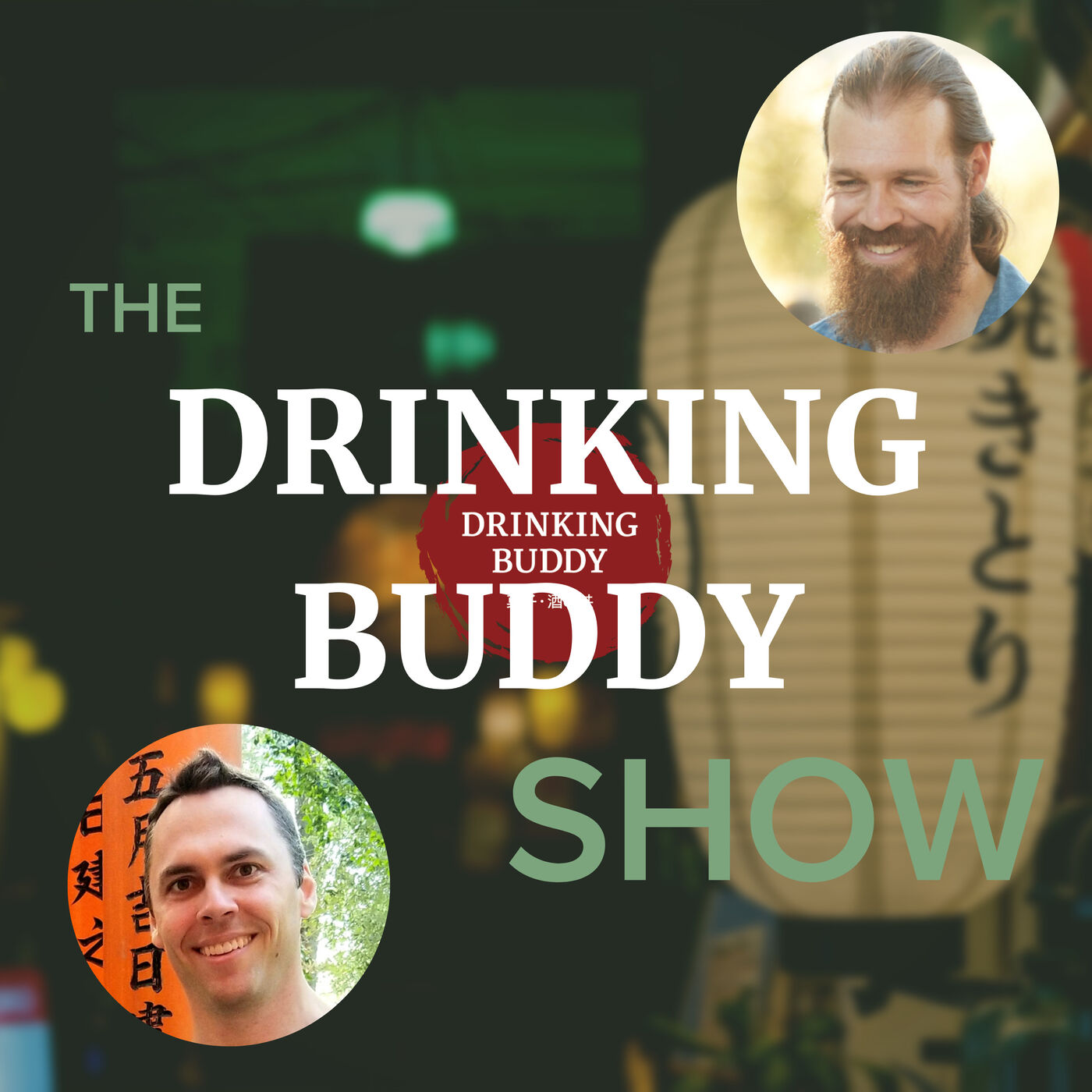 The Cleveland Ohio Craft Beer Scene with Jon Passow, Co-Host of A Starter and A Chaser Podcast

Frank chats with Jon Passow, a freelance brewer and Co-Host of A Starter and A Chaser podcast. Jon shares his varied background, including winemaking, organic farming, brewing, and a stint as a professional actor in Hollywood! Frank also gets Jon's thoughts on how non-beer drinkers should approach craft beer, along with some recommended events and beers from the beverage and culinary scenes in Jon's multicultural hometown of Cleveland, Ohio. 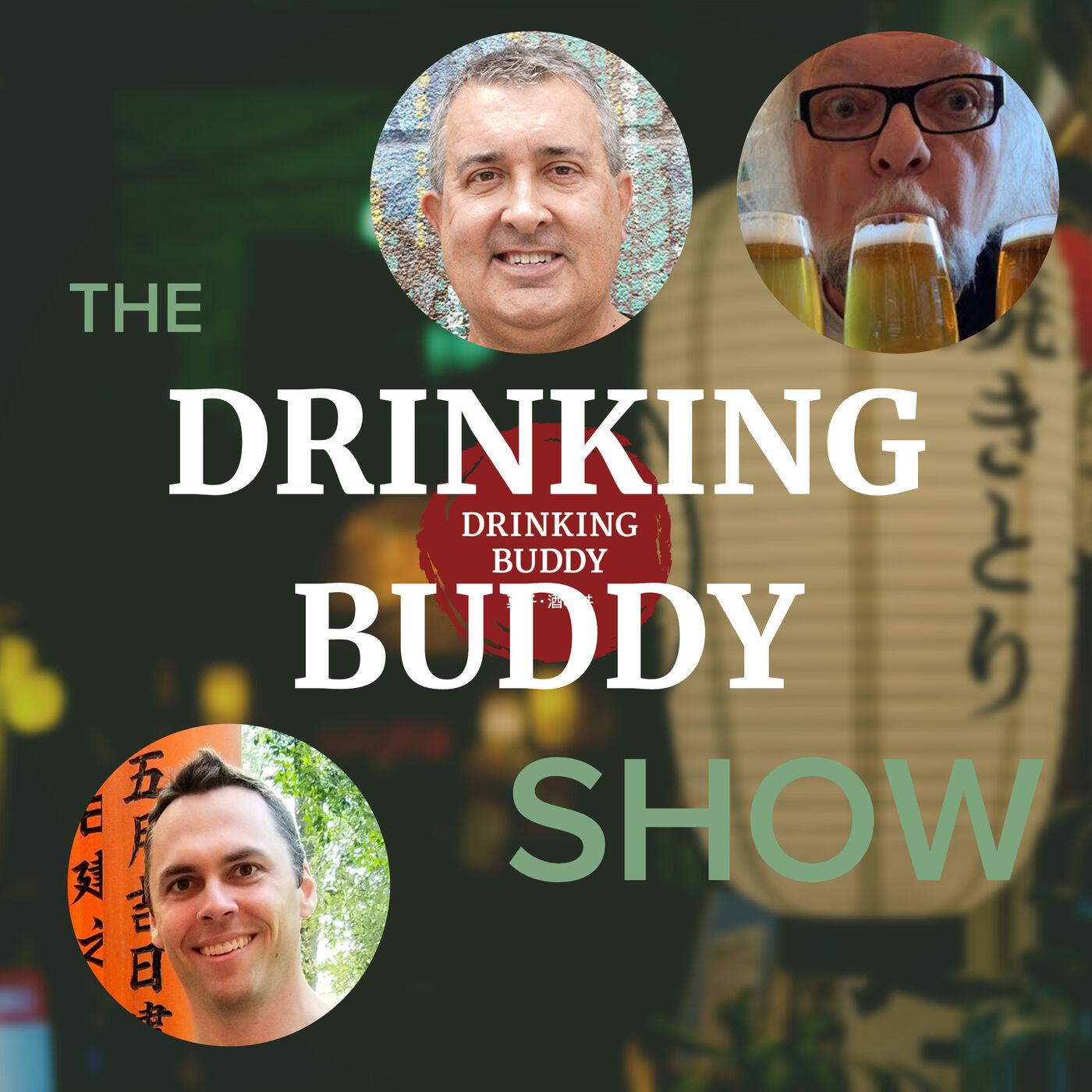 Frank chats with two LA beer celebrities. Daniel Drennon is the publisher, editor, and head writer of Beer Paper, the local monthly you’ll find at just about any brewery or bottle shop in SoCal. Tomm Carroll is a beer educator, judge, traveler, and writer, and has witnessed the explosion of craft beer in Los Angeles. Tomm is also the senior contributor for Beer Paper. Despite the stops and starts due to COVID19, Daniel and Tomm continue to support their local breweries, and the passionate brewers and entrepreneurs behind them. Frank chats with them about the once non-existent craft beer scene, what brought them both to writing about beer, and their thoughts on how craft beer will evolve during and post coronavirus.
See More
Comments