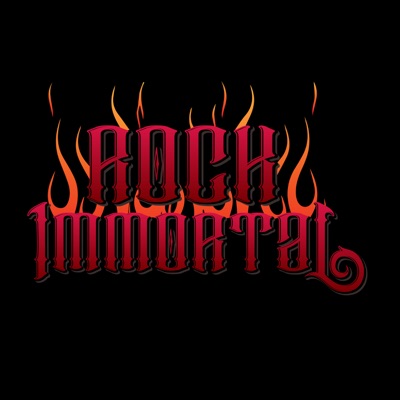 Rock Talk is a live internet web series, interviewing artists and music industry veterans. Interviews are livestreamed to Facebook, YouTube, and Twitch via Rock Immortal Productions, and are uploaded as a podcast shortly thereafter. Support this podcast: https://anchor.fm/rock-talk/support
11 Episodes
Reverse 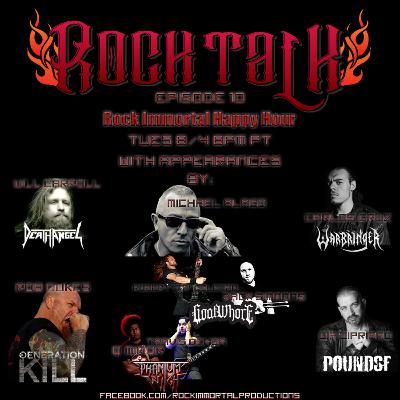 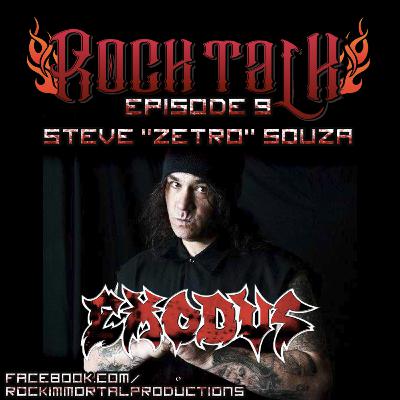 Episode 9 of Rock Talk welcomes Exodus vocalist Steve Zetro Souza Zetro's unmistakable voice is one of the most known in the Bay Area  thrash scene. Having provided vocals for Legacy (prior to their  transition to Testament) on their first demo alongside writing credits on their album "The Legacy", as well as Dublin Death Patrol (featuring Chuck Billy of Testament, Steve Robello of Trauma, Danny Cunningham, and more). Most notably, Zetro provides the voice behind the Bay Area Thrash  band, Exodus. Exodus was formed in 1979, and in 1986 Zetro took over  for the late, legendary vocalist Paul Baloff. Through his 3 tenures with  Exodus (1986-1994, 2002-2004, and 2014 to present), Exodus released 7  studio albums, including their most recent release "Blood In, Blood Out"  in 2014. --- Support this podcast: https://anchor.fm/rock-talk/support 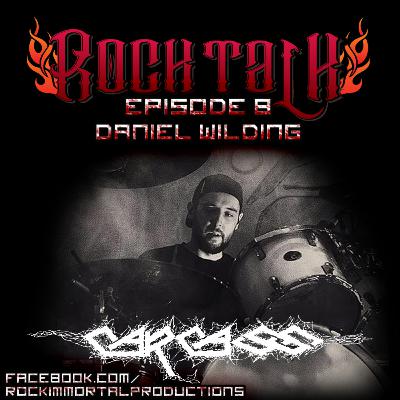 Rock Talk Episode 8 welcomes Carcass drummer DAN WILDING! Wilding started playing drums at the age of 10, and at the age of 16 joined his first band called Killing Mode. In 2007, Wilding joined Belgian death metal act Aborted. With them he had recorded Strychnine.213, released in 2008. In 2009 he left Aborted and joined UK technical death metal band Trigger The Bloodshed. In 2011 he has begun serving as touring drummer for German metalcore band Heaven Shall Burn. In 2012 , Wilding joined grindcore/death metal legends Carcass and recorded their 2013 release titled Surgical Steel, as well as 2014's Surgical Remission/Surplus Steel. --- Support this podcast: https://anchor.fm/rock-talk/support 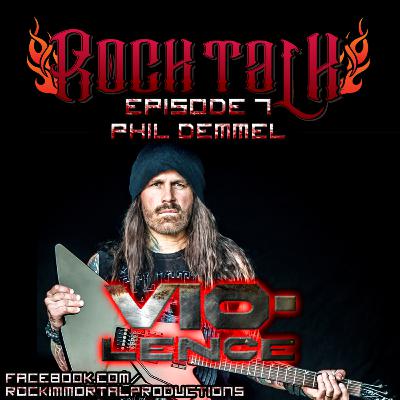 Episode 7 of Rock Talk welcomes Vio-Lence and BPMD guitarist Phil Demmel Demmel is a founding member of Vio-Lence, having been there when the band first formed in 1985 under the moniker Death Penalty. He spent the 90s working with Torque, before joining Machine Head in 2003. There, Phil spent 15 years providing crushing and massive riffs to countless fans.  Upon moving on in 2018, he filled in for Slayer briefly in place of Gary Holt, and in 2019 re-joined the current incarnation of Vio-Lence. Alongside that, he also joined up with Bobby "Blitz" Ellsworth (Overkill), Mike Portnoy (Sons Of Apollo, former Dream Theater), and Mark Menghi (Metal Allegiance) to form BPMD, who released their first album (a 70's cover album called "American Made") on June 12th.  Phil also announced in January that he plans to release several solo works, including the already-released track "The Permanent Decay" (featuring former bandmate and Sacred Reich drummer Dave McClain, alongside Megadeth's David Ellefson and Bleeding Throughs Brandon Schieppati), under the name Echoes of Reckoning. --- Support this podcast: https://anchor.fm/rock-talk/support 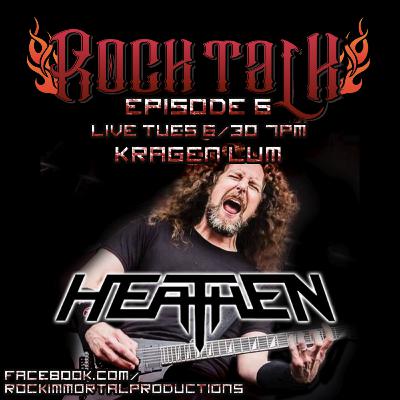 Episode 6 of Rock Talk welcomes Former Exodus/Current Heathen guitarist KRAGEN LUM. Kragen Lum is a man of MANY talents - from founding the LA bands Psychosis & Prototype, to producing video games for Activision. In the music game since 1989, Kragen currently plays in Heathen alongside his Exodus brother and founding Heathen member Lee Altus. Kragen acted as Exodus' live guitarist, masterfully filling the very large shoes of Exodus' Gary Holt as he toured with Slayer. Alongside touring and creating music, he writes and records for Heathen, records tracks for the likes of Abysmal Dawn. Artisan, and New Eden AND contributes music for television, film, and video games. To pre-order Heathen's "Empire of the Blind", head over to Heathen's shop: https://heathenthrash.bigcartel.com/products --- Support this podcast: https://anchor.fm/rock-talk/support 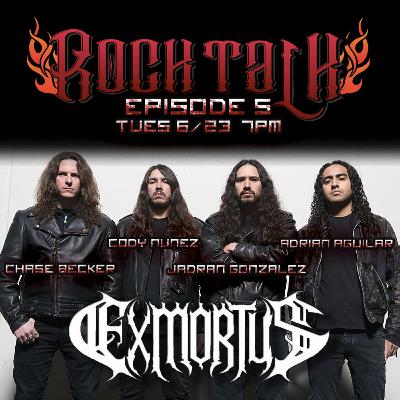 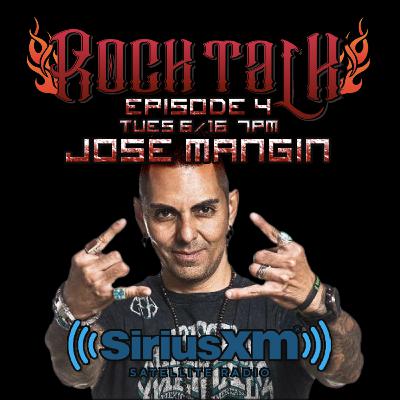 Recorded live on 6/16/20, Episode 4 of Rock Talk welcomes THE Metal Ambassador, SiriusXM's Jose Mangin! If there's a huge metal show taking place, the odds are very high that you'll spot Jose Mangin on the scene. One of the absolute busiest (and most badass) men in metal, Jose oversees programming & on-air talent for SiriusXM's Octane and Liquid Metal. He juggles that with a multitude of MC and Hosting gigs, directing Artist Relations for AFFLICTION clothing, co-owning his own tequila brand Riazul Tequila, AND being a father and husband. --- Support this podcast: https://anchor.fm/rock-talk/support 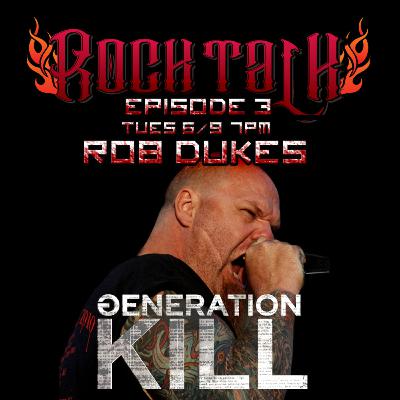 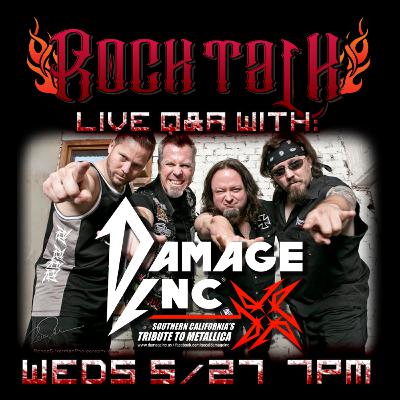 Fresh off of the announcement of their livestream concert on Saturday, May 30th, Chris Knight and Tone DeCorte join us to discuss what they've been up to, and what they're looking forward to in finally getting back to playing live shows once again.Support Rock Immortal's Rock Talk --- Support this podcast: https://anchor.fm/rock-talk/support 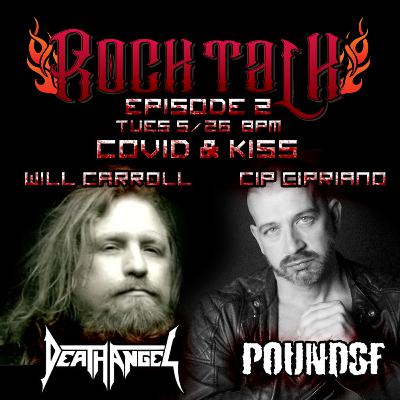 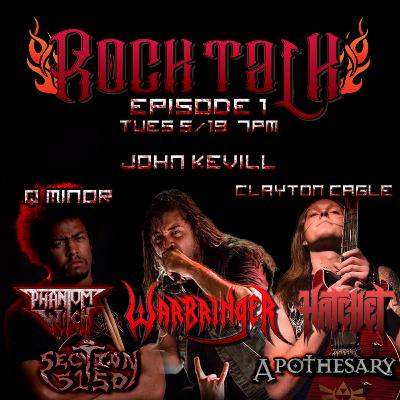