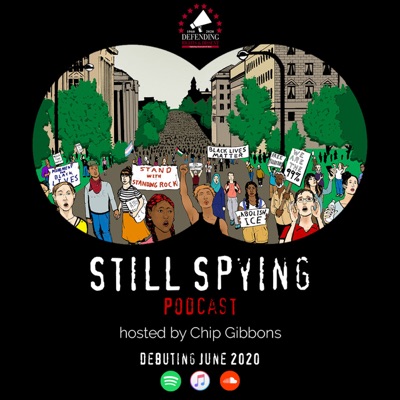 A limited series podcast that does a deep dive into the history of FBI spying on protest movements and activists. Hosted by Defending Rights & Dissent policy director Chip Gibbons.
8 Episodes
Reverse

The FBI's Man Inside the Klan feat. Mary Stanton

The FBI was ruthless in its pursuit of civil rights activists. At the same time, the Ku Klux Klan was engaged in a reign of terror. How did the FBI's attitude towards those fighting nonviolently for racial justice compare to its attitude towards those who wished to violently stop them? In this episode, we explore the career of the FBI's controversial Klan informant Gary Rowe. Rowe's identity was revealed after he was present when Klan members murdered civil rights activists Viola Liuzzo. How involved was really in her death and what other acts of violence may Rowe have been involved? To explore this, we talk to Mary Stanton a historian of social justice movements in the South and biographer of Liuzzo. 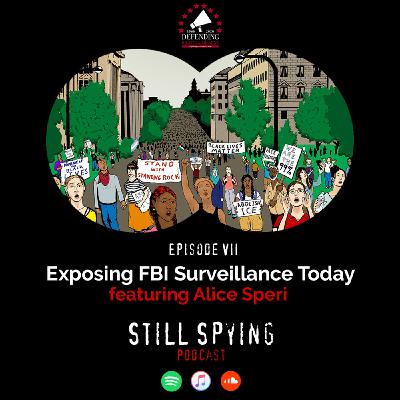 The FBI is still spying on dissent. But how do we know what they’re up to? On this episode, Alice Speri of The Intercept talks about the importance of the Freedom of Information Act and whistleblowers to journalists reporting on FBI surveillance. She also discusses the case of Terry Albury, an FBI whistleblower who was prosecuted under the Espionage Act. 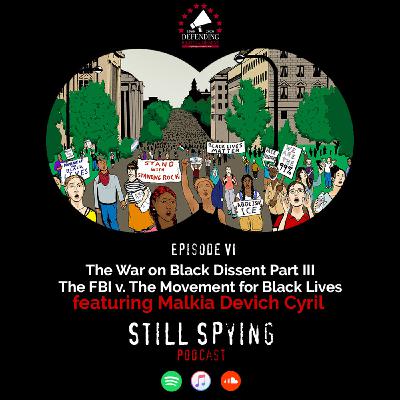 The War on Black Dissent Part III: The FBI vs. The Movement for Black Lives feat. Malkia Devich Cyril

In our conclusion of Still Spying’s three-part exploration of the FBI’s war on Black dissent we bring the story up to the present. In response to police violence and white supremacy, the US has witnessed renewed movements for racial justice. Unsurprisingly, the FBI is yet again on the case. In this episode we talk about the FBI and other federal agencies’s monitoring of the Movement for Black Lives, including the FBI’s assessment about the threat posed by “Black Identity Extremists.” This episode features an interview with Malkia Devich-Cyril, a Senior Fellow at Media Justice. 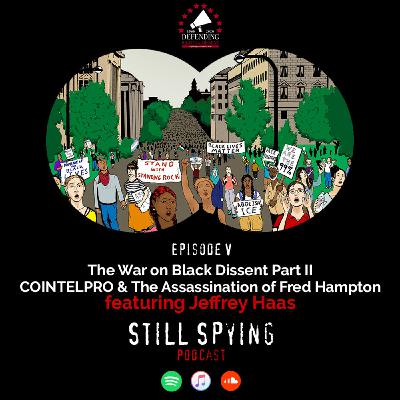 The War on Black Dissent Part II: COINTELPRO & The Assassination of Fred Hampton 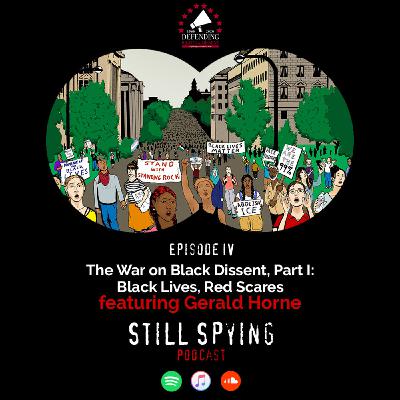 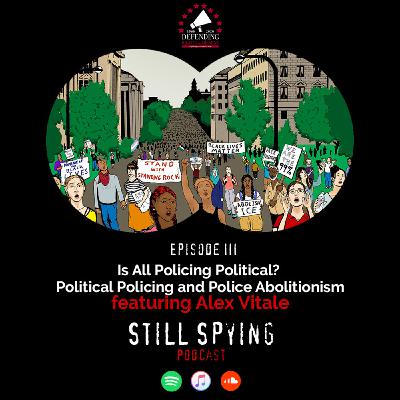 What does the neutral application of the law mean if the law itself is not neutral? Still Spying podcast host Chip Gibbons & noted abolitionist Alex S. Vitale. explore the political nature of federal and local law enforcement and ask the question: is political policing a feature of law enforcement, not a bug? What does this mean for our society, especially during this national conversation about justice and equality? What is police abolitionism? 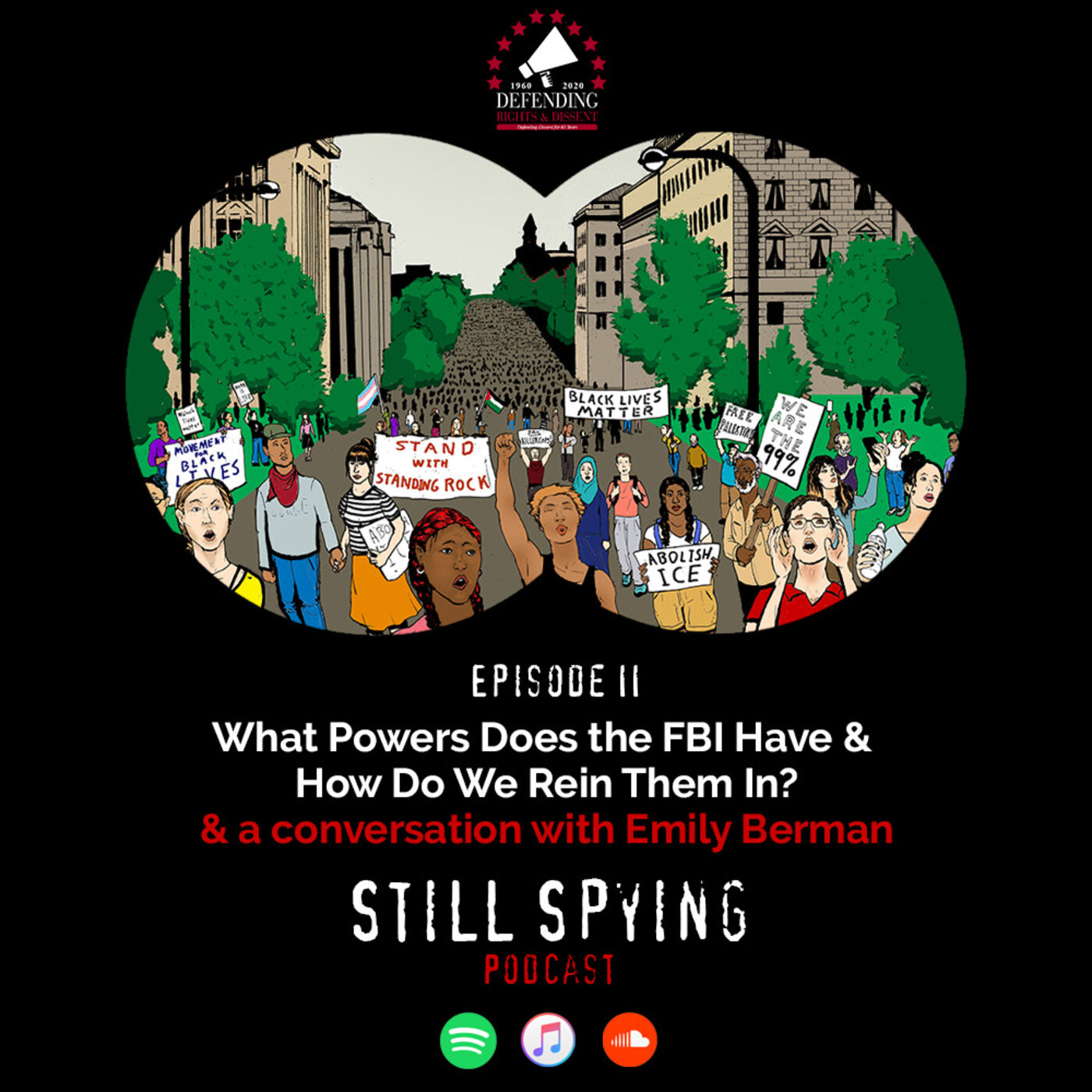 What Powers Does the FBI Have & How Do We Rein Them In? Featuring Emily Berman 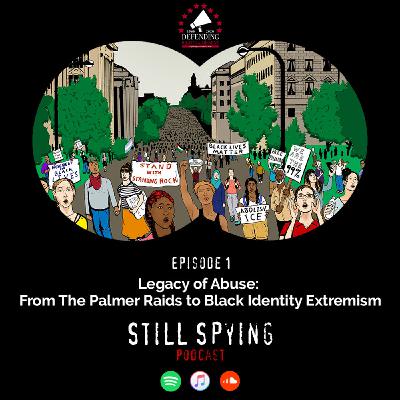 An exploration into the history of the FBI looking into certain political activities and political actors that conspicuously all seemed to have a common denominator.Also, a one-on-one conversation with Mike German, a retired FBI agent and a fellow in the Brennan Center for Justice's Liberty and National Security program. He's also the author of "Disrupt, Discredit, and Divide: How the New FBI Damages Democracy."
See More
Comments