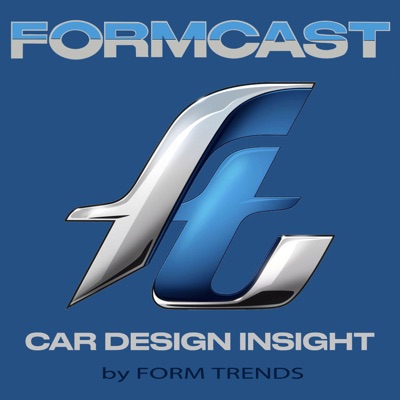 FORMCAST is a podcast by Form Trends, an online resource dedicated to providing information, advice and insight into the automotive, transportation and mobility design sectors. Founded by Eric Gallina in 2012. formtrends.com
22 Episodes
Reverse Maximilian Missoni has been head of design for Polestar Cars since 2018. After joining Volvo Cars 2012 and subsequently being promoted to VP of exterior design in 2014, becoming Polestar's design director following Thomas Ingenlath's appointment as CEO of the premium electric vehicle brand was a natural progression for Missoni. In this candid FORMCAST interview, Missoni speaks with Eric Gallina about his career path – from the early days of discovering design, his time as a student at the RCA and his first job at Volkswagen –as well as his time at Volvo and Polestar's design ethos and its future design direction.Support the show Anna Costamagna is an Italian Interior Design Manager working at Peugeot and Advanced Design Manager for Stellantis. While her mother worked as an assistant to Sergio Pininfarina, she began her career at Bertone in Caprie, a suburb of her native Turin, after studying engineering and management. She then moved to Paris, France, to bring Peugeot production cars to fruition. Over her career, Costamagna has worked with a number of companies to develop future-looking concepts as well as groundbreaking interior proposals, including the Peugeot i-Cockpit. Form Trends editor Eric Gallina spoke with Costamagna about her career path, the projects she’s worked on, interface design, and also discussed diversity in the workplace as well as the role of the designer and manager in the corporate environment.Support the show Amko Leenarts on Chasing a Dream and Car Design Challenges

Amko Leenarts has been a designer at Ford since 2012. Prior to that, he led Interior Design for the Peugeot brand in France. Now Head of Design for Ford Europe, Leenarts speaks with Form Trends founder Eric Gallina about becoming an automotive designer after years of working as an architect, how he proposed new solutions in interior design, joined as Global Interior Design Director at Ford in Dearborn and became "king of the country" with respect to his current role leading Ford's Design teams in Europe. This is the longest FORMCAST podcast to date , and essential listening for anyone that wants to know what it takes to succeed as a car designer and attain a leadership position within design.Support the show

The Shanghai motor show opened its doors to the public recently, showing an immense array of new vehicles. While the debuts from Chinese carmakers are numerous, there were also some noteworthy new car launches from European, US-based and Japanese manufacturers looking to tap into the world's largest car market.  In this FORMCAST episode, Eric Gallina and Sam Livingstone discuss these foreign carmaker debuts, including some new vehicles specifically designed with Chinese customers in mind. Support the show In this episode of the FORMCAST podcast Form Trends editor Eric Gallina and Car Design Research director Sam Livingstone discuss some of the more interesting new car debuts in March 2021.Support the show The History and Future of the Sedan with Brian Baker, Automotive Hall of Fame

This episode of the FORMCAST car design podcast is a little different. Pierre Paul Andriani, Senior Manager for Digital Modeling at Tata Motors' European Design Center, invited his longtime friend Brian Baker, VP of Education and Principal Historian at the Automotive Hall of Fame in Dearborn, Michigan, to discuss the history of the sedan and whether there's any life left in the three-box vehicle typology in the future.  Hope you enjoy the episode!Support the show

There's been a lot of new car news since the start of the year.  Form Trends editor Eric Gallina sits down with Sam Livingstone of Car Design Research to discuss some of the more interesting debuts and what they mean in the greater car design landscape.Support the show Pierre Leclercq is Citroen's Head of Design. He's worked in Italy, California, Germany, China and Korea before returning to France and joining PSA. In this episode, Pierre speaks with Form Trends founder Eric Gallina about his early career working at coachbuilders Zagato and Ghia, designing the first-generation BMW  X5 and X6 at BMW Group DesignworksUSA, building several brands while working for Great Wall, and how he managed to make the trip back from China to designing the next generation fo Citroen products in Europe.Support the show Nil Sajonz is just 27 years old, but he's already moved up from interning at Bugatti to his new role as Head of Special Projects for the superluxury performance car brand. Eric Gallina speaks with him about his journey, the projects he's worked on, and the new Bugatti Bolide.Support the show Rivian is a start-up manufacturer blazing the path for electric trucks in the North American market, which leads the world in pickup truck sales. Eric Gallina spoke with Jeff Hammoud, the company's VP of Design, to find out more about the processes, opportunities and challenges the team has encountered and overcome behind the scenes.Support the show 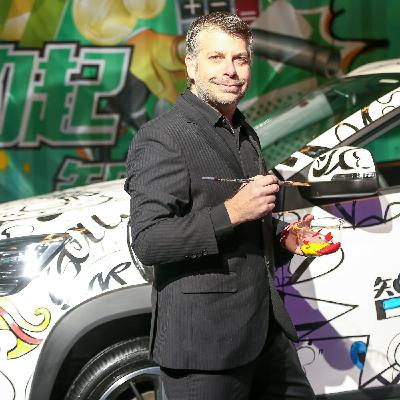 James Hope on Being a Design Director in China 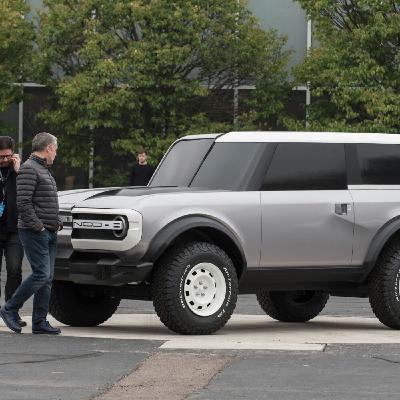 Ford's Chief Designers on the New Bronco and Bronco Sport The State of Transportation Design Education with Paul Snyder, CCS Klaus Busse on the Future of Car Design