J.J, Dusty, Luke, Brock and Ty are all brothers making up the HUNTER BROTHERS from Shaunavon Saskatchewan (home of course to Hayley Wickenheiser) . TY Hunter joined me on Country 89.1FM for New Canadian Country on Saturday November 26th to talk about the bands new single WHAT COLOUR YOU DRIVE. Some great songs from the bands past includeThose Were the NightsBeen a MinuteSilver Living Peace, Love & Country MusicLost (#1 Hit) New Canadian Country is Saturday just after 12 noon stream at country89.comshane@country89.com

Tyler Joe Miller stopped into Country 89 to talk about his first 2 singles that went to #1 starting on Christmas 2019 with Pillow Talking'. Monday Nov 7th TJM opens up for Jess Moskaluke at the Moose and Goose in Thorold. TJM's latest single is "Never Met a Beer" with Matt Lang.Full interview here as aired on C89

Justin Fancy has been on FIRE! He drops another single called "Laid Back Kinda Night" . This interview was live on Country 89.1FM on October 29th.  We talk about his earlier days as a singer/songwriter and of course the new single and video.  Justin is from Conception Bay South in Newfoundland . 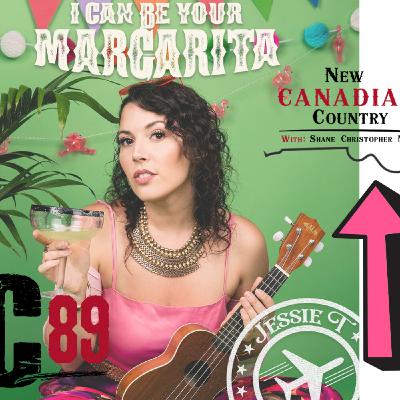 Jessie T is an artist from Kitchener Ontario who released her first album back in 2016! My "TV WIFE" has been knocking it out of the park recently. She released "Title Track" last winter and now hits us with a great new song "I Can Be Your Margarita".  Jessie and I chatted about her music career, her time at the CCMA's in Calgary in September and of course if she truly loves "Margarita's" :) - It aired on Saturday October 8th on Country 89.1FM

Dylan Burk made a decision to pursue his dream as a singer/songwriter when he was very young. His life began with his family’s big move from his birthplace (Knoxville, Tennessee) to that of his father (Ontario). He now calls Milton his home, splitting time between Canada and Nashville bringing new music to Canadian country. With a rapid-ly growing social media following of over (16k) and counting on Instagram alone), Dylan has had the opportunity to work and record with Nashville's award winning writer/producer Patrick Jas- on Matthews. Jason has written hit songs for popular recording artists Luke Bryan, Chris Young, Billy Currington, Tim Hicks, and many others.https://dylanburkmusic.com/home

Justin Legacy is a new country singer-songwriter from Gatineau, Quebec, Canada.He was one of the finalists of the popular TV show "La Voix" season 7 and was able to record his own version of Luke Bryan's "Country Girl" which is featured on the show's album.Talented, charismatic, passionate, motivated and above all dedicated to his music, he signed his first contract with the new record label Balistique Musique in 2022 to launch his career. He is the very first artist to trust the team formed by Étienne Boulay and John Anthony Gagnon-Robinette.  Justin released his first single entitled Broken Man to streaming platforms in July. People are quickly falling in love with Justin and we hope you will too!  https://balistiquemusique.com/justin_legacy/https://www.instagram.com/justinlegacy_/https://www.facebook.com/JustinLegacyOfficielhttps://www.youtube.com/channel/UCLiR74eepPP4ormpGuAMJYwhttps://www.tiktok.com/@justinlegacyofficiel

Ty Wilson has packed a lot of life experience into his young life thus far. Growing up in rural Ontario, music quickly became a life line for him. Ty’s Grandmother was a well-known Peterborough area country musician, opening for legends such as Johnny Cash in the early 60’s. She bought him his first guitar at 10 years old and he hasn’t slowed down since.Since that time, Ty has worked on a number of musical projects. He signed his first record deal at 16 years old, his second at 22. Working with Canadian Pop heavyweights Vic Park Records, Ty’s debut solo ep “Degree’s of Separation” was released in 2014. He spent the next few years as a journeyman musician, cutting his teeth on stage at a number of bars and small clubs accross Canada. From the Opera House to busking on the streets of Victoria B.C. Ty has let his passion and love for music drive him.Although it has been some time since his last studio release, Ty is ready to take his Alt-Country sound to the next level. tywilsonmusic.cominstagram.com/tywilsonmusictwitter.com/tywilsonmusictiktok.com/tywilsonmusicfacebook.com/tywilsonmusic

DBJ joined me for New Canadian Country on Saturday August 20th to talk about opening up for the Reklaws, his BBQ Skills and of course his latest single "Money in the Bank" --which you will find out has nothing to do with real money in the bank! 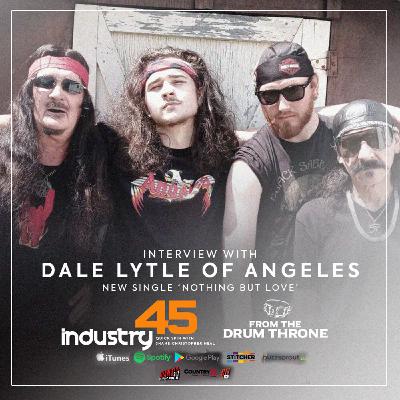 In 1977, Dale George Lytle and Dave Raudman united the musicians that would form ANGELES in Tujunga, Ca. Their first Hollywood gig was at the Troubadour where they sold out playing the midnight slot on a Sunday night. That paved the way to becoming one of LA's Largest Indie bands of the 80's. In 1980, Angeles headlined the Fall Rock Festival at Devonshire Downs, during the show Ron Bushy (original drummer of Iron Butterfly).  In 1981, they co-headlined two concerts with Mötley Crüe at the Troubadour.​In 1984, ANGELES signed to Mystic Records who released their debut album “We’re No Angels” and the title of that album was decided by Kevin DuBrow, then vocalist of Quiet Riot. That year, they also opened up for Bon Jovi at the Reseda Country Club.Angeles has shared the stage with rock legends such as Mötley Crüe, Quiet Riot, Ratt, Ronnie James Dio, Bon Jovi, Michael Schenker, Dokken, Foghat, LA Guns, Jack Russell’s Great White, Angel, and Jefferson Starship at world-renowned venues such as the Whisky a Go Go in Hollywood, Canyon Club in Agoura Hills, Devonshire Downs in Northridge, Reseda Country Club, The Roxy, and many more.In 2014, Angeles received their first platinum record with 1 million copies of “We’re No Angels” sold worldwide. As of 2018, Angeles have released eleven albums. In 2019 Angeles signed with Dark Star Records / SONY / Universal Music. In 2021, Angeles hit the Top 200 on the Billboard Radio Charts with their song “Heal The Wounds” reaching #22 for three weeks on the Rock Chart Indicator. The band recently relocated from their home base of LA to Missouri. ​

My interview that aired live on Country 89.1 FM Saturday August 6th part of New Canadian Country about like latest single "I THINK HE KNEW" . The song has a sad story and Chad turned it into this great new song 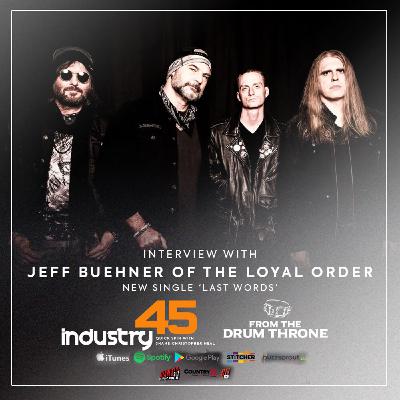 Last Words presented itself when singer, Jeff Buehner was experimenting with an open tuning on an acoustic guitar, the same as The Rain Song by Led Zepplin. The pre-chorus, “Coins in my eyes, what will my last words be?”, fell into his lap both lyrically and melodically almost instantly. It was such an inspiring thought that the song demanded to be finished. Guitarist Brandon Cook latched onto the idea and composed the intro, middle, and outro.

Darren Gusnowsky and Rob Shapiro formed over a decade writing songs and performing together and were the driving force behind HEY ROMEO.  Since leaving that band they formed JayWalker. New Single is called "Beers"Rob joined me for New Canadian Country on Country 89.1FM

Jason Benoit joined me on Country 89.1FM to talk about "Shootin' Me Down".  Jason has been direct tour support for major country acts such as Old Dominion, Tim Hicks, The Washboard Union and performed on Nationally acclaimed Music Festivals such as Boot and Hearts and Cavendish Beach Music Festival.We talk about his Music Journey from the East Coast, His First song to radio,  best  moments on the road and his new single :) New Canadian Country is every Saturday just after 12 Noon country89.com 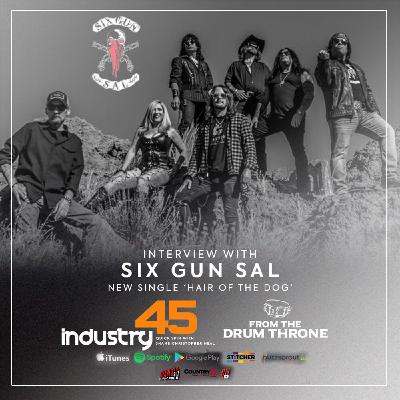 Six Gun Sal has a brand new single out, a cover of the great "Hair Of The Dog" by Nazareth.  It was produced by Timothy Eaton (Greg Allman, Lynyrd Skynyrd and .38 Special)Anthony Appello joins me to talk about the next Iconic Biker Style Kick-Ass rock band. 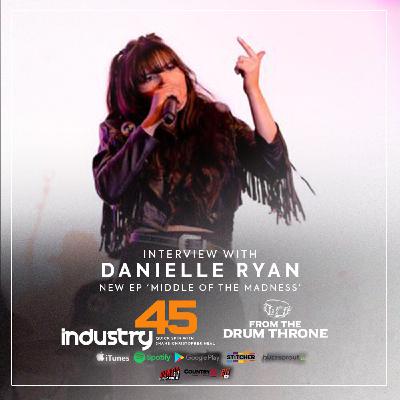 Danielle Ryan is a singer/songwriter from British Columbia. She released her debut EP "Middle of The Madness". Danielle joined me live on Country 89.1FM on Saturday May 14th for New Canadian Country.We chatted about her new album, her cover of Johnny Cash's Ring of Fire Check out her website at danielleryanmusic.com

Here is the edited part of my Interview with Josh Ramsay. He has released The Josh Ramsay Show and one track features Country Star Dallas Smith. Here is the interview that appeared on Country 89.1 FM Saturday May 7th for New Canadian Country. 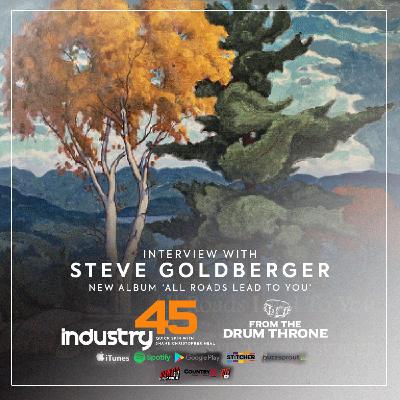 Steve is a seasoned veteran of the Niagara Music Scene and has a new record of some of his favourite cover songs out now! All Roads Lead To You! Steve joins me in conversation about recording the record and about why he selected some of the songs he did! 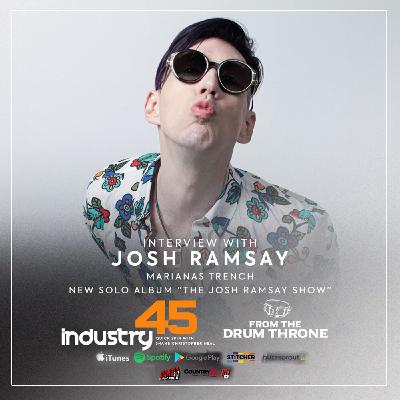 Marianas Trench front man Josh Ramsay released a solo album on April 8th via 604 Records. This album is a collaboration with many artists and genres. The albums first single "Lady Mine" is a blistering hard rock track featuring Nickelback's Chad Kroeger.  "Best of Me" features country star Dallas Smith.  We talk the new album tracks, the video he shot at the old Molson's plant in Vancouver with Dallas Smith and what's coming up with Mariana's Trench.

My interview with Niagara's Chad Charles Campbell about his new single Cloud 10! played it on May 1st on Country 89.1FM

Ajax Singer/Songwriter Emily Clair joined me Saturday April 23 on Country 89.1 FM to talk about her musical family, her early start into Rock and Roll and then becoming a Singer/Songwriter and Country Recording Artist. Her latest single is called "KISS STRANGERS" and her first EP "Stripped" but Digitally and on Vinyl is called "The Sobering Truth" emilyclair.com
See More
Comments