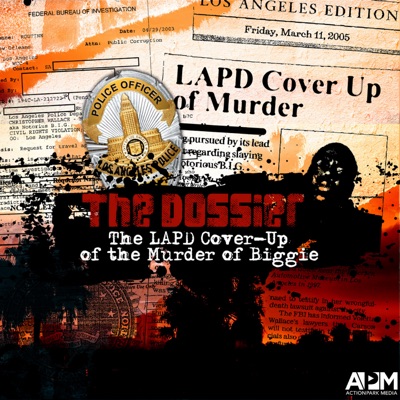 FBI Agent Phil Carson has held onto a secret for fifteen years, which will prove for the final time that there was a cover-up of the murder of Hip-Hop Superstar The Notorious B.I.G. by officials at the LAPD. Agent Carson is talking, and journalist Don Sikorski has the FBI Files to prove it. This ground-breaking podcast spans twenty years inside the underbelly of crime in the dark forces of the LAPD that used power and influence to hide the evidence and facts. LAPD Officers orchestrated the murder of Biggie Smalls.

The information contained inside The Dossier will shake the foundation of the LAPD and the City of Los Angeles, defining with evidence who shot and killed Biggie, but more importantly why the power players inside Los Angeles covered it up.
8 Episodes
Reverse 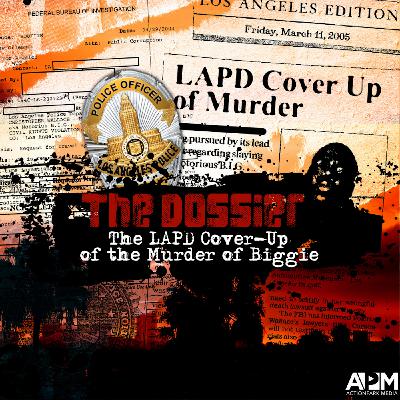 FBI Informant Mario Hammonds was deposed in San Quentin Prison by lawyer Rob Frank on behalf of Voletta Wallace during the civil trial against the LAPD. In the deposition, Hammonds implicates Suge Knight, Reggie Wright Jr, David Mack, and Rafael Perez in orchestrating the murder of Biggie. Journalist Don Sikorski reveals a hidden document created by LAPD's Internal Affairs that has detailed information that implicates both Mack and Perez in the murder of Biggie. Phil Carson discusses the implications of this document on the case moving forward.

Episode 7: The LA Times and the Murder of Biggie

Phil Carson explains how the LAPD used the LA Times as a tool in the cover-up. Pulitzer Prize-winning journalist Chuck Phillips has secrets buried to this day surrounding the murder of Biggie and his relationship with LAPD brass Mike Berkow. Exclusive audio from inside California's San Quentin Prison ties Suge Knight to David Mack, Rafael Perez, and Amir Muhammad.

FBI Agent Phil Carson completes his story about the operation to wire up FBI Informant Psycho Mike Robinson to meet with alleged triggerman Amir Muhammad. Former LAPD Homicide investigator Sergio Robleto was hired by Violetta Wallace and her attorney Perry Sanders. Robleto reveals information and evidence secured in the course of his own investigation during the civil trial, filed by Miss Wallace against the City of Los Angeles and the LAPD.

Phil Carson continues to break down his FBI investigation into the LAPD cover-up in the murder of Biggie. He goes in-depth about his FBI operation to wire Psycho Mike and confront alleged hitman Amir Muhammad. Richard Valdemar of the LA County Sheriff's Department connects the dots on who Psycho Mike was and why he was a trusted informant for the Sheriff's department and the FBI. Valdemar uncovers the relationship between Suge Knight, Reggie Wright Jr., and Amir Muhammad.

FBI Agent Phil Carson walks Don Sikorski through different layers of the LAPD Cover-Up and the connection between upper management in Police Chief Bill Bratton's operation at the LAPD. Phil Carson also connects journalist Chuck Phillips and the LA Times to the cover-up.

Episode 3: The Secret Files of the LAPD

Police Activist and LA insider Xavier Hermosillo goes on the record about investigative documents in the murder of Biggie that members of LAPD's Robbery/Homicide Division locked into a secret compartment at their offices. These files show proof that the LAPD covered-up the involvement of David Mack and Rafael Perez in the murder.

Prison Inmate Kenneth Boagni spent time in protective custody with former LAPD Officer Rafael Perez. While in jail Perez confessed to Boagni his involvement in the murder of Biggie. Boagni also describes the efforts of LA City Attorney Don Vincent to muzzle him and the information he holds.

Journalist Don Sikorski is able to track down FBI Agent Phil Carson, the only FBI Agent to ever investigate the murder of Biggie and the triangle of corruption of the LAPD, City Attorney, and LA Times. Phil Carson goes on the record for the first time.

FBI Agent Phil Carson has held onto a dark secret for fifteen years, which will prove for the final time that there was a cover-up of the murder of Hip-Hop Superstar The Notorious B.I.G. by officials at the LAPD, LA Times, and US Attorney. Agent Carson is talking, and journalist Don Sikorski has the FBI Files to prove it.
See More
Comments (8)

Based on Gene Deal's recounting of the events leading up to that fateful night, Puffy seems to be completely rewriting the narrative to shroud his influence on what happened.