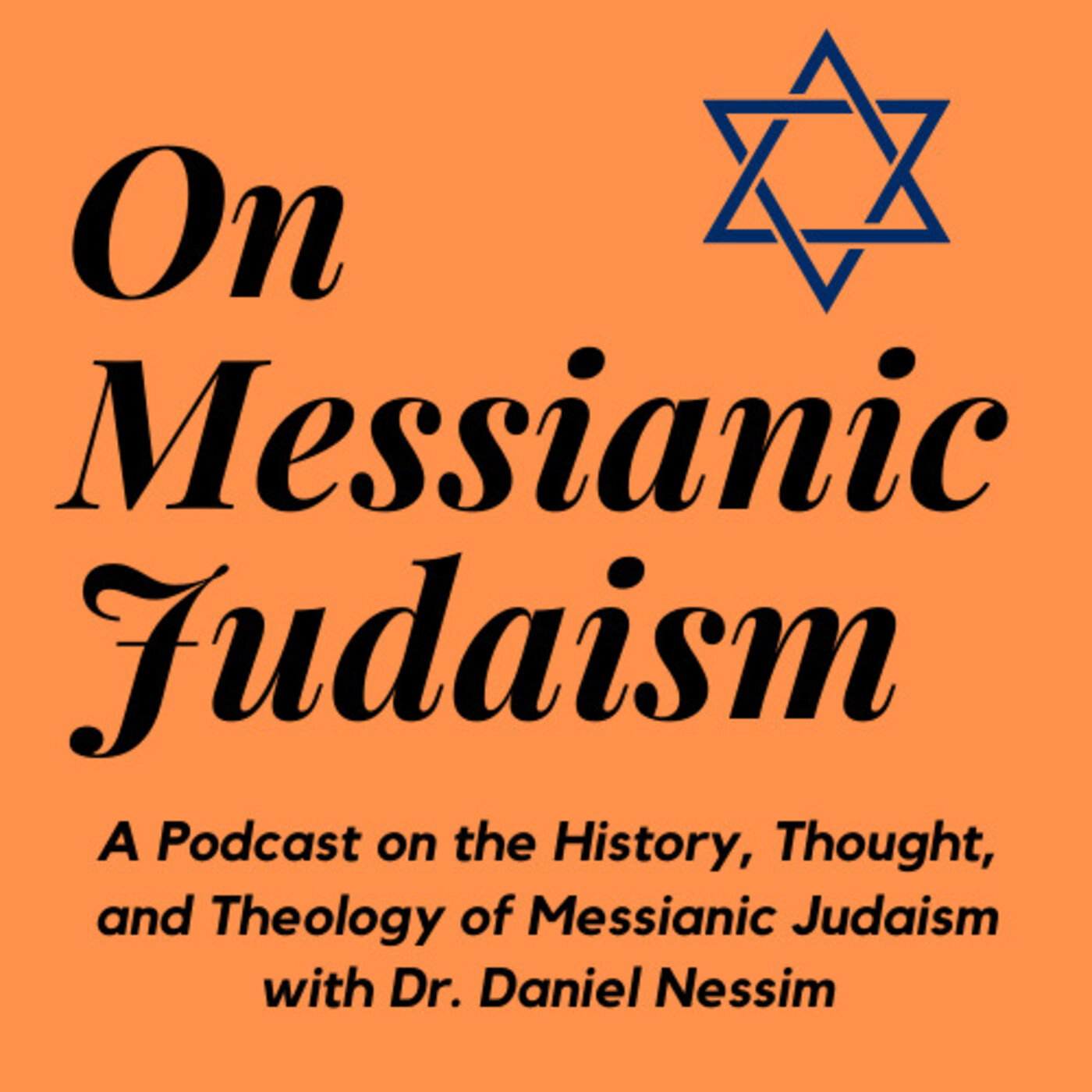 1: From Ezra to the Essenes: The Cradle of Messianic Judaism

What were the beginnings of Messianic Judaism? This episode begins the story with the Persian King Cyrus' decree sending 42,600 exiles back to Jerusalem and continues to show how events following Ezra's arrival in Jerusalem created the social and political world into which Yeshua was born.

2: The Days of Yeshua: The Religious Map of His World

3: Texts and Stories: What They Said About Messiah

In the year Yeshua was born, what were people saying about Messiah? What were they learning about him? What were they reading, and what were their hopes and what were their stories?Amidst all the complexity of Jewish life in Israel, religious and political ferment combined to produce a Messianic hope. Thus the first century witnessed “a remarkable outburst of Messianic emotionalism.”[1] That was the expectation of a Messiah, an anointed one, who would fulfill many expectations and hopes raised by the predictions of the prophets and Israel’s desire for freedom from foreign oppression. Today, Jewish and Christian scholars disagree about the kind of Messiah that Yeshua declared Himself to be, or even that He declared Himself to be the Messiah. The question that begs to be asked however, is whether Yeshua was the kind of Messiah that the people of His day were hoping for. [1] Abba Hillel Silver, A History of Messianic Speculation in Israel (Gloucester, Mass.: Peter Smith, 1926), 5.

What was the world like for normal people, and for Yeshua's family in the year that he was born? What were they thinking and what were their politics? This episode will tell the story of life for Miriam and Joseph in the year Messiah was born.

5: Messiah in the Making: Stories of His Youth

In this episode we tell the untold story of Yeshua's youth - a thoroughly Jewish and somewhat devout one. We also look at some interesting aspects of that. His toddlerhood in Alexandria, his youth in Nazareth, and his fascinating interaction with the teachers of His day in Jerusalem. Were they Hillel, Shammai, or Gamliel? We may never know! In all of this the history of Messianic Judaism begins to roll.

6: The Growth of a Movement: How Yeshua's Following Grew and Matured

How did the movement Yeshua led begin, how did it grow? How did it mature? Even more importantly, what were the seeds for what the movement would become? We have to step aside from 2,000 years of Christian theologizing and thinking, and see him as he was. We also need to look with the eyes of hindsight, and seeing him in his context we can see the deliberate steps he was taking to proclaim, establish, and ensure the perpetuation of the kingdom of God.

Coming into the final days of Yeshua’s life, who was he? Who did he say he was? Who did people think he was? Did he die as a revolutionary? Did he die because he questioned the religious establishment? Was there something in his teaching that was so objectionable that he had to be crucified? Did he die as a blasphemer? And who was it really who bore the responsibility for his crucifixion, and what happened to his followers after his death?

8: From Inward to Outward: The Resurrection of a Movement

Today we survey the pivotal days following Yeshua’s death that turned his followers from a defeated, introspective and scattered selection of individuals into an impassioned, outgoing and unified movement. Following the death of Yeshua, The movement that he had started went through a critical phase. It isn't just that the movement lost its founder. After all, the Essenes had lost their teacher of righteousness, and yet they were a significant force in Jewish Society, particularly in and around Jerusalem and in the wilderness of Judea. Messianic movements led by messianic pretenders who fostered rebellion against Rome were repeatedly extinguished, yet continually kept rising to the surface showing that there was a groundswell of support for them that would not be dissuaded by the death of any would-be Messiah and his followers. Without delving into an apology for the movement, we can ask: What were the key events that led to the crystallization of the Messianic, "Yeshuic," movement after Yeshua’s death? Why did Yeshua’s resurrection have such an impact on his followers?How did the new movement get its start?

The amazing events of Shavuot, with thousands immersed in Jerusalem’s mikva’ot as they acknowledged the Messiahship of Yeshua, attested to by the signs they were witnessing and the testimony of his resurrection, gave way to heady days for the early Messianic Jewish movement. In those days, the movement had no name, and apart from Yeshua’s followers – the eleven from his inner circle and the disciples, both men and women, associated with them – it had no formal leadership. According to Luke’s account, the primary catalyst of the movement was indisputably the injustice of Yeshua’s execution coupled with the vindication afforded by his resurrection once they accepted it. In the background were all the hopes of the Jewish nation which was yearning to be a free people in their own land, the land of Zion and Jerusalem.

We are now in the years 37–44 CE, after Stephen’s death and up to the beheading of Jacob (James), the Elder, the brother of John, one of the sons of Zebedee. In a few years, the new movement was becoming known not only in Jerusalem, but more and more, far afield. We have a problem of sources developing, in that it is hard to find much information on this period outside of the New Testament, but there is enough to corroborate and extend what we know from that account. Also, as we read the New Testament account, we are not looking at it as a history of early Christianity – Luke might have been aghast at what developed out of these early days. Rather, we are watching a movement develop that is fully expected to be under the guidance and teaching of the community in Jerusalem, in conjunction with Jewish teaching in general.

15: What They Said: Christian Writings and the Nascent Messianic Jewish Movement

In this episode we look at attitudes and prejudices apparent in Christian writings mainly between the Second Jewish War and the Council of Nicaea. As we take a look at the key authors in particular, we will see a continued hardening of Christian attitudes towards Jews, an increasingly strident supersessionism, and the increasingly difficult theologies and attitudes that Jewish disciples in Yeshua would have to deal with if they were to have any dealings with the majority church. In particular, we will look at Ignatius, Barnabas, Justin Martyr, Tertullian. This episode might seem to record the doom of the Messianic Jewish Movement, but have no fear. Future episodes will document their perseverance from other sources.

11: The First Messianic Jewish Establishment: From 45 to 67 CE

In this longer episode, we explore the mostly unexplored, the presence of Jewish disciples of Yeshua around the Jewish world between the time when Jacob (James) the brother of John and the outbreak of the first Jewish revolt when the disciples fled to Pella, east of the Jordan. In this episode we see the development of Messianic Jewish networks and communities in the homeland of the Jewish people, to the north towards Antioch, to the East towards Babylon, and to the South beyond Alexandria and into Africa. We note the travels of the twelve Shlichim (Apostles) throughout and beyond the Jewish world, but always to the Jew first. Furthermore, we not a couple of the factors that began to separate Jewish and Gentile disciples.

Don't mention the war!As Jews we have to mention the war. In this episode we take a look at the reasons for, and the inevitability of the First Jewish Revolt, given the inadequacies of Roman governance both in Judea and in Rome itself. We also explore the various types of responses to the revolt and how the nascent Messianic Jewish movement fit into the series of events. It truly was a tragic time, and we have to cover the tragic response of the greater non-Jewish church that made the tragedy the cause célèbre for its wholesale pivot to replacement theology, the fruits of which continue to be born even today.

In this episode we explore the lives and situations of Yeshua's Jewish followers in the period between the two great Jewish Wars, which ended in 70 and 135 CE respectively.  We ask and answer:Where did Jewish disciples of Yeshua live?Did they interact with other Jews? With Gentiles?Did they have communities of their own? And what were these communities like?What distinguished their beliefs and way of life from other Jews and Gentile Christians?What was the reaction of the Jewish and Gentile Christian worlds to them?  This is a critical period in the history of the Nascent Messianic Jewish Movement, and one that is vastly under-reported in both Jewish and Christian histories. You will enjoy quotations from both Jewish and Secular sources of the day, however, which tell us that this Movement was far from insignificant!

14: The Second Jewish War and the Birkat Haminim!

In this episode, we ask questions about the Second Jewish War, its "messiah" Bar Koziba, and its rabbi, Akiva.What made the revolt so inevitable?What made it such a milestone in Jewish, including Messianic Jewish, history?Did this war really cause a parting of the ways between Christianity and Judaism?What happened to the Messianic Jews who lived at that time – the Nazarenes, Ebionites, and others?And – were the Messianic Jews really singled out as heretics in the curse on the “minim”?
See More
Comments