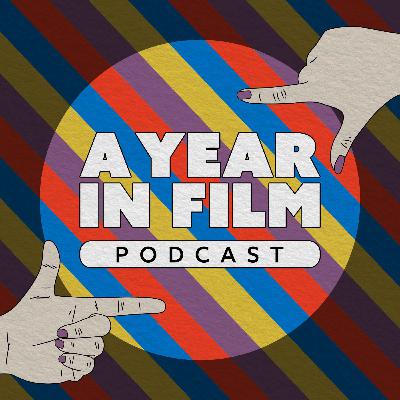 Sydney Urbanek hits the studio with Becky and Cam as they revisit two 1985 films that turned pop stars into movie stars: Desperately Seeking Susan (directed by Susan Seidelman, starring Madonna) and Mad Mad Beyond Thunderdome (directed by George Miller and George Ogilvie, starring Tina Turner ). Sydney is a freelance writer and editor based out of Toronto, and a contributing editor at Bright Wall/Dark Room. As a former graduate student in Cinema Studies, she writes mostly about things at the intersection of pop music and moving images, and especially how the music and film worlds are tangled together. Some of that writing happens in her newsletter Mononym Mythology, where she goes long on things like pop stars, MTV, and the visual album. Her work has otherwise appeared in CBC Arts, Billboard, the Guardian, Sight and Sound, and elsewhere. See acast.com/privacy for privacy and opt-out information.

It's zombie week as Becky and Alicia are joined by Thea Munster as they dig up 1985's Day of the Dead (directed by George A. Romero) and Return of the Living Dead (directed by Dan O'Bannon). Thea Munster, is a musician, coordinator of odd occurrences, vintage hearse driver and performer. Her love of the strange and unusual led her to create the Toronto Zombie Walk in 2003. As the first event of its kind it became an annual Toronto tradition, attracting thousands of people from all walks of life, and death. Thea has been featured in the documentaries Doc of the Dead, Dead Meat Walking, and most recently Raising the Dead on Hollywood Suite. Thea was also honoured with the role of a zombie in George A. Romero’s Survival of the Dead, the part of a medium in The Paranormal Show, and recently designed the costume and played the role of the blind dead knight in Chris Alexander’s latest film Scream of the Blind Dead. Thea continues to explore her passion for performance, horror and the otherworldly by cultivating her talent in music with a focus on the theremin. Her adeptness with the theremin has garnered her much attention. Thea performed at the Hendrick’s Gin hot air balloon lounge in the summer of 2018 and 2019, and her skills have been featured in Rue Morgue Magazine and on Rue Morgue TV in 2021. She has also added theremin and keyboard tracks to many albums created by artists around the globe and formed her own horror band, Night Chill. See acast.com/privacy for privacy and opt-out information.

Neon Cinema Club's Brendan Ross hits the gym with Becky and Alicia as they revisit two films that personify the '80s aerobics boom: Heavenly Bodies and Perfect. Brendan Ross is a Toronto-based film programmer, currently acting as host and curator of the Neon Dreams Cinema Club film series which he founded in 2015. He has programmed for various venues including The Revue Cinema, The Royal Cinema, and TIFF Cinematheque, and is an occasional podcast guest, content creator, and former film distribution guru. Learn more about Neon Dreams by visiting them on Instagram @neondreamscinema.  See acast.com/privacy for privacy and opt-out information.

On the first episode of our 1985 series, Becky, Cam and Alicia take flight with Disney's unofficial Wizard of Oz sequel and the first Sesame Street feature film to be released in theatres. See acast.com/privacy for privacy and opt-out information.

Becky and Cam are joined by writer, programmer and curator Carolyn Mauricette as they tackle the other two Pam Grier movies of 1973: Scream Blacula Scream and Black Mama, White Mama. Carolyn Mauricette is a Toronto-based Rotten Tomatoes approved critic, film writer, Programmer/Development Coordinator for the Blood in the Snow Film Festival and Director of Canadian Programming for the Fantasia International Film Festival. You can find her writing on her website View From the Dark and Hollywood Suite. She has written reviews and articles for the online and print editions of Rue Morgue Magazine and Grim Magazine and is a contributing author to The Encyclopedia of Japanese Horror Films and The Encyclopedia of Racism in American Films. Carolyn has produced talks on Afrofuturism for The Black Museum, Afrofuturism and Black women monsters for Fantasia Film Festival in 2020 and 2021. You can also hear her on Reely Melanated, a film podcast focusing on Black creators and performers, with her co-host Ashlee Blackwell.  See acast.com/privacy for privacy and opt-out information.

Becky, Alicia and special guest Lacey Novinka zoom in on two groundbreaking, women-directed films from 1973: Lina Wertmüller's Love & Anarchy, and Stephanie Rothman's Group Marriage. Lacey Novinka is a programming coordinator at Hollywood Suite and a recent graduate of Centennial College's Broadcasting program. She is incredibly passionate about film, and credits a screening of Luis Buñuel's Viridiana (programmed by Guillermo Del Toro at TIFF Lightbox) as igniting in her the wonder of cinema, and a lifelong obsession. See acast.com/privacy for privacy and opt-out information.

Author, editor and film critic Kat Ellinger takes Becky and Cam on a trip with two unreal films from 1973: Willard Huyck and Gloria Katz's Messiah of Evil, and Alejandro Jodorowsky's The Holy Mountain. Kat Ellinger is the Editor-in-Chief at Diabolique Magazine, and the co-host of their Daughters of Darkness and Hell's Belles podcasts. She has also written for BFI, Senses of Cinema, Fangoria and Scream Magazine, and provided various home video supplements, commentary (including Blue Underground's 4K Ultra HD version of Daughters of Darkness and Imprint's Bluray of Let's Scare Jessica to Death), liner notes, on camera interviews and audio essays, for a number of companies including Arrow Films, Kino Lorber, Indicator, Second Run and Cult Films. Kat is the author of Daughters of Darkness (Devil's Advocates, Auteur), and All the Colours of Sergio Martino (Arrow Films). See acast.com/privacy for privacy and opt-out information.

Anthony Oliveira hops on the bus with Becky and Cam as they travel back to 1973 to praise two beloved stage-to-screen adaptations: David Greene's Godspell and Norman Jewison's Jesus Christ Superstar. Anthony Oliveira is a National Magazine and GLAAD award-winning author, pop culture critic, and PhD living in Toronto. He is the film programmer for the Revue Cinema's Dumpster Racoon Cinema programme, and the host of the podcast THE DEVIL'S PARTY, examining christian poetry through a queer readership lens. His first novel, Dayspring, is forthcoming from Strange Light Press in 2023. See acast.com/privacy for privacy and opt-out information.

On the Season 4 premiere, Becky, Cam and Alicia dive into the carnal horrors of 1973 with the late Ivan Reitman's Cannibal Girls and Paul Morrissey's Flesh for Frankenstein (sometimes known as Andy Warhol's Frankenstein). See acast.com/privacy for privacy and opt-out information. 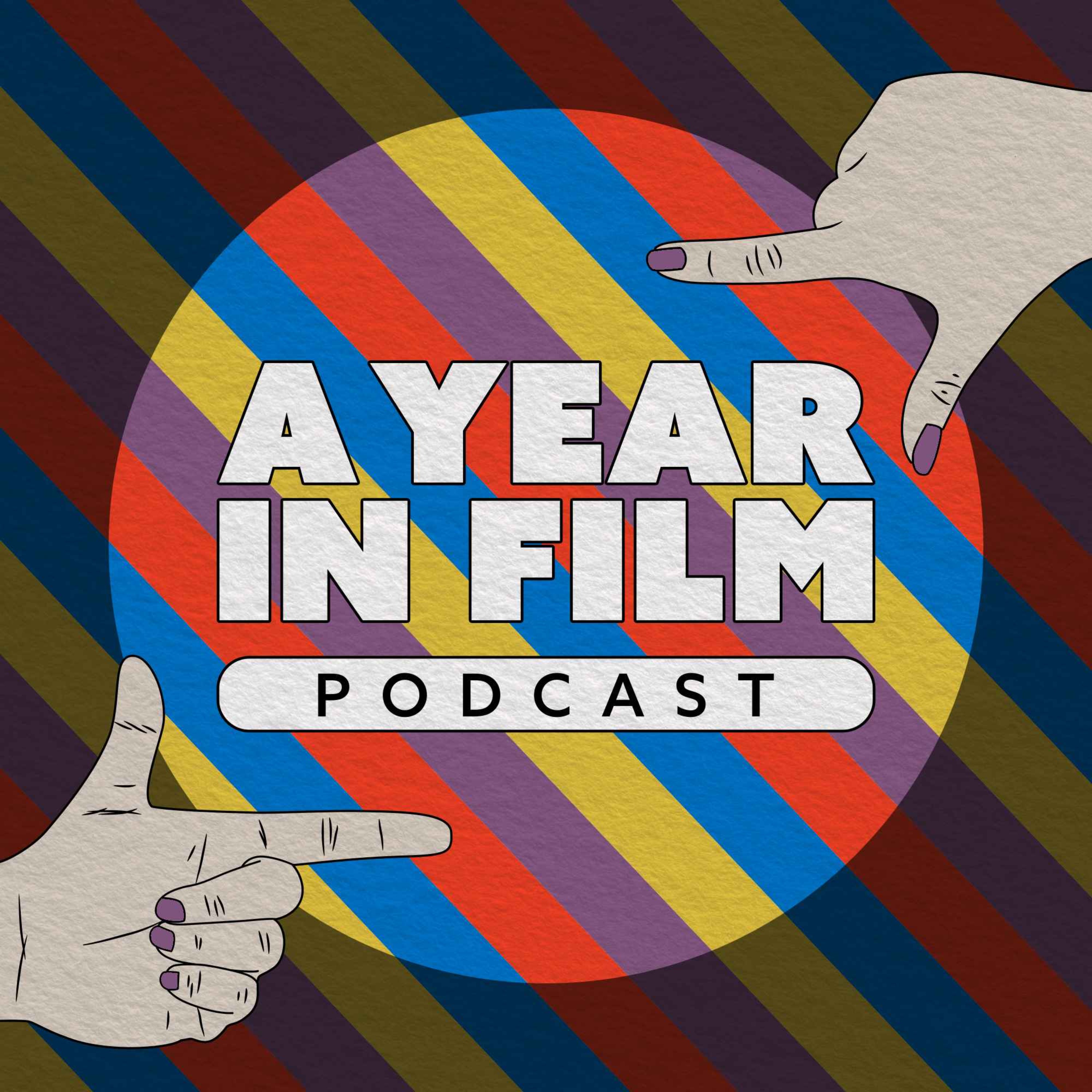 Ahead of the premiere on April 5, Becky, Cam and Alicia offer a sneak peek at what's in store for A Year in Film Season 4. See acast.com/privacy for privacy and opt-out information.

On the finale of Season 3, Becky, Cam and Alicia explore the dark corners of the land down under with Australian creepers The Proposition and Wolf Creek. See acast.com/privacy for privacy and opt-out information.

2005 — Pride and Prejudice & The Chronicles of Narnia: The Lion, the Witch and the Wardrobe: Books on Film (feat. Eastern Yoo)

Turn a new page with Becky, Alicia and Eastern Promises programmer Eastern Yoo as they rediscover modern book-to-screen classics Pride and Prejudice and The Chronicles of Narnia: The Lion, the Witch and the Wardrobe. See acast.com/privacy for privacy and opt-out information.

Follow Becky, Cam and special guest Adam Nayman as they investigate 2005 neo-noirs Brick (directed by Rian Johnson) and Kiss Kiss Bang Bang (directed by Shane Black). Adam Nayman is a contributing editor for Cinema Scope and writes on film for The Ringer, Sight and Sound, Reverse Shot, and Little White Lies. He has written books on the Coen Brothers, Paul Thomas Anderson, David Fincher (forthcoming), Showgirls, and the films of Ben Wheatley. He lectures on cinema and journalism at the University of Toronto and Ryerson University. Twitter: @brofromanother. See acast.com/privacy for privacy and opt-out information.

2005 — Wallace and Gromit: The Curse of the Were-Rabbit & Corpse Bride: Stop-Motion Renaissance

On the first episode of our 2005 series, Cam, Alicia and Becky carve out their opinions on stop-motion animation flicks Wallace and Gromit: The Curse of the Were-Rabbit and Corpse Bride. See acast.com/privacy for privacy and opt-out information.

Dive deep on early 2000s horror as Becky, Cam and special guest Trevor Henderson dare to revisit British creature feature The Descent and Japanese found footage fest Noroi: The Curse. Trevor Henderson is an illustrator and writer based in Toronto, Canada. He graduated from the Ontario College of Art and Design in 2010, and has been making ghosts and monsters ever since. He loves to create horrific online urban legends, ghost photos, and depictions of horrific cryptids for various clients. See acast.com/privacy for privacy and opt-out information.

Norm Wilner (Someone Else's Movie podcast) joins Becky and Alicia as they explore two historical epics from iconic directors released in 2005: Ridley Scott's Kingdom of Heaven and Terrence Malick's A New World. A lifelong Torontonian, Norman Wilner became the senior film writer for NOW Magazine in early 2008. Previously, he had reviewed films for Metro newspapers across Canada, and covered every video format imaginable (yes, even Beta) for the Toronto Star column from 1988 to 2006. His byline has appeared in Cinema Scope, Montage, Marquee and even The Hollywood Reporter that one time. You may also remember him from his appearances as a critic and commentator on any radio or television program that will call him. He’s also the host of the Someone Else’s Movie podcast, which is really good and you should listen to it. He served as secretary and vice-president of the Toronto Film Critics Association from 2008 to 2016; in 2009, he was a member of the features jury for Canada’s Top Ten. A member of the international film critics’ organization FIPRESCI, he’s sat on festival juries in Toronto, Montreal, London, Vienna and Palm Springs. He lives in Little Italy, just a short walk from two coffee shops, three sandwich shops and one movie theatre. See acast.com/privacy for privacy and opt-out information.

Let the games begin as Brendan Ross joins Becky and Cam as they close off their 1997 series with a truly thrilling double bill. Brendan Ross is a Toronto-based part-time film programmer and full-time Debra Winger enthusiast. Host of the Neon Dreams Cinema Club retro film series since 2015, he also launched the covid-friendly Neon Streams virtual cinema to both recreate the theatrical experience at home and raise money for various charities. Learn more about Neon Dreams by visiting them on Instagram @neondreamscinema.  See acast.com/privacy for privacy and opt-out information.

Travel to galaxies far, far away with Becky, Alicia and special guest (and horror expert!) Robyn Citizen as they take another look at 1997 space odysseys Event Horizon and Alien Resurrection.Robyn Citizen, PhD, is the Senior Manager of Festival Programming at the Toronto International Film Festival. Before joining TIFF’s programming team in 2018, she was a film lecturer at the University of British Columbia from 2012 to 2017, during which she created the course Asian Horror Cinema. She has published essays in edited volumes and film journals, programmed for the Human Rights Film Festival and served on local and international film festival juries. Recently, she wrote chapters in the edited volumes Jordan Peele’s Get Out: Political Horror, The Routledge Companion to Cult Cinema and the forthcoming, The Horror That Haunts Us: Nostalgia, Revisionism and Trauma in Contemporary American Horror Chapter.  See acast.com/privacy for privacy and opt-out information.