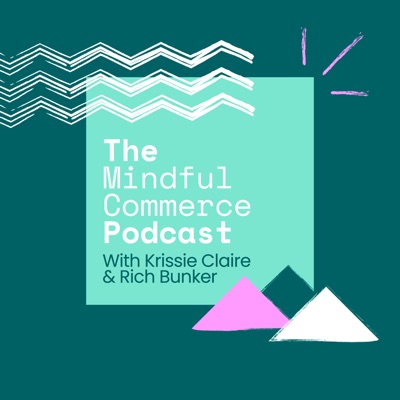 This is not your average podcast. This podcast is for mindful e-commerce entrepreneurs who want to make a difference in the world.

We discuss the role of e-commerce and how it can be improved to better protect our natural world. We will chat openly and honestly to leaders in e-commerce: brands, merchants, tech solutions, web agencies and freelancers who are on a journey to make change.

With the global increase in demand in e-commerce: with billions of online stores selling and shipping products around the globe, this shift to online sales is a big contributor to climate change. We have one common goal - to build awareness of the social and environmental issues in e-commerce but most importantly to discuss the ways in which we can improve this and be better - together.

We have an opportunity, through education and awareness to influence shoppers, merchants, tech developers and associated industries to be mindful of our environment, social impact and reduce demand on natural resources.

So, here we are! Welcome to the MindfulCommerce podcast.
12 Episodes
Reverse 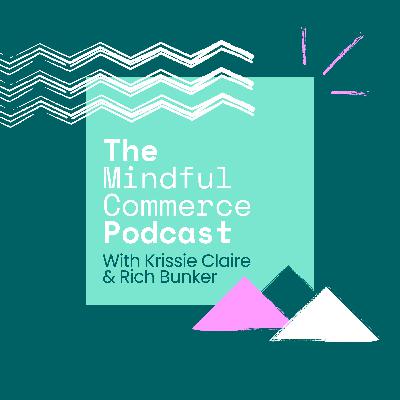 #010 The Perfect Blend: Find Your Why, Grow Your Ecommerce Business & Maintain Your Mental Health

Today we are talking to Adam the CEO and Co-founder of Blend Commerce - a Shopify agency specialising in turning ideas into reality. Blend are driven by success, with a mission to help Shopify entrepreneurs achieve significant and sustainable growth. Blend Commerce’s Motto is Clarify. Create. Convert. Which we will go into more detail on in the show! We also touch upon finding your why with Simon Sinek's approach, the 4 hour work week with Tim Ferris' method and whether it's really possible or if we even want that! All of this plus some chat about mental health and ensuring we protect ourselves when we start to experience business growth.

Krissie chats to Katie Boothby-Kung from Shopify's Social Impact Team. Katie is doing lots of incredible work at Shopify and we wanted to chat about it here on the podcast to inspire others to follow in Shopify's footsteps. I'm a huge fan of Shopify and what they're doing so I'm extremely excited to share this chat with you.

#008 Does the World Need MoreTrees?

This is a very raw and real conversation and self reflection - I really hope this helps even just one person. I explore the connection with experiencing bullying at a young age and the journey to becoming a business owner and entrepreneur. I also talk a bit about my upbringing, my parents, my boyfriend and how surfing saved my life and how this led to where I am today. 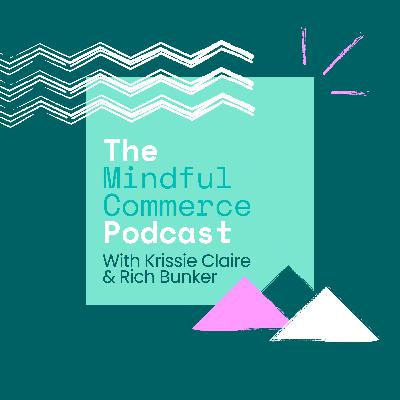 #007 Measure and Reduce Your Carbon Footprint as a Shopify Developer

Today, we are talking to Gavin from Discolabs who make things possible on Shopify plus through custom development. They're a team with deep platform knowledge and world class expertise on Shopify plus, and have a list of happy clients. We got them on the show to talk about their carbon report - diving into the inspiration behind it and how you can do the same.

Today, we're talking to Tom from Noughts and Ones: a Shopify agency working with purpose-driven ecommerce brands who want to make a meaningful impact online. We love their advocacy for a better world, their passion for Shopify and sustainable commerce.

#004: The intersection of ecommerce, sustainability & the luxe market

This week we are SO happy to share our conversation with the extremely wonderful Lucy Roberts, of Reverie The Boutique and Shopify Plus Agency, Brave The Skies. In this episode, we explore the intersection of e-commerce, sustainability and the luxe market. And yes - the three are totally compatible!

#003: How environmentally friendly is the digital world? With Gerry McGovern

In this episode I, (Krissie), talk to Jan from CarbonClick - a carbon offsetting platform that makes it easy to add carbon offsets to the checkout. We talk about how e-commerce merchants and their customers can offset their carbon footprint and why CarbonClick feels this is important.

In this episode I, (Krissie), talk to Saskia and Nico from HeyLow - a creative studio designing and building low-carbon brands. We talk about the disturbing fact that the internet is dirty and every website has a digital carbon footprint. Saskia and Nico reveal some quick and long term wins to create a low carbon brand and website - this episode is fascinating and might completely change your mindset about the internet!

An introduction to the MindfulCommerce Community Podcast!
See More
Comments