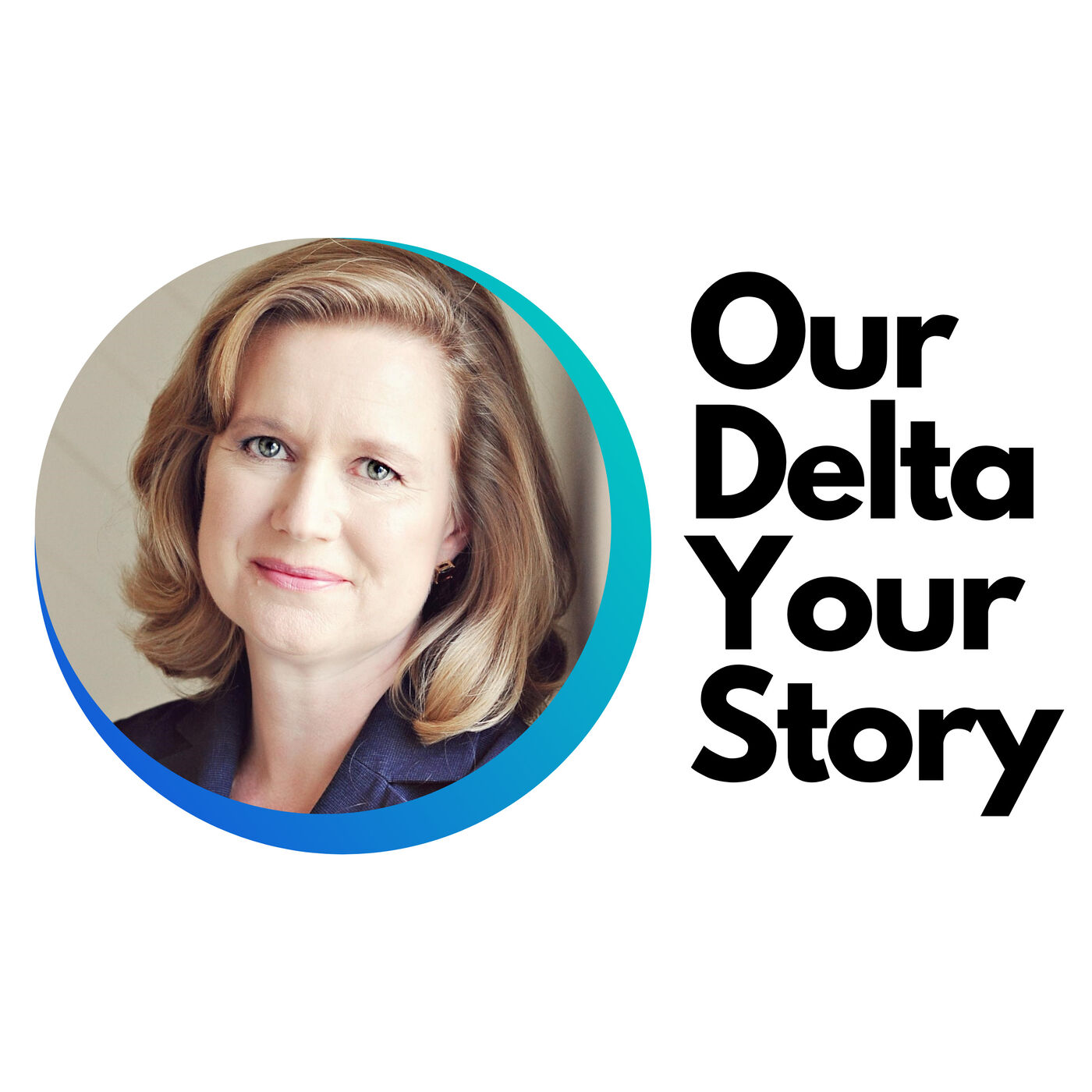 Host Garry Shearer speaks with Laura Dixon, five-term trustee for the Delta School District and longtime volunteer and community advocate. Laura attests that her career was inspired by her parents—both educators. For Laura, being present and available for our Delta community is key to ensuring the well-being of students and their families. Garry and Laura also discuss the immense challenges the School District has faced in sustaining the integrity of students’ academic experience during the tumultuous onset of the pandemic. Laura explains the intricate ripple effect, in business or in social life, that quarantined students can cause across a community. She also examines the complex support that students will need in a post-pandemic reality.  Music: "Growing Chorus" by Terry Munday 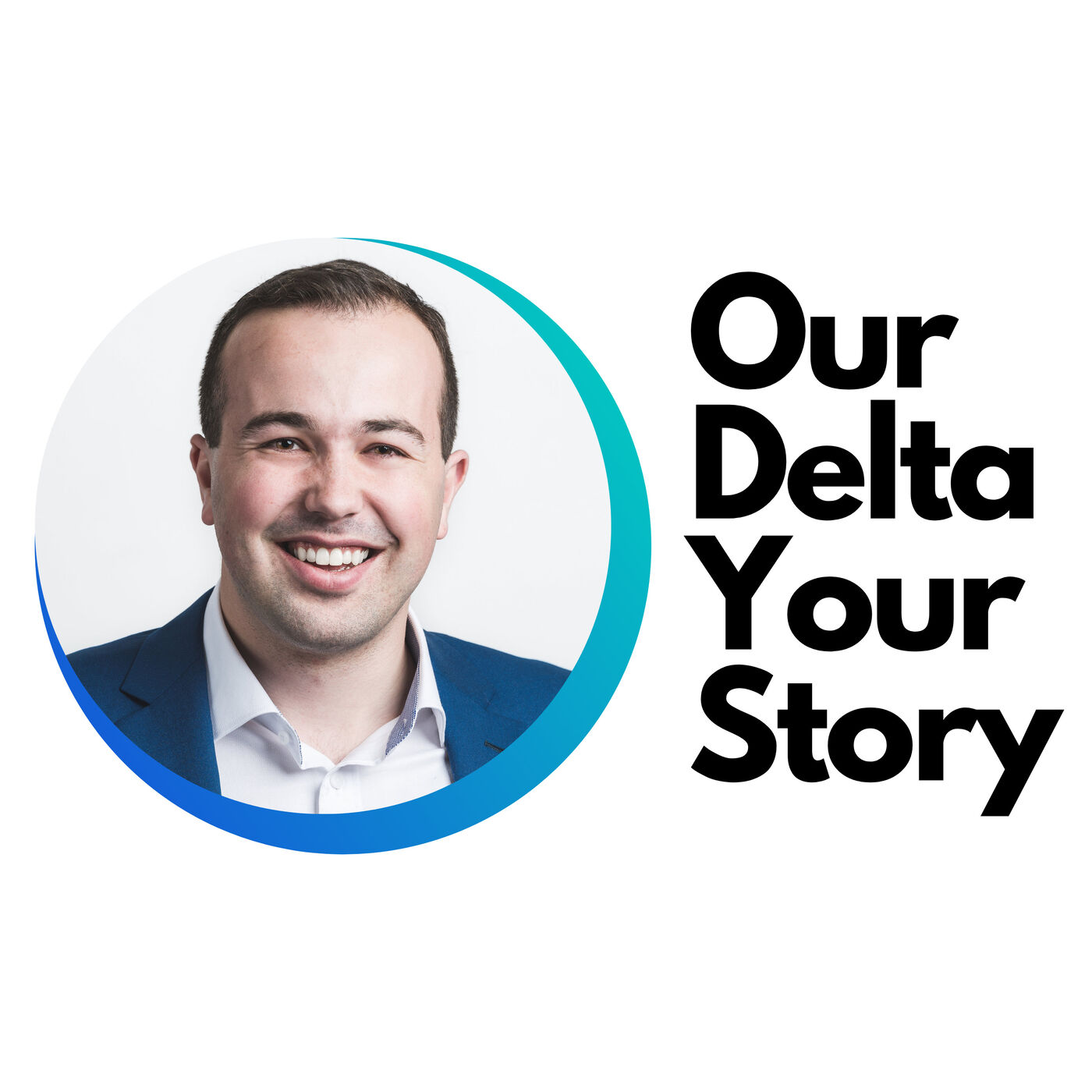 The Road Ahead for Delta | Episode 13 – Dylan Kruger

Host Garry Shearer talks with Dylan Kruger, the youngest elected councillor in the City of Delta’s history. With experience in both federal and provincial levels of government, Dylan is vehement in resolving the housing conflict between young families and seniors in order to safeguard Delta’s prosperity for generations to come. Born and raised in Delta, Dylan calls upon fellow Deltans to fight against stagnation through forward-looking decisions on affordable housing. Community longevity is not a sure thing, and Dylan is adamant that Delta must adapt for the well-being of ourselves and the local economy. Garry and Dylan also discuss the joys of dog ownership as well as the importance of responsible park use by pet owners. Dylan’s resolve is an inspiration for us all to take action today to ensure an equitable tomorrow.  Music: "Growing Chorus" by Terry Munday 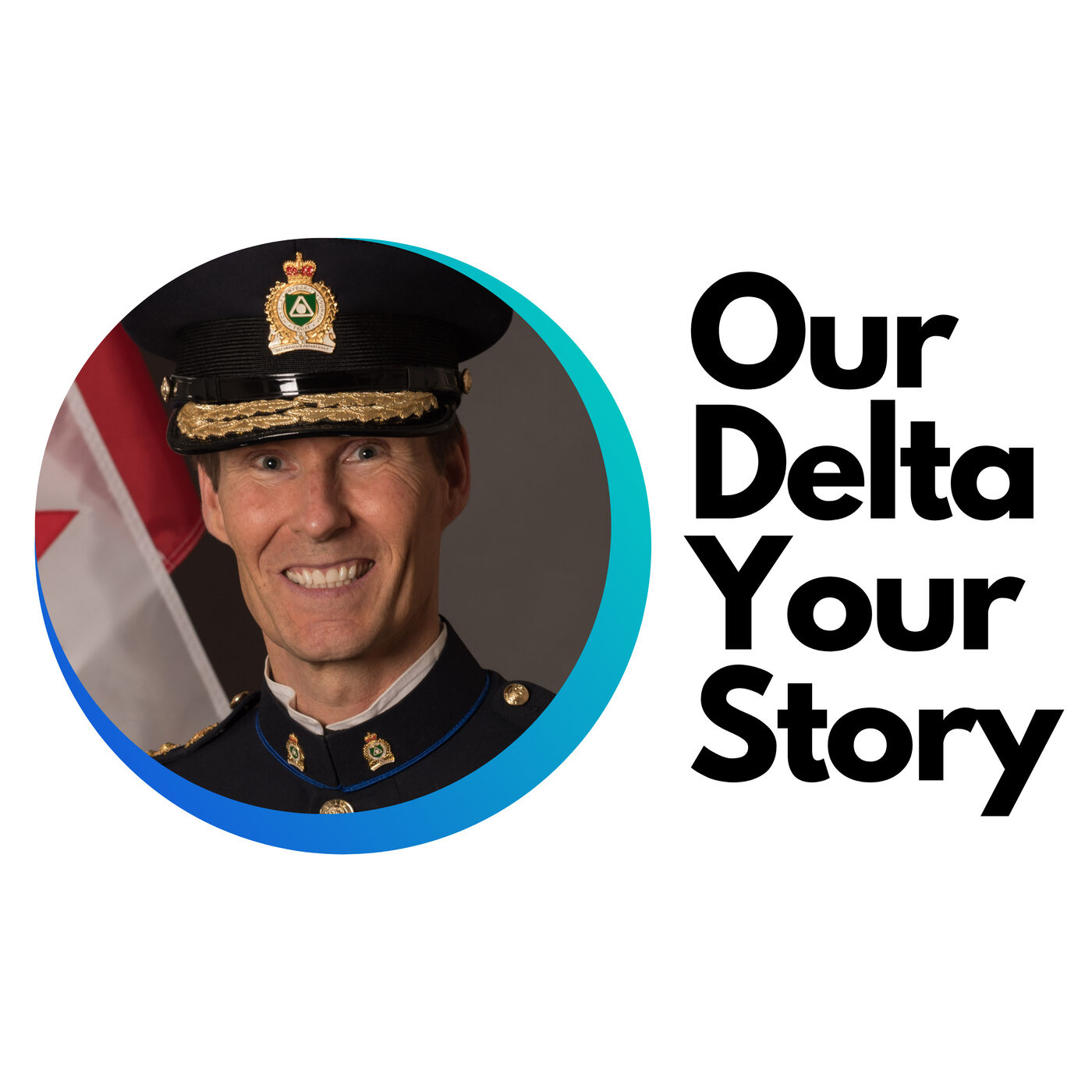 Host Garry Shearer is joined by Delta Police Chief Neil Dubord to relay his path in policing. From his start with the neighbourhood foot patrol in Edmonton to chief of the Metro Vancouver Transit Police to now chief of the Delta Police Department, he determined that community integration was an absolute necessity. In fact, Chief Dubord’s illustrious career was inspired through community, being encouraged by his neighbour years ago. It was these formative experiences that cemented Chief Dubord’s commitment to community. He unpacks the nuanced tactics behind policing and the ingenuity required to protect others. Chief Dubord also discusses his transformative podcast Bend Don’t Break and the work he and his resilient team are doing to destigmatize mental health. Undaunted, Chief Dubord later delves into the turbulent controversy that surrounds policing globe wide—he is adamant in using this historic period to listen and to take appropriate action to ensure Delta’s continued security and wellbeing. Music: "Growing Chorus" by Terry Munday 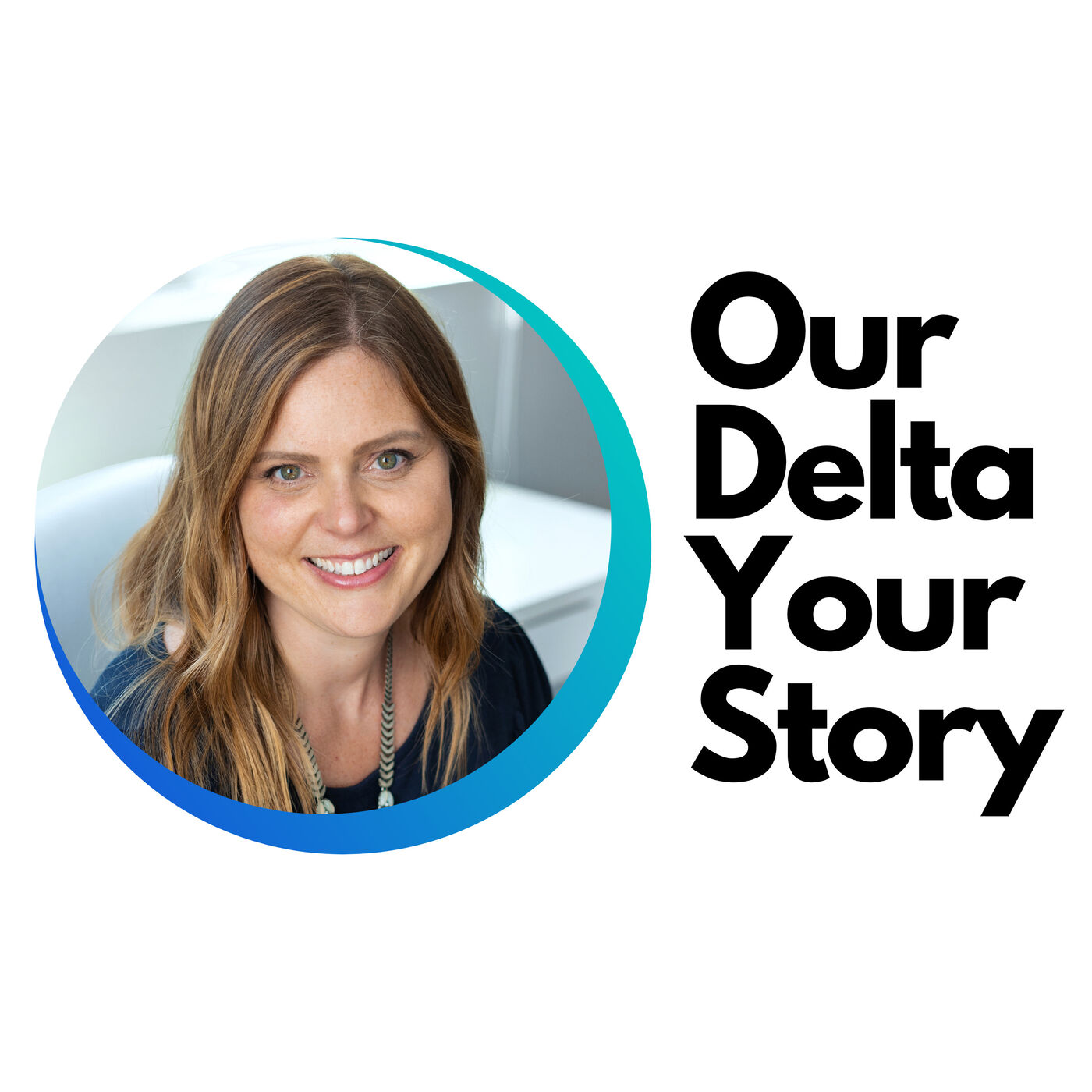 Host Garry Shearer sits down with naturopathic doctor Lisa Ghent, founder of COLLABORATIVE WELLNESS, to elucidate the role of naturopathy as a holistic companion to mainstream medicine. Experiencing her own struggles with fertility, Dr. Ghent set out to make detailed and empathetic care her mission as she left behind her former profession to instead train as a naturopathic doctor. Alongside her pursuit of reliable, quality care, Dr. Ghent is also pushing the envelope for how health clinics are conventionally managed. For Dr. Ghent, the harmony between clinic and patient wellness is critical. The path toward naturopathy embedded a fervent desire to create meaningful change and robust recovery for every individual that steps into her clinic. Every problem matters. Every story matters. You just have to take the time to listen. Music: "Growing Chorus" by Terry Munday 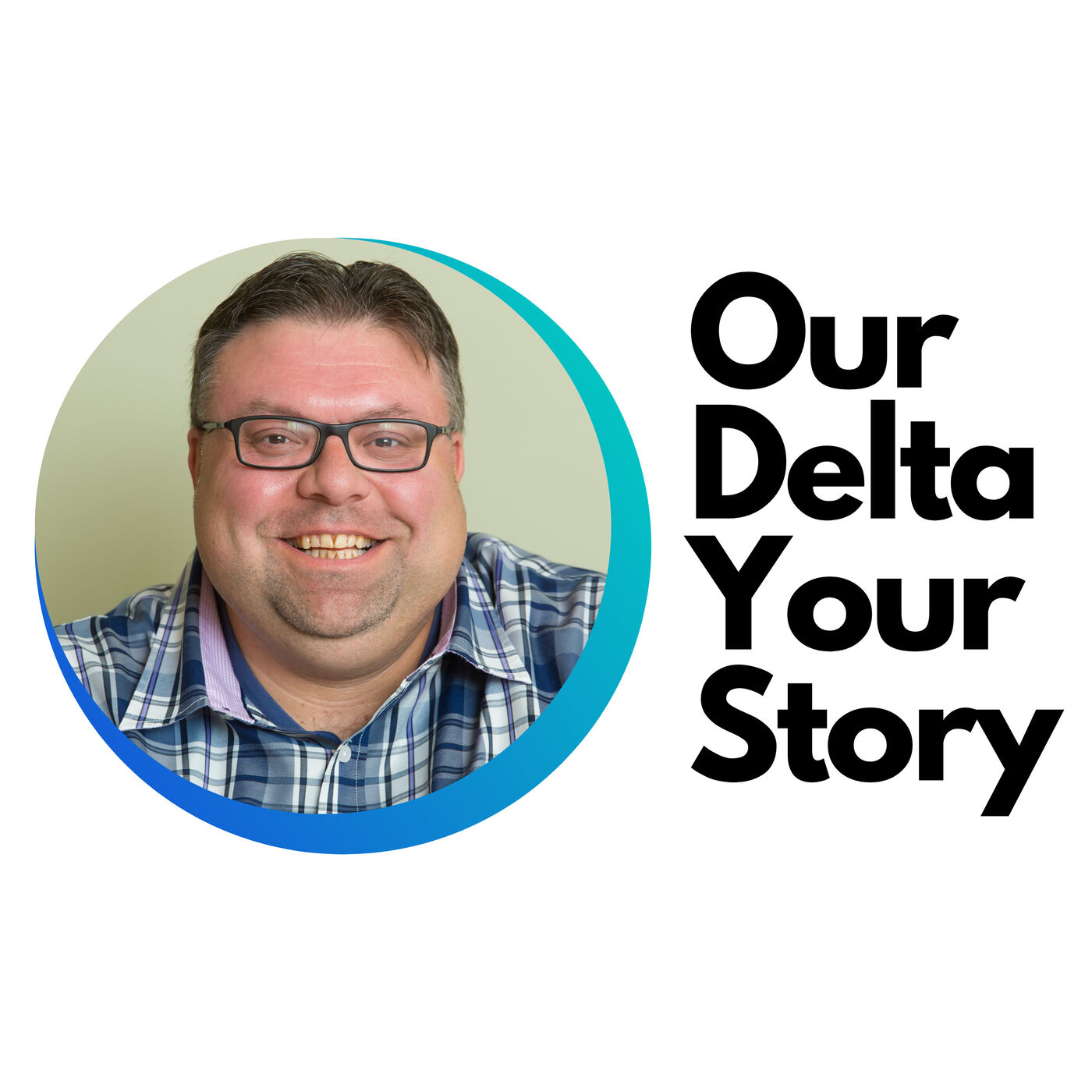 Host Garry Shearer is joined by Ian Jacques, editor of the DELTA OPTIMIST, to illuminate one of Delta, BC’s key storytellers. The tables have turned as the journalist now recounts his own story of success and struggle. During this discussion, Garry picks Ian’s brain on the craft of reporting and the industry's transition from print to digital. With a deep-seated upbringing in news and media, ink runs through Ian’s veins, and he asserts that our community is the heart of the Optimist. For Ian, authentic journalism and community involvement are one and the same. As such, the pandemic has introduced a challenge for Ian and his team in reading the body language of the individuals they interview. Virtual communication is limiting, but the acumen of Ian and company has enabled them to sustain their journalistic integrity. And there has never been a more important time to tell Delta's story.Music: "Growing Chorus" by Terry Munday 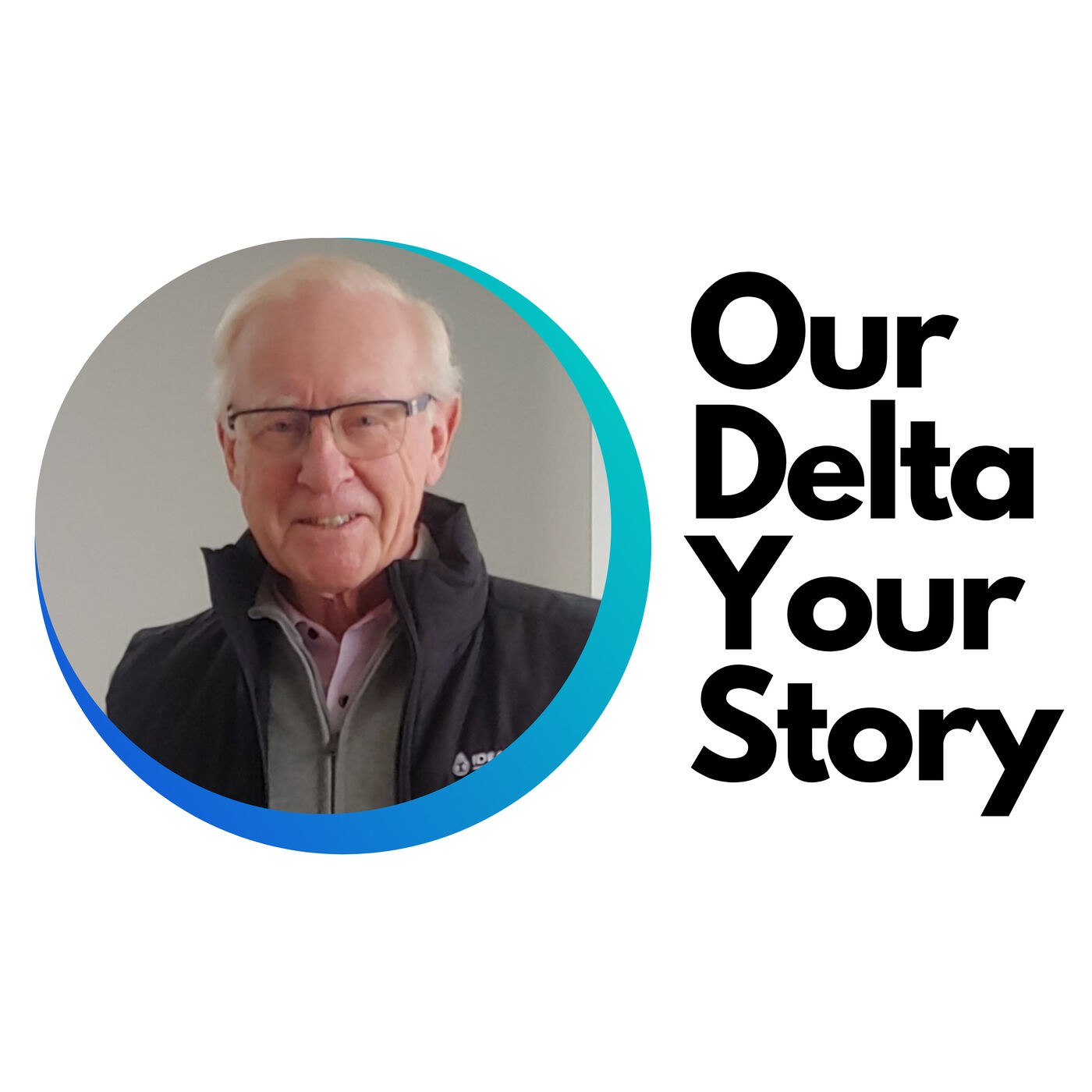 Host Garry Shearer chats with Jim Longo, founder and president of IDEAL WELDERS, to recount Jim’s passion for welding that forged the 50-years-strong business he manages to this day. Jim is a champion for hands-on work and the cardinal purpose it brings to those who commit to it. Garry and Jim also discuss the paramount need for supporting the trades and keeping Canadian jobs top-of-mind. The steadfast expansion of Ideal is a testament to Jim’s wit and veracity as a leader. He grew the company from a one-man–one-truck operation to now boasting over 220,000 square feet of facilities with infrastructure development for Expo 86 and the 2010 Winter Olympics under its belt. With major projects still on the go, Jim Longo shows no signs of stopping—and how could he? He loves what he does.Music: "Growing Chorus" by Terry Munday 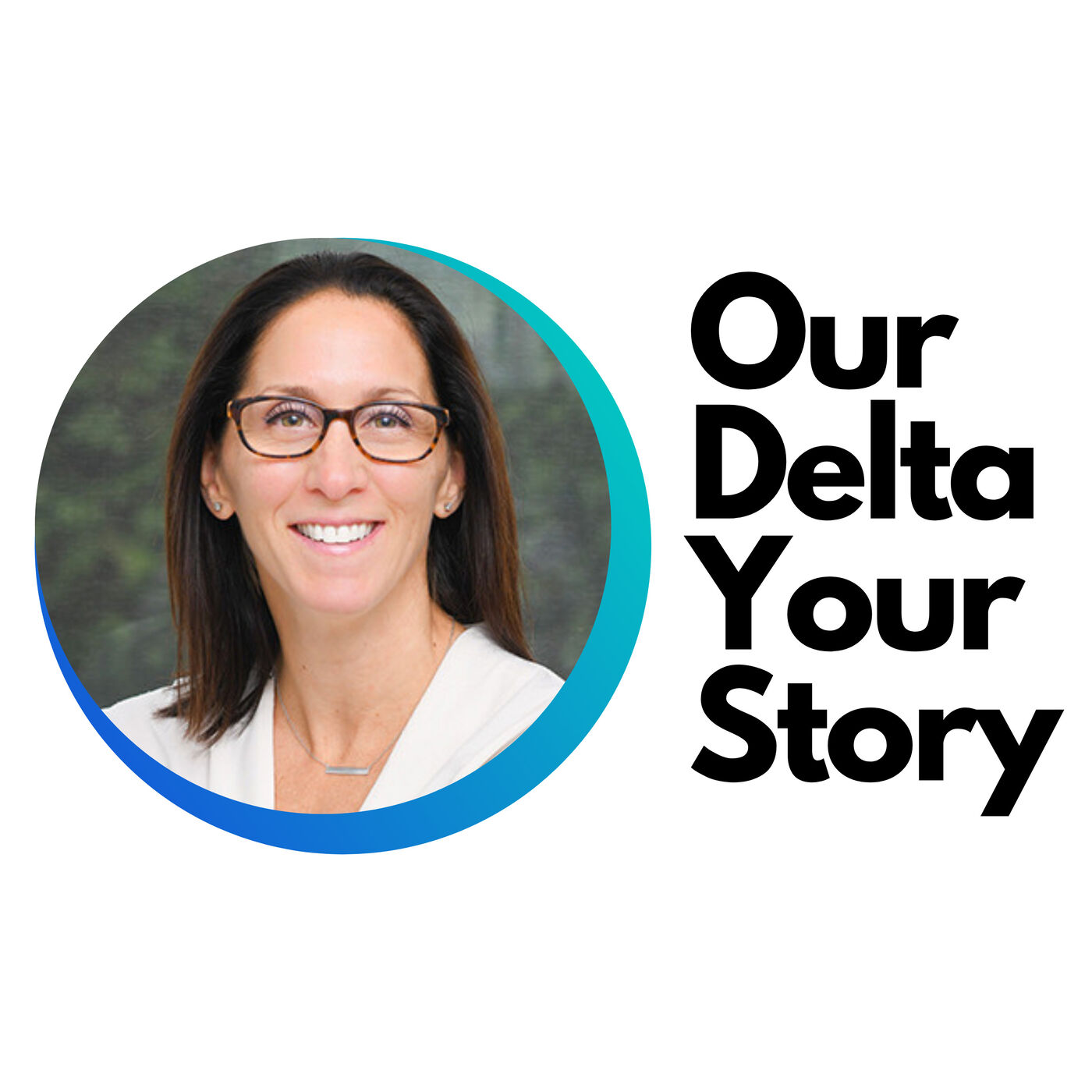 Host Garry Shearer is joined by Angela McGregor, founder and CEO of INDALMA CREATIVE, to celebrate the dedicated mentors who incited her career in brand design. Angela takes us behind the scenes of client-designer partnerships and the foundation of trust that must be made before telling their story. She recounts the fruitful collaborations she has had throughout her resolute profession, including Barnside Brewing Co. and Kemp Construction (to name only a couple). Angela also reflects on her experience of being a work-from-home entrepreneur while raising children. The care and attention she affords to both is truly awe-inspiring. Music: "Growing Chorus" by Terry Munday

Host Garry Shearer is joined by Ken Malenstyn, general manager of BARNSIDE BREWING CO., to disclose Barnside's collaborative conception by four long-standing farm families. Ken’s experience with marketing and video production enabled him to keep storytelling front and center, recognizing that an authentic brand story rooted in community would ensure Barnside’s longevity—no matter the hurdle. And what better way to prove that than by opening shortly before a pandemic. Ken's story reinforces the adage, "you reap what you sow," and at Barnside Brewing that stance on quality is taken quite literally. Music: "Growing Chorus" by Terry Munday 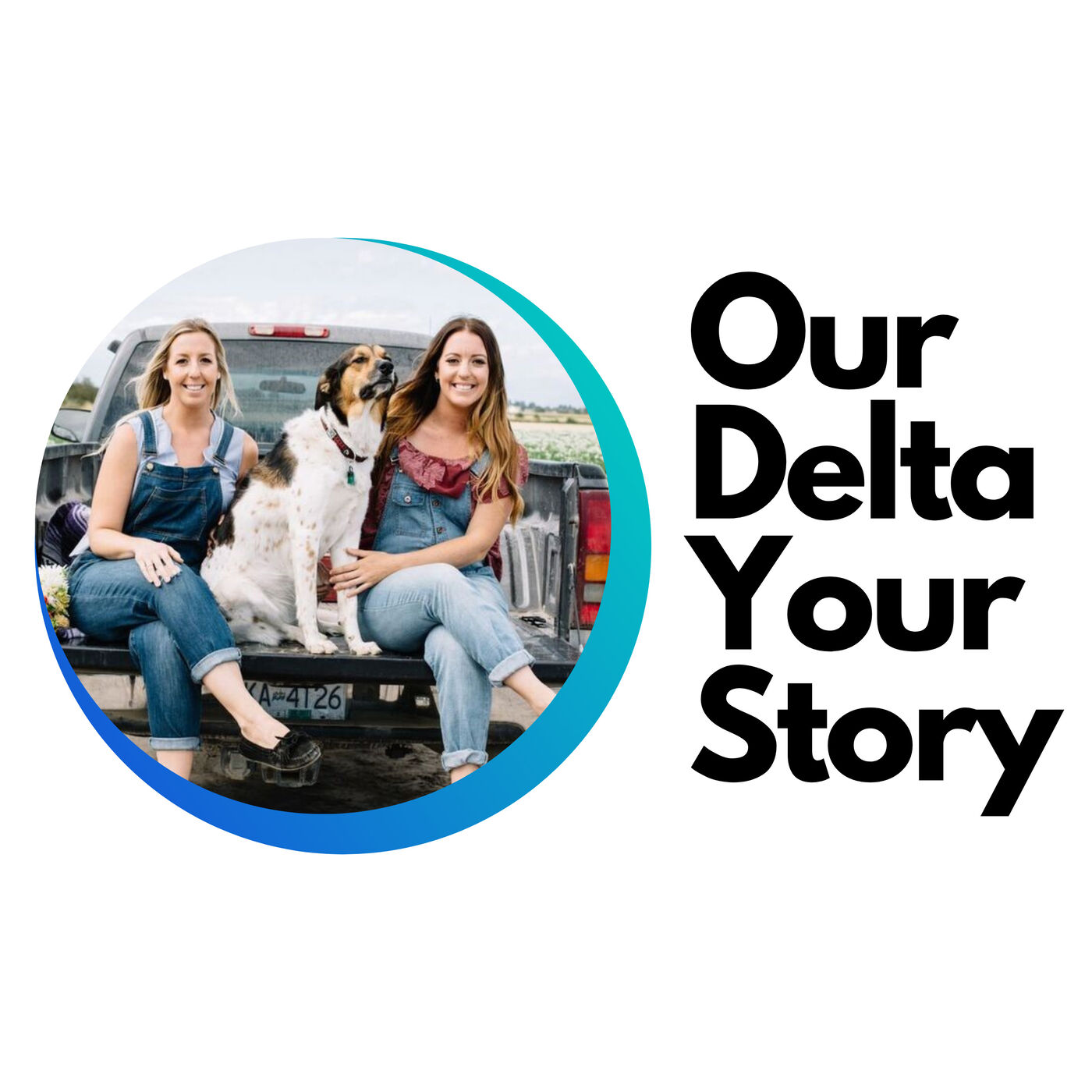 Host Garry Shearer chats with Danielle and Alicia Guichon, owner-operators of BACKROADS FAMILY FARM MARKET, to reflect on how branching off returned them to their roots. These sisters found that the purpose they had searched for was waiting back at home. During this lively banter, Garry pulls back the curtain to reveal how these entrepreneurs manage the juggling act of their dynamic careers—the revelation will leave you no less stunned. The Guichons remind us of the value of collaboration and that a challenge is always an opportunity.Music: "Growing Chorus" by Terry Munday 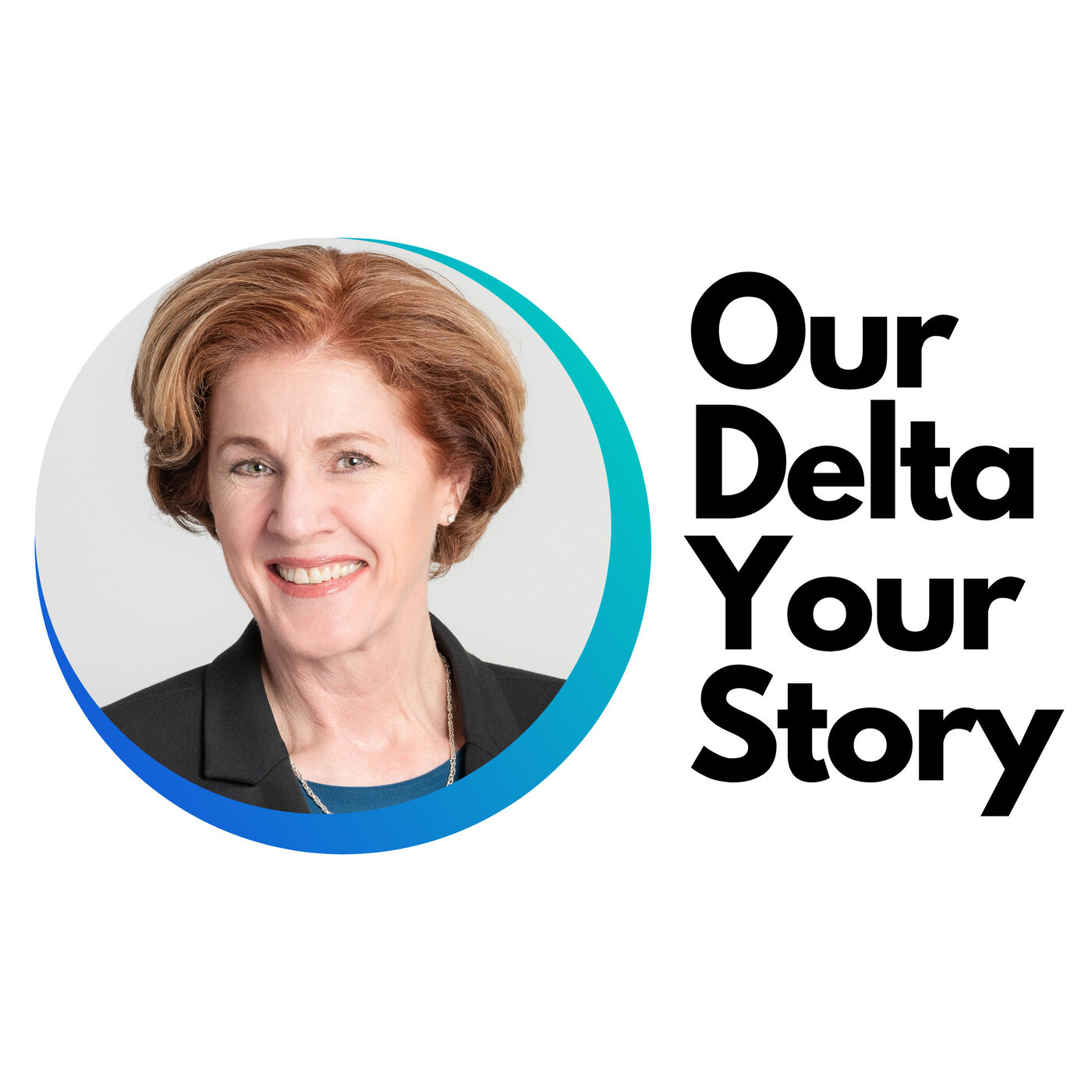 Host Garry Shearer is joined by Yvonne Anderson, founder and CEO of SANTEVIA WATER SYSTEMS, to uncover the impetus of her vivid career and the humanitarian path she is on today. Her story is a model of hope for ambitious entrepreneurs yearning to make their mark. Yvonne also discusses the overlooked influence of clean drinking water and the strides her company is making to improve quality of life both at home and overseas.Music: "Growing Chorus" by Terry Munday 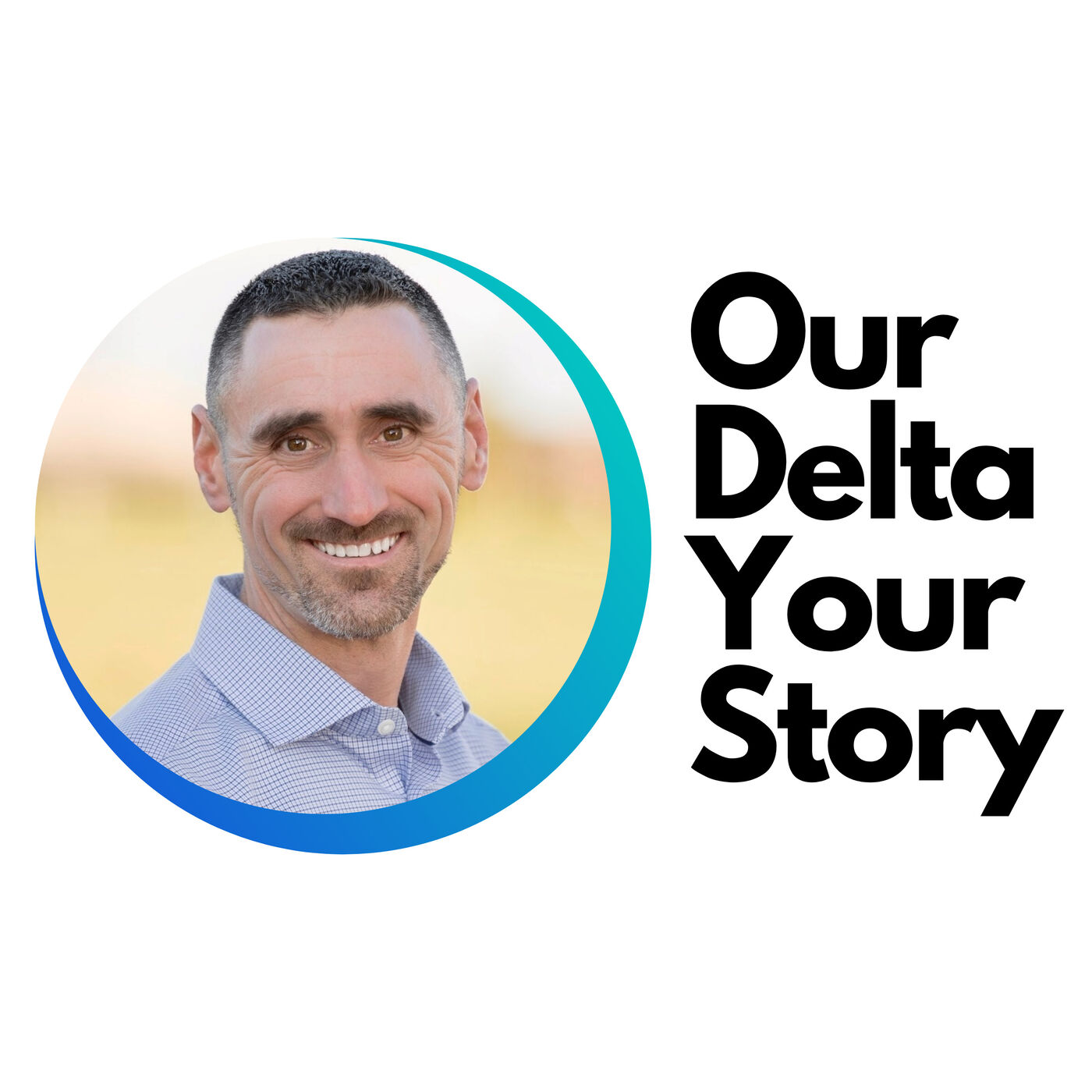 Host Garry Shearer sits down with Steven Stark, CEO of TSAWWASSEN SHUTTLES and political leader for the Tsawwassen First Nation, to delve into the complex trials Steven has faced from childhood to adulthood, overcoming physical ailments, abusive parents, and drug addiction—all of which Steven attests to creating the leader he is today. This story reaffirms that there is meaning behind hardship, purpose through resiliency. Music: "Growing Chorus" by Terry Munday 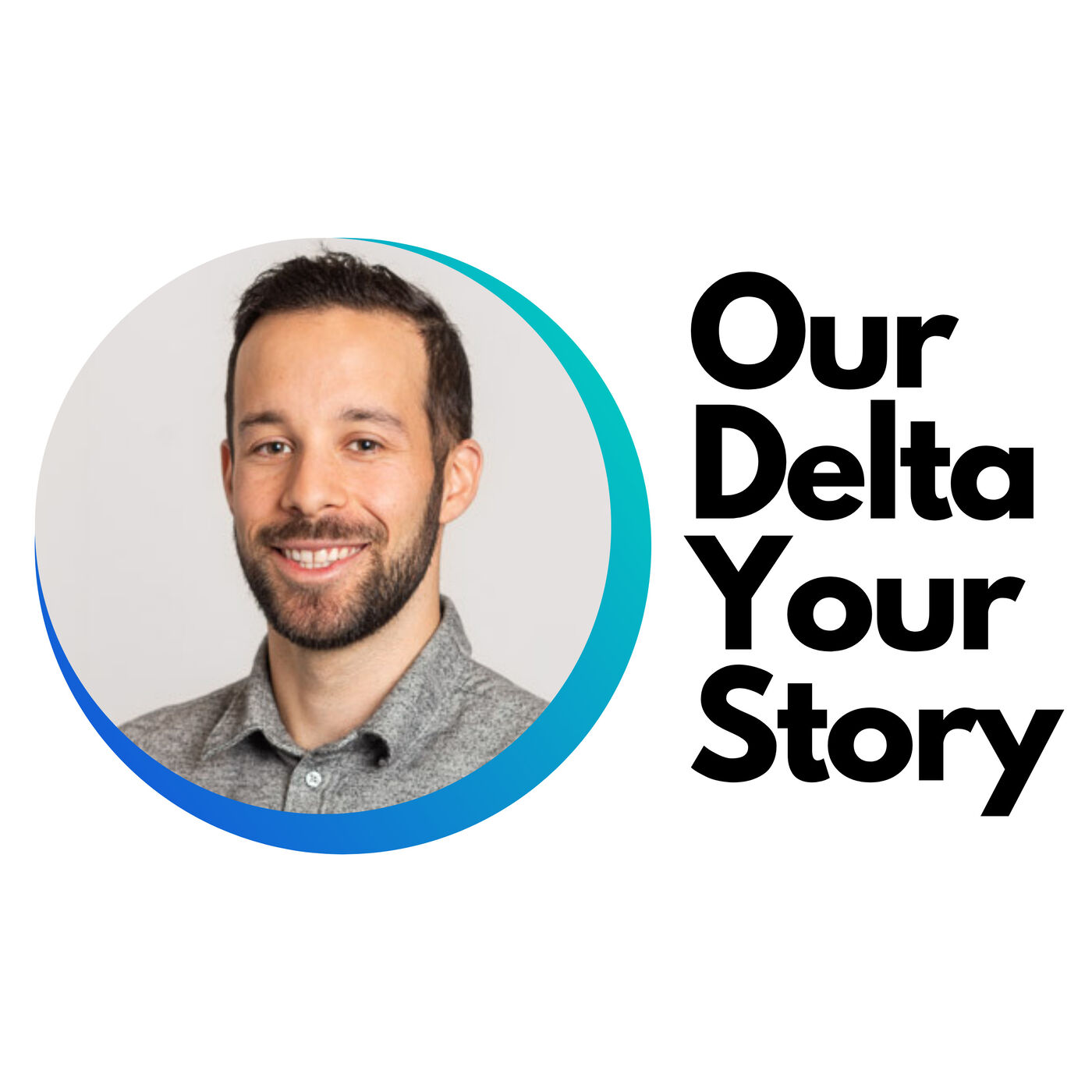 Host Garry Shearer chats with Aaron Saks, president of WEST COAST SEEDS, to unearth Aaron's journey from accountant to entrepreneur. His story reminds us that growth necessitates risk and change. No matter what you committed your education towards, it's never too late to redirect your career path to find personal fulfillment.Music: "Growing Chorus" by Terry Munday 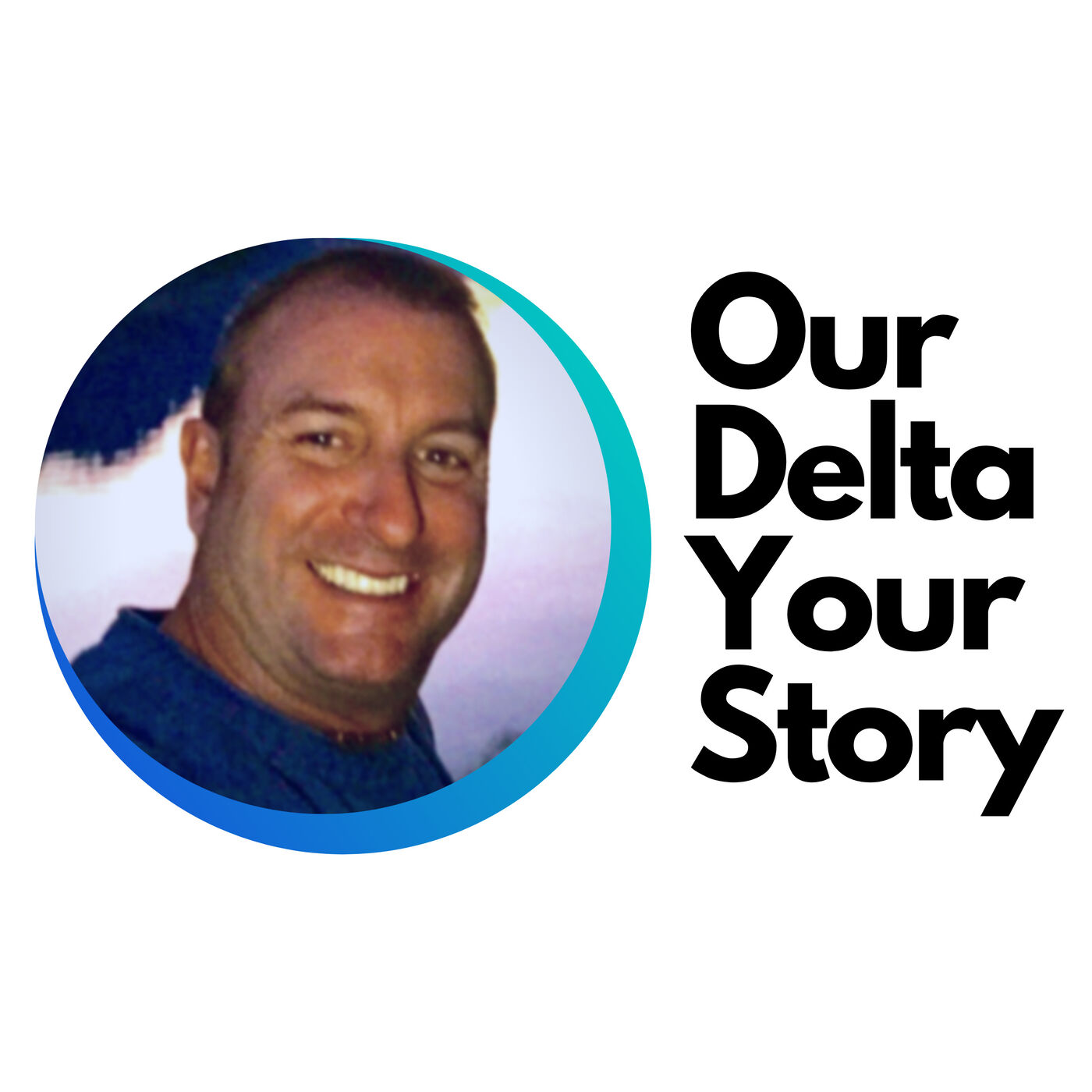 The Night Is Darkest Before the Dawn | Episode 2 – Darren Bach

Host Garry Shearer is joined by Darren Bach, CEO of PACIFIC COAST MARINE WINDSHIELDS, to unpack Darren's remarkable career. Whether it's mowing the neighbor's lawn or distributing products internationally, Darren's inspirational story is a reminder of how resolve, intentionality, and courage can get you through any storm.Music: "Growing Chorus" by Terry Munday 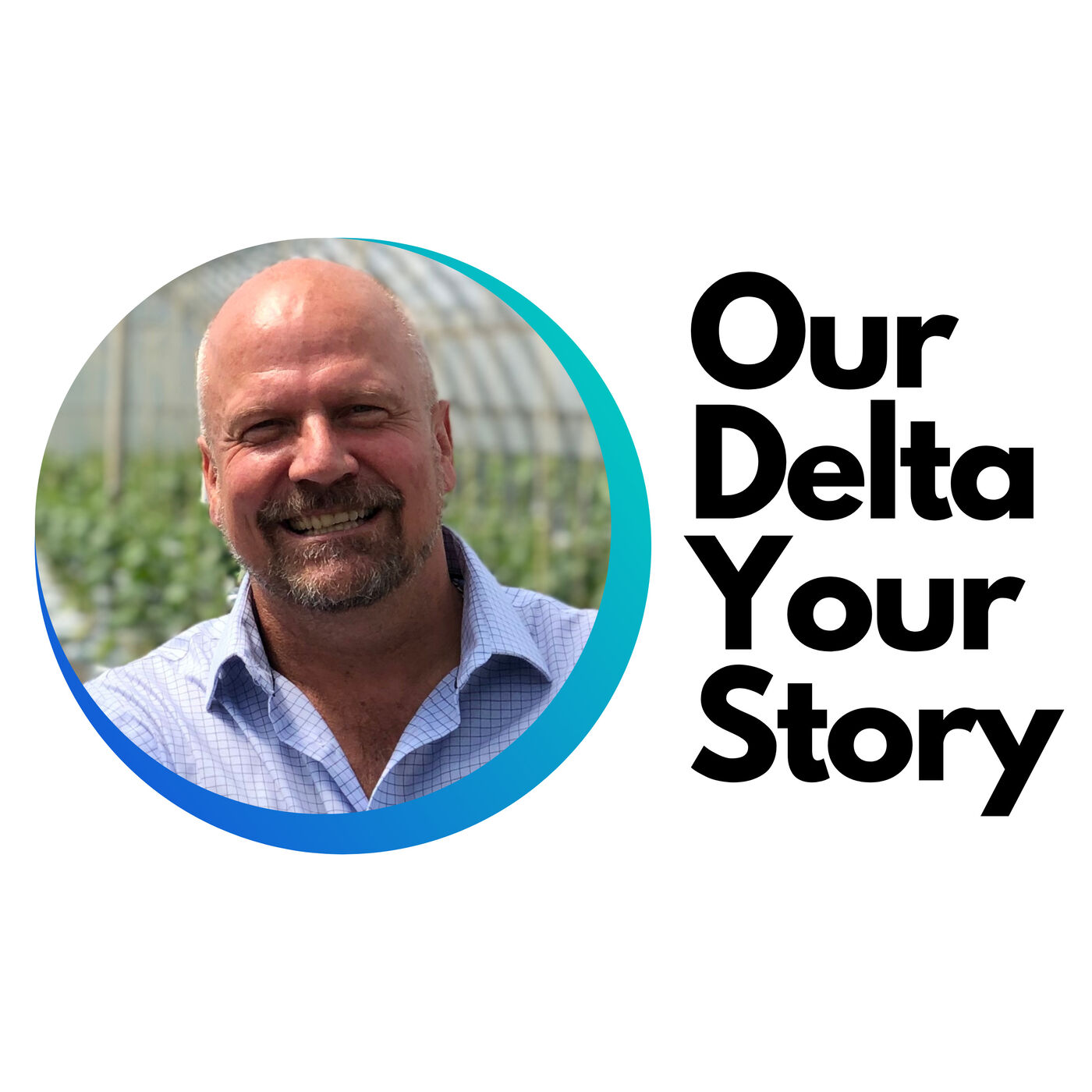 Host Garry Shearer is joined by Rick Gibbs, president of NEUTRON FACTORY WORKS, to reveal the spark of Rick's purpose driven career. From mentee to mentor, electrician to executive, Rick's entrepreneurial journey reminds us of the importance of supporting the trades and uplifting future generations through integrity and meaningful jobs.Music: "Growing Chorus" by Terry Munday
See More
Comments