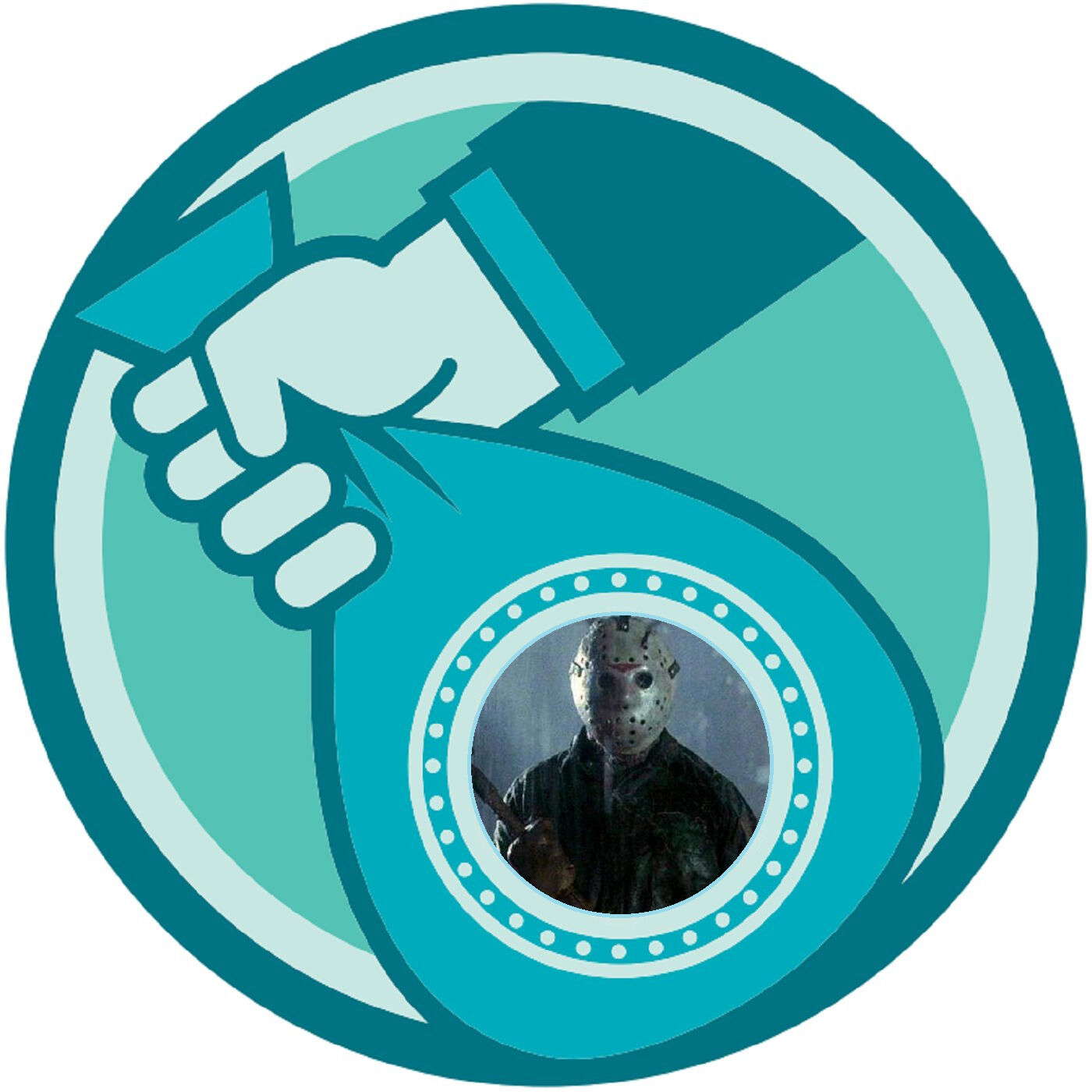 Bonus Loot #2: Friday the 13th (with Josh from Your Next Favorite Movie) 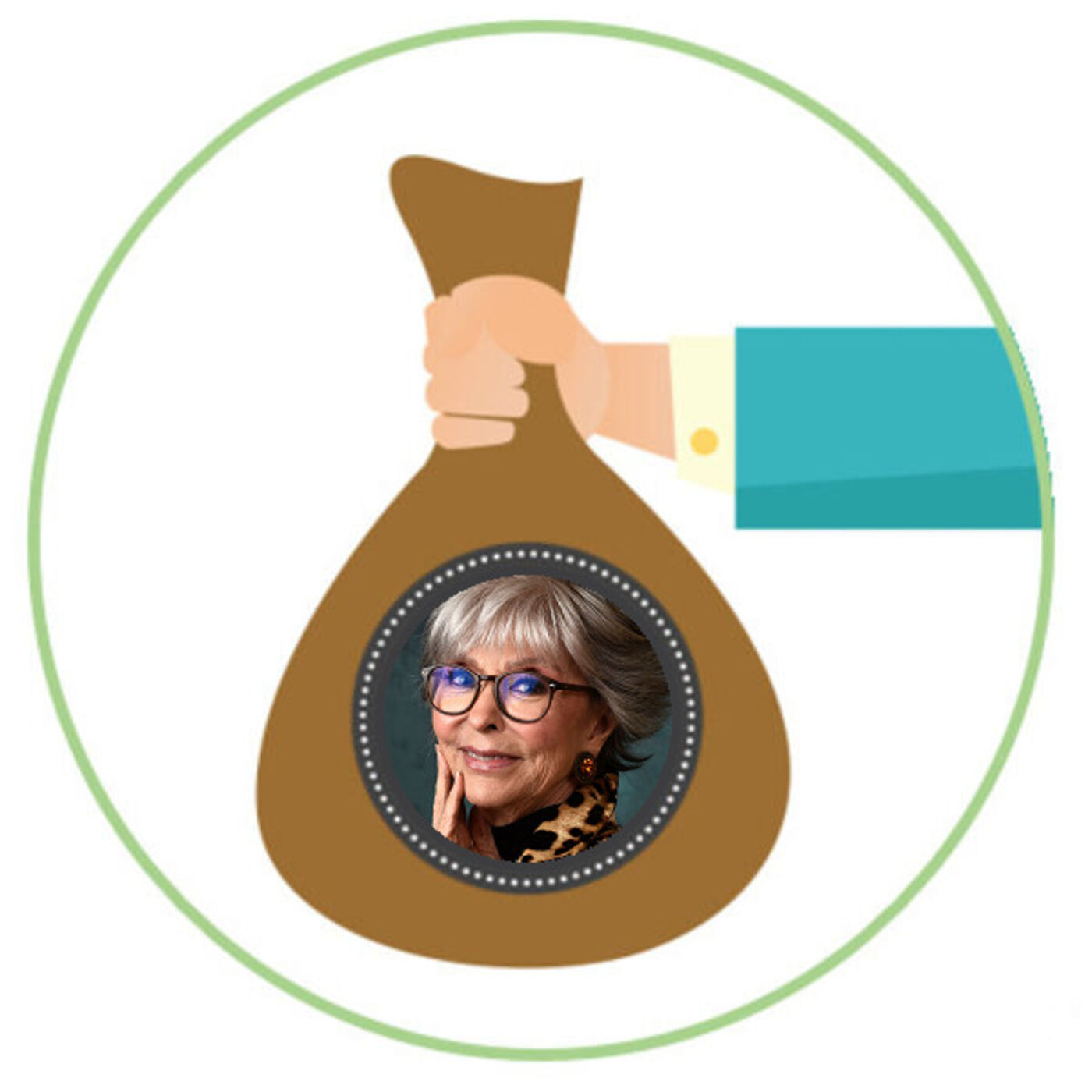 In this bonus episode, we wanna celebrate the life and career of the great Rita Moreno! First Puerto Rican actress to win an Oscar, and first Puerto Rican actress to win an EGOT (Emmy, Grammy, Oscar, Tony). So jump in and find out all you need to know about how this Queen started, how she made it big, and what she's doing now. Check it out!Music: Tino Mendes & Yellow Paper - The HeistAll movie clips belong to their respective owners and corporations

INFECTION HIT! And as I lay in hiding in my house, I decided to record a special episode on a film about people hiding in a house as an infection hits. How meta is that? So don't abandon me, but join me in analyzing the intense opening scene from 2007's "zombie" sequel 28 Weeks Later. Will you do as Don and flee? or will you stick through the end? All movie clips (c) 20th Century Fox28 Weeks Later score clips (c) John Murphy 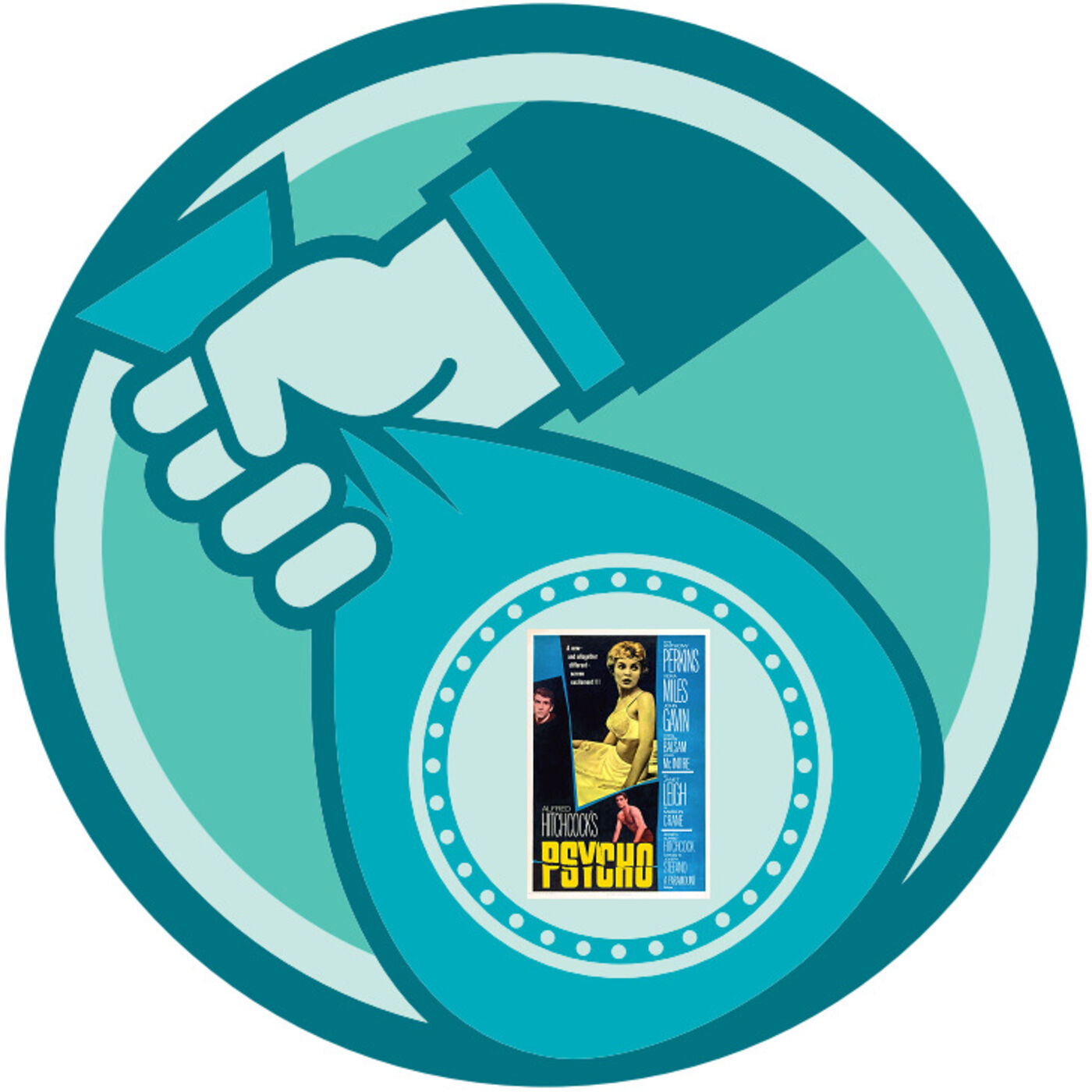 Do you listen to podcasts like a bird? and by that I mean, do you listen to a tremendous lot? Well, then here's another one for you to feast on right before you jump into the shower. In this special episode of The Movie Loot, we talk about one scene from Psycho, specifically, the conversation between Norman Bates (Anthony Perkins) and Marion Crane (Janet Leigh). So clamp yourself into this little personal trap and enjoy!All movie clips (c) Paramount PicturesPsycho score clips (c) Bernard Herrmann 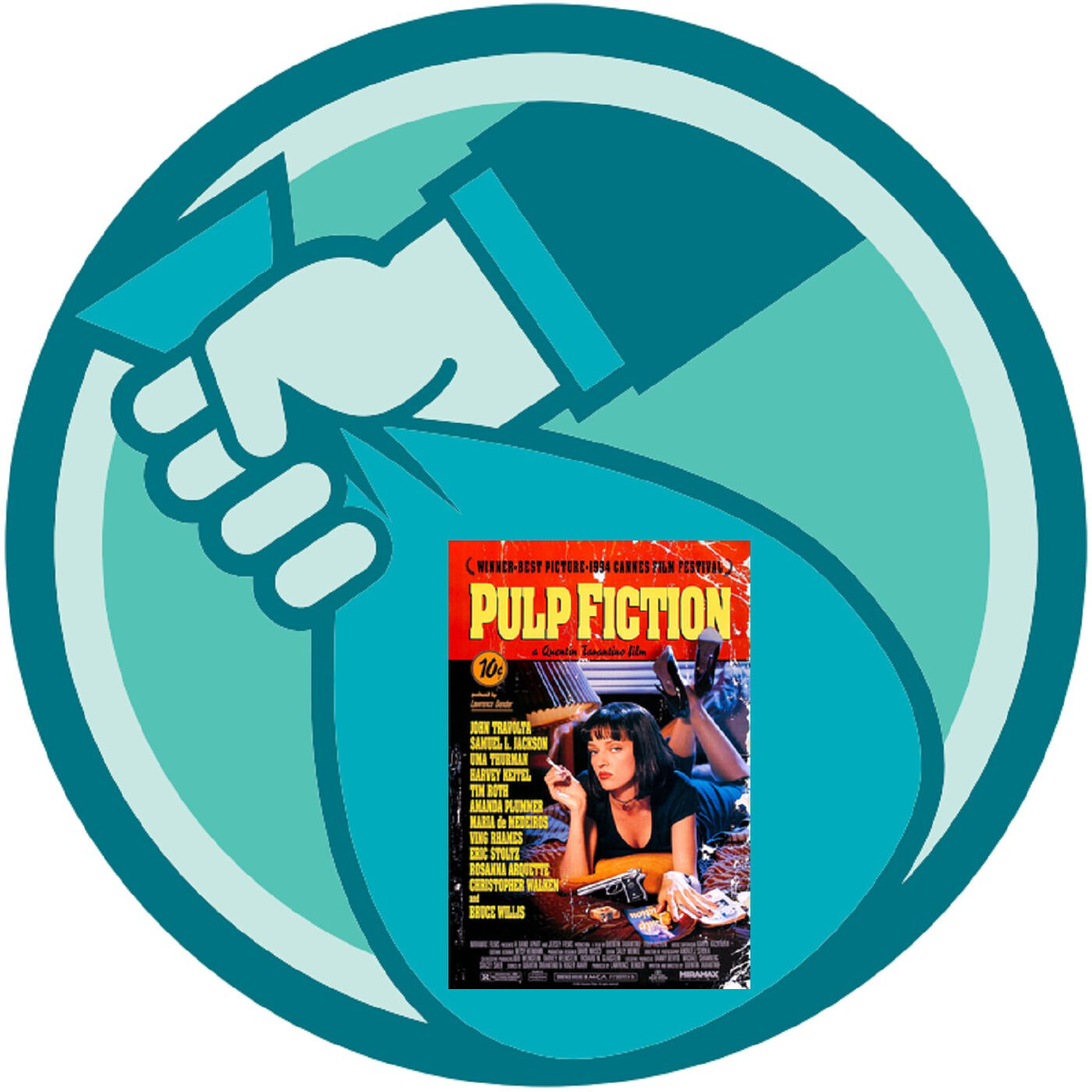 Ok, looters. Time to grab your Big Kahuna cheeseburger and Sprite, and chill in the couch with your friends while listening to the latest special episode of The Movie Loot. In this episode, we talk about Pulp Fiction's iconic scene between Jules (Samuel L. Jackson) and Brett (Frank Whaley). I assure you, this is a tasty podcast! Check it out.All movie clips (c) Miramax Pictures"Jungle Boogie" clip (c) Kool & the Gang and Mercury"The Number of the Beast" clip (c) Iron Maiden and EMI"Misirlou" clip (c) Dick Dale and the Del-Tones 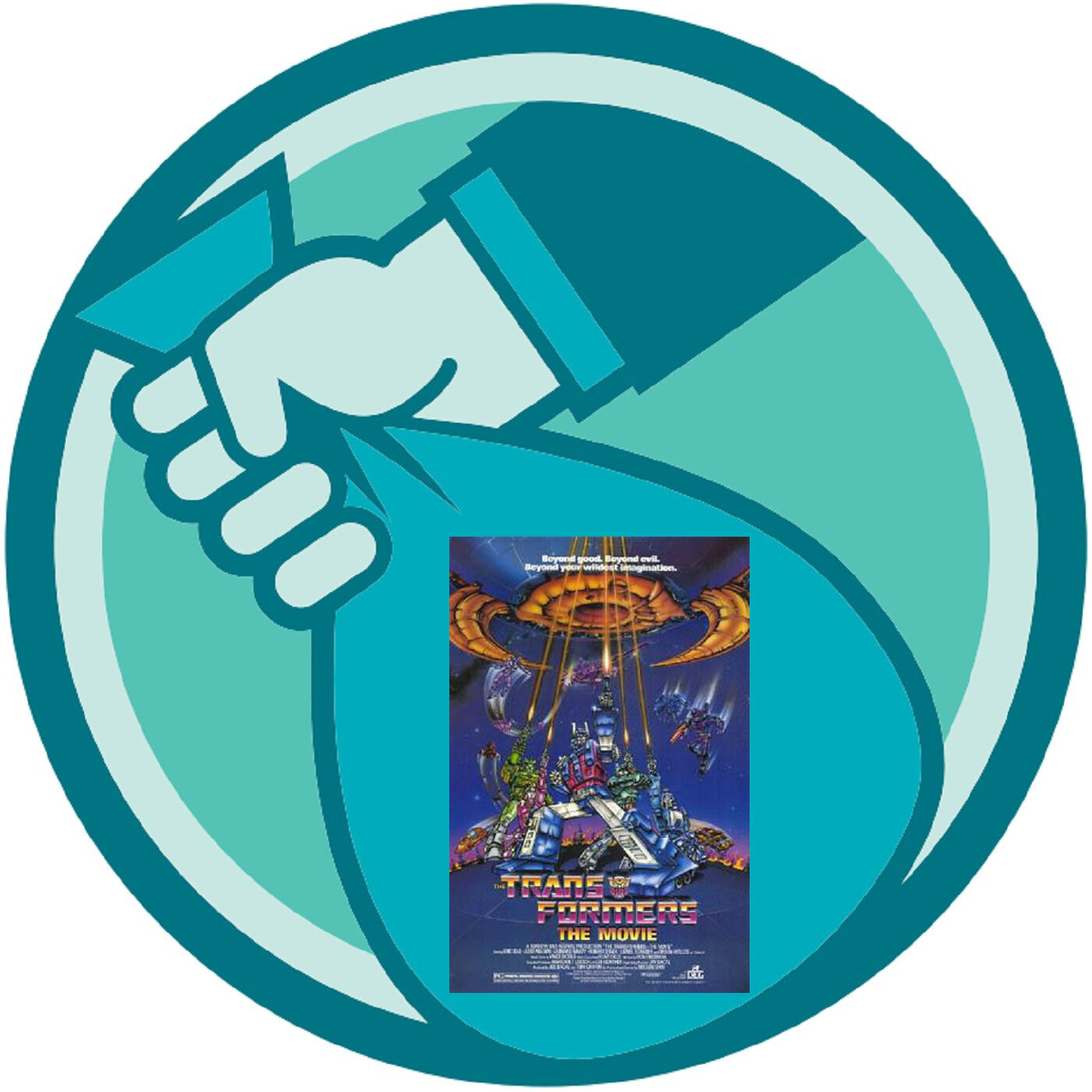 The Movie Loot - Special Episode XI (The Transformers: The Movie)

In this special episode, we head to the planet of Cybertron where we will talk about one of the first scenes of the 1986 animated film Transformers: The Movie. If you get queasy with deaths, specifically robotic deaths, cover your eears cause we're talking about the first Autobot Massacre where Decepticons pretty much slaughter a group of Autobots by order of Hasbro, setting the stage for, well, more deaths later on the film. Check it out!All movie clips (c) De Laurentiis Entertainment GroupMain Transformers Theme (c) HasbroDare to be Stupid (c) Weird Al Yankovic 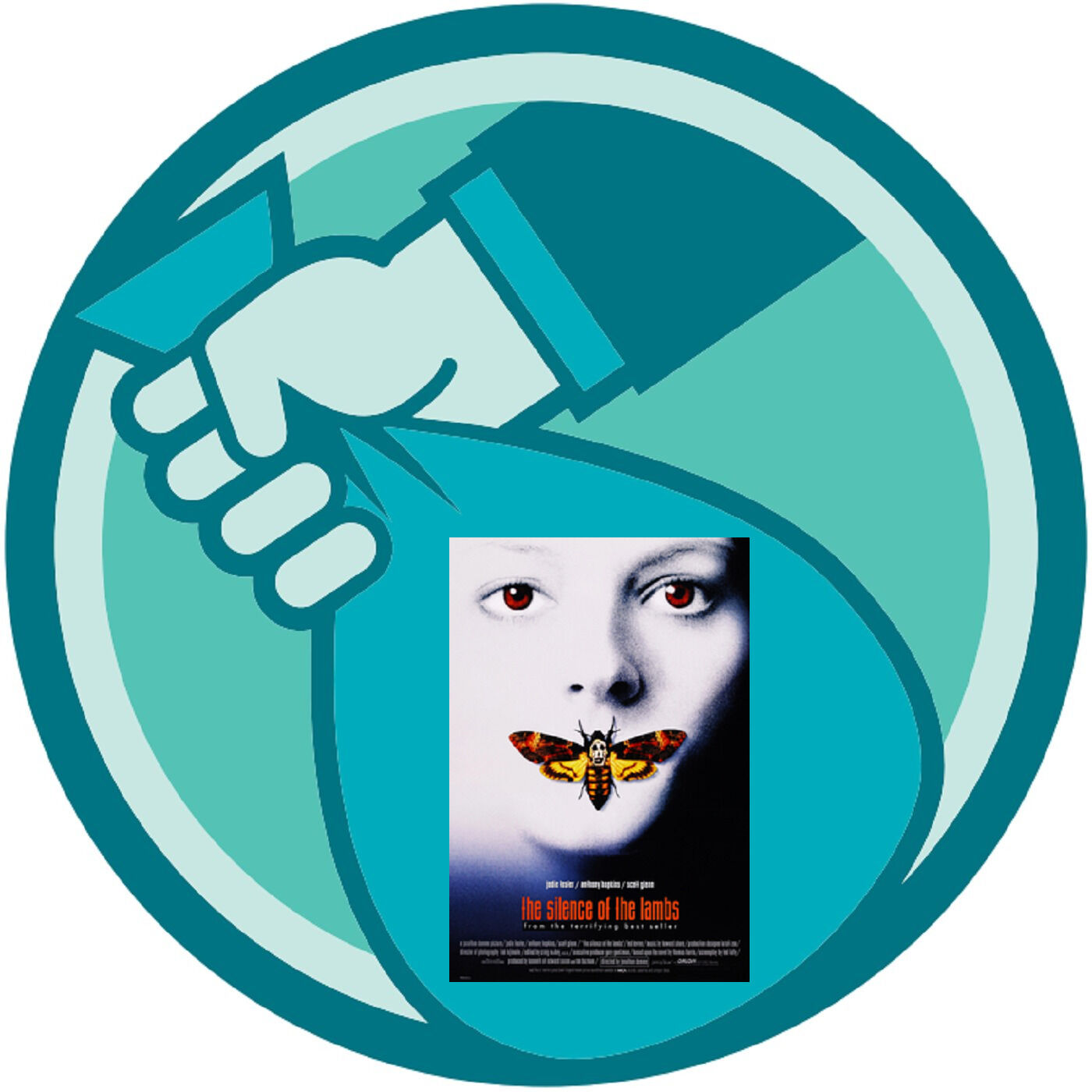 The Movie Loot - Special Episode X (The Silence of the Lambs)

Ok, looters. It's time to grab your best portion of liver from the fridge, add some fava beans and a nice Chianti because in this special episode we're gonna be talking about The Silence of the Lambs, specifically the climatic scene where Hannibal Lecter escapes. Ready when you are, listeners...All movie clips (c) Orion PicturesOpening classical music: Goldberg Variations, Aria by Johann Sebastian BachScore clips (c) Howard Shore 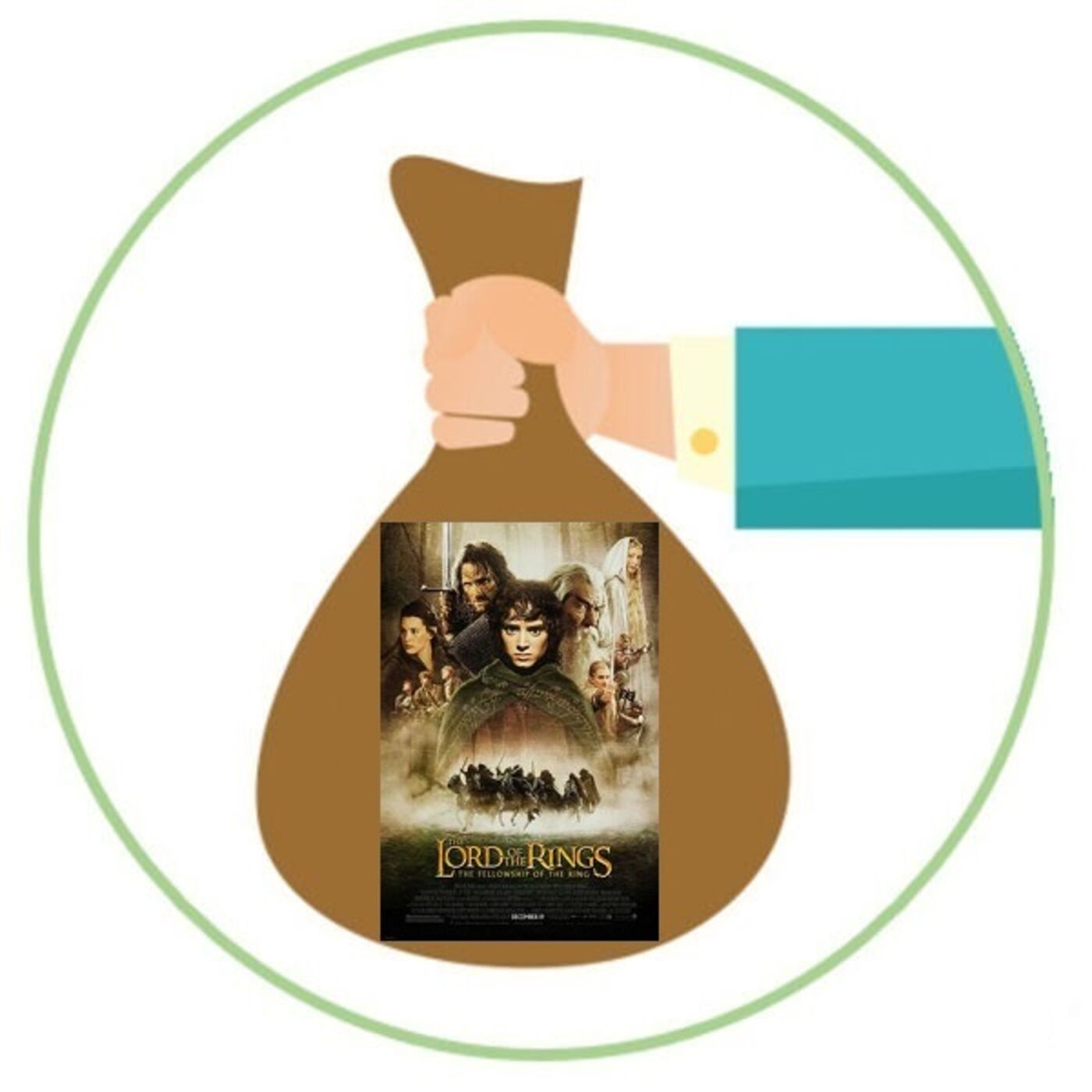 As we say goodbye to 2021, we dedicate our ninth special episode to the epic fantasy film The Lord of the Rings: The Fellowship of the Ring. Released 20 years ago this December, we take a look at its breathtaking and impressive prologue and how it sets the stage for the three films to follow and the whole world that audiences will uncover. Check it out!All movie clips (c) New Line CinemaScore clips (c) Howard Shore 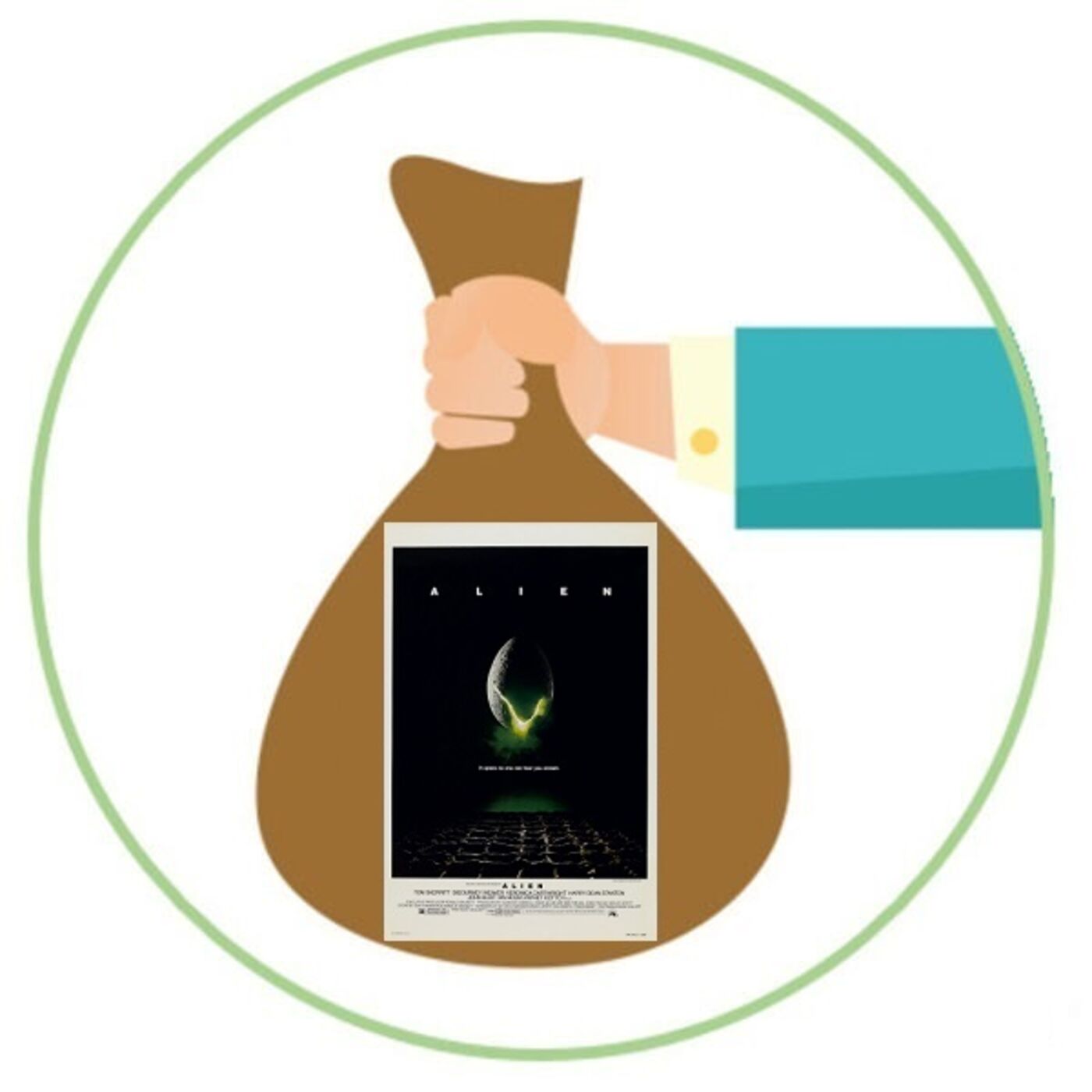 In our eighth special episode, we join the crew of the Nostromo and go into space where no one can hear us scream. But as a Halloween treat, we do take a look at one particular scene where one of our characters is looking for the alien in a dark and humid air duct. So listen to me as I analyze that scene and why it works!All movie clips (c) 20th Century FoxClosing song "Alien" (c) Dennis Lloyd 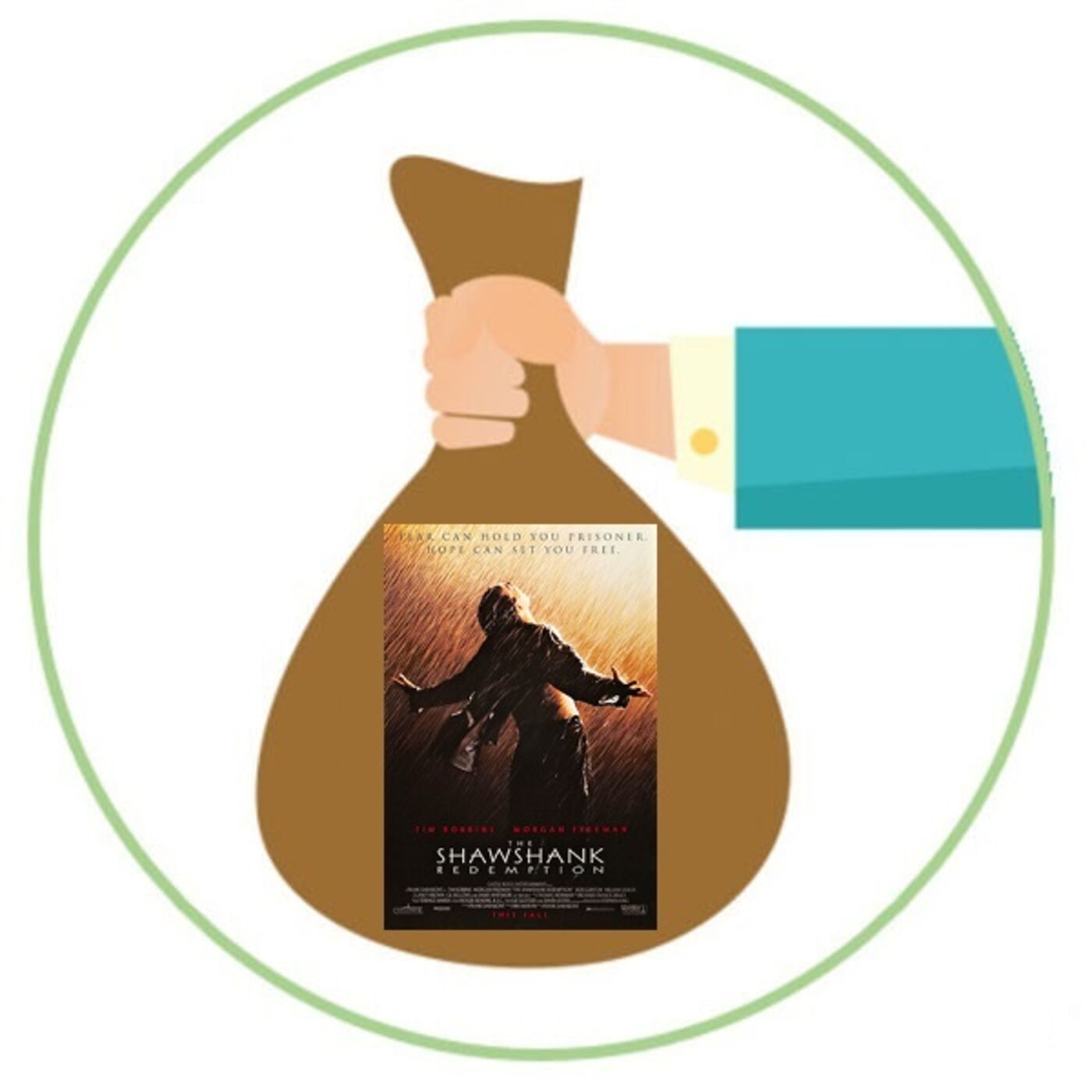 In our seventh special episode, we are convicted felons... as we are led into the dark corridors of Shawshank Prison to meet Mr. Hadley, captain of the guards, and Mr. Norton, the warden. So if you don't blaspheme or ask for food, you can check out my breakthrough of the scene where we are introduced to this two characters.All movie clips (c) Columbia PicturesClosing song "Duettino Sull'aria" from "Le Nozze di Figaro" (c) Musopen 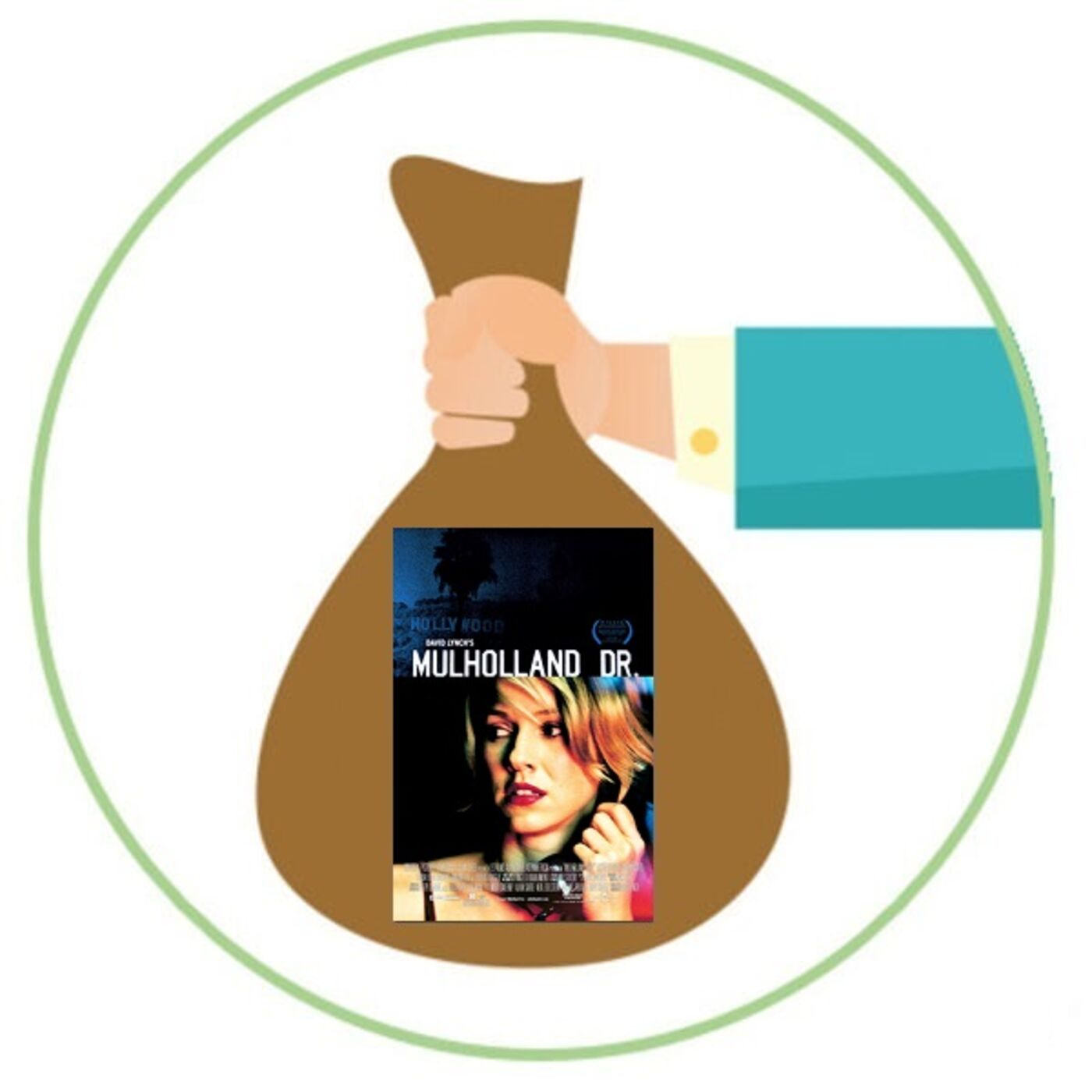 For this special episode, we dive into the mysteries of Club Silencio as we break down and analyze the climatic scene from David Lynch's Mulholland Drive. So sit back, grab the hand of your imaginary best friend, and try not to shake too much in your seat. Check it out!All movie clips (c) Universal PicturesOpening song "Silencio" (c) Angelo BadalamentiFeatured song "Llorando", Rebekah del Rio (c) Orbison/MelsonClosing song "I've Told Ev'ry Little Star", Linda Scott (c) Kern/Hammerstein 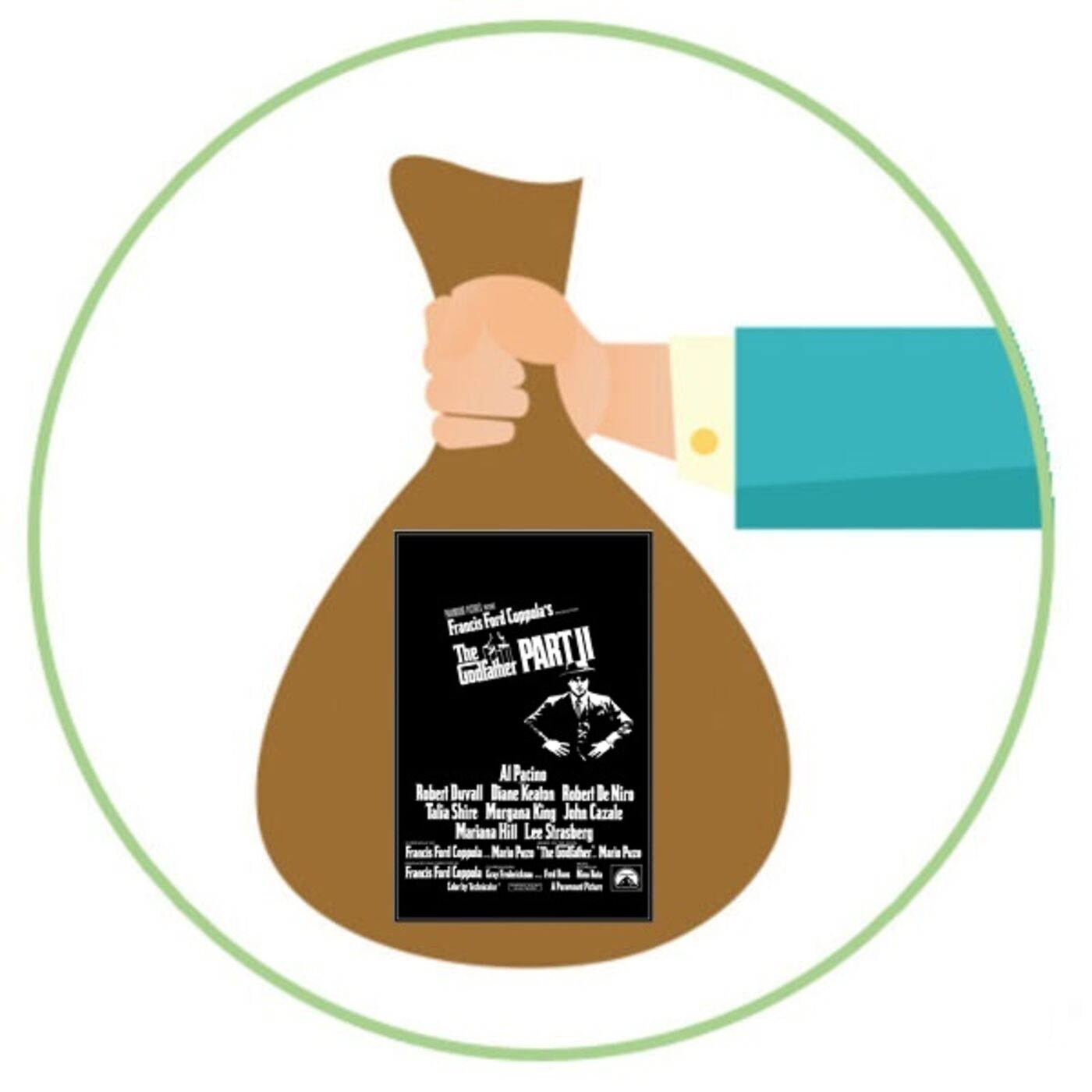 For this special episode, I'm gonna make you an offer you can't refuse. I'm gonna break down and analyze one of the final conversations between Michael and Fredo in The Godfather Part II. So if you want respect, pull an uncomfortably weird chair, and check it out!All movie clips (c) Paramount PicturesOpening song "The Godfather Waltz" (c) Nino RotaClosing song "End Title" (c) Nino Rota 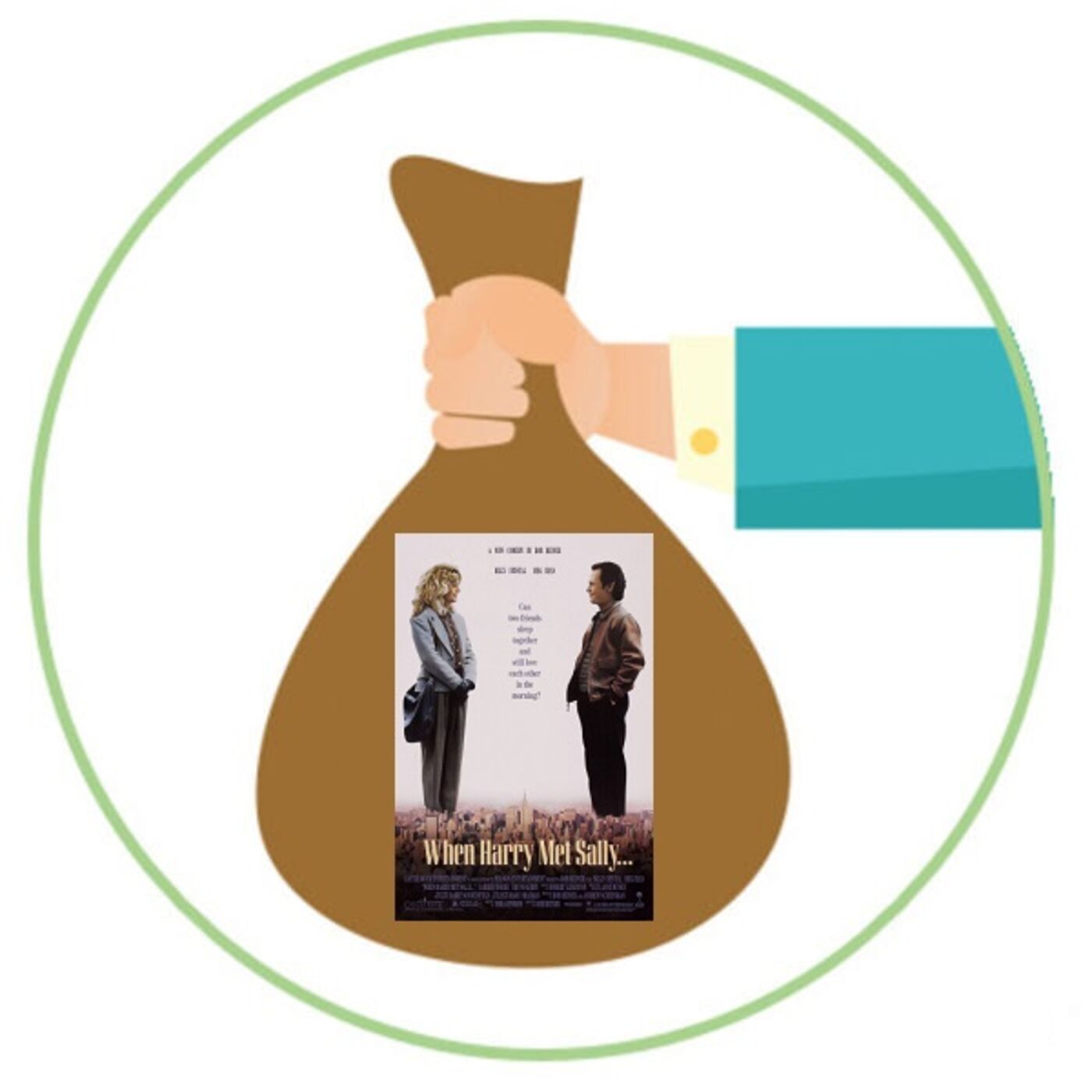 In our fourth special episode, we go romantic as I analyze a scene from my favorite romcom of all time, When Harry Met Sally, specifically the scene when Harry, well, meets Sally. So grab a box of chocolates or tissues, whatever suits you better, and listen to my thoughts, analysis, and trivia about it.All movie clips (c) Columbia PicturesOpening song "Let's Call the Whole Thing Off" (c) Ella Fitzgerald and Louie ArmstrongClosing song "Auld Lang Syne" (c) Robert Burns 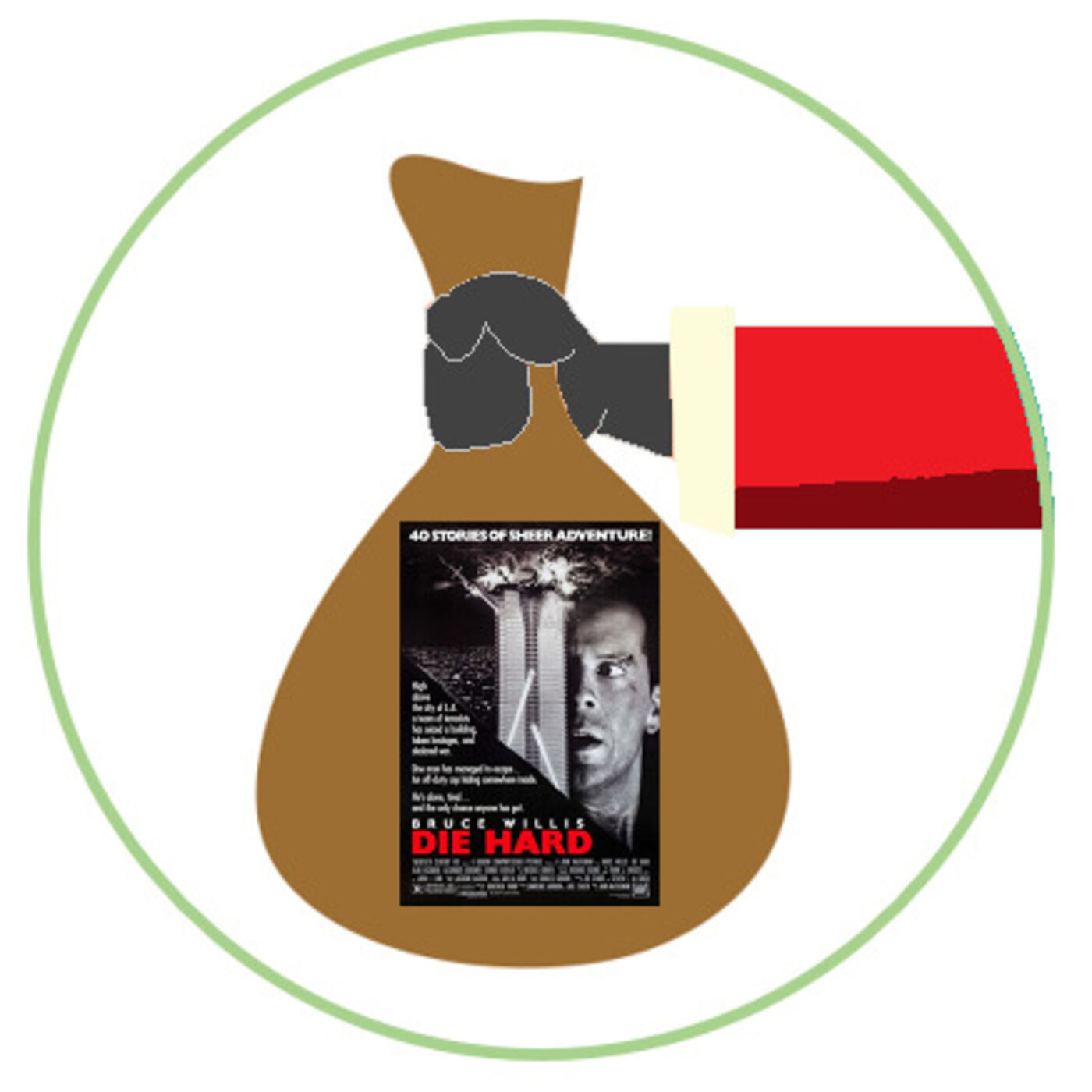 They say it isn't Christmas until you've seen Hans Gruber fall off Nakatomi Plaza, so if you already saw him fall, then join us for this special episode where I break down a specific scene from the best Christmas film and the best action film, Die Hard. Although I will focus on one scene, Hans Gruber meeting with Takagi, I'll also ramble on about why I consider Die Hard a Christmas film. So c'mon in, sit down, and listen to my thoughts, analysis, and trivia about it.All movie clips (c) 20th Century FoxMusic: Let It Snow - Vaughn Monroe 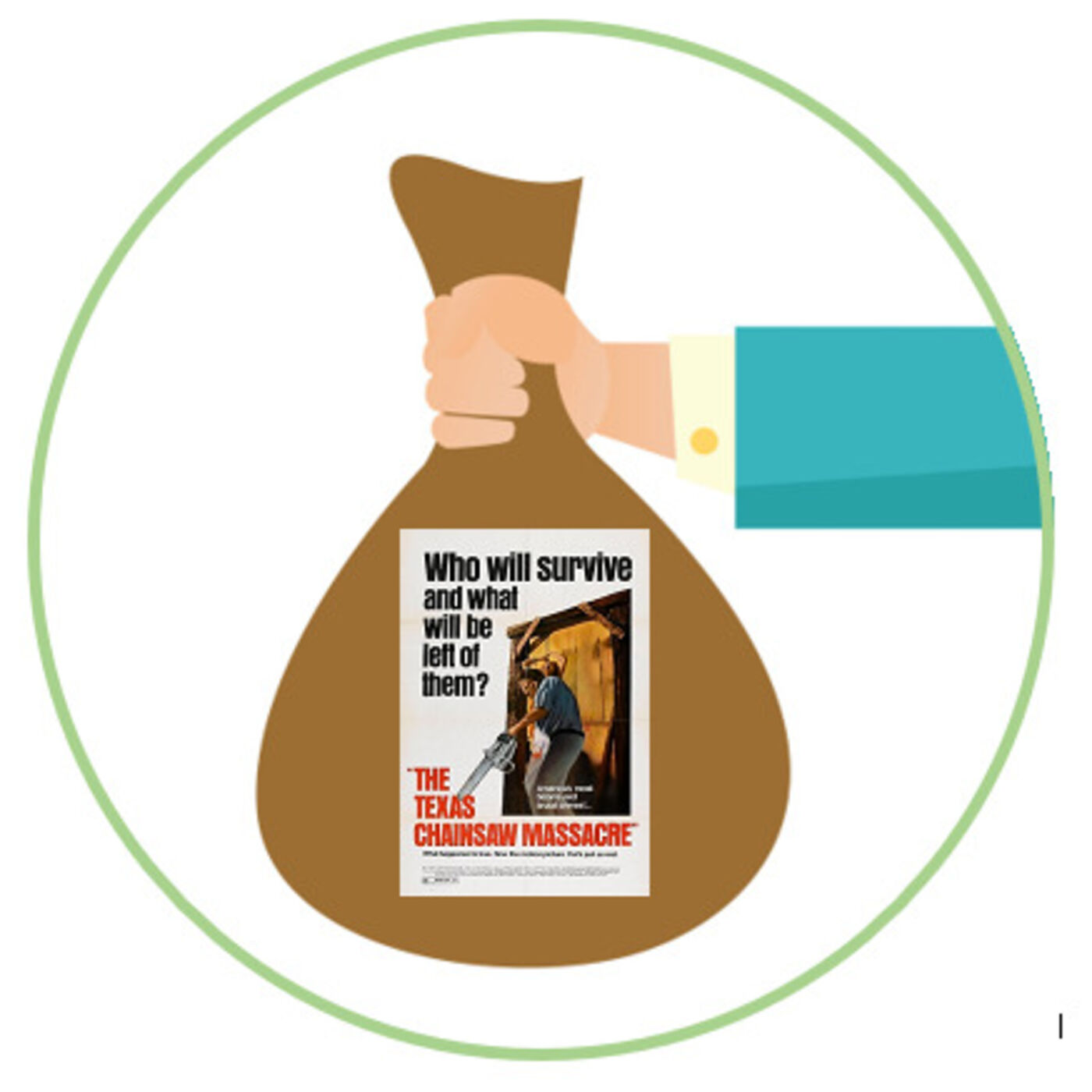 My second special episode is a Halloween treat, as I break down a specific scene from my favorite horror film, The Texas Chain Saw Massacre. I talk about several things about the film, but focus on Leatherface's first two kills. Listen to my thoughts, analysis, and trivia about it.All movie clips (c) Kim Henkel & Legendary Pictures 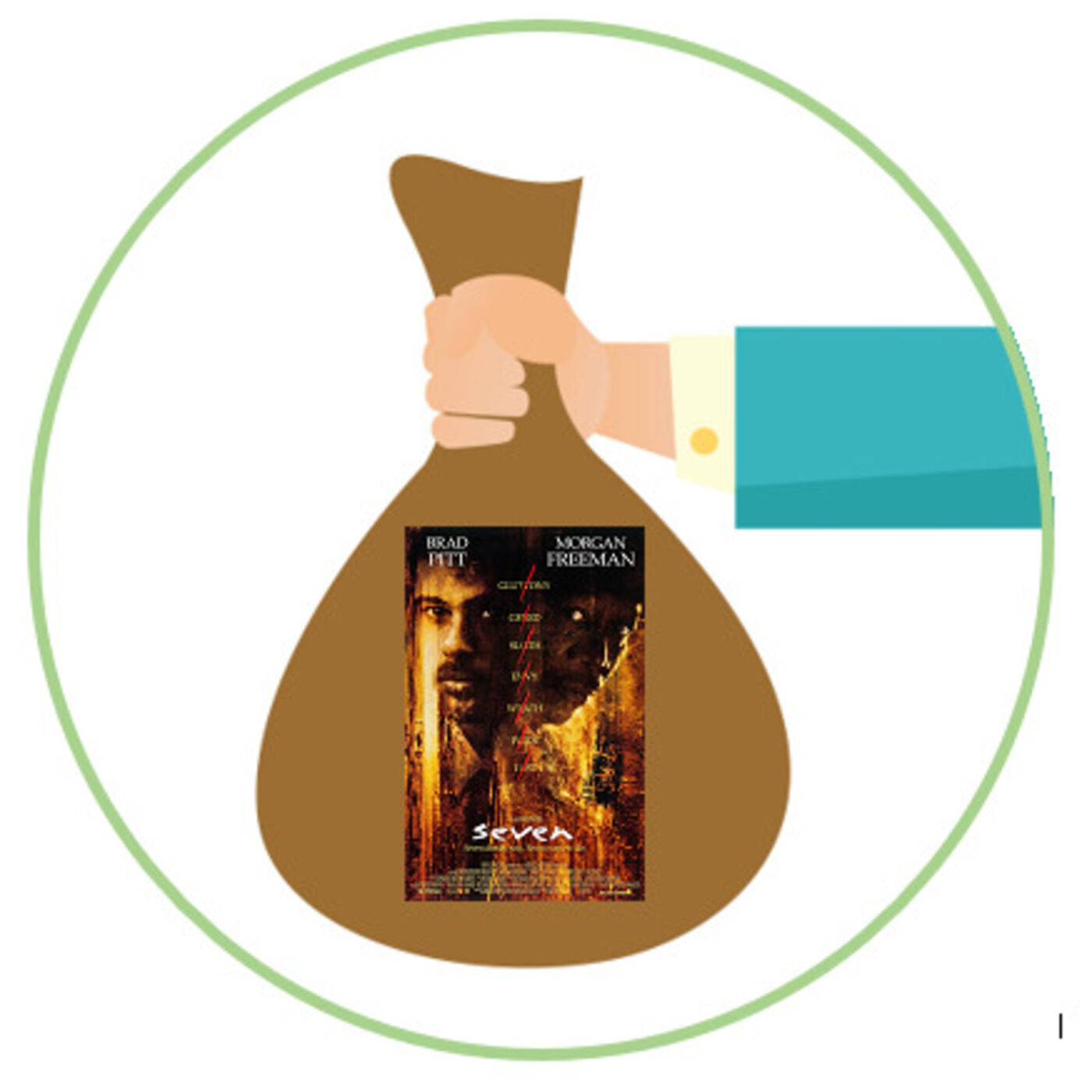 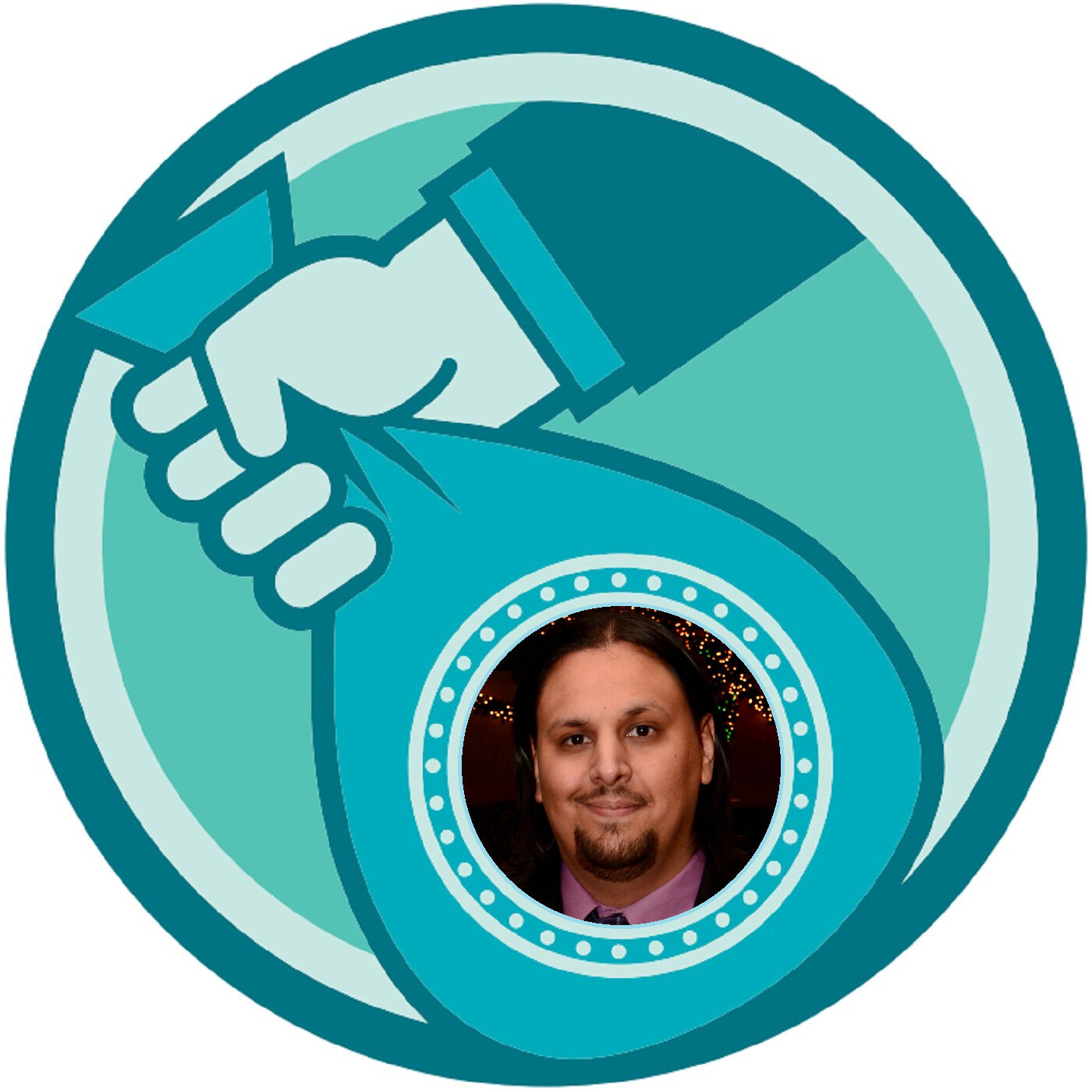 The Movie Loot 73: The Puerto Rican Loot (with Mario Alegre)

In this episode, we invite you all to take a short trip to the beautiful island of Puerto Rico where me and local film critic Mario Alegre talk about Puerto Rican cinema, its history, struggles, accomplishments, as well as our favorite Puerto Rican films. So hop in the plane, and come visit so you can learn a bit more about what our filmmakers are putting out there!DISCLAIMER: There were some network connection issues from my part that affected some of Mario's dialogue, so my excuses to you, listeners. I hope you can still get some out of it and enjoy it.00:00:00 - 00:04:17 -- Intro00:04:17 - 00:15:44 -- Meet Mario!00:15:44 - 00:36:40 -- The Puerto Rican Talk00:36:40 - 00:40:51 -- Puerto Rican Film Trivia00:40:51 - 00:58:53 -- The Puerto Rican Loot00:58:53 - 01:02:12 -- FilmTwitter's Puerto Rican Loot01:02:12 - 01:03:41 -- Closing01:03:41 - 01:07:30 -- OutroFollow Mario AlegreTwitter: @MarioAlegreInstagram: @marioalegrePatreon: https://www.patreon.com/marioalegreProxima Tanda:Website: https://proximatanda.com/Twitter: @proximatandaInstagram: @proximatandaYouTube: @ProximaTandaFacebook: ProximaTandaProxima Tanda Podcast on Spotify: Proxima TandaProxima Tanda Podcast on Apple Podcasts: Proxima TandaDesmenuzando Podcast:Desmenuzando Podcast on Spotify: DesmenuzandoDesmenuzando Podcast on Apple Podcasts: DesmenuzandoTwitter: @DesmenuzandoPodInstagram: @DesmenuzandoPatreon: https://www.patreon.com/desmenuzandoLa Gran Fiesta clip (c) Moreno FilmsLa Guagua Aerea clip (c) Luis Molina CasanovaMusic: Tino Mendes & Yellow Paper - The Heist 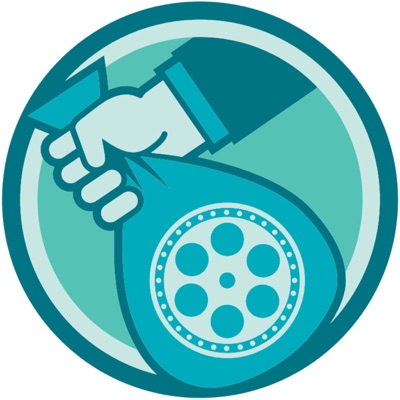 The Movie Loot 72: The Wolf of Snow Hollow/October Loot

Now, if you will, gentlemen, let's put this film into perspective, just so you guys can understand where I'm coming from when I talk about it. It's that the woman is the hunted, the animal... and when the wolf catches her, being the predator, the hunter, is gonna kill her! Little bit of biting here? You know, however it goes. They're animals, right? They're outta control. They're fierce, animals, crazy, rrr. That's what I'm sayin'. Let's do this movie... and after that, listen to me talk about a bunch of other films I saw last month.Music: Tino Mendes & Yellow Paper - The HeistThe Wolf of Snow Hollow clip (c) United Artists 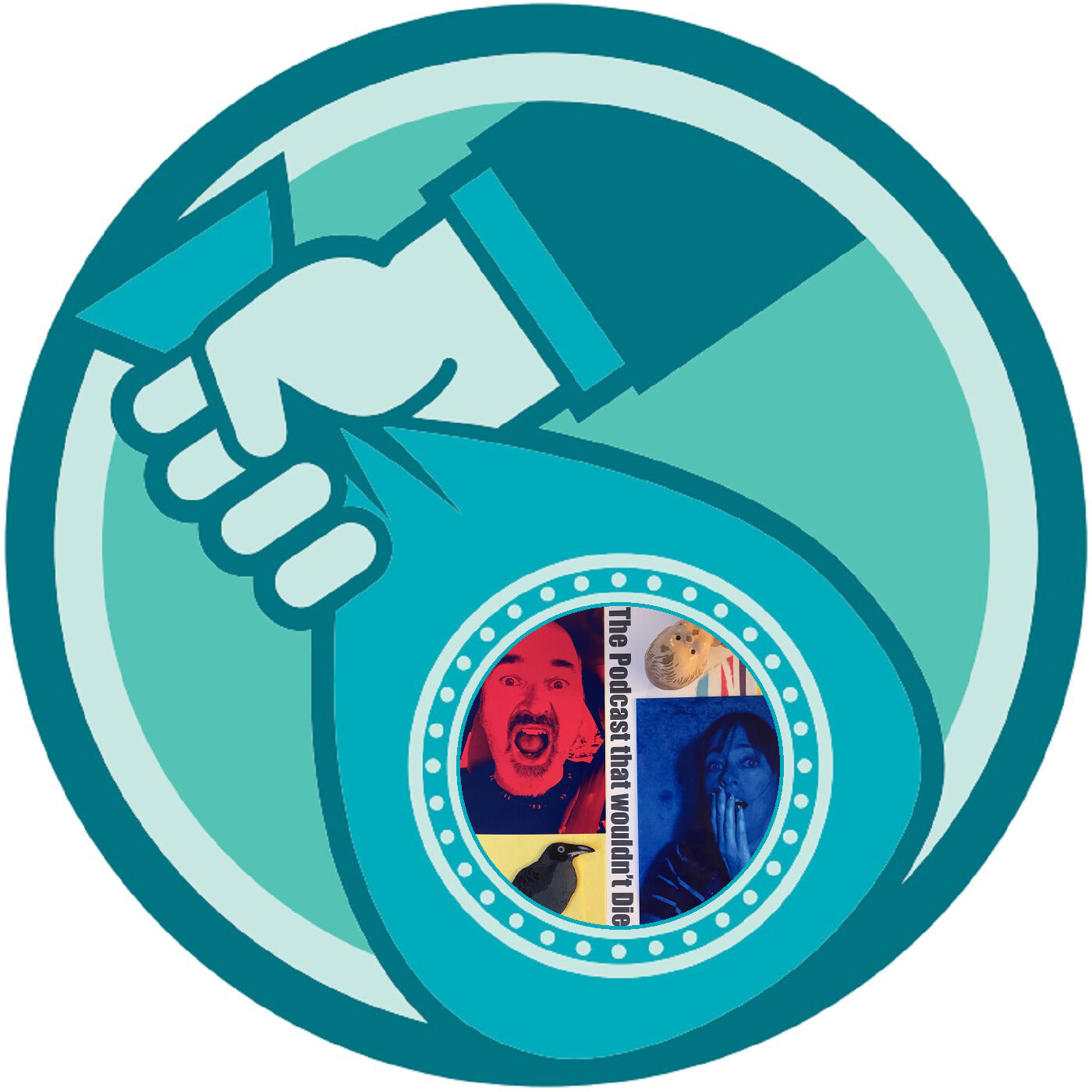 The Movie Loot 71: The Zombie Loot (with Kevin & Erin from The Podcast That Wouldn't Die)

Just like June 2022, September was a month dedicated almost solely to short films. After a hurricane and a week-long blackout, short films provided an easy way for me to achieve my monthly goal, so here it is. Shorts about everything from creepy masked men or cross-dressing bunnies to dangerous tramps or animated stick figures. But writing this description leads me to wonder, how often do people read the podcast episode descriptions? I dunno, but check the episode out!Music: Tino Mendes & Yellow Paper - The HeistRejected clip (c) Don Hertzfeldt
See More
Comments