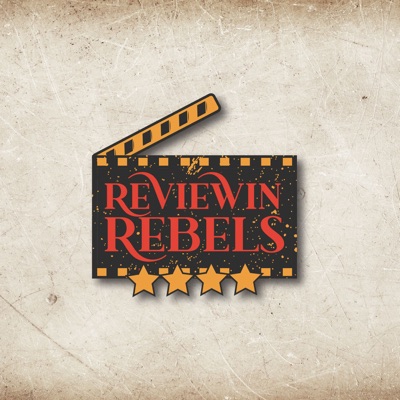 In this episode Me, ToniiBankz, and Dom Cruze answer some “Get to Know me,” questions. We talk about everything from favorite movies to childbirth and the afterlife. Please enjoy this weeks episode:) Follow on Twitter/TikTok @_aliveandunwell, Instagram @aliveandunwellcast, Alive and Unwell on Youtube, and feel free to email me at thealiveandunwellcast@gmail.com if you have any questions. See you next episode!

Renslayer leaves on a mission to find "free will" after Miss Minutes gives her information from the TVA's creator, "He Who Remains". B-15 proves to TVA troopers that they are variants by showing them a Renslayer variant who is a school vice-principal. In the Citadel at the End of Time, He Who Remains tells Loki and Sylvie that he ended a multiversal war between his variants by using Alioth to destroy alternate timelines, and created the TVA to maintain this peace. As he has grown weary, he offers them a choice: kill him and risk another multiversal war, or replace him in overseeing the TVA and a singular timeline. Sylvie wants to kill him but Loki pleads with her to stop. They kiss, but Sylvie sends Loki back to TVA headquarters. She kills He Who Remains, unleashing a multiverse with alternate timelines that the TVA cannot prune. At TVA headquarters, Loki warns Mobius and B-15 about variants of He Who Remains, but they do not recognize Loki and he sees that a statue of one of these variants[d] has replaced those of the Time-Keepers.Dom Cruze https://linktr.ee/DomcruzeT banks https://www.youtube.com/user/ahawk1427Q https://anchor.fm/q-thereviewILL ig @youknowits_i

The BanksDown > Love Death and robots

A dollar and a Stream complete June 2021 collection

Renslayer tells Sylvie Loki was teleported to the Void, a dimension at the end of time where everything the TVA prunes is dumped into and from which nothing has returned. They also deduce that the TVA's creator is hiding in the timeline beyond the Void. TVA mascot Miss Minutes stalls for time until TVA troops surround Sylvie, who prunes herself and reunites with Mobius. After interrogating B-15, Renslayer attempts to reach the TVA's creator. Meanwhile, the other Loki variants tell Loki that a massive cloud-like creature called Alioth hunts and kills any life in the Void. Boastful Loki betrays the other Lokis for a second Loki group, which itself dissolves into infighting. Classic Loki helps Alligator Loki, Kid Loki, and Loki escape and eventually meet Mobius and Sylvie. After Mobius returns to the TVA using a TemPad Sylvie previously stole, she attempts to enchant Alioth, but fails to until Classic Loki distracts it with an illusion of Asgard, sacrificing himself in the process. Together, Loki and Sylvie successfully enchant Alioth, find a citadel beyond the Void, and walk towards it.Dom Cruze https://linktr.ee/DomcruzeT banks https://www.youtube.com/user/ahawk1427Q https://anchor.fm/q-thereviewILL ig @youknowits_i

Deep Focus : A line from a movie that got you the woman

ILL brings in a Deep focus we have no clue what to think about it tune in to see the fun of itDom Cruze https://linktr.ee/DomcruzeT banks https://www.youtube.com/user/ahawk1427Q https://anchor.fm/q-thereviewILL ig @youknowits_i

As Lamentis-1 is destroyed around them, Loki and Sylvie have a romantic moment that creates a unique branched timeline and alerts the TVA, allowing for their rescue and arrest. Mobius leaves Loki in a time loop of a moment from his past when Sif told him that he will always be alone, while Sylvie unlocks B-15's memories to prove that B-15 is a variant. Renslayer tells Mobius that C-20 died from a mental breakdown, but Mobius finds a recording of Renslayer interrogating a mentally sound C-20, who insists that the TVA workers are all variants. Mobius frees Loki from the loop, but Renslayer confronts them and has Mobius apparently killed by "pruning" him. Renslayer brings Loki and Sylvie to the Time-Keepers, where B-15 helps them fight off Renslayer and TVA guards. Sylvie beheads one of the Time-Keepers, revealing them to be androids. A recovered Renslayer prunes Loki, but Sylvie overpowers her and demands the truth. In a mid-credits scene, Loki awakens in a post-apocalyptic New York City and finds several other Loki variants.Dom Cruze https://linktr.ee/DomcruzeT banks https://www.youtube.com/user/ahawk1427Q https://anchor.fm/q-thereviewILL ig @youknowits_i

Loki follows the Variant, who goes by Sylvie, to the TVA, where she attempts to visit the Time-Keepers. Renslayer attacks them, so Loki uses a TemPad to teleport himself and Sylvie away. They arrive at 2077 Lamentis-1, a moon that is soon to be crushed by a planet. However, both cannot escape due to the TemPad having run out of power. They agree to work together because Loki has magically hidden the TemPad while only Sylvie knows how to recharge it. They sneak aboard a train bound for the Ark, an evacuation spaceship, intending to use it to recharge the TemPad. However, Loki gets drunk and starts a ruckus, causing the guards to discover them. During the fight, Loki is thrown off the train, and Sylvie follows him. Due to the TemPad being broken, the duo journey on foot and intend to commandeer the Ark. Along the way, Sylvie says that the TVA's workers are all variants, rather than creations of the Time-Keepers as Mobius claimed. Loki and Sylvie fight their way through guards and around a meteor shower while trying to board the Ark, but it is destroyed by a meteor just as they reach it, leaving them stranded.Dom Cruze https://linktr.ee/DomcruzeT banks https://www.youtube.com/user/ahawk1427Q https://anchor.fm/q-thereviewILL ig @youknowits_i

Loki joins a TVA mission to the site of an attack by "The Variant" in 1985 Oshkosh, Wisconsin, but derails it by stalling and attempting to bargain his way into meeting the Time-Keepers, who created the TVA and the Sacred Timeline. Mobius convinces Renslayer to give Loki another chance. After researching TVA files, Loki theorizes that the Variant is hiding near apocalyptic events throughout time where their actions do not affect the timeline. Loki and Mobius confirm this possibility by visiting Pompeii in 79 AD, before deducing that the Variant is hiding during a hurricane in 2050 Alabama. Loki, Mobius, and TVA agents are ambushed there by the Variant, who possesses the bodies of several locals and TVA agent Hunter B-15. The Variant reveals herself to be a female version of Loki and rejects his offer to overthrow the Time-Keepers together. She sends the stolen, activated reset charges to various points along the Sacred Timeline, creating numerous branched timelines and throwing the TVA into disarray. She teleports away and Loki follows her.Dom Cruze https://linktr.ee/DomcruzeT banks https://www.youtube.com/user/ahawk1427Q https://anchor.fm/q-thereviewILL ig @youknowits_i

During the Battle of New York in 2012, Loki escapes with the Tesseract, creating a branched timeline.[a] He teleports to the Gobi Desert, Mongolia, where Time Variance Authority (TVA) troops appear and capture him. He is brought to TVA headquarters, where magic cannot be used, and learns that the TVA maintains a singular timeline called the "Sacred Timeline" from beings who deviate from it, or "variants", at the behest of the Time-Keepers to prevent a multiversal war.Loki faces trial for "crimes against the Sacred Timeline", with Ravonna Renslayer as the judge. After initially not taking the proceedings seriously, he blames the Avengers, whose time traveling caused him to end up in this situation. However, Renslayer dismisses these claims, stating that the Avengers' actions were still following the Sacred Timeline, while Loki's were not. He is declared guilty, but Agent Mobius M. Mobius intervenes, saying that Loki could be of use before taking him to the Time Theater to review Loki's life, past and future. In doing so, he also questions Loki's past misdeeds and true purpose. Loki says he wants to rule realms to free his would-be subjects from the burden of making wrong choices. Mobius questions if Loki enjoys hurting others, but Loki rails against the TVA's control of the timeline, insisting that he has the power to make his own choices. Mobius reveals that in Loki's intended future, he inadvertently causes the death of his adoptive mother Frigga.[b]Loki surreptitiously steals TVA technology and the Tesseract and tries to escape, but soon gives up when he realizes that the TVA's power greatly exceeds that of the Infinity Stones, which are powerless in the TVA's headquarters. Loki returns to the Time Theater, where he views his intended future. He sees his improved relationship with his adoptive brother Thor, the death of his adoptive father Odin,[c] and his own death at the hands of Thanos.[d] Loki realizes that his cruelty and mischief will not lead to his own ascendance and agrees to work with Mobius to hunt down the killer of several TVA troops, whom Mobius says is a fugitive variant of Loki.In 1858, at Salina, Oklahoma, TVA Minutemen investigating an object from the third millennium are ambushed and killed by a hooded figure.Dom Cruze https://linktr.ee/DomcruzeT banks https://www.youtube.com/user/ahawk1427Q https://anchor.fm/q-thereviewILL ig @youknowits_i

Wearing a new Captain America uniform and flight suit from the Wakandans, Wilson flies to New York to stop the Flag Smashers' attack with the help of Barnes, Carter, and Walker. Carter accidentally reveals that she is the Power Broker to Batroc and kills him while Wilson attempts to reason with Morgenthau before Carter kills her as well. Wilson convinces the GRC to postpone the forced relocation of displaced people that Morgenthau died fighting for and instead make efforts to help them. The remaining serum-enhanced Flag Smashers are caught by Barnes and Walker and sent to the Raft, but they are killed by Zemo's butler, Oeznik, en route. De Fontaine gives Walker a new uniform and codename: U.S. Agent. Barnes makes amends with everyone he hurt or enabled as the Winter Soldier while Wilson has a memorial dedicated to Bradley added to the Captain America museum exhibit. In a mid-credits scene, after receiving a full pardon, Carter rejoins the CIA and intends to use this access to sell government secrets and resources.Dom Cruze https://linktr.ee/DomcruzeT banks https://www.youtube.com/user/ahawk1427Q https://anchor.fm/q-thereviewILL ig @youknowits_i

Wilson and Barnes demand the shield from Walker, starting a fight in which Walker destroys Wilson's wingsuit. The fight ends with Wilson and Barnes taking the shield and breaking Walker's arm. Barnes finds Zemo in Sokovia and hands him over to the Dora Milaje, while Walker receives an other than honorable discharge and is stripped of his role as Captain America. Afterwards, Walker is approached by Contessa Valentina Allegra de Fontaine. Wilson leaves the damaged wingsuit with Torres and visits Bradley, who states his belief that a Black man cannot, and should not, be Captain America. Wilson returns home and helps fix the family boat, with assistance from several locals as well as Barnes who delivers a briefcase from the Wakandans to Wilson. Barnes and Wilson train with the shield and agree to move on from their pasts and work together. The Flag Smashers plan an attack on a GRC conference and are joined by Batroc, who has been hired by Carter. In a mid-credits scene, Walker builds a new shield from scrap metal and his war medals.Dom Cruze https://linktr.ee/DomcruzeT banks https://www.youtube.com/user/ahawk1427Q https://anchor.fm/q-thereviewILL ig @youknowits_i

Ayo gives Barnes eight hours to use Zemo before the Wakandans take him for having killed their king T'Chaka.[c] Zemo helps find Morgenthau at a funeral for her adoptive mother, where Walker and Hoskins intercept them. Wilson speaks with Morgenthau alone and attempts to persuade her to end the violence, but an impatient Walker intervenes, and a fight ensues. Zemo destroys most of the serum before he is apprehended by Walker, who secretly takes the last vial. Ayo and the Dora Milaje come for Zemo, but Walker refuses to hand him over. In the ensuing fight, the Dora Milaje humiliate Walker and Zemo escapes. Morgenthau threatens Sarah, forcing Wilson to meet with her so she can attempt to persuade him to join her. Walker and Hoskins engage other members of the Flag Smashers, leading to another fight in which Morgenthau accidentally kills Hoskins. Enraged by his friend's death and having taken the serum, Walker uses the shield to kill Nico, one of the Flag Smashers, in front of horrified spectators who film his actions.Dom Cruze https://linktr.ee/DomcruzeT banks https://www.youtube.com/user/ahawk1427Q https://anchor.fm/q-thereviewILL ig @youknowits_i
See More
Comments